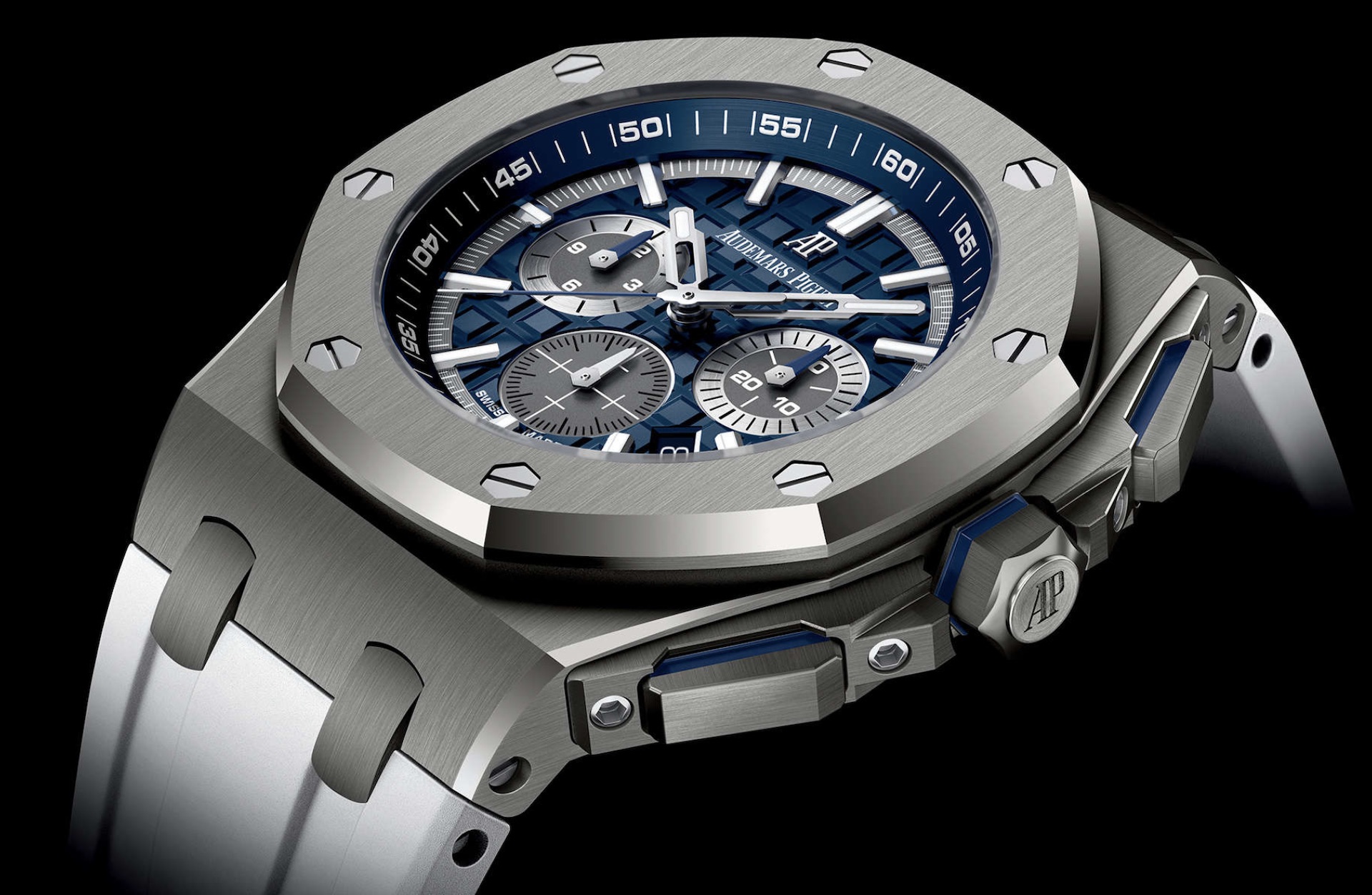 It looks like Audemars Piguet is aiming to capture the Royal Oak buyers who can’t quite get their hands on one, as they’ve outfitted this ref. 26480TI.OO.A027CA.01 with the Calibre 2385 that allows for the sub-dials at 3, 6, and 9 o’clock, as opposed to the existing Royal Oak Offshore models that use the Calibre 3126/3840 which has the chronograph sub-dials at 6,9, and 12 o’clock. This also allows for a thinner case size, with this new model coming in at 12.8mm-thick, while existing 42mm Royal Oak Offshore chronograph models are 14.5mm-thick. Water resistance isn’t affected, remaining at 100M. 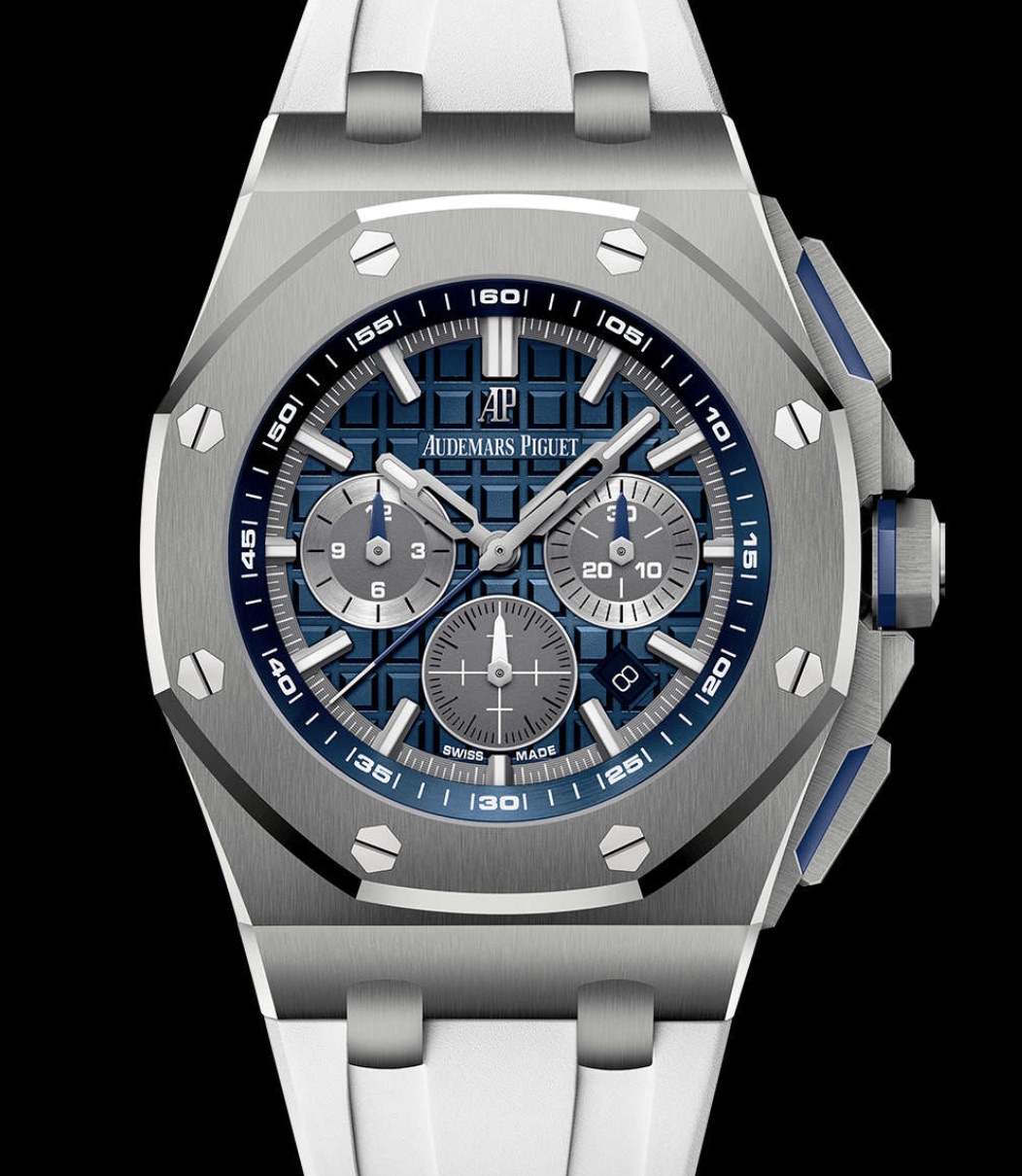 The new dial is done with blue “Méga Tapisserie” pattern and gray sub-dials, and it looks like the partially skeletonized hour and minute hands are new, as well. The second hand is blue, and that color pattern extends to the base of the crown and chronograph pusher, as well as the blue rubber strap the watch comes on. 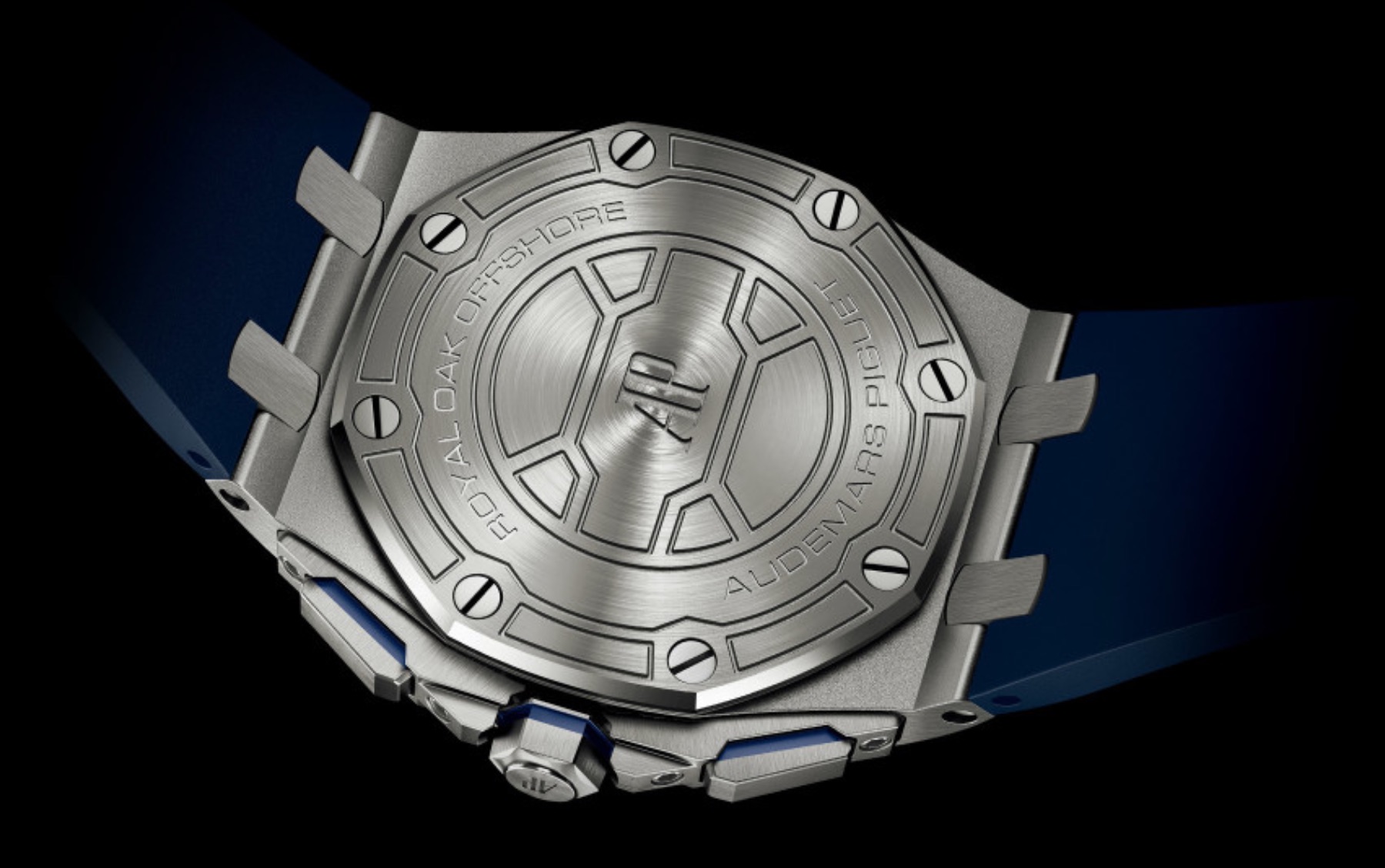 I think this is a really smart move from Audemars Piguet in making the Royal Oak Offshore a more desirable luxury sport watch. I’ve always had a bias against 6,9,12 chronograph sub-dial layouts, and the thinner case in lightweight titanium is a welcome addition. Also, it looks like this isn’t a limited-edition version but I assume production will be tight and demand high. Price for this new Audemars Piguet Royal Oak Offshore Chronograph is about the same as existing versions at $26,800. You can learn more at audemarspiguet.com