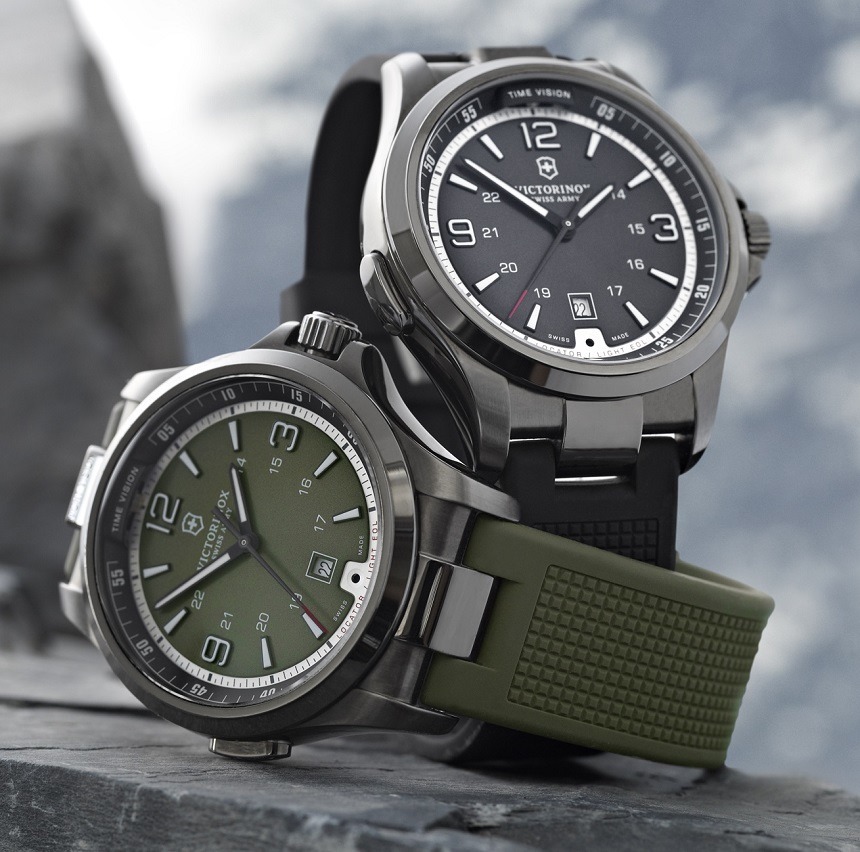 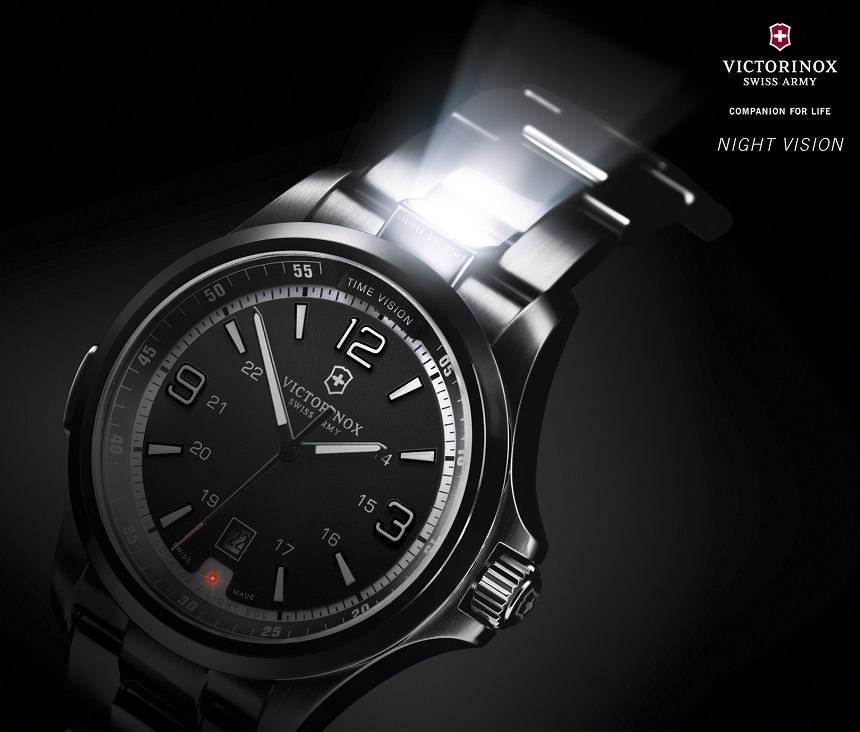 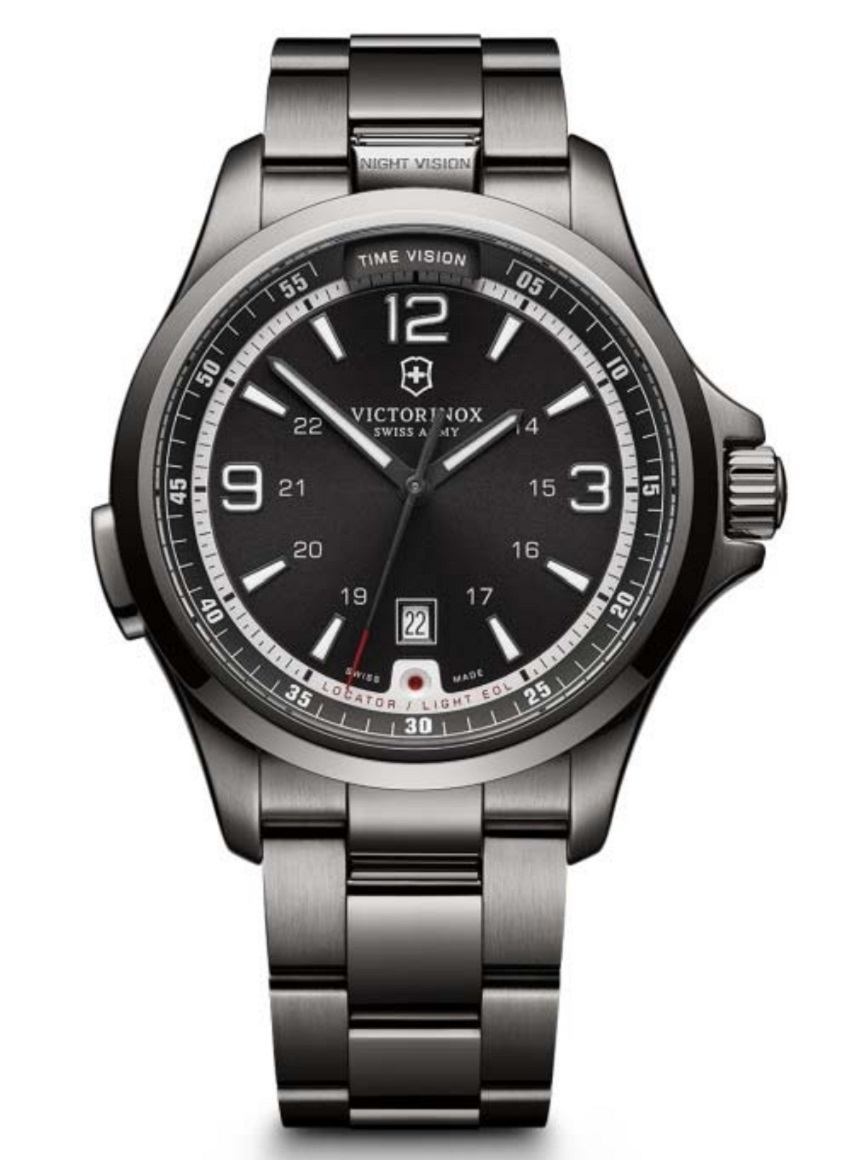 Users can also now disable the blue LED light that serves to illuminate the dial for reading the time more easily in the dark. Victorinox Swiss Army already provides light-charged luminant material painted on the hour markers and hands, and has found that some wearers prefer to disable the dial back light, which can now be toggled to activate or not on request. One final change to the lighting module in the Victorinox Swiss Army Night Vision is the functionality for the strobe light mode. Now, the strobe mode blinks “SOS” in Morse code as an emergency beacon should the wearer find themselves in a dangerous situation. 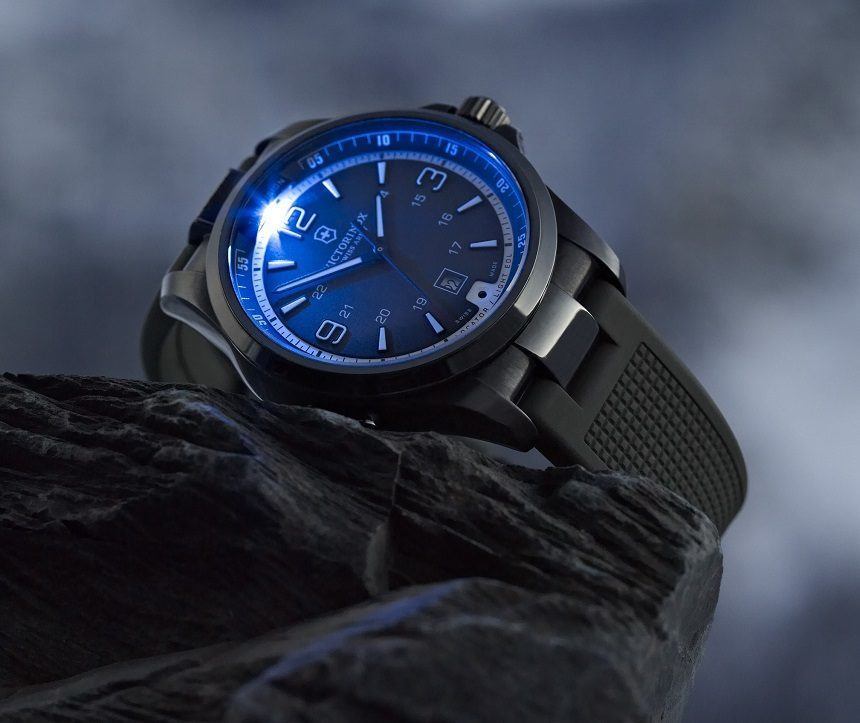 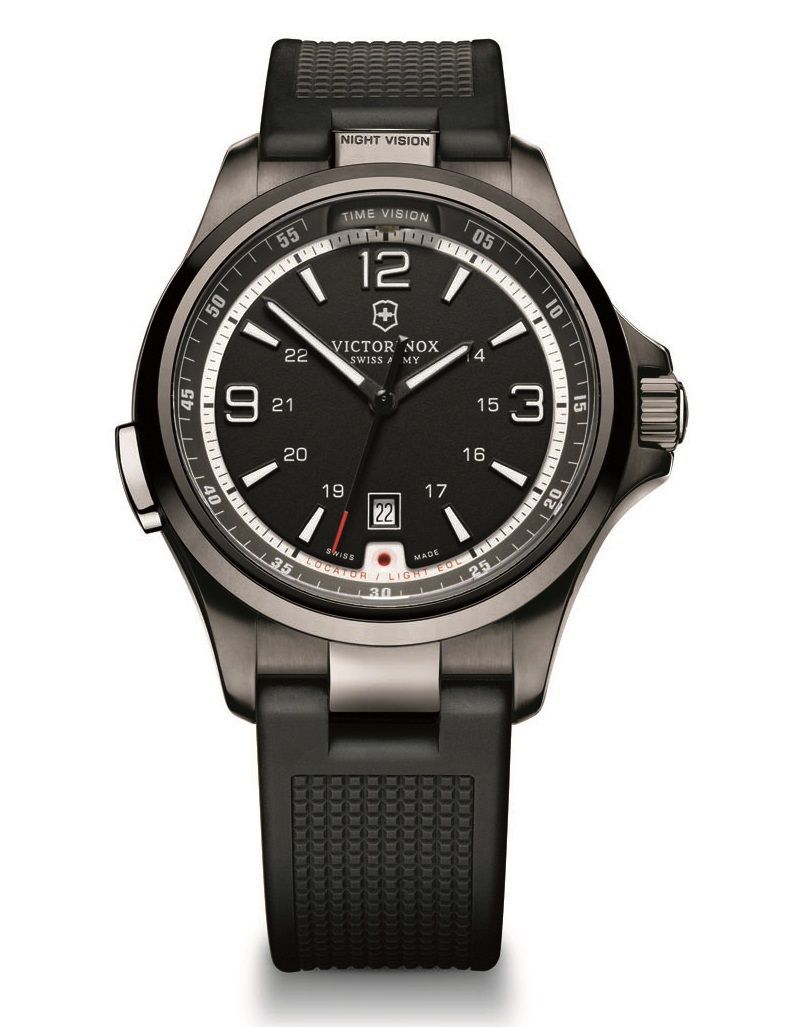 Setting the time on the Victorinox Swiss Army Night Vision is accomplished via the traditional screw-down crown located on the right side of the case, while the six light models are operated via the pusher on the left side of the case. Durability features include an anti-reflective treated scratch-resistant sapphire crystal over the dial, as well as a case with 50 meters of water resistance.

For the ultimate in performance, style, Swiss refinement, and reliability Victorinox Swiss Army’s Night Vision watch collection is an ideal way of having a powerful LED flashlight without having to carry extra gear. Prices for the Victorinox Swiss Army Night Vision watch collection range from $595 – $795 USD. For more information or to purchase, visit victorinoxwatches.com.