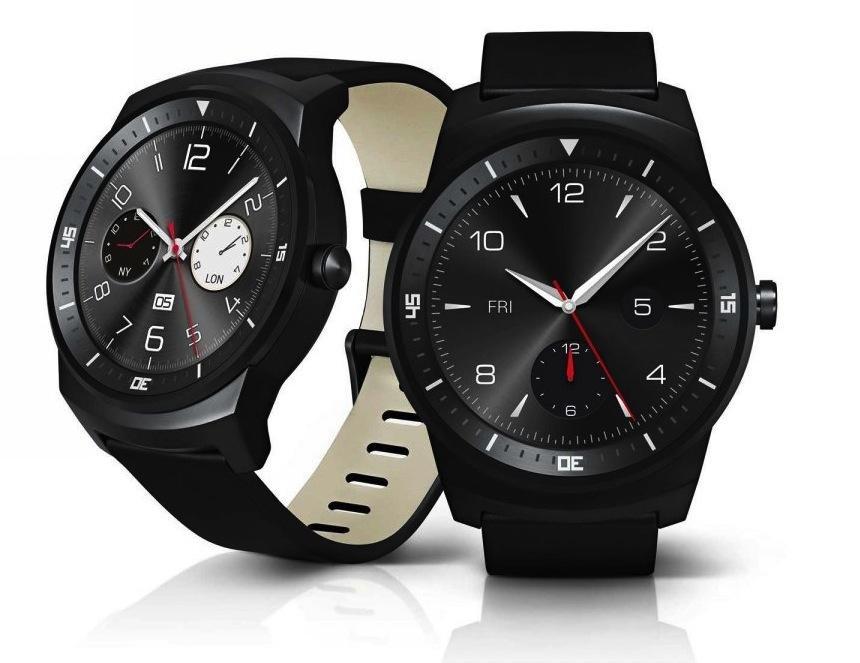 The market for the “sensible smartwatch” has been heating up lately, as we have three extremely strong offerings coming up from three industry giants. For one, there is Motorola’s Moto360, which will bring a perfectly round shape and a large, albeit not perfectly circular display to the market in the coming weeks. Then there is the Samsung Gear S, a bold new announcement with a curved a display that we covered just a few hours prior to today’s other highly important release: the LG G Watch R Smartwatch. Let’s take a look now at the latter and see why it might mean an important step towards the more wearable and more capable smartwatch. 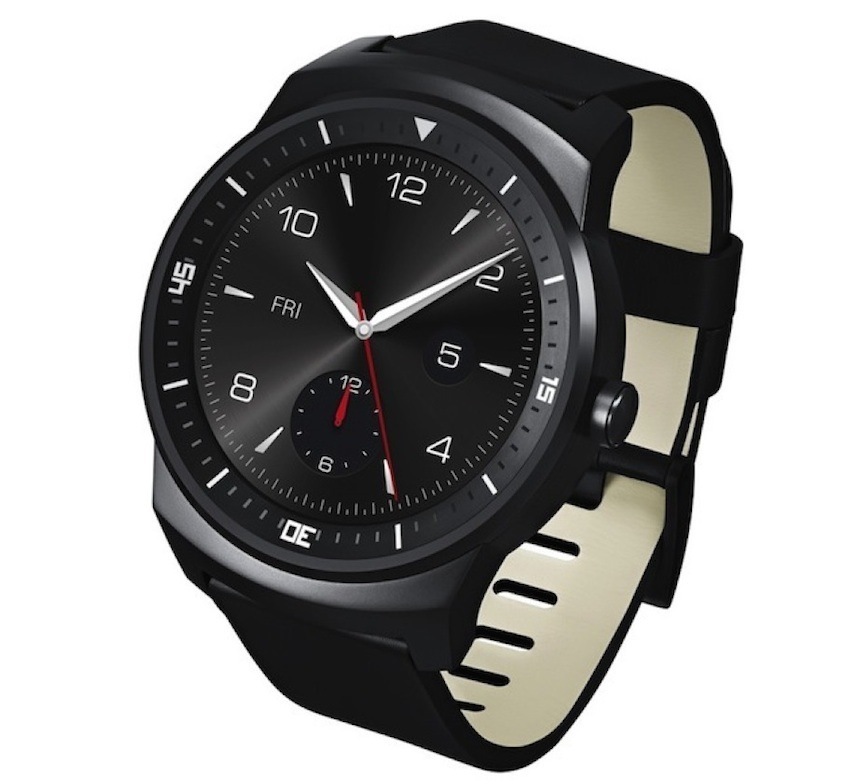 As is made obvious by the officially released images, the LG G Watch R smartwatch was designed to blend several key design elements of a more classically styled sports watch with all the necessary goodies of a smartwatch. Its nearly perfectly round shape, IP67 rated water resistance that guarantees the watch to remain functional up to a depth of one meter for 30 minutes, 22 millimeter lug width and calf skin leather strap all refer to a new-found (and most welcome) emphasis on wearability and comfort.

With that said, the fact that LG neglected to note the exact size of the watch itself in their official press release shows that tech companies still tend to be much more obsessed over the dirty-nerdy aspects of their gadgets than some of the more realistic attributes of a timepiece. Anyhow, we expect the stainless steel case of the LG G Watch R smartwatch to be around 43-45 millimeters in diameter. 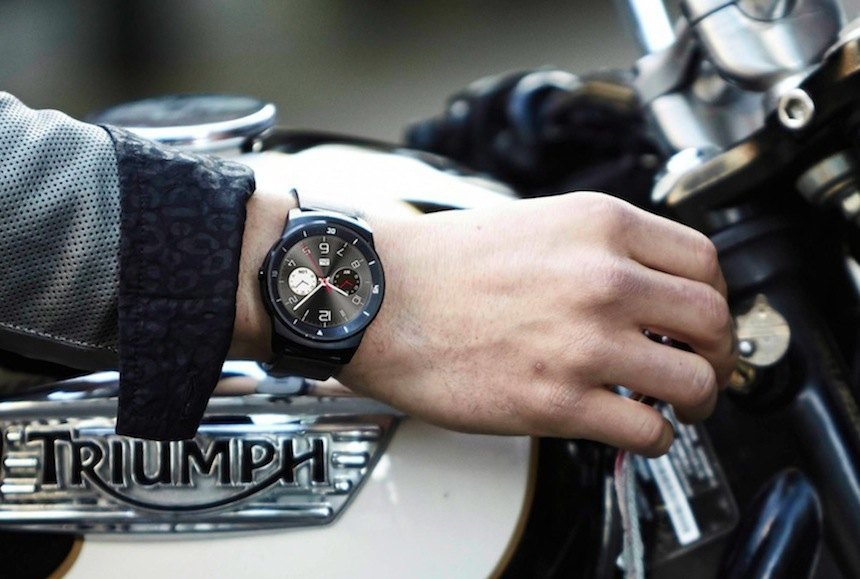 Despite the more restrained looks, LG’s latest and greatest in wearable tech packs some highly impressive hardware. The centerpiece of the watch is of course the 1.3 inch, 320 x 320 resolution display which is perfectly round. Now, while that may not sound like that big of a deal, it is with reason that LG is proud of this display. For one, it is indispensable when creating a more traditionally styled watch and, second, the display we saw on the Moto360 (one of the key competitors of the G Watch R Smartwatch) has a “flat tire” look to it, with a small segment at the bottom of the screen missing.

In practice this means that while Motorola had to “chip off” part of the display to create a housing for some of its usually hidden components, LG has somehow managed to squeeze those parts under the bezel and the dial. Furthermore, the P-OLED (i.e., plastic OLED) module of the “R” is a first in smart watches and promises great legibility and clarity even in direct sunlight – while also easing up on battery drain. How all that works out, though, is something we will have to see for ourselves.

Providing the necessary “oomph” for the display and the dozens of apps included in Android Wear technology is a quad-core Qualcomm Snapdragon 400 chipset that runs at 1.2 GHz – and while all that may sound gibberish to most of us, it is mind-boggling enough to think how this kind of speed had been considered to be amazing even for desktop PCs really not that long ago. Packed next to the ample processing power is 512MB of RAM and 4GB internal storage, which should be more than enough to contain and run all wearable apps one can imagine. 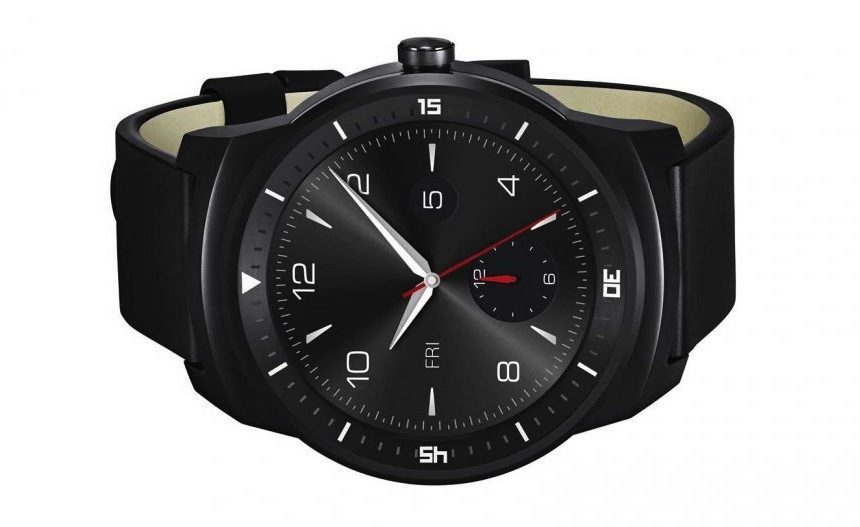 Wearability is not just about more ergonomic shapes and sheer performance: when it comes to wearable tech, a major issue was – and basically still is – battery life. While most mechanical watches have a power reserve of around 38-45 hours, and we never mind taking the few brief moments to wind them up every two days, when it comes to smartwatches, we know they have to spend hours hanging on a charging cable that would breathe new life into them. The new LG G Watch R smartwatch packs a 410 mAh hour battery, a negligible 10 mAh more than its predecessor. To give you a better idea of what one can expect, the 410 mAh figure is about 1/5 of the capacity of most modern smartphones; which does not sound that bad, but once we consider that there is a relatively large screen, a powerful processor and ceaseless wireless connectivity, all requiring constant power from the tiny battery, things soon start to look rather dim – quite literally.

By now, we have become thoroughly familiar with what drives the LG G Watch R smartwatch, so let’s see what all this witchcraft is actually good for. Much like most other modern smartwatches, the “R” will run Android Wear, which is Google’s software specifically tailored to suit wearable devices. Beyond telling the time – as these are still watches, after all – Android Wear does a whole lot more. It is much like the “normal” Android that is running on your phone: this piece of software is responsible for running all the apps of the watch, harnessing the integrated barometer and 9-axis sensors (gyro / accelerometer / compass), as well as establishing and maintaining a connection between your watch and phone so as to receive instant notifications of missed calls, new email and text messages and a number of other updates. 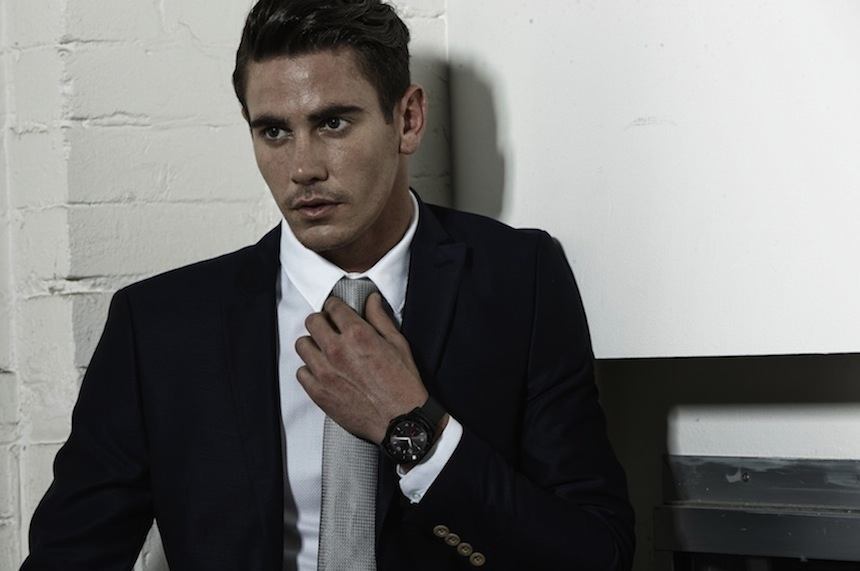 The watch will also feature “a suite of LG health and fitness apps”, doubling the LG G Watch R smartwatch as an alternative (or perhaps even a substitute) for fitness-watches. How Android Wear will perform when out in the wild and in the long term is a question that fascinates us greatly and we are looking forward to putting it to test as soon as any one of the three aforementioned devices become available – mind you, the Moto360 is expected to be first with an expected release date of the 4th of September.

In conclusion, the modern smartwatch has overcome most of its haunting shortcomings by offering relatively high resolution, colorful and touch-sensitive screens and more than ample processing power. And yet, one issue stubbornly remains: battery life. There is only so much charge such a small pack of battery can hold at the moment, and so it is low-energy-consumption Bluetooth 4.0 connectivity, organic LED screens, smarter processors, and other technological breakthroughs which we must rely on to get more usage time out of these new devices. The LG G Watch R smartwatch comprises just about all of these high-tech features and so it promises to be a very capable contender among smartwatches. LG chose not to disclose any pricing just yet as the LG G Watch R smartwatch will be available a bit later on, sometime in early Q4 of this year in all major markets. lg.com