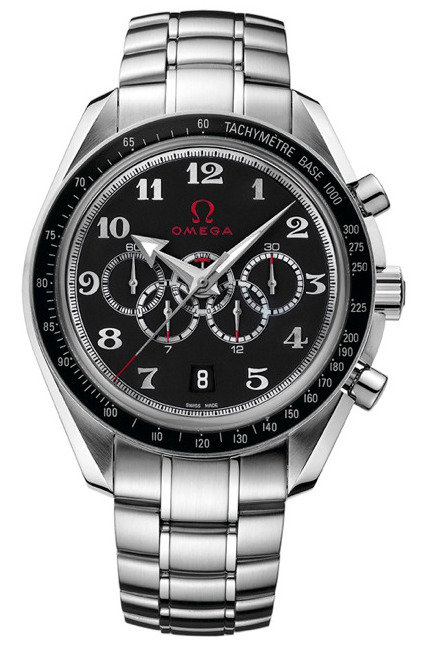 This collection is really a great idea from Omega. It was only a matter of time before their Olympic connection went more mainstream. Typically the Olympics theme is only used with limited edition watches that are great, but high in cost and hard to find. Now Omega has decided that the Olympics connection is more mainstream marketable (still not cheap though) – something which which I agree. Thus, we have at least four new watches in the “Olympic Timeless Collection” that not only has very attractive watches, but deeply imbues each timepiece with a classic style and the Olympics + Omega connection.

The watches here contain one of two movements. First is the Omega Caliber 3313 Co-Axial automatic movement that is the more classic looking tri-compax chronograph with three subdials. This is placed in the Seamaster models. Then there is my favorite, the Omega Caliber 3888 Co-Axial automatic movement first seen in 2008 on this limited edition Omega Summer Olympics watch. The very cool movement features five subdials that look like the Olympic rings. Functions on the 3888 movement are interesting. In addition to a week long chronograph, is a day-date calendar (date is shown in a window at 6 o’clock). Not sure how useful the seven day long chronograph is, or is that is exactly what odd chronograph dial is used for – Omega isn’t clear on that exactly. Both movements are of course automatics, and likely all COSC Chronometer certified. 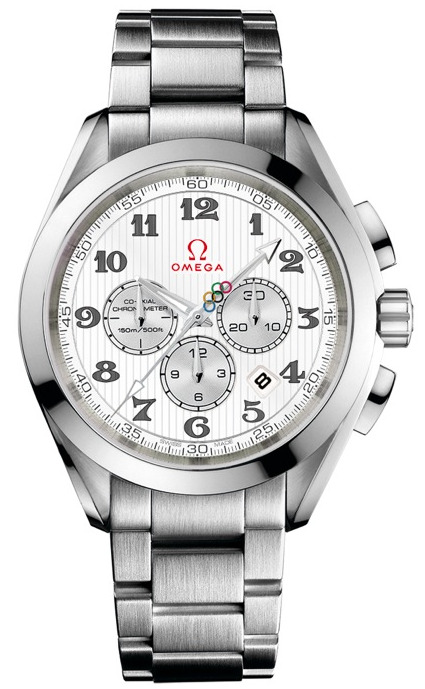 Style on the watches comes from some of the Omega “throwback” models that look to the 1930s I think. You see what I call “railroad” style Arabic numerals that feel old-timey good. The watches have a variety of very visible hands that are taken from other Omega watches such as the Aqua Terra and some of the Speedmaster models. I think the hands are paired well with the watches they are on. Omega also throws in their retro style logo, that is in all red with a look right out of granddad’s era. These features contribute to the “Timeless” part of the collection’s name.

The Olympics connection is not evident on all watches (at least on the face). Though I do suspect the casebacks will have some clear engraving with details on this. The models with the 3313 movement have colorful Olympics rings as the counterweight on the seconds hand. I’ve always thought this logo makes a very attractive touch on the dials. But remember that they will only be moving if you operated the chronograph. It would be neat to see them on a non-chronograph watch, as the centrally placed seconds hand to see the rings sweeping around the dial all the time. 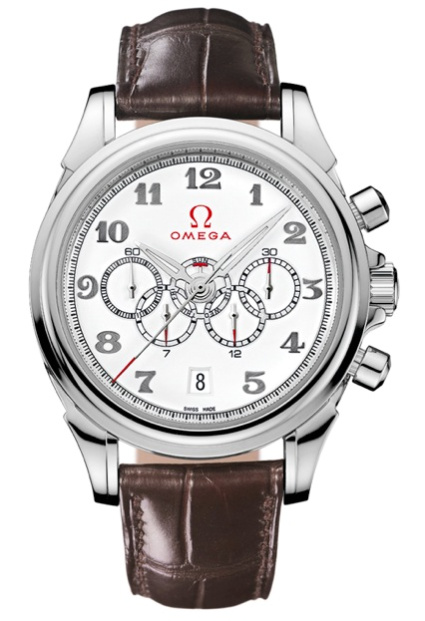 Of course the 3888 models have the chronograph subdials shaped like the Olympic rings – so maybe that is enough. I do appreciate the minimal amount of text on the dial. Omega could have easily gone the cheesy route with Olympic branding on the dials, but they didn’t (or maybe legally didn’t have the rights to).  I have a feeling that the watches are also a bit of a triumph for the brand as they have solidified their relationship with the Olympics until at least 2020.

On to the important stuff – the watches in the Olympics Timeless collection. First is my favorite, the kick-ass model that is gonna be a hit in my opinion. This is the Omega Timeless Olympic Speedmaster 5-Counter Chronograph. The concept is straight forward. Apply the Caliber 3888 movement in a Speedmaster case and give it the classic Timeless Olympic style dial. After Omega placed these parts in the proverbial martini shaker, the resultant concoction is great to the taste. Size is likely to be 42mm wide with a steel case. It isn’t even a limited edition, which means you could likely get one! Price for this model is a bit up there at 5,380 euros, not sure about in dollars yet. 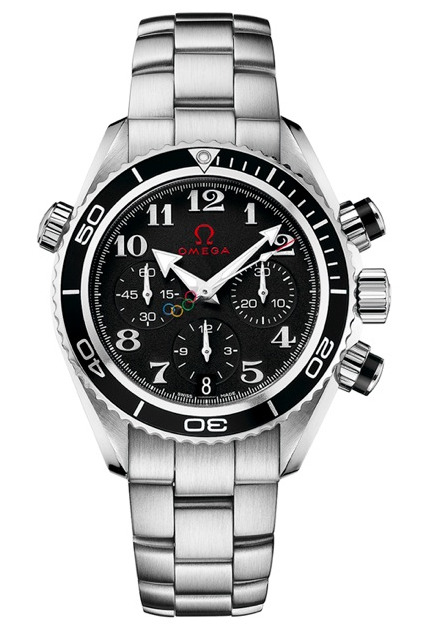 Next is the Omega Timeless Collection Aqua Terra Chronograph model. Here we seen an application of the 3133 movement with three subdials neatly laid out against a vertically patterned white dial. Here the minute hand is done with the arrow (which makes it more legible in my opinion). Notice that on each of the watches Omega places different combinations of the arrow hands – they can’t seem to decide which style works best (save for the De Ville that is sans arrow hands). The Aqua Terra will be the 44mm wide in a steel case – and likely the most classic looking of the bunch. Love those little Olympic rings on the chronograph subdial! Price is 4,610 euros.

Last are the Omega Olympics Timeless De Ville 5-Counter Chronograph and the Olympic Timeless Planet Ocean Chronograph Ladies watches. These are pretty straight forward really. You know the movements, you know the style. They are simple revisions of other Omega styles. The De Ville is in steel and 44mm wide with an alligator strap, and a very clean white face. Price for it is 5,760 euros. The most expensive of the bunch oddly enough. Last is the ladies Planet Ocean that looks good but quite masculine. Size is for the ladies though at 37.5mm wide. Price for it is 4,530 euros. Again, I am not sure about US prices or when the watches will be available (though likely early next  year). I do however think that they are a great idea for Omega and look forward to seeing them soon.