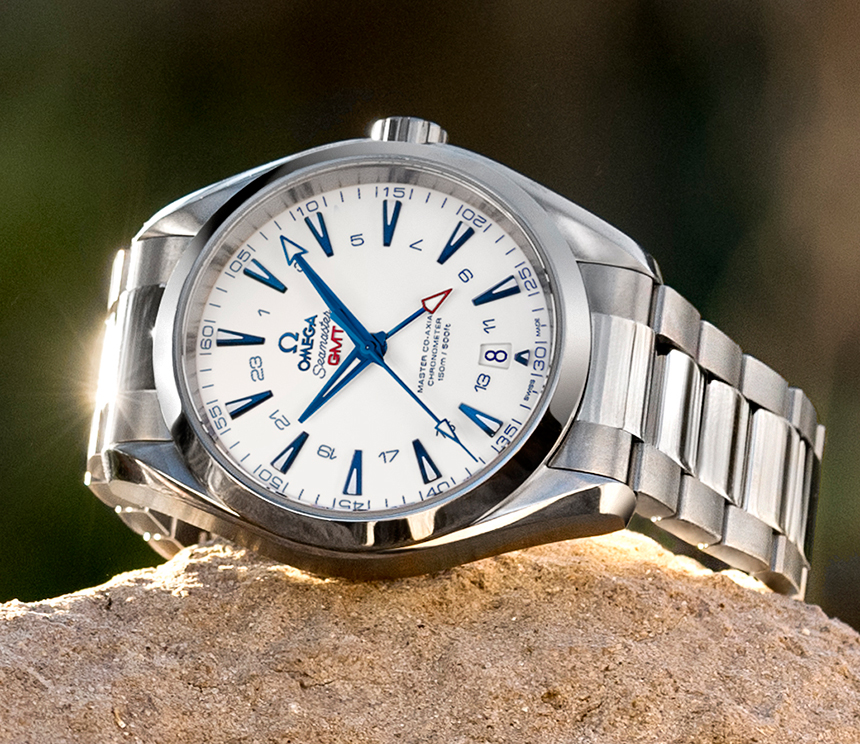 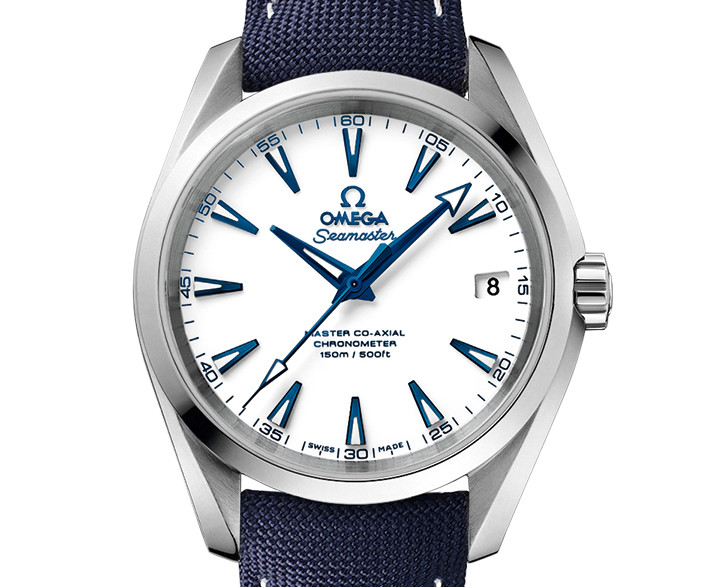 What started as a conservation effort with the 2012 documentary film Planet Ocean, has now grown to include a new extension aimed at highlighting the fragile relations that we humans have with the animal kingdom. With the upcoming film, Terra, the focus is now on two new wildlife conservation efforts in Botswana and a portion of the proceeds from this watch collection will go towards funding these works. 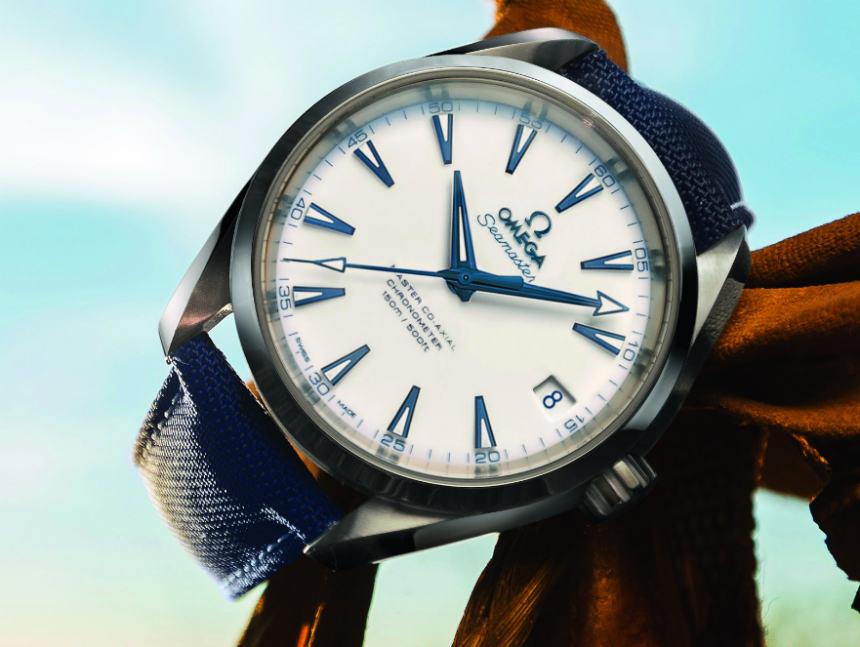 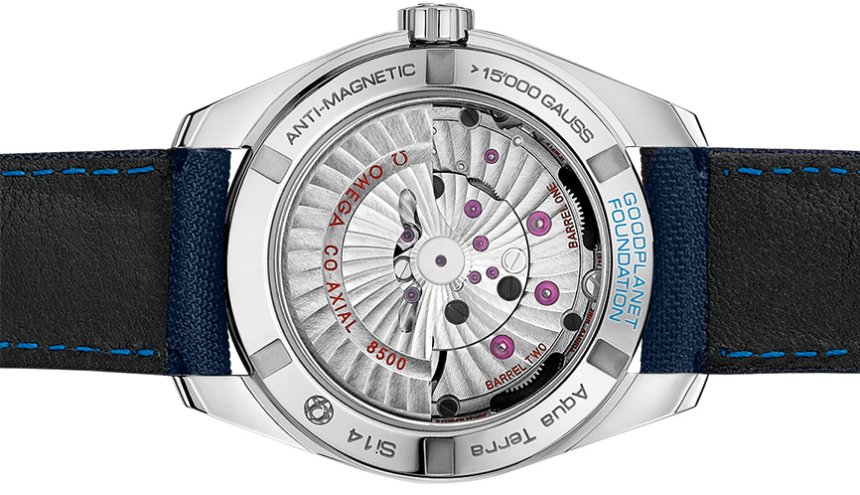 Starting with a sturdy, grade 5 titanium 38.5mm body, the Omega Seamaster Aqua Terra GoodPlanet is certainly nautically themed, and the applied blue indexes are gorgeous. The white lacquered dial is extremely clean, and the facetted blue hands are reminiscent of a Dauphine styling. The movement is visible through the case back which holds a domed sapphire crystal. Since this is a special edition, it is also engraved with a varnished blue “GoodPlanet Foundation.”

This Omega Seamaster Aqua Terra GoodPlanet is powered by a Master Co-Axial 8500, a familiar albeit increasingly dated movement. The 8500 boasts 26 jewels and runs at 25,200 vph (3.5Hz) and has a 60-hour power reserve. The antimagnetic properties of the Master Co-Axial series ensure a resistance of 15,000 gauss. In regards to water resistance, we are looking at 150M. 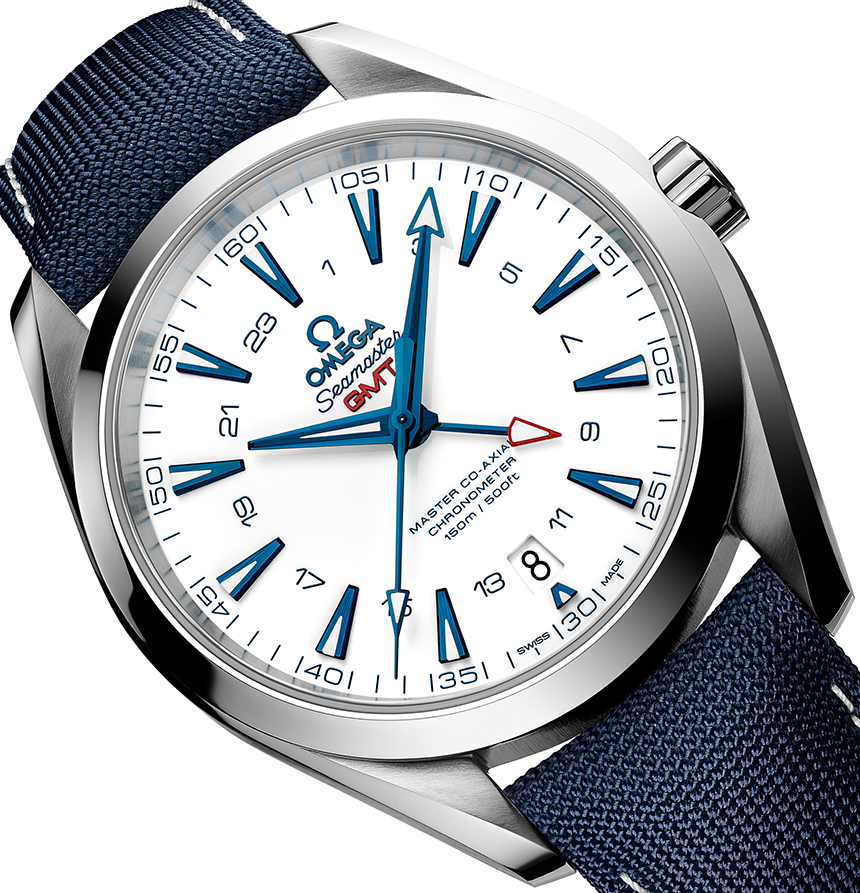 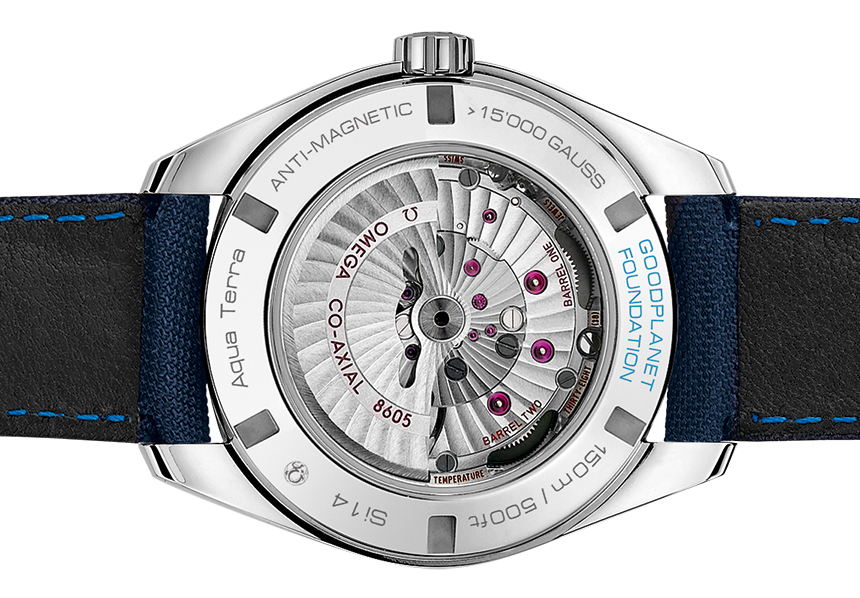 The larger Omega Seamaster Aqua Terra GoodPlanet GMT model is 43mm wide and features the Omega Master Co-Axial Calibre 8605 movement. This movement has 38 jewels and also operates at 24,200 vph (3.5Hz) with a 60-hour power reserve. The dial shares similar features with the smaller version, but includes a GMT hand with an applied red aluminum tip. 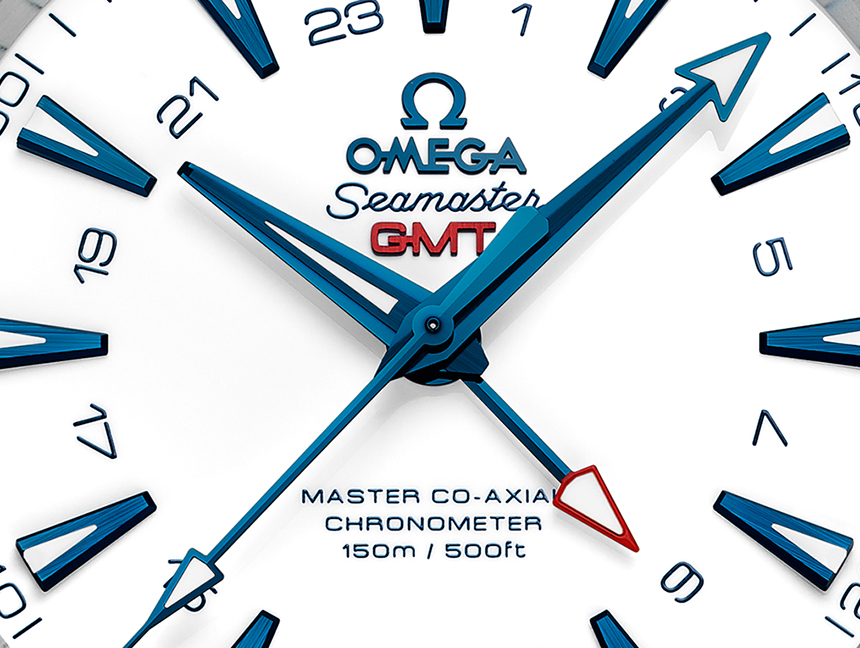 There is a classy, understated appeal with these watches and the expected ocean theme is appropriate and well-executed. What we’re sure of now is that fans are going to expect the newer movements in the Aqua Terra line as well. Price on the smaller Omega Seamaster Aqua Terra GoodPlanet watch is 7,000 CHF and price for the GMT version is 9,000 CHF. omegawatches.com