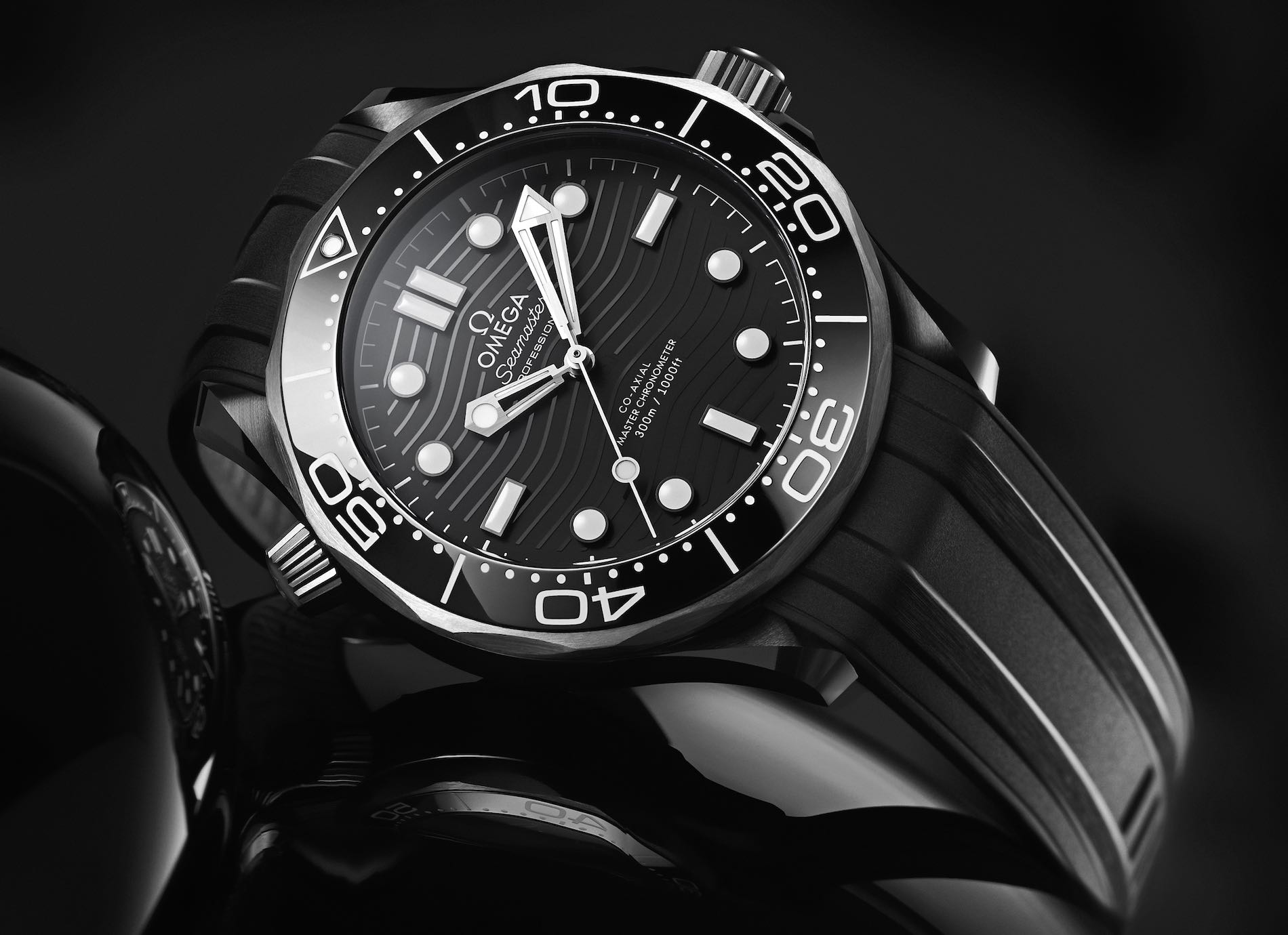 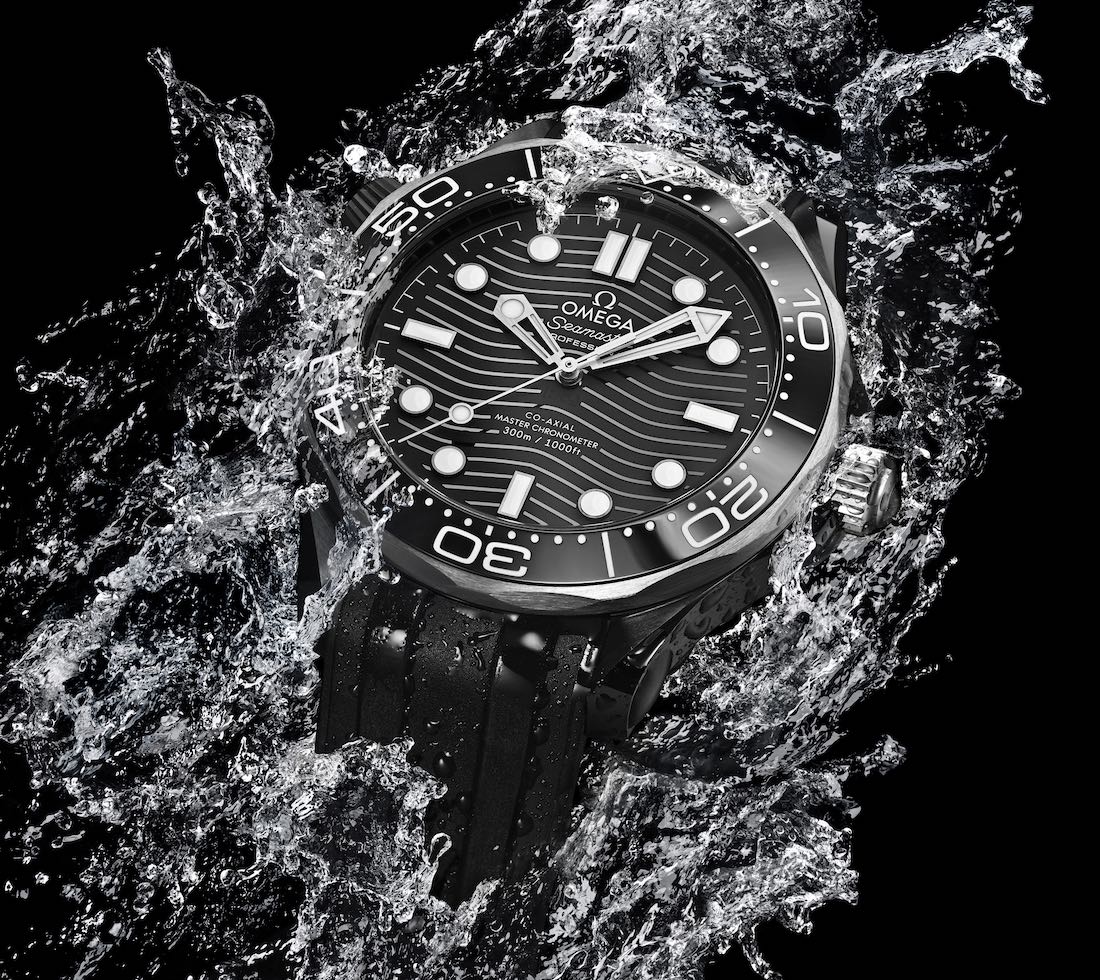 Sometimes it takes a while for classics to strike a chord with watch-lovers. Just because something is widely lauded as an archetype, or as so historically significant you simply have to care, doesn’t necessarily mean you will. Until it hits you, and then all bets are off. This is what I experienced with the Omega Seamaster 300m. As an Omega apprentice who worked on the old 1120-powered range from the ’90s and ’00s for a couple of frustrating years, I had more opportunity than most to see it up close. Try as I did, I just couldn’t forge a connection to it.

As I’ve said before on aBlogtoWatch, I suffered a similarly uncertain start to my relationship with the Omega Ploprof before falling in love with it. And suddenly, during the summer this year following the recent update debuted at Baselworld 2018, I got it. It hit me bang in the mouth and demanded my attention. Finally, I was converted. So, when I saw the press shots of the Omega Seamaster Diver 300m in Black Ceramic and Titanium, a dark and exciting new model (stirringly sans date), I was very, very interested. 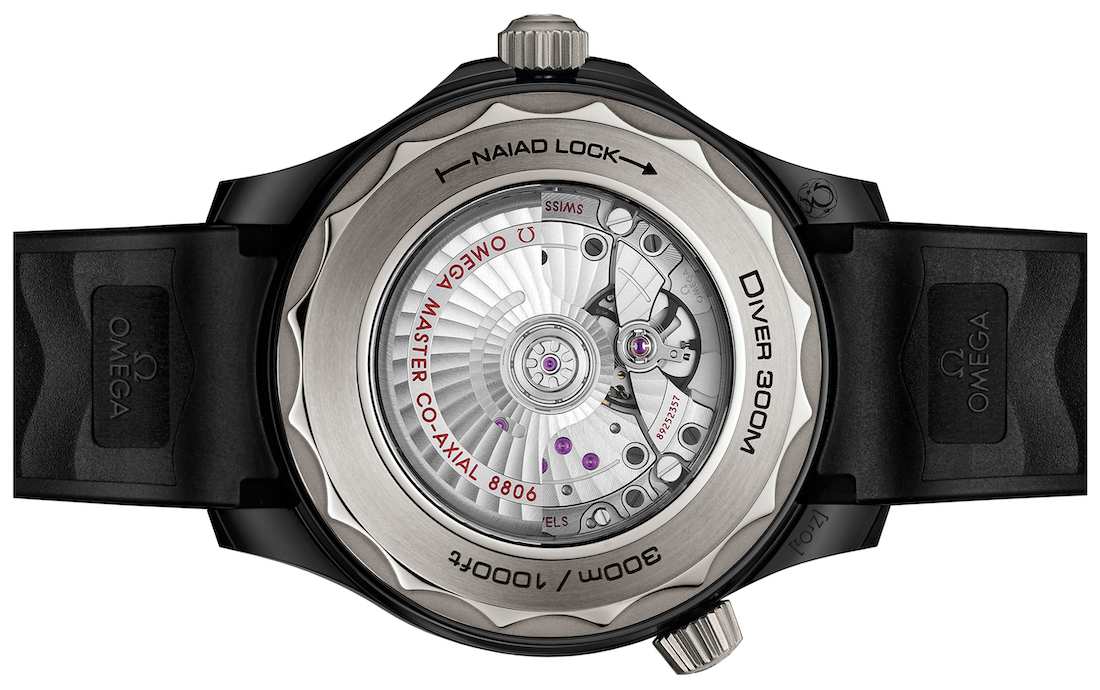 Let’s start with the good. First, the movement is excellent. I still wake up in cold sweats thinking about wrestling with a stubborn hairspring on an ETA 1120. What Omega has done since I left the company (hopefully, no correlation) is double-down on their status as an in-house manufacturer, and really make use of the technology at their disposal to create movements that are new, beautifully decorated, and a dream to service/assemble.

Omega has gifted its watchmakers with a solid, reliable, and very well-made caliber in the 8806. Customers should be enthused by this level of uniqueness from a brand that was, for a couple of decades, lagging well behind the high standards its history deserves.

The 8806 is approved by the Federal Institute of Metrology METAS, which has an in-house facility at Omega’s HQ. It beats at 25,200vph (3.5Hz), and is, therefore, able to offer a power reserve of 55 hours. It is resistant to magnetic fields of up to 15,000 gauss, thanks to the in-house silicon hairspring. The reliability and isochronism of this watch are beyond doubt. I say this with surety, as it is literally impossible to ‘bend’ or manipulate the hairspring in the traditional manner, due to the material it’s made of. One of the best things about the METAS test is the transparency associated with it. Should you wish, you can view the independently ratified results of your watch’s performance by entering its certificate number online. 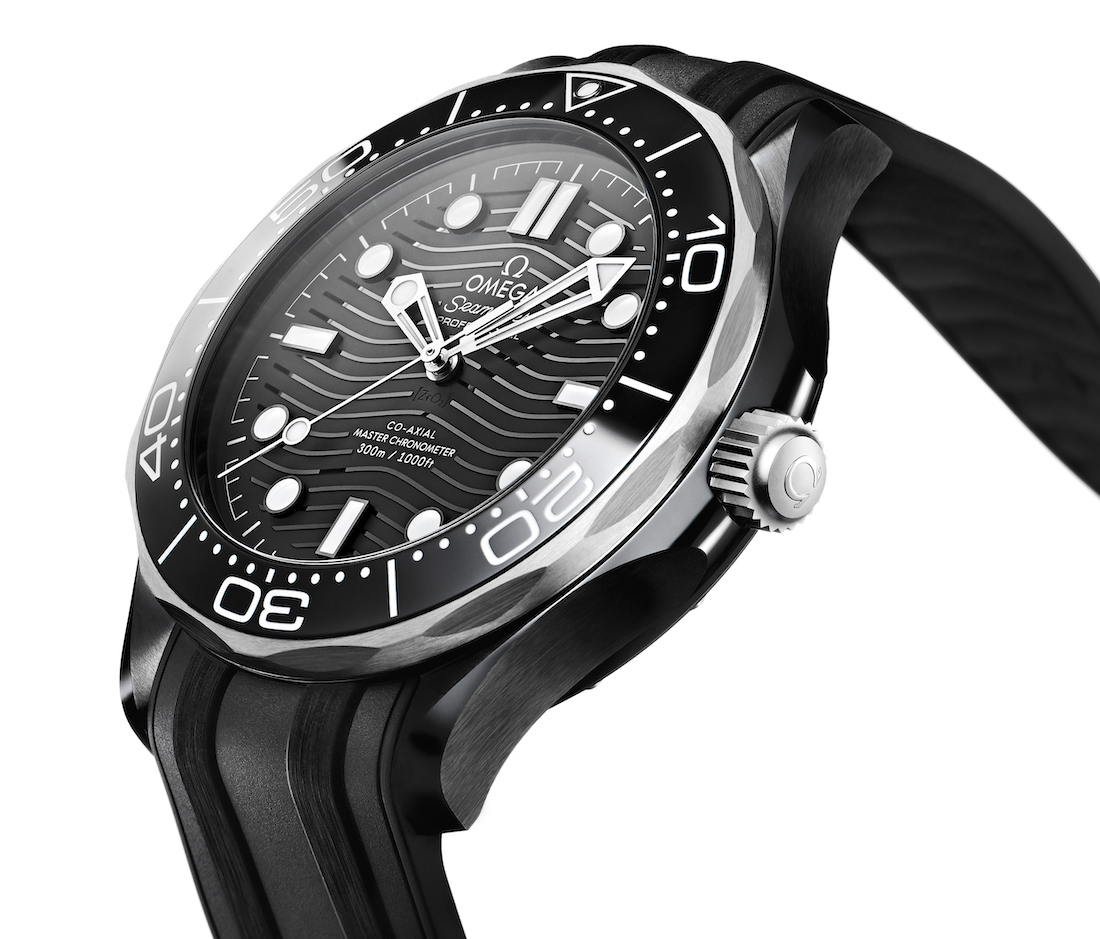 Another thing I like very much is the color scheme. Teaming a black case and bezel insert with a titanium bezel and crown makes for a stealthy combo. The absence of the date window at 6 o’clock also cleans up a dial that can look busy because of the wave pattern. On that note, the execution of the modern wave is sublime. The background has been etched away, leaving a raised, gloss wave pattern in the ceramic dial, rather than pad-printing the design in a slightly contrasting hue. The Omega Seamaster 300m Diver in Black Ceramic and Titanium also sticks with the redesigned helium valve that is now conical, as opposed to straight-sided.

But here are the things I don’t like so much. The update from Baselworld 2018 did very well to keep the diameter at 41mm. This new iteration is a swollen 43.5mm. For me, a man accustomed to wearing some pretty gargantuan watches without a problem found that the 41mm variant managed to command a good degree of wrist presence, despite its relatively small diameter. The 43.5mm measurement puts this more in the wear category of the Planet Ocean. I have a feeling this may annoy those looking for a more discreet timepiece.

Secondly, one of the stand-out features of the Omega Seamaster 300m was the price. Retailing at under $5,000 made it a ridiculous value proposition. The Omega Seamaster 300m Diver in Black Ceramic and Titanium comes in at a hugely inflated $7,500, on the rubber strap. The rubber strap is beautifully designed. It has a really cool keeper system that prevents that irking floating phenomenon. However, it is not the bracelet, which is one of the nicest things about this range in general.

Certainly, the Omega Seamaster 300m Diver in Black Ceramic and Titanium is a visual feast. Hopefully, it will find an audience that craves the extra size and doesn’t mind paying for it. Visit omegawatches.com for more information.