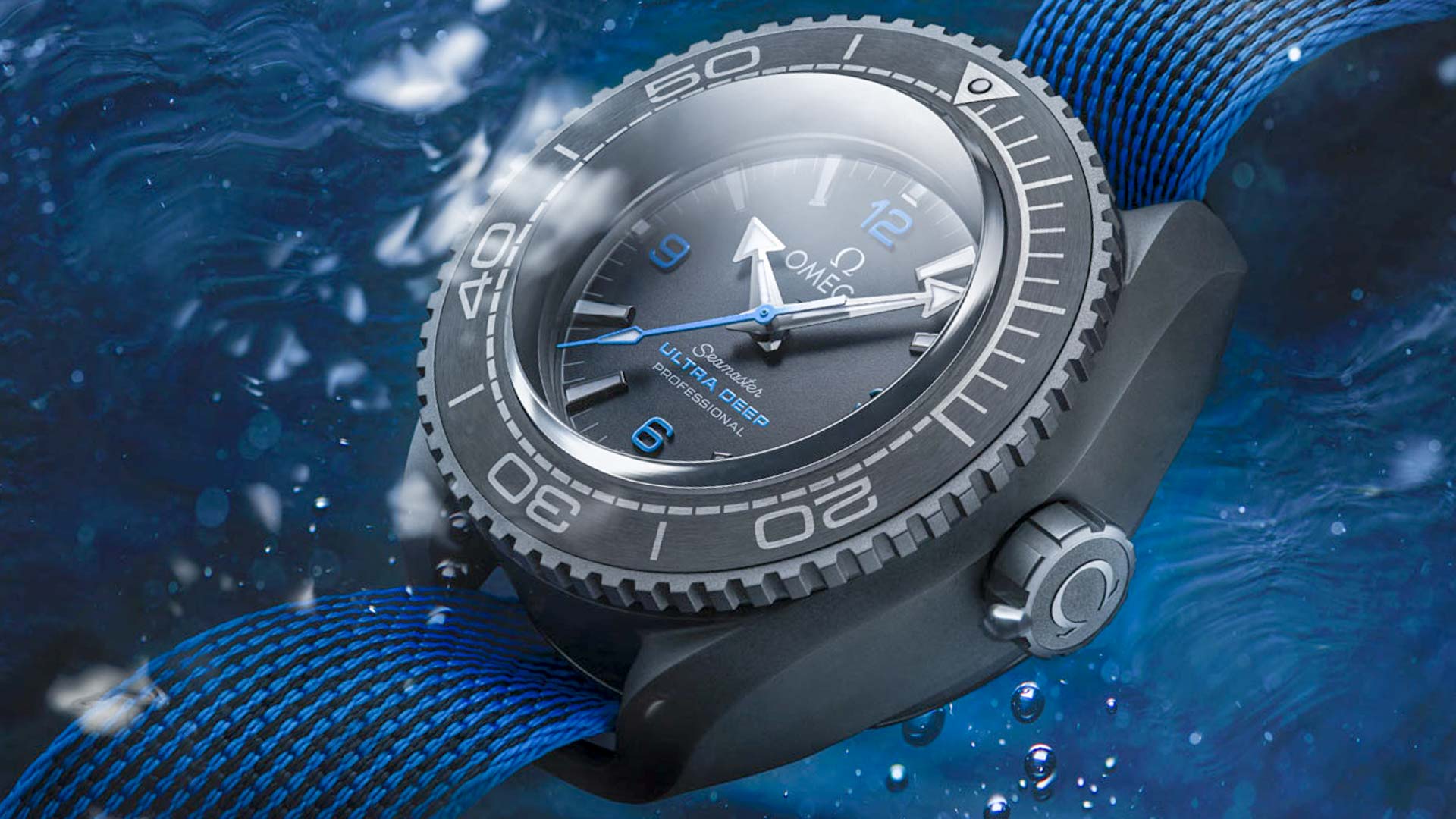 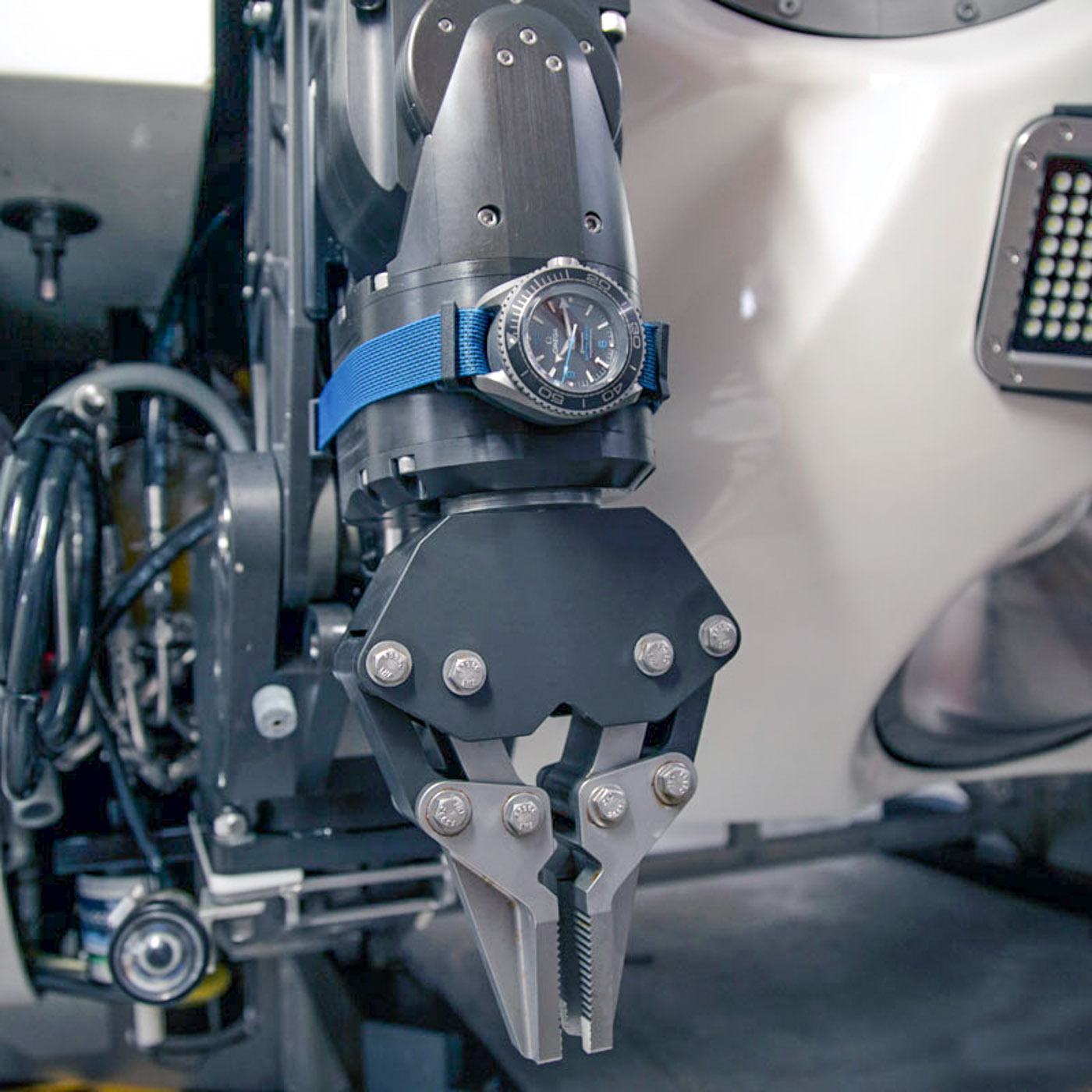 Back in May, those dedicated to oceanic exploration and professional diving have certainly heard the news that American explorer Victor Vescovo had set a new world record for the deepest dive, taking his vessel, aptly named “Limiting Factor,” to exactly 10,928 meters deep into the Pacific Ocean. A fascinating part of the story remained untold until just this moment: Strapped to the exterior of the submarine was the specially produced Omega Seamaster Planet Ocean Ultra Deep Professional, the watch that now ranks as the deepest diving dive watch ever created. Here’s what we know about it. 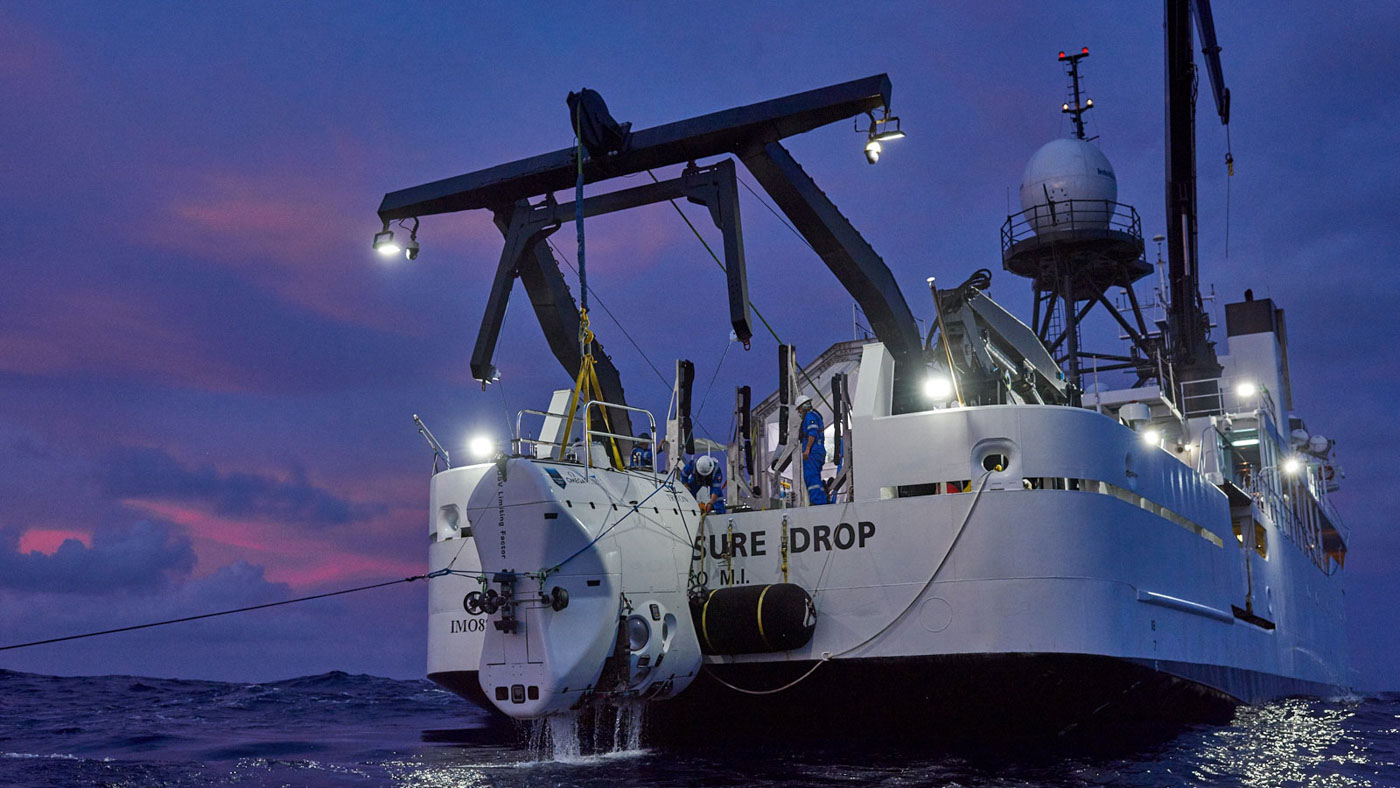 Vescovo’s record-setting dive is part of his larger project called “The Five Deeps Expedition” that, if successful, will be the world’s first human-guided expedition to the deepest point in each of the five oceans. I won’t bore you with too many of the — in fact, quite thrilling — details of the dive itself, but recommend that you watch this brief video put together by the BBC.

Here’s a relevant bit of history, and then we cut to the chase: Rolex historians and again, diving enthusiasts, will know that the previous record of 10,916 meters below surface was set back in 1960 by Jacques Piccard and Dan Walsh, whose Bathyscaphe Trieste had a Rolex Deepsea Special strapped to its exterior. Then, in 2012, movie director James Cameron attended to best their record but ended up only reaching 10,898 meters — this time with a Rolex Deepsea Challenger being put through its paces. 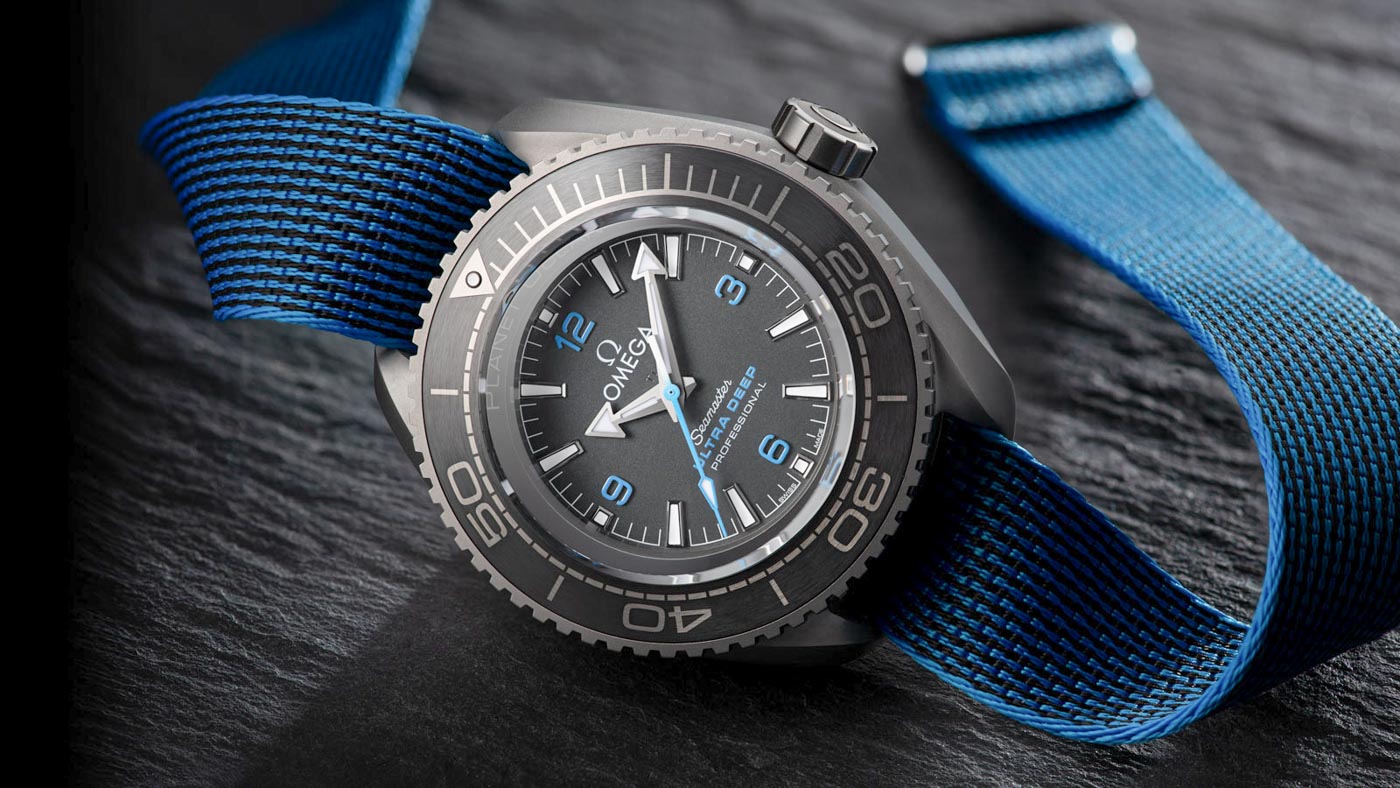 In May 2019, all those achievements were superseded by Victor Vescovo, his Limiting Factor submarine and not one, but three Omega Seamaster Planet Ocean Ultra Deep Professional watches. Omega says that all three watches “performed perfectly under extraordinary pressure.” Although that is every reason to be proud, what I find yet more impressive is how Omega’s depth-defying watch is the most timepiece-like of all those to have ever tick-tocked underneath a 6.79-mile-high body of water. 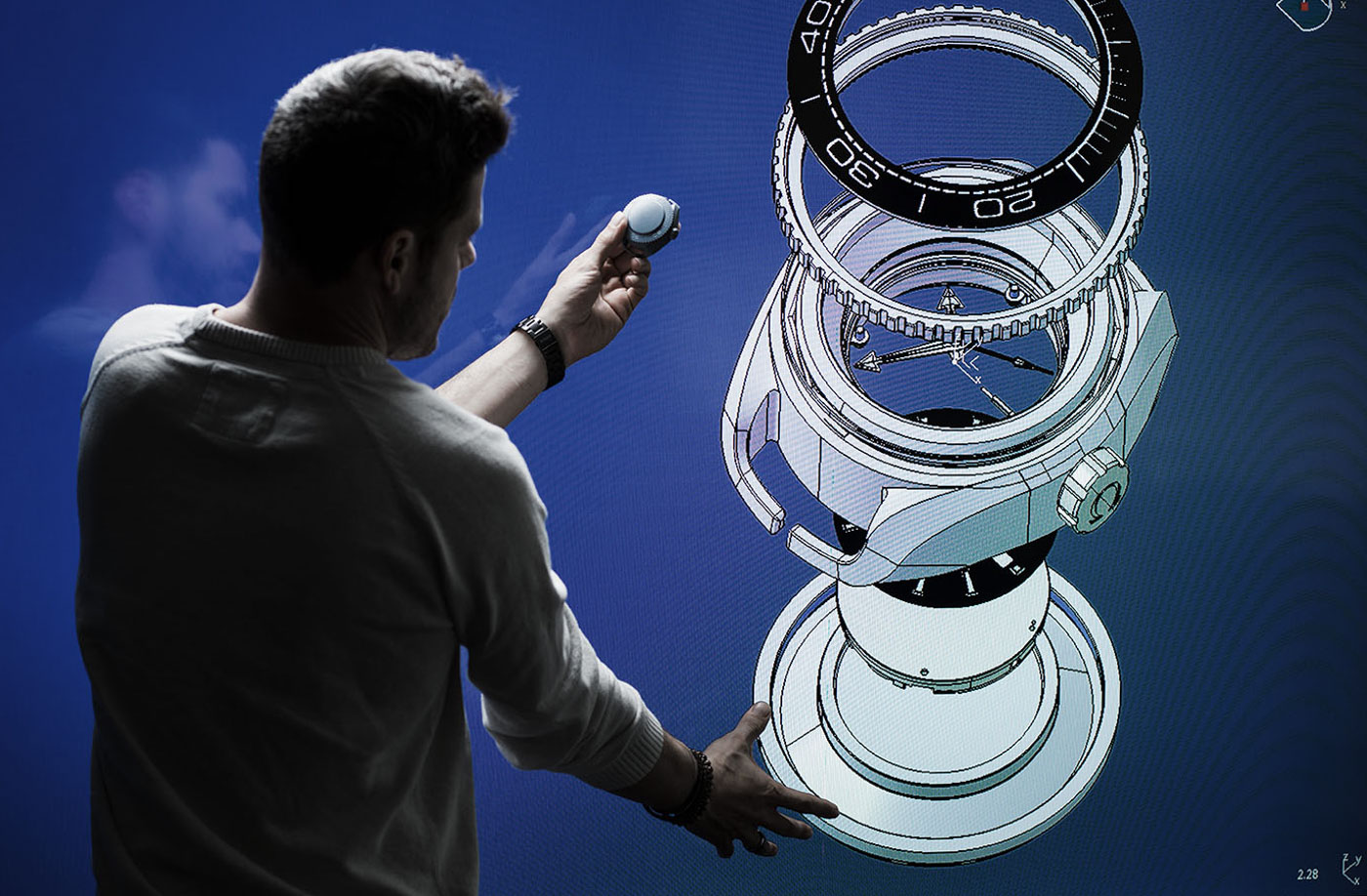 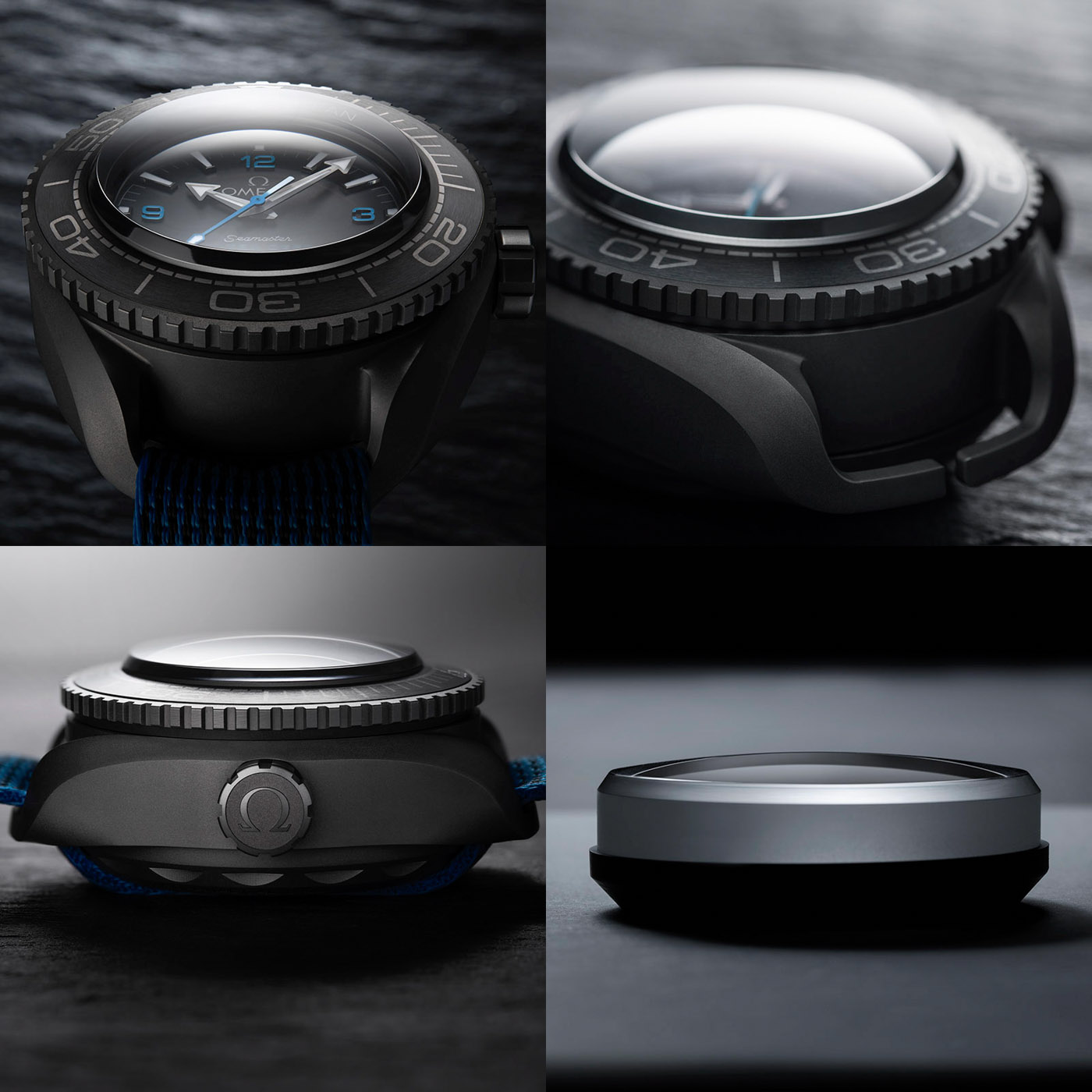 Making this impressive feat possible is what Omega calls “Ultra Deep Technology” that comprises 1) a viewport design, 2) manta lugs, 3) the heavy use of forged grade 5 titanium, 4) Master Chronometer calibers, and 5) a solid Liquidmetal bond in the sapphire-to-casebody assembly. In other words, it takes one highly engineered and very special watch to reliably perform under 15,750 pounds per square inch of pressure. In lay terms that means every square centimeter of the watch is supporting the weight of a small size car (just around 2,400 pounds or 1,100 kilograms). Imagine a bezel, a sapphire crystal or a screw-down crown, each balancing a bunch of cars — without a single crack. 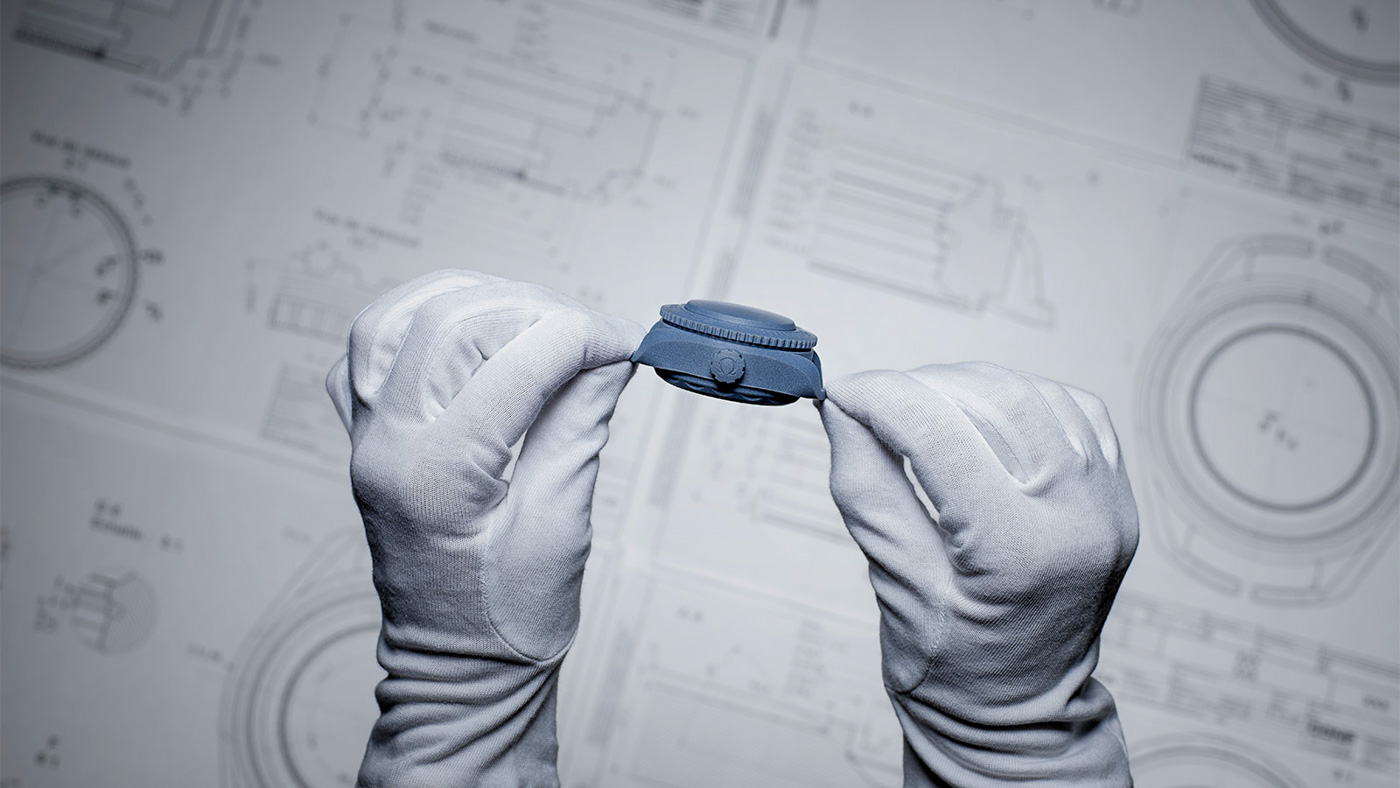 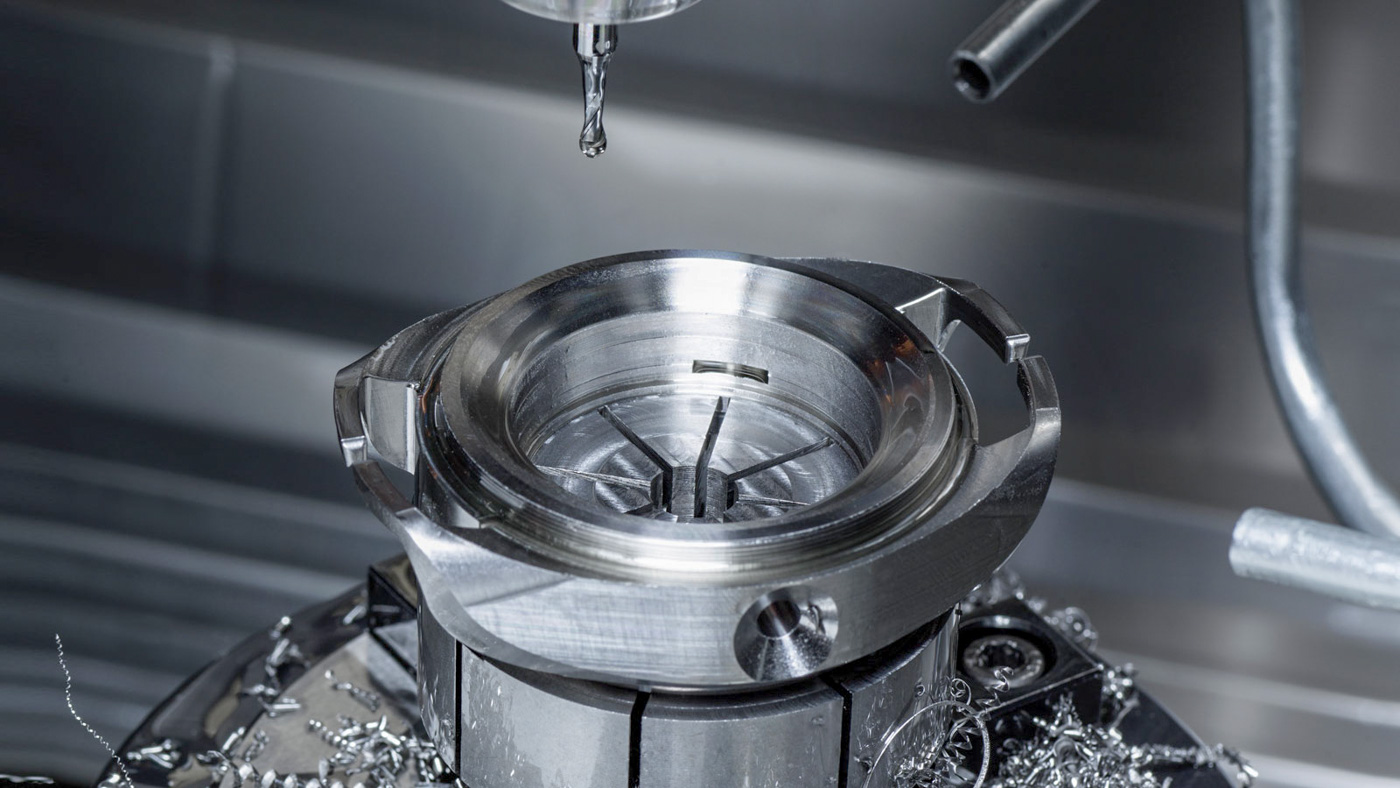 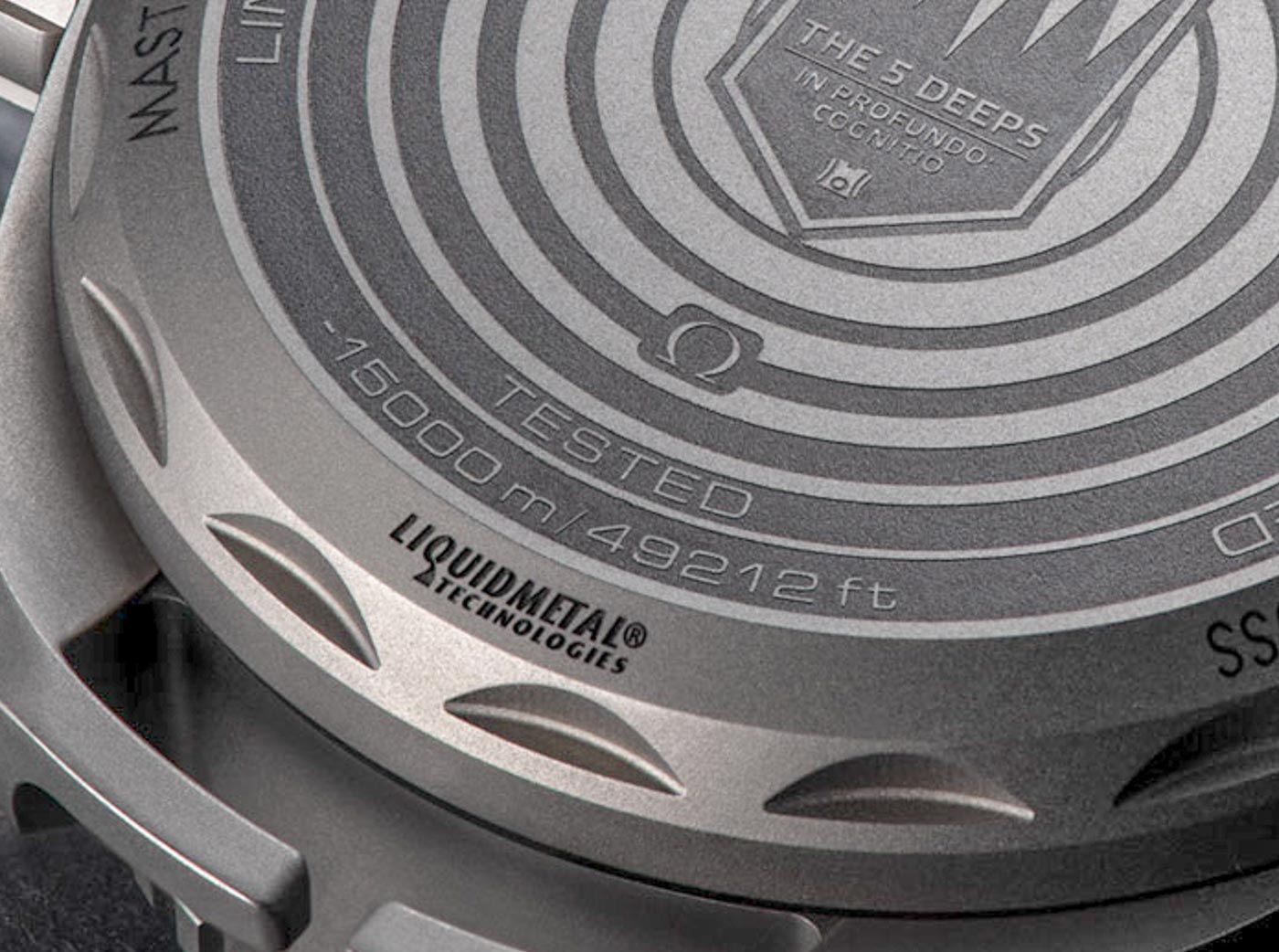 Adding to their remarkable performance is the fact that Omega has, in fact, insisted on adding the 25% safety margin — testing with such a safety margin over the labeled depth rating is mandatory for all certified dive watches, but certainly is unexpected for a watch for which that extra 25% “margin” unto its own means another 3,000 meters. Wow! That adds up to a depth rating of a mind- (and everything else-) bending 49,212 feet. 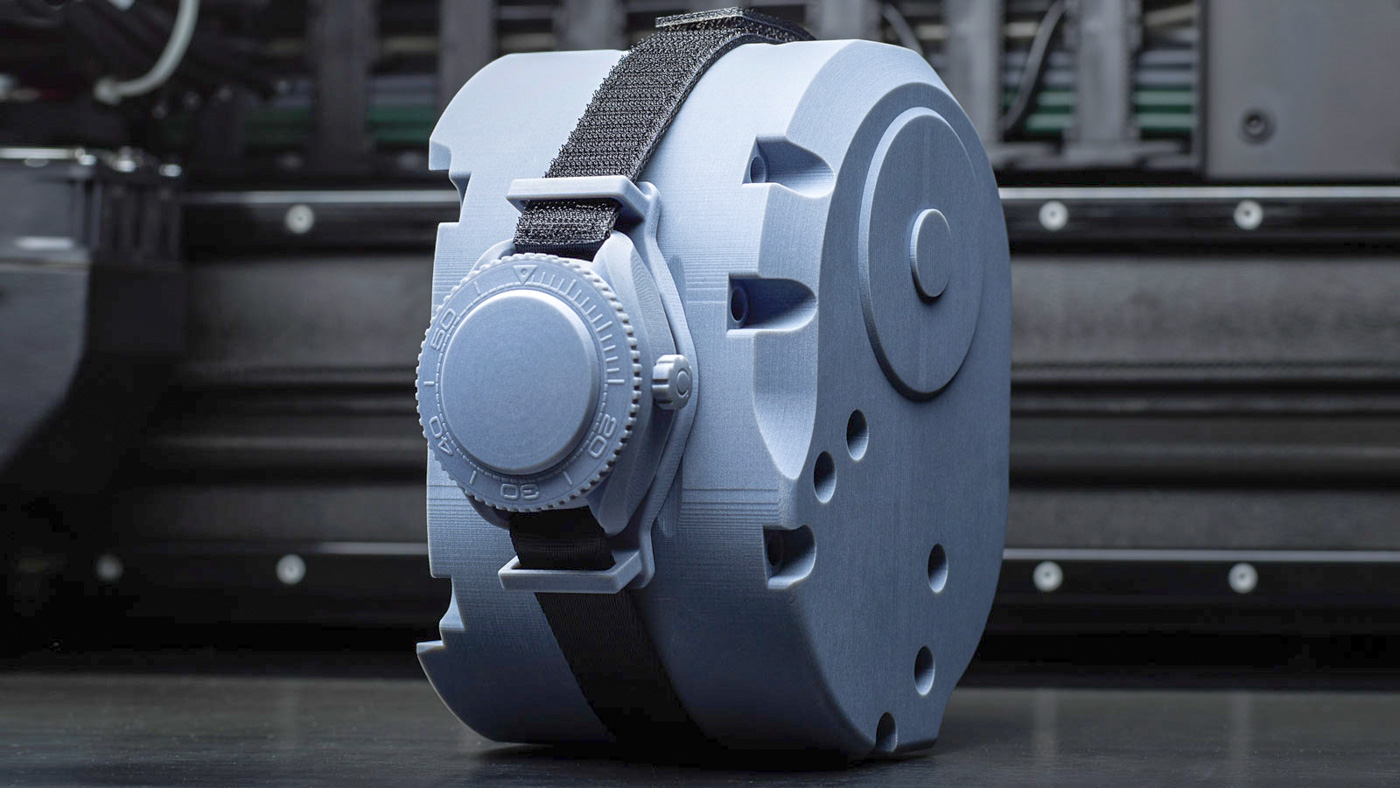 Upon a superficial glance, the only detail that could really bring out a smile is Omega calling its Seamaster Planet Ocean Ultra Deep Professional “surprisingly slim and light at less than 28mm-[thick].” As always, once we apply context, though — basically all the cool details that we just shared above — that thickness suddenly becomes truly impressive. Adding around 12 millimeters of thickness over run-of-the- mill professional dive watches and attaining such extreme water resistance is quite a feat and a result of a combination of clever case construction and use of materials. 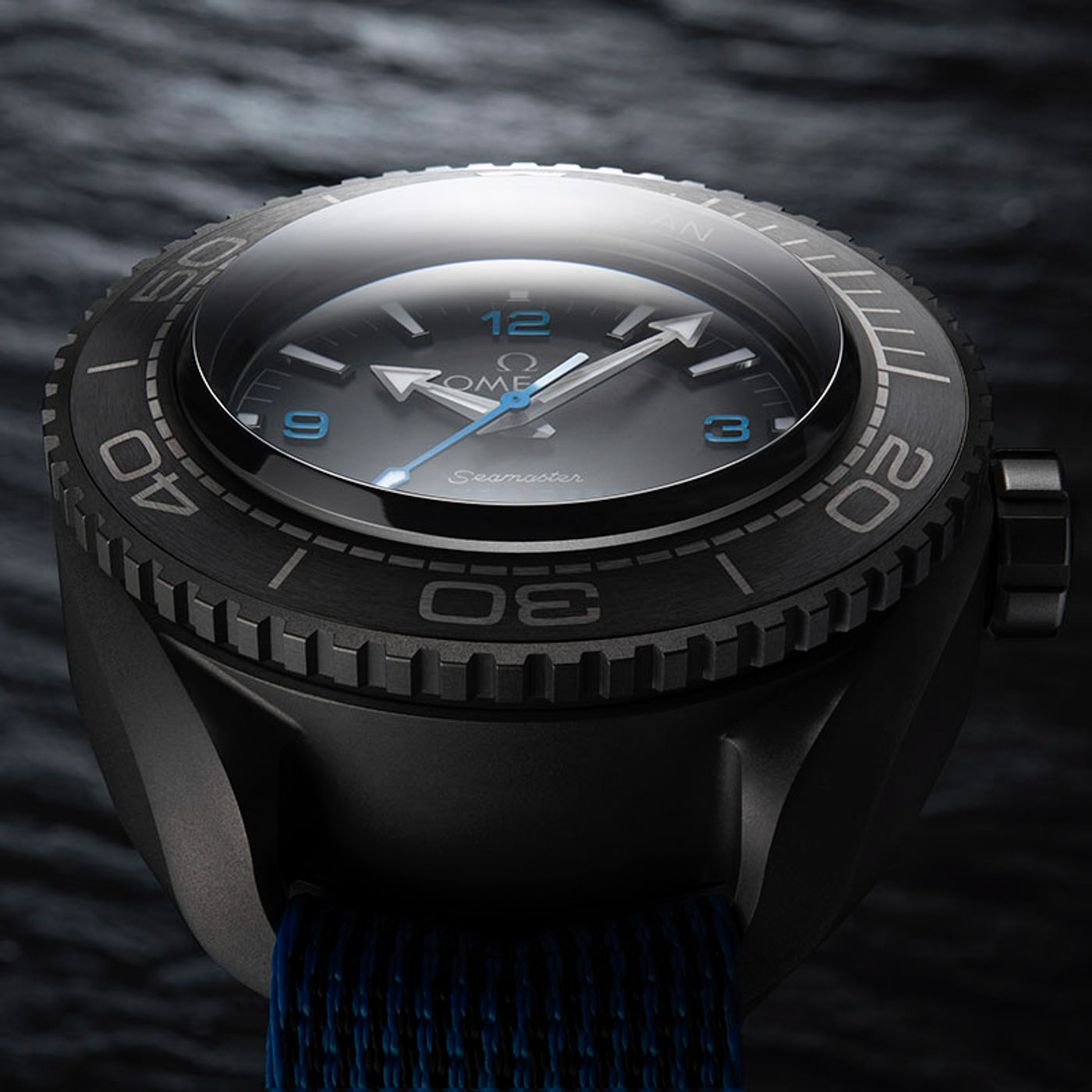 Inspired by the viewport assembly of a submersible, the Omega Seamaster Planet Ocean Ultra Deep Professional the “sapphire-to-case” assembly Omega humbly identifies as “an area of concern.” The goal here is to cleverly distribute the immense load and stress, avoiding the formation of any high-pressure points in the construction. You need not go all the way to the Mariana Trench for a slightly ill-fitting crystal or bezel insert to deform — halfway down the watch will already look like a penny that a train ran over. The conical design of load bearing components helps for a perfectly even distribution of those immense forces. 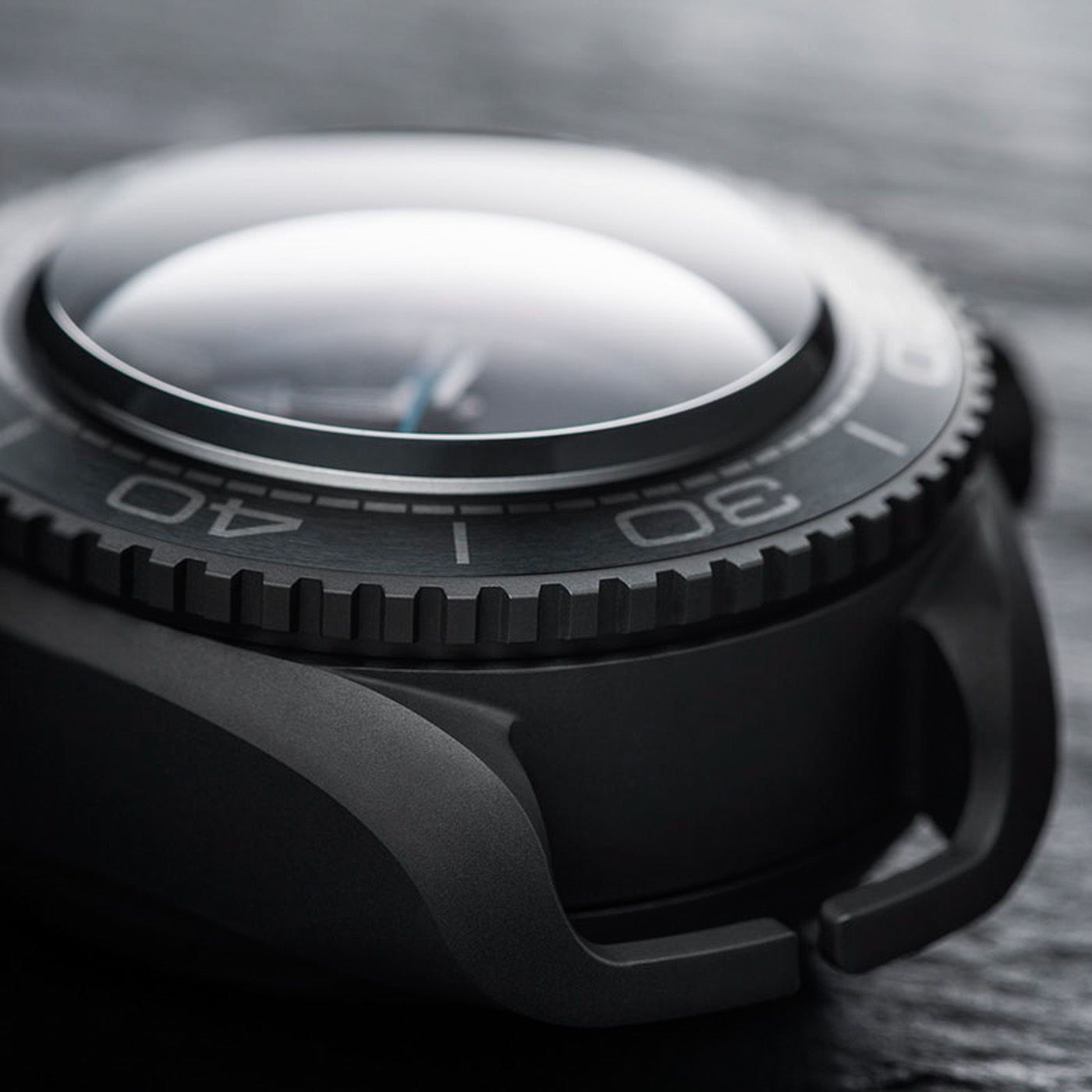 The so-called manta lugs are formed from the titanium “casebody” itself but are left open in the center to lower the risk of material limitations experienced at full ocean depth. Down there, the watch and the strap can be subjected to high traction loads where it’s better to leave some extra space when every component begins its own fight with the elements. On a personal note, I would love to see the manta lugs on a series produced Seamaster — more on this in the closing paragraph. 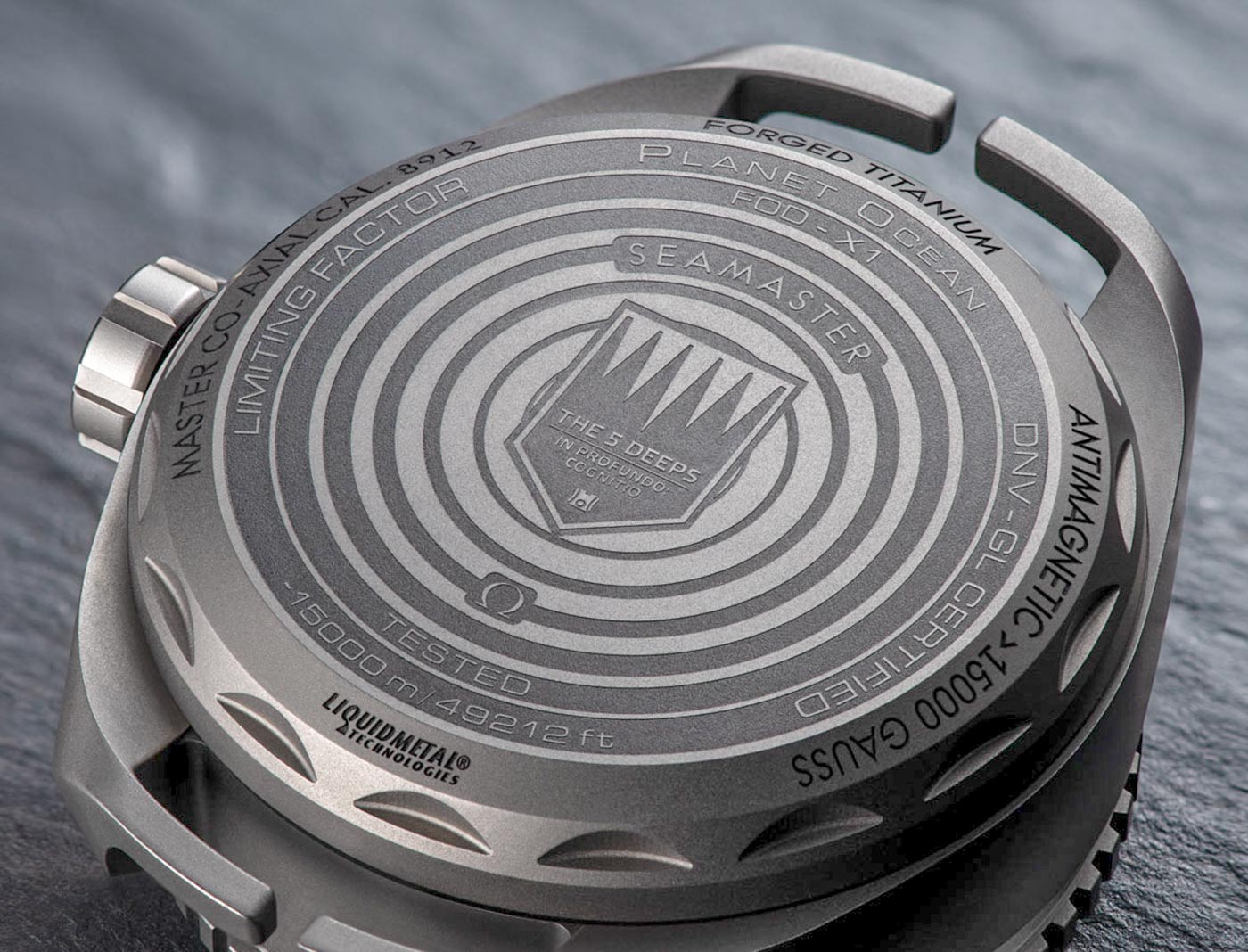 The hull of DSV Limiting Factor is crafted from forged grade 5 titanium and, guess what, it worked for the watch just the same. The case of the Omega Seamaster Planet Ocean Ultra Deep Professional is a whopping 52mm in diameter, the bezel, case, caseback, and crown are all machined from cutoffs from the submersible’s titanium hull — upcycling at its finest. Omega even went the extra mile to apply a high-polished Omega logo on the crown, set against a matte backdrop. 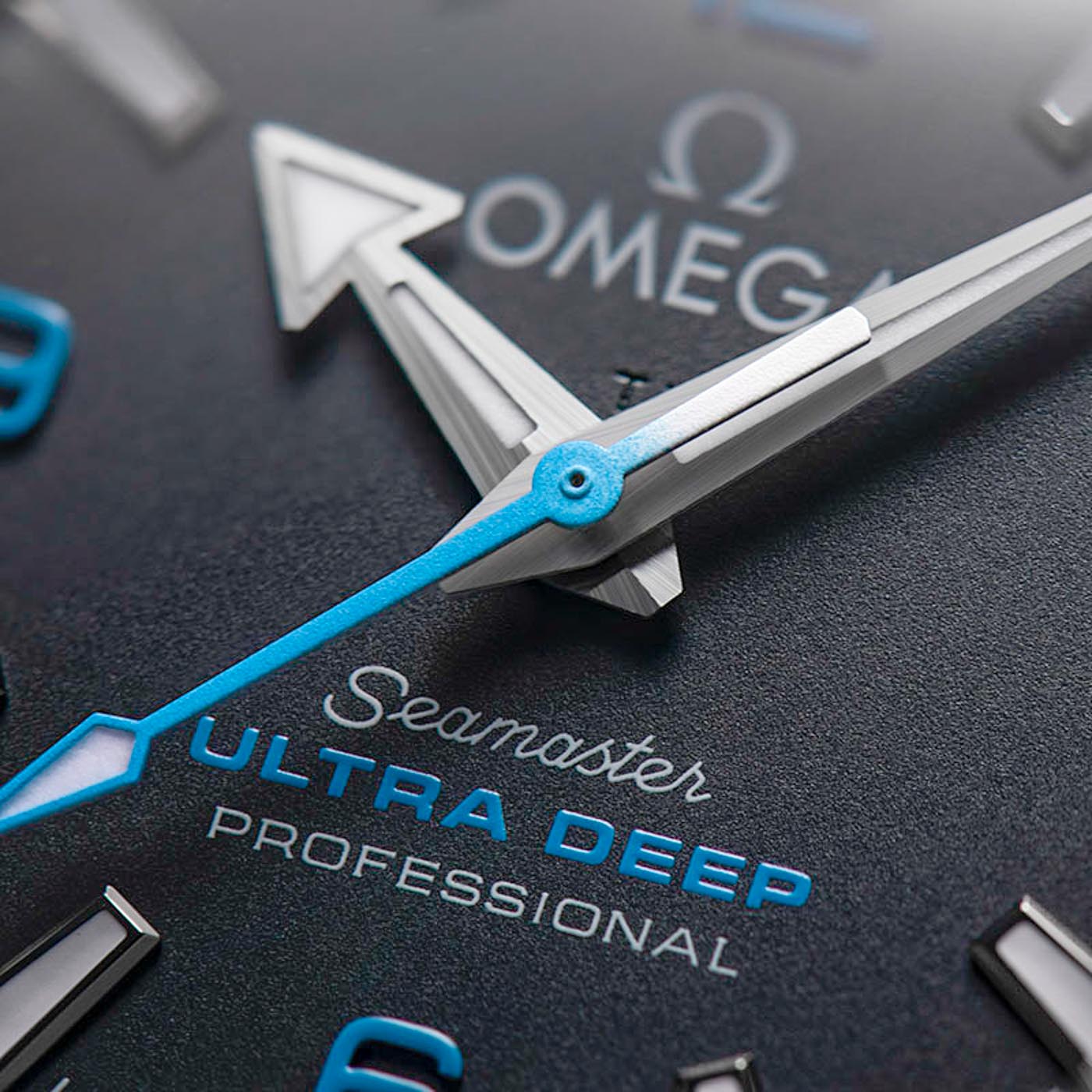 Keeping accurate time on the Omega Seamaster Planet Ocean Ultra Deep Professional was the duty of Omega Master Chronometer calibers. Right on the edge of the caseback, Omega does, in fact, specify the exact caliber that powered the Ultra Deep on its foray down to its record-setting depths: It was the Omega Master Chronometer Co-Axial Caliber 8912, a METAS-certified three-hand movement that is also found in its Ploprof watches, as reviewed here. 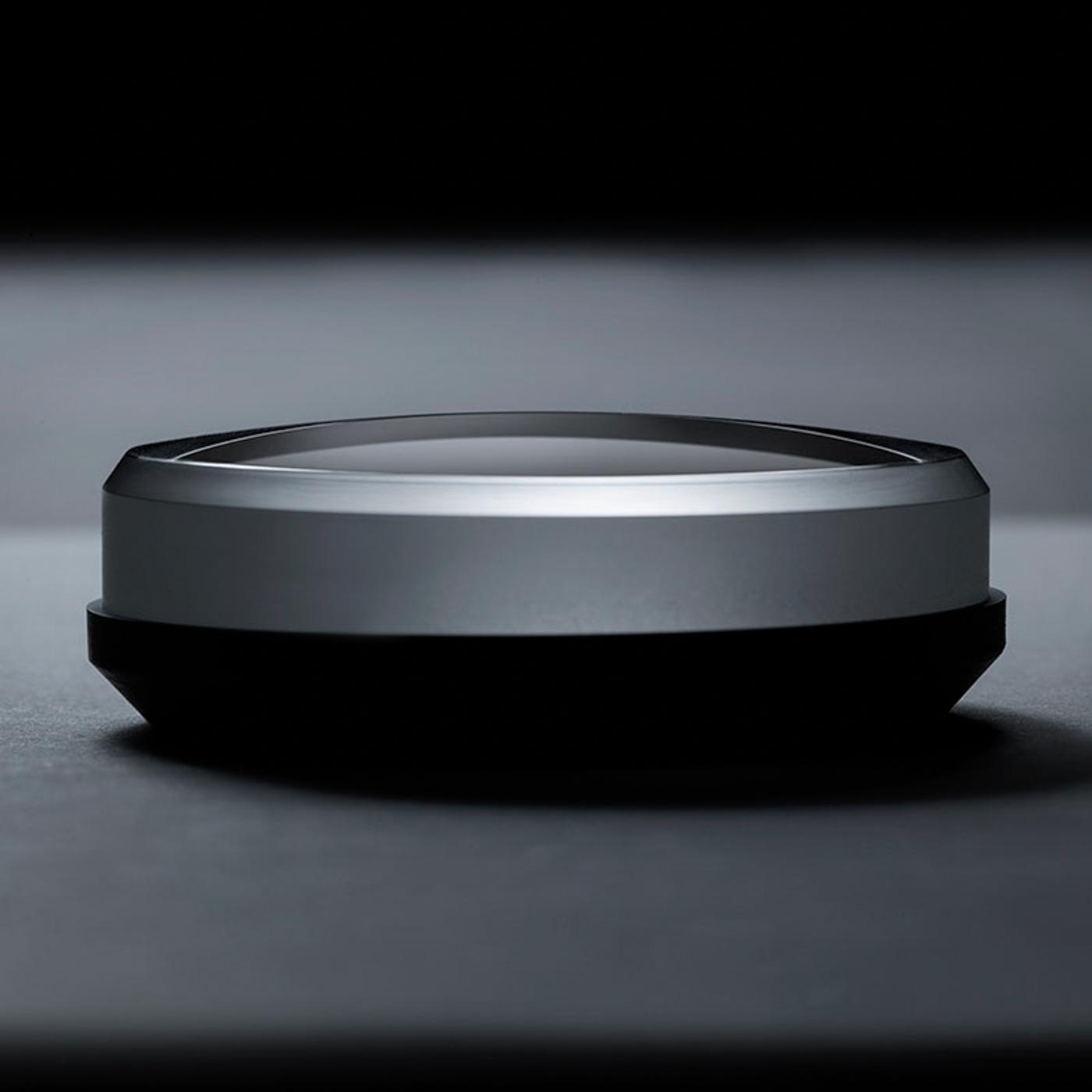 Liquidmetal is a unique way of applying metal that Omega has been using for years, mostly for the graduations set into the ceramic bezels on its dive watches. For the construction of the Seamaster Planet Ocean Ultra Deep Professional, Omega reached to this patent-pending technology to ensure a firm, yet flexible sapphire-to-casebody assembly. The idea is that by this hot form bonding the use of polymer seals can be eliminated, therefore reducing the thickness of the sapphire crystal thickness. You see, that 28mm thickness could have in fact been a lot more. 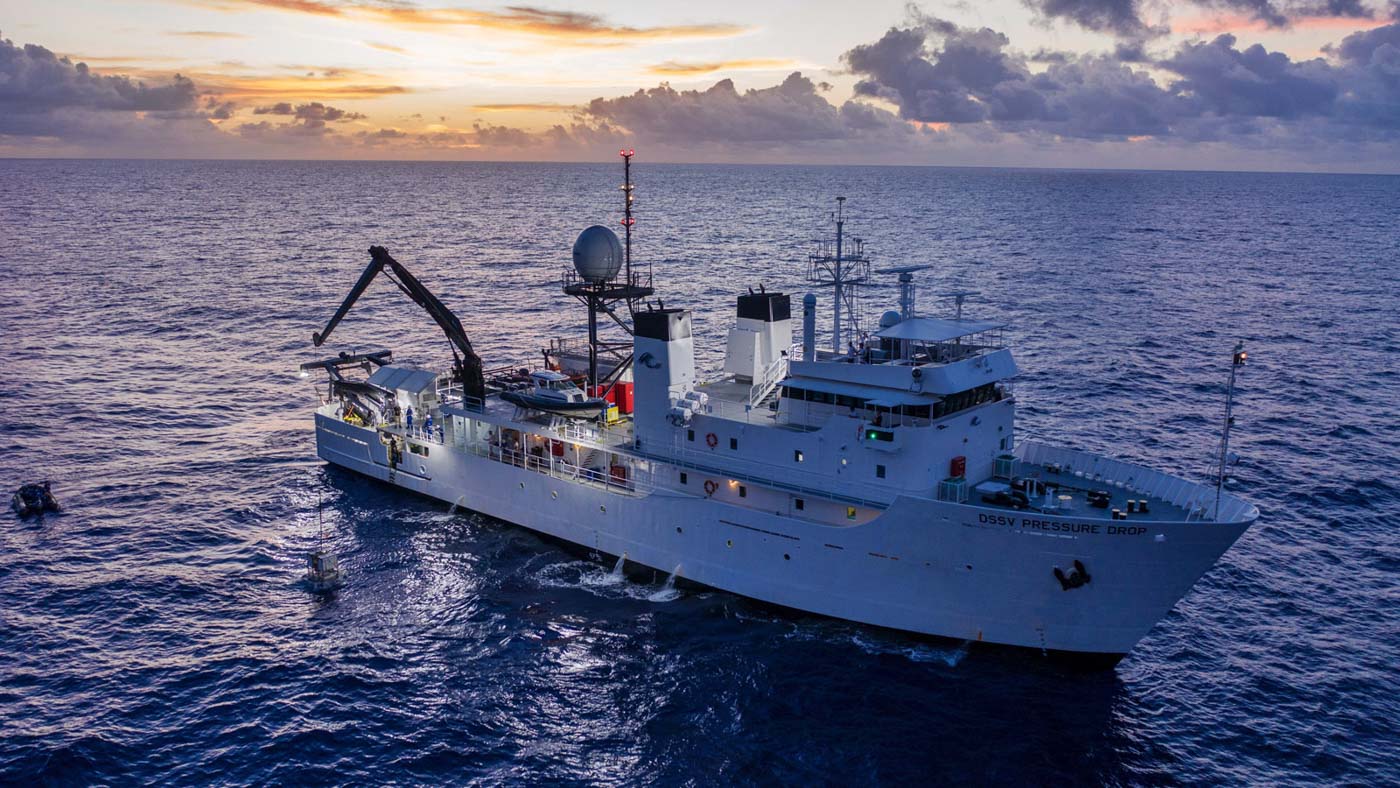 What’s the key takeaway message from all this? Well, first of all, the fact that Omega is in as competitive a spirit as it has ever been. While the Omega Marine is widely praised as one of the earliest pioneering dive watch designs from the late 1930s — learn about dive watch history here — and we have seen a large number of impressive dive watches bearing the Ω symbol since then, it’s reassuring to know that Omega still has what it takes to take the plunge into the unknown. 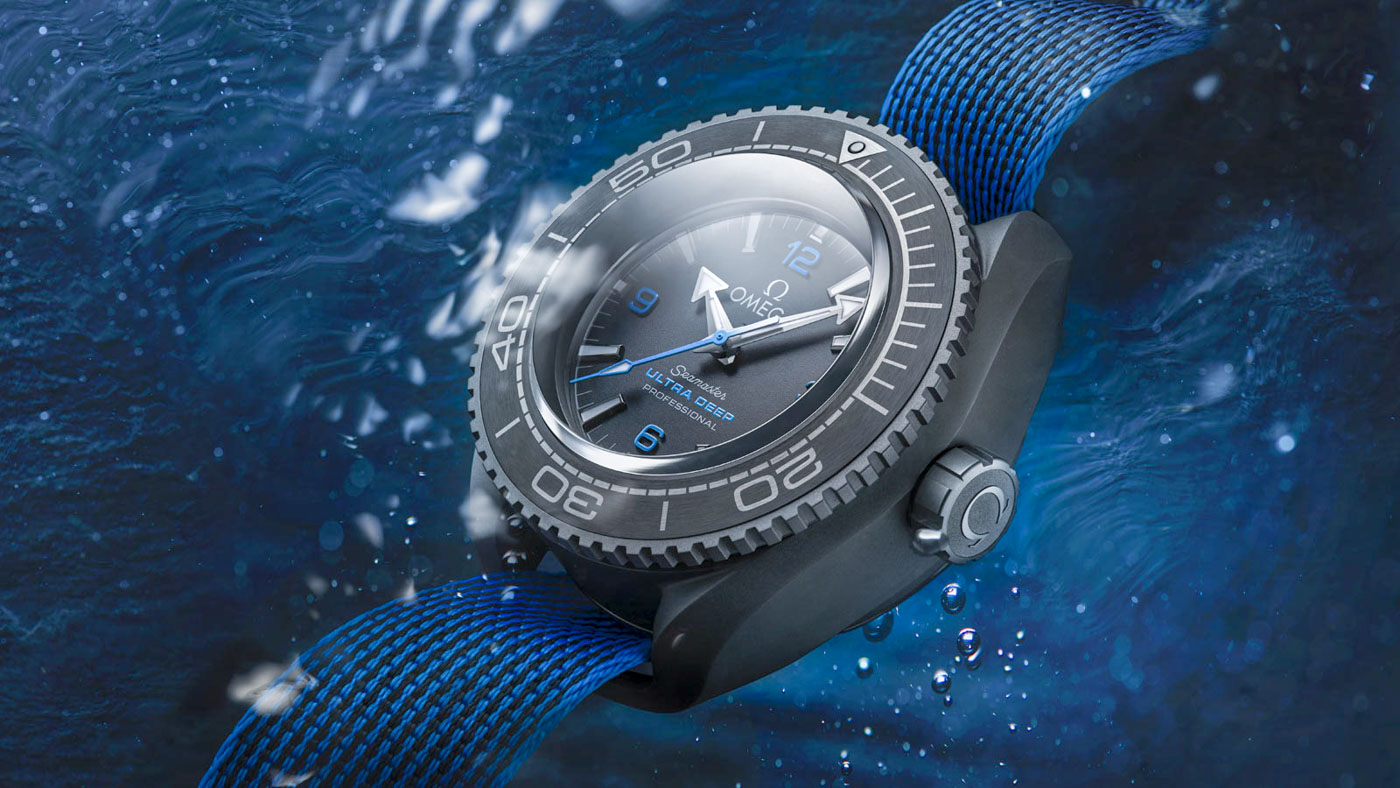 Second and just as important is that Omega says, “Bold adventurers can be confident that Omega’s Ultra Deep technology will surface again in the near future.” For a brand like Omega to create a watch that goes ultra-deep is a risky undertaking — not just for the reasons obvious, but also because once it’s been there and done that, it’s a given that fans of the brand and the genre will want to be part of it. And so, some commercially available products inspired by and based on what was learned through the partnership with The Five Deeps Expedition and Victor Vescovo’s record-setting 10,928m descent will inevitably happen. Here’s one excited vote for the manta lugs! “In the near future.”

The Omega Seamaster Planet Ocean Ultra Deep Professional watch is not sold in stores and hence does not have a retail price. You can learn more about Omega dive watches at omegawatches.com.