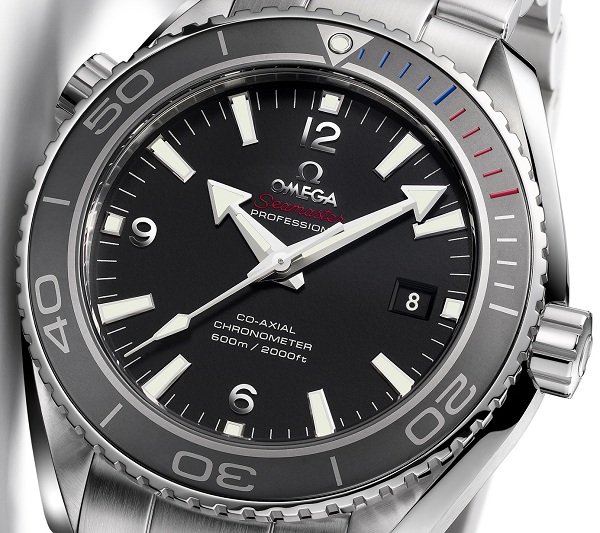 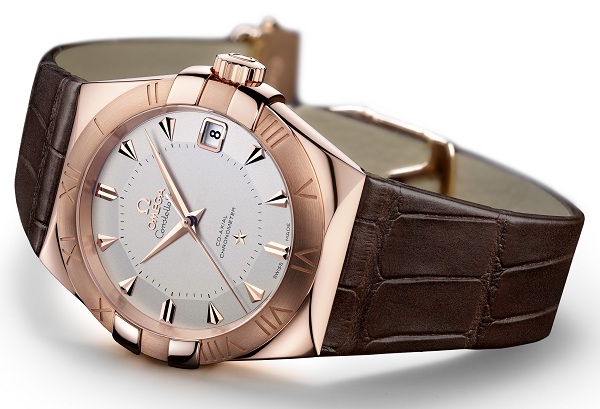 Omega is clearly prepared for BaselWorld 2013 and has announced three new limited edition models in advance of the show, which takes place in April of this year. The most interesting part of the announcement is the debut of a new gold alloy they call “Sedna”. The first of their timepiece announcements is the Constellation Sedna, a ladies’ sized Constellation crafted from this new alloy. A mix of gold, copper and palladium renders a case that looks very much like rose gold and exhibits a strong reddish hue. Being comprised of at least 75% gold, Omega is claiming that this Swatch in-house alloy will better sustain its rose gold tone. This sounds like Omega’s answer (once again) to Rolex’s Everose gold alloy. To match the case, the Sedna comes fitted with Sedna alloy hands, markers and tang buckle. 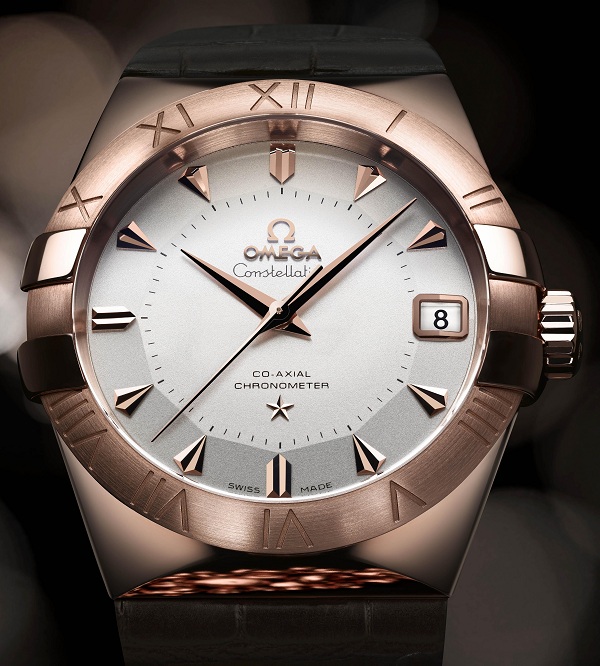 The Constellation Sedna is 38 mm wide and its unique alloy case houses an Omega in-house co-axial 8501 automatic chronometer movement. The movement, along with its Si14 silicon balance spring, can be viewed via a sapphire display case back. The name Sedna comes from a trans-neptunian object which astronomers have described as the reddest object in our solar system and seems a fitting name for a model within the Constellation range. Limited to 1952 pieces, the Sedna limited edition is a nod to the year that Omega launched the original Constellation. New alloys and case materials seem to be all the rage so it’s encouraging to see a giant like Swatch continuing to develop new constructions techniques for their watches. Now on to the limited edition Seamaster Planet Oceans! 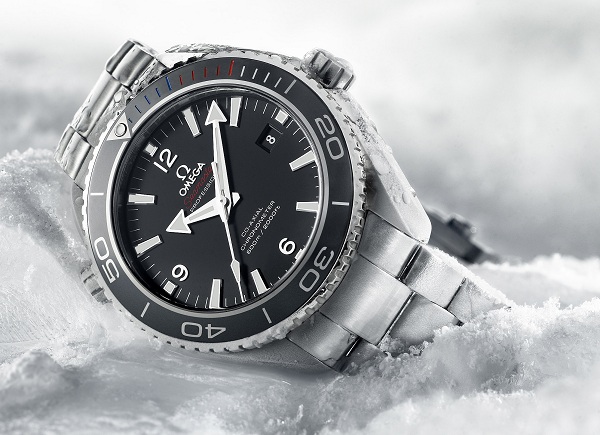 Did you know that the 2014 Olympics are going to be held in Sochi, Russia? I sure didn’t. Luckily Omega is producing a pair of limited edition watches for the upcoming winter games. The Sochi games will the 26th time that Omega has been the official timekeeper for the Olympic Games and to commemorate the 2014 Games, Omega will produce two limited edition Seamaster Planet Ocean models. The Planet Ocean Sochi 2014 limited edition models offer both a 46 mm men’s version and a 37.5 mm ladies’ version. 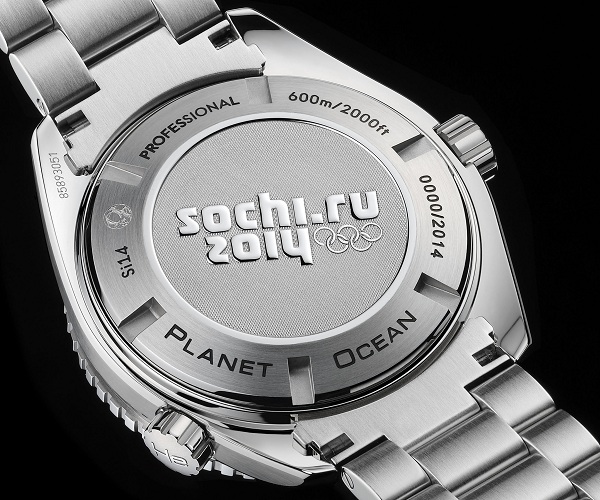 The men’s version carries the reference 522.30.46.21.01.001 which should indicate that it is a 46 mm case and will be delivered on a stainless steel bracelet. Powered by the same caliber 8500 co-axial movement found in much of the non-limited edition Planet Ocean lineup, the Sochi 2014 model is distinctive thanks to a subtle use of red and blue coloring in the countdown scale on the ceramic unidirectional bezel. The standard case back has been swapped for a commemorative Sochi 2014 design but I think this is the most reserved limited edition Omega Planet Ocean I have ever seen. You could essentially buy this model simply because you like the use of red and blue on the bezel. Personally, I could care less about the Olympics but I think the bezel design is kinda cool, some added color to what has otherwise become a fairly stoic range of watches. 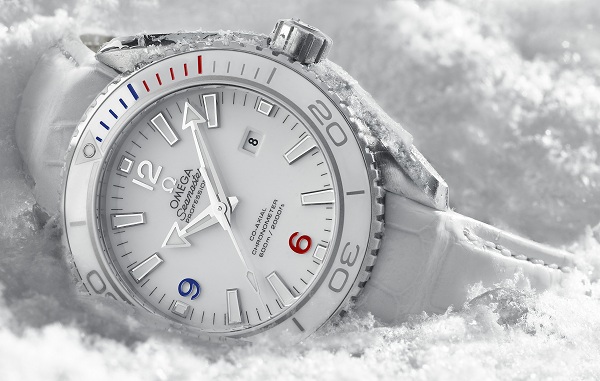 The ladies’ version, reference 522.33.38.20.04.001, has a bright white dial and bezel and comes fitted to a white leather strap. Timekeeping is managed by the 8520 co-axial automatic chronometer movement and, just like the 46 mm version, water resistance is a dishwasher-safe 600m. Omega has kept the red and blue accent colors for the ladies’ Sochi 2014 versions with red and blue dial markings and bezel indexes to match the men’s model. Both versions will be limited to a not-so-limited 2014 pieces. No dial text or graphics to suggest Sochi 2014 may mean that these models will be capable of reaching a wider audience, including those that may not be all that interested in the Olympics. 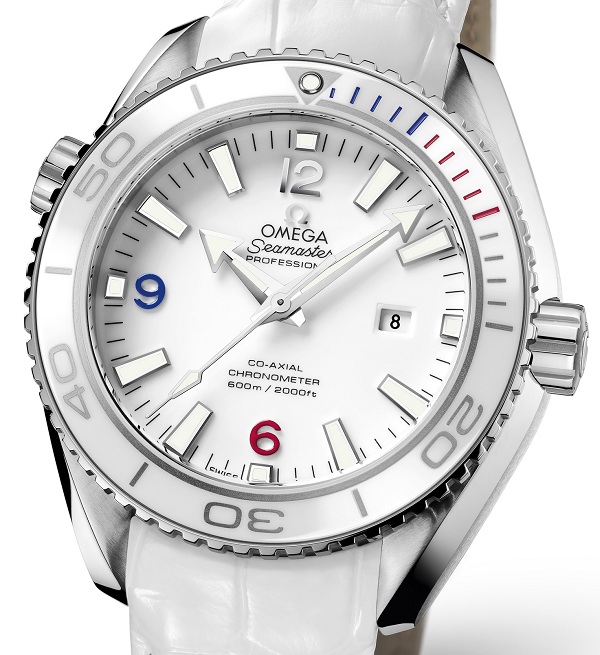 No word on pricing for this trio of limited editions but we will dig up more information come BaselWorld later this year. What do you think of the Sedna and Sochi 2014 limited editions? Does the new alloy interest you? Would you wear one of these under-the-radar Planet Ocean designs simply for the dash of extra color? Let us know in the comments. omegawatches.com