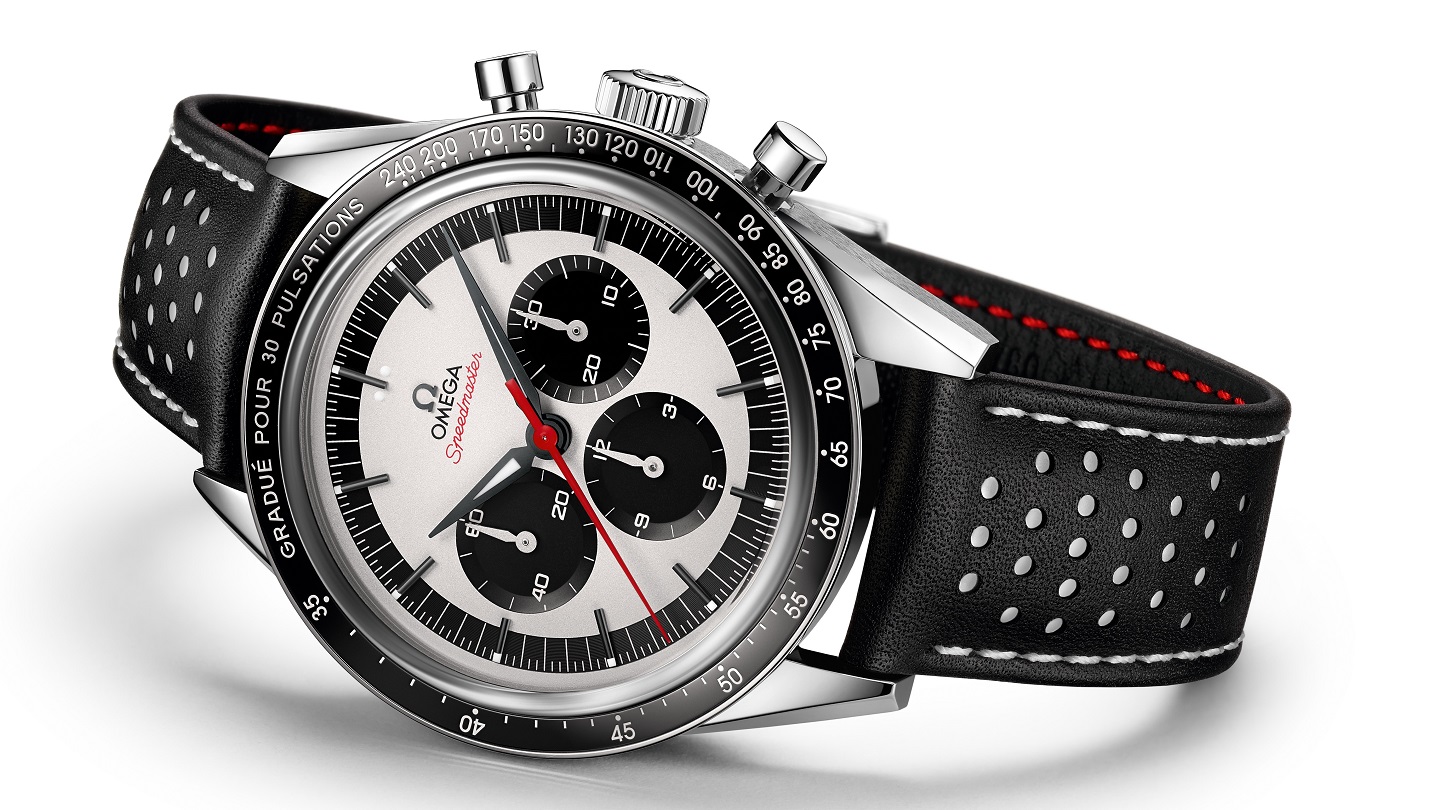 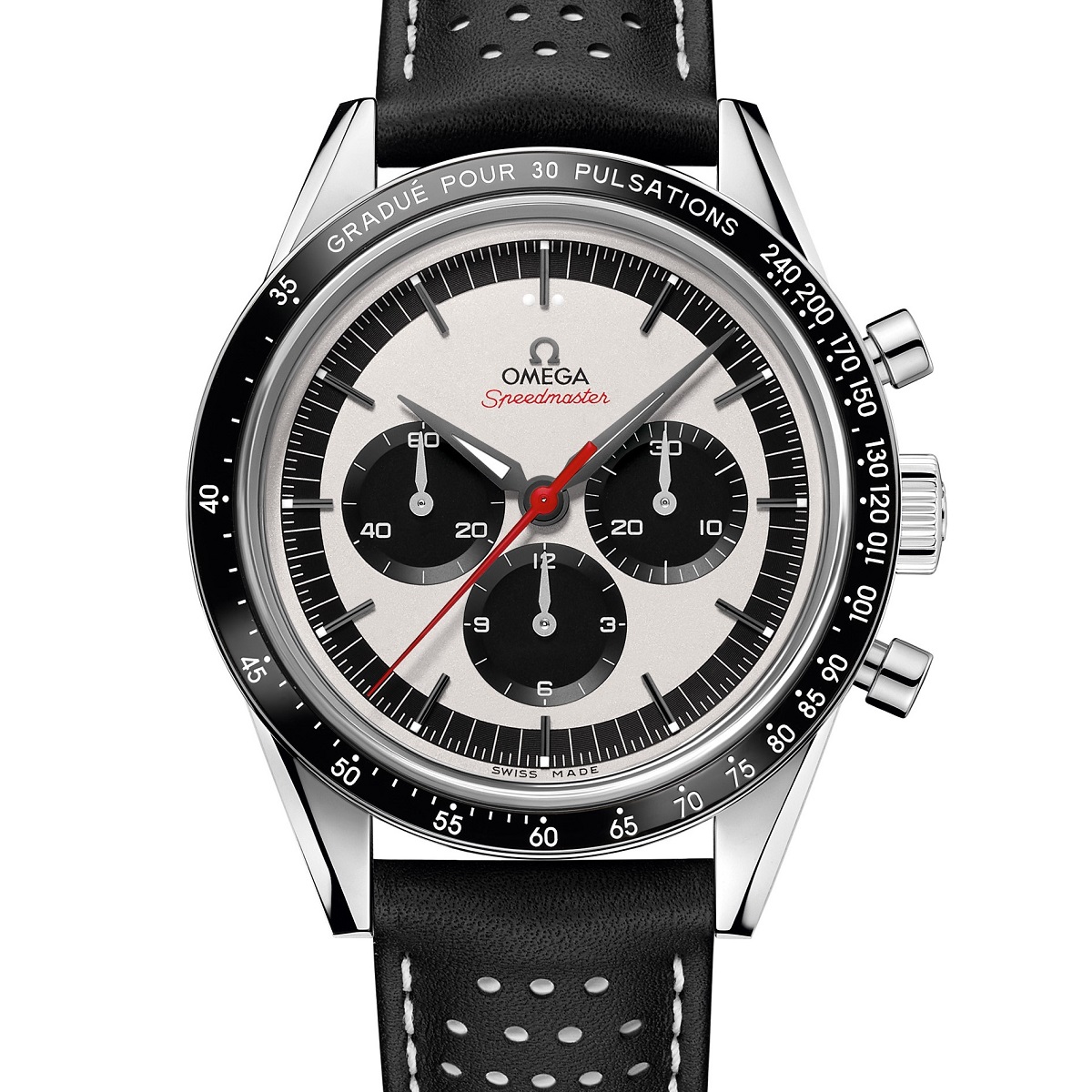 Every year at Baselworld, Omega announces a massive amount of new watches, and usually only a handful take the spotlight each year. Last year it was the Trilogy Collection and this year the new Seamaster 300M seemed to get all the love. However, Omega usually has a few sleeper hits up their sleeves, and for 2018, one of my favorite Omega releases is the latest addition to its CK2998 family, the Omega Speedmaster CK2998 Pulsometer Limited Edition watch. 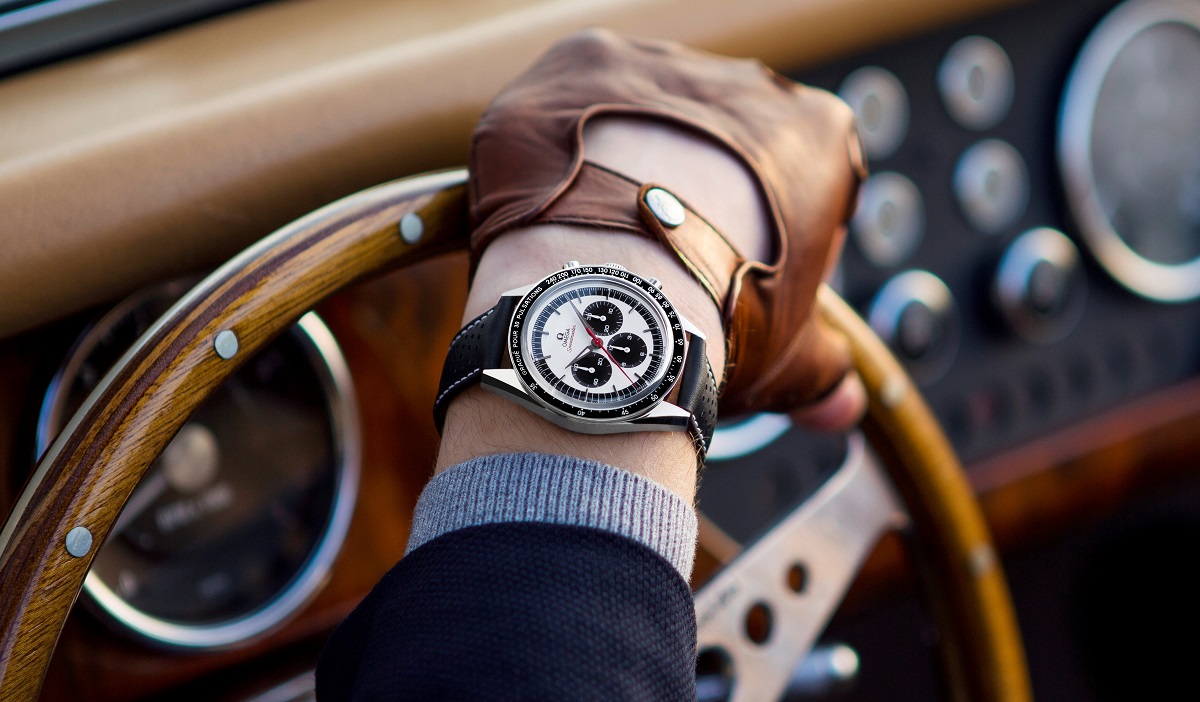 The Speedmaster is a watch that needs no introduction in the watch world. It’s an iconic (yeah, I used the “i” word) design that has stood the test of time and is instantly recognizable. The new Omega Speedmaster CK2998 Pulsometer is fitted with a steel case, measuring in at 39.7mm in diameter with a lug spacing of 19mm, suggesting that it will wear quite nicely on most wrist sizes, but difficult to find alternative strap options due to the 19mm lug spacing. Covering the dial is a sapphire crystal, and surrounding it is a black ceramic bezel displaying a pulsometer scale. To hold the watch on your wrist, the CK2998 comes on a perforated black leather strap, with white rubber interior. Beating along inside this watch is the Omega Calibre 1861, a manually wound chronograph movement found inside the current Moonwatch model. 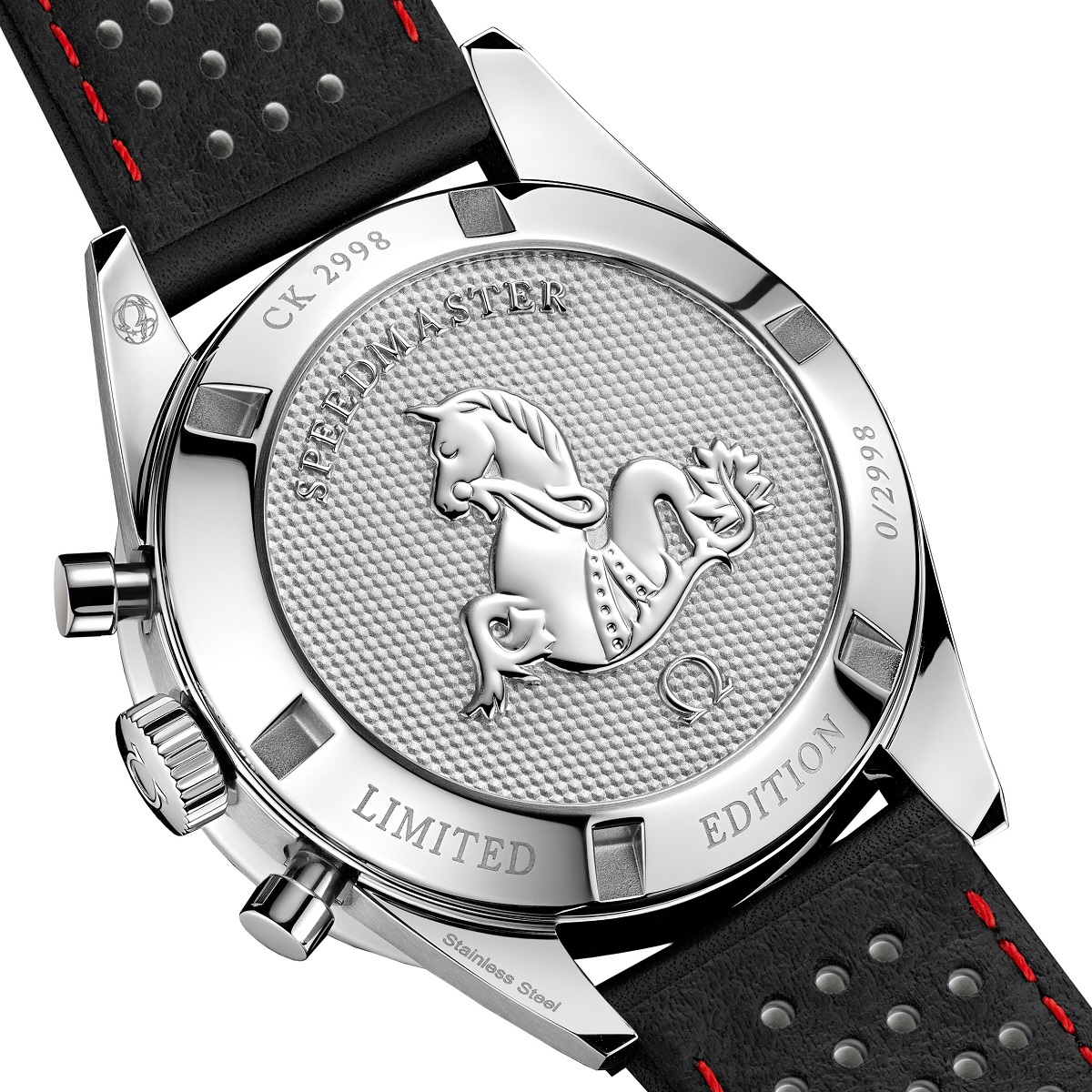 The Calibre 1861 features a power reserve of 48 hours, a frequency of 21,600bph, and has more than proven its reliability over the years. As far as aesthetics, this limited edition closely resembles the blue CK2998 that we saw Omega release back in 2016, with a different colorway and a pulsometer scale in place of the tachymeter scale. This latest edition features a white dial with black sub-dials and outer track, with a contrasting red chronograph hand, and red “Speedmaster” text. The handset here differs from the standard “Moonwatch” hands, and instead features Alpha hands. Regardless of the nomenclature, I find the handset to be quite attractive on the watch, and of course no one can resist a panda dial these days. Altogether, the Omega Speedmaster CK2998 Pulsometer is unmistakably part of the Speedmaster family, while also bringing some new personality. 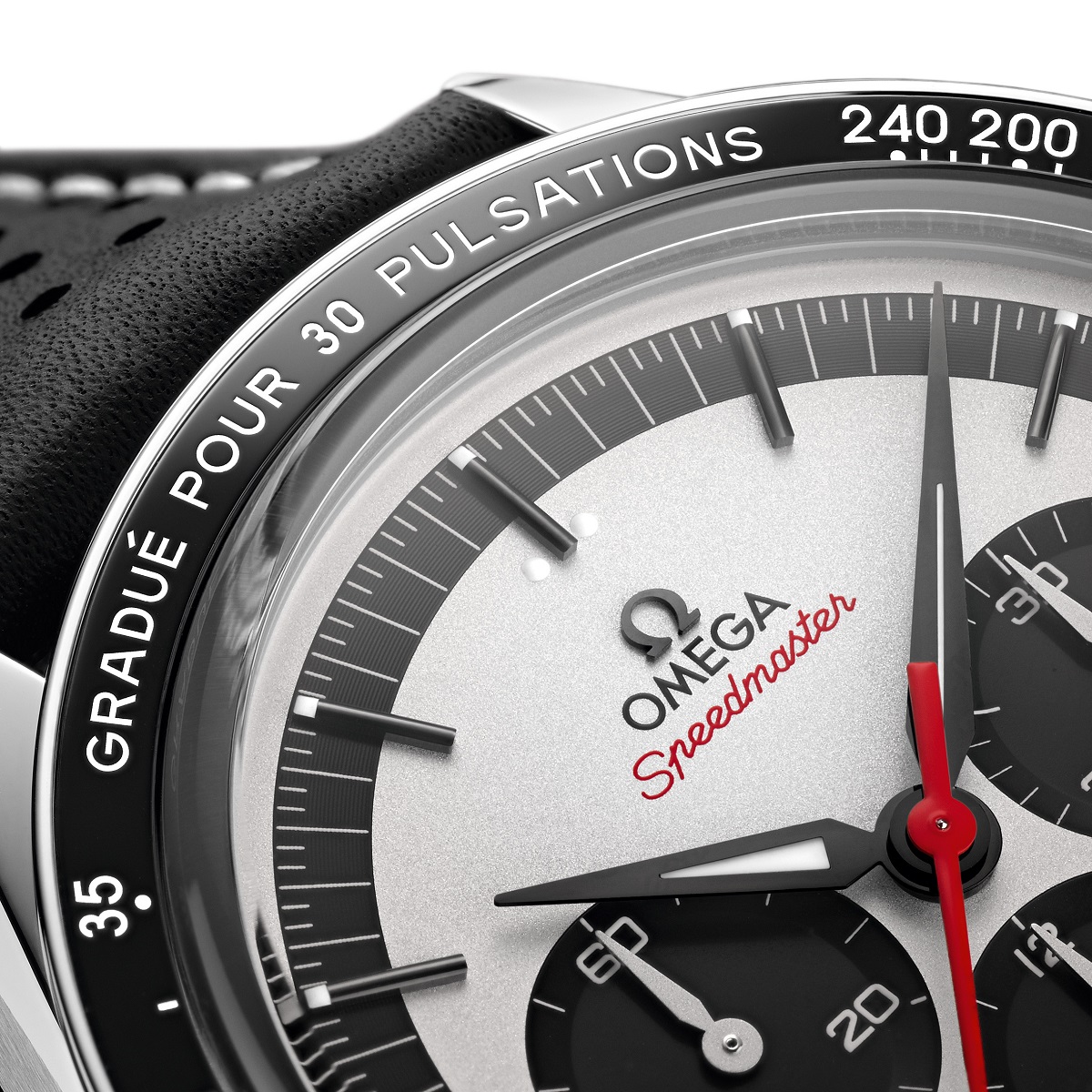 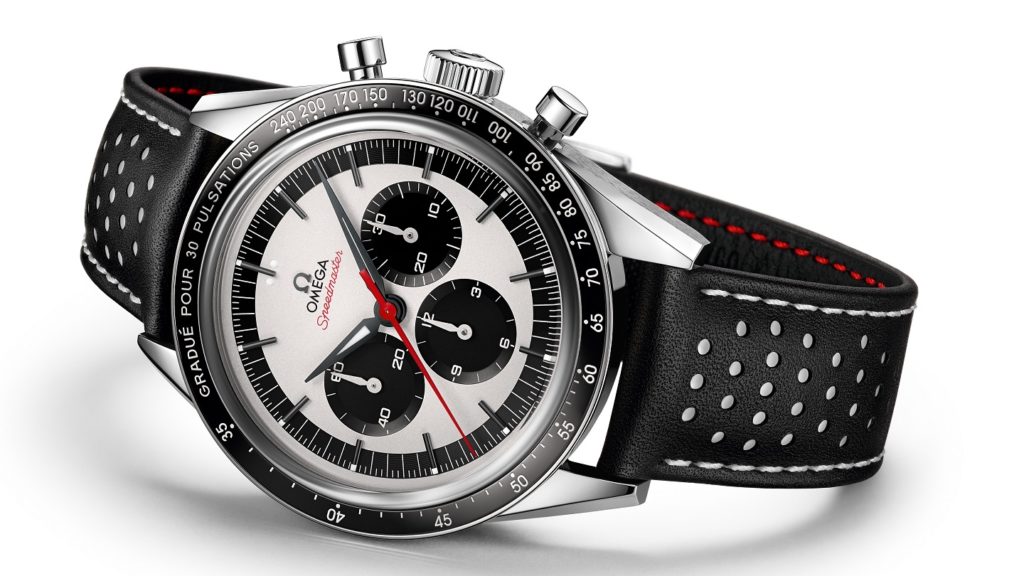 All in all, I really dig this watch. Some might loathe seeing yet another Speedmaster limited edition, but this one just does it for me. The panda dial is executed very well, and the red accents give the watch a nice sporty feel. On top of that, I’m always a big fan of brands using a scale other than the tachymeter for their chronograph bezels. Since I lack the ability to do complex math on the fly, and because my car has a functioning speedometer, I have no use, nor a reason to use, a tachymeter scale. Now, I’m no doctor, and I certainly don’t find myself measuring people’s pulses on a daily basis, but I still find the pulsometer scale to be a more useful feature than the classic tachymeter. This is a watch I could very easily see on my wrist as something that I’d enjoy wearing. Omega has limited this CK2998 Pulsometer to 2,998 uniquely numbered units, and it’s expected to hit the U.S. market this month, at a price of $5,850. omegawatches.com