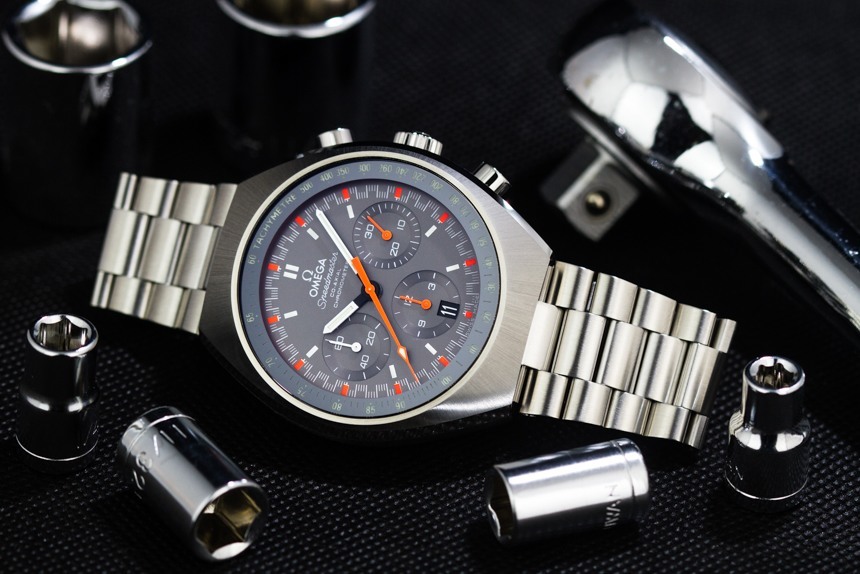 Like many a watchnerd, I have a fondness for the Omega Speedmaster. We love it for its history, its connection with NASA and the Apollo program, and for the fact that it’s still made today. Come to think of it, do you have any idea just how many Speedmasters there are to choose from today? My lazy count on their website found 13 lines that cover everything from the Professional and Dark Side to rarer models like HB-SIA and the Z-33. With countless limited editions and special models produced in it’s 57-year history, the Speedmaster is one of the few watches to have undisputedly earned the status of an icon.

With so many models, powered by an ever growing array of movements, how does Omega decide what to add to this ever-growing family? For 2014, they looked to their past and selected the Speedmaster Mark II. With a design that carries the familiar styling of the Speedmaster family, but offers a case design with a distinctly retro appeal, the Mark II design has lost none of its allure, despite its age. With the new Speedmaster Mark II, Omega shows that the trend of recycling past designs does not have to be derivative, lazy or boring. 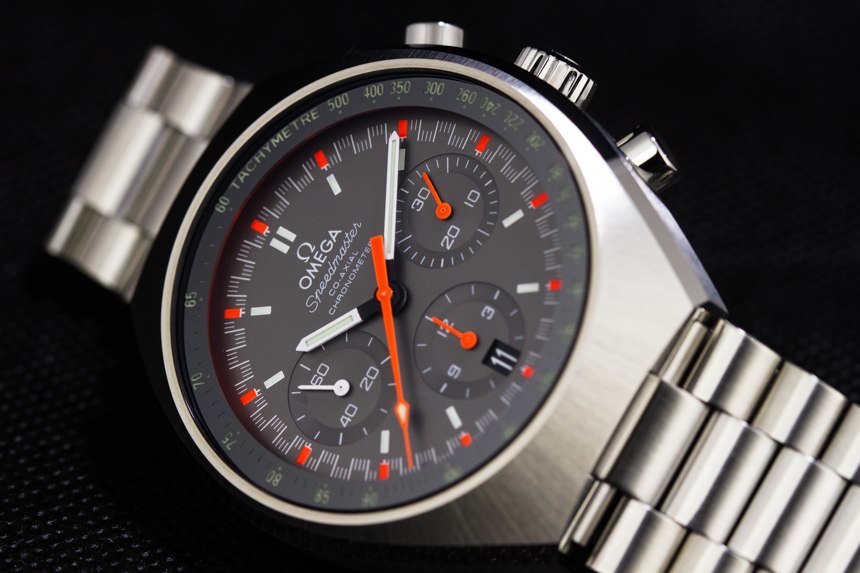 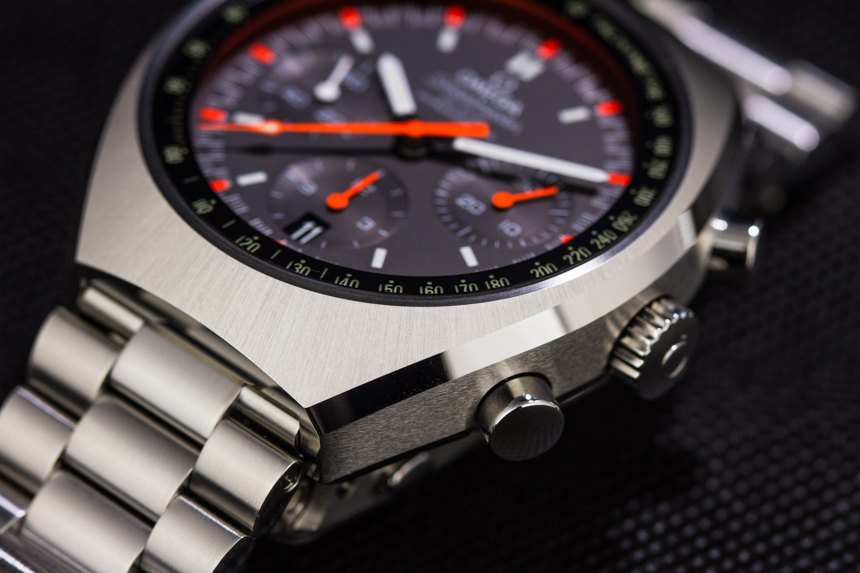 Available in a classic Speedmaster black dial, a Rio 2016 limited edition, and the grey and orange racing dial featured in this review, we liked our first experience with the Omega Speedmaster Mark II so much that it earned a spot on our list of the Top Ten Watches from Baselworld 2014. As much as I like the black dial version and the Rio 2016 LE with its gold, silver and bronze sub dials, the racing dial is something really special. With bright orange accents on a medium grey dial, this version of the new Speedmaster Mark II is Omega fully committing to not only the original design of the Mark II, but also to the era within which it was first born.

A quick search on Omega’s Vintage Watches Database shows that the Speedmaster Mark II reference ST 145.014 was released in 1969 and came in a matte black dial or a “luminous grey with burgundy/orange scale.” Compared to the original, the new Mark II (ref 327.10.43.50.06.001) is a bit bigger, with its visually-identical steel tonneau case now measuring 42.4 mm wide and 46.2 from hooded lug to hooded lug. 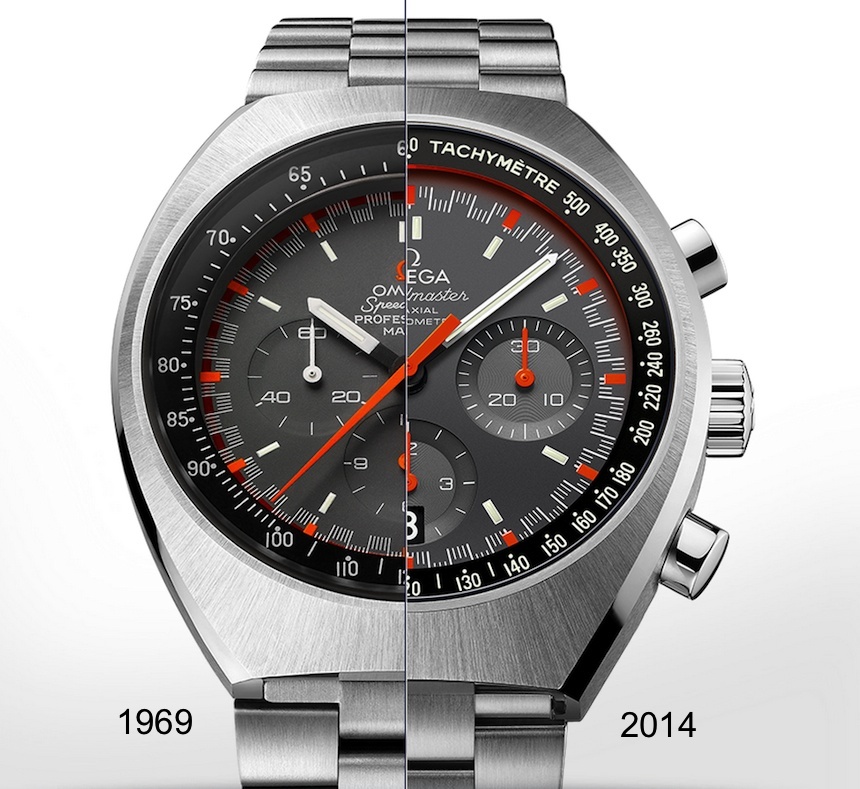 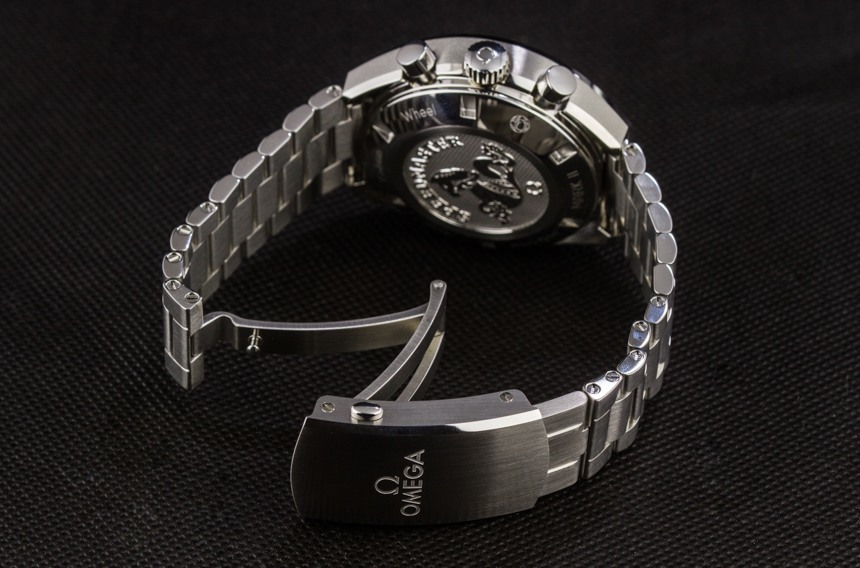 Additionally, the new Omega Speedmaster Mark II runs on an updated movement which places a date display at six, and there are also subtle updates to the dial design and the bracelet. All three versions have brushed finishing with polished accents and a fully brushed steel bracelet that features screwed links. 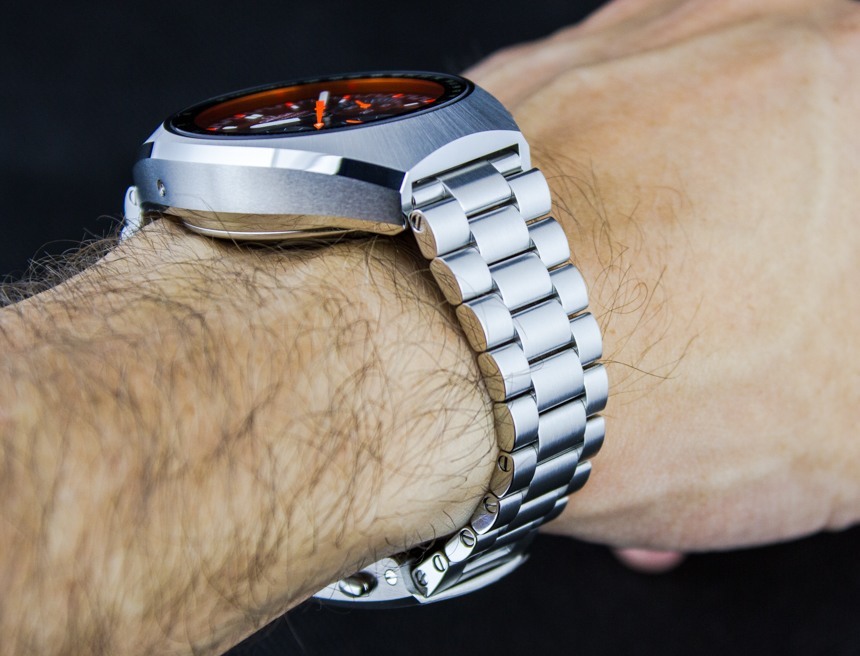 Where the original Speedmaster Mark II featured Omega’s 861 hand wound mechanical movement, the new Mark II is powered by Omega’s 3330 Co-Axial automatic chronograph movement. The column wheel-equipped 3330 is similar to the Longines L688 but boasts Omega’s Co-Axial escapement as well as their Si14 silicon balance spring. This automatic chronograph movement places the 30-minute scale at three, the 12-hour scale and date at six and the running seconds at nine. 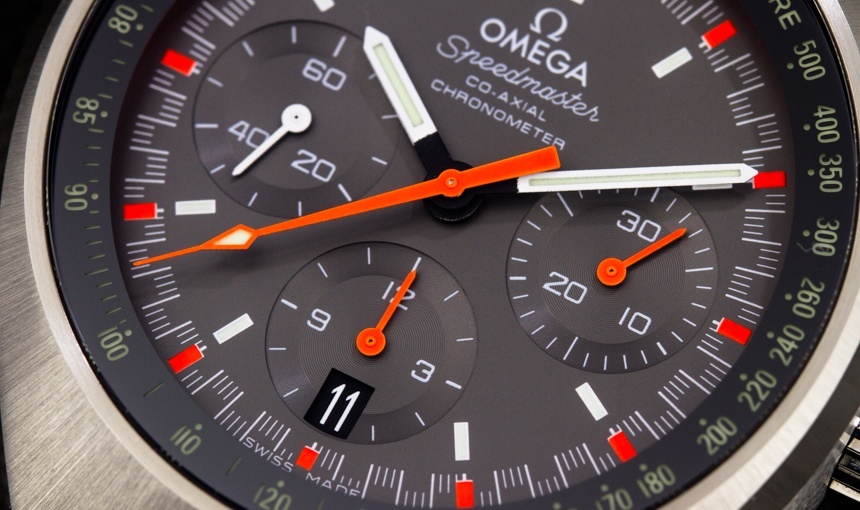 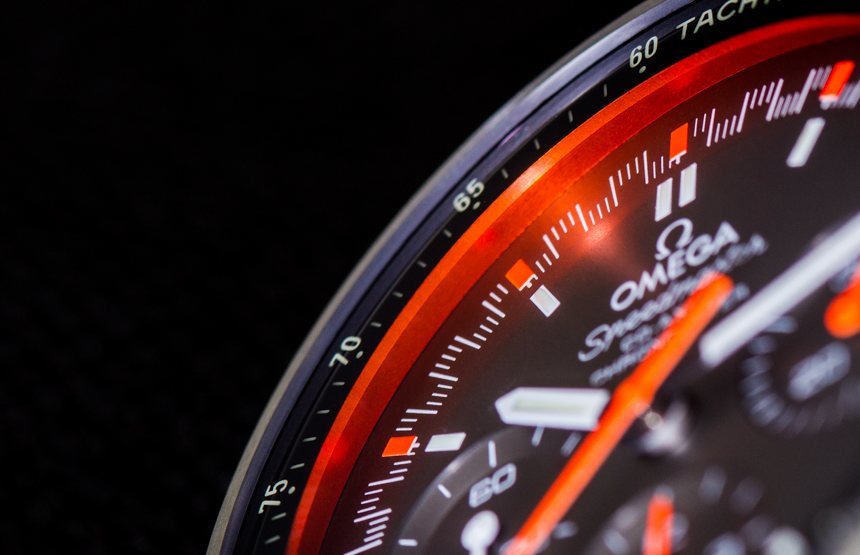 I like the added thoughtful detail of colour coordinating the chronograph’s orange seconds hand with the two chronograph sub dials. The date is controlled via a flush button in the case flank at ten so the Omega Speedmaster Mark II is a good candidate for a place on your winder (and your wrist). 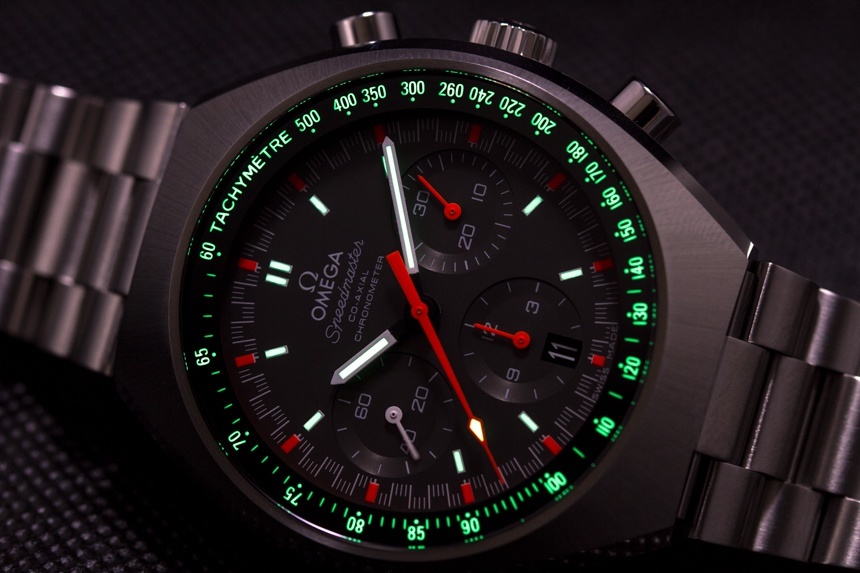