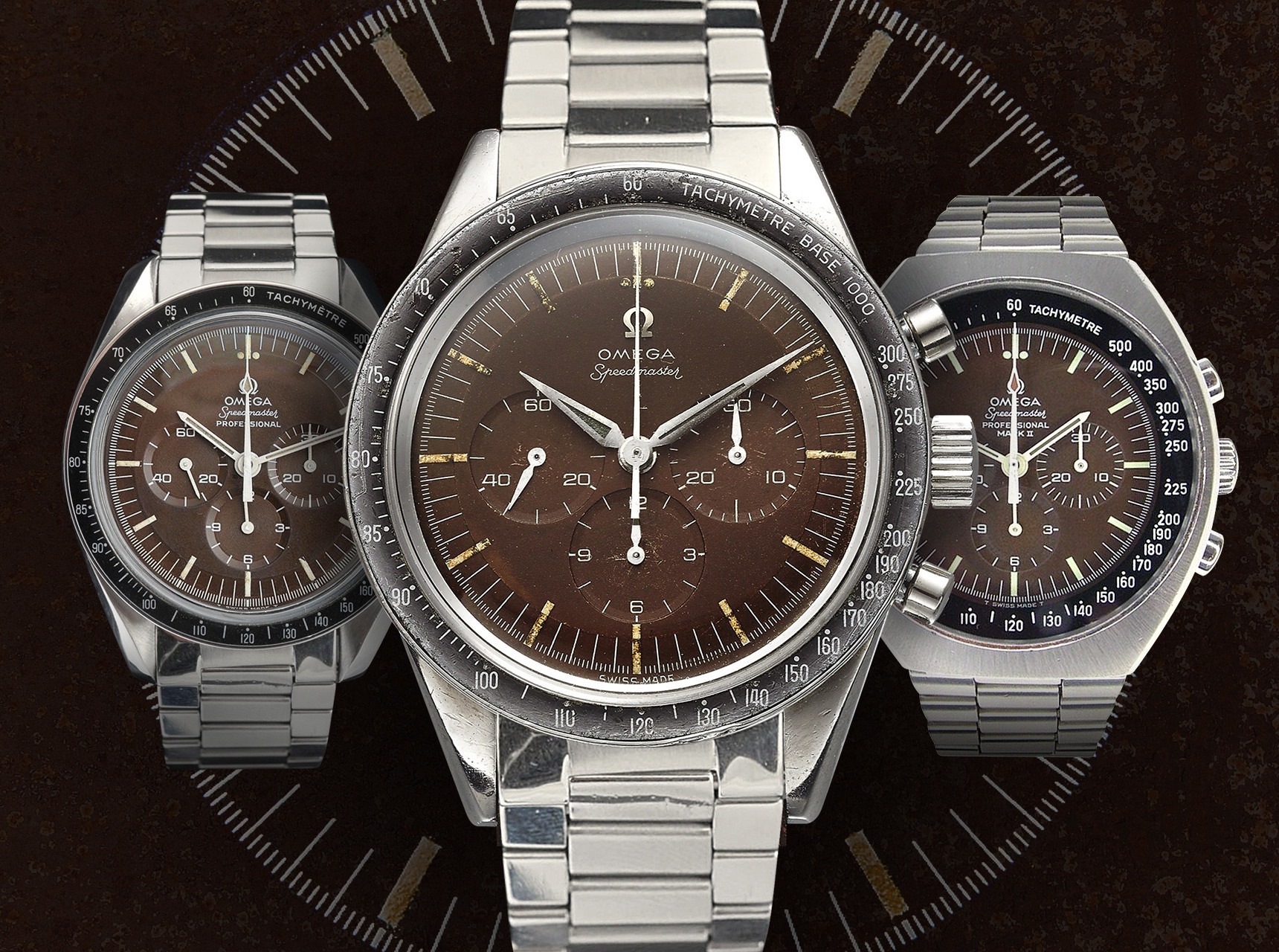 From roughly 1957 to 1965, a flaw in the manufacturing process of black dials used on the Omega Speedmaster Professional line of watches resulted in the occasional fading of the dial to a shade of brown, sometimes described as “tropical brown” or “chocolate.” Long sought after by collectors, anyone who has looked into purchasing a used Omega Speedmaster Professional will be familiar with their extraordinary prices in relation to non-faded pieces. What caused this defect, and what underlies the huge premiums required to bring one of these watches into your collection? Let’s find out.

According to Jack Khorsandi, owner of the Los Angeles vintage Omega boutique Jackmond, the fading is a defect caused by the process of dial making during the late 1950’s to early 1960’s. To prevent black dials from fading and losing their vibrancy, a chemical coating was applied to dials before they left the factory, but ironically, after five or so years, in rare cases, the opposite of the intended occurred: the chemical coating reacted with the dial and allowed for faster than normal fading.

Though most prominently associated with Omega Speedmaster Professionals, the fading was not limited to just this model nor to just Omega; Rolex watches from this time period have also been known to fade in a similar way. What is not entirely clear is whether this defect was limited to just Swiss watch manufacturers or if it extended out further. It could very well be the case that by the time the process was learned by non-Swiss manufacturers, the defect had been discovered and the chemical coating process was redesigned. 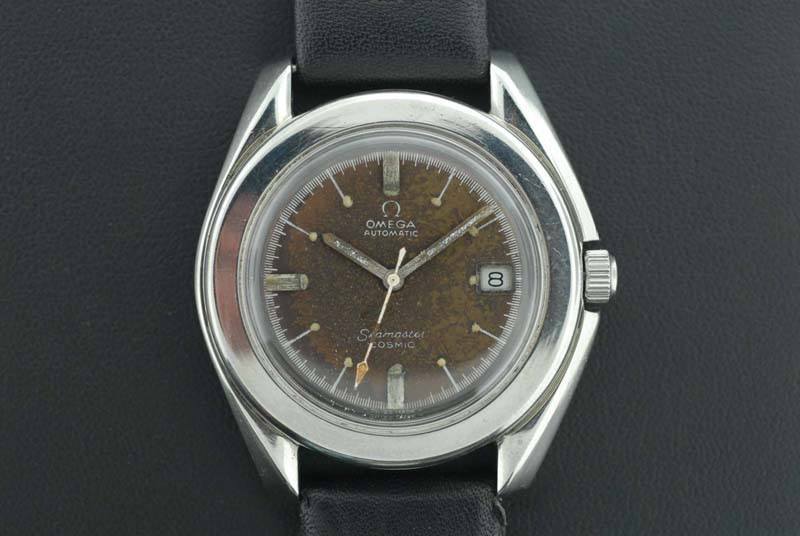 The “tropical brown” description is rooted in the fact that much of the fading is brought about by prolonged exposure to sunlight. In Switzerland, which is far from the sunny equator, the fading was less noticeable than in countries nearer to it. Thus, “tropical” was used as a descriptor since so many of the Omega Speedmaster “tropical brown” dial watches came from warm regions close to the earth’s zero degree latitude where the sun’s prominence revealed the flaw.

Collectors have been lured to the watches by their rarity and the striking beauty of an Omega Speedmaster Professional “tropical brown,” especially when paired with a strap that compliments or matches the dial’s rich hues. For better or worse, speculators have also been lured to the watches due to their rarity and the perception that the defect will only make the watches more desirable in years to come and return a tidy profit for anyone wise enough to buy now and hold. 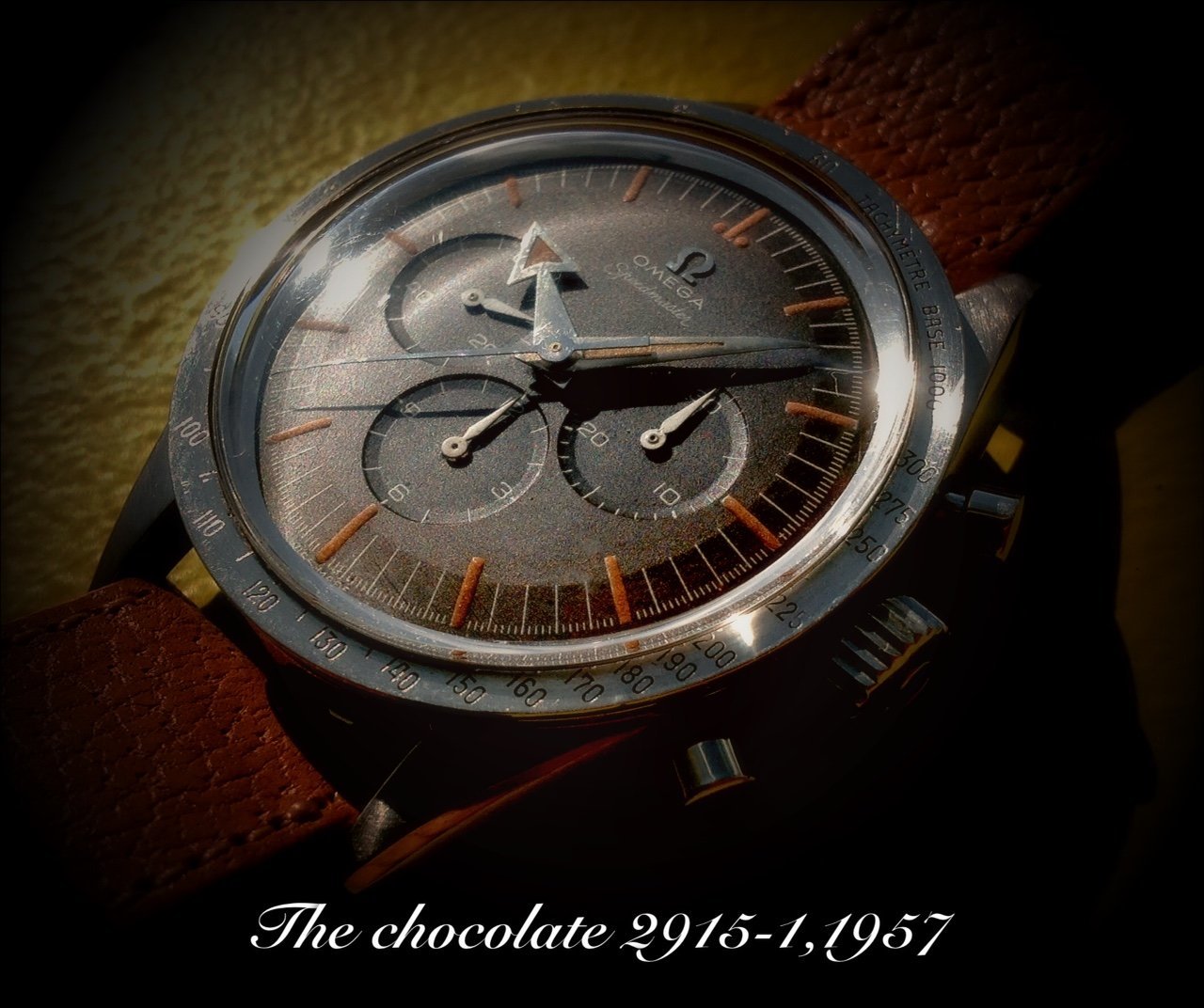 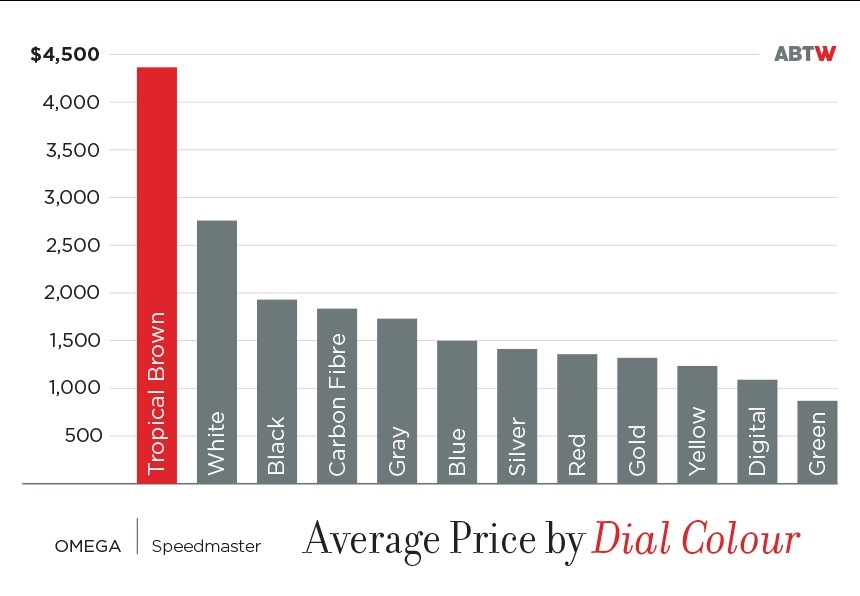 Whether or not the get-rich-slowly schemes of the speculators will pan out is yet to be seen, but this thinking does go a long way in explaining the huge premiums Omega Speedmaster Professional “tropical brown” dial watches can garner (as mentioned above). What is clear is that due to varying valuations based on the desirability of different shades of brown, watch condition, and the inflation of the market for these watches fueled by speculation, only a well-researched and committed collector should consider adding one of these rare timepieces to their collection. 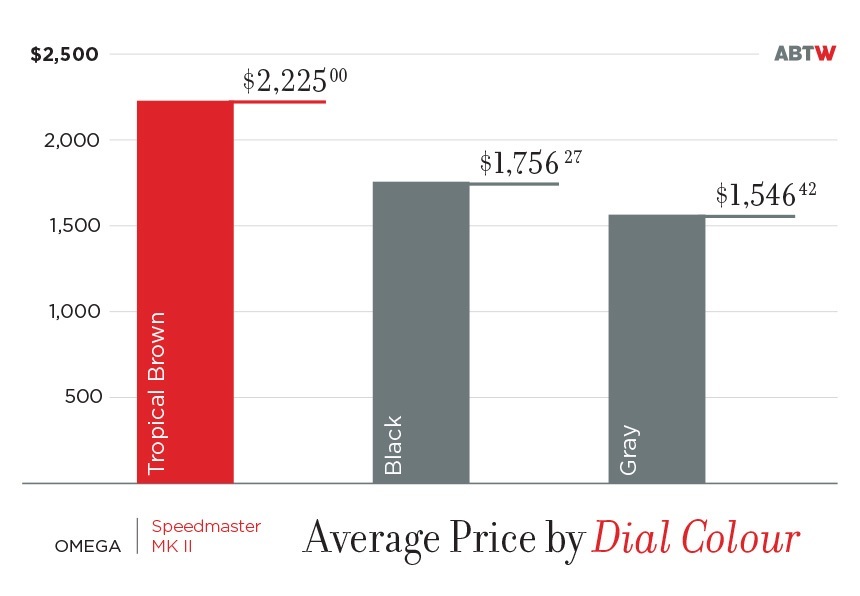 There is less of a speculative opportunity with this series, but if you like the Omega Speedmaster Mark II and are looking for an interesting addition to your collection, the Omega Speedmaster Professional “tropical brown” version may be worth looking into, especially if you have a nice brown leather strap laying around that needs something to pair with it. omegawatches.com