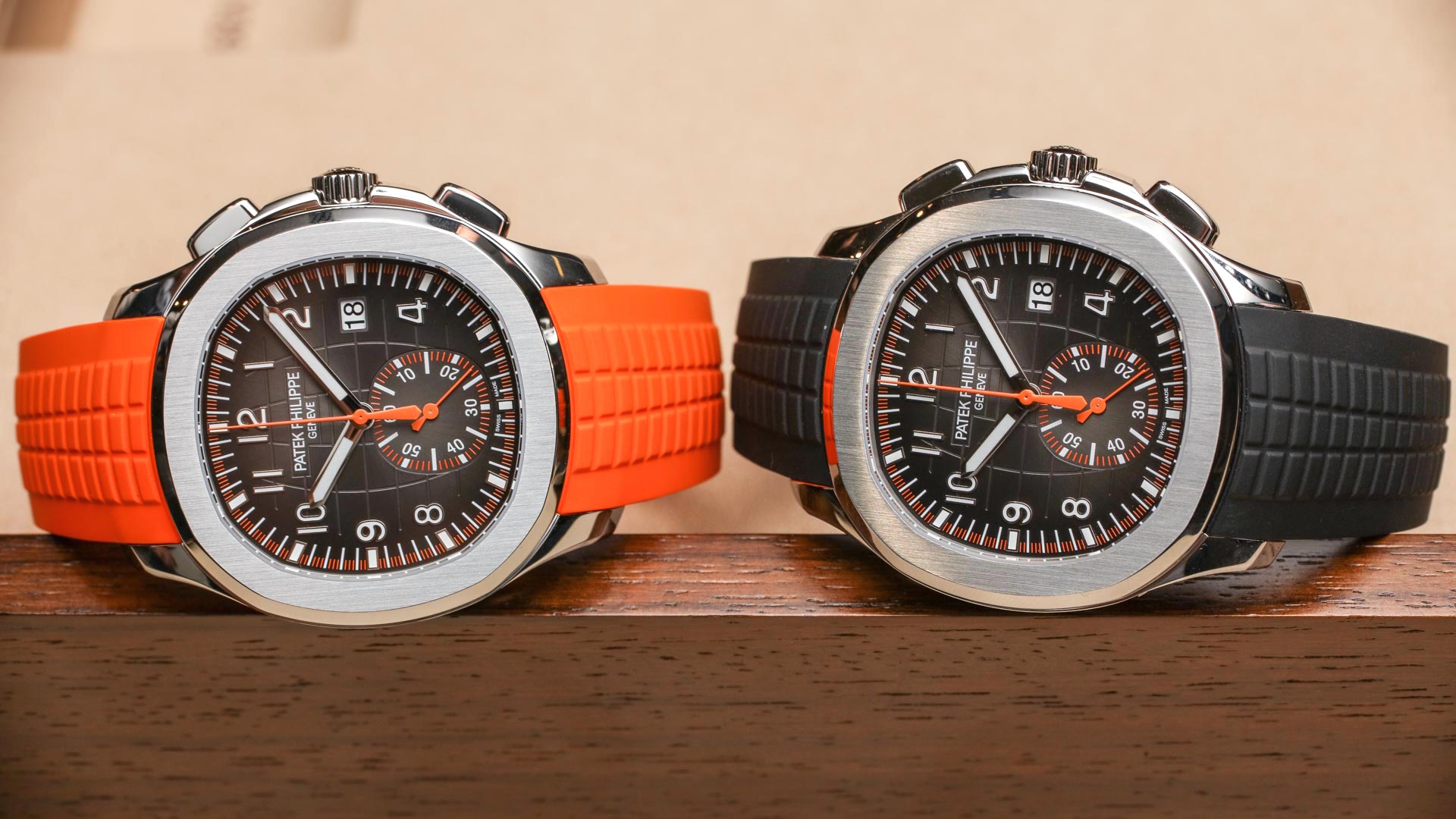 The watch industry is anything but boring, right now. The latest business trend I’ve noticed is something that could quite possibly change the way the modern watch industry does business, even if consumers protest at the start. The question us watch buyers need to ask ourselves is: Are we willing to up the amount of money we are accustomed to spending on certain brands or models, in exchange for increased actual exclusivity and also retail price consistency? Prices for a lot of popular watches and big-name luxury brands are going up — and in some instances, by a lot. The first reaction from all watch buyers is understandably defensive. So, the bad is news that the watch industry will probably raise prices on a lot of popular timepieces, and entire brands might up their average price points anywhere from 20% to 80%.

What this doesn’t mean is that all watches prices are going up, but rather prices from many popular brands. Naturally, smaller or second-tier brands will enter now abandoned price categories left by primary brands. So, there will always be wristwatches at all price categories, but the entry point for serious luxury timepieces is probably going to be raised.

A natural reaction to this turn even of events might be confusion — because the last few years saw a lot of watch price points drop. I celebrated the drop in prices because, in many instances, models were priced too ambitiously, and I always appreciate it when more people can afford good timepieces. That said, the reason prices went down was to help stimulate sales — but that isn’t really what stimulates status-item popularity. The bigger problem with overall price reductions is that they rely on a watch industry benefiting from an economy of scale that is rapidly decreasing. The mechanical (“traditional,” if you will) watch industry isn’t going to disappear but is probably experiencing another phase of contraction and consolidation as market share becomes increasingly gobbled up by more marketing-agile independent brands, as well as wrist real estate space crowded by connected-technology watches.

Another challenge the watch industry struggles to overcome is the stagnation in the economy. People aren’t making as much money as they used to, and not enough new people are becoming rich. Existing rich people are mostly well-insulated from the recession, but they are a finite buying pool. The watch industry of today must face the reality that its most likely customers in the coming years are existing customers, not the new customers it keeps scouring the planet for. (I’ll note that retailers prefer fresh-money consumers because they are considered less educated in luxury products and more prone to going with a retailer’s suggestions and less their own personal preference at that phase in their consumer journey.) But established watch consumers, who have been through at least several timepiece purchases, are at a point that retailers have far less persuasive power over their next purchase. 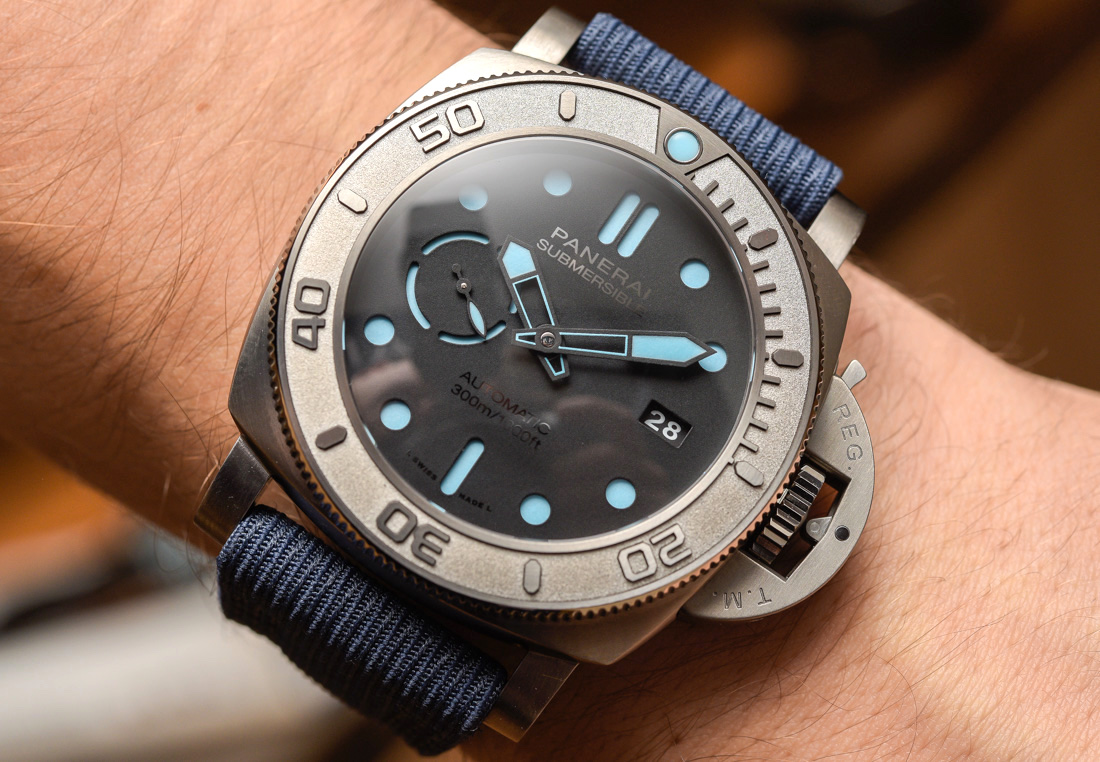 The response to fewer overall global sales for luxury wristwatches is to increase the price of each timepiece in order to make up for the lower overall production. We have seen what two decades of over-production of wristwatch inventory has done to the market — and it isn’t pretty. Scores of gray market dealers (and far worse) hawk all sorts of watches at all price ranges. Watch brands and authorized dealers routinely dump watches they can’t sell to consumers into the “gray hold,” where they are just expected to magically find discreet buyers who are paying on average 30 to 50 cents on the dollar (wholesale) for unsold wristwatches. The overwhelming volume of these unsold watches has leaked out of every orifice that one can imagine a timepiece could be sold. The situation barely lends itself to the classy, exclusive club luxury watch ownership that retail should be all about these days.

The watch industry is, unfortunately, not earning enough money right now to just decrease production volumes without increasing prices. Sure, some brands could do that, but as a whole, the cost of producing watches, including the number of suppliers involved, means that a lot of people need to eat each time a Swiss-made watch is produced. That means consumers of most big-name watches will have to accept higher costs in order to enjoy similar watches because fewer of them are actually being produced. 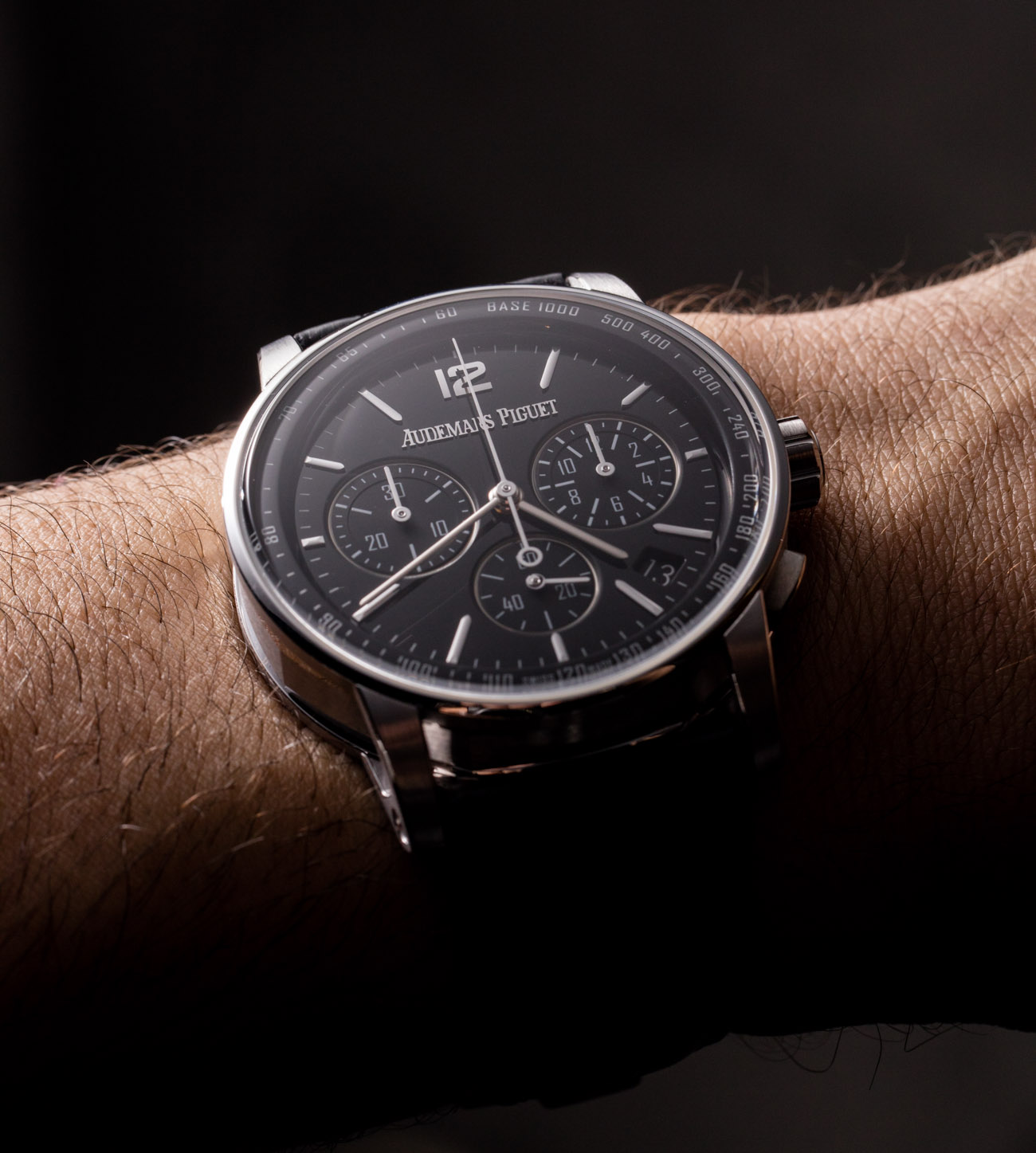 Enough consumers will celebrate this trend immediately because they know that, in the long-term, decreased wristwatch production is valuable to future resale values and collectibility. Luxury items are most valuable when they are exclusive. The deluge of limited-edition watches collectors have seen over the last 20 years or so is a direct manifestation of this trend. Consumers are actually willing to spend more to get something that fewer people have.

A lower volume of watches also, at least theoretically, means higher resale values because, again, there are fewer pieces out there. I think most collectors would be entirely okay with the notion that watches will be produced in lower volumes, if only because it is entirely obvious to them that more exclusivity can potentially mean more prestige and collector demand in the future. Another likely effect of increased exclusivity is price consistency. If there is less competition to sell watches, then there isn’t as much competition to earn customers through discounts. Broad discounting simply trains consumers that retail prices don’t mean anything. If prices did start to mean something, because fewer watches were being produced and, thus, discounted, then I think watch consumers would be much more accepting of retail prices higher than what they are used to paying. 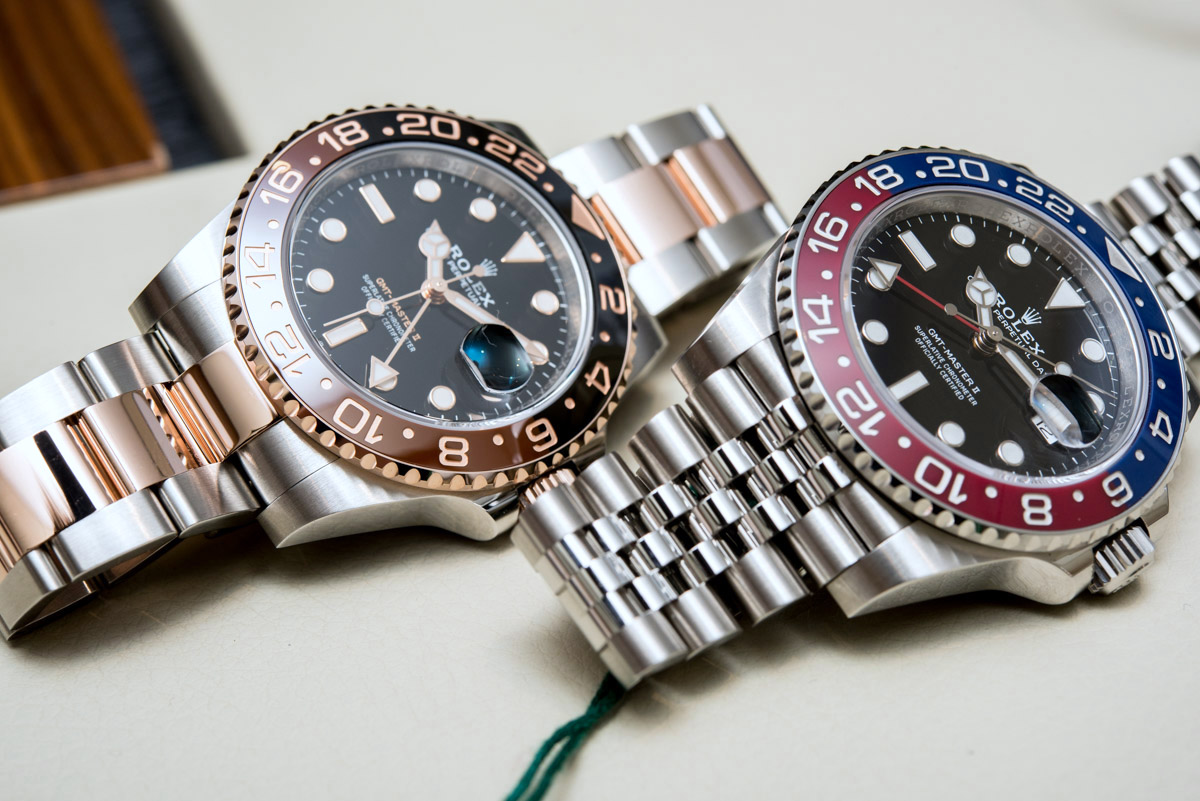 Finally, what might also occur with the “big name” watchmakers increasing their prices and lowering their production volumes is an evening out of demand across brands and watch models. If discount-hunting becomes less a part of the collector culture, then the game of watch buying will be seeking out what you can find to buy, as opposed to how much money you spent on it. Right now in the market, there are hundreds of brands, and yet collectors focus on perhaps 25 brands, with about five of those receiving the majority of attention. The consumer market is far bigger than that number of watch brands, and a flattening of discounts and increase in price points is a sure way to spread attention across more of them, in my opinion.

In 2019 and beyond, wristwatch collecting will continue to be a fun and accessible hobby at all price levels. It does not require a lot of money to buy many of the world’s available automatic watches, for example. Collecting, or merely appreciating (as an owner), luxury watches will probably be more elitist tomorrow than it is today. There will always be plenty of good watches for the middle class, but those watches intended for the ultra-wealthy will be priced accordingly. What their customers will get in response is the assurance that few other people also have their products, as well as the peace of mind that their same wrist trophies aren’t being discounted to the level that someone in a different socio-economic class can afford it. 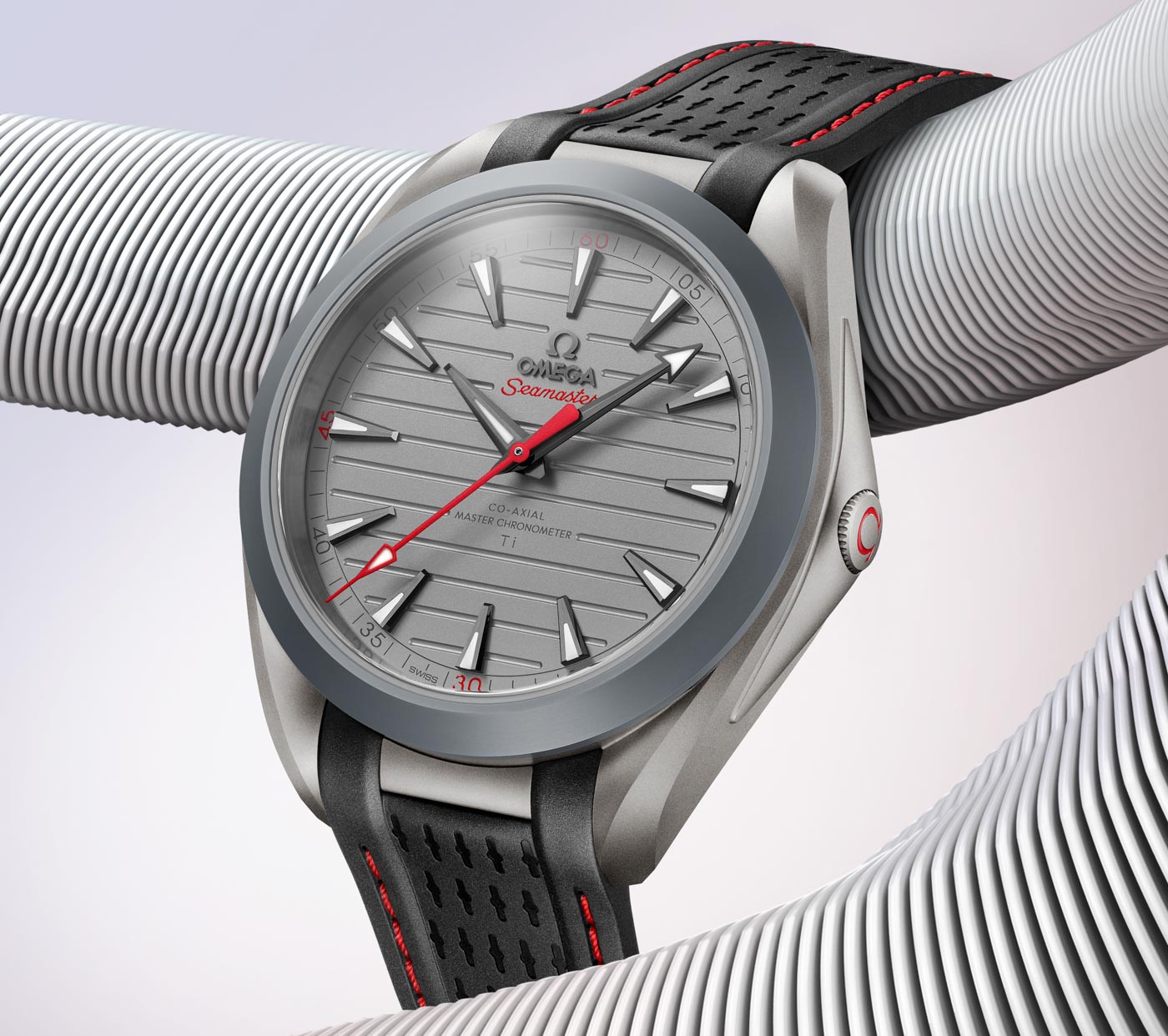 Most “regular guy” watch collectors are already psychologically ready for “outpricing” since they grew up in an industry where Richard Mille and ilk routinely price most of their watches like nice homes. Those collectors will have plenty of other brands vying for their attention, but it is possible that more than one of the brands they know and love could be unaffordable overnight.

The watch industry in various areas has already begun the process of increasing prices here and there. How fast it will continue can depend on a number of variables. What I am sure of is that if the watch industry embraces its need to shrink and focus a bit, then it will also realize that to earn enough to sustain business, price points of the bigger brands will mostly need to go up. This is especially because the market for wristwatches is established and stagnant, which means brands will need to routinely sell to the same group of consumers — a group that happens to be mostly wealthy and able to absorb even appreciable price increases. Regular watch collectors might want to start planning and spending accordingly.