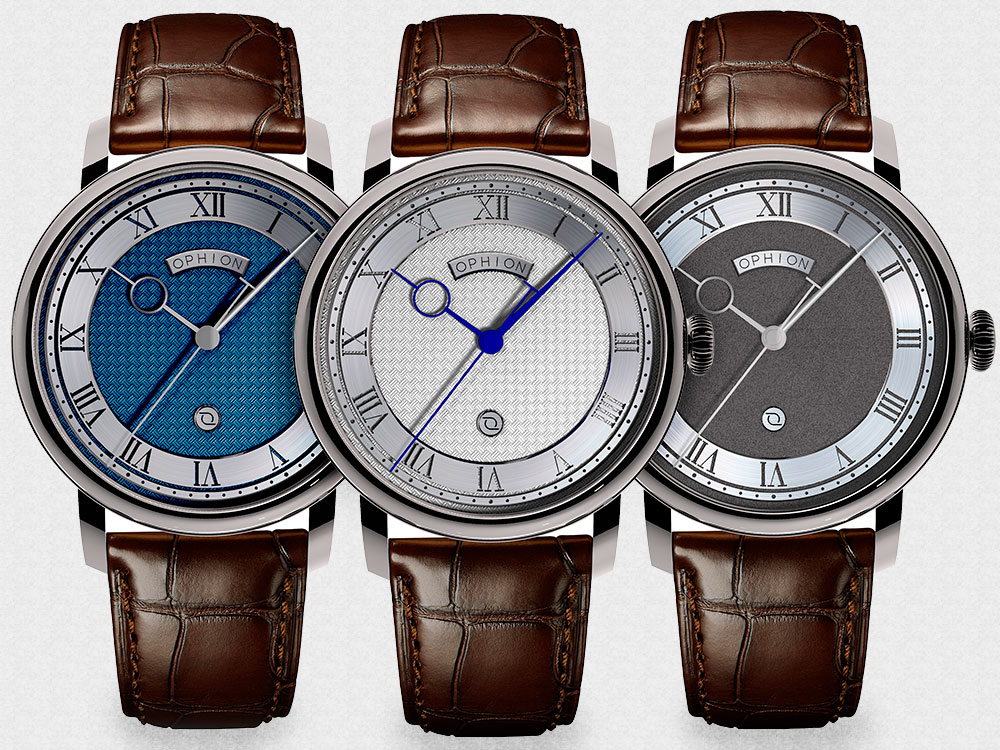 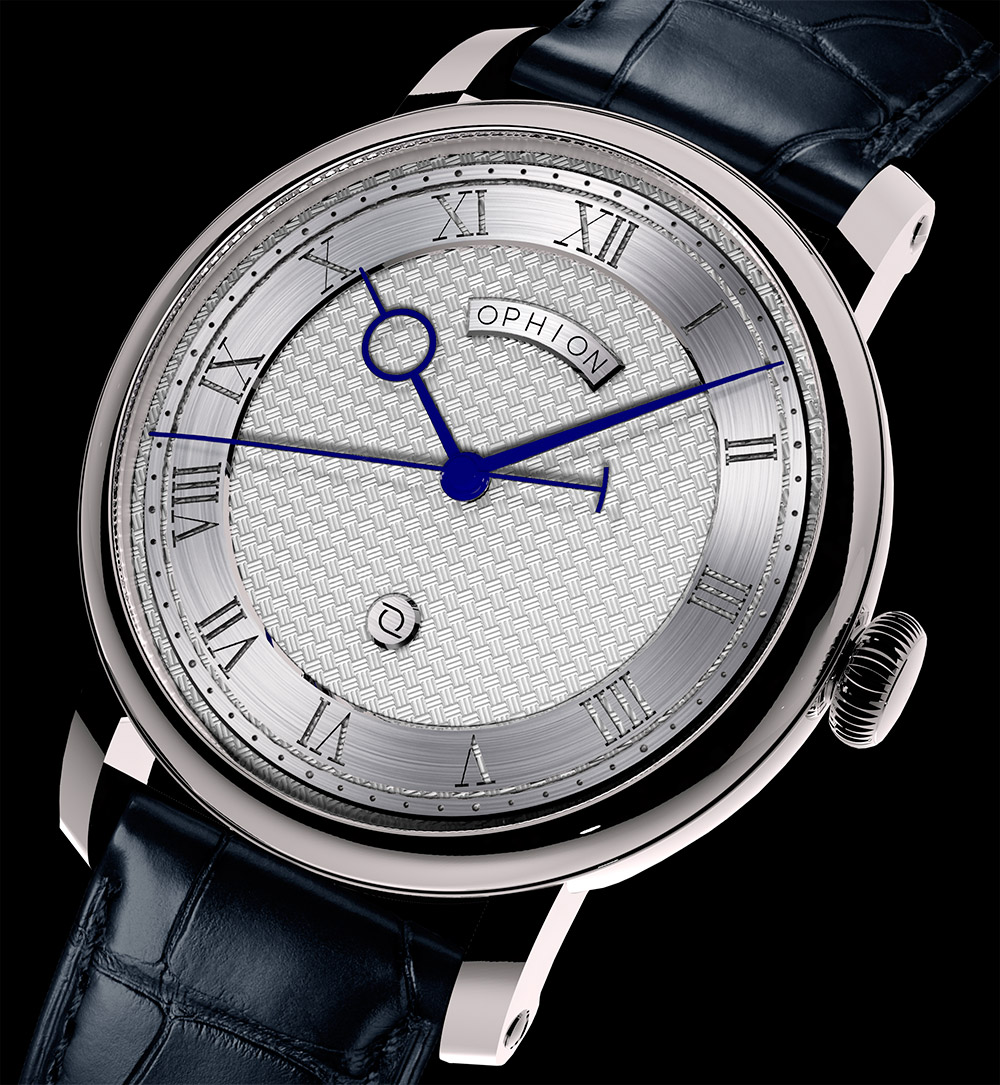 A young brand based in Spain, Ophion has just launched its second model. The Ophion OPH 786 watch’s concept is based on early pocket watches and is expressed not only in its guilloche dial, Roman numerals, and traditional-looking hands, but in the movement design and decoration as well. For under €2,000, this is a micro brand offering a package with a lot of value, interesting features, and solid specs, and I’m excited to help introduce it. 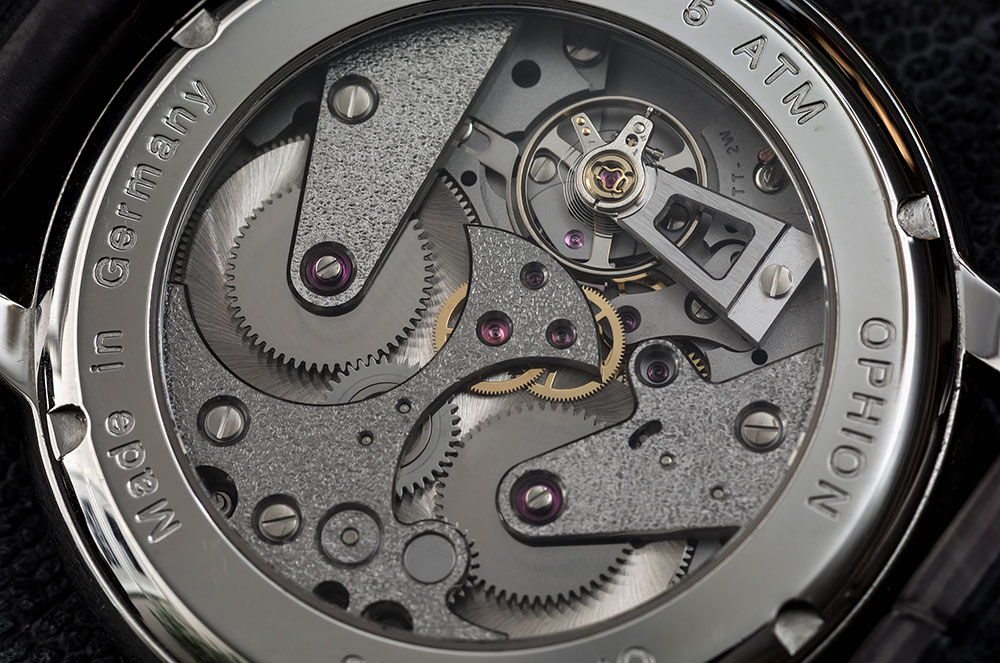 We like to support new and upcoming brands when we feel they offer value or something unique, and Ophion does both. Ophion positions each collection in a particular historical era, with their first model, the Ophion OPH 960 (enthusiastically reviewed here), taking design cues from the 1960s. From the OPH 960 and the 1960s, the new Ophion OPH 786 watch is based on pocket watches from the 1700s – Breguet, in particular – reaching a bit further back than so many of the “new-vintage” models and rereleases we see today to some of the first watches to use guilloche. With some parts (such as the case and dial) being from Germany and others (like the movement) being Swiss, the watches are assembled in Germany – not an uncommon approach for micro brands (or otherwise) in an internationally connected world. 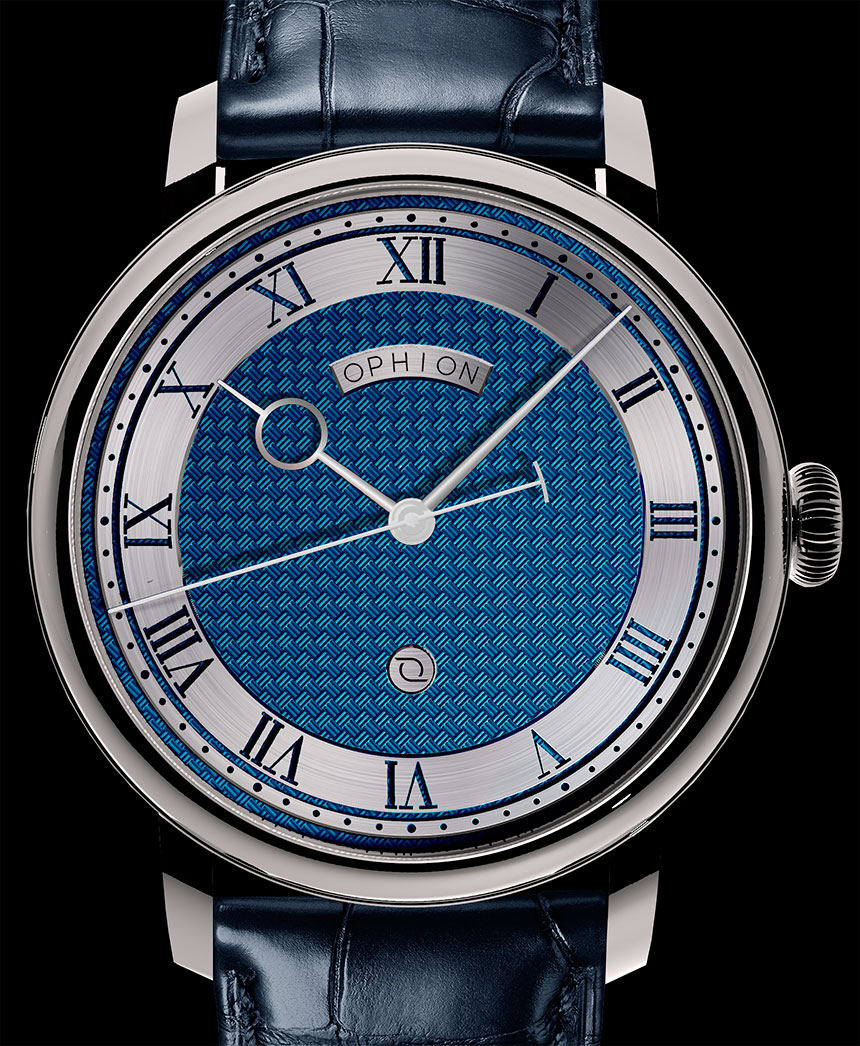 In a modern (wristwatch) case, the Ophion OPH 786 dials feature either a guilloche pattern in blue or silver, or a gray, stamped “grain” texture. Ophion emphasizes that the guilloche dials are produced by CNC machines as opposed to being stamped as we might see on other watches in this price range. They further assure us that the effect and the way it reacts with light is superior. That, of course, is different still from the way Breguet produces guilloche dials for very high-end watches using rose engine lathes, as we observed when visiting the Breguet manufacture here (see page 3). 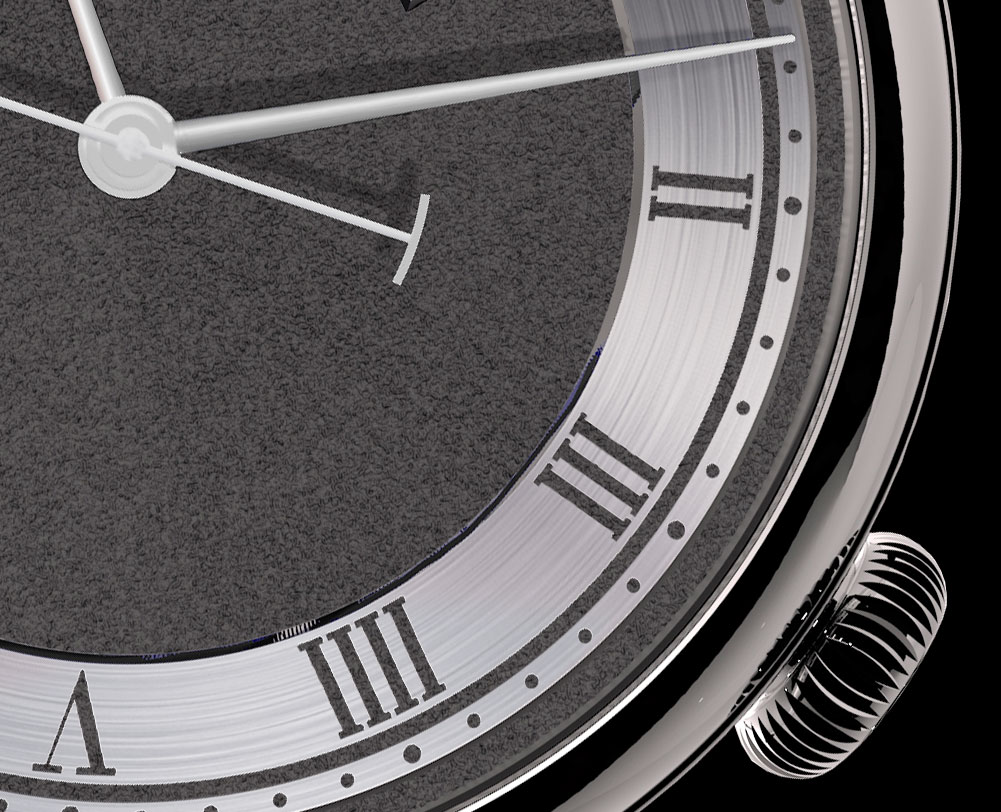 The thin, rounded and polished case of the Ophion OPH 786 is 39mm wide and 10.35mm thick, including 2.5mm added by the domed sapphire crystal. Even if that is on the small side for current watch tastes, many people never stopped liking watches at this size – especially if their climate requires long sleeves for a good part of the year – and it’s totally fine with me, even here in the tropics. While it’s no dive watch, I’m really glad to see a 50m water-resistance rating on a watch without even any sporty pretenses – as opposed to the standard minimum of 30m. Rather than being content with the guilloche and custom movement as novelty or gimmick, the extra care evident in assuring solid specs goes a long way with me. 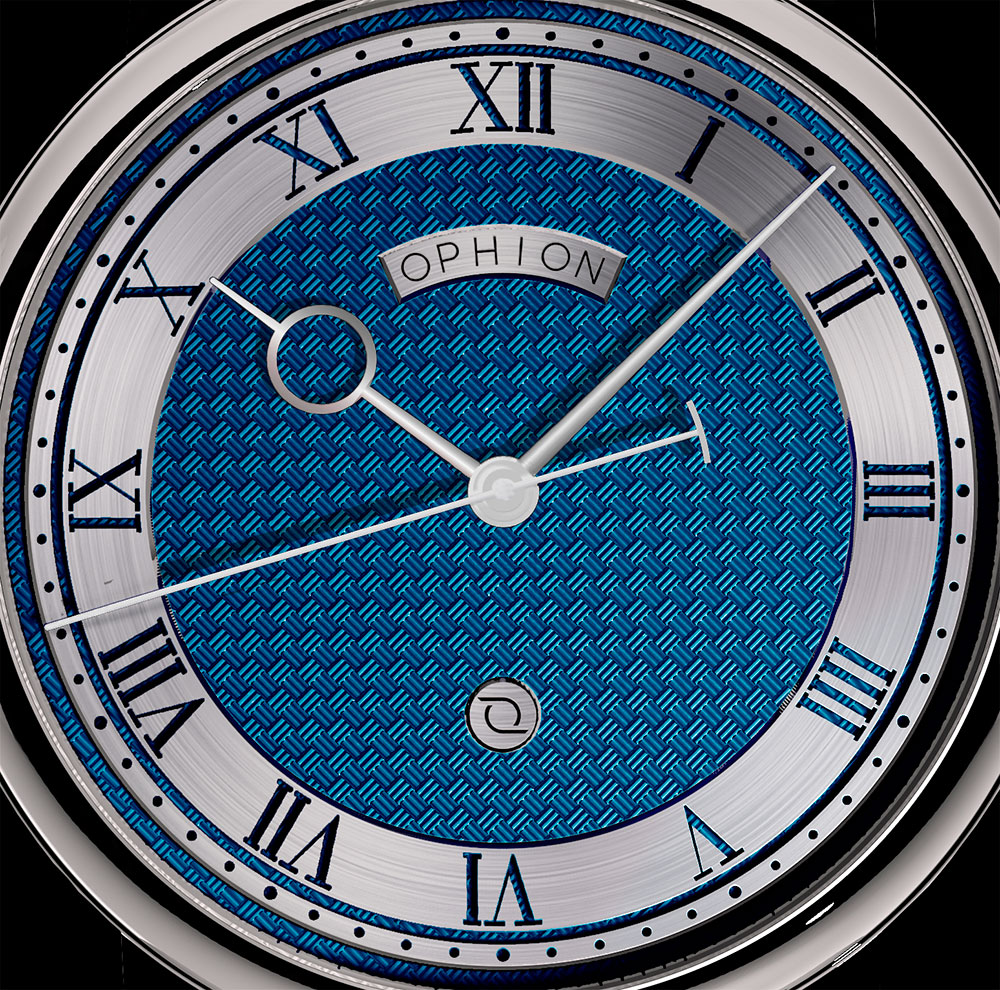 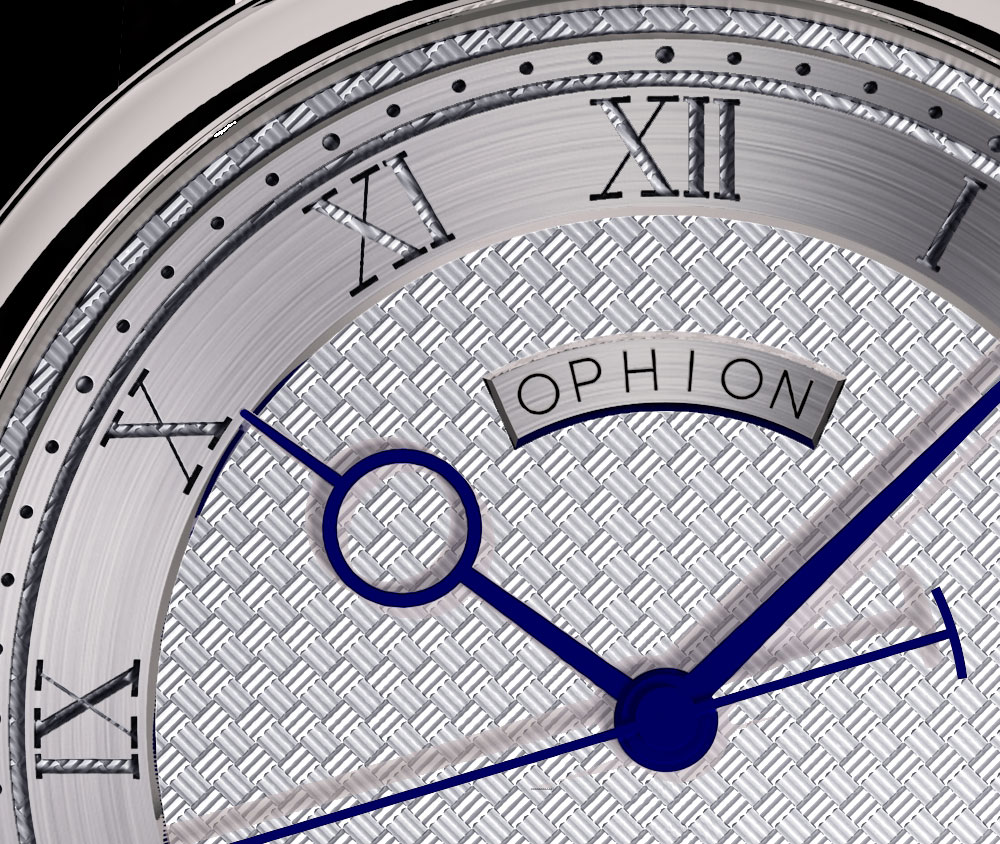 Suspended slightly above the guilloche or grained dial is a ring with cutout Roman numeral hour markers and an outer ring with round holes for the minutes. Both texture and depth should keep an otherwise simple and restrained dial far from boring. The hour hand is in a large “pomme” or “Breguet” style, while the minute and seconds hands are a plain needle shape – I like the long but simple counterweight of the seconds hand. The silver dial model has thermal blued hands, while the other two versions use nickel-plated ones for contrast. Many people nowadays demand lume on all watches, but the lack of it here seems entirely acceptable and appropriate to me – even if I do end up thinking about how lume could have been incorporated. 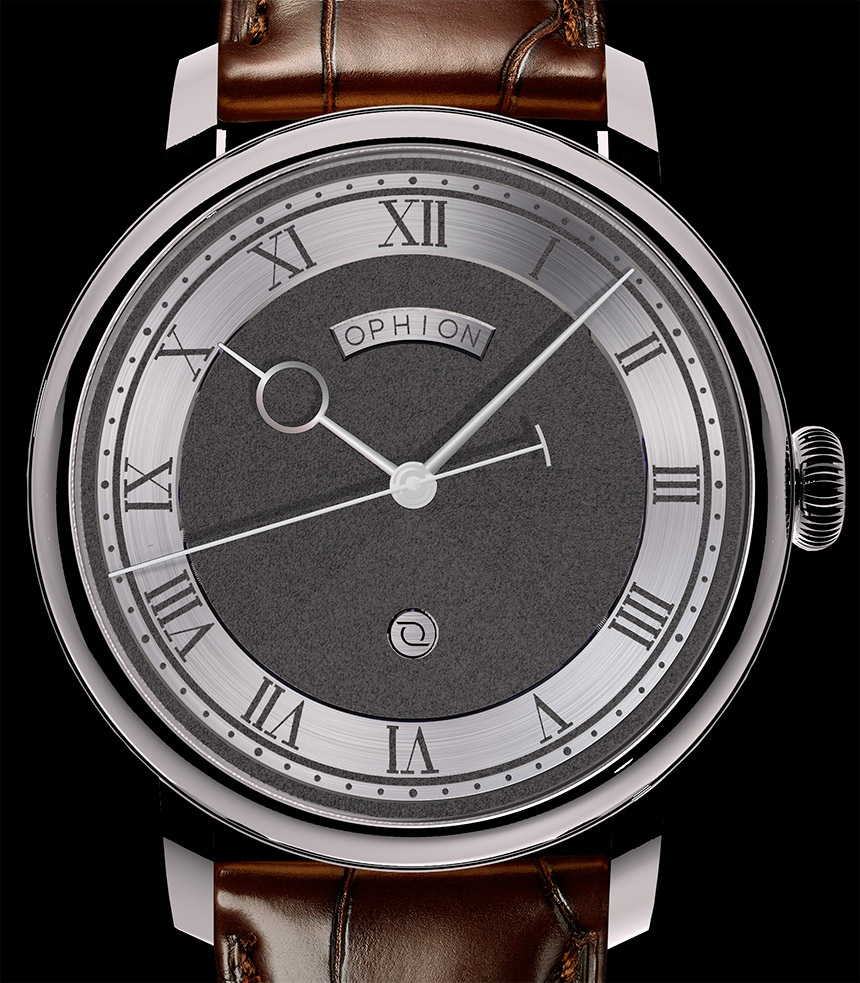 Let’s get to the movement. While the brand emphasizes the dial’s guilloche first, the movement is equally notable, and together they make for an unusually integrated approach. The TT 718 movements inside the Ophion OPH 786 watches were produced by a very small movement maker called Technotime that was recently purchased by Soprod. Ophion tells us that the first batch was bought directly from Technotime, but they will continue receiving the same movements from Soprod going forward. The manually wound TT 718 operates at 4Hz and offers a long power reserve of 120 hours via two barrels. 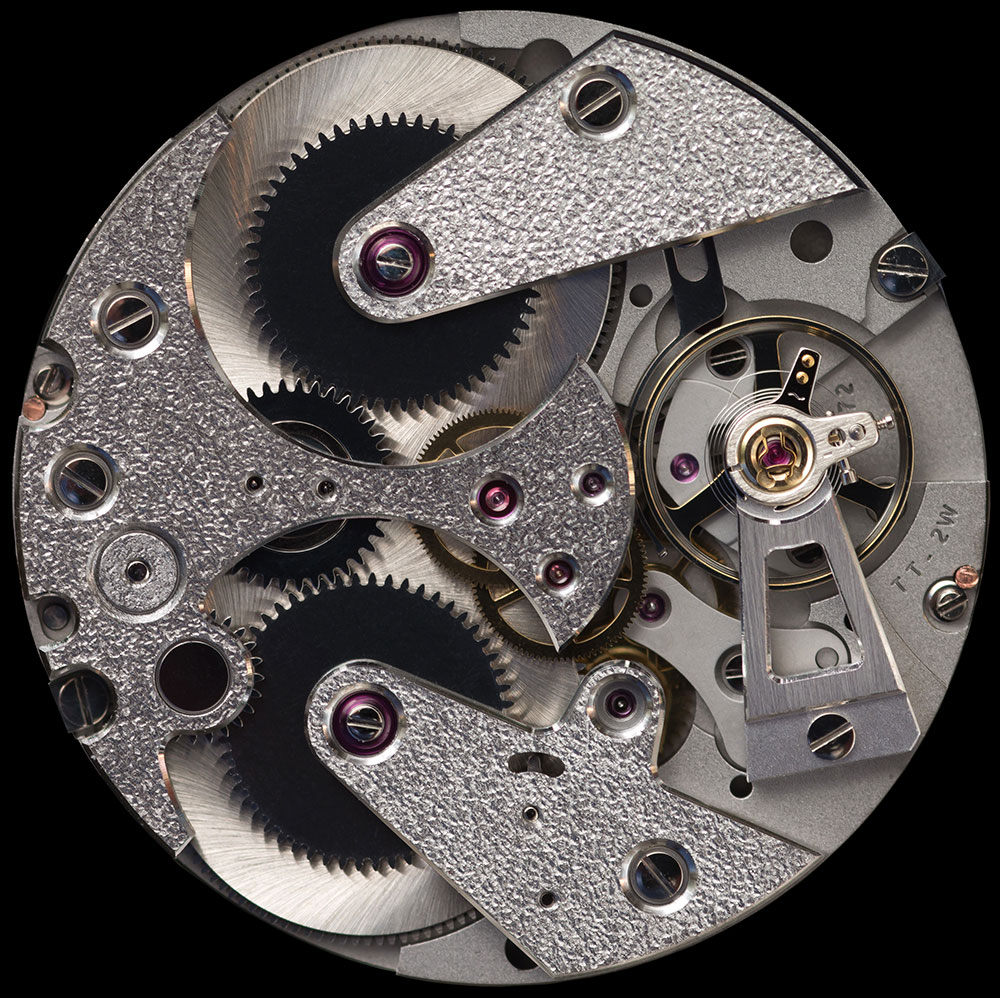 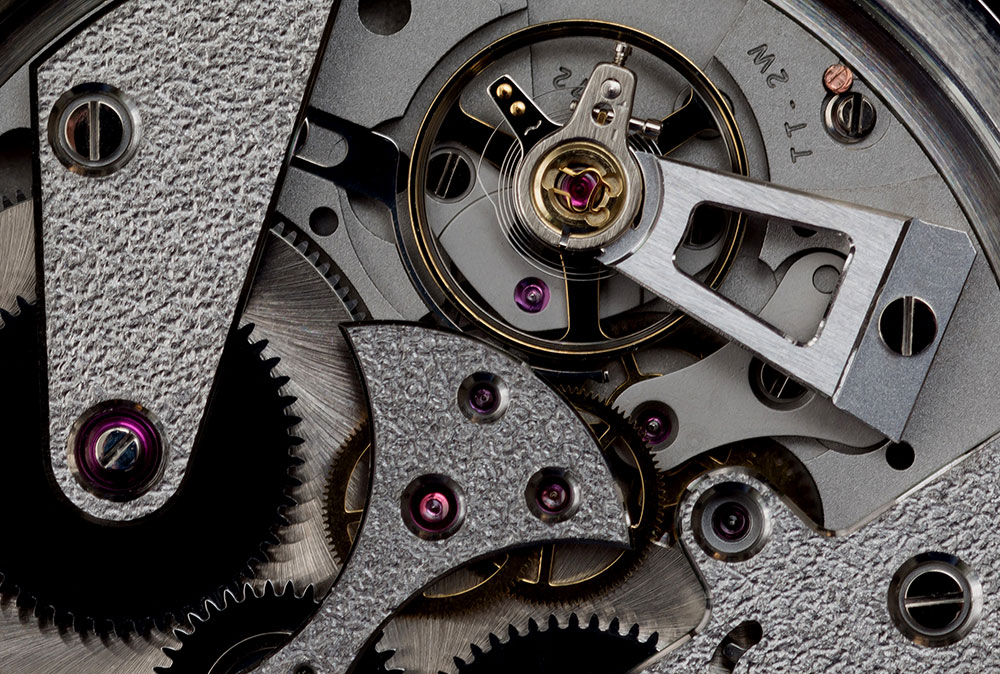 Ophion has redesigned the bridges and added its own decoration to the TT 718 movement meant to recall the aesthetics of old Breguet pocket watch movements. A lot of brands would have stopped at the dial for their “tribute” and written some longwinded drivel about “heritage.” Instead, the Ophion OPH 786 offers not only dial-side interest, but an uncommon movement customized to this specific watch. The bridges feature a hand-hammered texture, machine-champhered edges, and polished countersinks for the screws. The balance bridge is then brushed and the mainplate is sandblasted. Technotime also produced their own hairsprings, which is quite uncommon. With a lot on show, a mix of finishes, and an uncommon movement with a customized bridge design, that’s a lot more to look at than Geneva stripes, perlage, and custom rotors on common ETA movements. 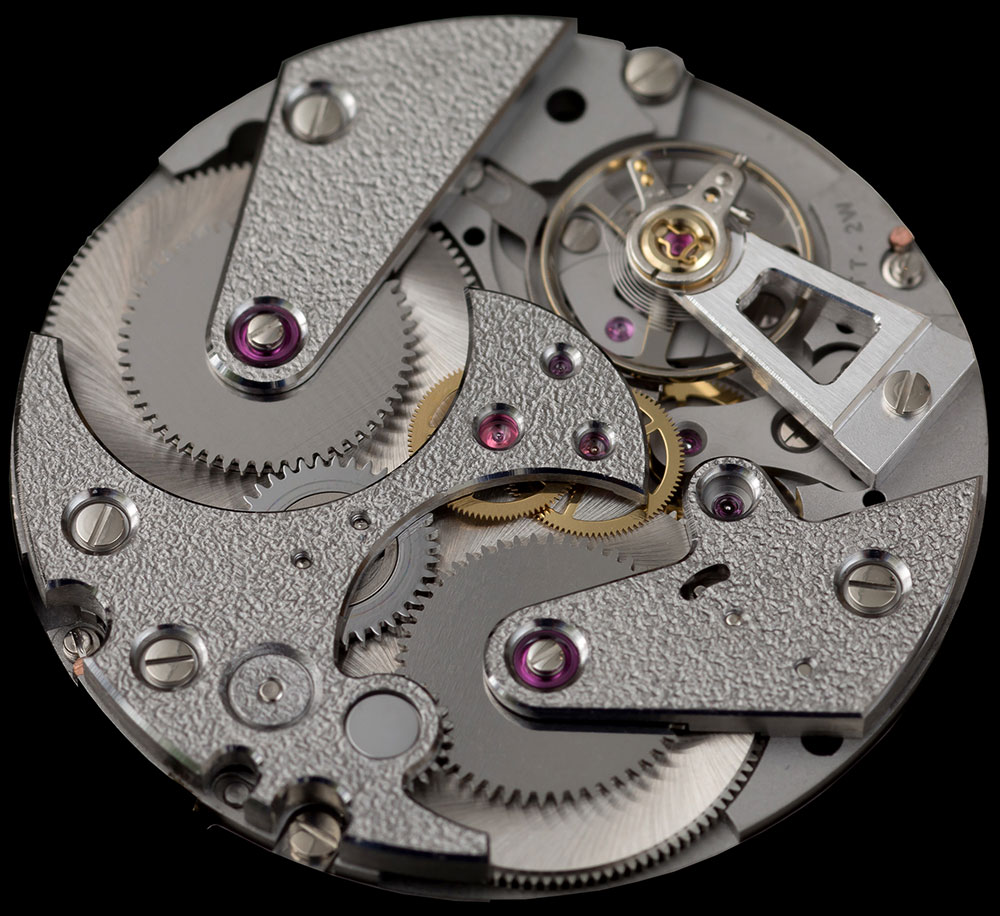 Frankly, I feel that Ophion is offering something really cool and unique for this price level. While I personally tend to be rather skeptical of both “borrowed styles” as well as Roman numerals in general (just me, maybe, but I find it’s hard to make them not look stuffy), the brand has blown away my reservations with the integrated and tasteful design, interest, and value offered at this price. At least, I’m very curious to see the final product in person.

The Ophion OPH 786 watch is now taking preorders with an estimated delivery of November 2017. The Ophion OPH 786 with Granular Grey dial will have a retail price of €1,650, and the guilloche dial watches will each be €1,990. ophion-watches.com