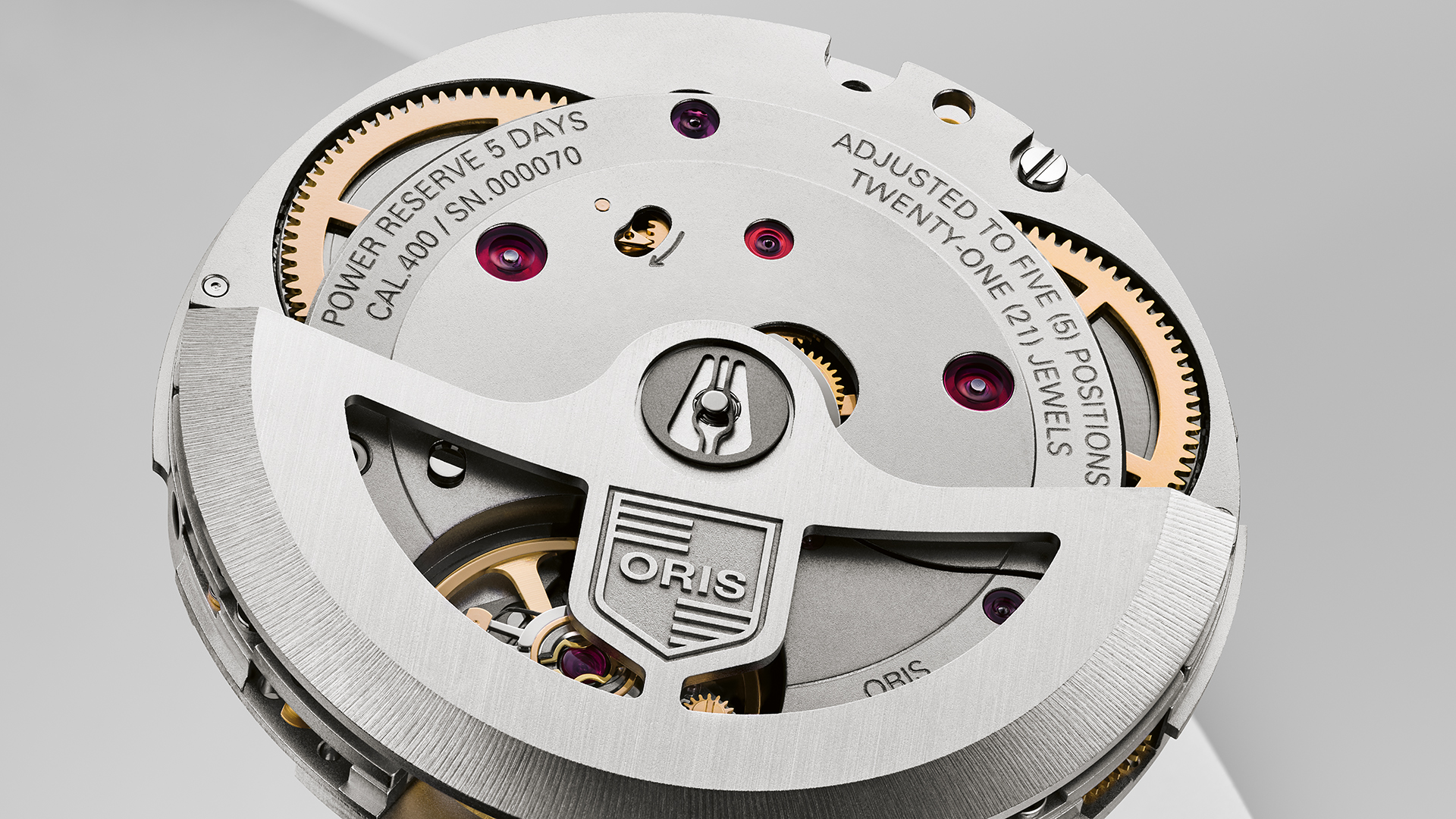 The entry level luxury segment is one of the most fiercely competitive segments in the current watch market. While brands like Oris have continually raised the bar for timepieces in this price range in recent years, one of the great challenges for any watch company in this space is the cost and complexity of developing an in-house movement. While many of its flagship models still rely on outside suppliers for movements, Oris has announced a major step toward movement independence for the brand. The all new in-house Oris Calibre 400 movement not only brings a manufacture option to the brand’s stable, but also substantially raises the bar for modern movements in its price range. 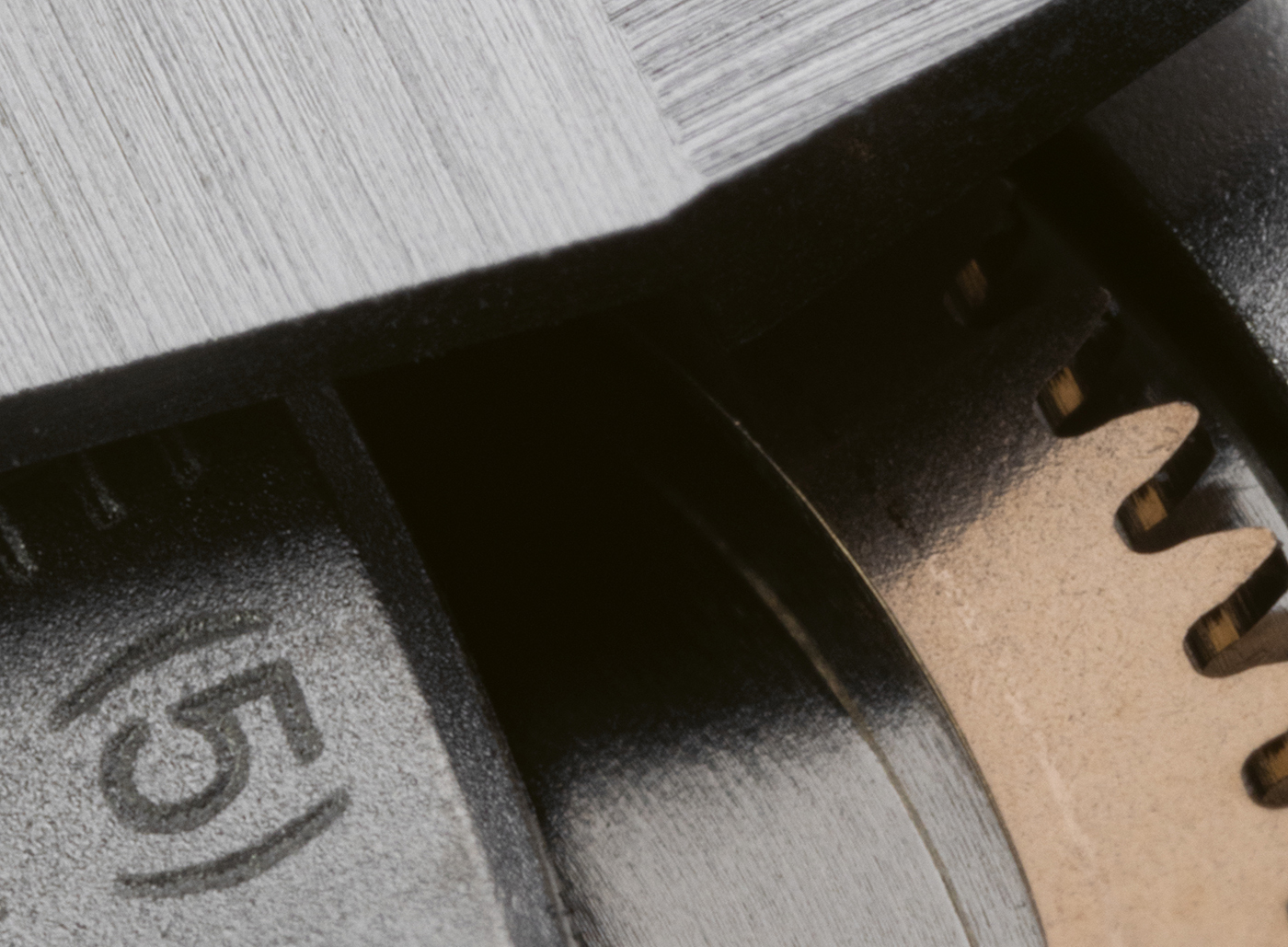 The manufacture Oris Calibre 400 automatic movement is fully designed and developed by the brand, with a concept focused on catering to the modern mechanical watch owner’s greatest concerns. Aesthetically, it’s simple and minimalist for a mechanical movement, with undecorated full bridges interrupted only by the prominent balance wheel and symmetrical twin mainspring barrels. These twin barrels are the first clue to one of the Calibre 400’s biggest selling points – its massive 120 hour power reserve. The brand also claims to have conducted an intensive study into mechanical movement breakdowns, and found the most common failure point for automatic movements to be the ball bearing system that allows the winding rotor to spin. With this in mind, Oris have ditched the traditional ball bearing track entirely for the Calibre 400’s winding rotor, replacing it with a far simpler and more durable slide bearing system with a metal stud inside a lubricated track. 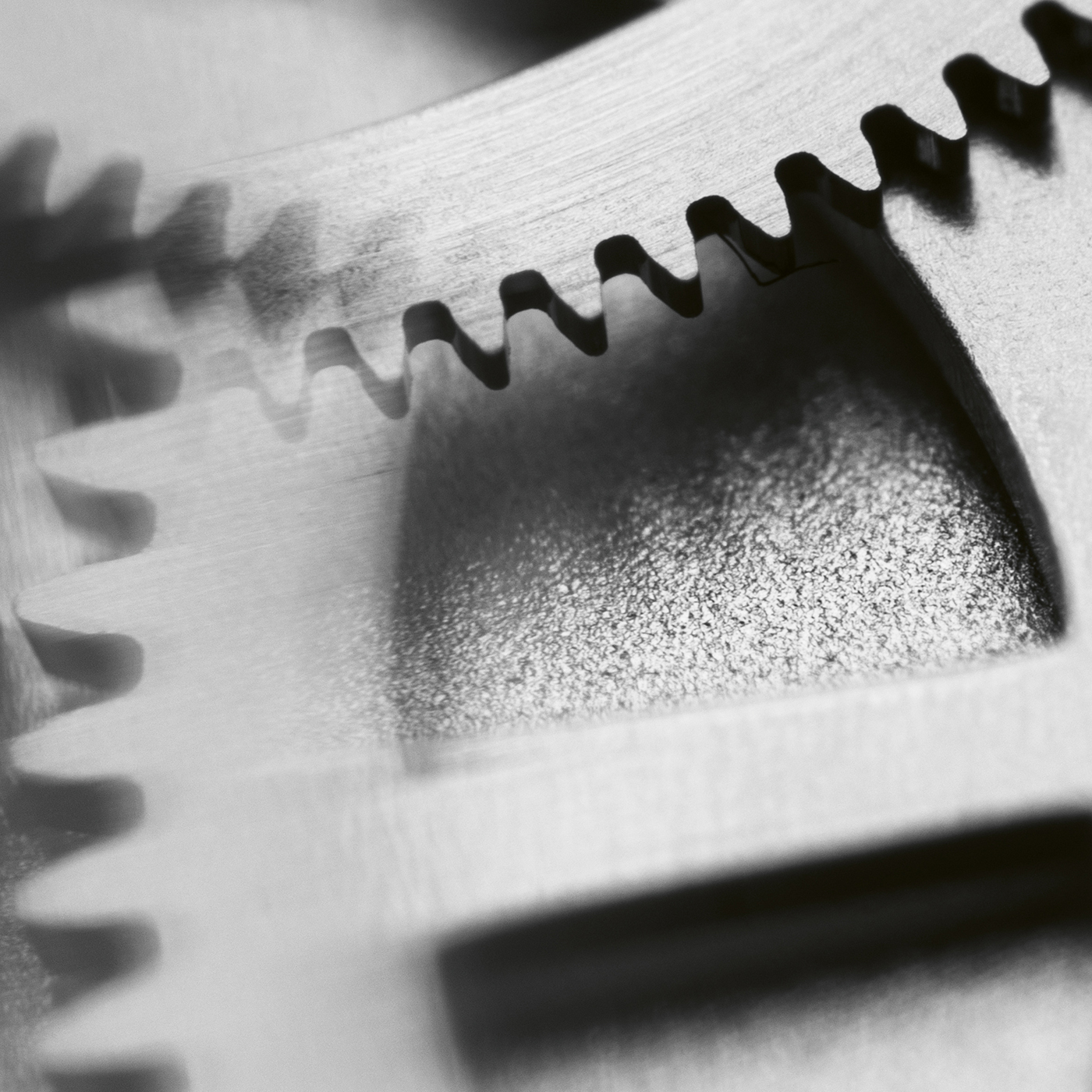 Other concepts introduced in the name of reliability include an antimagnetic system with over 30 components including a silicon escape wheel and silicon anchor that allow the Calibre 400 to perform within one third of the allowed deviation after being exposed to 11 times the magnetism required for the ISO 764 standard for antimagnetic timepieces. These more durable components allow Oris to grant the Calibre 400 a nearly unheard of 10 year warranty and 10 year recommended service interval. Raw accuracy is robust as well. While Oris has declined to submit the Calibre 400 to COSC for official chronometer certification, the brand claims accuracy figures well within COSC requirements at -3/+5 seconds per day. The lack of decoration or visual detail on the movement may prove to be a turn off to some enthusiasts, however. 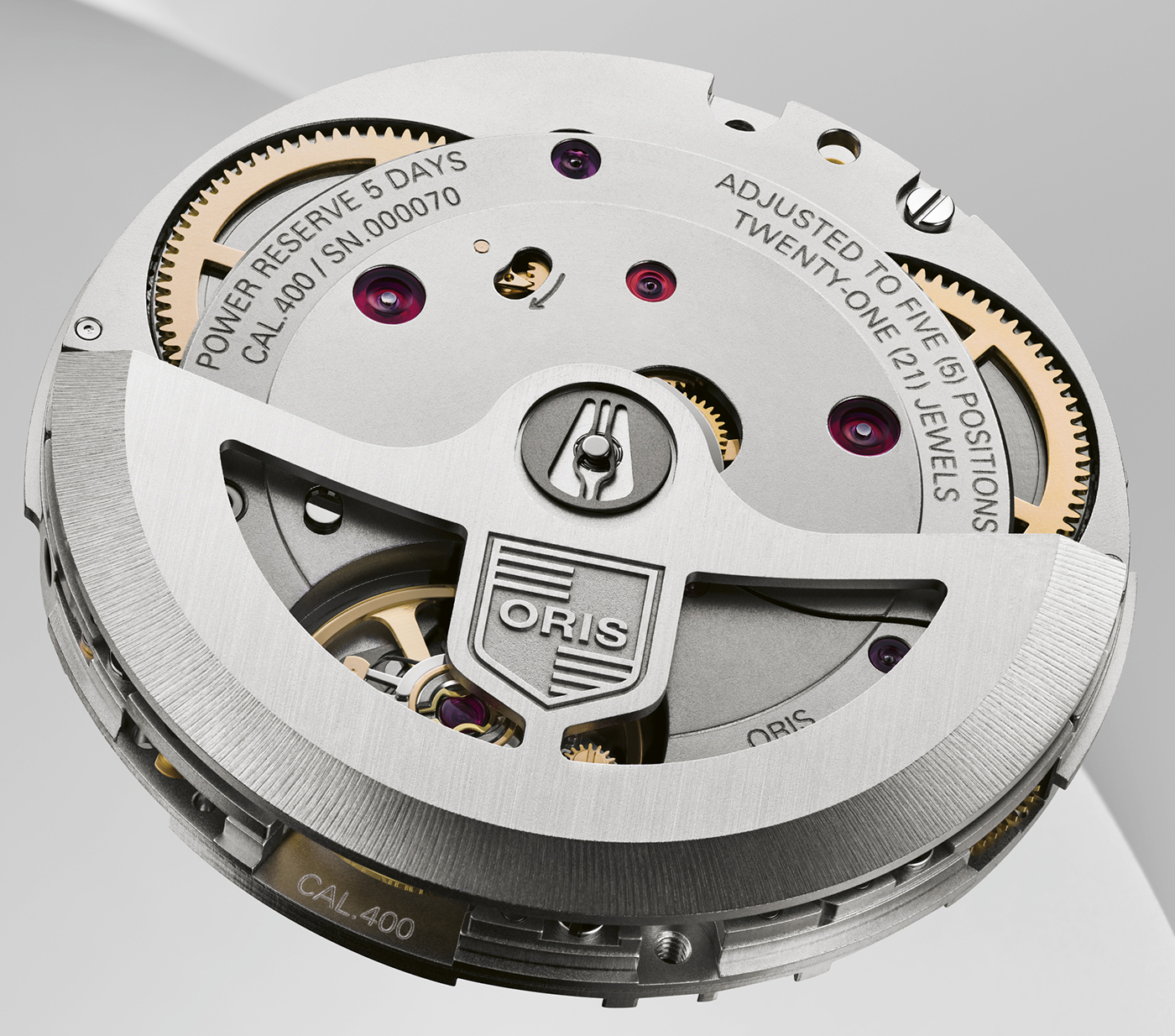 With the Calibre 400 movement, Oris looks to improve its own lineup of three-hand timepieces while also setting a new standard for in house horology in its segment. While no specific models using the Calibre 400 have been announced at this point, the brand will likely begin rolling out Calibre 400 equipped timepieces by the end of the year. For more information, please visit the brand’s website.