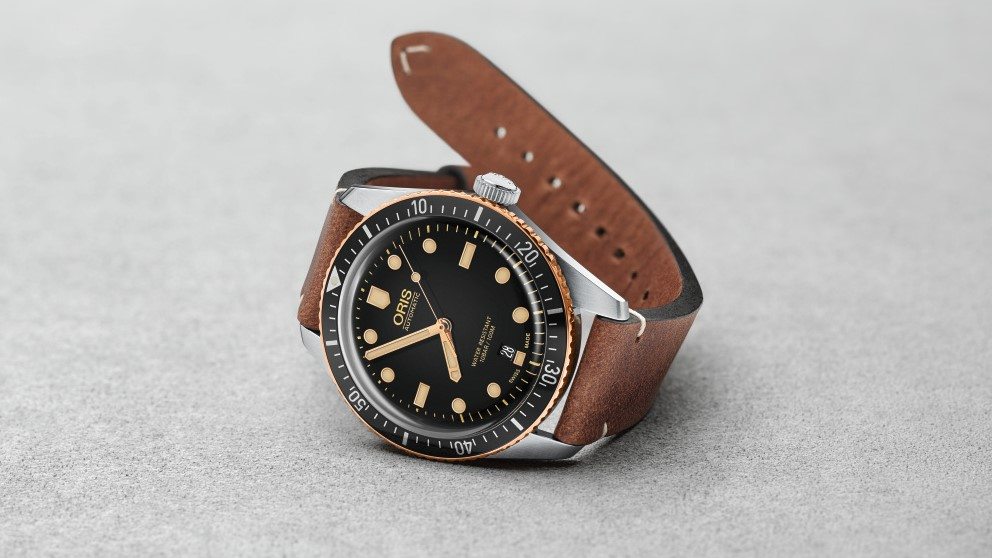 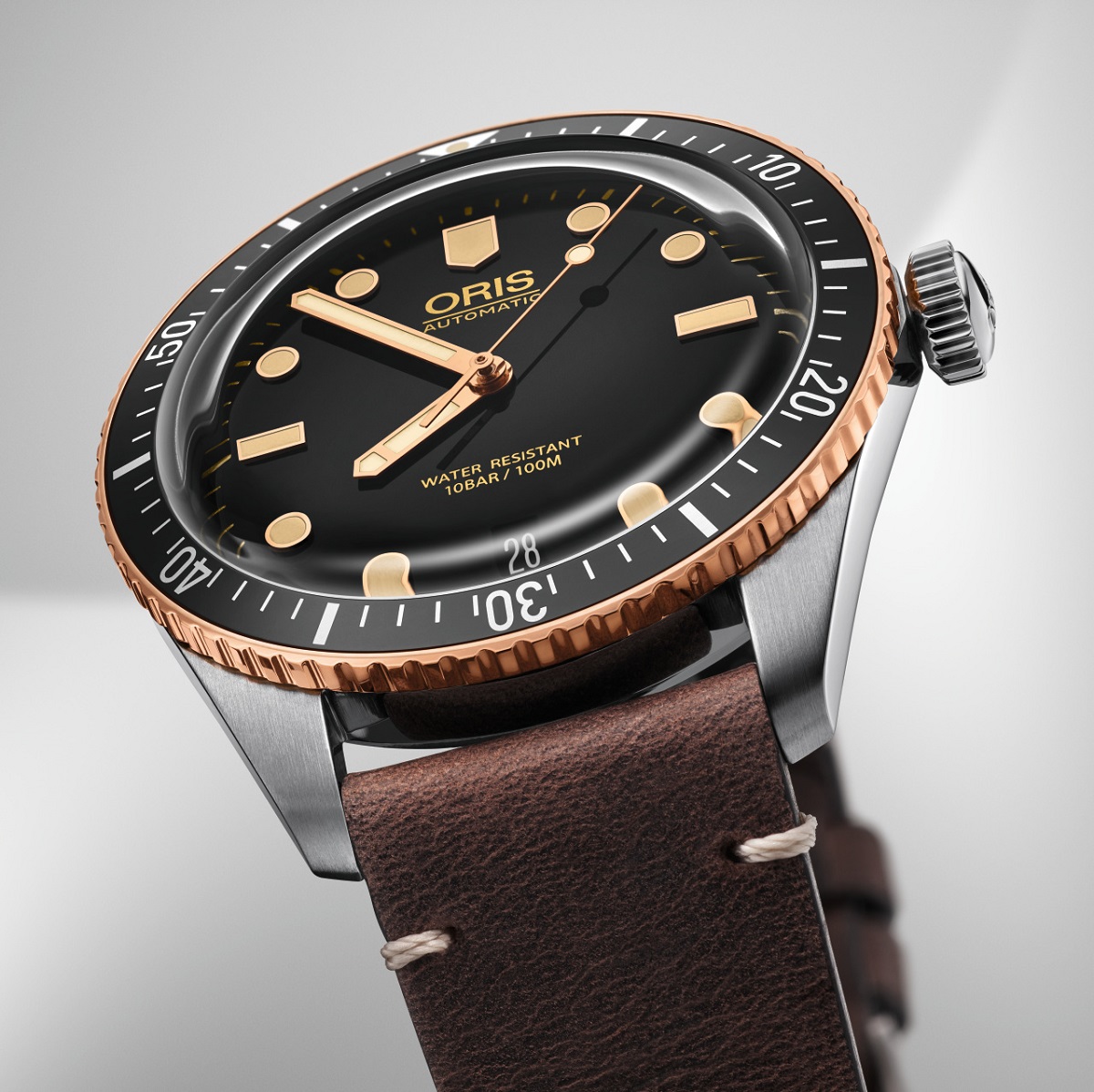 In 2016, Oris announced that they were releasing a new heritage line of watches called the Divers Sixty-Five. These were a callback to some very classic models that they made in the ’60s and were very well-received by the watch community at large. This year at Baselworld 2018 Oris is announcing the new Oris Divers Sixty-Five Bronze. This new chapter in the Divers Sixty-Five book will include more vintage styling. By using bronze for the bezel and rose gold PVD plated indices on the dial they have achieved a classical gilt aesthetic. In addition, Oris is adjusting the size of the Divers Sixty-Five to 40mm and 36mm. While previously Oris had a offered a 40mm version, it was styled very differently. Now both versions have similar dials with the difference being the date at 3 or 6 o’clock. 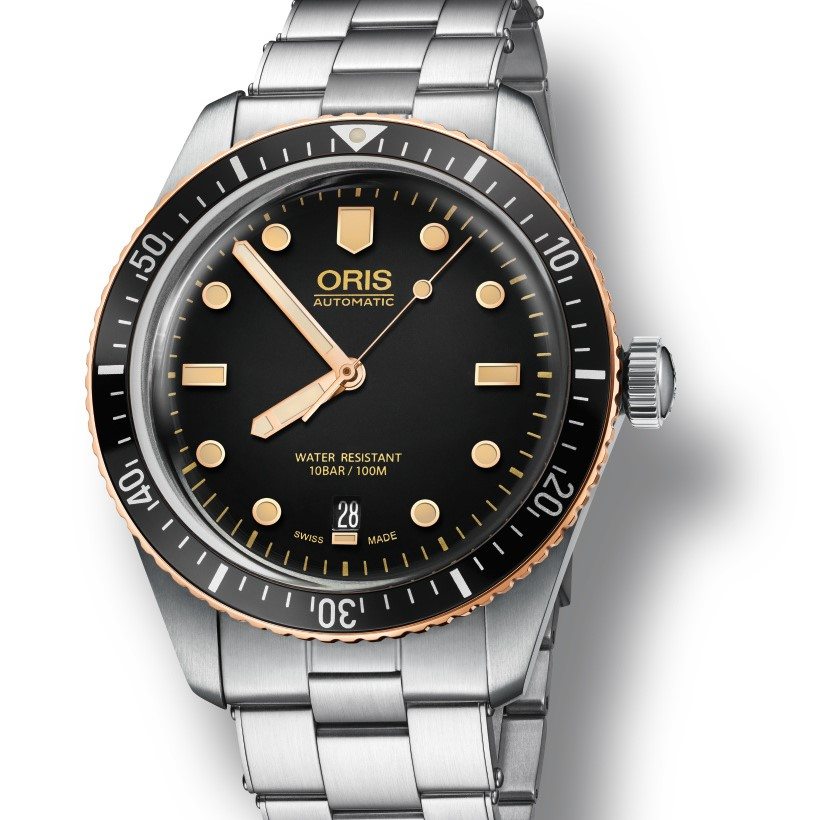 My fear with the Oris Divers Sixty-Five Bronze is that it shows the beginning of Oris’ desire to create variation after variation of this model. While I am a fan of the Divers Sixty-Five, I also recognize its potential to become to Oris as the Black Bay has become to Tudor. It is worth pointing out, however, that I am happy they have adopted the round indices onto both case sizes. I have always preferred the dial on the (previously) 42mm Divers Sixty-Five, so this is a welcome addition/change in that regard. 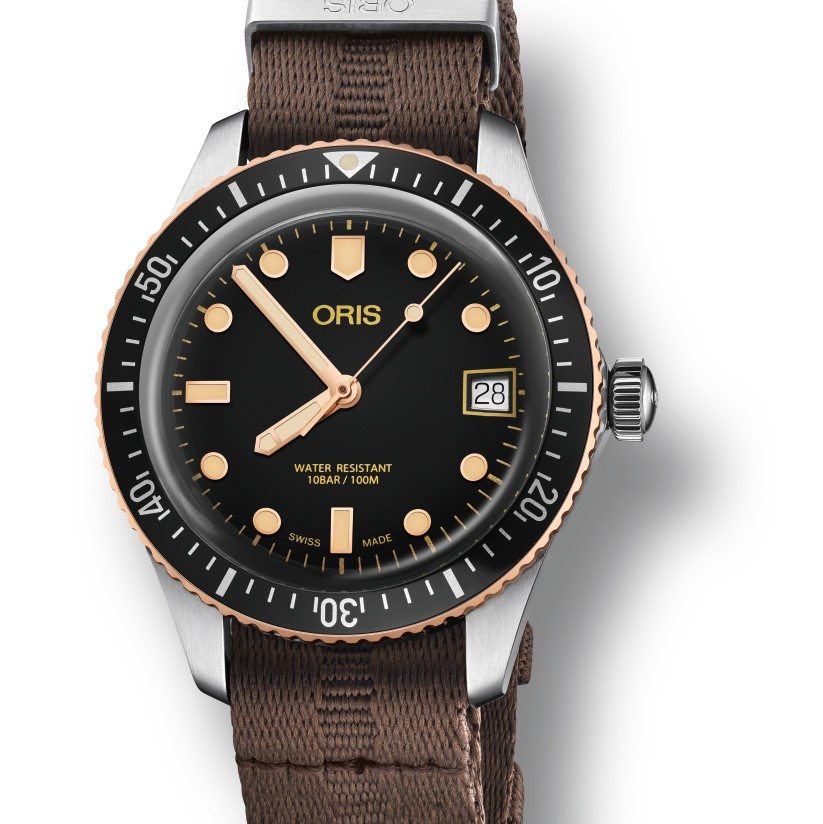 I also find it interesting that Oris has re-incorporated a bronze element into the Divers Sixty-Five lineup after the Carl Brashear Limited Edition. Not to mention the recent announcement and release of the Carl Brashear Chronograph. I will be curious to see if the bronze accents on the bezel will be as widely received as the full bronze case of its predecessors. I’m inclined to think not.

While in a way I am glad to see that Oris wants to keep the Divers Sixty-Five line vitalized and fresh. I do hope that the creation of new variations on the current theme isn’t signaling the end of new innovation within this family of watches. I do think that the new size and dial combinations will appeal to some enthusiasts. But I fear the over-emphasis on vintage with the faux patina-ed lume and classical styles can be a crutch at times. Both versions will be priced at 1,950 CHF on a strap or 2,150 CHF on the steel bracelet. oris.ch