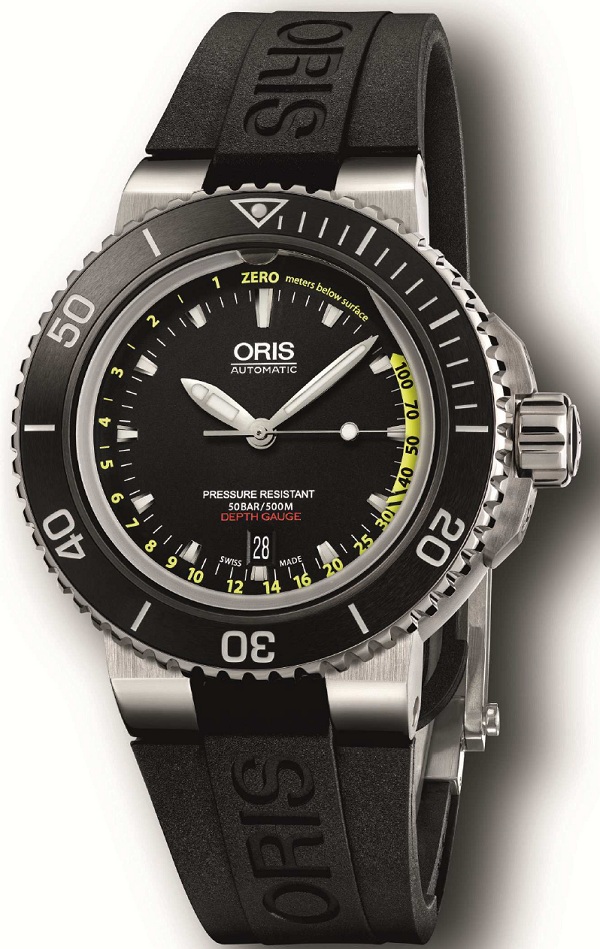 Capillary-style depth gauges are nothing new or particularly advanced, but they are simple and effective. Oris has managed to design one into one of its dive watches. The result is a mechanical watch with a non-electronic depth gauge that does not cost an arm and a leg. IWC and Jager-LeCoultre already proved to us that they can make those – and that is fantastic – but they were a complication for complication’s sake because even if you choose to dive with a luxury watch, you probably aren’t going to want to rely on it as your depth gauge. When Panerai released theirs, they simply circumvented the entire issue by keeping prices high and sticking in an electronic depth gauge module. In fact, that was pretty smart of them.

This new diver is called the Oris Aquis Depth Gauge and is just that. Oris has a load of pretty good dive watches but there are a lot of them and many have seemingly small differences. On top of that, they exist in a few model families which exacerbates my confusion. ProDive, Aquis, etc… it is all the same good watch to me. 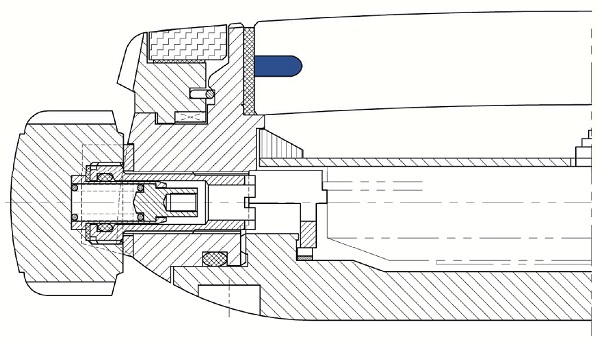 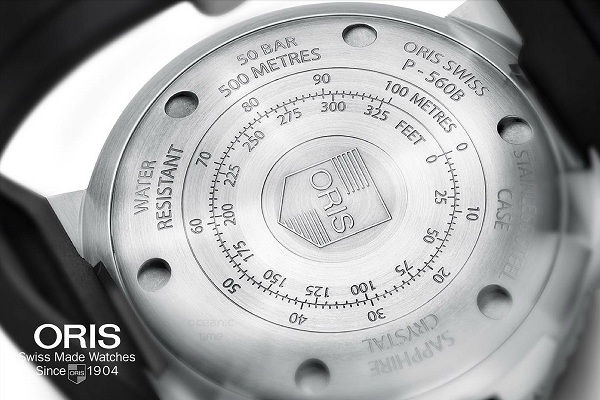 The depth gauge uses no hands and is a very simple system. The watch’s sapphire crystal is extra thick and has a groove going around its periphery leading to a hole at 12 o’clock. When inserted into the watch, this hole allows water into the groove which pushes against compressed air. The deeper you go, the harder the water pushes and this struggle of air and water can be seen on the gauge as a function of depth. The idea is a good interpretation of this concept into a watch and I applaud its inherent simplicity. I don’t however know how easy it will be to read while underwater with goggles or a mask. Probably not that hard actually (in clear water that is). Just saying that this is where a brightly colored hand would shine (literally).

The Aquis Depth Gauge watch is 46mm wide in steel and has a black ceramic insert in the rotating diver’s bezel. For the most part, the watch appears very much like other dive watches, even three-hand dive watches. It is my opinion that three-hand dive watches are the best as I prefer their legibility and straightforward features. The yellow depth gauge around the dial isn’t that obtrusive and you could wear this watch daily – even though without putting it under water, you’d sort of be cheating the watch out of its birthright – to SWIM! 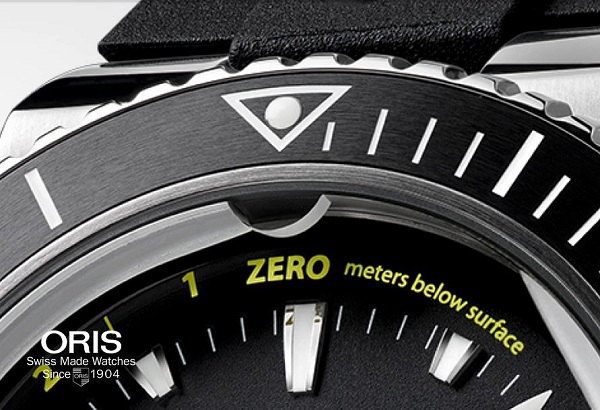 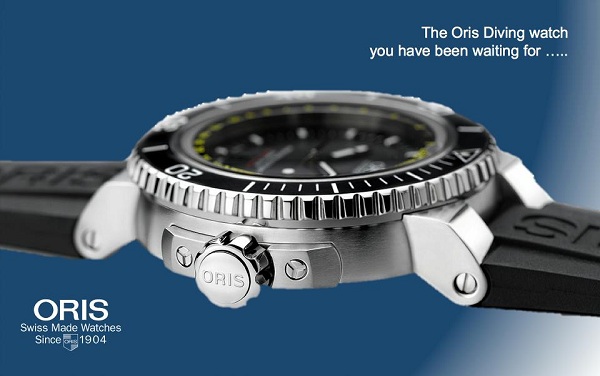 Inside the Oris Aquis Depth Gauge watch is a Swiss automatic movement (probably an ETA 2824), which Oris calls their caliber 733. The watch is water resistant to 500 meters even though the depth gauge only measures down to 100 meters. Not that the majority of people will be diving that deep anyways. A fun detail is that while the gauge measures only in meters, there is a conversion scale on the back of the watch. So I guess while underwater you can take it off and see how deep you are in feet. Nice of you to add that Oris for us Americans.

In addition to the rubber strap, the Aquis Depth Gauge also comes with a metal bracelet at no extra charge. That is a good extra to have, especially since Oris watches look great on their bracelets. Overall, a very cool piece from Oris that raises their dive watch street cred all the more. Still, the depth gauge feature is going to remain a niche need and most people will opt for other pieces in their dive watch collection. Price is 3,500 Swiss Francs. oris.ch 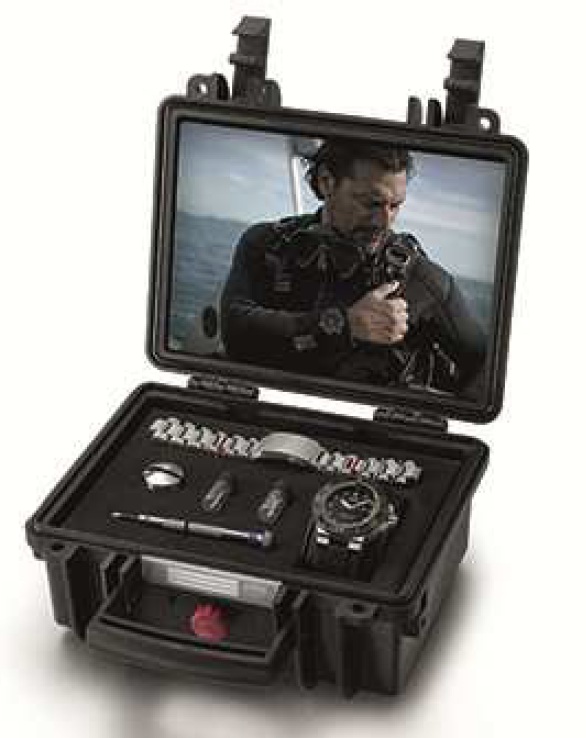