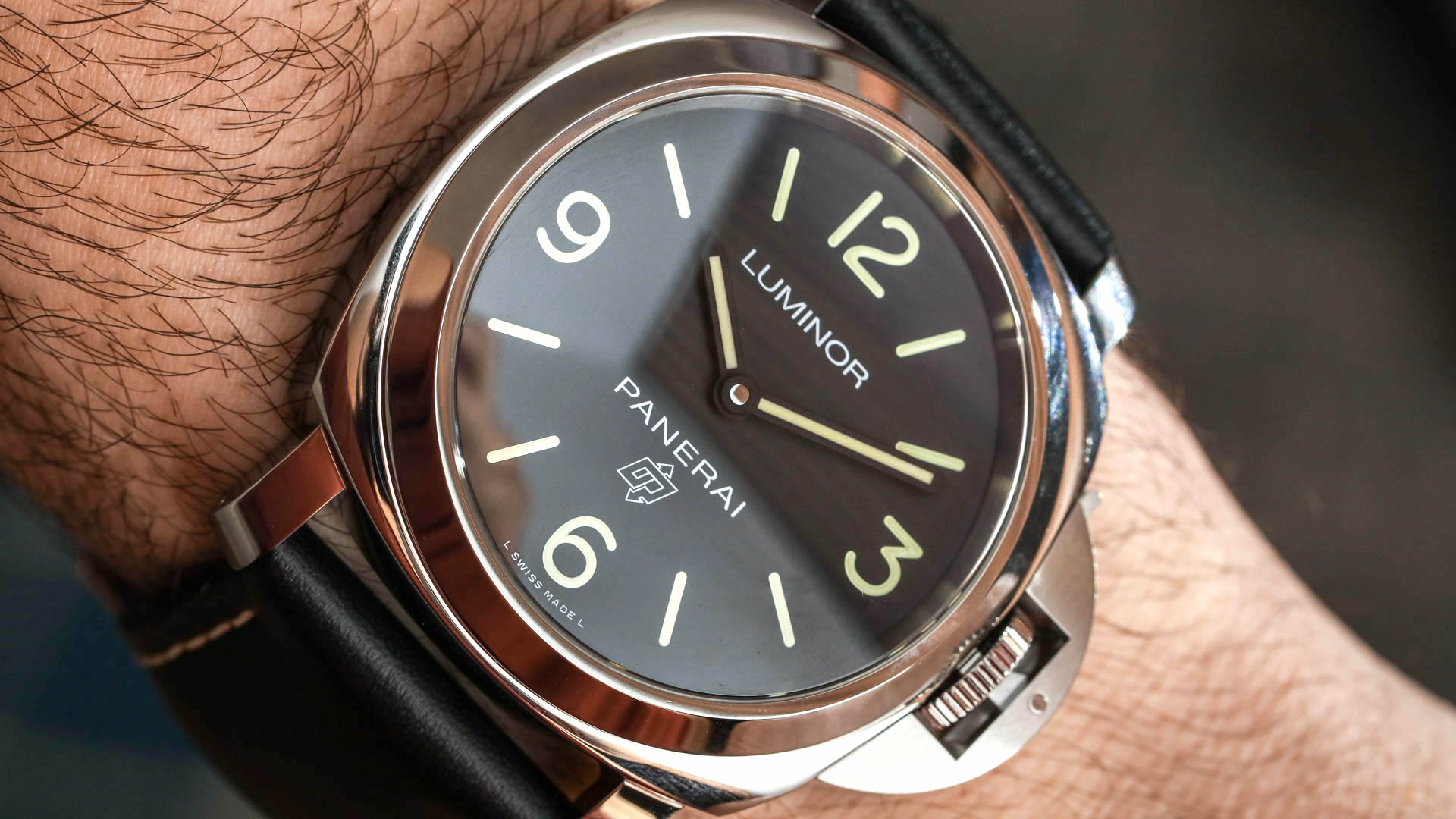 The slim Panerai Luminor Due got a lot of attention this year, largely due to the more wearable size, but it wasn’t alone in Panerai’s new entry-level offerings. The Panerai Luminor Base Logo 3 Days watch was updated in 2018 and effectively marked the brand’s use of ETA movements in any of their watches. You’ll note we covered the previous version of the Base Logo in our Cost of Entry series, which is the ETA-movement version. With a new in-house movement and a case as unabashedly Panerai as ever, now with a price that starts at $4,750, it is basically unchanged from when we covered the previous iteration in our Cost of Entry series. 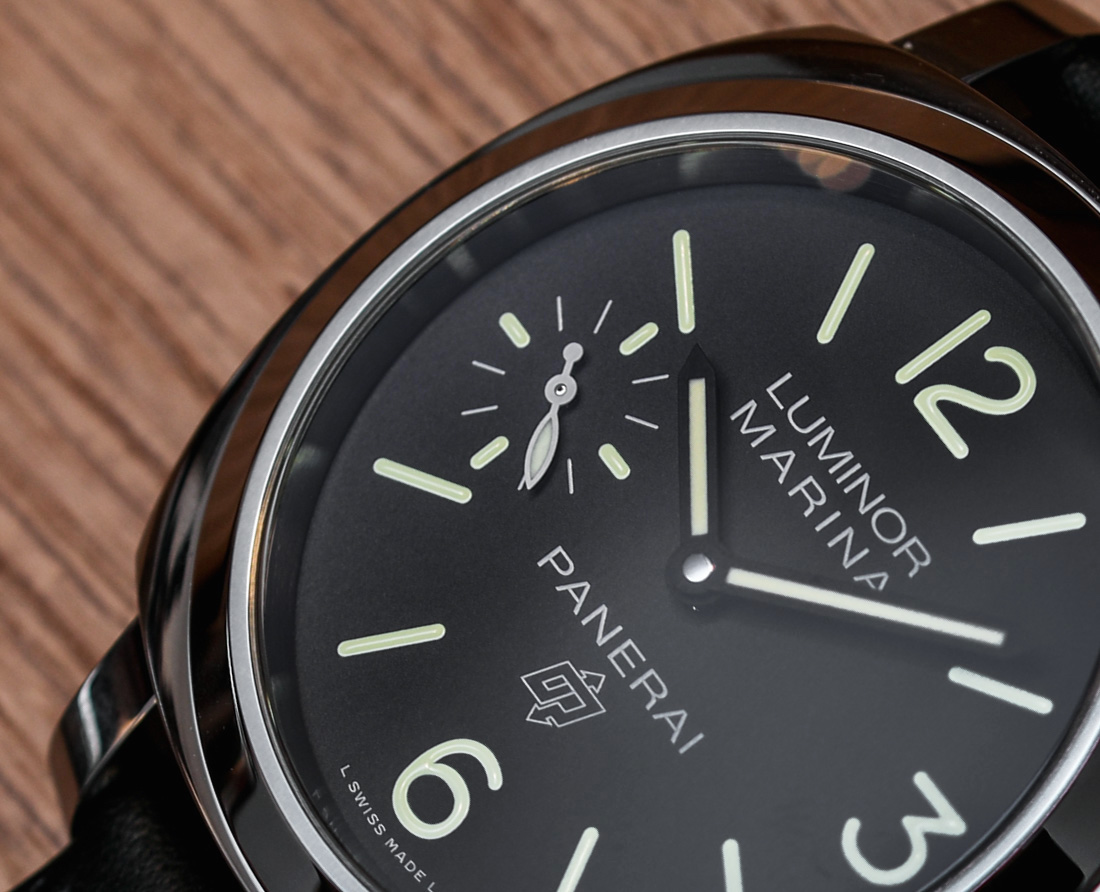 Released a little after the standard Base Logo, Panerai released an also-updated Luminor Marina Logo 3 days. As most of you know, the only difference is the addition of a seconds subdial at 9 o’clock, which comes at just a few hundred dollar premium. I would definitely prefer the Marina and I’m surely not alone in that sentiment. 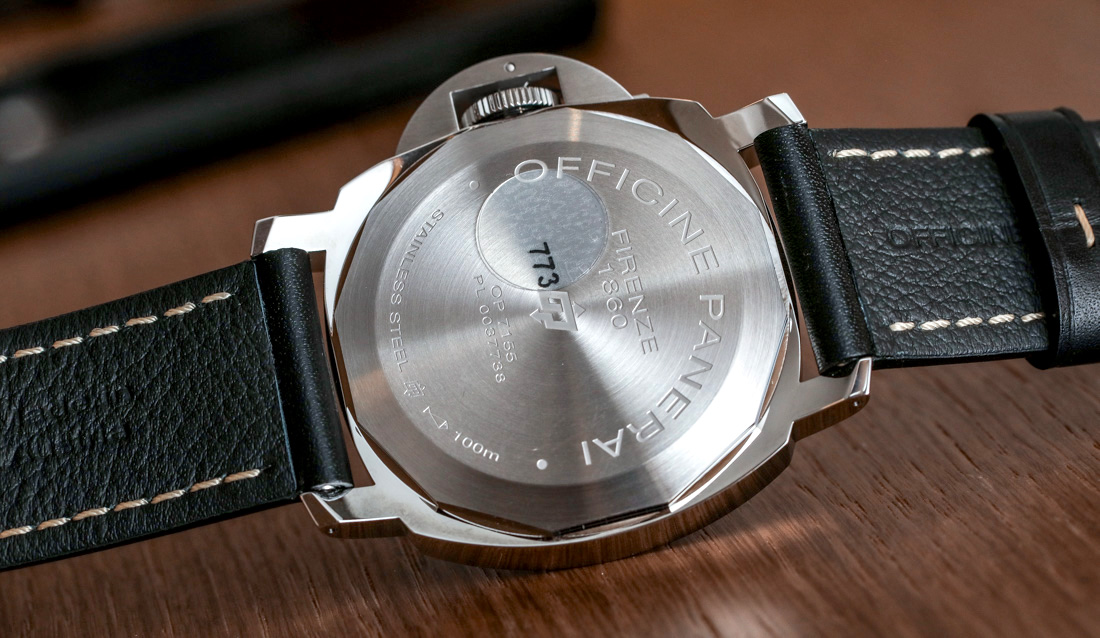 The previous movement used in the Luminor Base Logo was the OP I, a modified version of the ETA 6497 manual wind movement. This movement was actually designed to be a pocket watch movement (good for a 44mm wide watch) with a 56-hour power reserve. The new P.6000 movement (which is 4.5mm thick) is also a manual wind that operates at 21,600 vph and has a power reserve of 3 days, obviously. 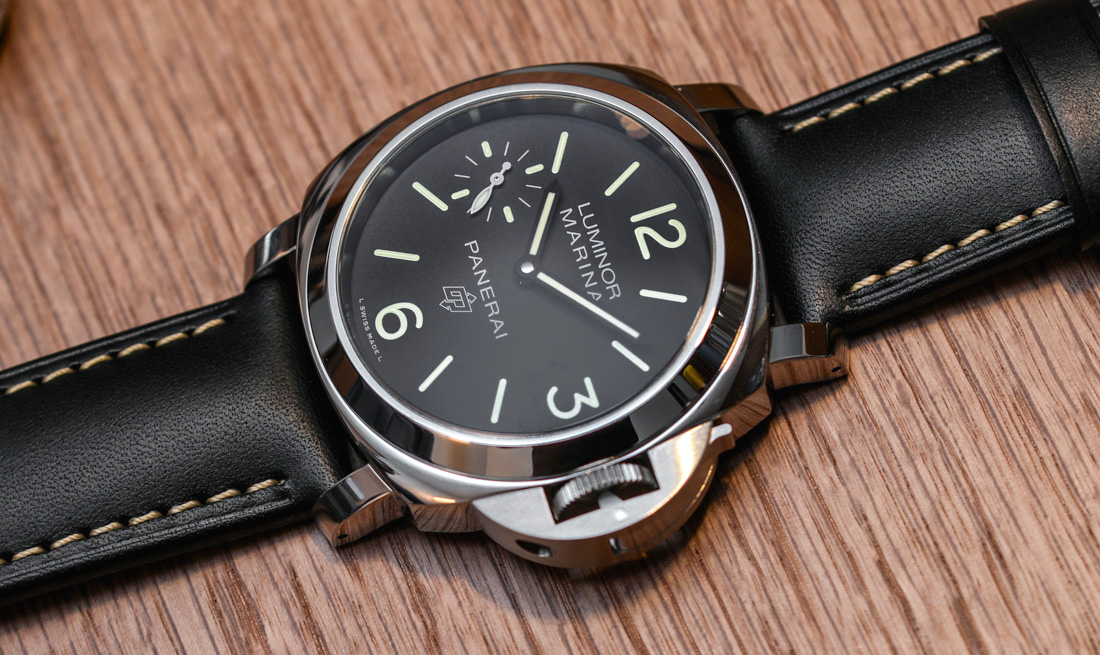 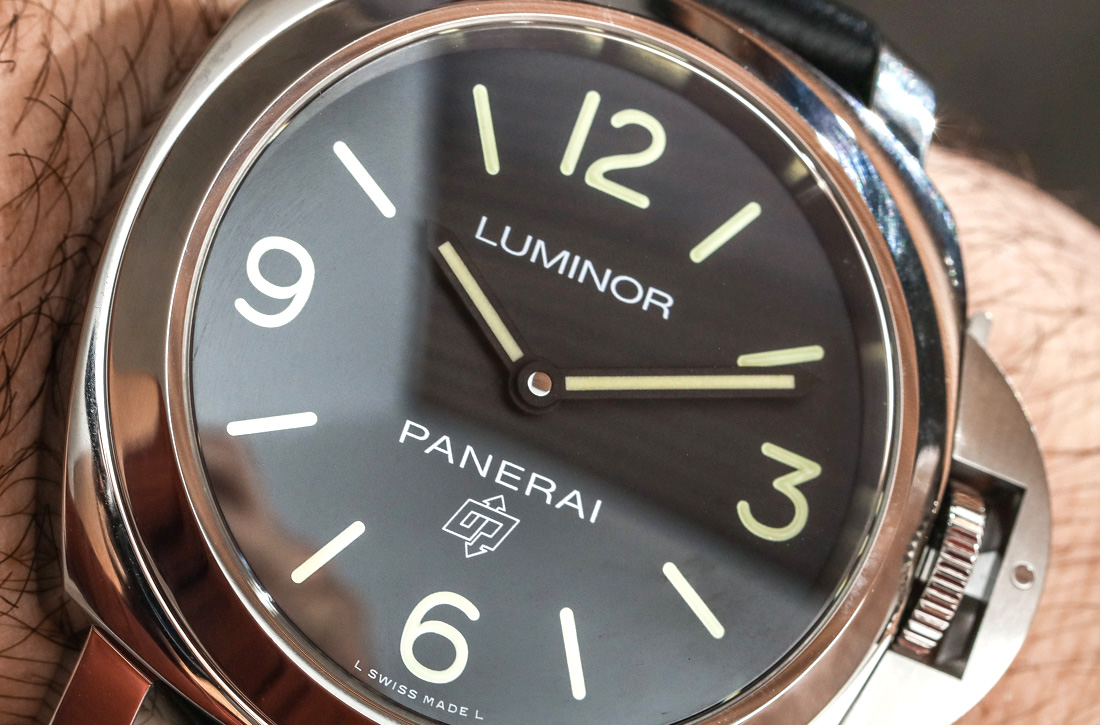 The P.6000 movement has a hacking seconds feature, which is a moot point with the new Panerai Luminor Base Logo 3 Days but is available in the also-updated Luminor Marina Base Logo. Maybe we will see some more models in a few months at SIHH. At this super competitive ~$5,000 price point, I imagine it was smart for Panerai to also update the Luminor Marina with the seconds hand because, as silly as it is, a lot of people associate the lack of a seconds hand with cheaper quartz watches.

It’s a cynical point, but a lot of people have mentioned that this move to an in-house movement is done in part to increase numbers going into Panerai for service, which would add a lot more to average long-term cost. 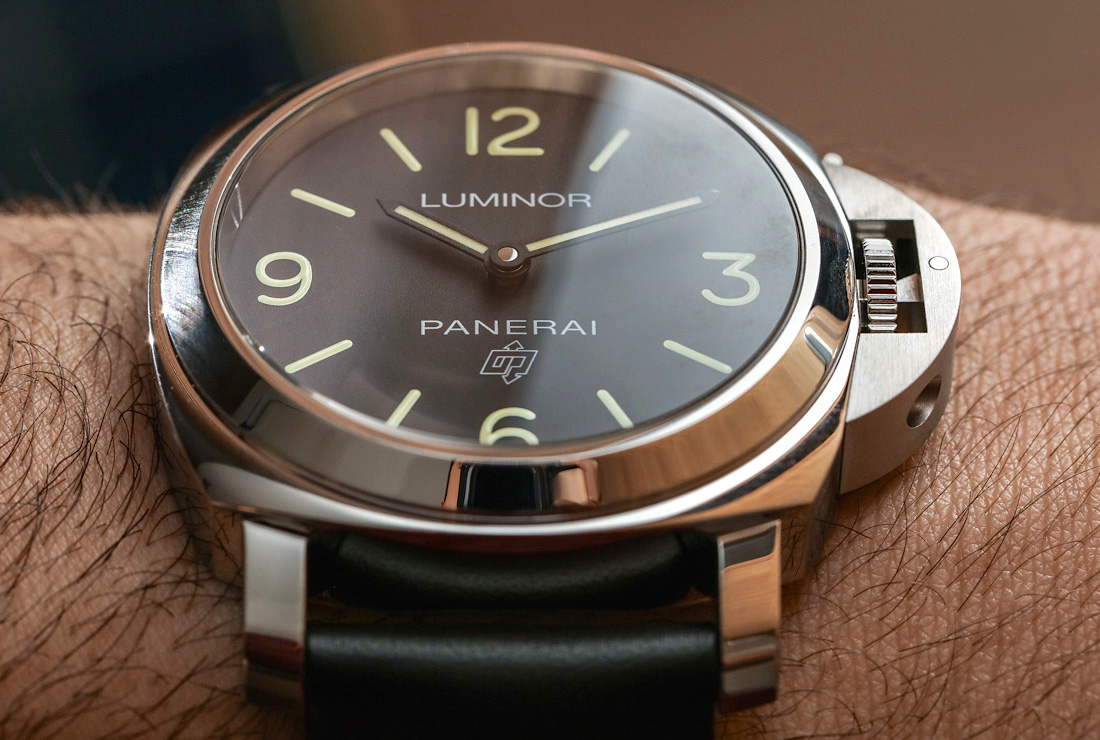 Panerai chose to keep an enclosed rather than exhibition case back for the new Base Logo, which is a little disappointing considering the updated movement. I understand the decision to keep the keep the costs down, obviously. Again, I wouldn’t be shocked if we see an updated version that costs a little bit more but has things like an exhibition case back and a sandwich dial.

On that last note, you’ll notice that the Base Logo has that very flat looking “sausage” dial that is painted on. The pricier “Sandwich” dial models have two dial plates with a solid-bottom dial with lume and an upper dial with cutouts for the hour markers. Painted on the dial at 6 o’clock you see the namesake design touch from Panerai on this watch, the “OP” logo which stands for Officine Panerai. Paneristis can probably weigh in on this better than I can, but I believe the OP logo used to be harder to find and a collectible trait that later became much more common after the early days of the resurrected Panerai. 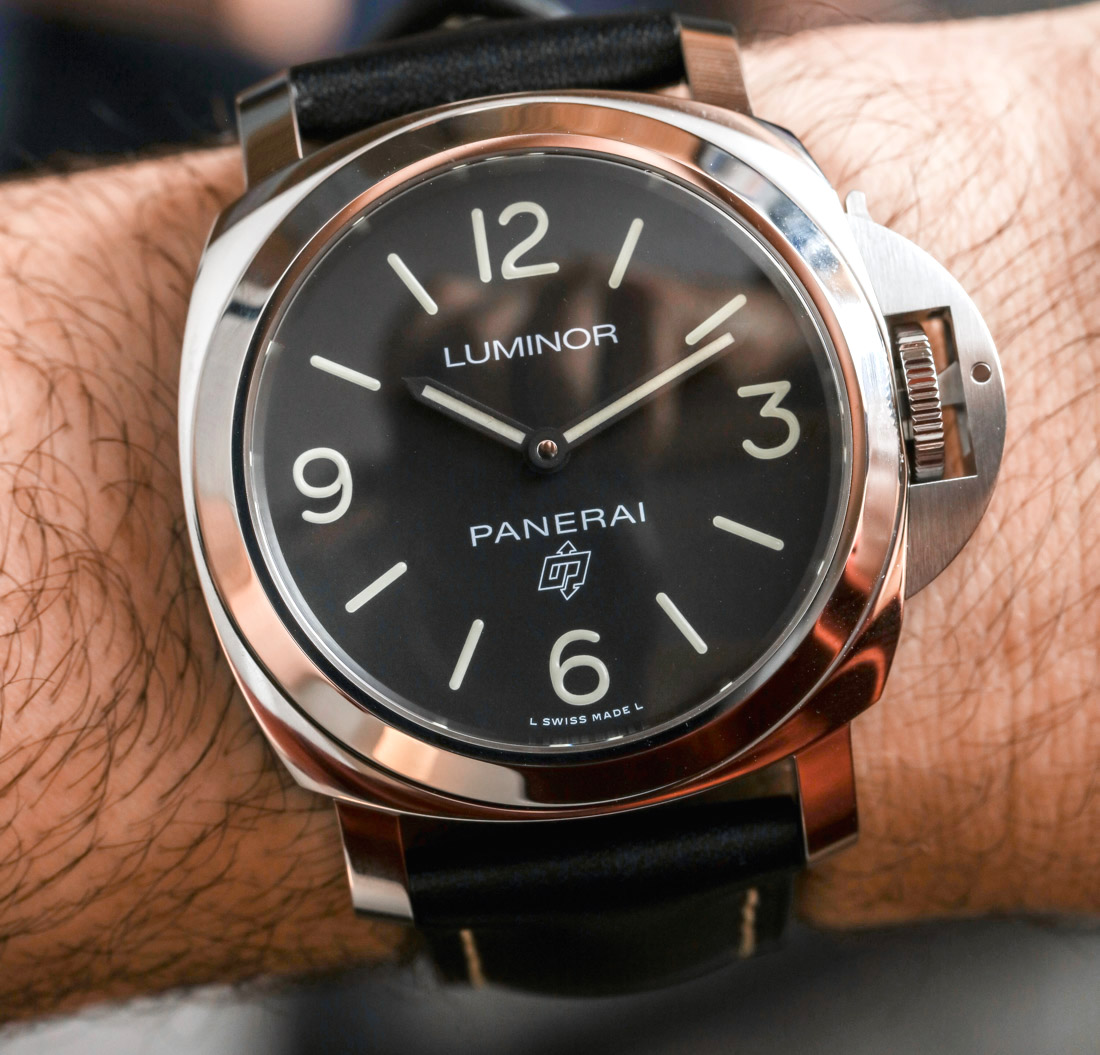 The 44mm wide is still pretty large considering contemporary tastes are trending downwards. Of course, for those seeking a smaller case, there is the Luminor Due. This Base Logo is the classic love it or hate it Panerai. Big, chunky, and flanked on the right side with that immediately recognizable crown guard. 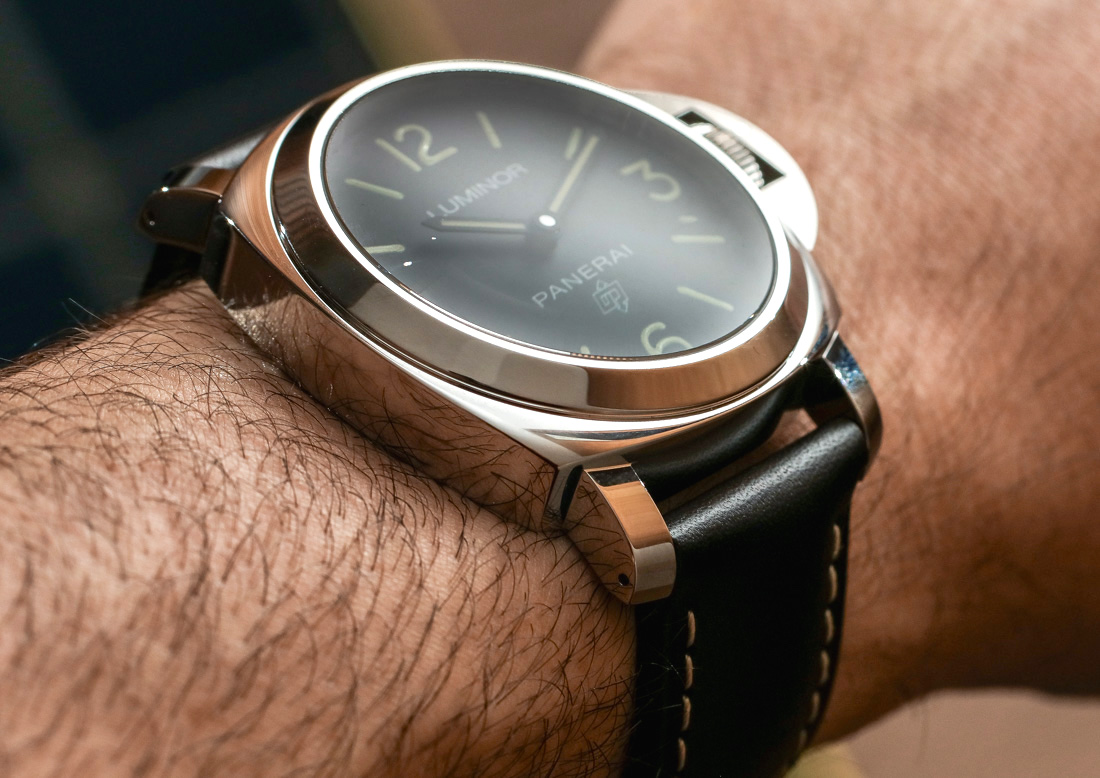 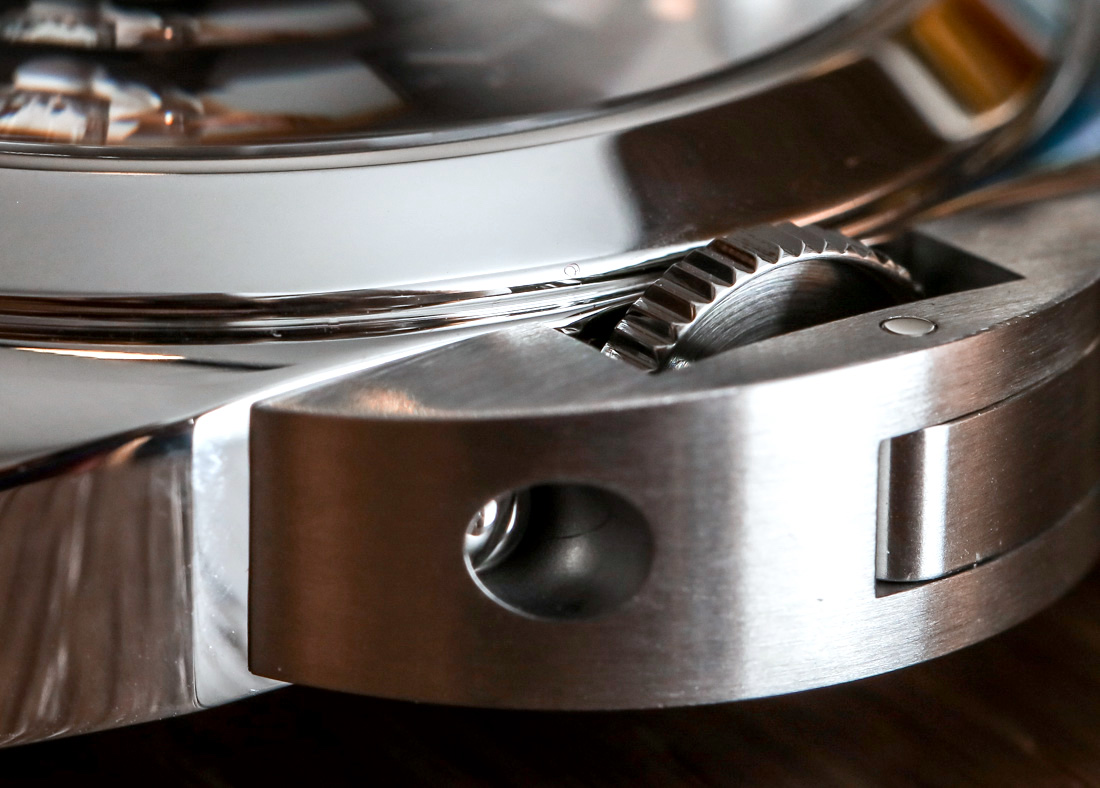 One change from the previous version of the Base Logo that a lot of people have understandable gripes with is the downgrading in water resistance. While the outgoing model had a water resistance of 300m, the new models have a water resistance of 100m. Obviously, for most people’s use 100m will suffice, but with such a utilitarian attitude not to mention that crown guard, one gets the impression that something like water resistance wouldn’t be negatively impacted. 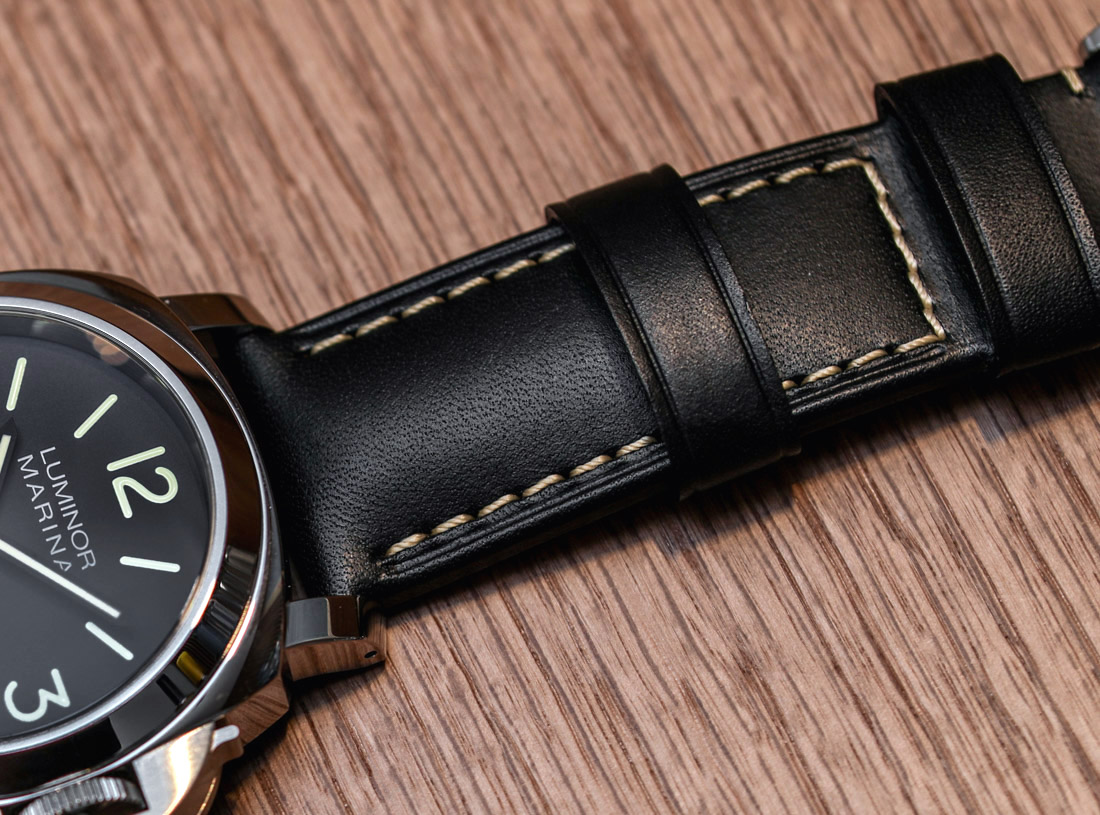 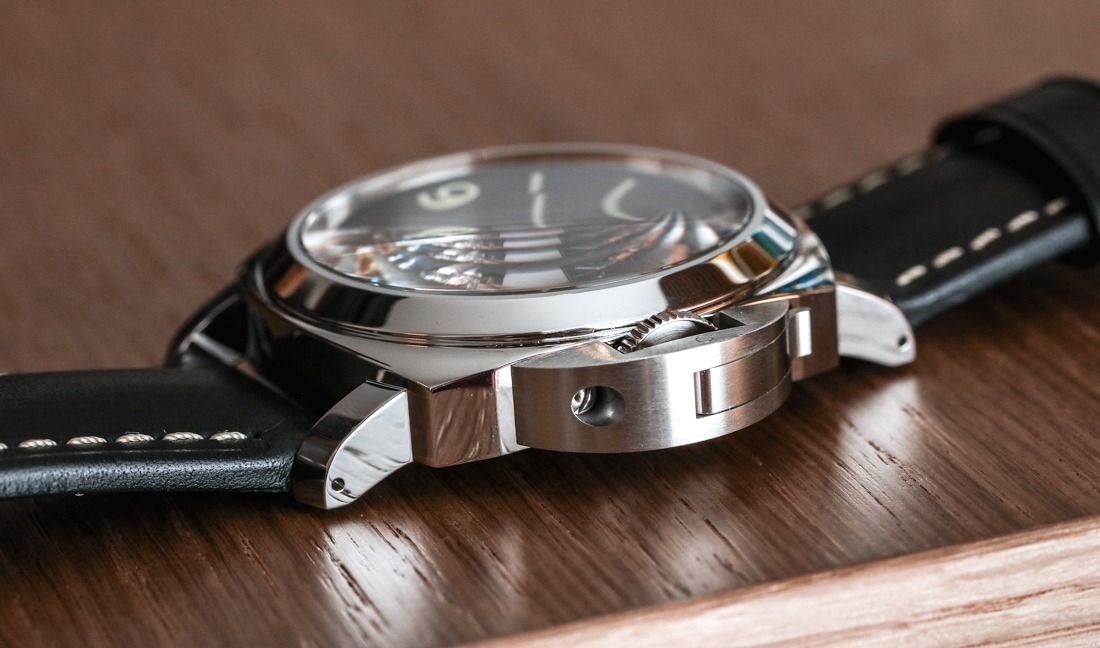