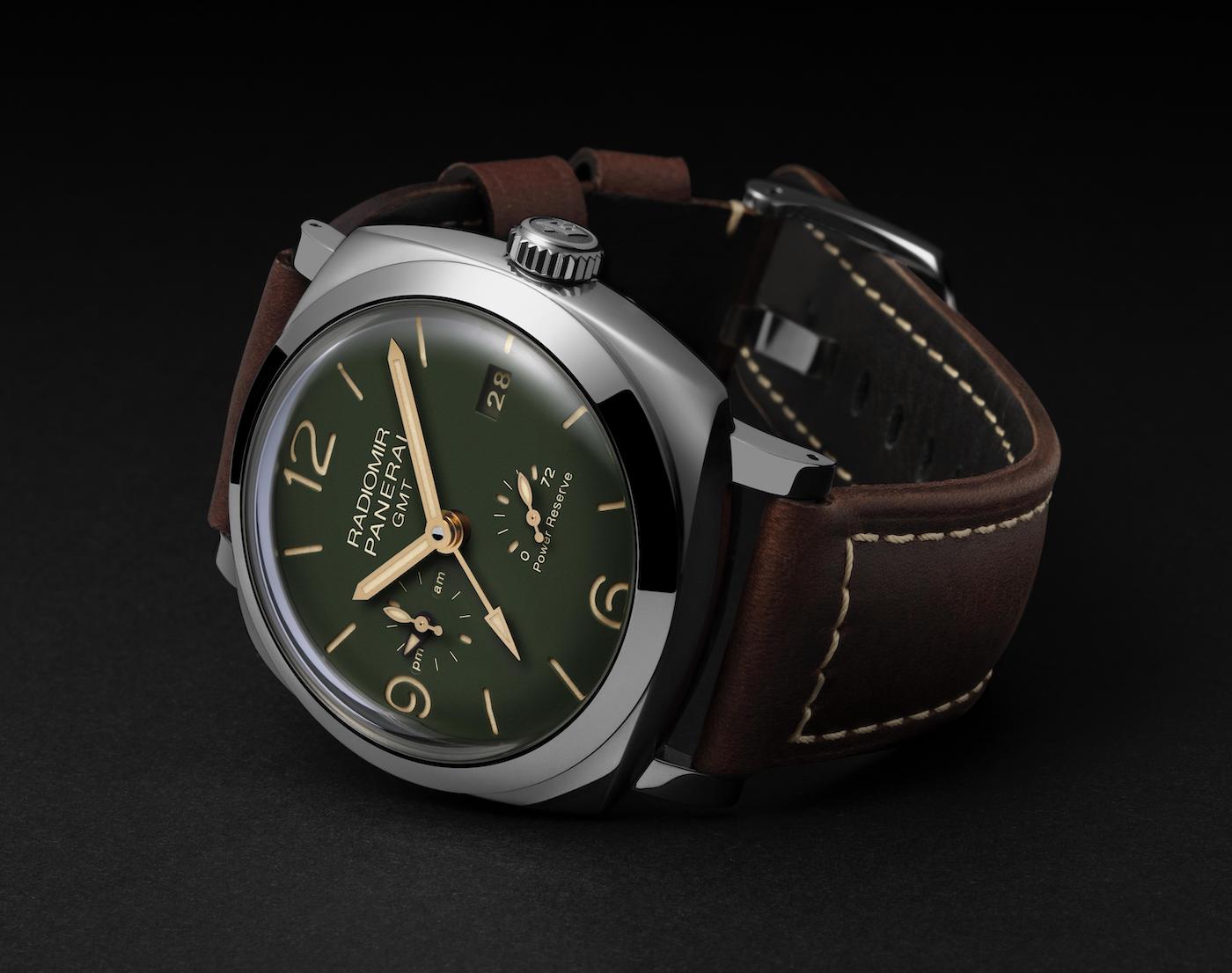 To hammer home the popularity of Panerai among military personnel, the Italian brand has released four new references — PAM995, PAM997, PAM998, and PAM999 — each sporting a dark green dial. These new watches are part of the Panerai Radiomir watch collection and will be available exclusively in brand boutiques. 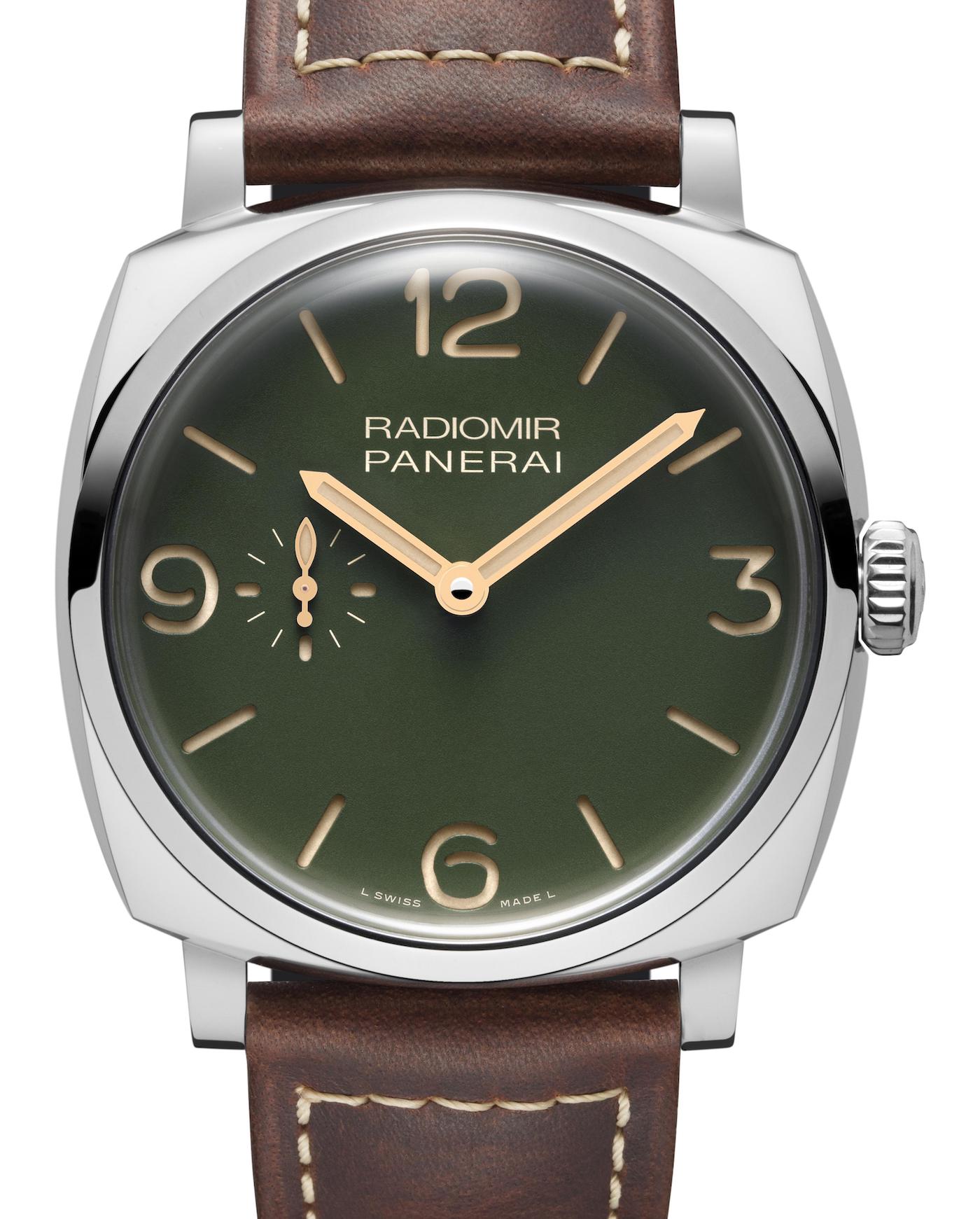 The classic Radiomir case, with its memorable cushion shape and integrated lugs, is a modern evolution of the 19402 model that brought widespread attention to the brand. During that decade, Panerai became the sole official supplier of wristwatches to the Royal Italian Navy and developed their timepieces to meet the stringent controls put in place by the service branch. The Radiomir became a firm favorite of commandos, and, as with many military tools and styles, eventually became part of civilian consciousness and popular as a fashion statement in its own right. 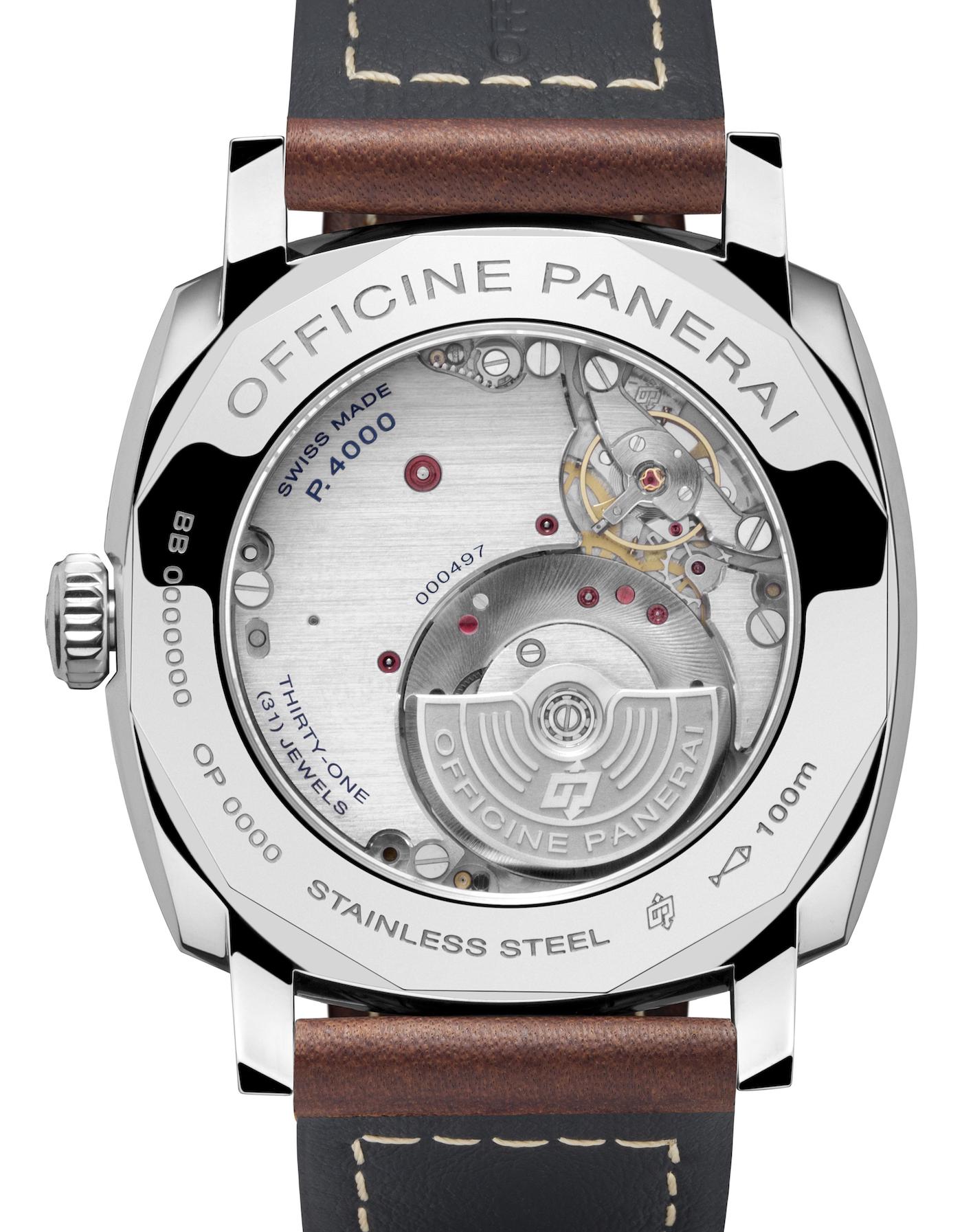 These new models boast hefty, modern diameters. Three of the four pieces and made from AISI 316L stainless steel and measure 45mm in diameter. The fourth comes in at a whopping 48mm of sandblasted ceramic, for a darker, more brooding look. All four cases are topped with sapphire crystal, through which the luminous beige numerals can be seen clearly against a deep green background.

Interestingly, each of the new models is fitted with a different caliber. This adds some pleasing variation and interest to a release that is otherwise aesthetically led. All of the movements used originated in the Panerai Manufacture in Neuchâtel. 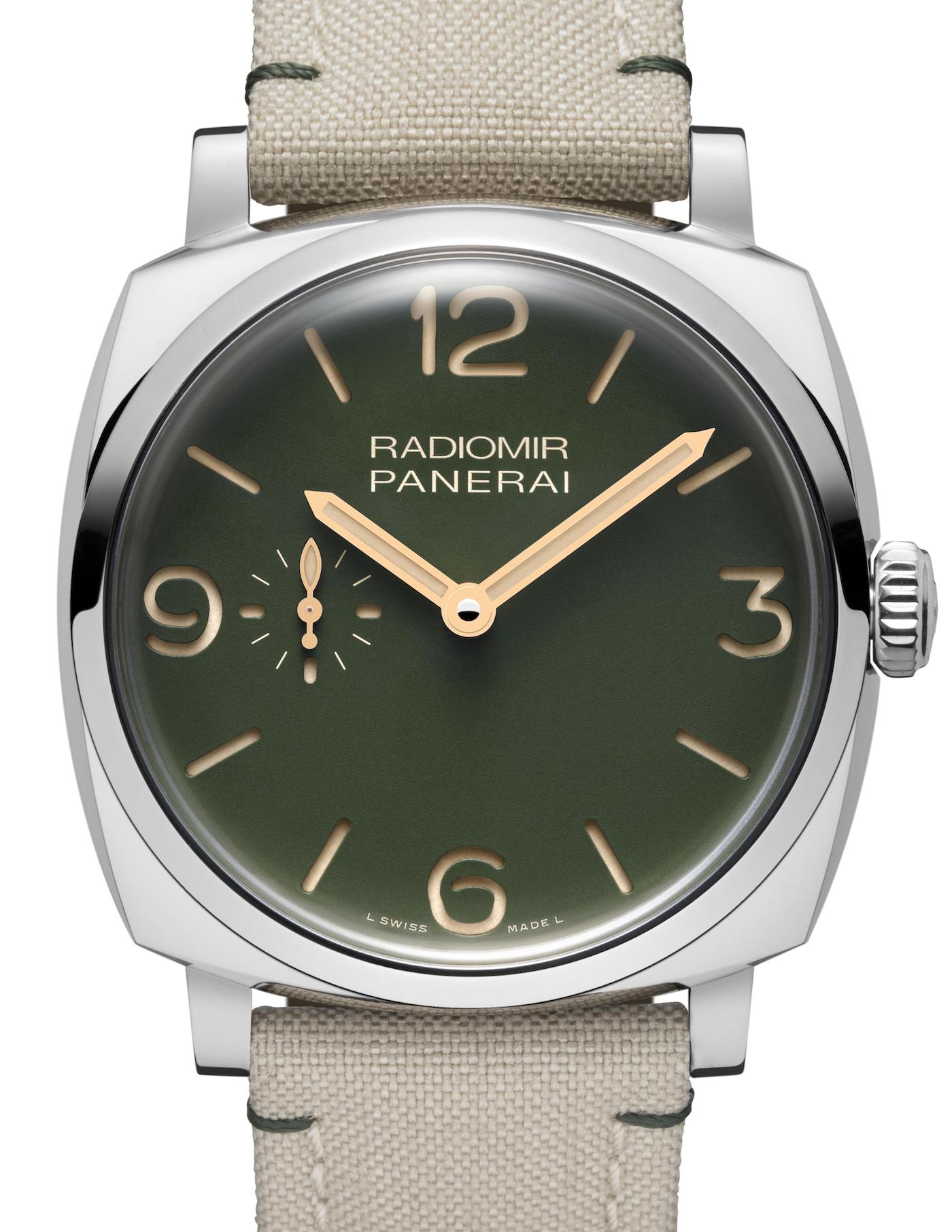 The Panerai Radiomir 45 mm (reference PAM00995) is powered by the P.4000 caliber, which is Panerai’s thinnest self-winding movement. A basic three-hander, the P.4000 has the hour and the minute hand centrally mounted, with a small seconds hand located at 9 o’clock. 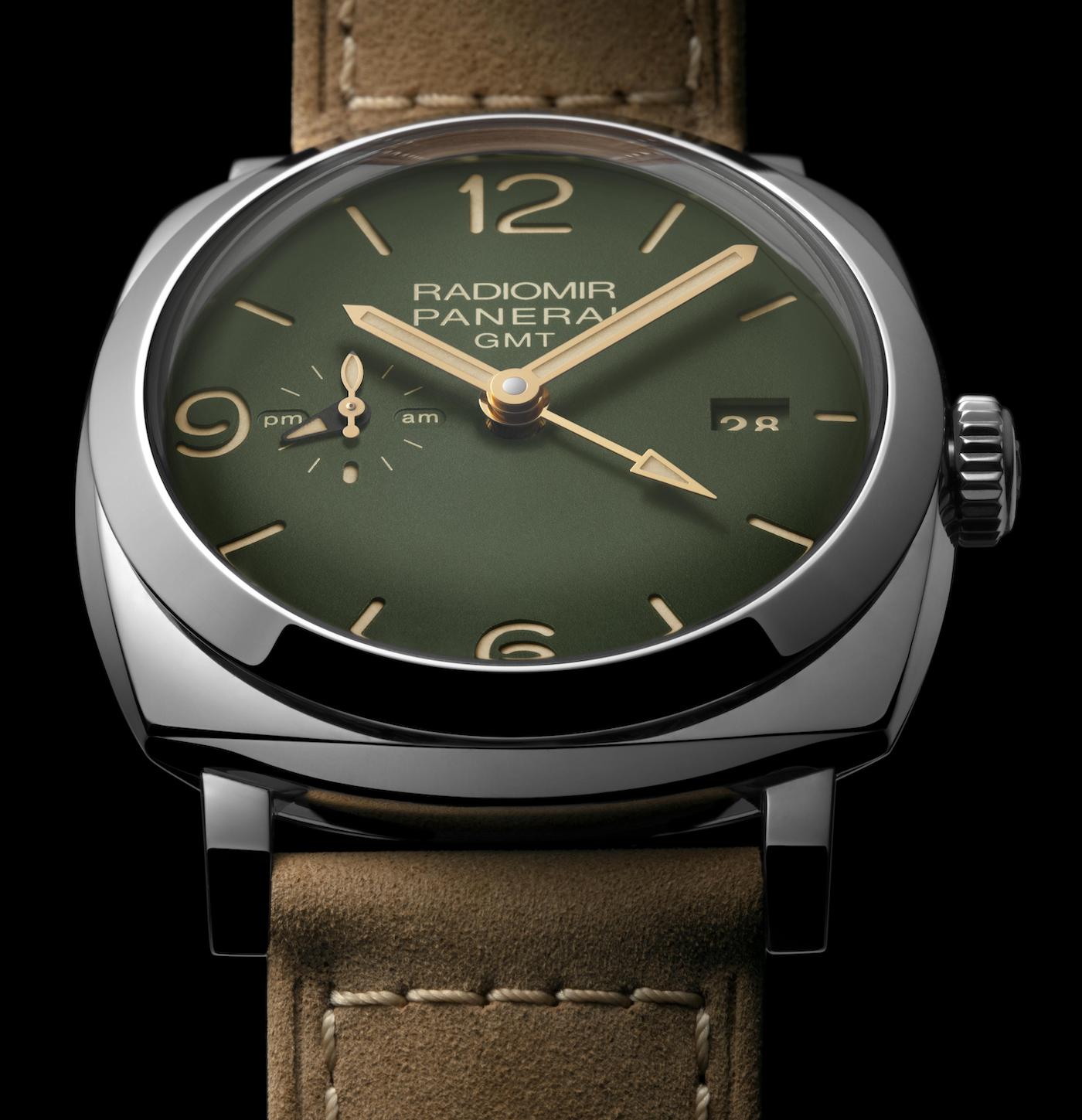 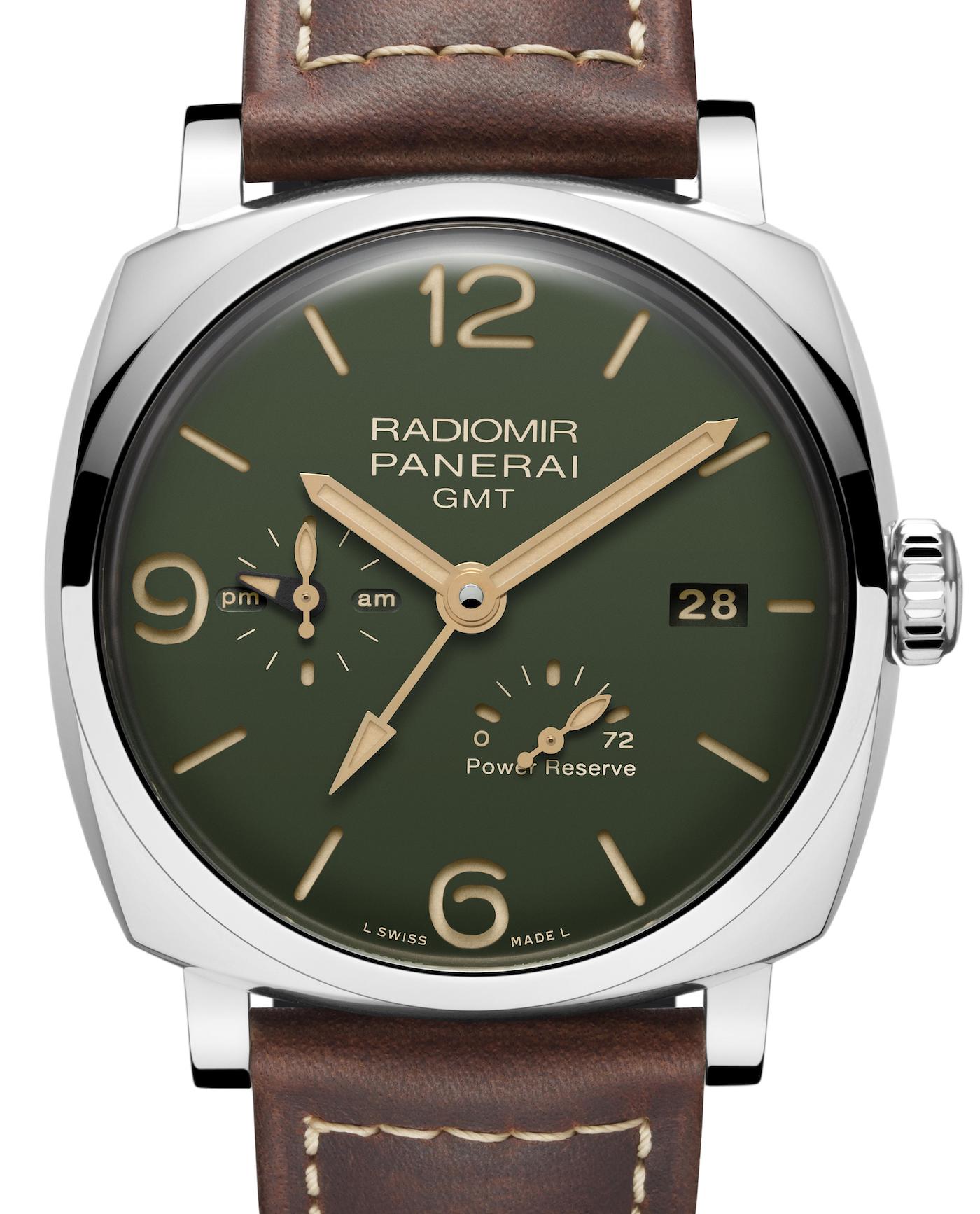 All three of these automatic movements have an eccentric bi-directional winding weight, crafted from a tungsten alloy. The power reserve of these pieces extends to a very robust three days. 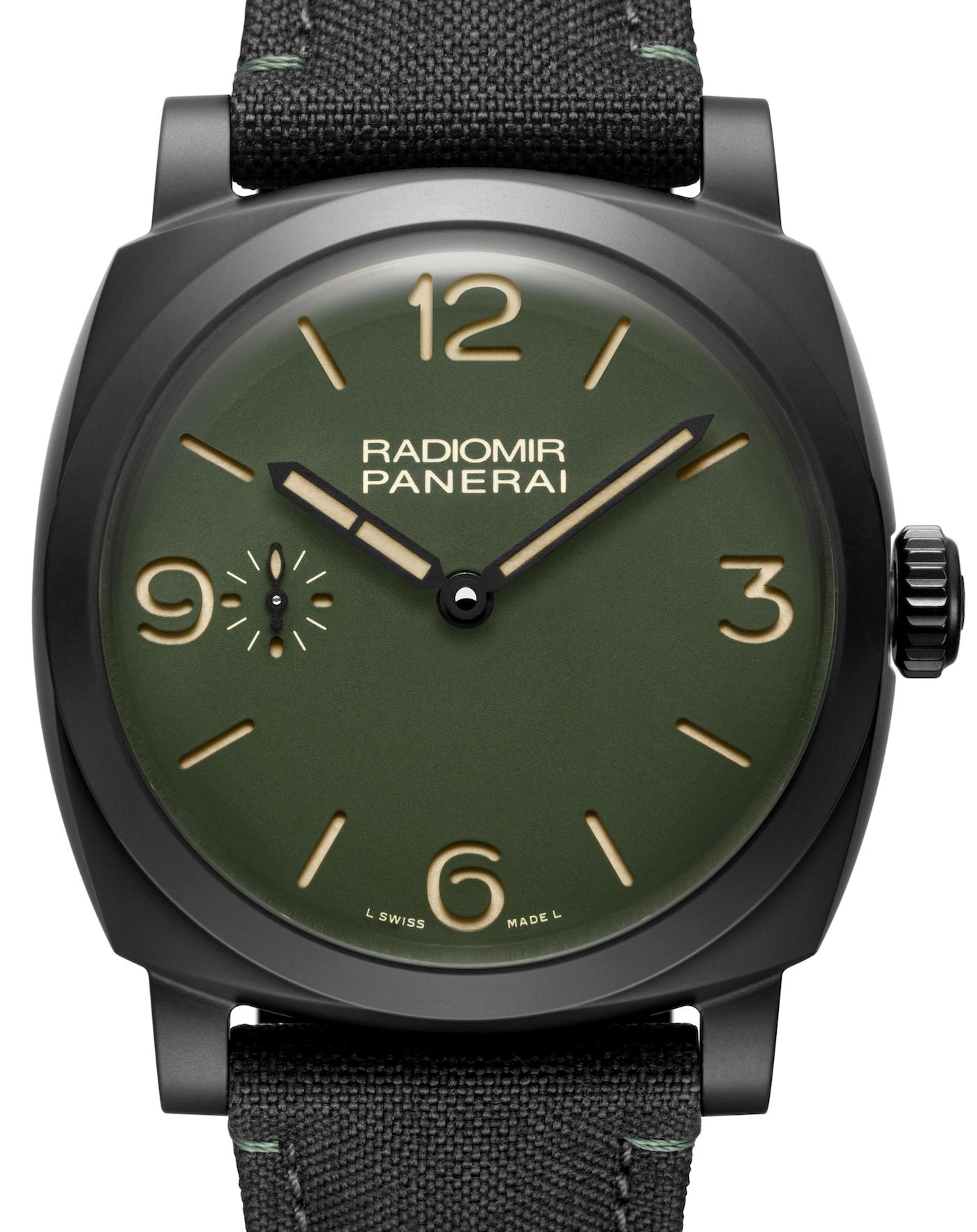 Inside the larger, ceramic Panerai Radiomir 48mm is the P.3000, the only manual movement among this release. It is a simple caliber, indicating nothing more than the hours, minutes, and seconds. It is, however, perhaps the cleanest, most faithful, and uncluttered expression of the range’s core concept. It, like its three smaller brethren, is water-resistant to 100 meters and presented in a box made from satin-finished green cherry wood. These new Panerai watches are delivered with a spare strap (beige for the steel models, black for the ceramic model). The pricing for these four models will be $11,200 for the PAM995, $12,000 for the PAM008, $12,200 for the PAM999, and $13,300 for the PAM997. To learn more about the brand and its heritage, head over to panerai.com.