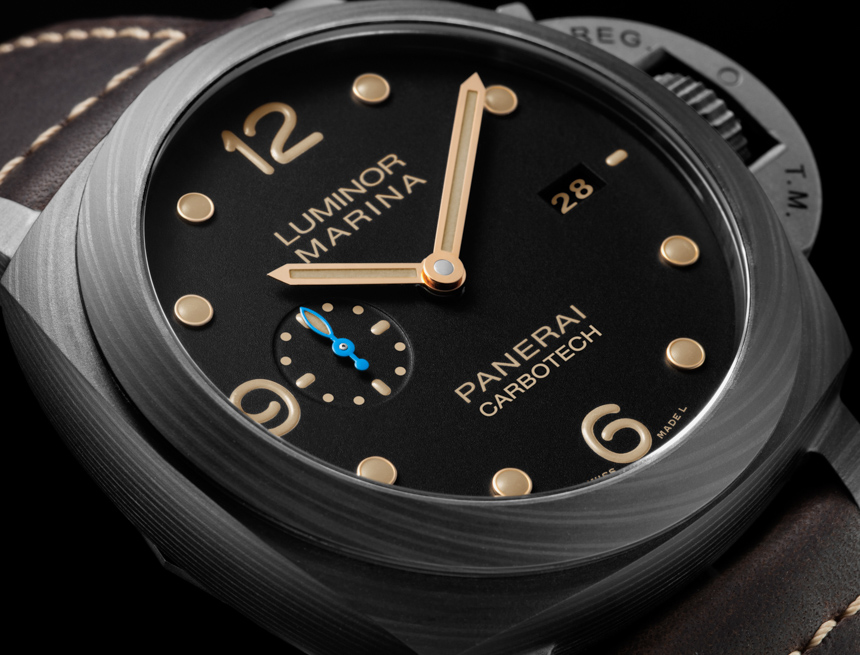 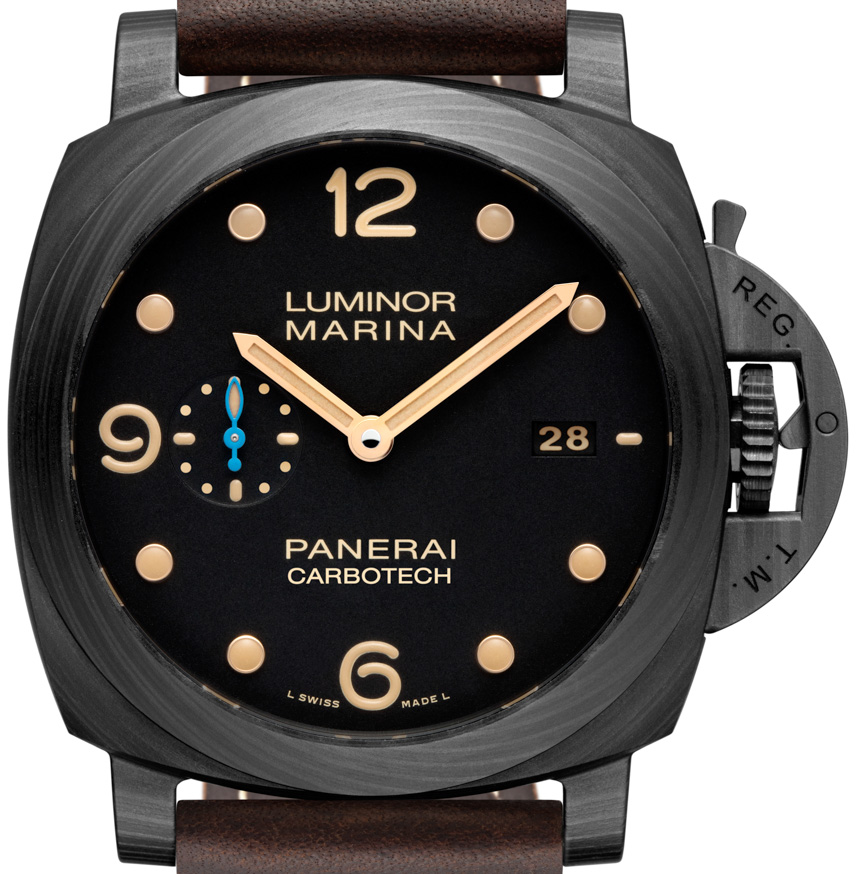 Among Panerai‘s sudden heap of new models today, the Panerai Luminor Marina 1950 Carbotech 3 Days Automatic PAM661 stands out for its carbon case. One good thing about Panerai and their naming conventions is that you can at least get a broad sense of a watch from its model name, especially if you are already familiar with the brand. Of course, Panerai fans know that the myriad PAM references often differ very subtly with an option here and an option there. This new release is immediately and obviously distinguished from the rest, though, by its black carbon case with a wooden grain-like pattern – oh, and there’s an updated movement and some interesting details to note as well. 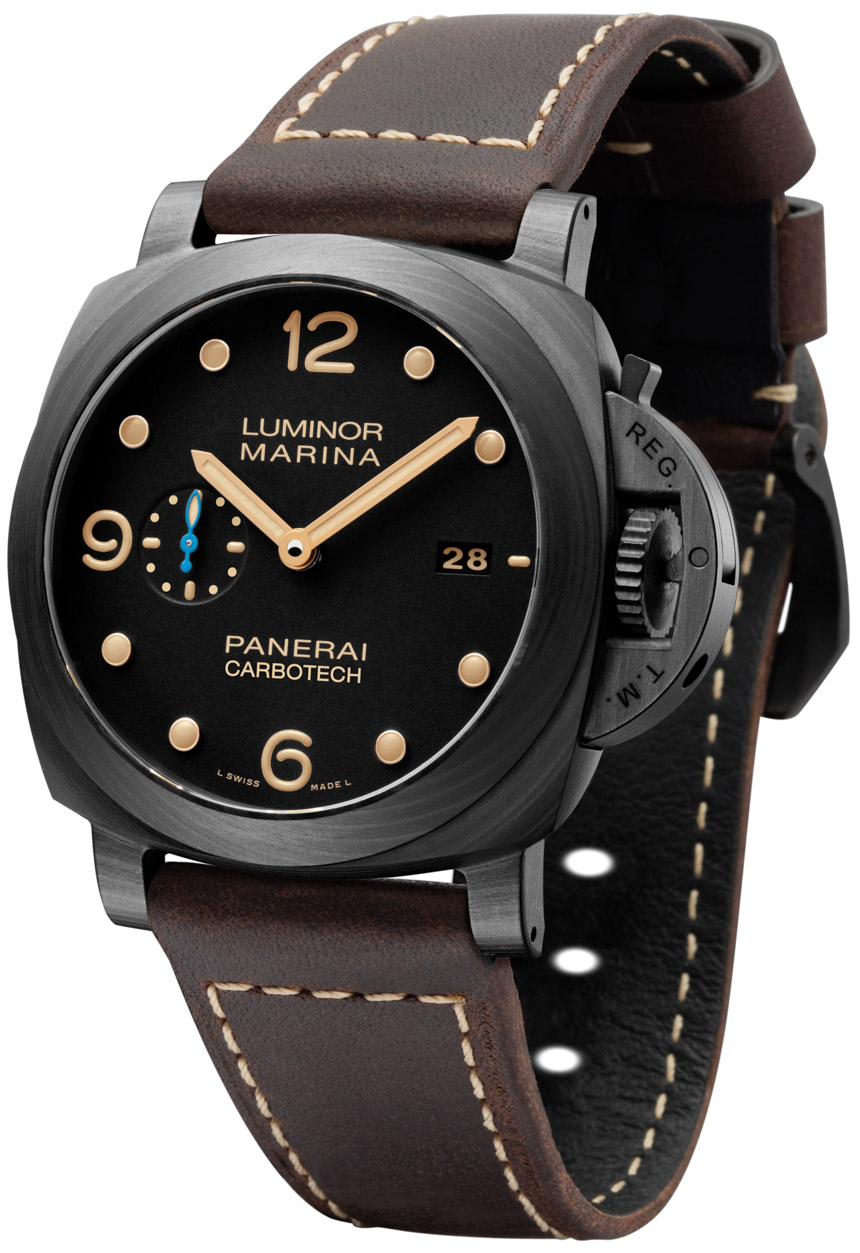 Panerai released their first Carbotech-cased watch last year in 2015, the Panerai Luminor Submersible 1950 Carbotech 3 Days Automatic PAM616 (hands-on here). Now, the Submersible was a sensible choice to debut this rather novel looking material – although we never had a doubt that pieces from other collections made of this high-tech composite will be released soon.

While the aesthetic differences between the Luminor Marina and the Submersible are rather obvious (different case shape and size, lack of rotating bezel on the Marina), this new model actually shares more in common with the Submersible than just the carbon case. For starters, there’s the faux-aged lume and the round hour markers that are typically found mostly on Submersible models. Also carried over is the bright blue, but here it is only on the small-seconds hand at 9 o’clock, complementing the modern vibe established by the avant-garde use of carbon for the case. 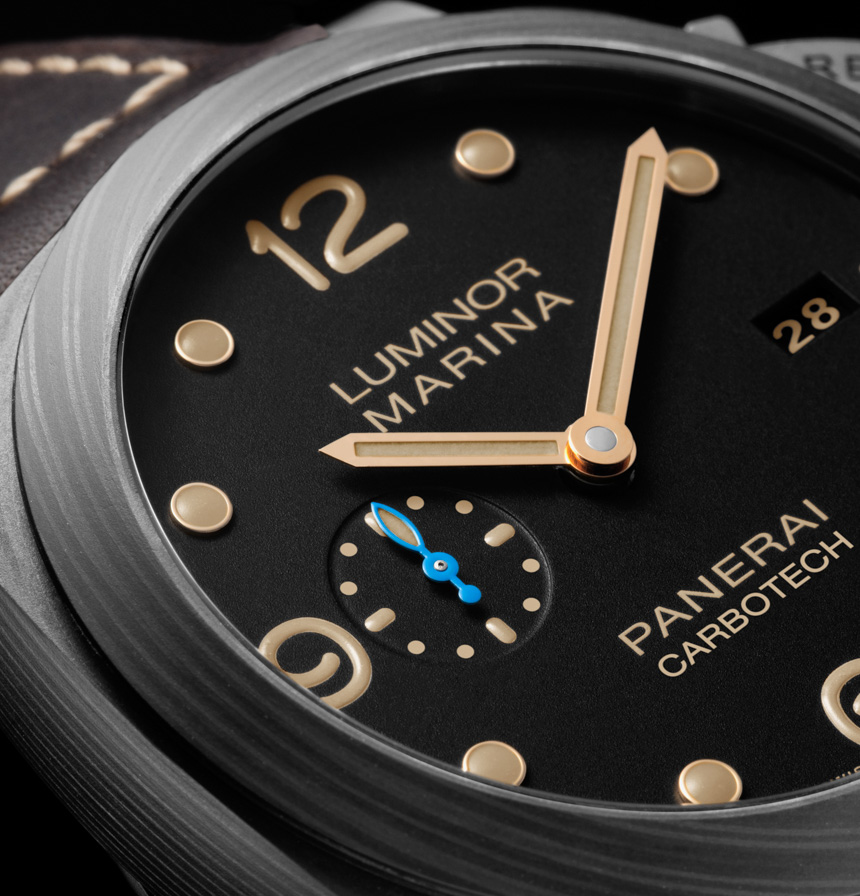 Made of 200 parts, the movement was developed and produced entirely in the Panerai Manufacture in Neuchâtel, Switzerland; and Panerai seems to be rather adamant that it is a new movement. New it is, in the sense that this particular movement made its debut today, but not at all new when you consider that it is heavily based on the P.9000. The update is not a negligible one, however, since the P.9010 offers a thinner profile and a balance bridge now secured on two sides, while the movement maintains its three-day power reserve and its independently adjustable hour hand (which should come in handy when traveling). 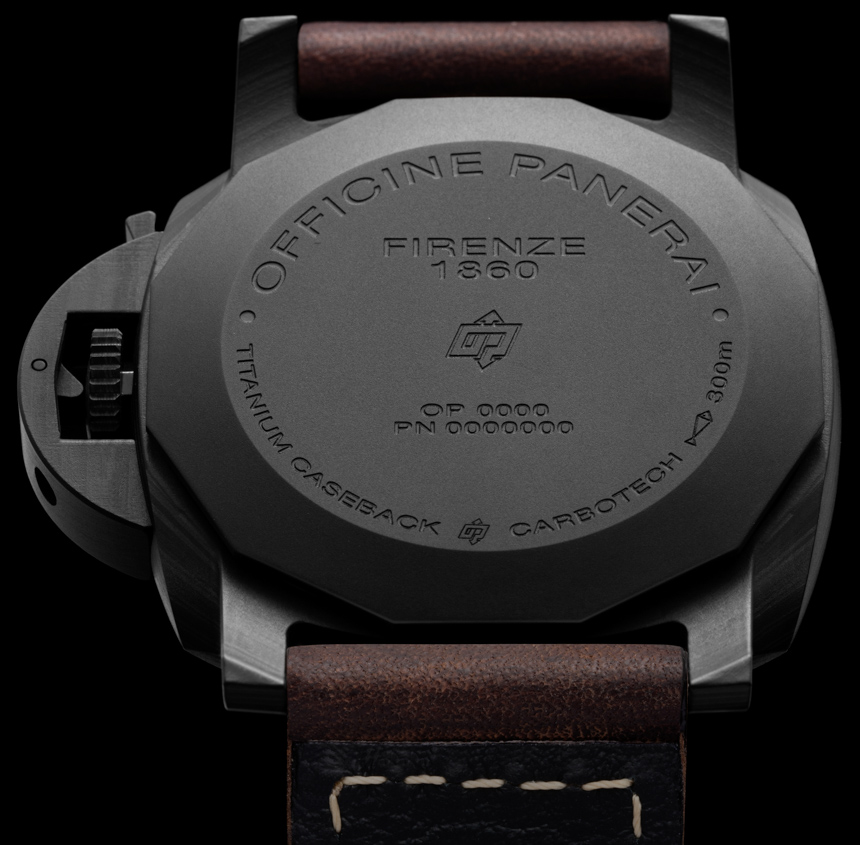 For the 72-hour power reserve, the P.9010 uses two mainspring barrels and runs at 4Hz. Unfortunately, it is covered by a solid titanium case-back on this model, but that is a tradeoff for the generous 300 meter water-resistance rating. On other models that do feature an exhibition case-back, the movement is attractive with brushed finishing and a centrally mounted, modern-looking, bidirectionally winding rotor. 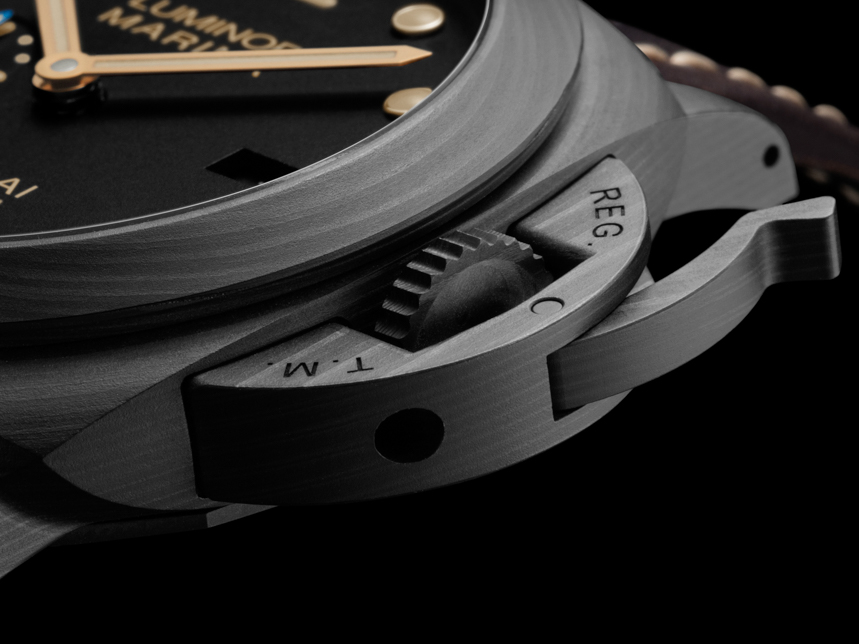 Last year’s Submersible Carbotech was overall even more niche in its feel and was a limited edition. This Panerai Luminor Marina 1950 Carbotech 3 Days Automatic PAM661, however, offers the quintessential and downright iconic Panerai case, but with the unique and special look of the carbon’s striped texture. Besides the Submersible Carbotech, we’ve seen cases in all kinds of carbon composites and “high-tech” materials from a range of brands that sometimes achieve a similar wood grain-like appearance. See, for instance, our recent Richard Mille RM 011 Felipe Massa Black Night NTPT Carbon Watch Review. When Sinn black-coated Damascus steel for their 1800 S Damaszener watch, it also had a similar look, even though that is steel.