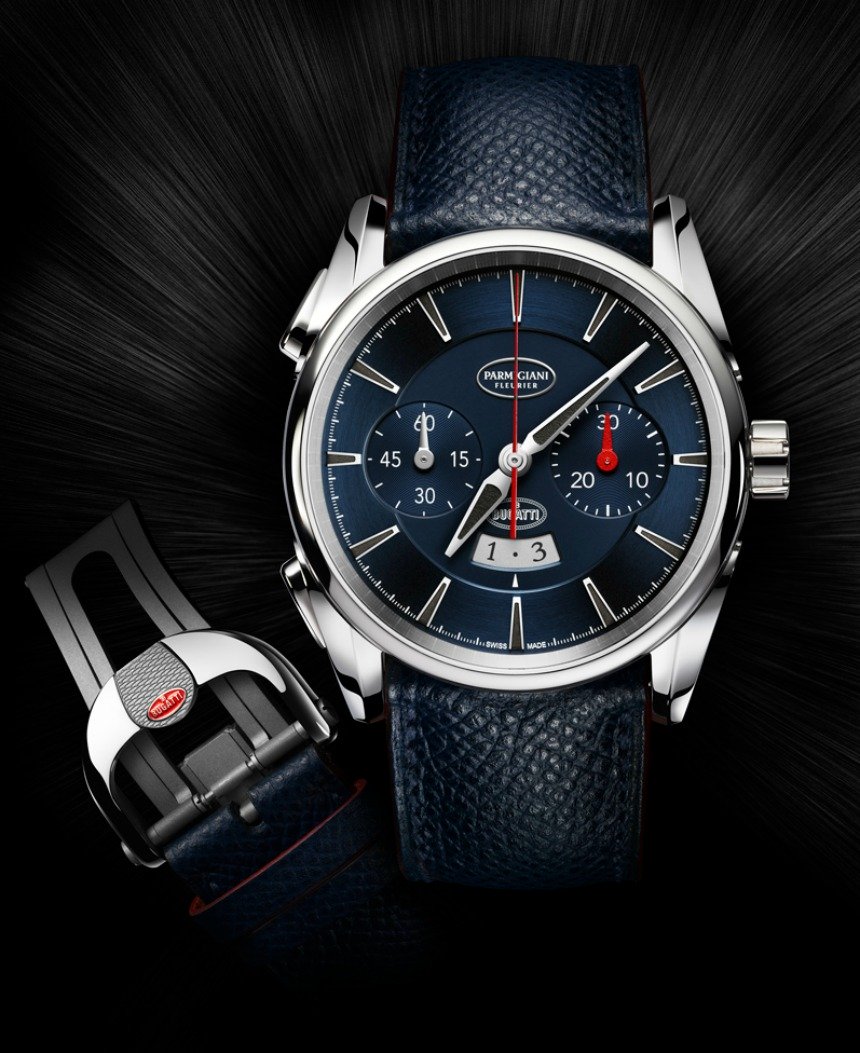 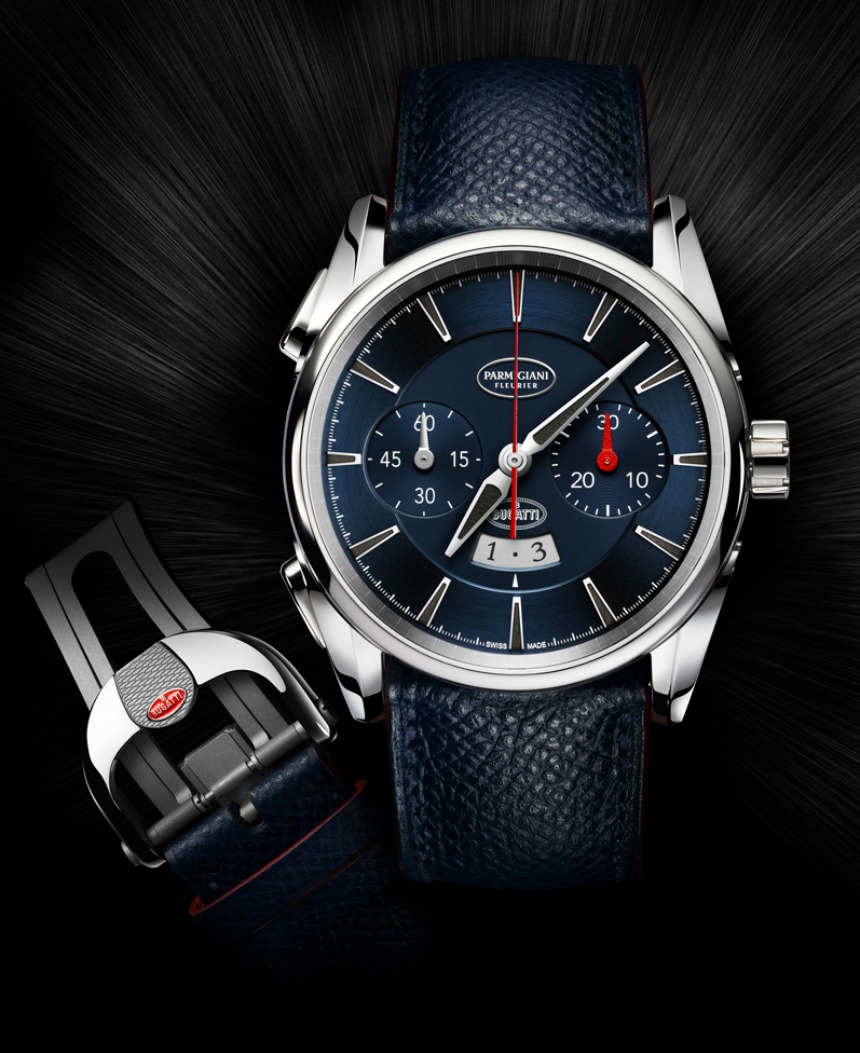 At SIHH 2014, Parmigiani will introduce the newest member to its Bugatti watch collection with the Bugatti Aerolithe Flyback Chronograph. It is in my opinion perhaps the most attractive Bugatti timepiece they have come out with so far being simple in design with a very classically attractive color palette in a deep metallic blue with a hint of red. The watch is meant to honor a historically unique Bugatti car that has since disappeared.

Interesting fact about the 1935 Bugatti Type 57 Aerolithe – it was flammable. Introduced in 1935 at an auto show, the one-of-a-kind coach is known as the first Bugatti to introduce the iconic Type 57 body style that was more realized a few years later. The Aerolithe was a trial in modern material construction as Bugatti wanted to make it lightweight for performance purposes. Though records seem to indicate the 1935 Aerolithe had only one actual media road test. 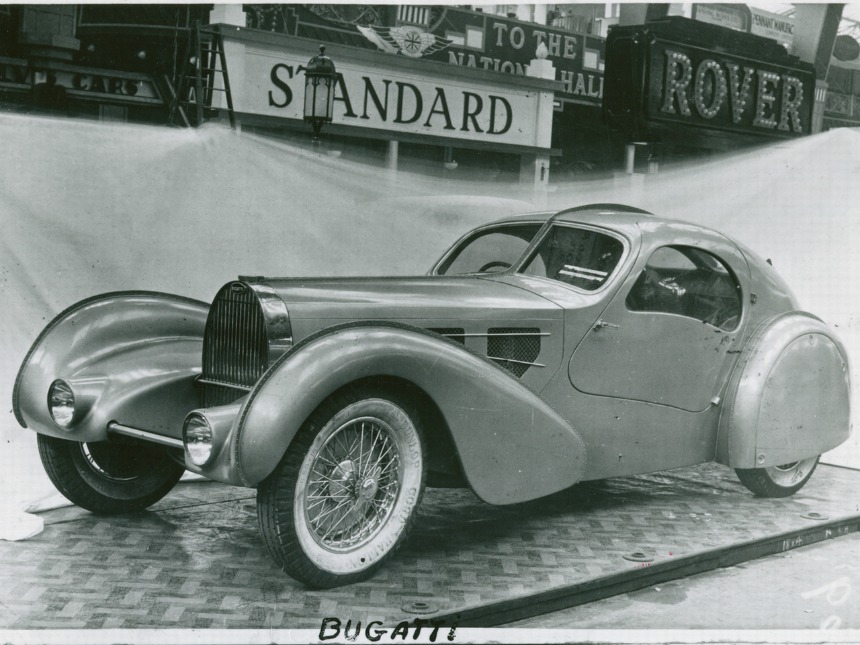 In order to make the Aerolithe as lightweight as possible, Bugatti sourced a newly developed and extremely expensive metal alloy known as Elektron. A mixture of mostly magnesium as well as some aluminum meant that the alloy was indeed very light, but it was also brittle, and dangerously flammable. Yes, Bugatti produced a beautiful car that if caught in an accident could burst into flames. It was a glorious achievement and quite possibly a PR disaster at the time – which might explain what happened to it. For unknown reasons Ettore Bugatti removed the 1935 Aerolithe from any further public appearances and either hid or destroyed it. Today only a handful of drawings and photographs exist to remember one of the most interesting and unique Bugatti automobiles of all time. In about 2012 some people actually recreated a magnesium-bodied reproduction of the Bugatti Aerolithe using only pictures and some reference material.

Depending on your outlook it is either fortunate or a shame that the Parmigiani Bugatti Aerolithe Flyback Chronograph watch is not produced from Elektron. Instead the 41mm wide case is titanium with an 18k white gold bezel. You know, they finally made a Bugatti watch that I think goes nicely with Roland Iten’s Bugatti belt buckle (only the belt buckle costs a lot more). This is one of the most sober-looking Parmigiani Bugatti watches to-date, and even though it is very much a Parmigiani from a design DNA perspective, there are a lot of unique design elements on the watch and strap. 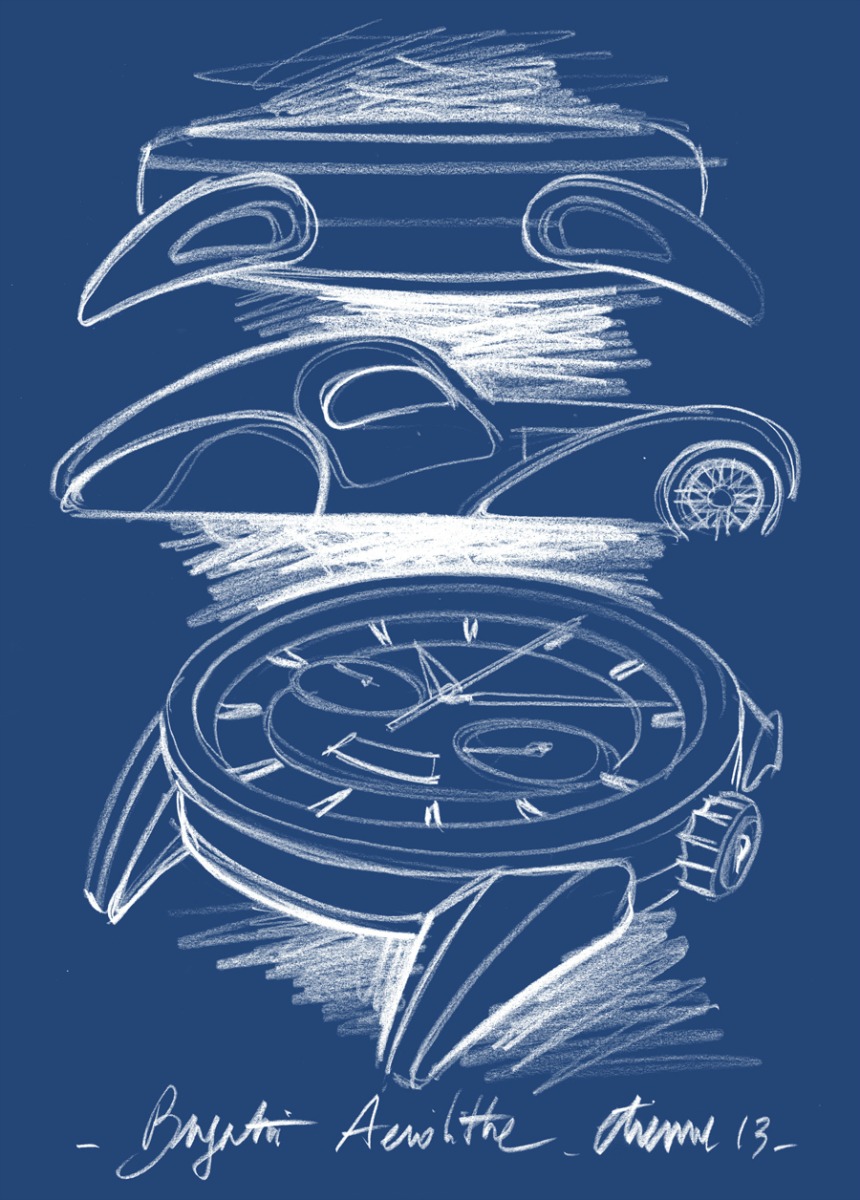 Speaking of belt buckles, did you see the neat strap clasp for the watch? Meant to look like the front hood and grill of a Bugatti, this is one of the neatest looking deployant buckles that I have seen in quite a while. The leather strap is also deep blue in color with a red-toned lining to match the case. The multi-layer dial of the watch is a very pleasant metallic blue with red chronograph hands. The applied hour markers and hands for the time use a dark gray lume color.

The dial is very simple with each of the elements being quite legible. However, I am not a fan of the “expanded” date window, which is made to look even larger by being in white against the blue dial. It is also a rare example of a watch dial with dual branding that doesn’t really bother me. A cool feature of the case is that the chronograph pushers are on the left, while the crown is on the right. This layout is just like the first TAG Heuer Monaco watches and is something I haven’t yet seen in a Parmigiani timepiece before. Inside the Bugatti Aerolithe Flyback Chronograph is an in-house made automatic Parmigiani Calibre PF 335 movement – which should prove to be well-finished as most of the brand’s movements are. Price is said to be about 22,000 Euros, and it isn’t clear whether it is a limited edition or not. parmigiani.ch