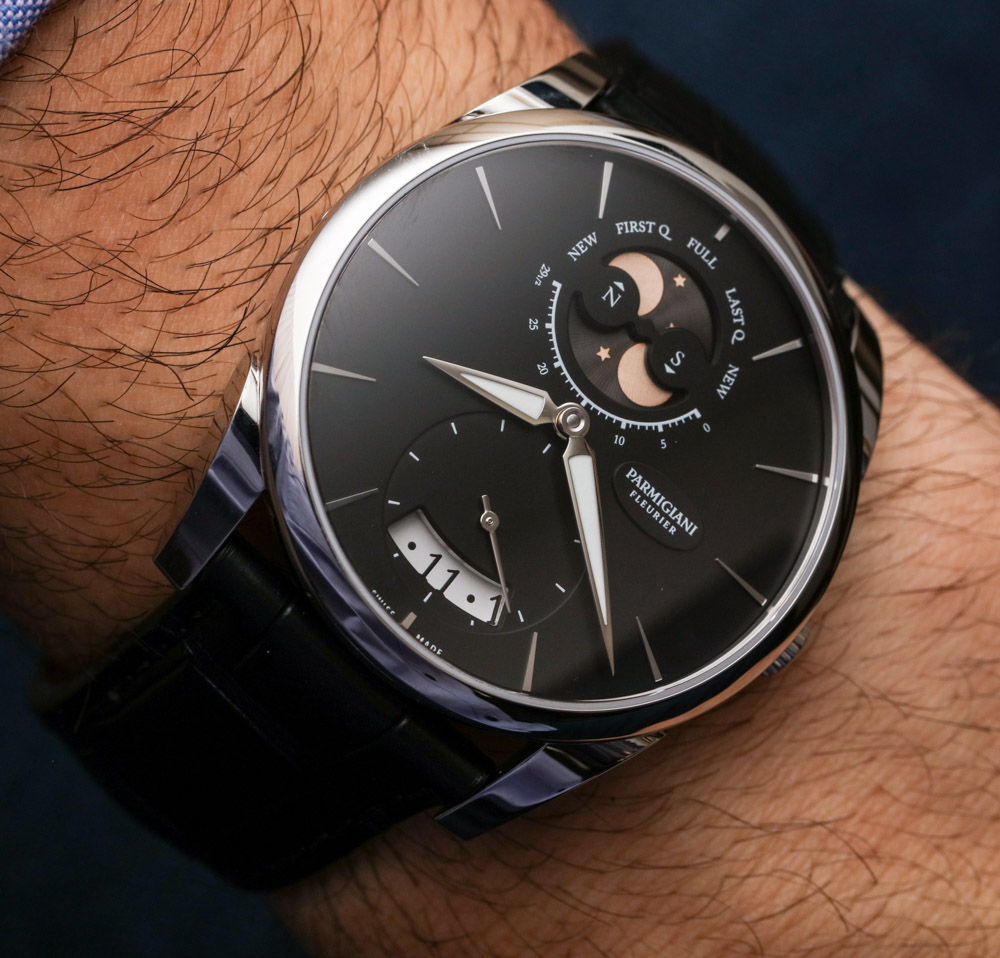 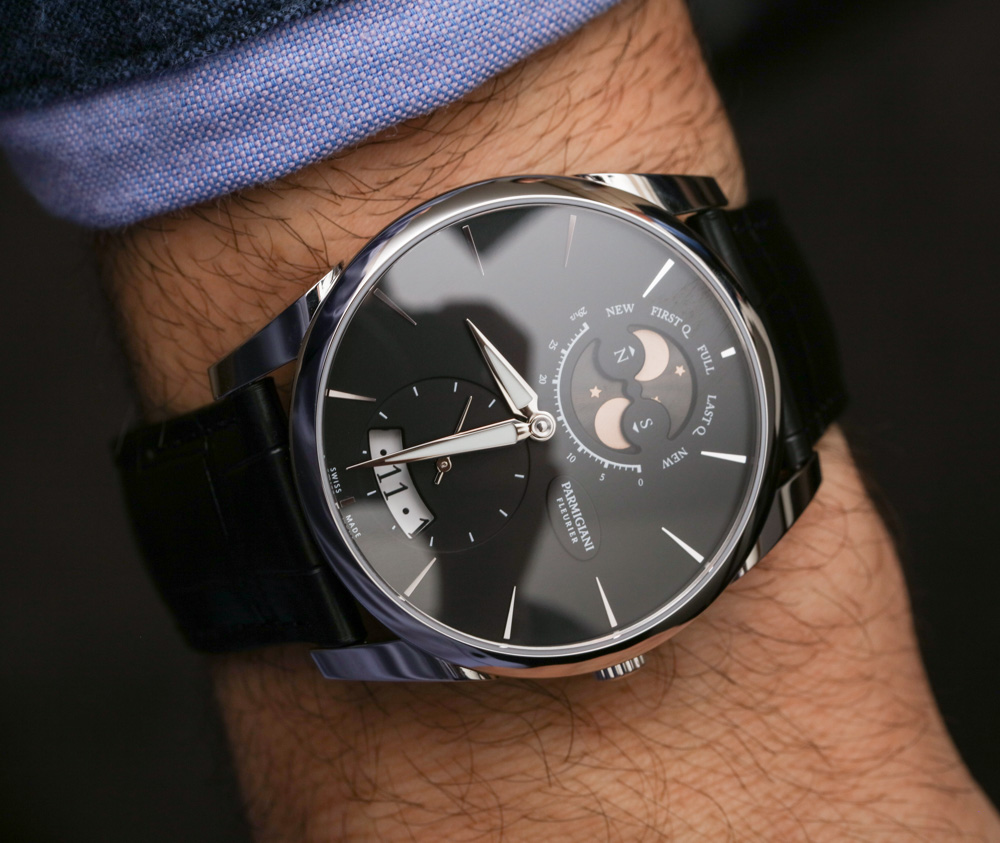 At SIHH 2017, Swiss Parmigiani debuted a new version of their best-selling Tonda 1950 collection with a moonphase-equipped variant known as the Parmigiani Tonda 1950 Lune. Offered in a a steel case, the watch seeks to blend value and complexity, for an attractive dress watch with some horological nerd appeal.

The watch industry today is facing a series of value crises. One of them is finding the right type of watch for the right type of price that today’s consumers are keen to purchase. Ending are the days of exotic high-complication mechanical watches that don’t seem to solve a need or fit any particular audience. Parmigiani and other brands have had to re-think their approach to blending simplicity with the mechanically fascinating, in luxury items best-suited for today’s buying environment when it is very much a buyer’s market. 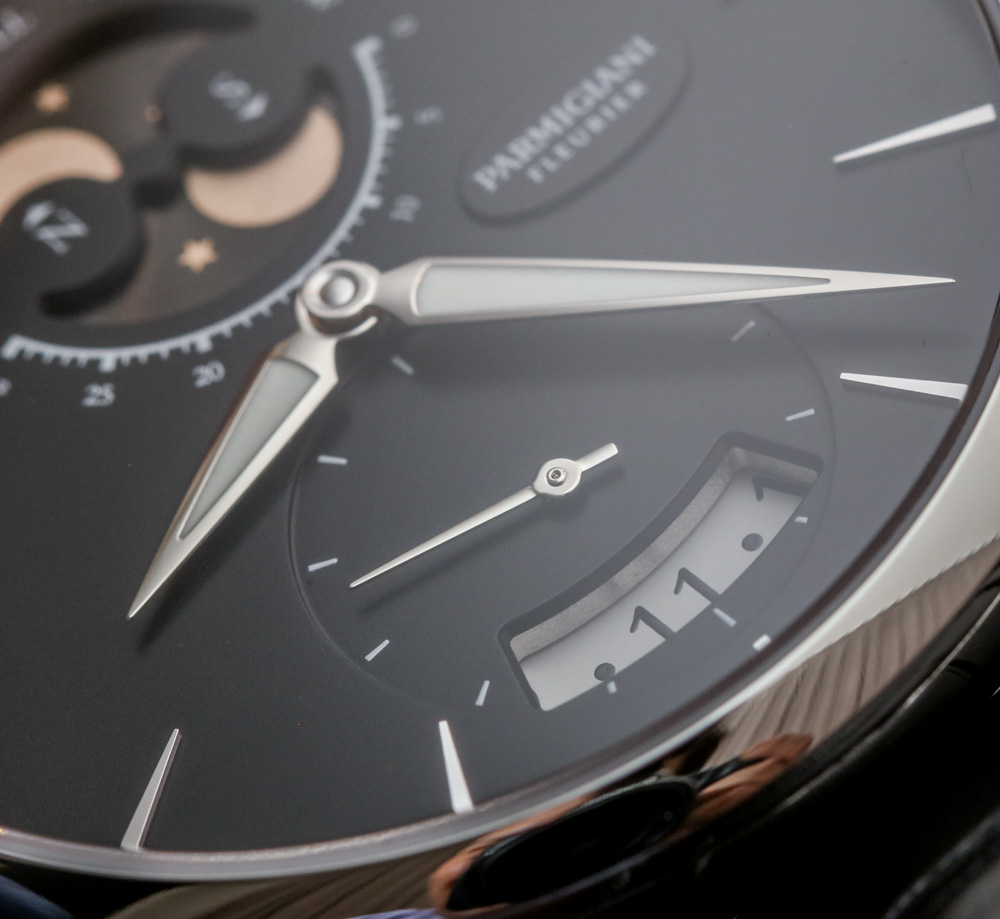 The Tonda 1950 Lune is a safe bet playing on the cyclically popular theme of producing elegant time + moonphase watches. Of course here, the Tonda 1950 also has the date. Such watches are appealing because they are practical with just enough emotional appeal (the moonphase complication) to satisfy those who want to wear something that reminds them of why they love high-end watches, but isn’t overly decadent or excessive.

For whatever reason, I neglected to take pictures of the rear of the watch while meeting with Parmigiani back at SIHH 2017. This tends to happen in the overly-rushed atmosphere of trade show meetings. The movement inside of the Tonda 1950 Lune is the in-house made Parmigiani caliber PF708 automatic, which is of course lovely and visible through the sapphire crystal window on the back of the watch. The PF708 is a variant of the PF702 automatic which sits in the more simple time-only versions of the Tonda 1950 – though it adds a few complications and some thickness to the case. 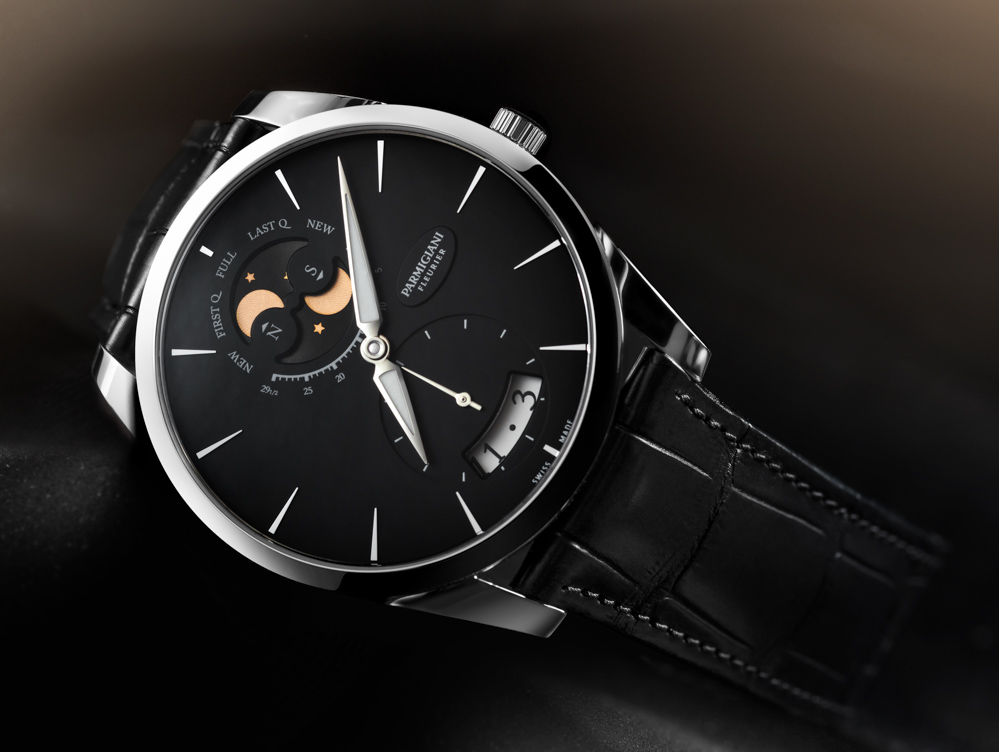 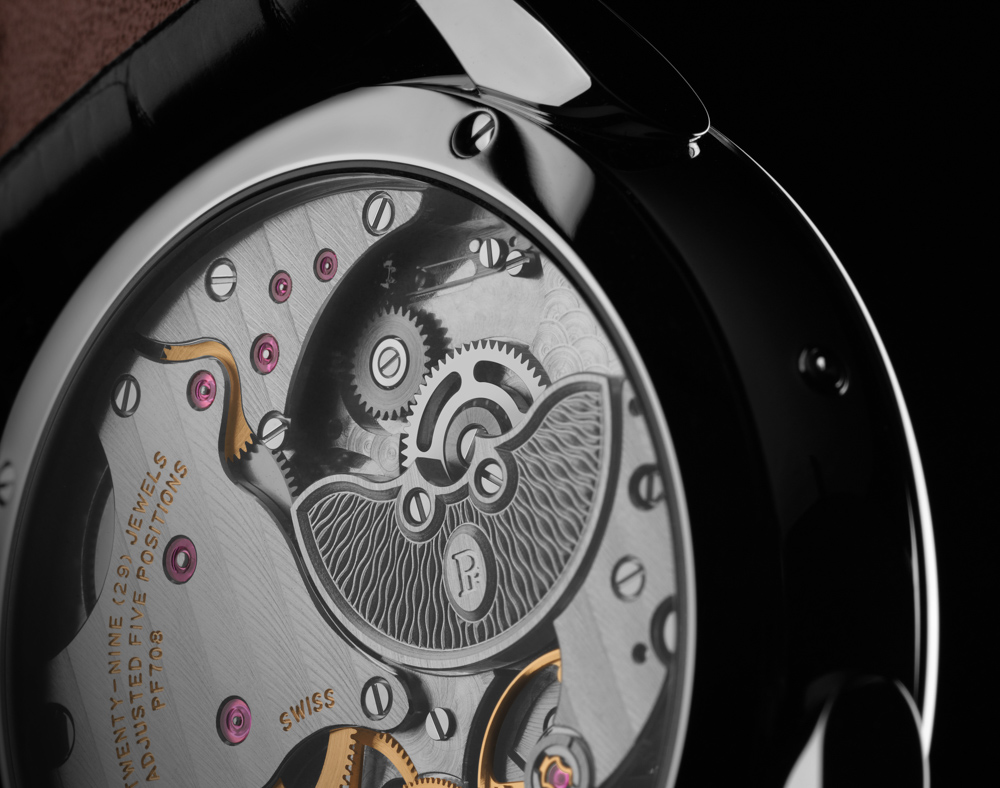 The PF708 automatic movement is finely decorated and operates at 3Hz (21,600 bph) with 48 hours of power reserve. I’m not entirely sure why it isn’t a 4Hz movement, but these days that doesn’t seem to matter too much. The movement builds upon the time with subsidiary seconds layout of the PF702 by adding a date complication, along with a prominent moonphase indicator window under 12 o’clock. Parmigiani once again offers an “open” date window with a few visible numerals that looks like a small grin at the bottom of the dial. Detailing is excellent, but one must ask themselves whether the date window needed to be so large, as well as if it would not have looked more attractive with the date disc being darker in color to match the opaline black dial. 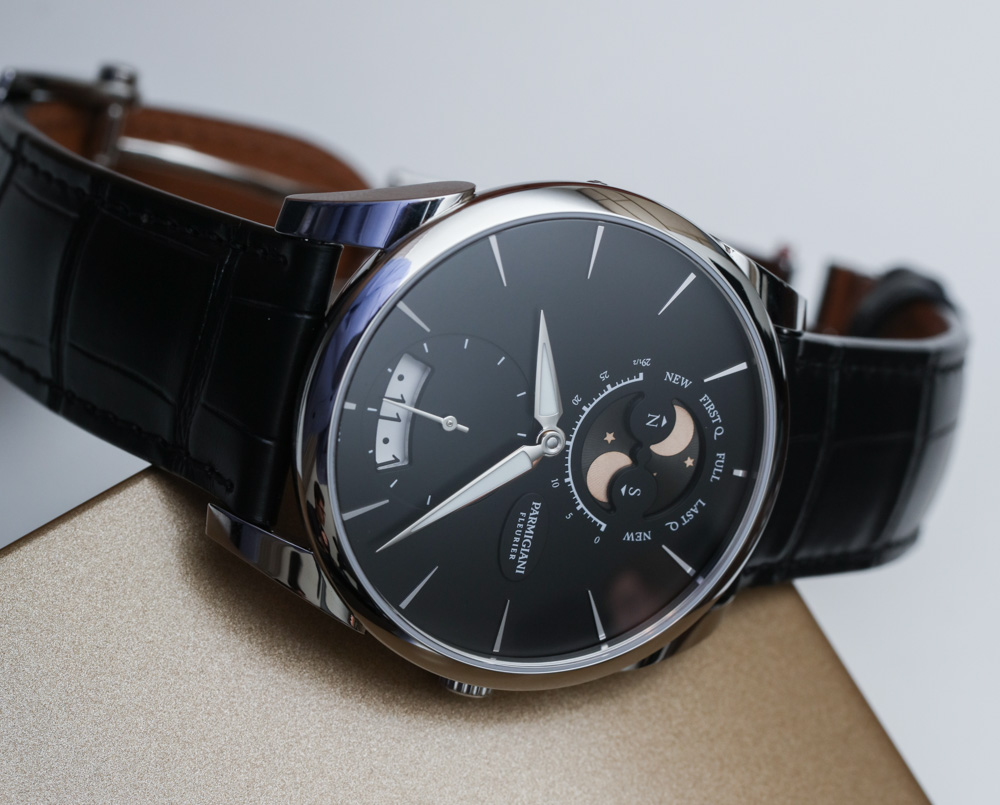 The moonphase indicator has a “double window” which means both halves of the moonphase indicator disk are visible. This looks cool but offers limited utility. The idea is that you can see the phase of the moon as it looks in both the northern and southern hemisphere of Earth. This is neat, but of course they are simple mirror images of one another. Thus, this is mostly an aesthetic choice as opposed to something which is really practical. With that said, few people argue that a moonphase indicator window is practical – as this complication is mostly emotional (and pretty).

One design wrinkle that I actually like is the added text around the moonphase indicator window (the moon representations are in rose gold) which allows you to better read the information. You not only get a lower scale of the number of days left for that moon cycle, but also “New, First Quarter, Full, and Last Quarter” markers for the phase of the moon. Assuming the watch keeps running, the moonphase indicator only needs to be adjusted once every three years. Not the most accurate on the market, but it isn’t as though collectors are clamoring for ultra-precise moonphase indicators – for them it is all about the sex appeal of the look. Some people will surely complain that this is simply unnecessary text on the dial – they have a point. With that said, there are so many moonphase complication watches on the market that offering something just a bit different and interesting to the eye is a virtue for Parmigiani. 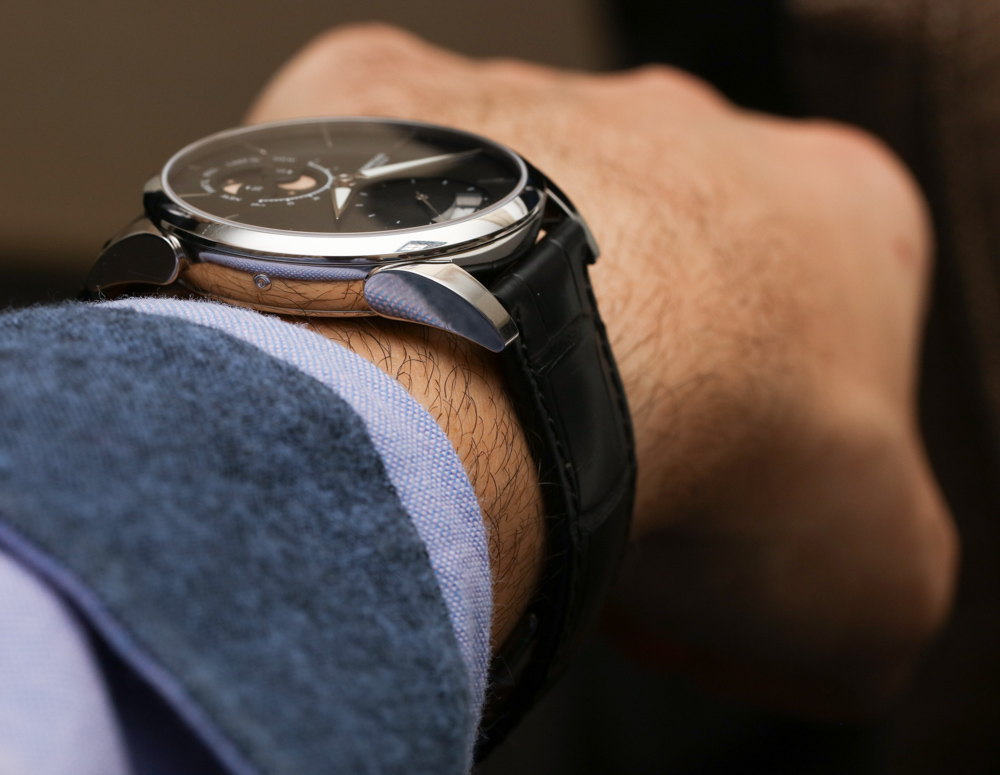 Like the standard three hand Tonda 1950, the Tonda 1950 Lune has a 39.1mm wide round case – which looks great, isn’t too small, and has lots of distinctive Parmigiani brand DNA in the design. Given the added module for the complications, the case is about 2mm thicker at 9.6mm in total thickness with 30 meters of water resistance. This actually helps the watch feel a bit more substantial for those who feel that 39mm wide is on the smaller side of what they typically prefer. Like I said, as a dress watch with some masculine appeal, the Tonda 1950 Lune is a logical choice.

Another design difference to help compensate for the thicker case is a larger crown, which assists with the feeling of harmonious proportions overall. Over the dial is a domed sapphire crystal – which like many domed sapphire crystals does suffer from some glare due to a lack of top-applied AR-coating. Parmigiani is by no means alone in not putting AR-coating on the top side of a crystal (even though the bottom side has it). They fear that the coating will scratch off and that the watch will then look bad. This is actually less of a problem these days, and I’m increasingly putting pressure on brands to address the issue of glare by getting vigilant with their suppliers. This needs to end in the area of high-end timepieces. An end to glare (for all who care)! 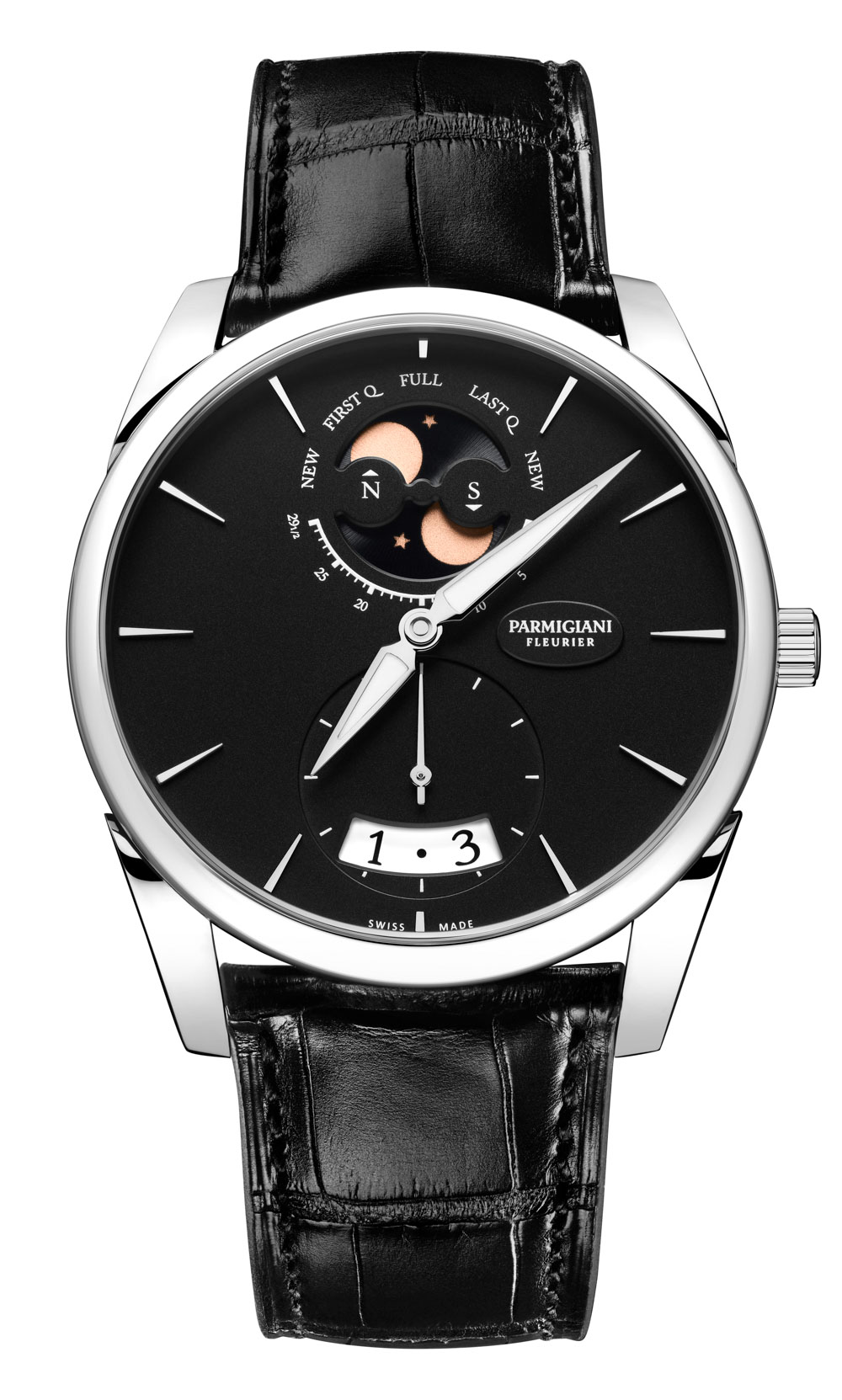 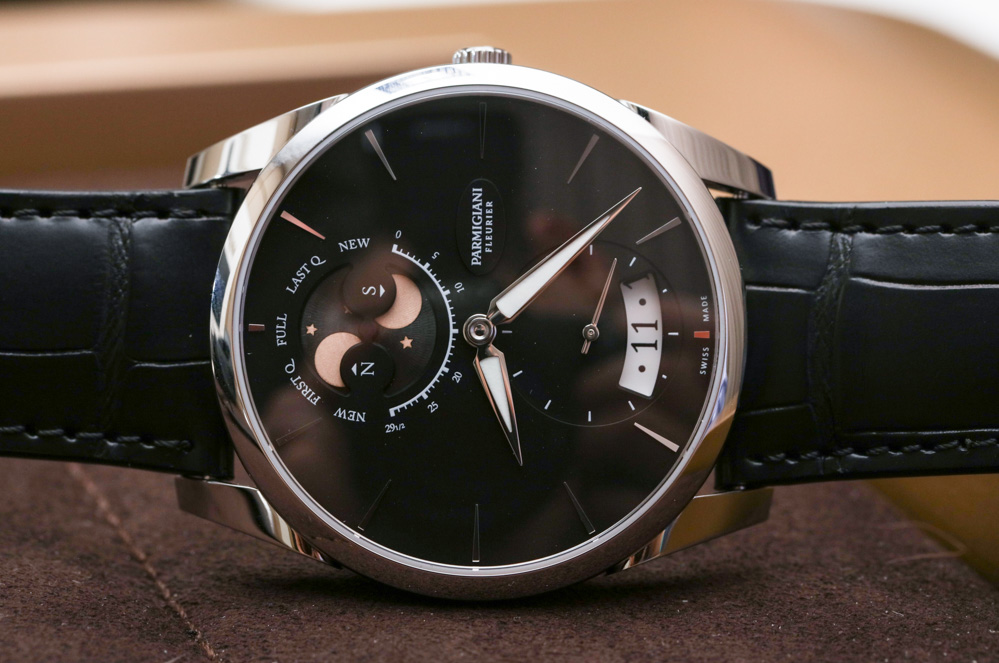 On the wrist, the Tonda 1950 Lune is comfortable and attractive with its black alligator Hermès strap. As a dress watch, it is soothing on the eyes but also a bit different, which is good. It also has some masculinity to it which I feel is important to note since the Tonda 1950 is both a men’s and women’s model – and the Lune is more for men only in my opinion.

The debut model of the Tonda 1950 Lune is the reference PFC284-0001400-XA1442. In steel, this is the only model available now, and you can tell that Parmigiani is curious and unsure of how it will do in the market (which is totally understandable in this market environment). Assuming it does well, I expect to see more dial color versions – but I think the decision to keep it in steel is a good one. However, I think a polished titanium dress watch would be even more interesting. Price for the Parmigiani Tonda 1950 Lune is $12,900. parmigiani.com