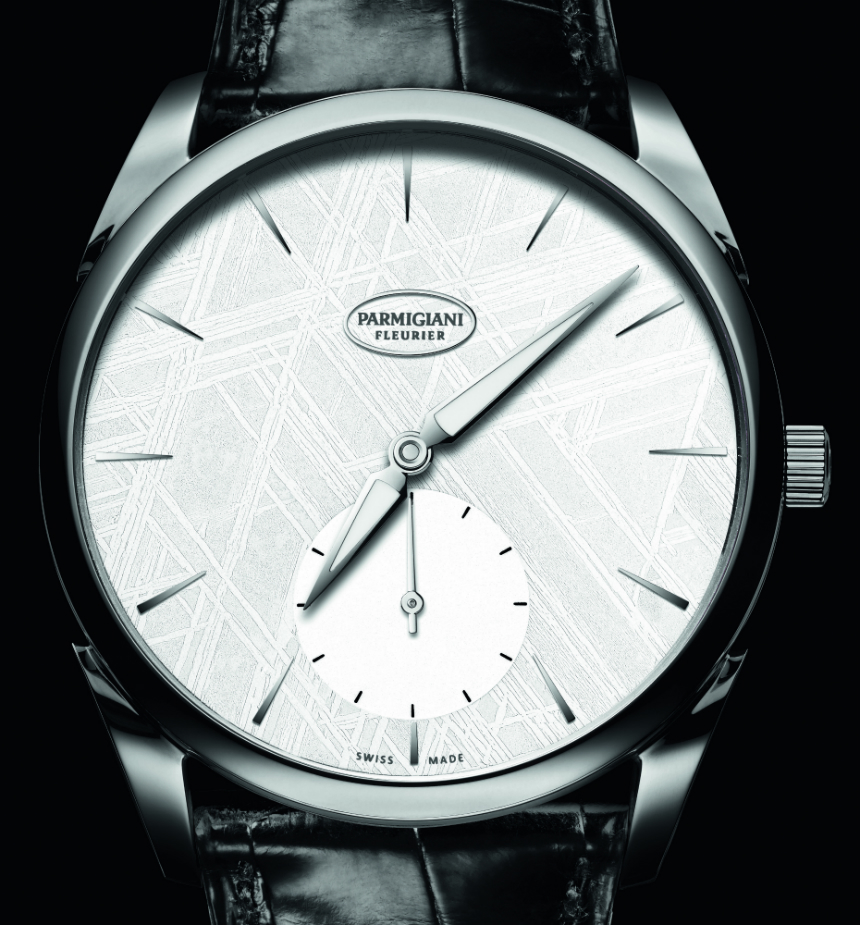 The new white-faced Parmigiani Fleurier Tonda 1950 Meteorite watch joins two previous versions of the meteorite-dialed watches which came in darker colors of dark blue and black. This new version comes from a meteorite discovered in Sweden, which delivers a uniquely icy look to a product that certainly conjures the brooding darkness of the cosmos from which the celestial stone originates. 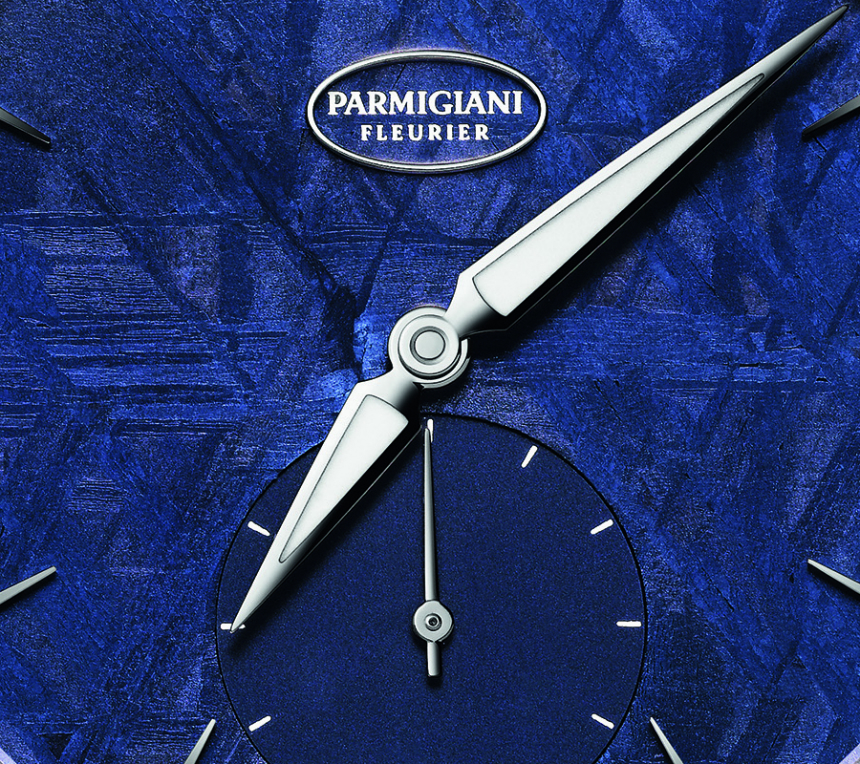 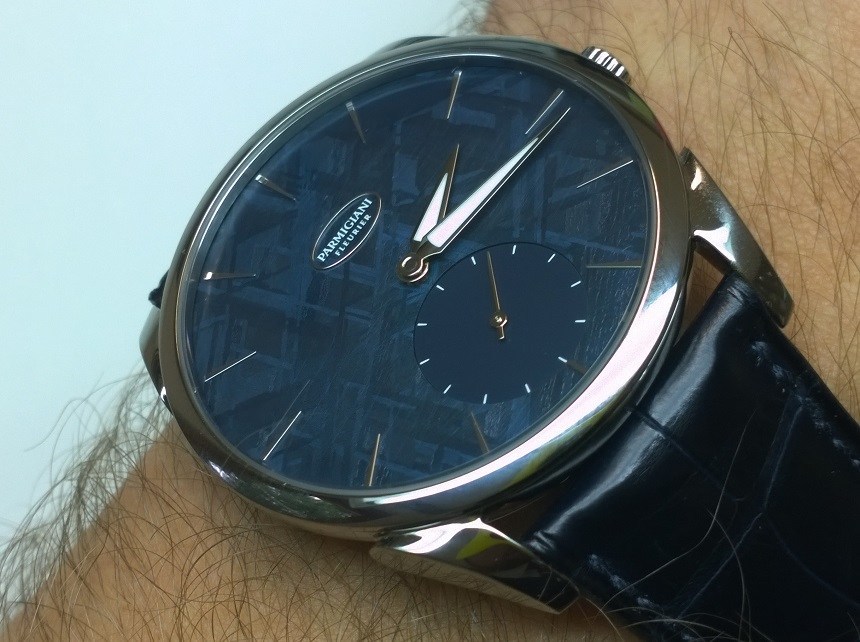 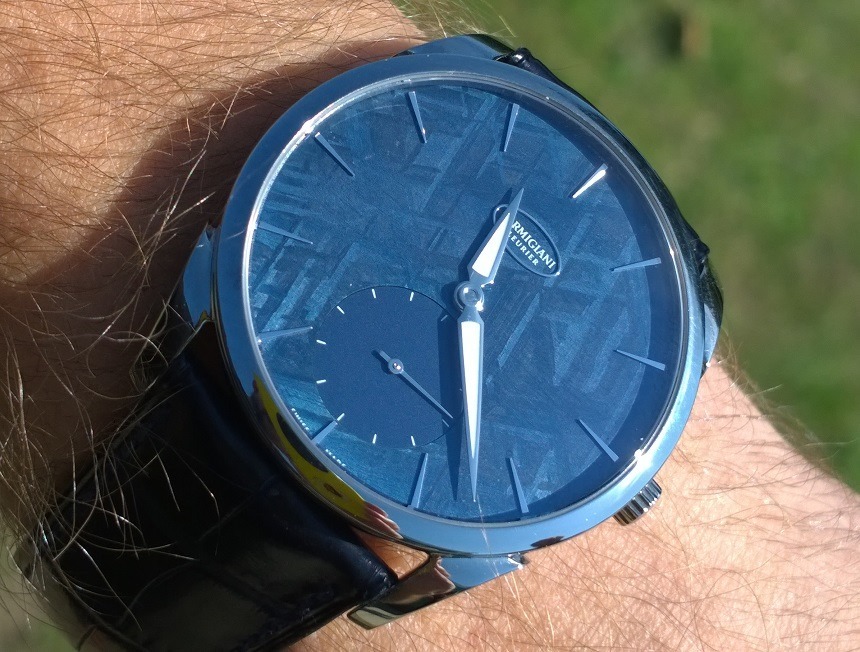 We reviewed the abyss blue piece here when it came out in 2015 and were instantly taking note of the meticulous dial work involved. Personally, I love to think about the simplicity of design in tandem with the spectacular nature of the dial material. The Widmenstätten patterns you see on the dial add a visual texture that can easily be overlooked by a passerby.

Regardless of the three dial colors (blue, black, or white), the patterns that the meteorite brings to the party are certainly understated, and I like that. It’s showy for those in the know, and not of much notice to the rest. By the way, above are a couple of pictures of the blue model we reviewed so you can see some real life shots. 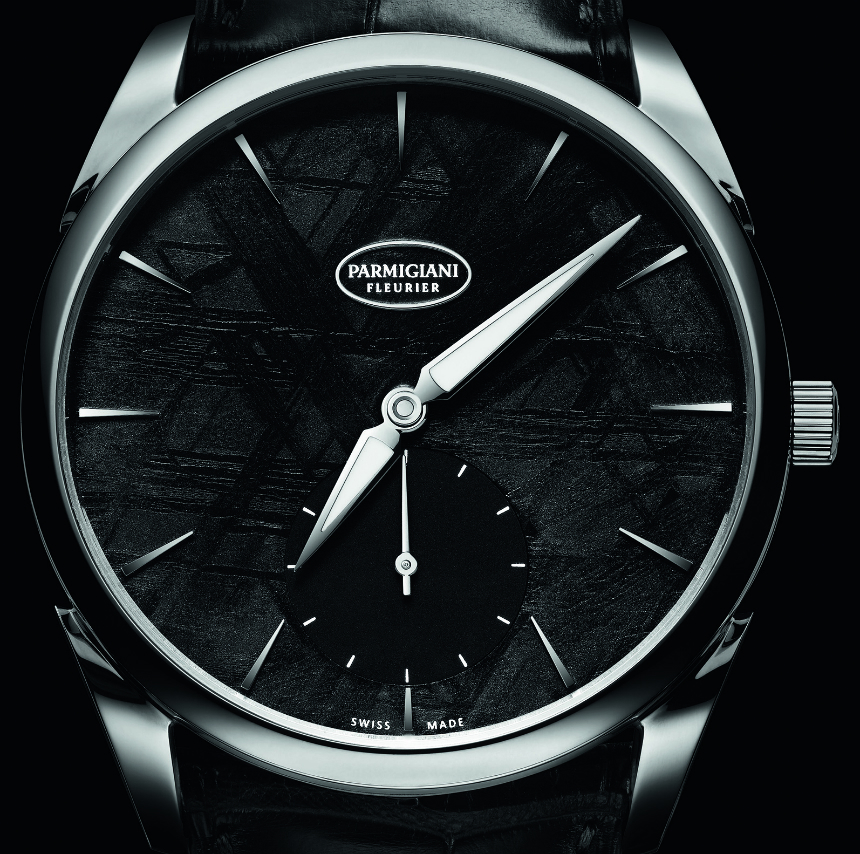 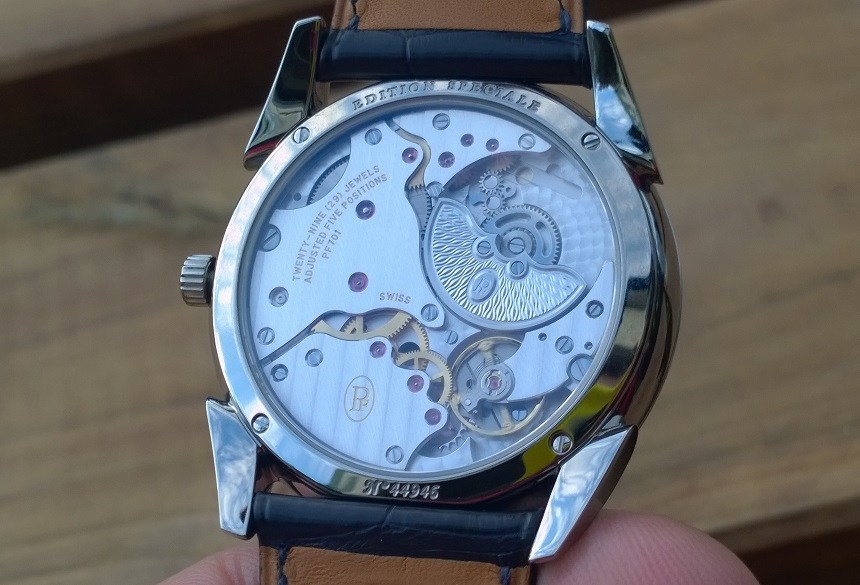 Get past that dial, and you might say, well, it’s just another three-hander with a sub-seconds dial. The movement running the Parmigiani Fleurier Tonda 1950 Meteorite watch would be the PF 702 automatic movement, which in and of itself manages to come in at only 2.6mm thick. There is also some rather nice finishing on the movement that is convenient to view through the sapphire crystal case back. Check out the case back of the version we reviewed. 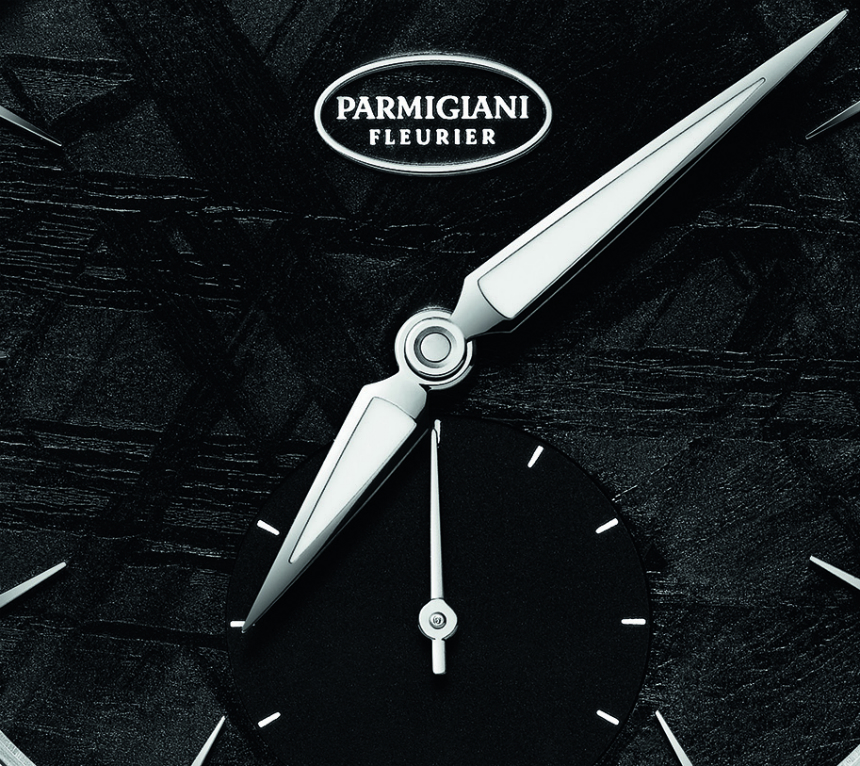 Speaking of the case, there’s another “hiding in plain sight” part of the Parmigiani Fleurier Tonda 1950 Meteorite. The 39mm case, itself just under 8mm thick due to that thin movement, might look like “just” another steel case. But instead, we have polished titanium being used. This means we end up with a rather tough watch, and one that should be light on the wrist, between the material and the overall thinness. 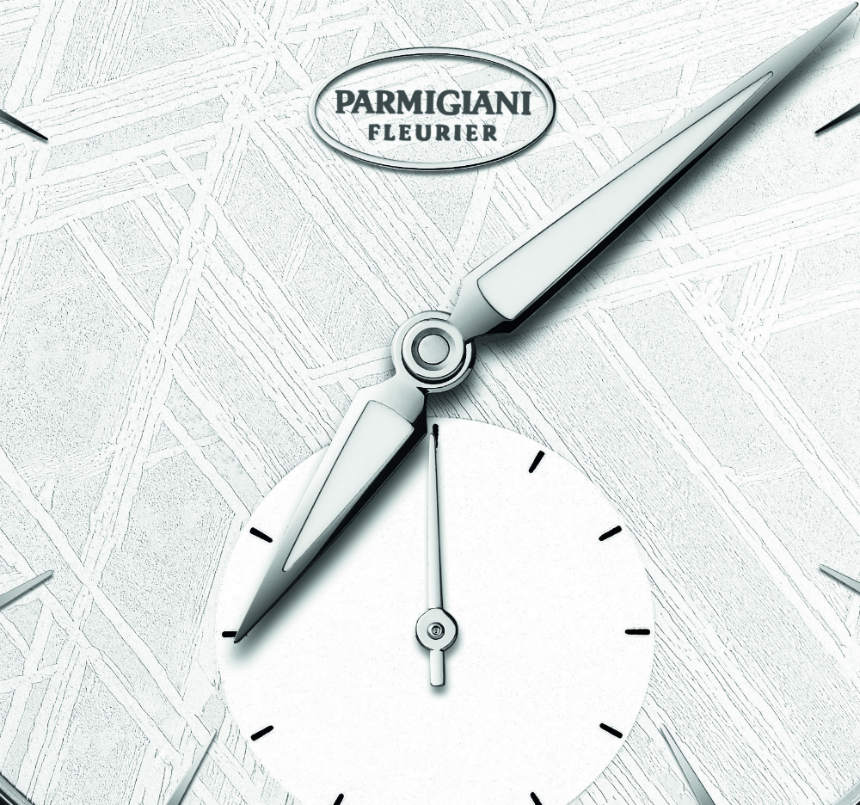 These are the details that make me take notice of a watch like the Parmigiani Fleurier Tonda 1950 Meteorite. When considered as a whole, the overall aesthetic is just further underscored in highlighting a piece that puts the cosmos on your wrist, but does it quietly. Parmigiani Fleurier is releasing the new white-dial model while re-introducing the blue and black models which came out in 2015, I believe.  I’d have to see all 3 in person side by side, but this new introduction definitely adds to the line (and I’m still giving the blue the edge). Price for the new Parmigiani Fleurier Tonda 1950 Meteorite watch is $19,500. parmigiani.ch