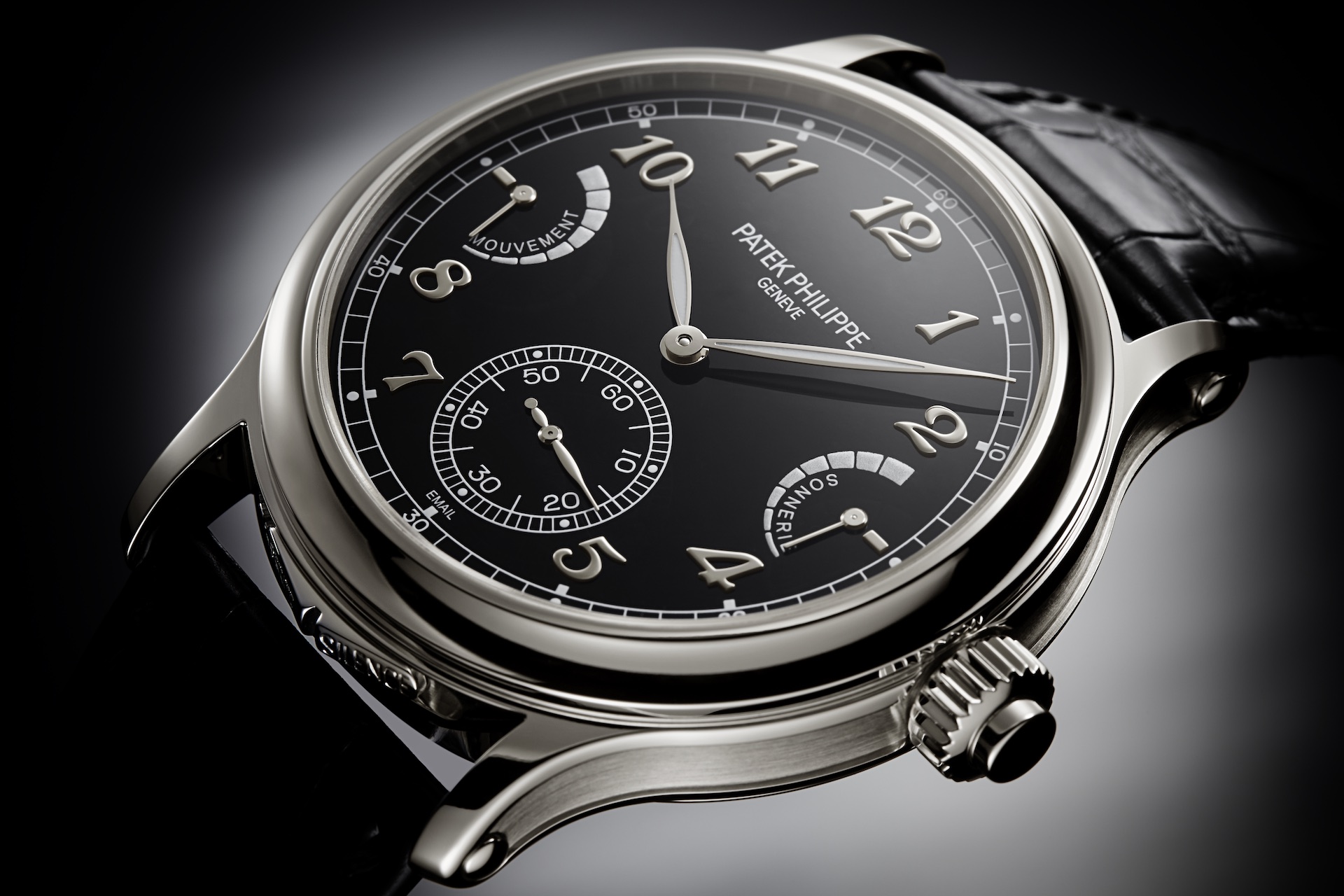 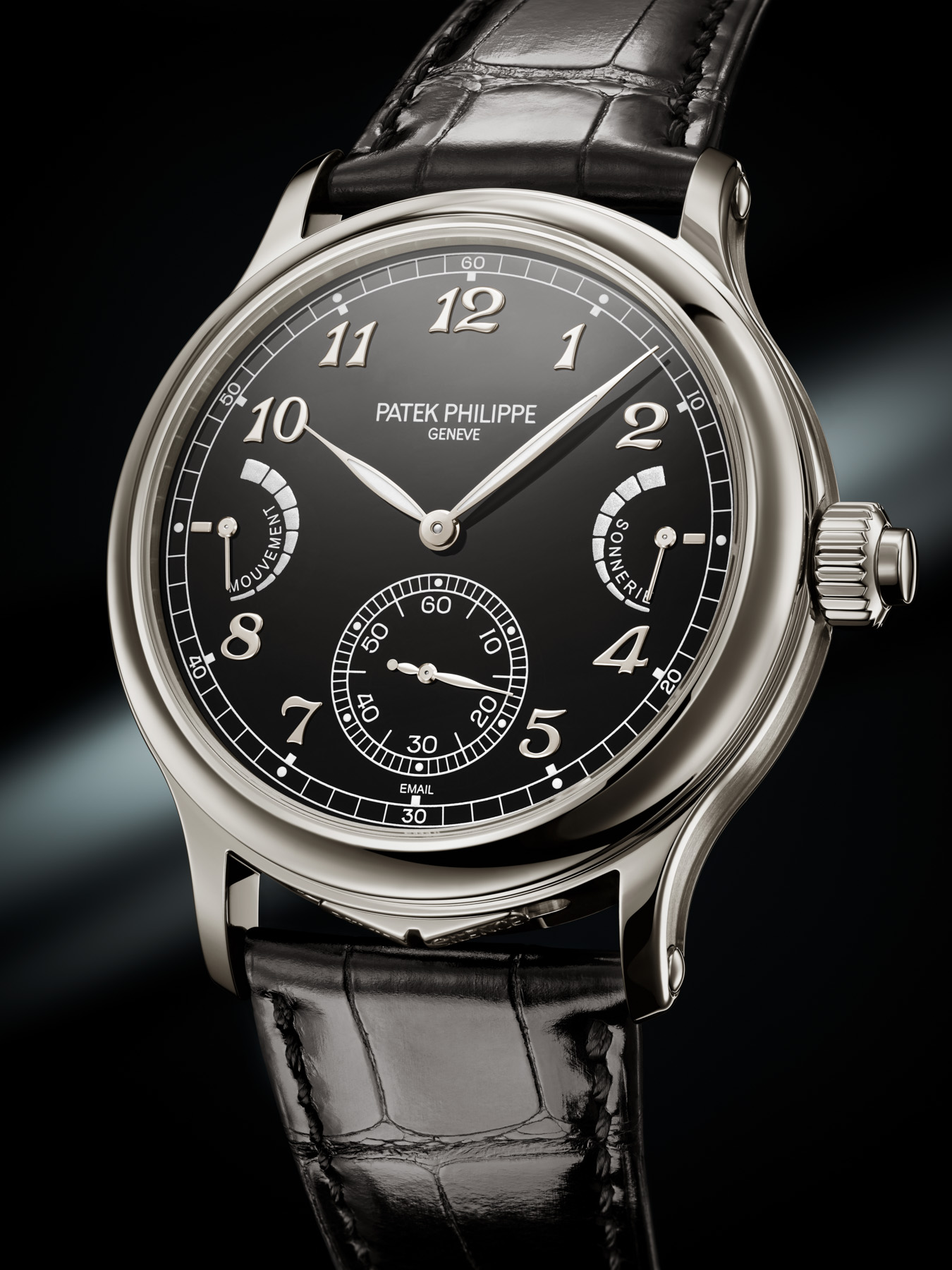 The just-announced Patek Philippe 6301P Grande Sonnerie is a subtly designed masterpiece with a grande and petite sonnerie chiming mechanism, as well as a minute repeater and a new patented jumping seconds hand. The 6301P Grande Sonnerie is, in Patek Philippe’s words, a “spin-off” of the Caliber 300 found in the behemoth Grandmaster Chime 6300G. Done in a surprisingly wearable-sized and -designed platinum case, the 6301P is a special piece of horology with rare complications that is remarkably subtle. 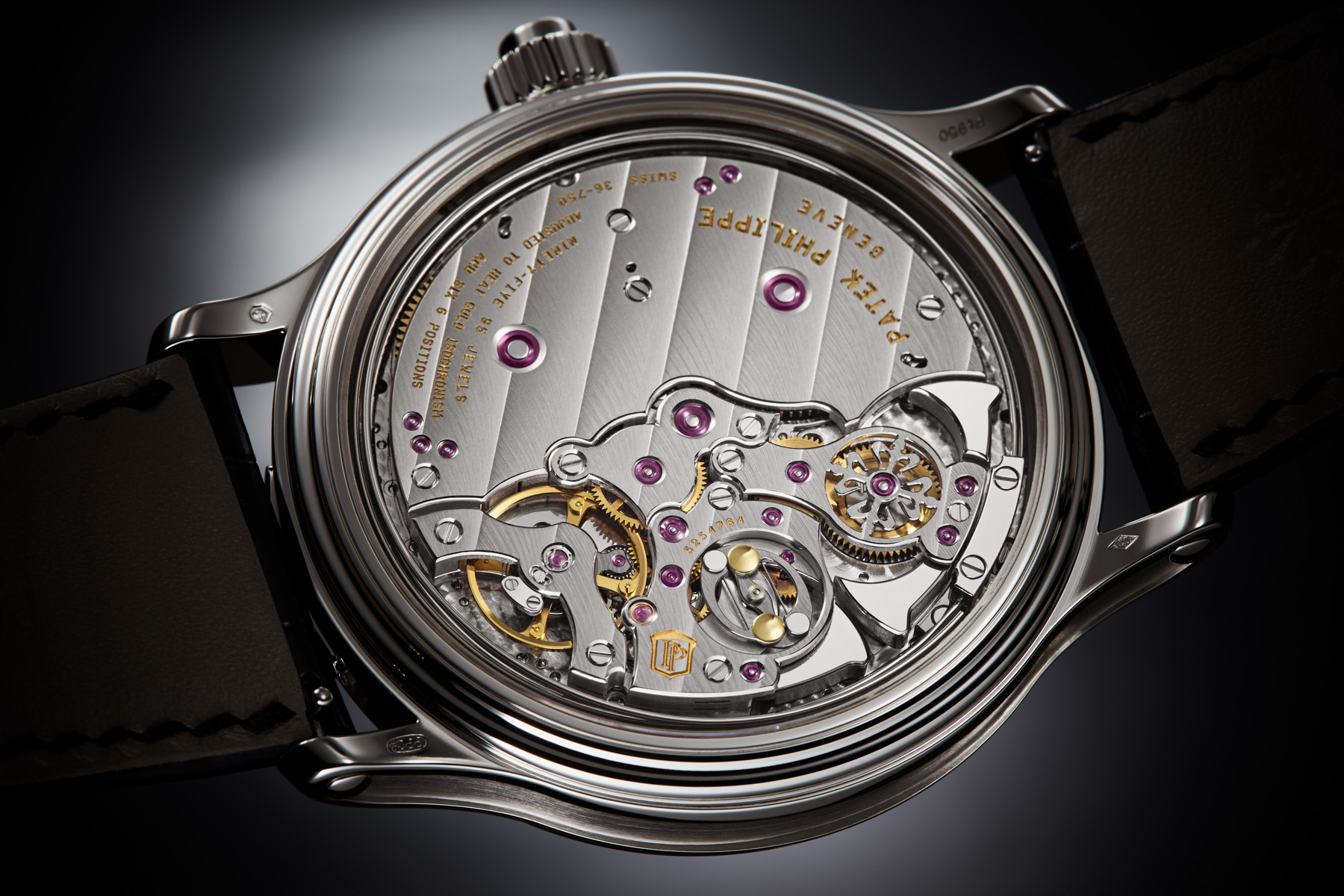 This new manual-wind Caliber GS 36-750 PS IRM is highly complicated given that it’s made of 703 parts, though the movement itself only measures 37mm-wide and 7.5mm-thick. With three patents and the use of silicon parts (specifically for the hairspring and patented jumping seconds mechanism), this is a thoroughly modern movement in both build and design.

As relatively compact as this movement is, it does require a substantial amount of power to perform all these highly complicated functions. Patek’s solution involves two tandem-connected twin mainspring barrels, one dedicated to the going train and the other dedicated to the chiming mechanisms (making for a total of four mainspring barrels). Operating at 25,200 vph, the movement allows for a 72-hour power reserve for the watch and a 24-hour power reserve for the strikework. So, when fully wound, the 6301P Grand Sonnerie will chime at full and quarter hours throughout the day for a 24-hour period. 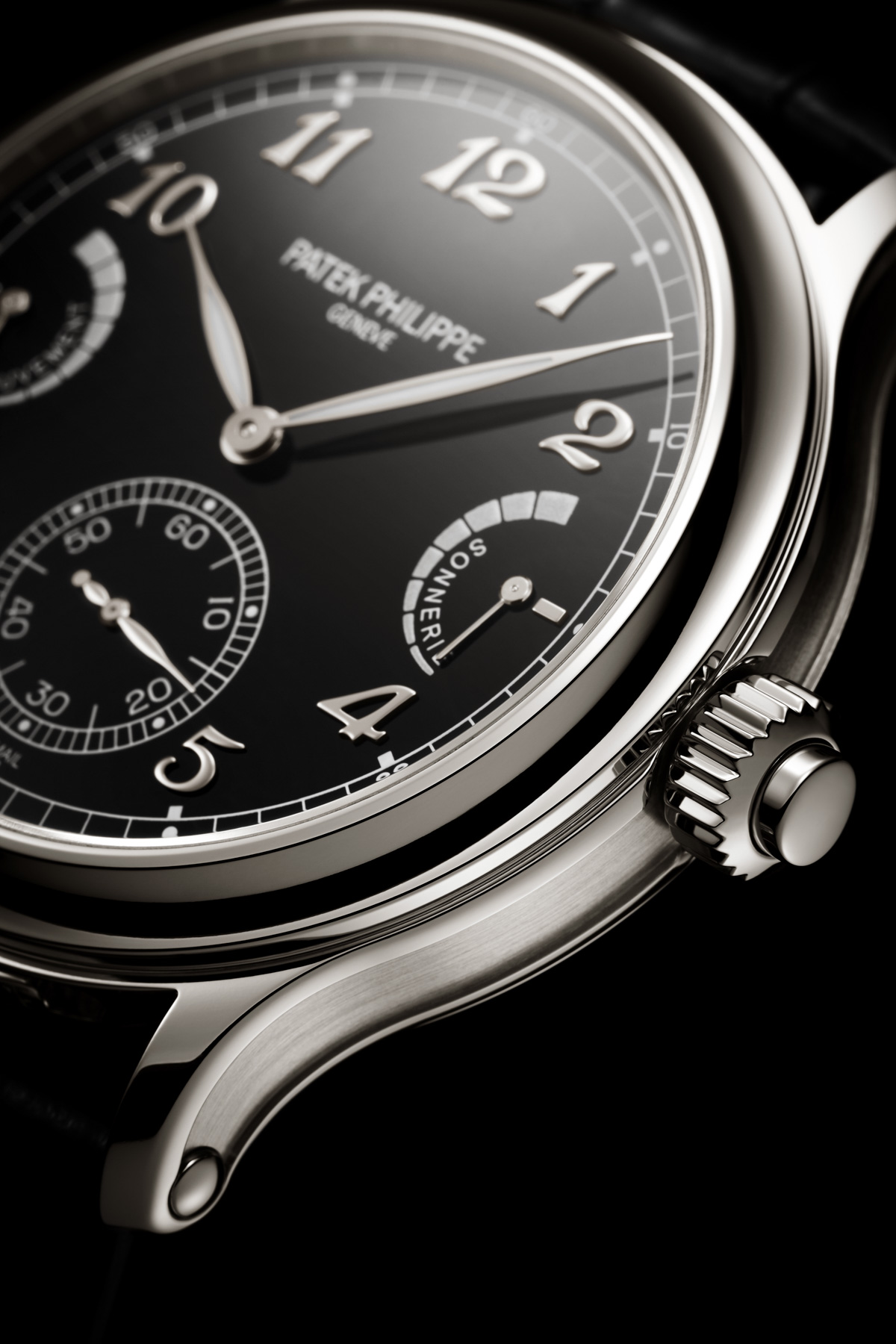 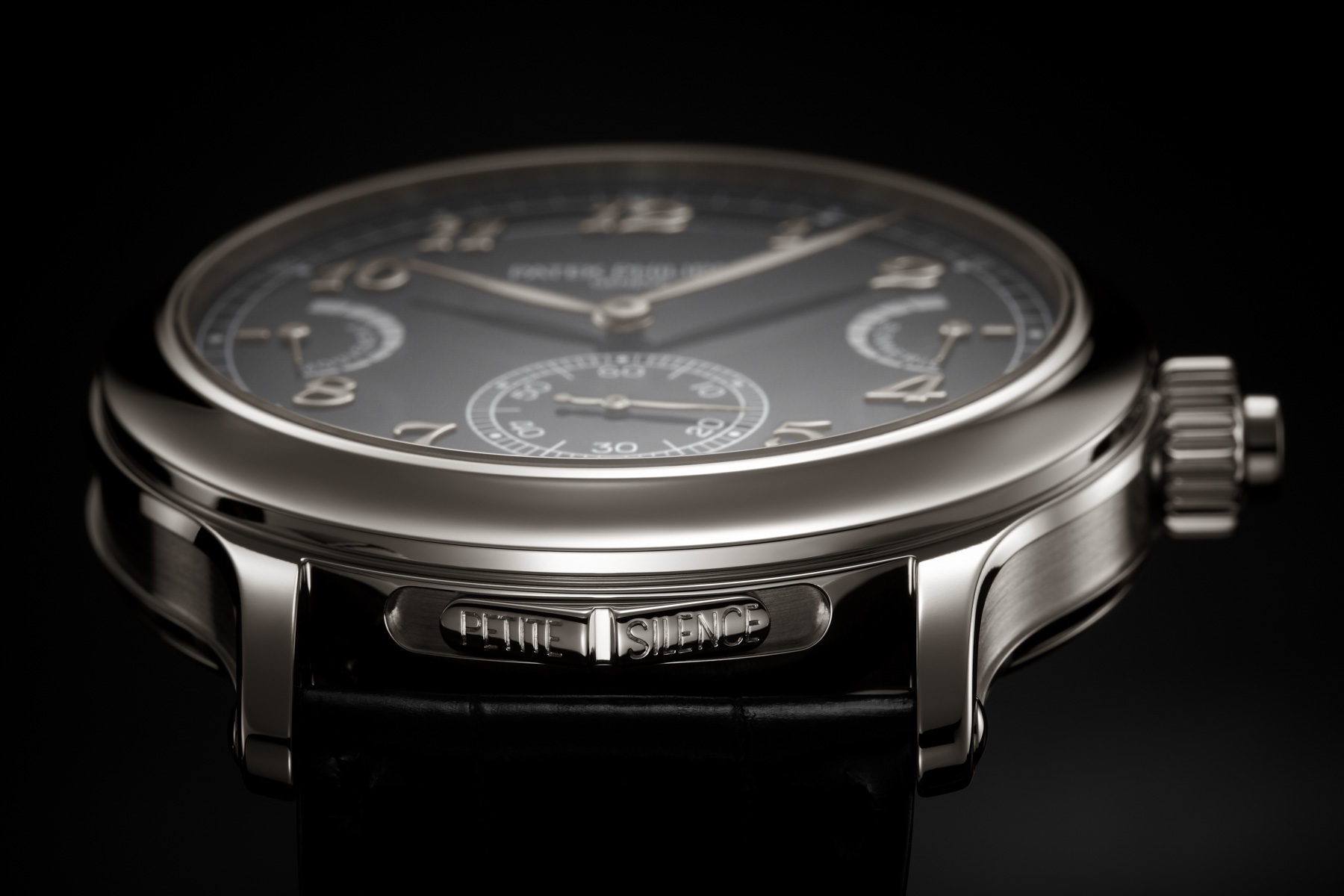 There are two other modes that can be activated on the 6301P Grande Sonnerie if the 1,056 strikes are a bit much. Using the slide switch at 6 o’clock on the case activates the petite sonnerie Strikework mode, which strikes only at full hours. The same slide switch can also be used to activate silence mode, where strike is switched off, though the minute repeater can easily be activated by pressing the inset pusher on the crown at 3 o’clock. One of the three patents introduced with this 6301P has to do with how the mechanism isolates the grande sonnerie in silence mode, allowing for it to not use any energy that would deplete power reserve. The second patent is the single slide switch at 6 o’clock, allowing you to choose between grande sonnerie, petite sonnerie, and silence modes. This previously would have required two slide switches. 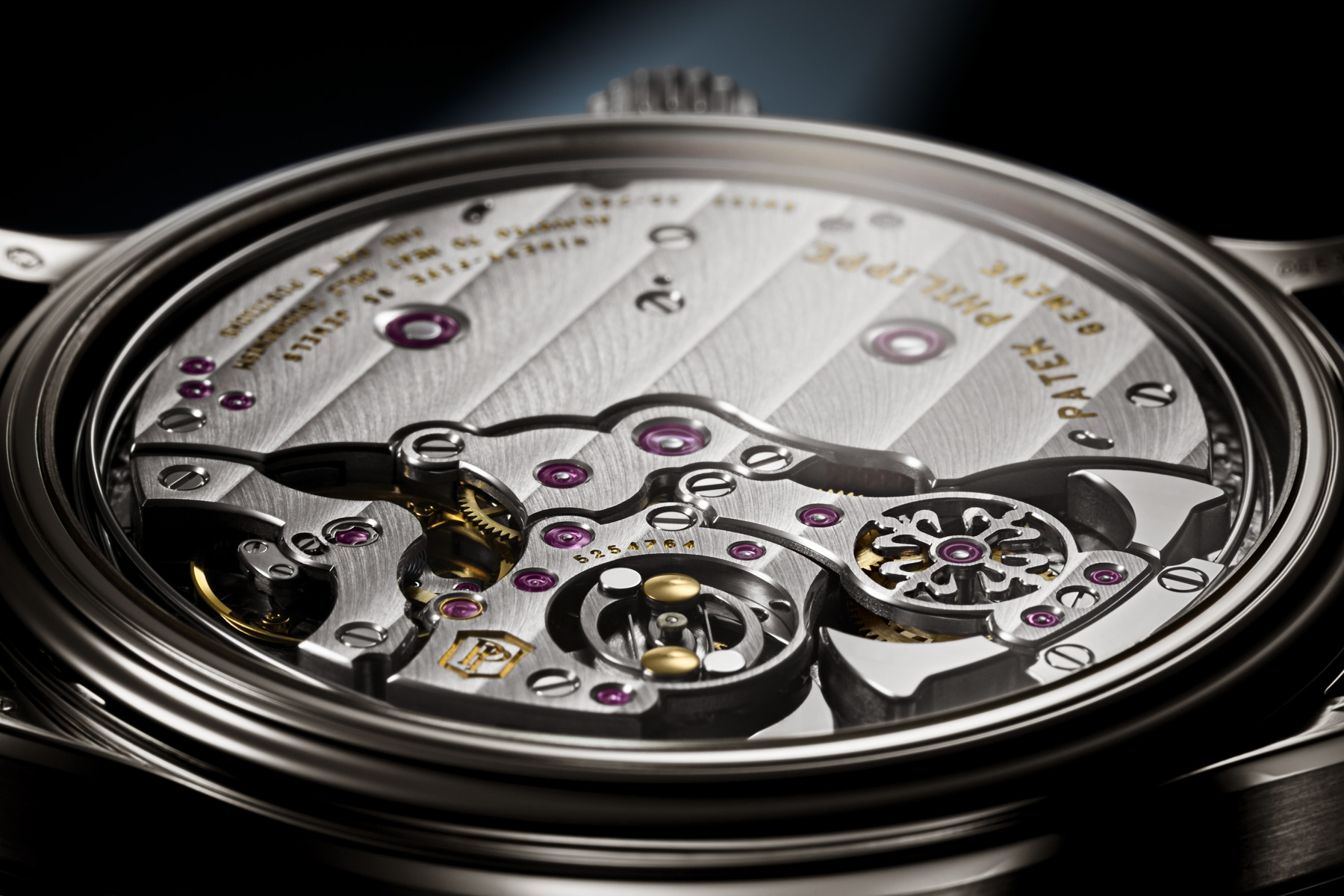 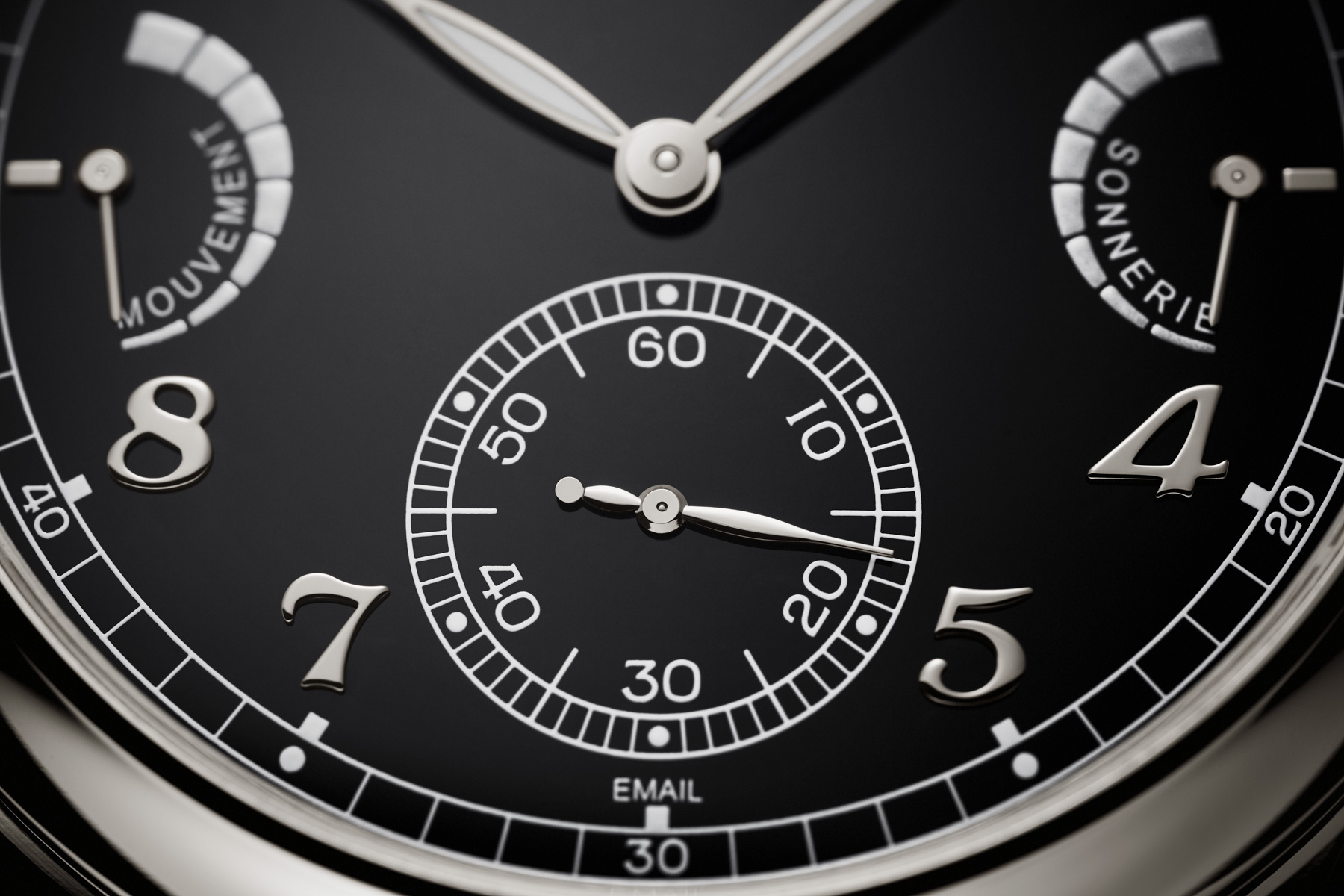 In the best kind of horological “why not?” move, Patek also introduces a new instant jumping, or dead-beat, seconds hand. With the third (and final)  patented system utilized here, this mechanism uses wheels and a release lever to unblock the wheel train every second, which is a boon when considering energy consumption. I am sure the joy of watching the seconds hand jump to 60 immediately being joined by chiming is something one won’t easily tire of. 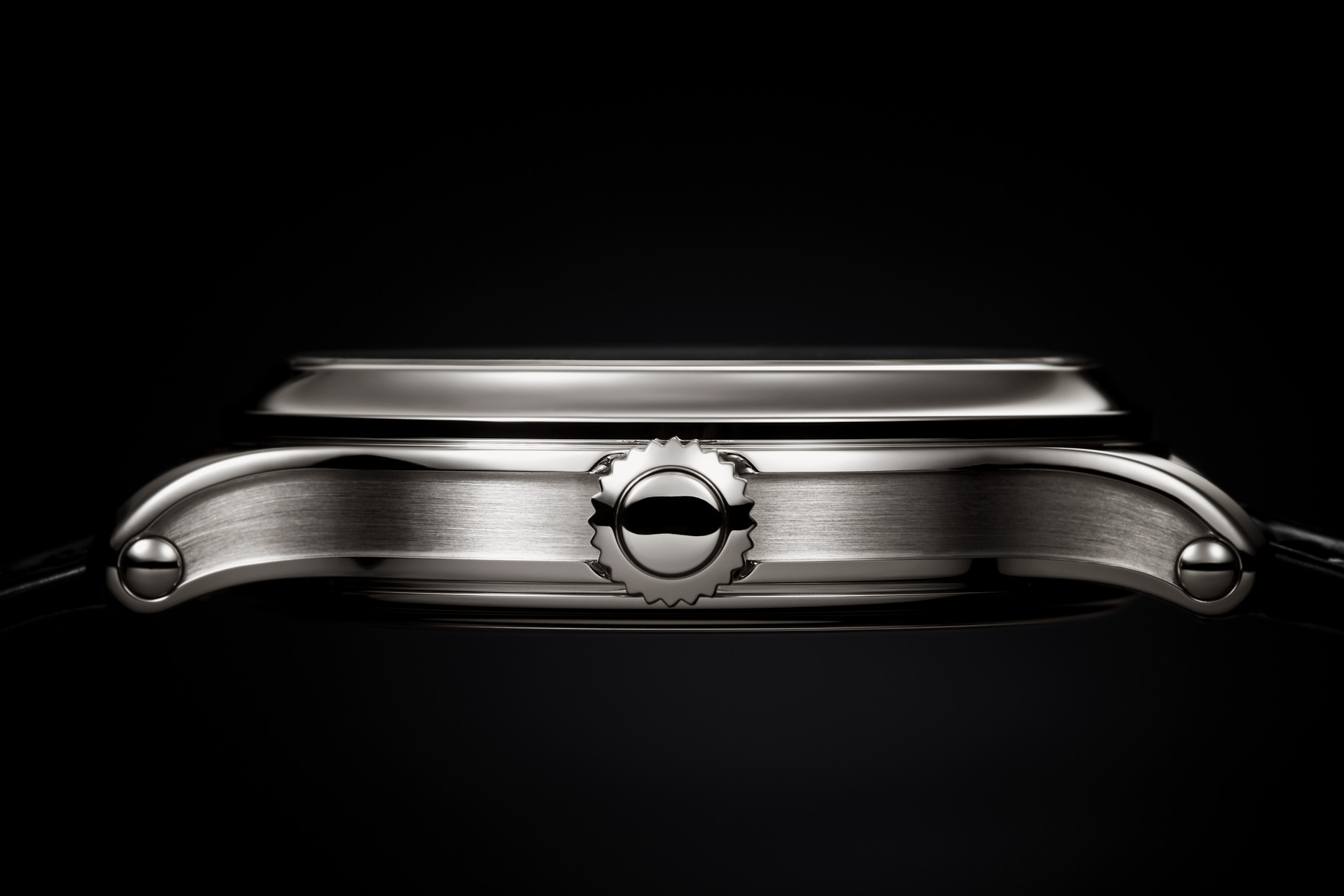 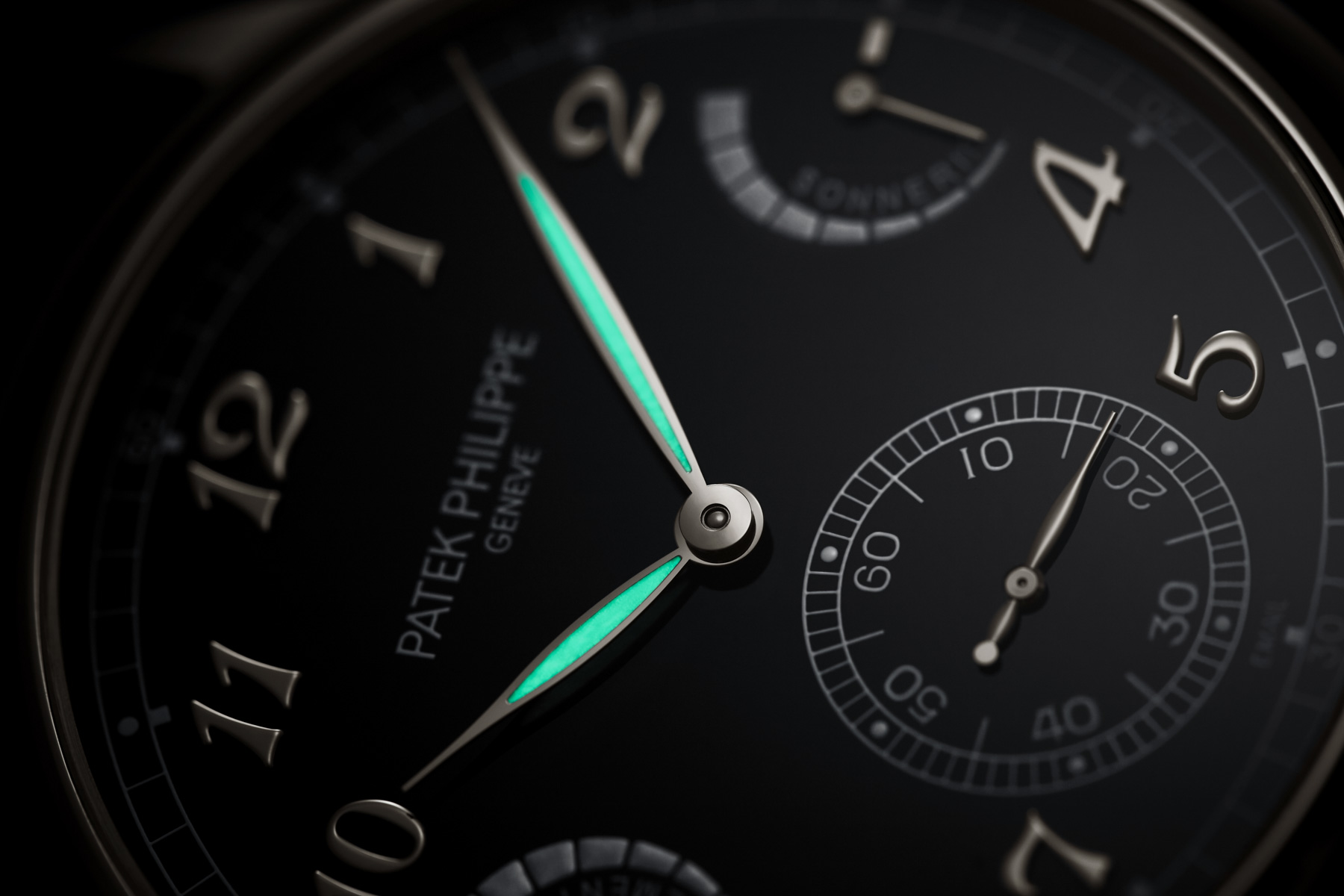 The case design clearly leans into the demure, which is an inherently typical Patek decision that also underscores that this piece is meant to be heard above anything else. Measuring 44.8mm-wide and 12mm-thick, this is a remarkably svelte and piece that leans into the stealth provided by a platinum case. Other than the pusher in the crown, the slide switch at 6 o’clock, and the inset diamond found on all Platinum Pateks, there is not much in the way of frivolous embellishments here. This goes for the dial as well, which is done in a grand feu black enamel with white-gold applied Breguet numerals, an 18k gold dial plate, and white-gold leaf-shaped hands. In a very quirky and unexpected move, Patek chose to apply lume to the hands, which is ironic due to the fact that chiming mechanisms were developed to tell time in the dark. Considering how discreet and reasonably sized this watch is, the owner may actually, you know, wear it and want to know the time when it’s dark. So, good on Patek, I say.

The Patek Philippe 6301P Grande Sonnerie is a late-year drop by Patek that is an absolute stealth masterpiece that I really hope to get my hands on soon. It is also price by request, which I would safely put in the seven-figure-plus category. You can learn (and hear) more at patek.com.