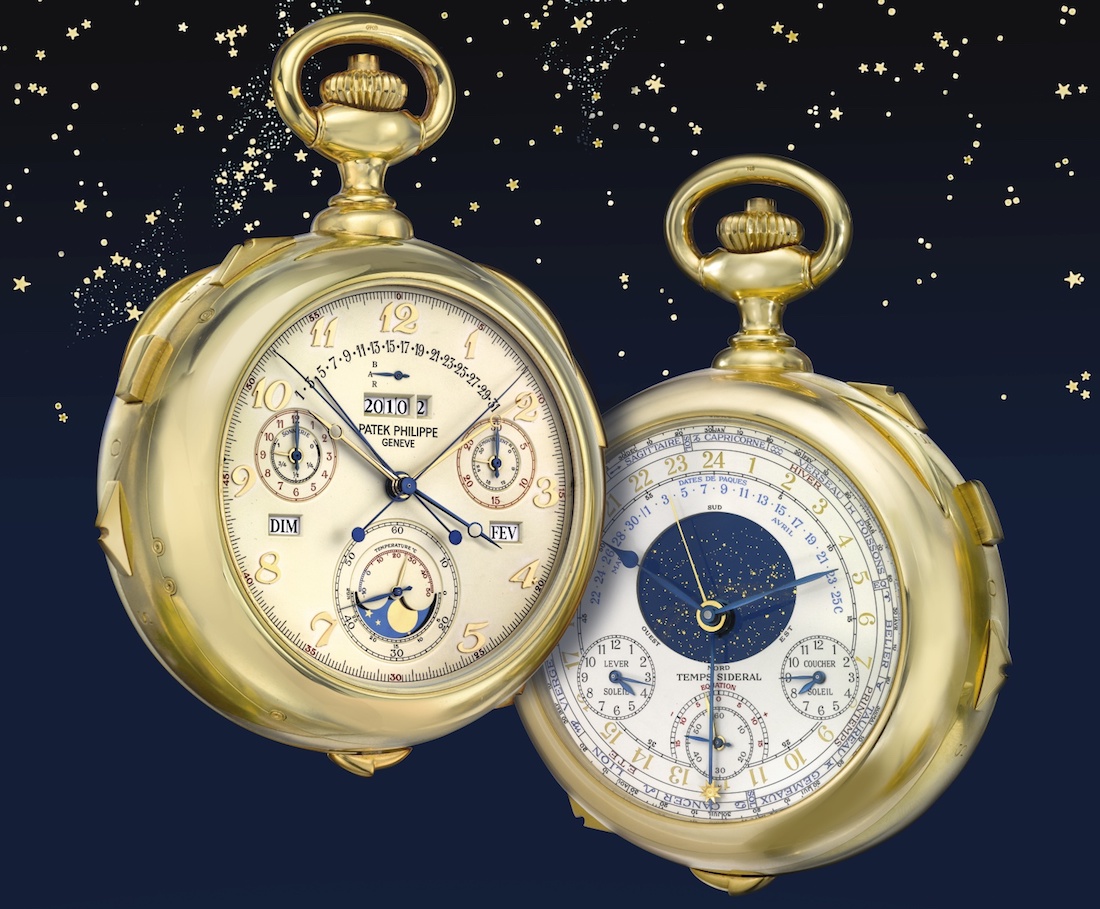 Watches, regardless of whether they were designed to be worn on one’s wrist or carried in the pocket, can be unbelievably complicated, irresistibly desirable and, consequently, very expensive. The best of the best, one is often led to believe, are the ones fetching top prices either by selling well above the suggested retail price in stores, selling out online in a matter of hours, or fetching stratospheric prices at auctions. However, desirability and, hence, perceived value are just that: perceptions, and they can change rapidly – as was last testified when one of four ever Patek Philippe Caliber 89 Grand Complication pocket watches quietly failed to sell a few days ago at the Sotheby’s May 14th, 2017, “Important Watches” auction in Geneva. 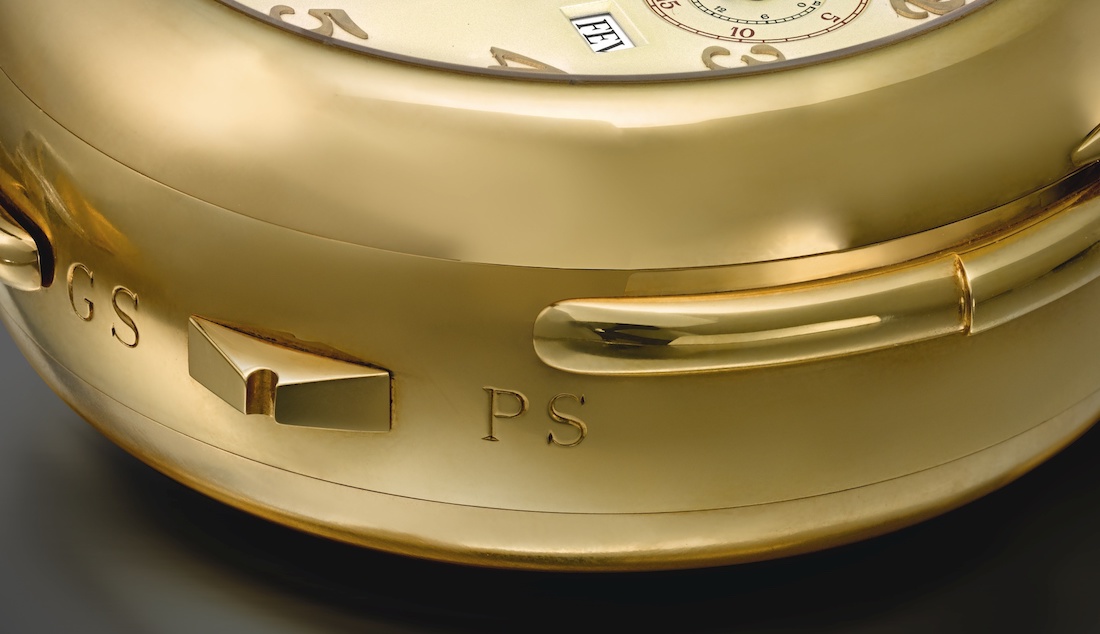 Normally, this wouldn’t be anything out of the ordinary. After all, not all watches will find buyers at auctions but, then again, the Patek Philippe Caliber 89 is not an ordinary watch but one previously boasting innumerable records. Let us familiarize ourselves with it once again and then discuss some of the details on why it may have failed to change hands. 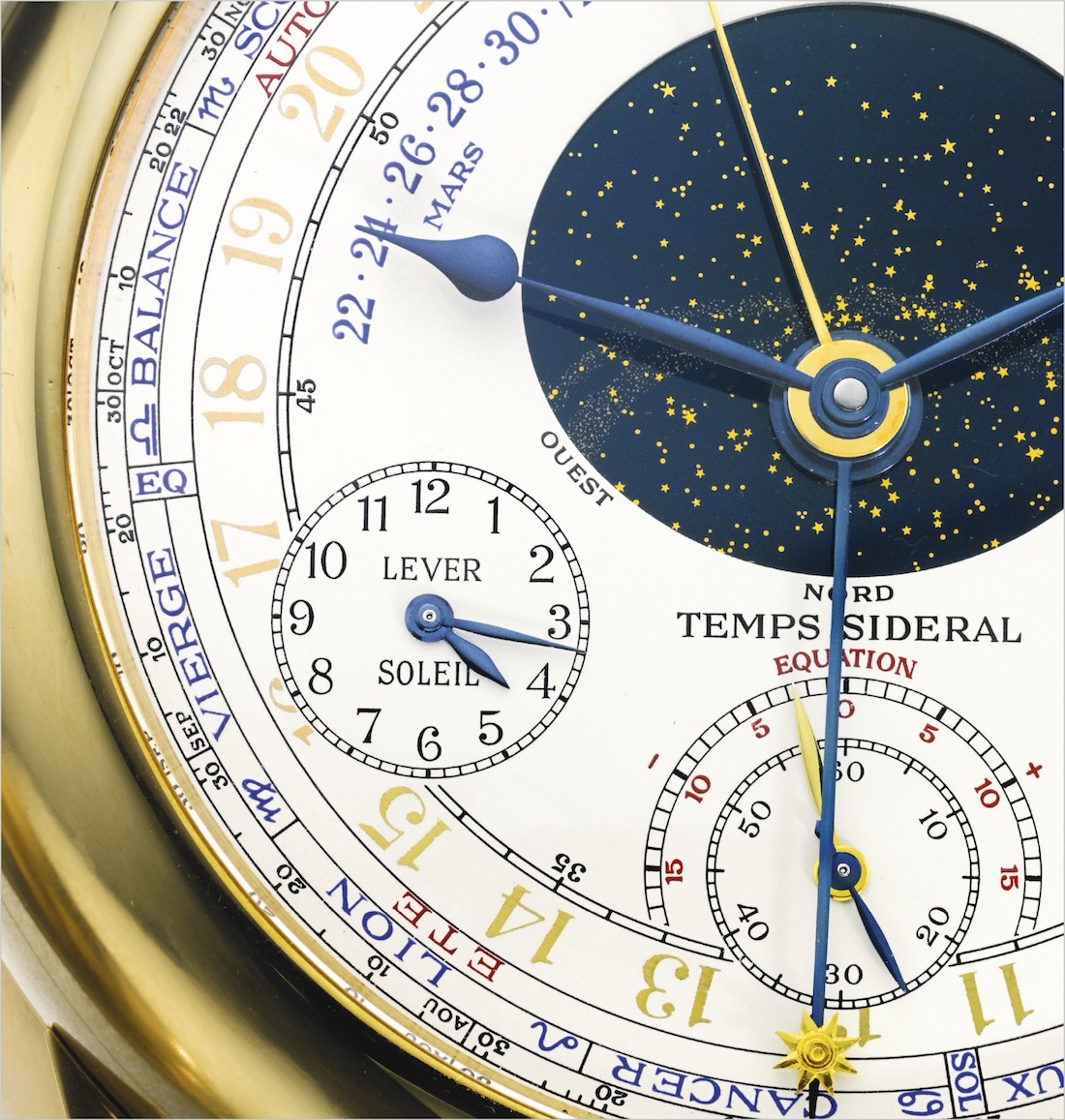 The Patek Philippe Caliber 89 pocket watch made its debut in 1989 to celebrate the company’s 150th anniversary, following some 9 years of research and development. Patek Philippe only ever made 4 Caliber 89 watches, one in each precious metal; yellow gold, white gold, rose gold, and platinum. At the time of its conception, it was the most complicated watch in the world, a title it held for about 26 years until Vacheron Constantin introduced the Reference 57260 in 2015. 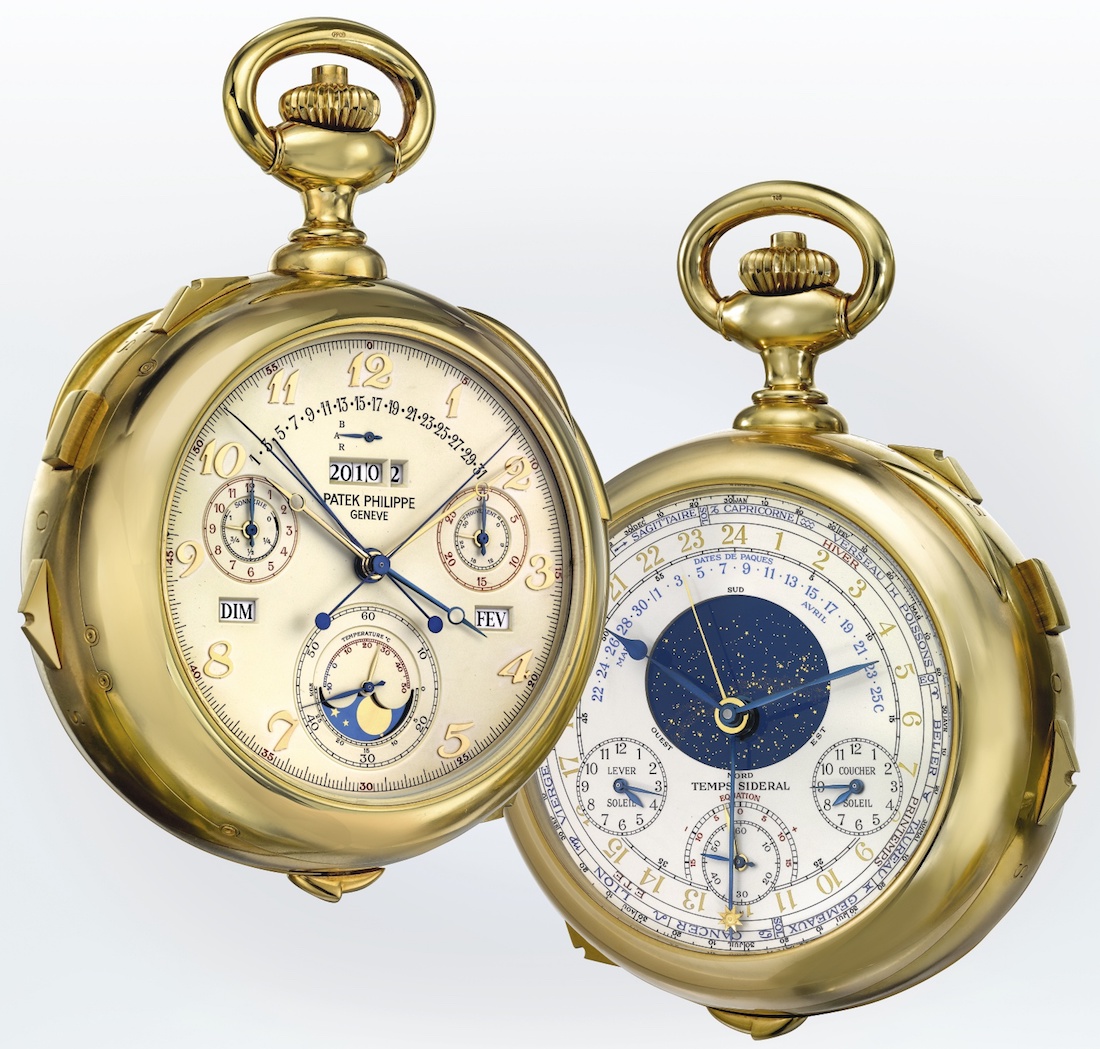 This Patek Philippe Caliber 89’s massive, 88.2mm-wide yellow gold case weighs well over 2 pounds at around 1.1 kilograms and encapsulates a staggering total of 1,728 components to power its 33 complications. These are distributed over two dials and a number of pushers and sliders on the side of the case. Apart from the “usual complications” like a perpetual calendar, moon phase display, grande and petite sonnerie, a tourbillon, and a chronograph, the Caliber 89 also has more unusual complications like a star chart, seconds in meantime, sun hand, date of Easter (a world first, patented by Patek Philippe on December 13, 1985), and even a thermometer. It was and of course still very much is a marvel of fine mechanics. 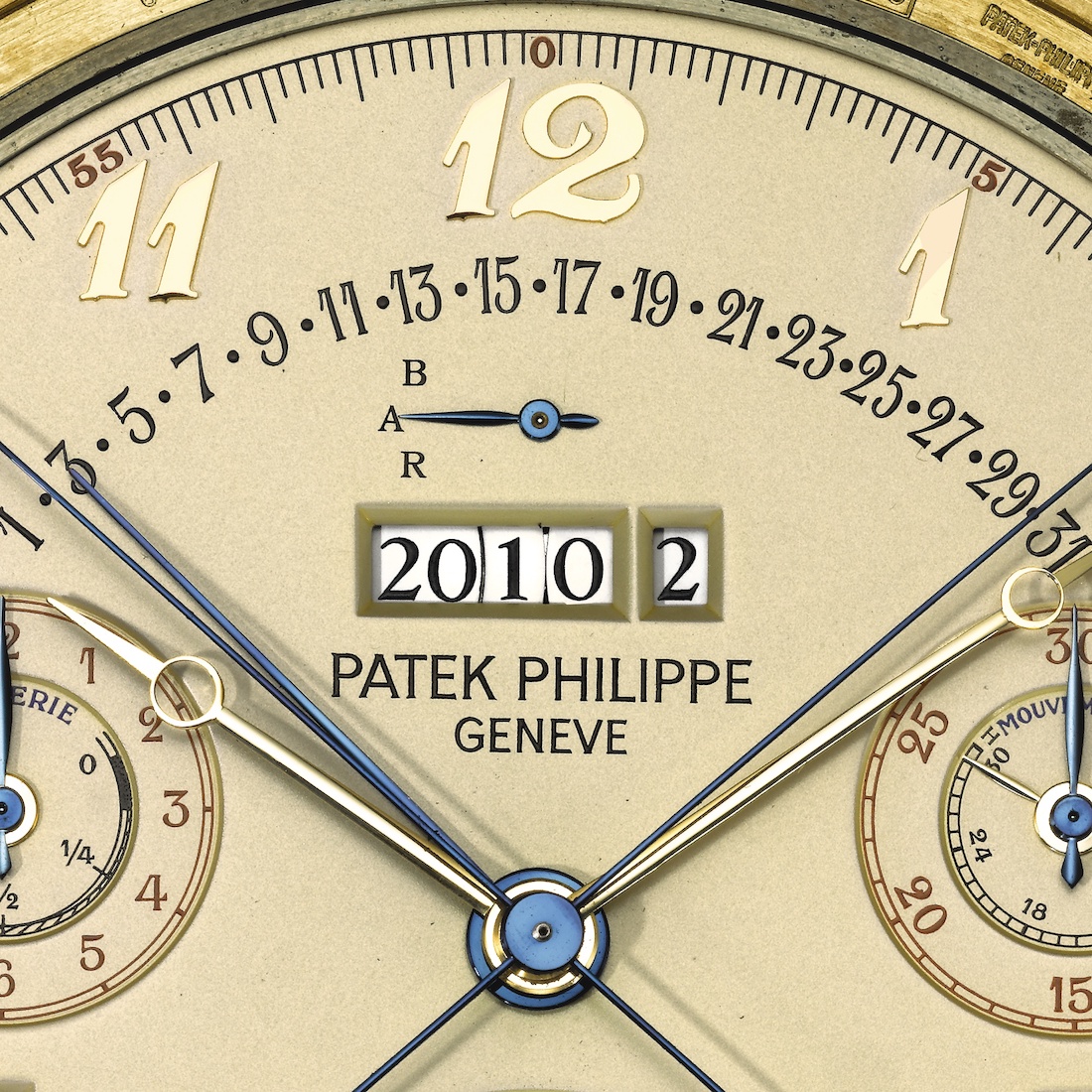 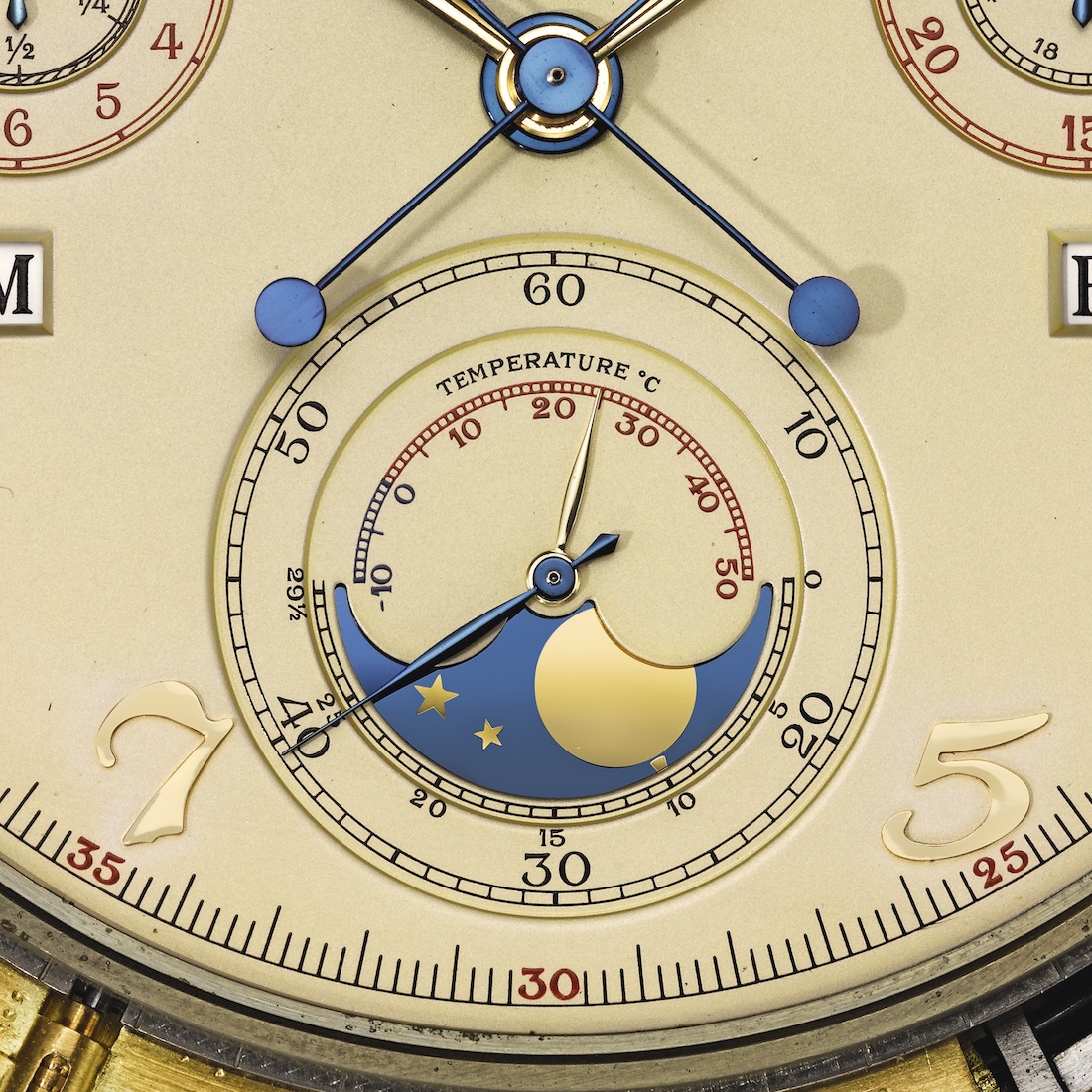 There can be no question that this is one incredible watch, destined to forever remain among the finest ever produced – this much we have established. So, what could have possibly gone wrong to keep it from a successful sale at an auction where some other records – namely those for Rolex watches – have been greatly surpassed? 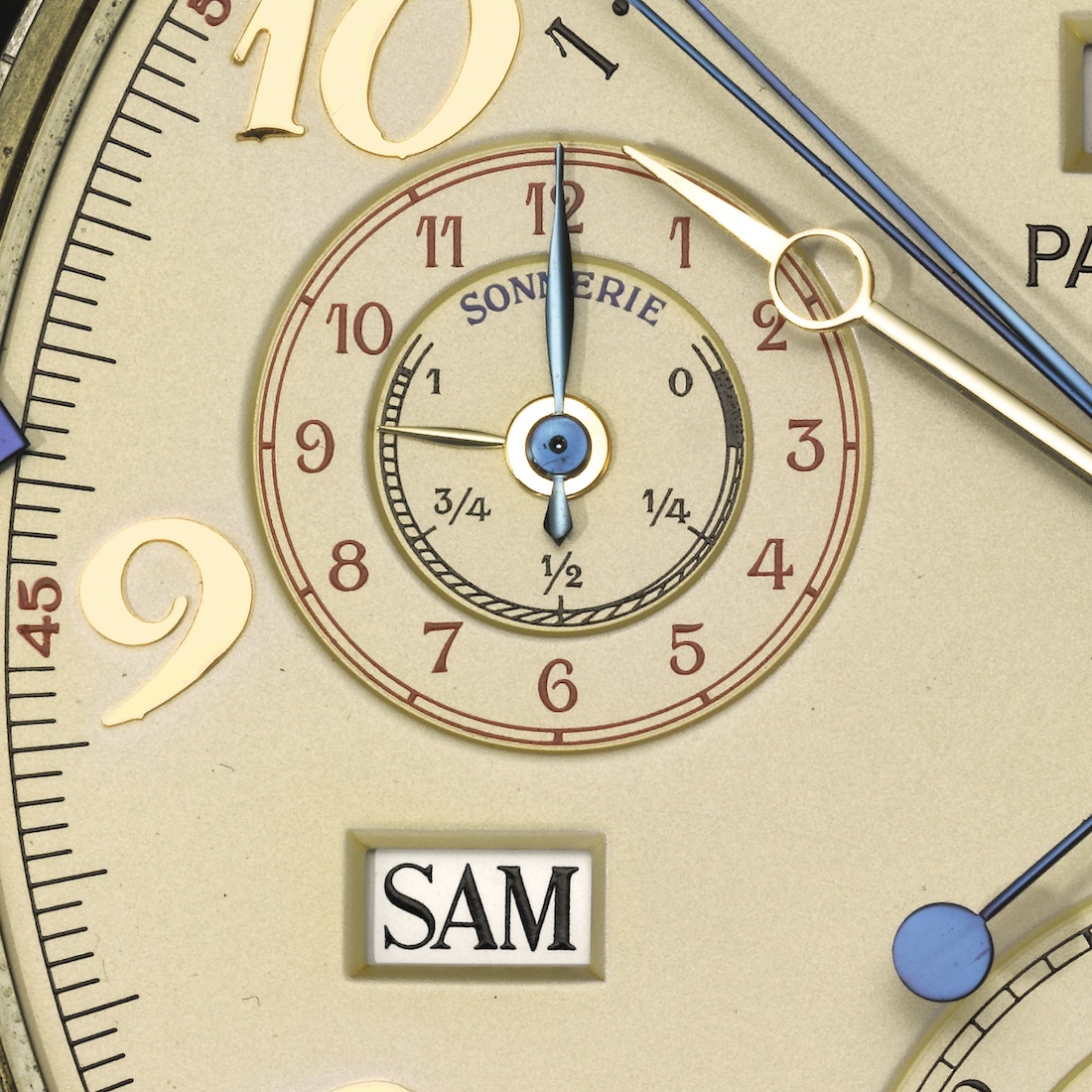 Patek Philippe has produced just one Caliber 89 in every precious metal – this one, obviously, is in yellow gold, while there are a total of three others in white and pink gold and platinum. This makes tracking the pieces even easier – though auction houses always provide individual serial numbers. When you see a yellow Caliber 89, it is always the exact same watch that you are seeing – unless another one gets miraculously discovered, as has happened with some other “mega-rare” Patek Philippe pieces in the past. 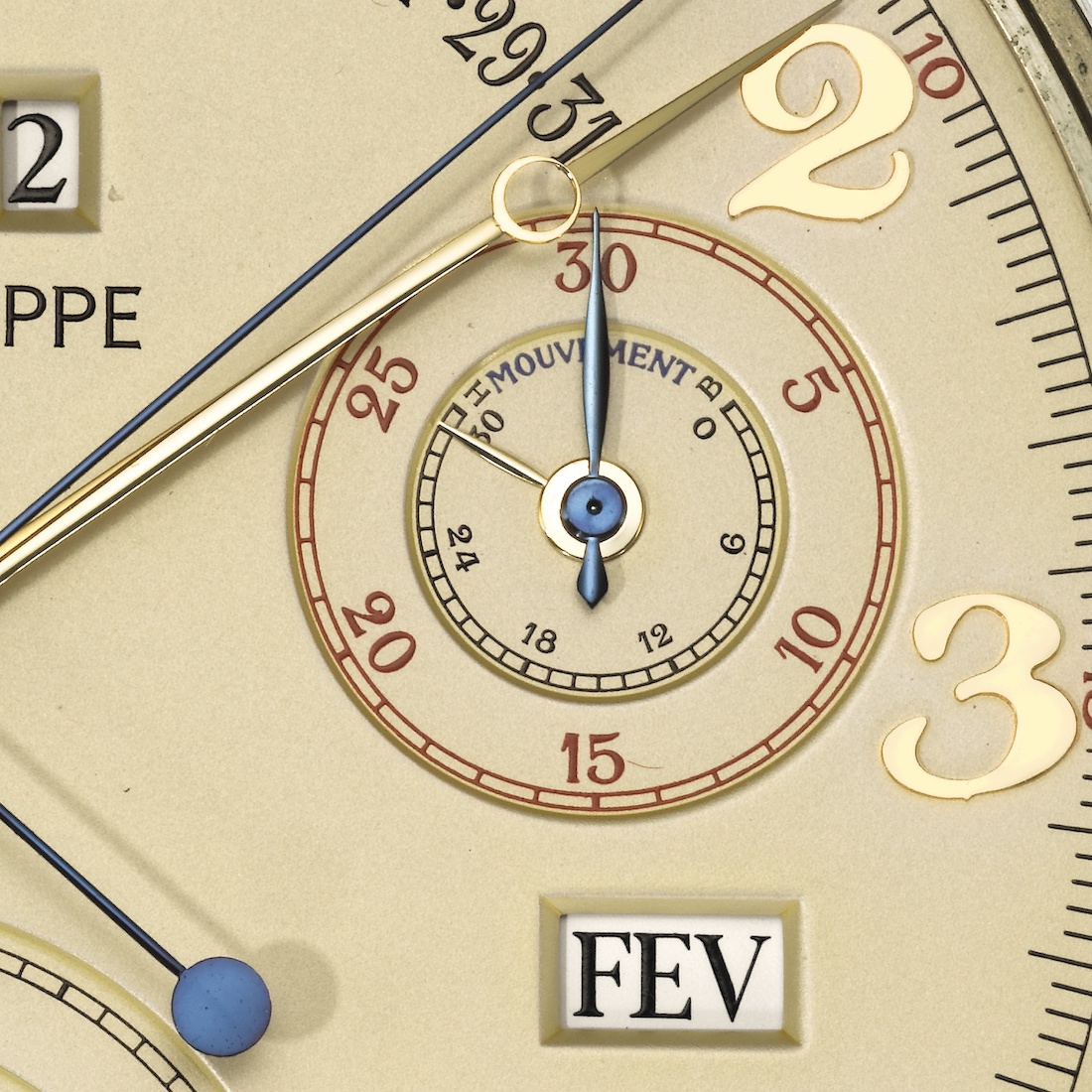 As such, this very watch exchanged hands when Christie’s sold it back in 2009 for a hefty sum of CHF 5.12 million. That having been eight years ago, the Sotheby’s estimate of CHF 6.5 million to CHF 10 million for the Patek Philippe Caliber 89 in yellow gold, might not have appeared too outrageous for many. When the time came, however, the Caliber 89 failed to sell, despite, again, many other records being set the same day. General buying interest, then, was there, but when bidding opened at CHF 5.9 million, the response was lackluster. The price was nudged upwards at increments of 50,000 Swiss francs by the auctioneer, but none came forward when the price finally reached 6.45 million Swiss francs, which was just shy of the low-end estimate placed by Sotheby’s of 6.5 million Swiss francs.

Interestingly, the Caliber 89 was also offered for sale almost exactly a year ago through Christie’s as a consignment, but a buyer apparently was never found for the $11 million asking price – though, reportedly, they were open to hearing offers on it. 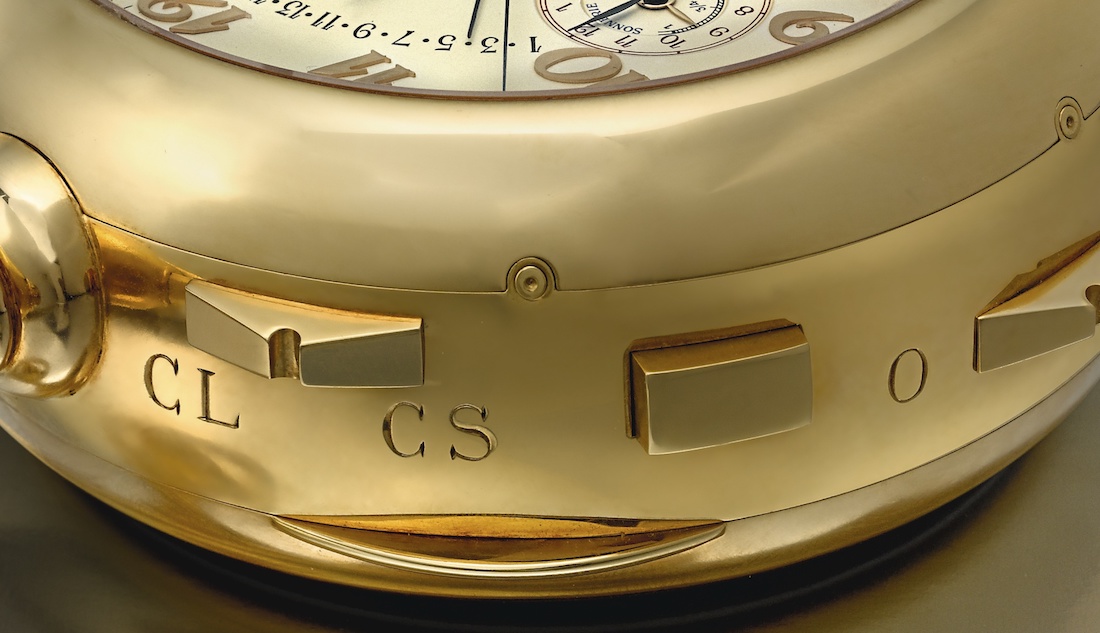 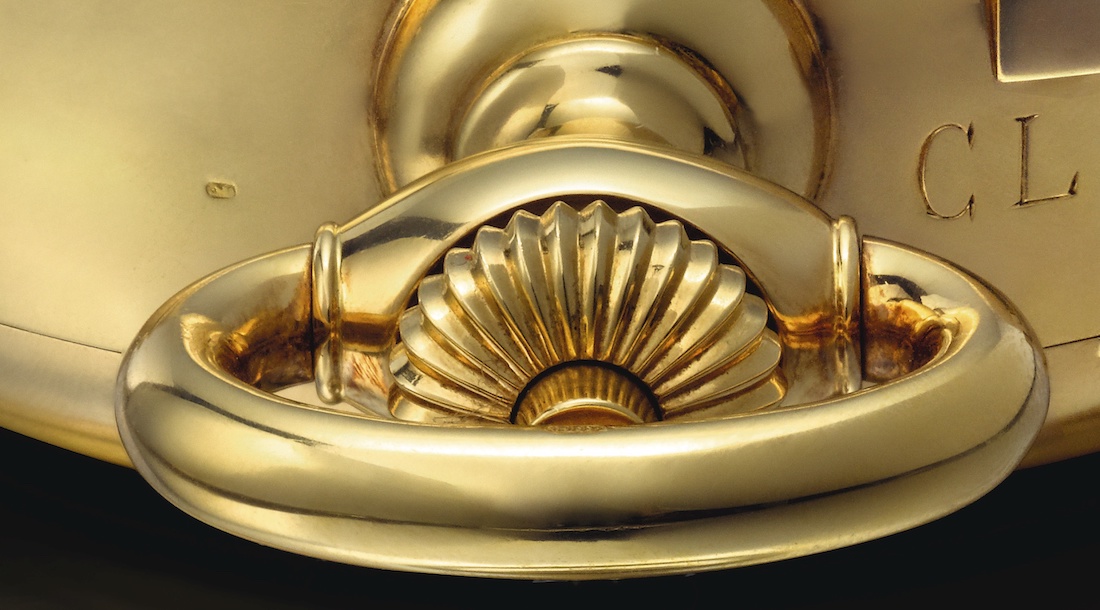 Some of the factors to consider when contemplating the reasons behind this failed sale are as follows. First, this piece is no longer a record-holder. Its long reign as “the most complicated” timepiece of them all has ended. Second, although it is more complex than the “Supercomplication” that Patek Philippe produced some six decades earlier, the fact that four and not one of them exists also takes away some of its relative desirability – the Supercomplication was and is a one-time, unrepeatable effort. 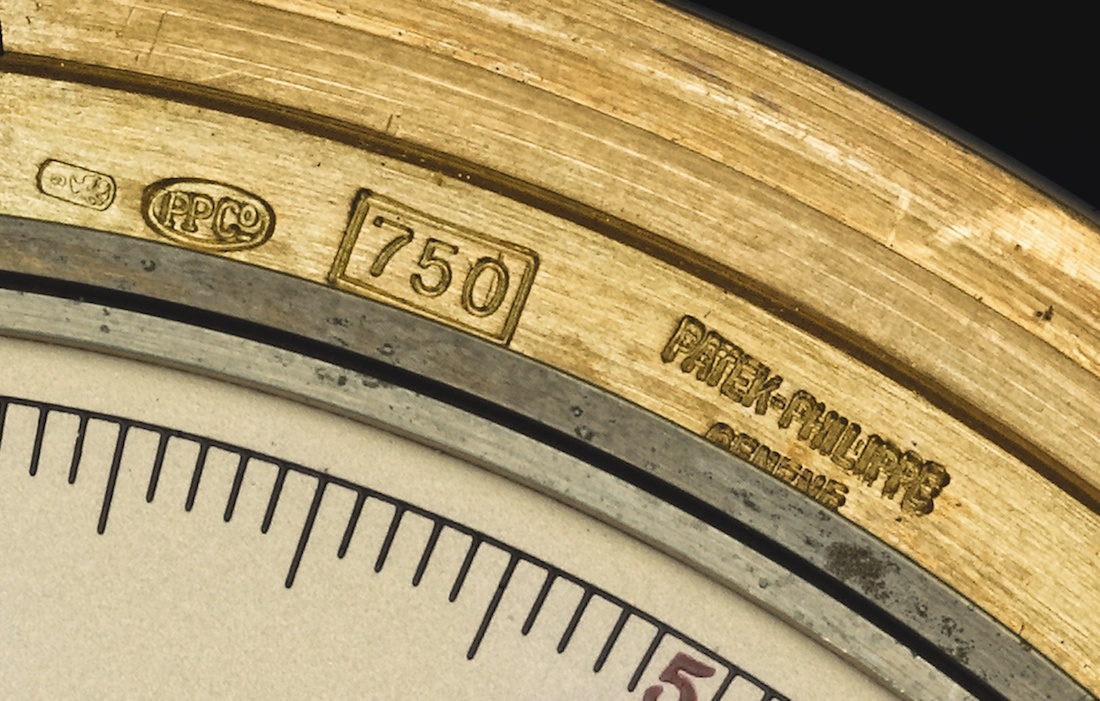 Third (and this matters most), as amazing as this Caliber 89 may be, it has unquestionably been “shopped around.” As we mentioned above, the power of perception is incredible, and when a piece of this caliber makes it onto the market this many times in a decade – yes, a decade is a relatively moderate time frame in these rare cases – it loses a lot of its desirability, and that is especially true if it fails to overcome its previous record, let alone not sell at all. 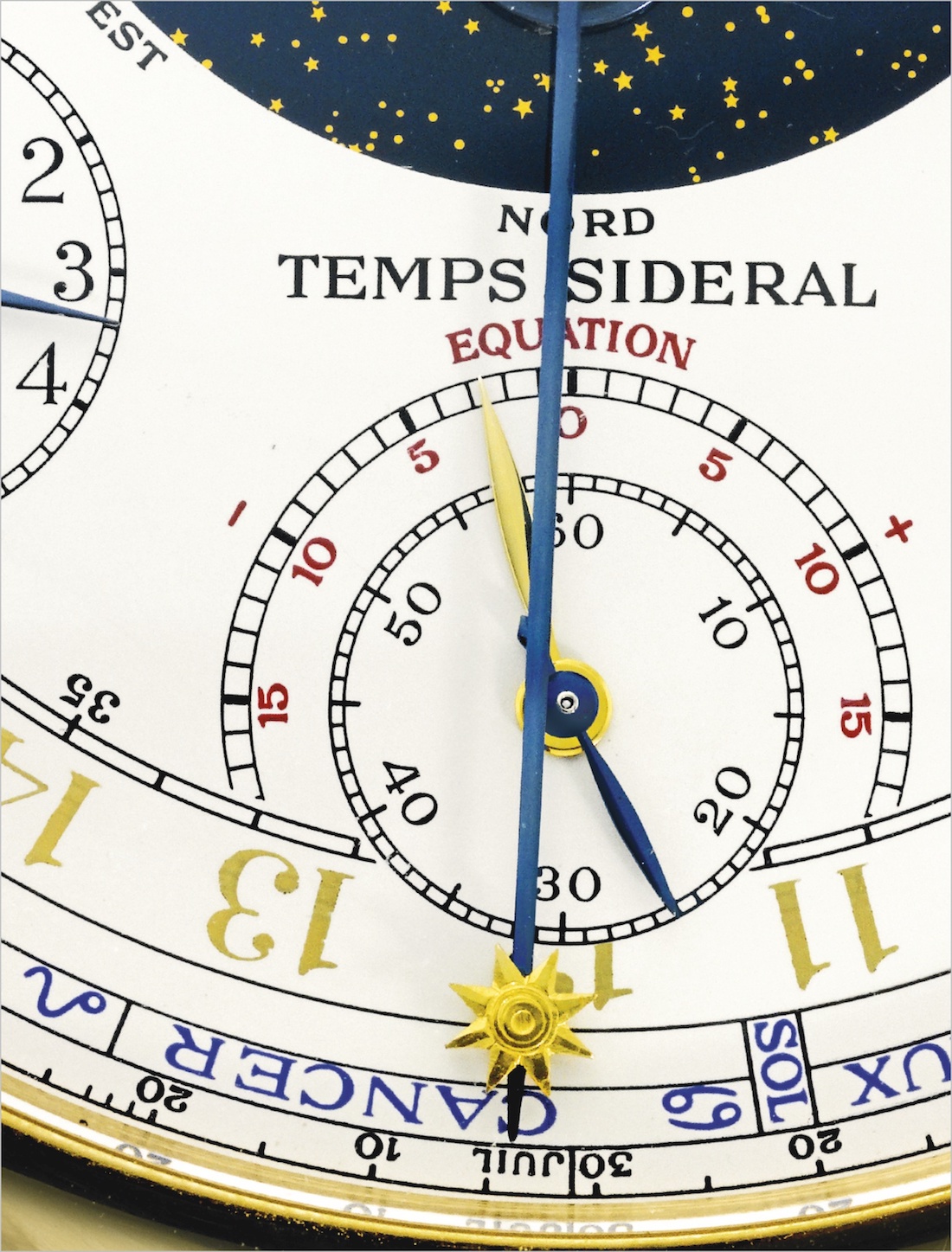 On this note, investors have to trust these vehicles for their investments. They, just like real money, can suffer severely from inflation when their availability on the market increases. While that estimate of 6.5 to 10 million Swiss francs sounds good, and would in some way fit into the pattern of most “blue chip” pieces constantly breaking records, because this Caliber 89 has been shopped around so much, investors knew that whoever ends up with it will not be able to put it on the market any time soon if and when he or she desired. 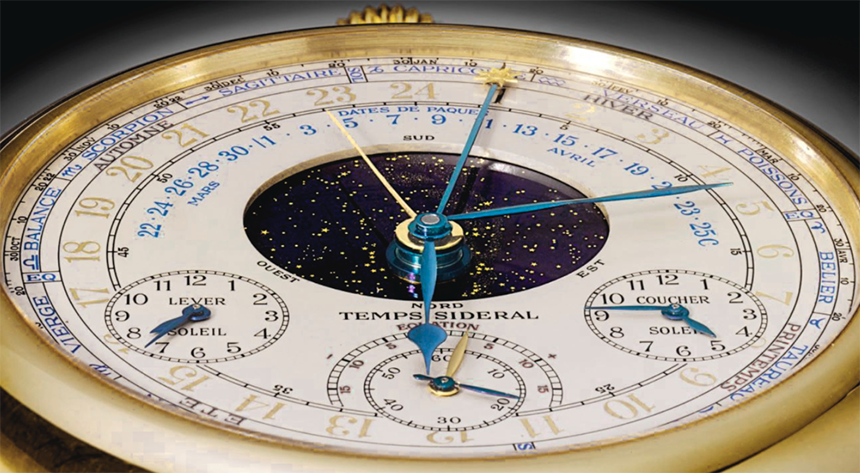 The Patek Philippe Supercomplication resurfaced after its 15-year hiatus from the spotlight (read that incredible story here, as it just shows another side of auctions when some are allowed to bid however much they want and can end up not paying for over a decade), and in 1999 it “sold” for $11,002,500. Then, upon its 2014 re-appearance, it went for way more than that at $23,984,106. Now, ask yourself what it would do to its value if the watch were to re-appear on the auction scene now, so soon after its previous exchange. How would that affect its value? For more thoughts on this fascinating, but also extremely volatile universe, check out Ariel’s feature article from 2014, titled 10 Things You Should Know About Wrist Watch Auctions. 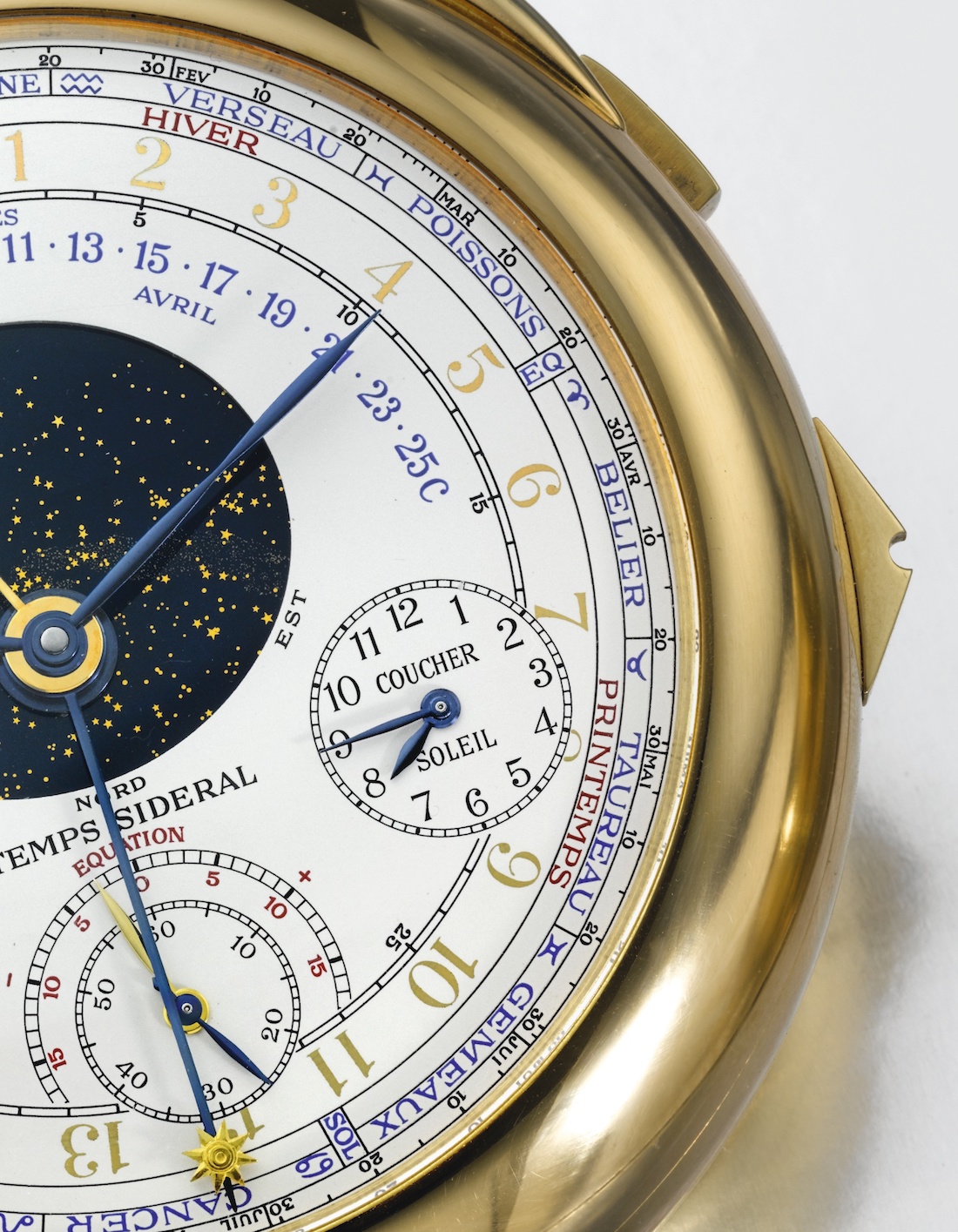 So, what is left for this and the other three Patek Philippe Caliber 89 pocket watches? From the looks of things, it doesn’t bode quite so well for the watch and seller. Having failed to sell this publicly in two consecutive years will no doubt affect the appeal of this watch, creating a new chance for opportunistic buyers to try and acquire a piece of watchmaking history by making an offer. However, it may be true that time heals, as we are so often told and, chances are, the Caliber 89 will be back setting records once more – just don’t hold your breath. sothebys.com