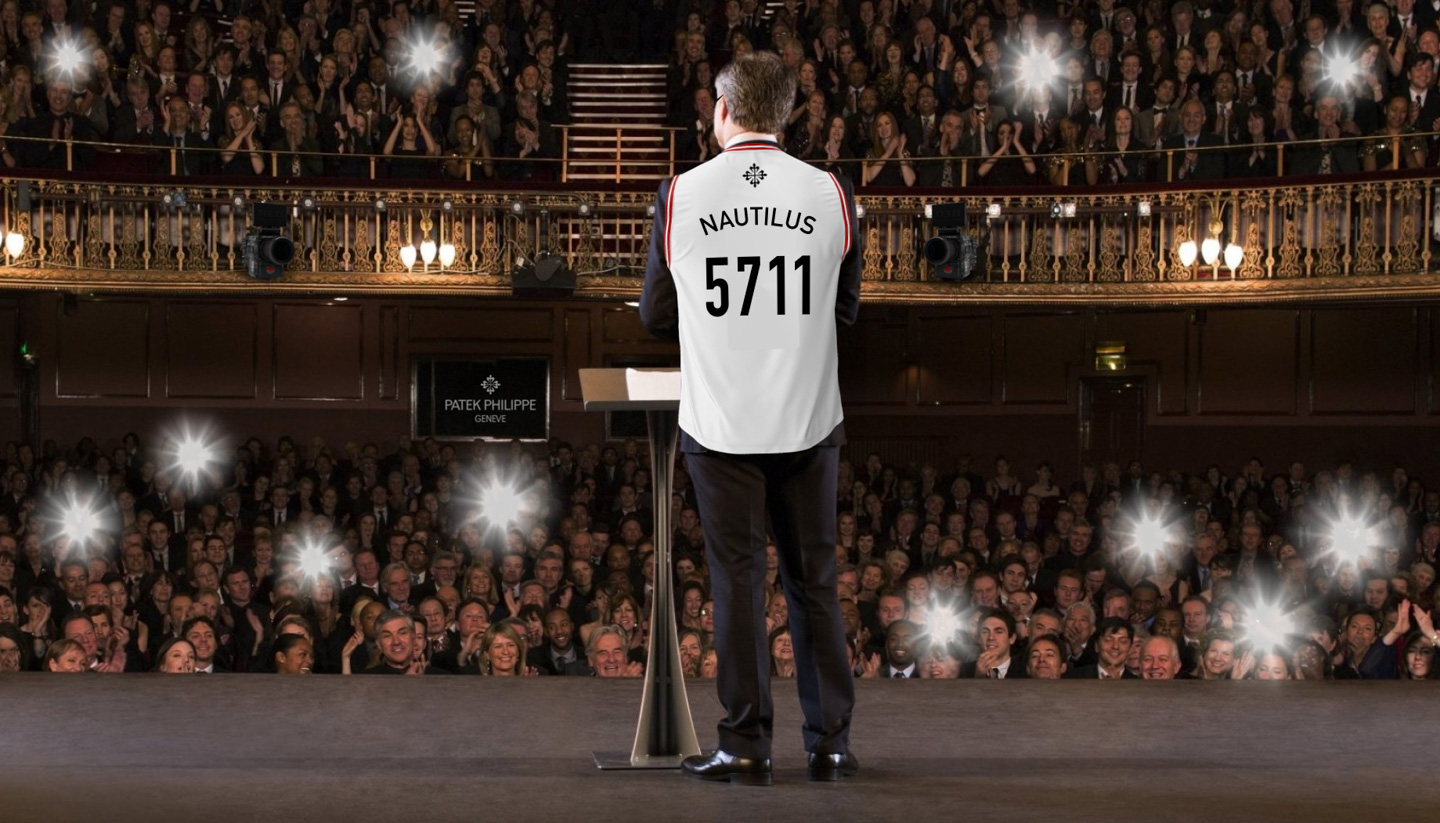 Geneva-based Patek Philippe — one of the world’s most respected and demanded luxury watchmakers — has just announced plans to cease retail watch sales, at least temporarily. The company will not stop producing watches, but it will no longer sell them in a retail store environment. Patek Philippe appears to be responding to current volatile luxury market conditions by removing itself entirely, at least for the time being. Patek Philippe brand stores will remain in operation, but to serve a different task aside from selling Patek Philippe watches.

Patek Philippe President, Mr. Thierry Stern, stated, “Today, we announce the bold move to put an indefinite pause on the retail sale of our timepieces. We are a family company, a traditional company, a conservative company. We have always prided ourselves on being guided by the market and responding to the needs of our clients around the world. The feedback we are receiving is that many people are not enjoying the process of buying luxury watches anymore, particularly the Patek Philippe brand, which some people claim are very stressful to purchase. This is a shame. It is my understanding that, after announcing an end to the production of one of our older steel watches, demand for this product actually went up! This must be some type of misunderstanding. Our message to customers is that we want them to buy other things that we make. Clearly, the Patek Philippe brand values and traditional way of approaching retail sales need to be reexamined. For now, Patek Philippe will pause retail store sales of our watches…” 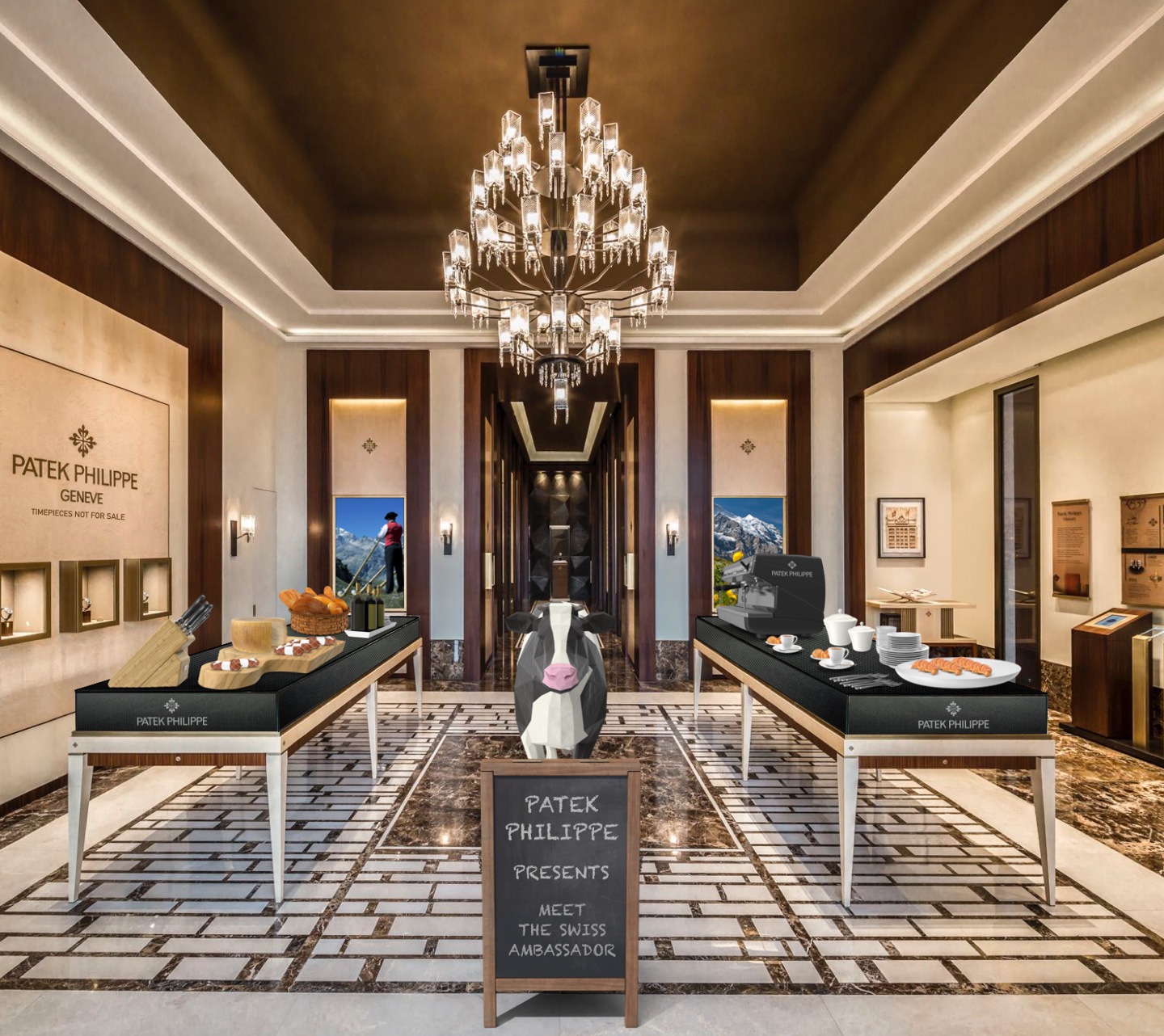 Mr. Stern went on to clarify, with a chuckle; “Please don’t interpret this announcement to mean that Patek Philippe will stop making watches. This news has no effect on our wristwatch design, development, and production operations. Patek Philippe watch manufacturing will continue as before. What we are not doing is selling them via our retail channels. Why? Well, for one thing, we have a great number of back-orders to fulfill. We could probably spend the next decade producing watches without having to take too many new orders. Second, we want to focus on our existing loyal clients who, for many years, have wanted us to take on special orders. We’ve had to say ‘no’ too many times. This is disappointing. We can take at least a few years to experiment and try something new. Do you know how long it’s been since anyone has been able to paint electric orange on a watch at our company? Financially, Patek Philippe is in good shape, being a neighbor to other companies like our Swiss private banks who are designed to wait out periods of major global economic turbulence. The pandemic is not a problem for Patek Philippe. We feel comfortable closing our stores because demand is good and our factory is busy. Selling watches has never been our favorite part of the business, anyway. It is not very luxurious, you know?”

News of Patek Philippe retail sales stopping shocked some retailers but was more predictably received by fans. A popular social media pundit remarked, “Now, demand for Patek Philippe watches will go up even more. You heard Mr. Stern, they are still going to sell watches, but you have to be an insider to get one. The stores probably spent too much of their time trying to appease angry would-be 5711 buyers. The retail side of the watch industry is also experiencing a reckoning when it comes to how to do business in the Internet age. Patek Philippe probably wants to lay low until someone else figures it out.” 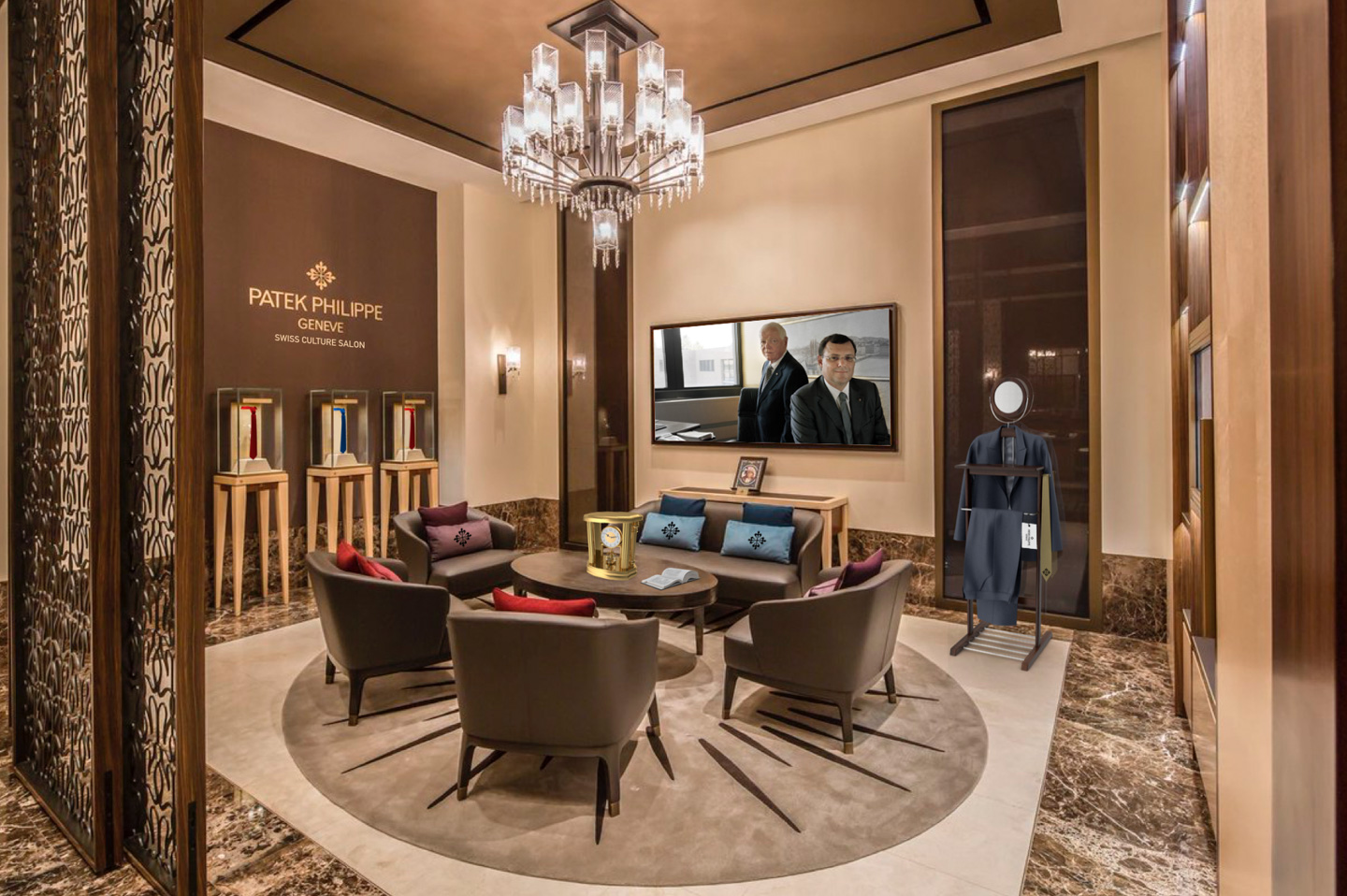 Until recently, Patek Philippe sold most of its watches via dedicated Patek Philippe brand boutiques around the world. This followed a period of retail consolidation in which buyers would decreasingly find Patek Philippe watches sold in stores with other brands. The Swiss company was already moving in the direction of restricting, not expanding, its retail presence. And then came the pandemic. In past interviews, Patek Philippe was often proud of its enduring conservative outlook on doing business. It attempts to excel at tried-and-true concepts, while keeping elegance alive rather than inventing new dreams. This has been a winning strategy for Patek Philippe, but it also pushed the brand (and companies like it) to retreat to eras in which business was a more private affair amongst well-connected clients and their friends.

If the retail market for luxury goods seems volatile — which it no doubt does right now — then more companies like Patek Philippe might opt to simply retreat from the retail market, at least temporarily. Luxury brands tend to open retail stores not to increase sales so much as to better compete in a highly competitive environment. Stores and staff are expensive and complicated to run. Patek Philippe withdrawing from retail sales might simply be how conservative Swiss companies respond to a low-competition environment.

While the number of watches priced competitively to Patek Philippe products is not insignificant, that doesn’t seem to have weakened the company’s resolve to halt selling watches to customers it doesn’t know. It begs the question of how demand for Patek Philippe watches will be satisfied. Could the price of glorified watches such as the steel Nautilus go even higher? 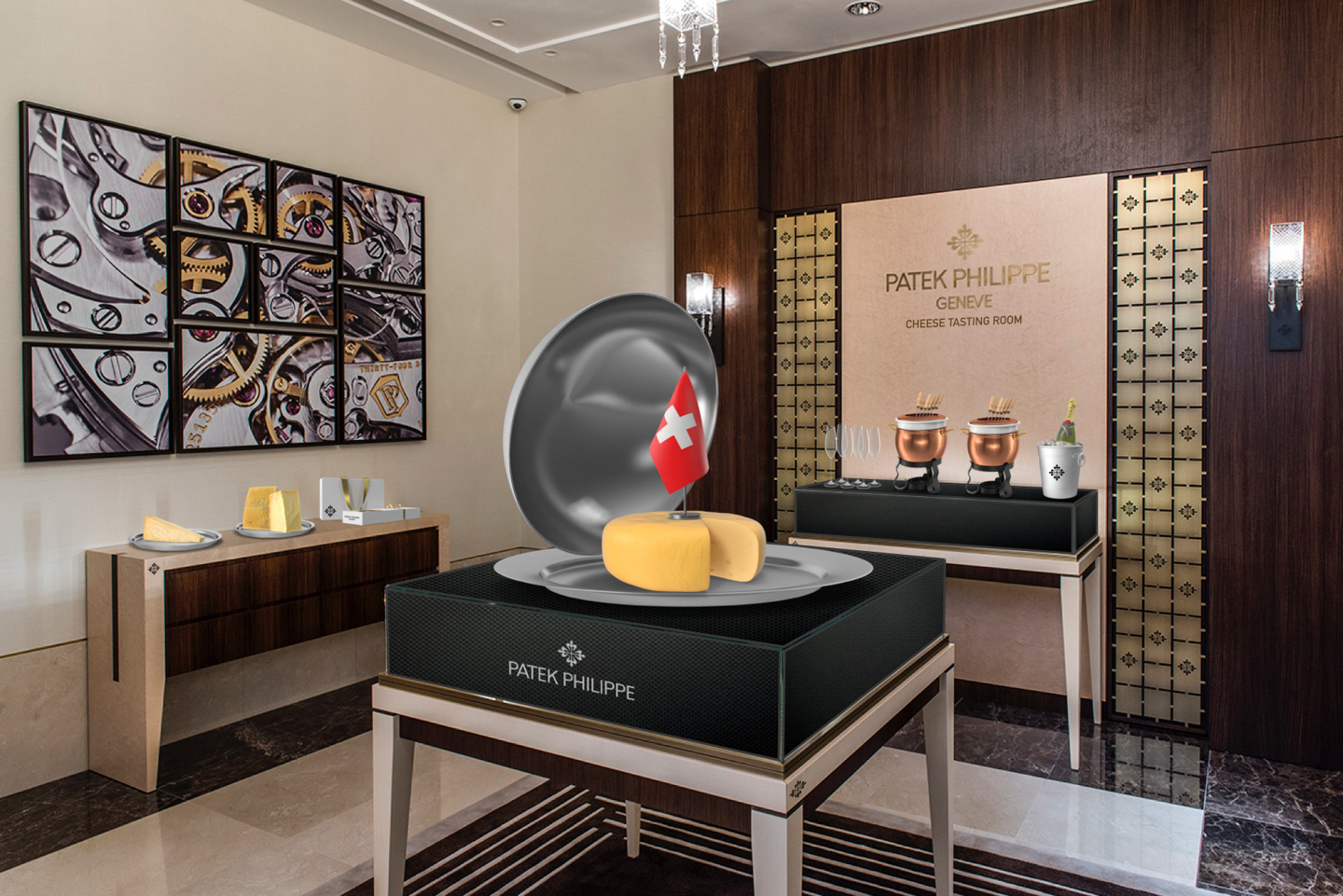 There is a business strategy in Patek Philippe’s move if a company has the wherewithal to go without market growth for a few years running. In the long-run, Patek Philippe can appreciably increase demand for the brand by simply leaving the retail party, then returning later on with an unexpected encore. Companies that also make luxury watches, such as Cartier, have used this strategy to typically great effect. The idea is that if you take a popular product off the market, even at the height of demand, it will create even greater demand because of product scarcity. By allowing a market to pine for supply for a number of years, a brand can re-enter a market ripe with demand several years later and really profit. That means consumers might welcome the return of Patek Philippe down the road with a brand new Nautilus — greeted by (ideally) throngs of buyers ready to immediately commit cash.

For now, Thierry Stern and Patek Philippe are making no comments about future plans. They are, however, directing media attention to what will be done with many of the Patek Philippe brand boutiques around the world. While some stores will close, Patek Philippe isn’t planning on closing the majority of them. In tandem with the Swiss government, Patek Philippe stores will become “Value Salons,” where the maison of Patek Philippe will be able to export its cultural values, which will naturally be echoed in select other Swiss-based products, services, and cultural attributes. “We aren’t ruling out the sale of neckties and apparel, either,” states Mr. Stern. For a number of years, Patek Philippe has been a prolific creator of men’s neckties and decorative ceramic tabletop ware. To my knowledge, Patek Philippe has never sold these items but rather gives them as retention gifts. Patek Philippe retail stores will continue to display “not for sale” watches, given the key importance of this product to the brand. To also sell silk ties to visitors to a Patek Philippe Values Salon doesn’t come across as particularly out of place anymore. 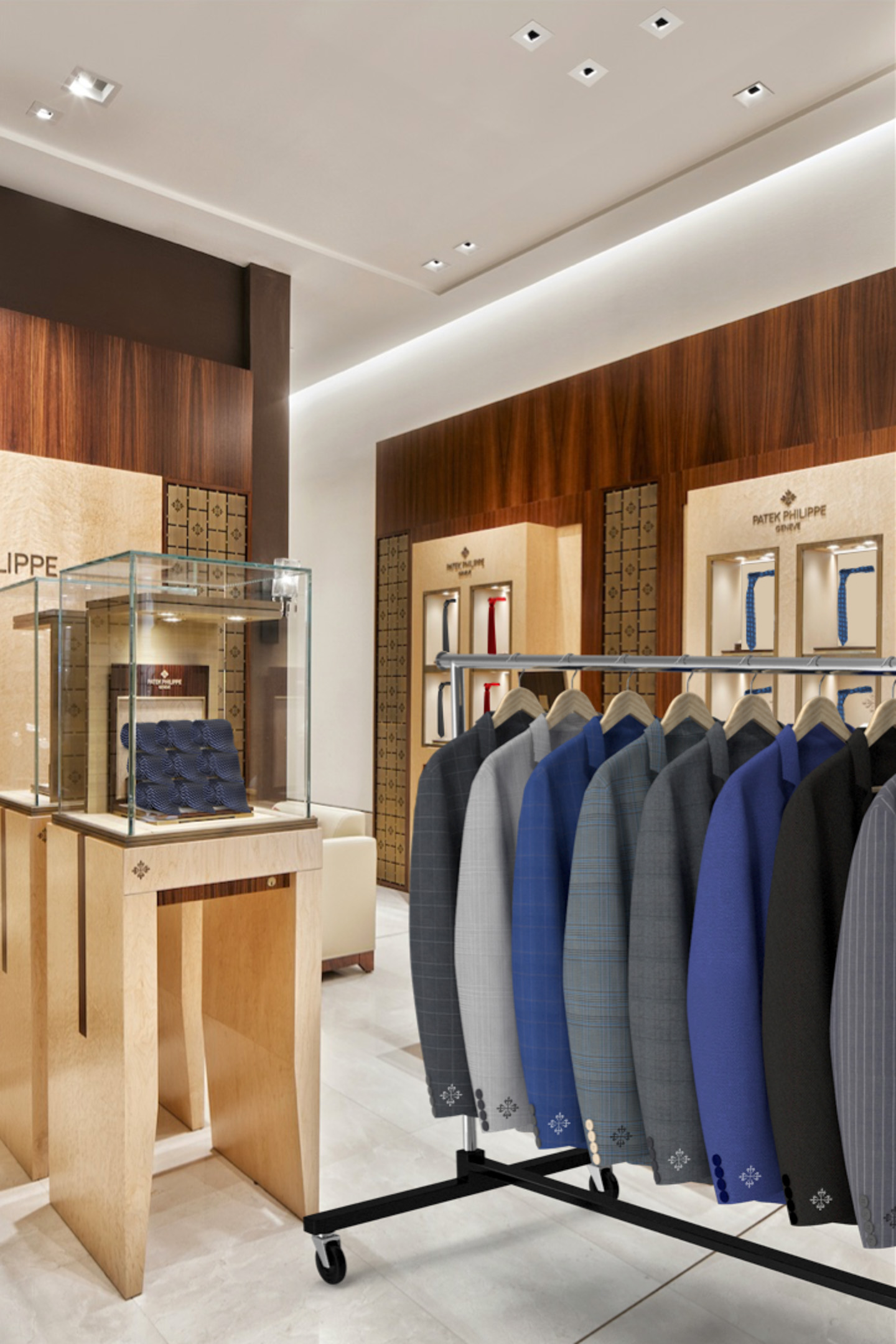 Ever polite, Patek Philippe’s Thierry Stern and team will not echo some of the more sobering sentiments made by more outspoken members of the luxury industry. “There aren’t any more parties to go out to. Not enough fun. Who is celebrating anymore? The whole point of being in retail and actively marketing your company is to meet people and go to cool places,” says a Swiss watch brand manager who would prefer not to be named. Due to the pandemic, the typical party atmosphere surrounding the consumption of luxury products has mostly entirely evaporated. There aren’t places to meet new clients, and there aren’t places for brands or consumers to show off.

While Patek Philippe will not use its retail space to sell watches, its ongoing business with private clients and watch repair needs mean that a significant retail presence is still useful. You just won’t be able to buy any of these watches when you visit for the foreseeable future.

Thank you for enjoying this satirical April Fool’s Day article on aBlogtoWatch. The artwork was produced by Jason Sarkoyan for aBlogtoWatch.
Advertising Message