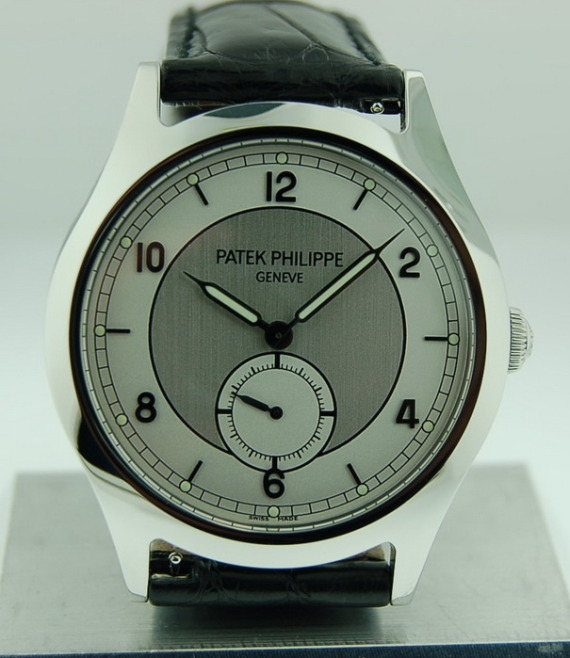 Here is a very nice classically styled Calatrava homage watch, the Ref. 5565. The watch was released as a limited edition of 300 in 2006 in celebration of the newly opened boutique (at the time) in Geneva on Rue de Rhone. On the rear of the stainless steel watch is a delicate engraving of the building with the commemorative description;  “1839 – 1892 – 2006.” A lot of history right there. Inside the watch is a manually-wound Patek Philippe manufacture, hand-made movement – the Calibre 215PS (which is simple and elegant). The size of the watch is also classic and in defiance of certain modern trends. It is 36mm wide and just 7.5mm thick. The finishing on the watch isn’t bested by any other watch on the plant. Look at the close-ups of the dial and see just how perfect everything is. The design, while simple, has that typical Patek Philippe charm. A design which is handsome and suitable for as many generations into the future as I can imagine. It really has that much staying power – to be perpetually relevant. Patek Philippe obviously has an idea of this which relates back to their motto, “You never actually own a Patek Philippe watch, you merely look after it for the next generation.” It sounds salesy, but there is a good degree of truth to it – especially considering the fact that Patek Philippe has been around a lot longer than you have, and will likely stick around long after all of us are gone (and so will the watches). 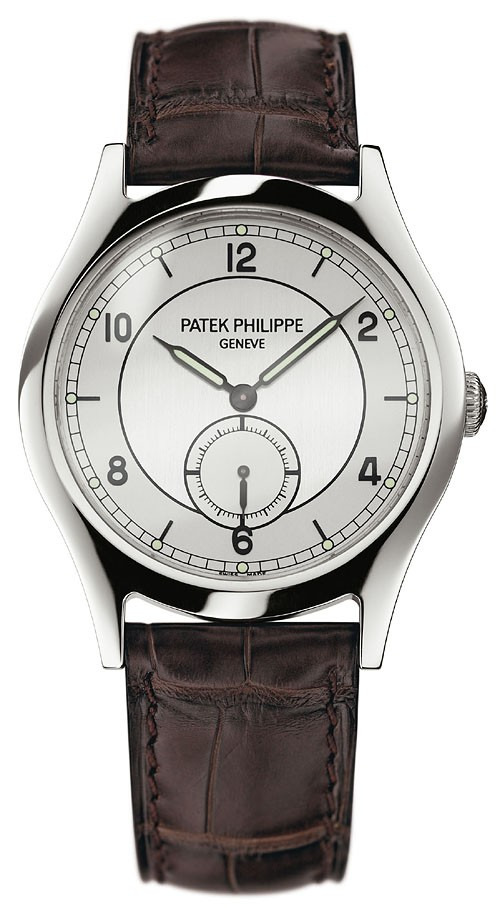 Going back to the watch as issue, this “Geneva Boutique Rue de Rhone Classic Calatrava Ref. 5565 watch is probably exactly what I want in an “everyday Patek Philippe watch.” The styling is based on the concept that early wrist watches were made for well-to-do gentlemen as status symbols (as watches cost a great deal), but were still tools. Thus the design is legible but beautiful. The center part of the dial is done in brushed steel which contrasts with the different finish on the rest of the dial. Arabic numerals are calm and effective, while the hands and hour index dots are lume filled. The subsidiary seconds dial looks like an industrial designer’s interpretation of the sun, which may or may not be intentional, but I like it.

Patek Philippe wants its watch owners to customize their watches with different straps from time to time. This watch comes with a dark brown alligator leather strap, but you’ll notice two little metal protrusions in the picture above. These are easy release levers that make it easy for you to remove and replace the straps without any tools in just a few seconds. A nice little touch for a watch that is meant to be as flexible as you are. You’ll also notice the type of box the watch comes in below, going along with the rich packaging that you get with a Patek Philippe timepiece. The original price for this watch was reasonable for a Patek Philippe at about $30,000. Because it is a limited edition and now a collector’s item, that amount is now closer to $50,000. Right now, on WatchExpo, this Patek Philippe Ref. 5565 Calatrava watch is available for about $47,000. You could easily let WatchExpo know that you are interested and I am sure they will work something out with you. In my opinion, this watch is a great beginner’s Patek Philippe or an excellent addition to a growing collection. People have commented that a watch like this costs as much as a car. True, but a watch like this takes a lot longer (likely months to manufacture, decorate, and test) to build than a car –  it is also practically guaranteed to last much longer, with not nearly the amount of maintenance.