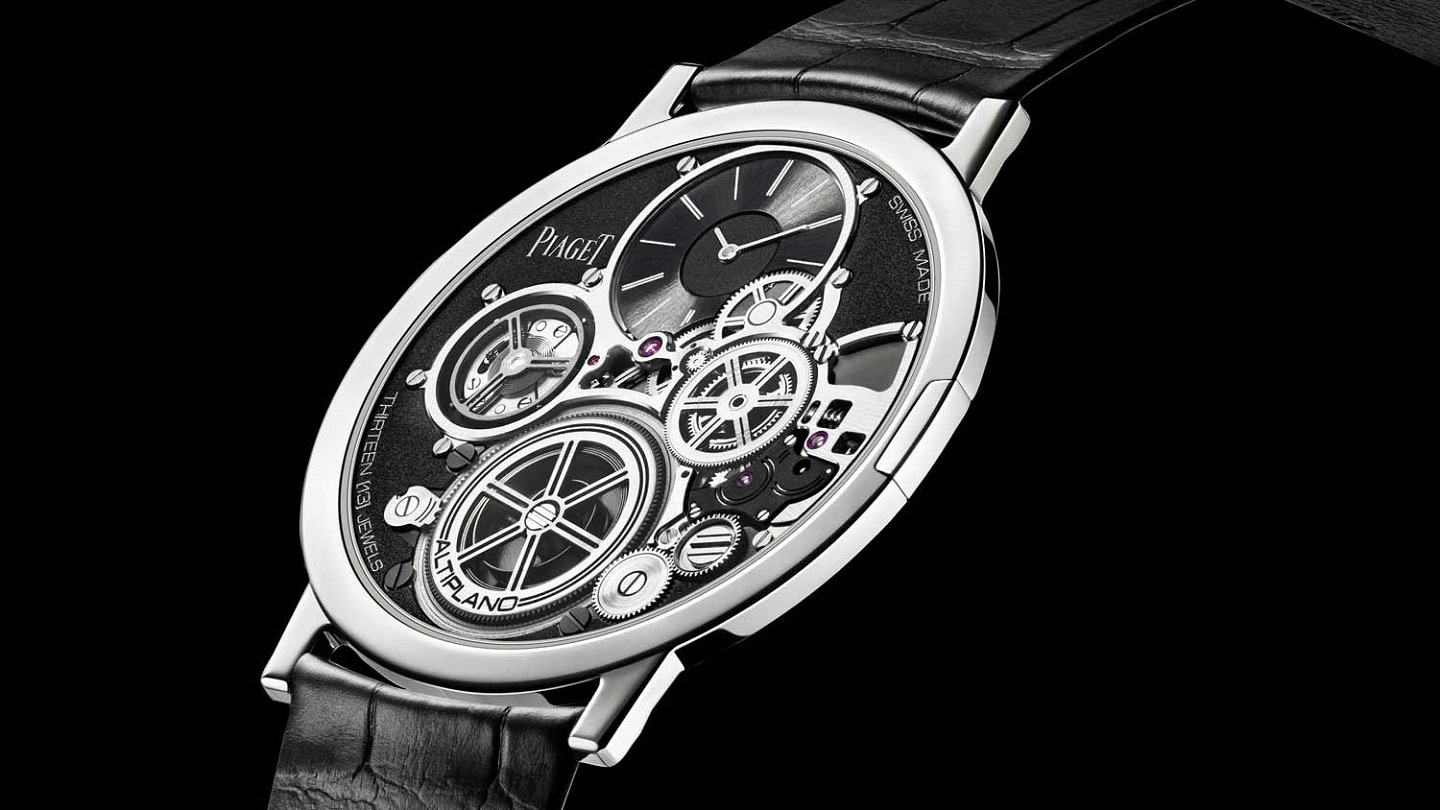 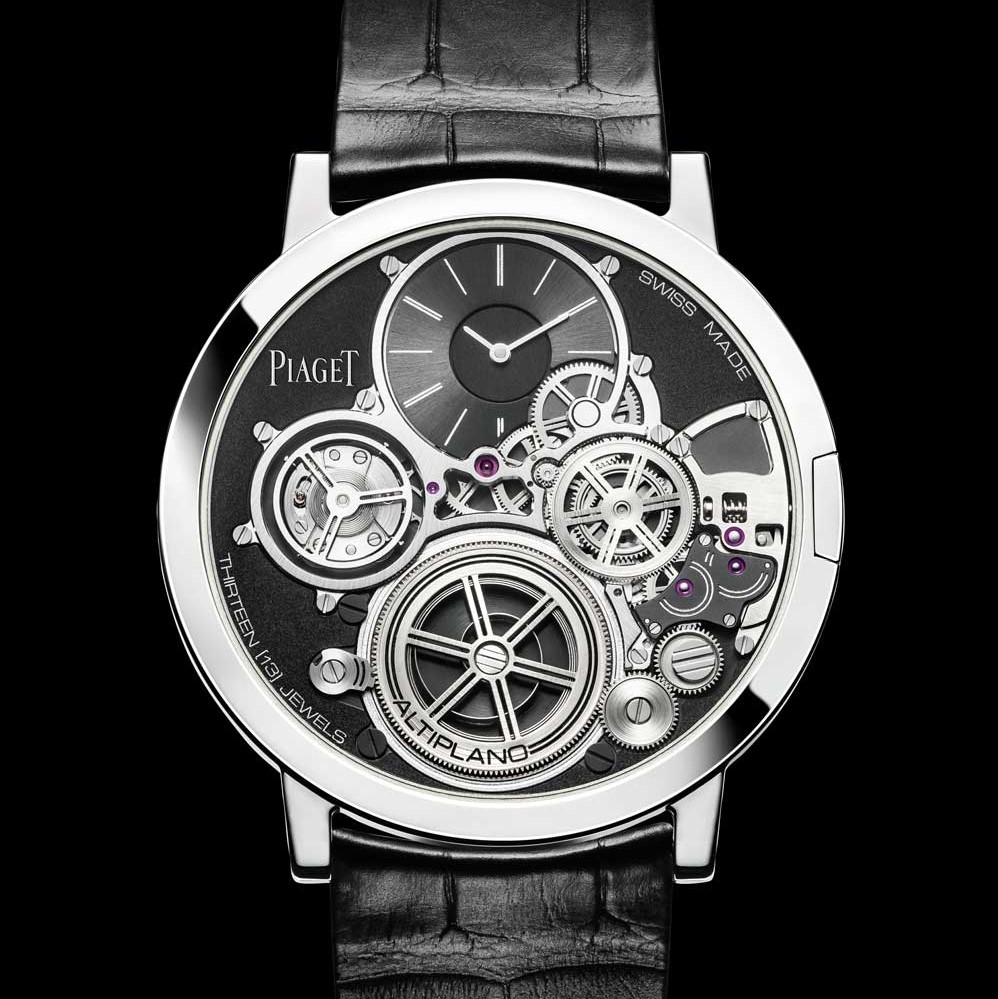 Now here’s an arms race we can get behind. Fresh off the heels of reclaiming the throne as manufacturer of the world’s thinnest automatic watch just a few short weeks ago, Piaget is stamping its authority on all things ultra and thin, with the introduction of the Piaget Altiplano Ultimate Concept, which measures a gobsmacking two millimeters thick. And just so we’re clear, that’s not the movement we’re talking about – that’s an entire mechanical watch no thicker than a nickel (well technically, it’s barely an iota thicker – 50 microns, or about 0.05mm, to be exact). Anyone say “shots fired” yet?

In this particularly competitive corner of haute horology where records are claimed in tenths of a millimeter and tolerances are measured in hundredths of a millimeter, every time a new ultra-thin record falls, it’s generally a pretty big deal, despite there really being only a few key watchmakers at this table. One of those of course, is Piaget, who has largely spent the last 60 years pushing the boundaries of the ultra-thin leaderboard itself. And after four years, five patents, and probably more than a few gray hairs, the Piaget engineering team has broken its own record, shaving a full 1.65mm off the Ultimate Concept’s hand-wound predecessor, 2014’s record-setting Altiplano 900P (here’s when we went hands-on with it).

Of course, the 900P movement was a big deal when it was introduced four years ago, as was the more recent 910P whose 4.3mm profile dethroned Bulgari’s Octo Finissimo Ultra-Thin Automatique as the world’s slimmest automatic watch. But two millimeters? This is the kind of wizardry that further insulates Piaget from competition, cementing the maison as king of this weirdly awesome castle. It’s also a sly nod to Piaget’s groundbreaking ultra-thin 9P hand-wound movement from 1957, which was also a record-setting two millimeters thick. But again, that was just for the movement, and the measurements we’re talking about for the Ultimate Concept are for the watch thickness in its entirety – case and crystal. 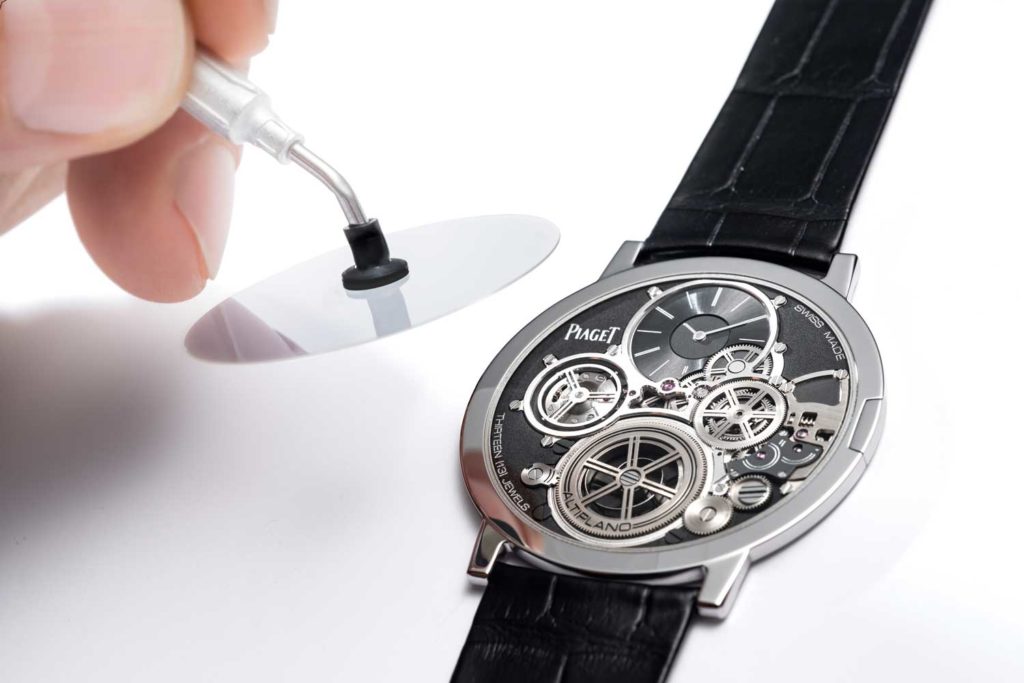 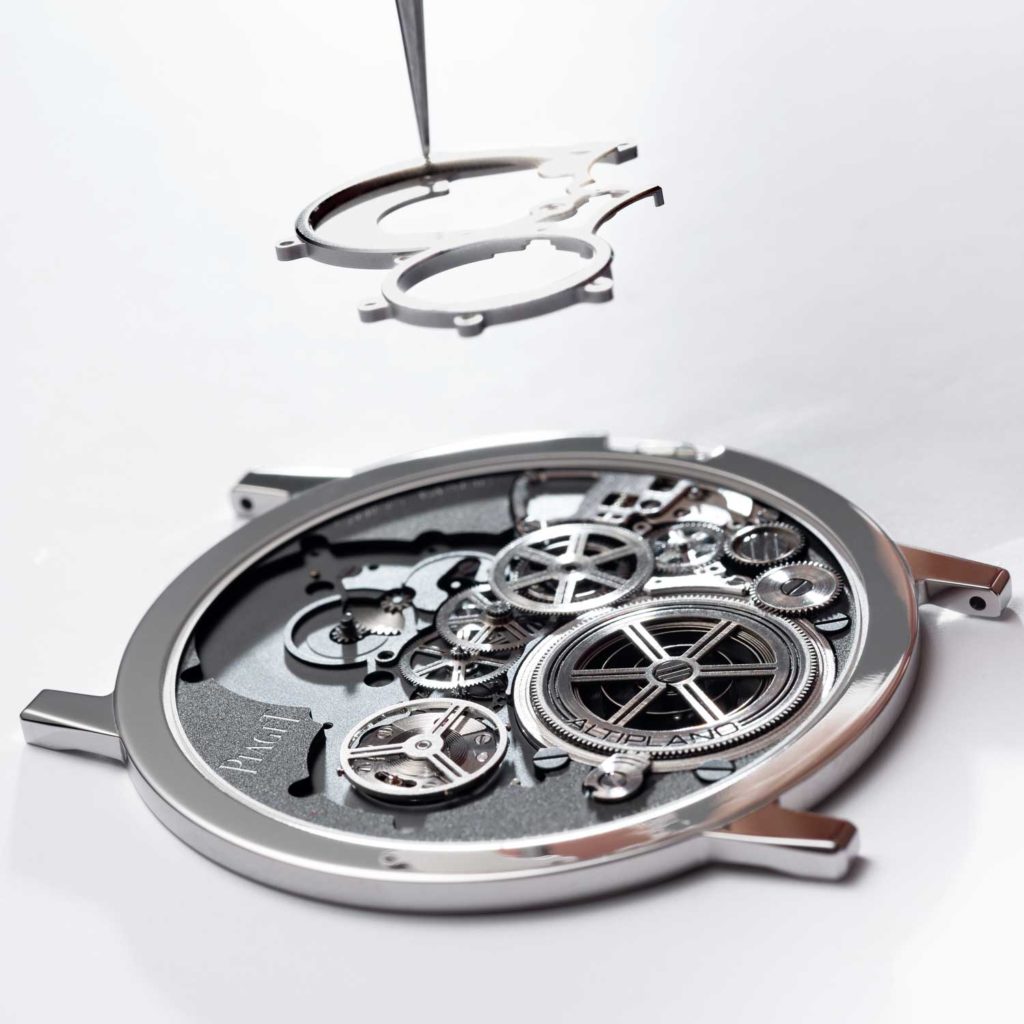 To get there, the Piaget engineers employed a series of unconventional design choices, starting with the Ultimate Concept’s 41mm case, which also functions as the foundation for the movement itself. This means the caseback of the watch is in fact, the movement’s own baseplate – PVD-coated to maximize contrast in a visually pleasing sort of way. By doing this, the entire gear train can lay on the same razor-thin plane, to further save height. There are also three other major departures from traditional watch design, which are key to the Ultimate Concept’s record-breaking silhouette, starting with the regulating organ which has been radically re-designed to remove the balance wheel bridge. You’ll also notice the mainspring barrel at 6:00 has been stripped of its cover and drum, and the watch’s crown stem has been re-imagined as a more compact pinion system driven by a worm screw, which is able to wind and control the watch’s functions on the same plane as their rotation axis, rather than being stacked or superimposed in a traditional gear train. Impressively enough though, the Ultimate Concept is still very much a wearable, markedly capable watch – water resistant to 30m (typical for pretty much any dress watch), and carrying a 4Hz oscillation rate and a power reserve of 44 hours when fully wound.

One of the dangers of ultra-thin watchmaking, is that the cases themselves actually run the risk of buckling if subjected to even minute stress or impact – thus severely damaging the movement. To mitigate this risk and to further shave tenths of a millimeter from the final thickness, the Ultimate Concept skips the traditional precious metals employed by its predecessors and is instead built with an innovative new cobalt-based alloy, specifically developed for its extreme rigidity. And since any damage to the movement would irreparably damage the case (and vice versa, since they are essentially one and the same), Piaget engineers took further steps to also protect the winding mechanism, by designing a new type of rectangular telescoping crown which sits fully flush to the caseband, where it is secured to the winding stem via a special spring-loaded clip. 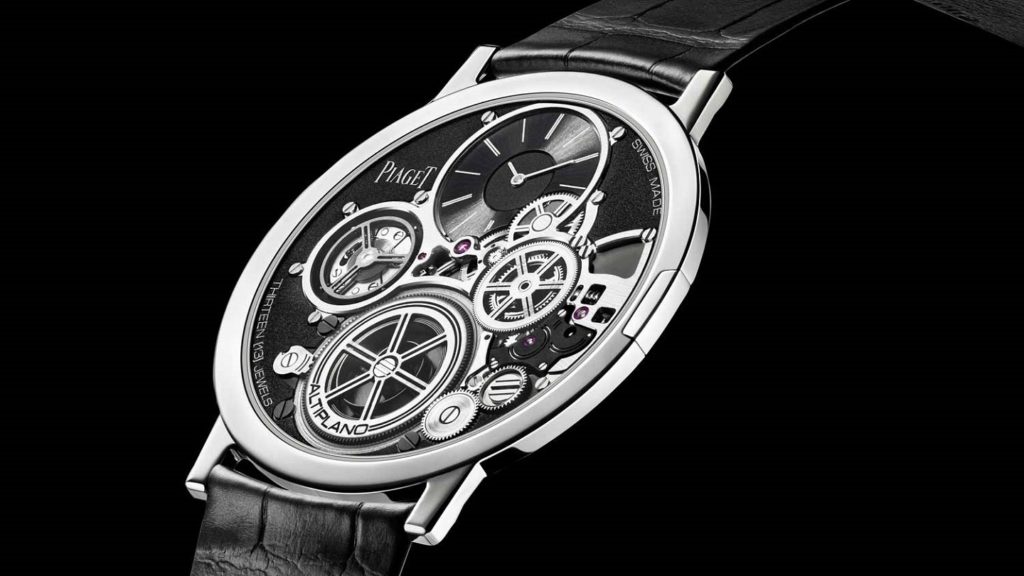 And befitting of the world’s thinnest mechanical watch, the Ultimate Concept is fitted with a special 1.1mm thick alligator leather strap, reinforced with a Kevlar core and finished with a comparably svelte pin buckle. Currently as a concept watch, it is not available for sale. We’ll be sure to update you with live photos and wrist impressions from SIHH, so be sure to stay tuned. Your move, Bulgari. piaget.com