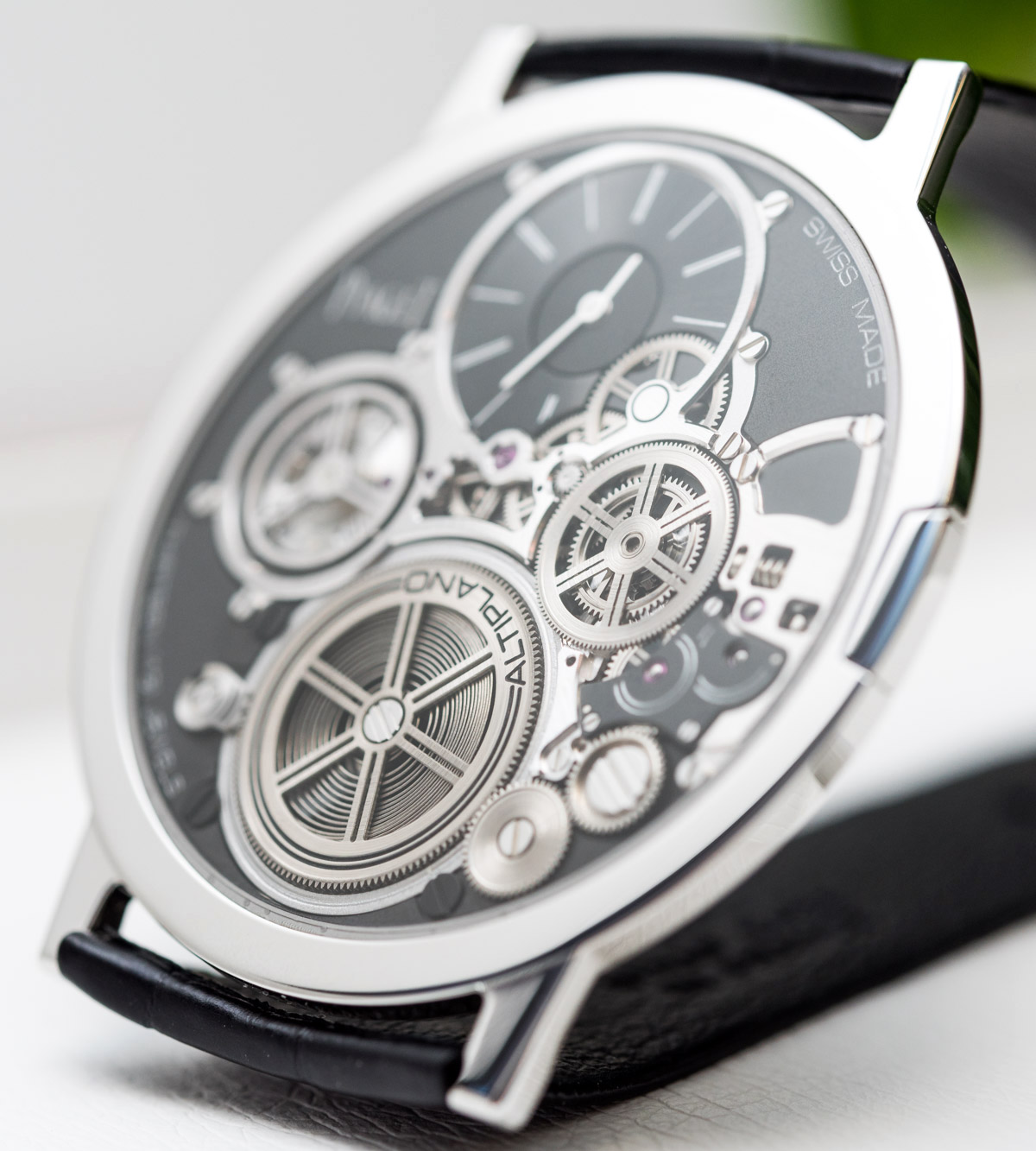 Piaget used to pride – and finance – itself on its long-term achievements in crafting remarkably thin watches. All was well as long as they could rule in this game, sometimes by greater and sometimes rather minuscule margins. In recent years, however, we have witnessed Piaget lose focus not just of the luxury watch market in general, but also of its true self. The Polo S saw mixed reception at best, the 60th anniversary, totally run-of-the-mill Altiplanos displayed a depressing lack of creativity, with the only pieces in recent memory keeping the faintest positive idea of the brand having been the record-thin automatic Altiplano and these two marquetry stone-dialed tourbillon beauties (hands-on here). Another sparkle of hope for the brand comes in the ultra-delicate shape of the Piaget Altiplano Ultimate Concept watch.

How does this Ultimate Concept fit into the world of Piaget? What difference will it actually make for them or the luxury watch market? Will we ever see something like this in production? These were my questions after seeing this new, one of a kind exercise in thin watchmaking.

Fit into Piaget it does, of course, because it’s a thin watch produced by a brand whose modern image was largely built on thin watches. It’s also fitting as Bulgari has been taking all the limelight lately when it comes to breaking thin watch records – they have totally blindsided Piaget and took over in just a few years, years that slip by really fast when it comes to products that take so long to develop. 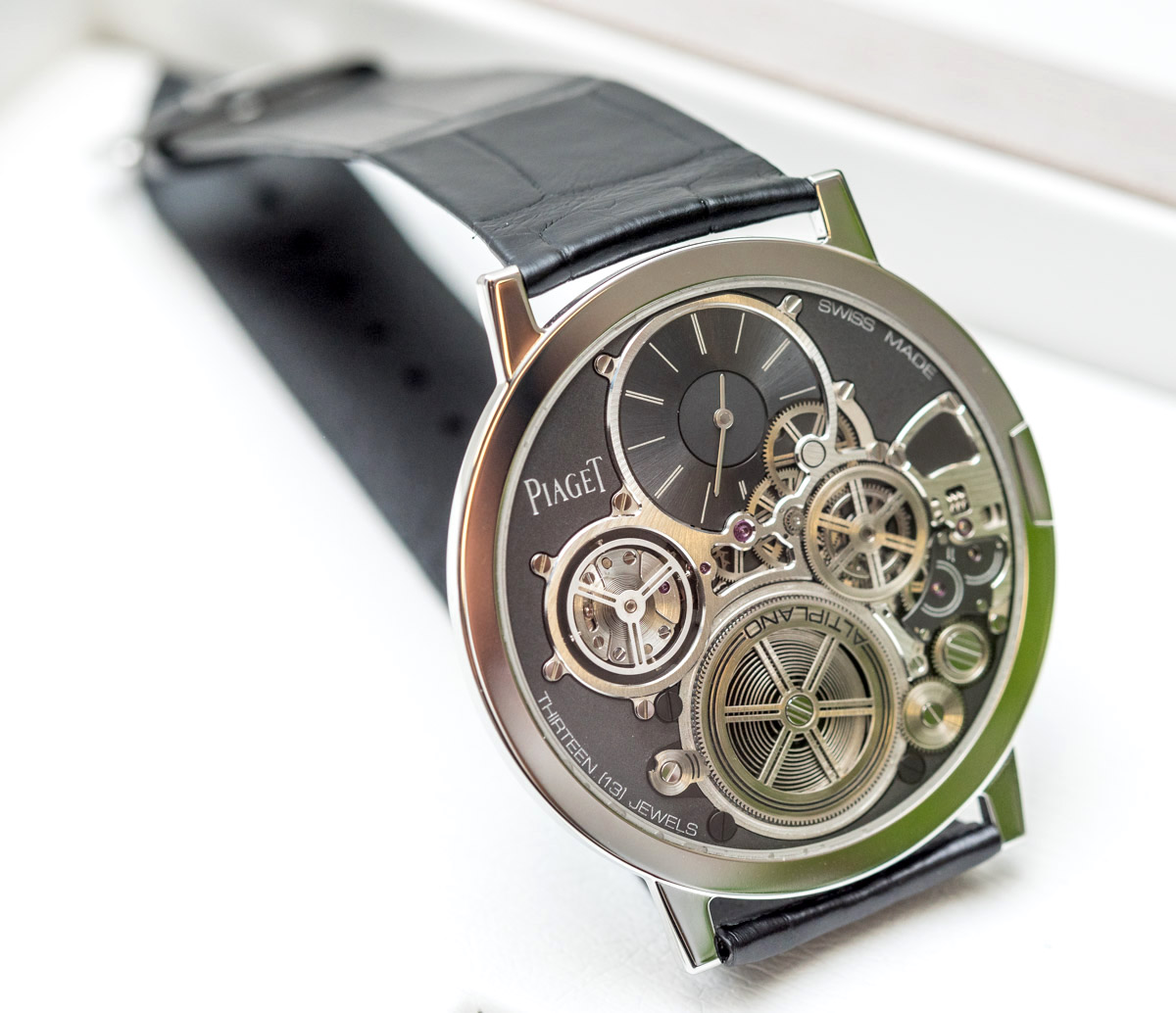 Whether or not it will make a difference in the luxury watch market is a difficult question. It makes a difference in the sense that it gives a brief – and hence passing – proof that Piaget is alive, even if not well. Halo products (or “ultimate concepts”) can make a difference, but I think it is a rather moot exercise when the larger selection of actually available and relatively competitively priced products is lackluster at best. Sure, Piaget is still a strong brand to turn to if you want some super niche, neatly made, rare piece – but as far as main collections are concerned, there’s a lot of work to be done. 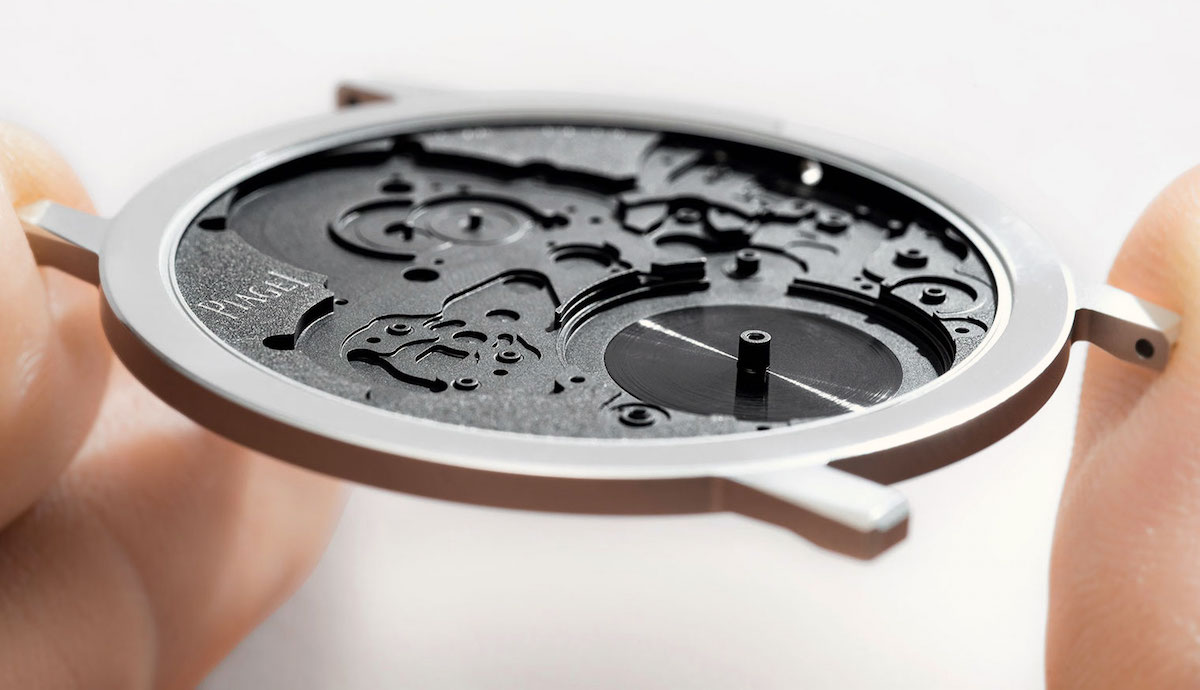 To achieve and maintain the Altiplano Ultimate Concept’s remarkable thinness, Piaget had to use a number of clever and tricky engineering solutions. This includes a base-plate/caseback design that merges the two pieces into one, with the wheels and other components being fitted directly to the caseback. This ingenious solution is not new, in fact, it made its debut in ETA’s Delirium Tremens record-thin watch in the late 1970s (I think Delirium Tremens IV but I could be wrong), and has been used by Swatch ever since, along with a few other brands and watches, including Piaget’s famed 900P caliber. 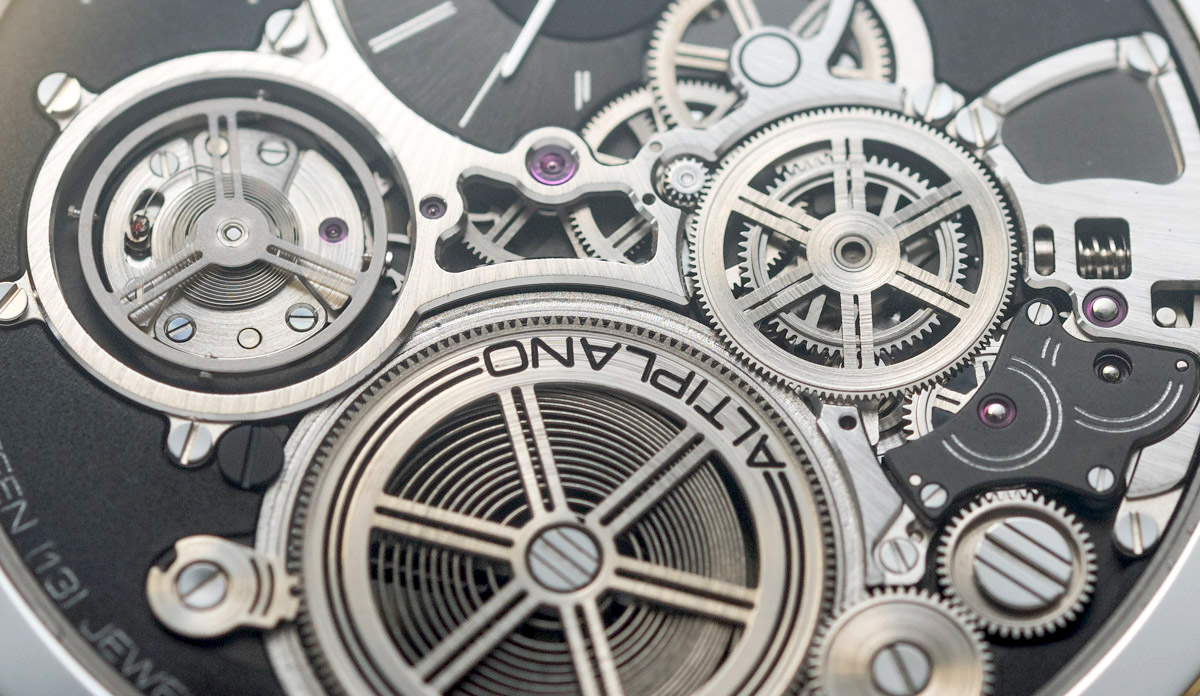 Piaget took things to the next level and removed as much of the top plate as possible. The barrel and many other parts function similarly to how a flying tourbillon works – they are only supported and fixed from underneath, but not from above. This of course wouldn’t be possible with just one jewel underneath and nothing but the hopes of engineers above, so many of these parts use ball bearings underneath. As such, overall jewel count dropped to just 13. 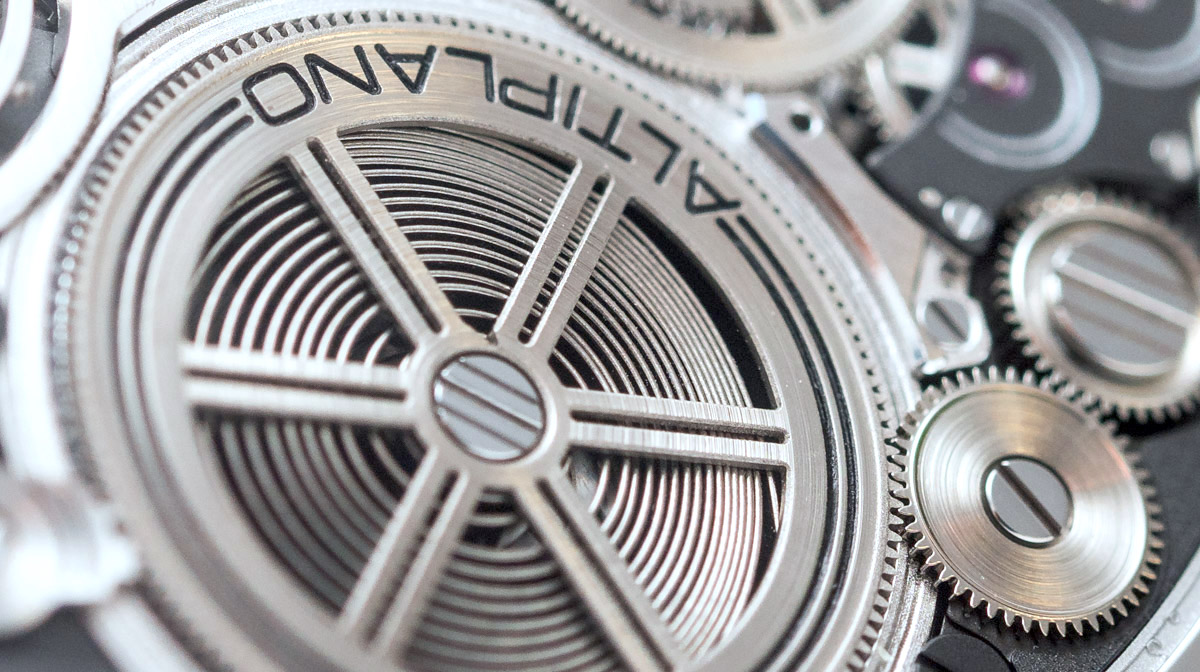 Add to all this the fact that everything was made as slim as possible: many of the wheels are now just 0.12mm thick, coming in at about 60% of their usual selves. The mainspring also lost its drum and cover, so one can now easily see how wound the Piaget Altiplano Ultimate Concept is – power reserve, by the way, is an impressive 44 hours. 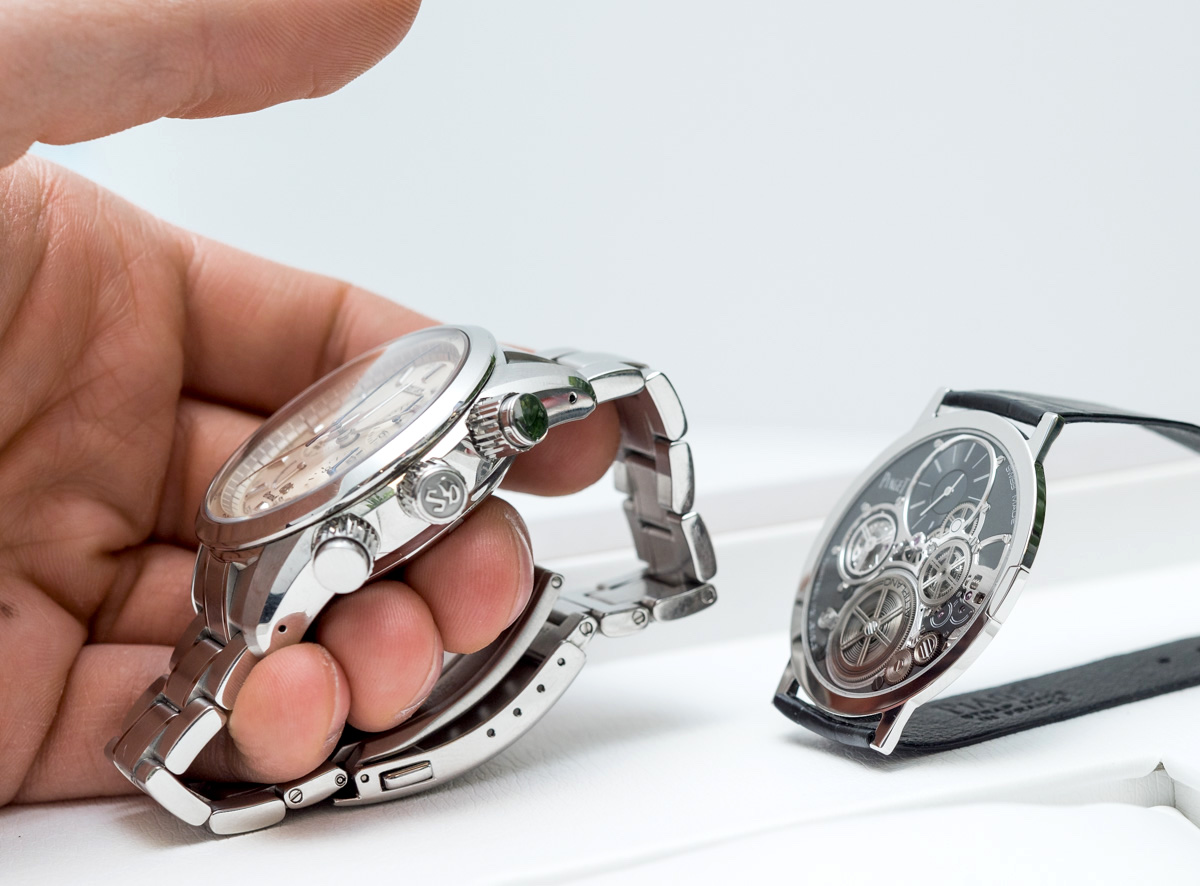 With the Piaget Altiplano Ultimate Concept having a case that is just 2mm thick (that’s the full case, not just the movement), the case was to be designed as rigid as it could possibly be. Craft it from ordinary materials and you could feasibly bend the case and do so just enough to also bend the wheels while doing so, damaging them and the movement. Using a soft metal like gold and strapping the watch onto your wrist tightly enough just once could break the watch for good. To avoid this from happening Piaget found the elegant solution of not removing the strap but rather using a cobalt based alloy for the case and base-plate, hence rendering the whole thing allegedly rigid enough. I say allegedly, because no one was allowed to put this thing on.