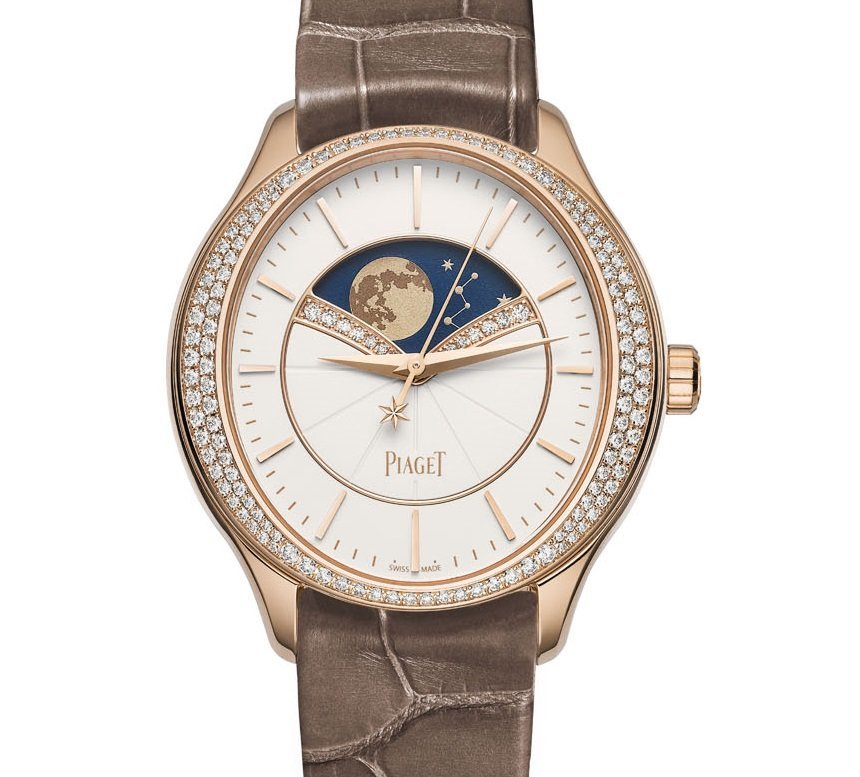 I’ve long called for an increase in complicated watch options for women. In very recent years, it seems the call is being answered, albeit at a glacial pace. The announcement of the Piaget Limelight Stella watch is another step in the right direction. While there is no shortage of unisex mechanicals, it’s great to see calibres designed exclusively for women. In the past, it was always assumed that complicated watches for women didn’t exist because A) a delicately proportioned watch simply didn’t have enough space in which to cram the same amount of complexity, and B) women weren’t as interested in watches. But that was the past. Why shouldn’t there be as much choice for female fans of haute horology as there is for men? 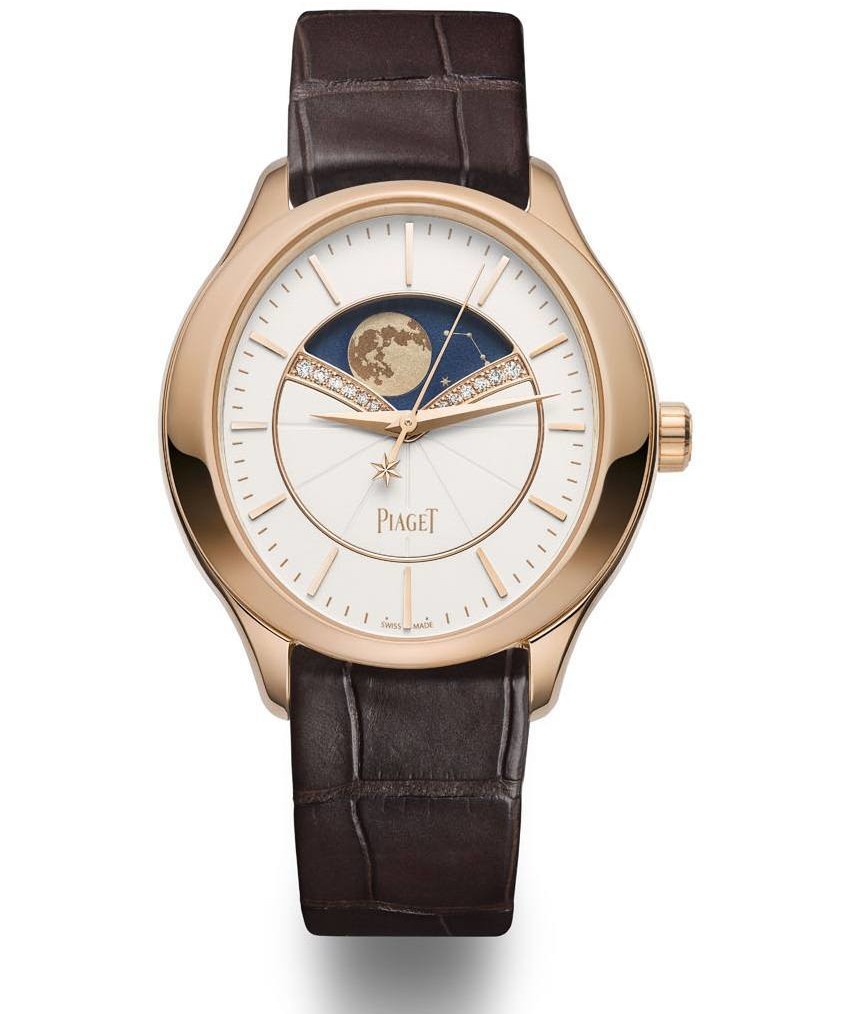 The notion that a woman’s watch requires a shrunken calibre need not be the case. Fashion nowadays dictates women can wear big watches if they wish, side-stepping the detraction that anything small could be complexified by increasing its size. Secondly, a large reason why women appeared less interested in luxury watches in the past probably had a lot to do with the socio-economic situation of the times. These days, more and more women have the money and free time to spend on watches. Failure to serve this market sector is, to me, downright insulting. So it’s just as well that the industry is finally taking note. The key is tailoring the watch’s function and the nature of its function to a female wearer, not by mandatorily reducing its size. That said, a more gracile form is often popular with female consumers, so a fusion of refined silhouettes, low-profiles, and meaty mechanics seems the ideal recipe for success, in my opinion. 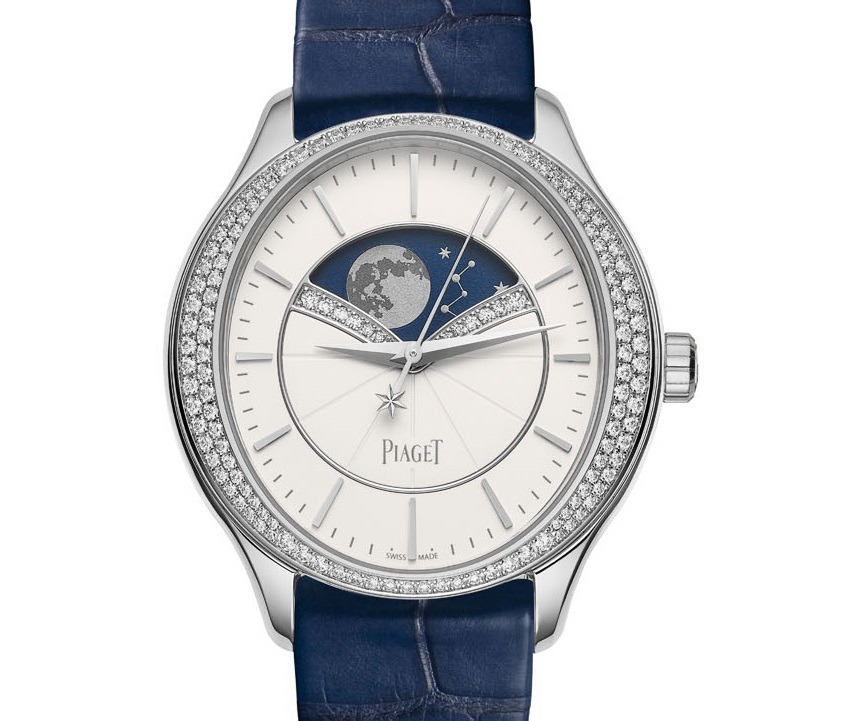 The Piaget Limelight Stella aims to evoke feelings of freedom, power, and independence through its heavy use of the moon as an iconographic symbol. Not only does the moon take centre stage in the watch’s only serious complication, it also supposedly acts as a totem of femininity, silent strength, and balance. Piaget asserts that the characteristics of the moon are often those associated with femininity. In some places, this designedly empowering rhetoric sounds a little generalizing to me, but I believe the comparisons are made in a complimentary, rather than patronizing, manner. 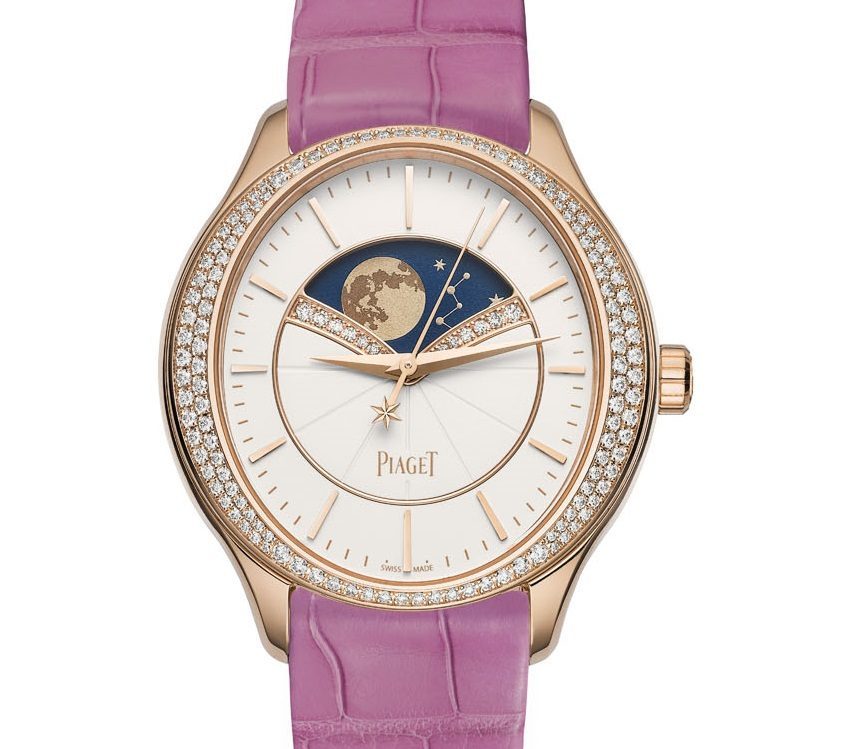 What is definitely true is that a good moonphase complication has been known to make even the most seasoned wrist analyst weak at the knees. There is something magical about the use and reference of the heavens in watchmaking. Obviously, tracking time is reliant on the endless dance of these celestial citizens, and so to objectify them in metal is to honor them to the limit of our ability. 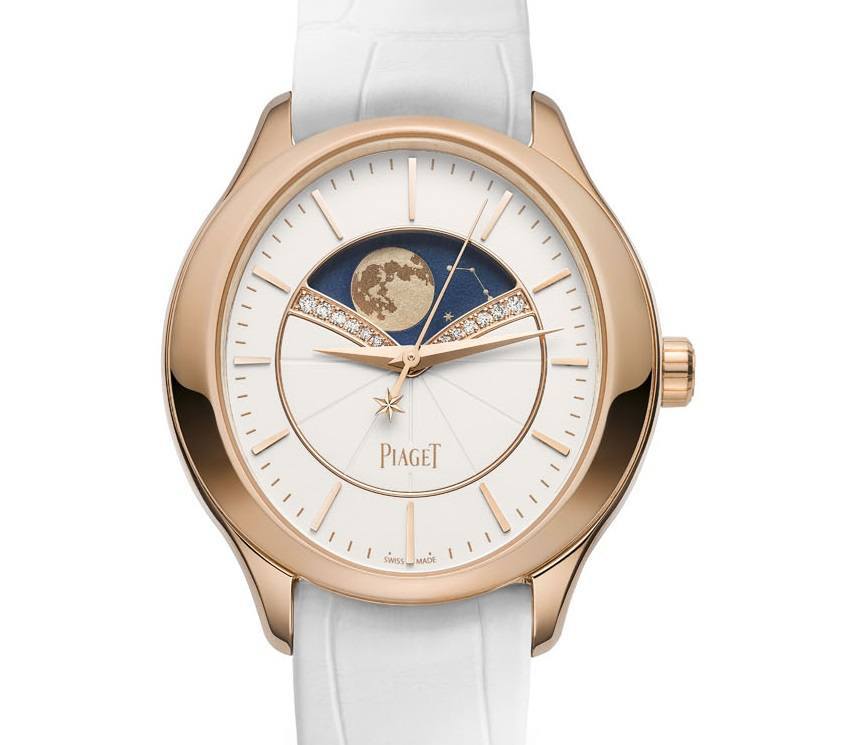 The 11.5-ligne (26mm) 583P and 580P calibres used in the Piaget Limelight Stella range, beat at 21,600vph. A sapphire case-back crystal reveals the level of craftsmanship we are used to seeing from Piaget’s in-house creations. The mainplate is decorated with a circular grain pattern; the bridges are edged with polished bevels, curtailing an excellently executed Côtes de Genève pattern; blued screws inject a flash of vitality to this metallic marvel; and the automatic rotor weight is engraved with the Piaget coat-of-arms. The movement has a 42-hour power reserve – plenty for an automatic wristwatch whose 36mm case makes it wearable on a daily basis. 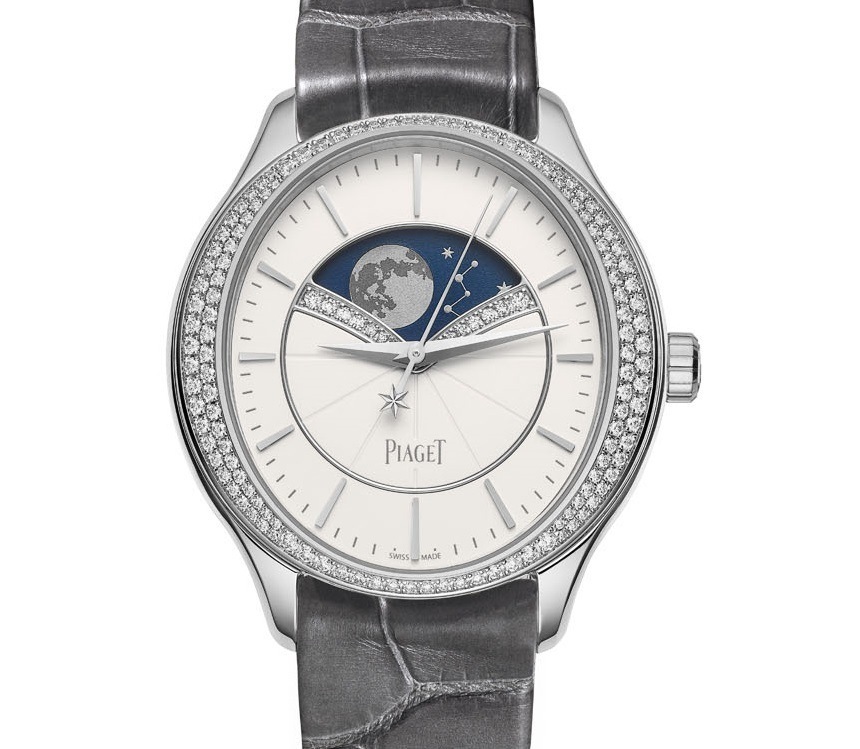 The moonphase complication is visible through a generous aperture between 10 and 12 o’clock, taking centre stage on this ovular dial, that is further elongated thanks to its being placed within a circular case with flowing, continuous lugs. The bicolor moon is refreshingly detailed and realistic. Piaget have resisted the temptation to bejewel the moon and, instead, chose to add interest to the moonphase disc by decorating the intervening space between the two moons with simplified constellations (Ursa Minor and Cassiopeia). The astronomical moon function reproduces the lunar cycle by way of a disc featuring stars and two moons, driven by a 135-toothed wheel. A standard moonphase will lag one day behind reality every two-and-a-half years; the system used here, however, ensures that the Piaget Limelight Stella will not require a one-day adjustment for 122 years. The aperture revealing the moon is flanked by 14 brilliant-cut diamonds (0.06ct). The watch is available in pink gold with or without a diamond-studded bezel (weighing in at 0.65ct), and in an exclusively gem-set white gold variant. A variety of strap options available upon request. The price of the Piaget Limelight Stella will be $28,600 for the pink gold diamond bezel version, $29,700 for the white gold diamond bezel version, and $20,500 for the non-diamond bezel version. piaget.com