Poll: What Is Your Hand-Orientation & What Wrist Do You Wear Your Watch On?

I’m left-handed and I also prefer to wear a watch on my left wrist. That makes me somewhat unusual because the traditional “rule” when it comes to your wrist watch is that it goes on your non-dominant hand’s wrist. So if I were like more people and followed the “rule,” I would wear my watch on my right wrist because I am left-handed.

So why don’t I conform to the more typical orientation of wearing my watch on my non-dominant wrist? I don’t actually know. I am pretty sure that I started wearing a watch from an extremely early age (perhaps 3 or 4years old) and no one was there to explain to me what wrist I should wear my watch on. What I probably did (as any young child does) is observe where most adults were wearing their watches – and I followed suit. 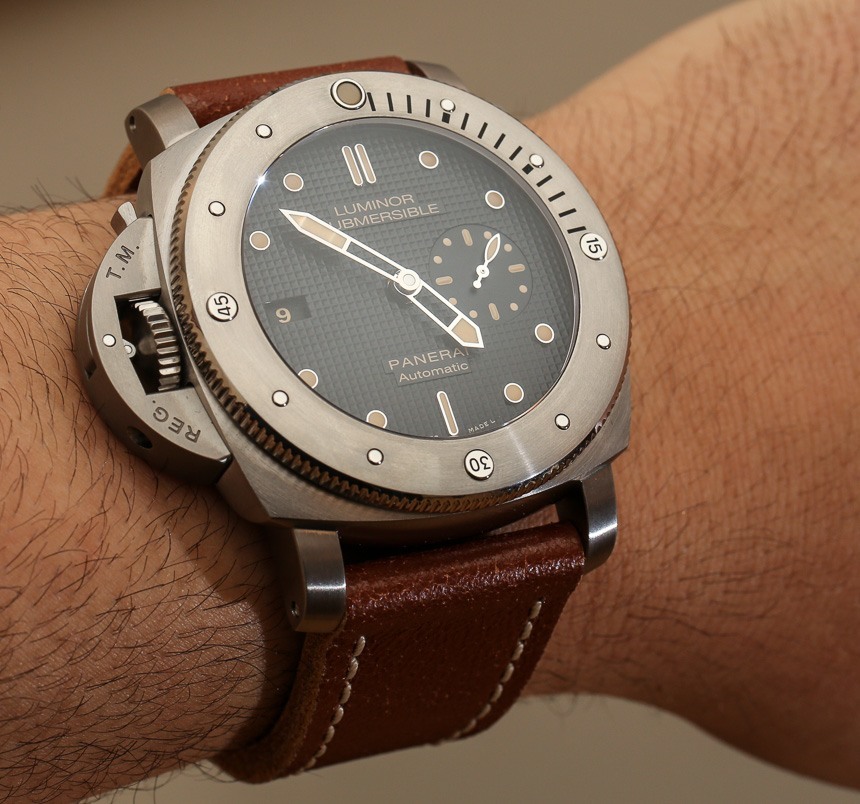 A recent e-mail from an aBlogtoWatch reader (thanks Jonno) in Australia asked me if I knew anything about the history of wrist watches for lefties. I realized that I wasn’t aware of any such “lefty watch” history, and assumed that for the most part, timepieces were “wrist interchangeable” enough that you could feasibly wear the same watch on either wrist.

Lefty watches are really just righty watches with the crown on the other side. This developed as a natural reaction to the fact that people needed to wind their watches (while they wore them) on a regular basis. Thus, the orientation of a crown facing your wrist offered your opposite hand the most efficient means of winding your watch. Of course, with quartz watches – and automatics – the need for special “lefty watches” quickly diminished. Thus, if there was a historic need for left side-crowned watches so that people who primarily used their left hands and wanted to wear a timepiece on their right wrist had something to wear… that need has long since become much less urgent.

Lefty watches are nevertheless alive and popular. Why is that? The answer is partially due to the tendency for watch makers to exploit each and every design variation niche possible within the context of various design archetypes (think Panerai, for instance). The more salient answer of why lefty watches still exist is actually for more right-handed people to wear them. How is that the case?

Mentioning Panerai above was actually appropriate because if you think of the Panerai Luminor you also think of the large crescent-shaped crown locking system. This element of the core Panerai Luminor case design sticks out a healthy amount from (normally) the right side of the watch case. For many people, the combination of a larger-diameter watch and a segment which further protrudes a few millimeters means that the watch is often jabbing them in the hand. The solution to this problem is simply for right-handed people to wear a lefty watch on their left wrist – which would be the opposite wrist from where a left-handed person would normally wear a “lefty watch.”

This might all seem quite obvious if you think about it, but it creates a situation where both right-handed and left-handed people can be found wearing “right-handed” or “left-handed watches.” I felt that it would be a good idea to simply ask the aBlogtoWatch audience how they themselves wore watches and through sheer numbers we’d have a picture of how fellow watch wearers are wearing their own watches. Perhaps I am not that different after all…