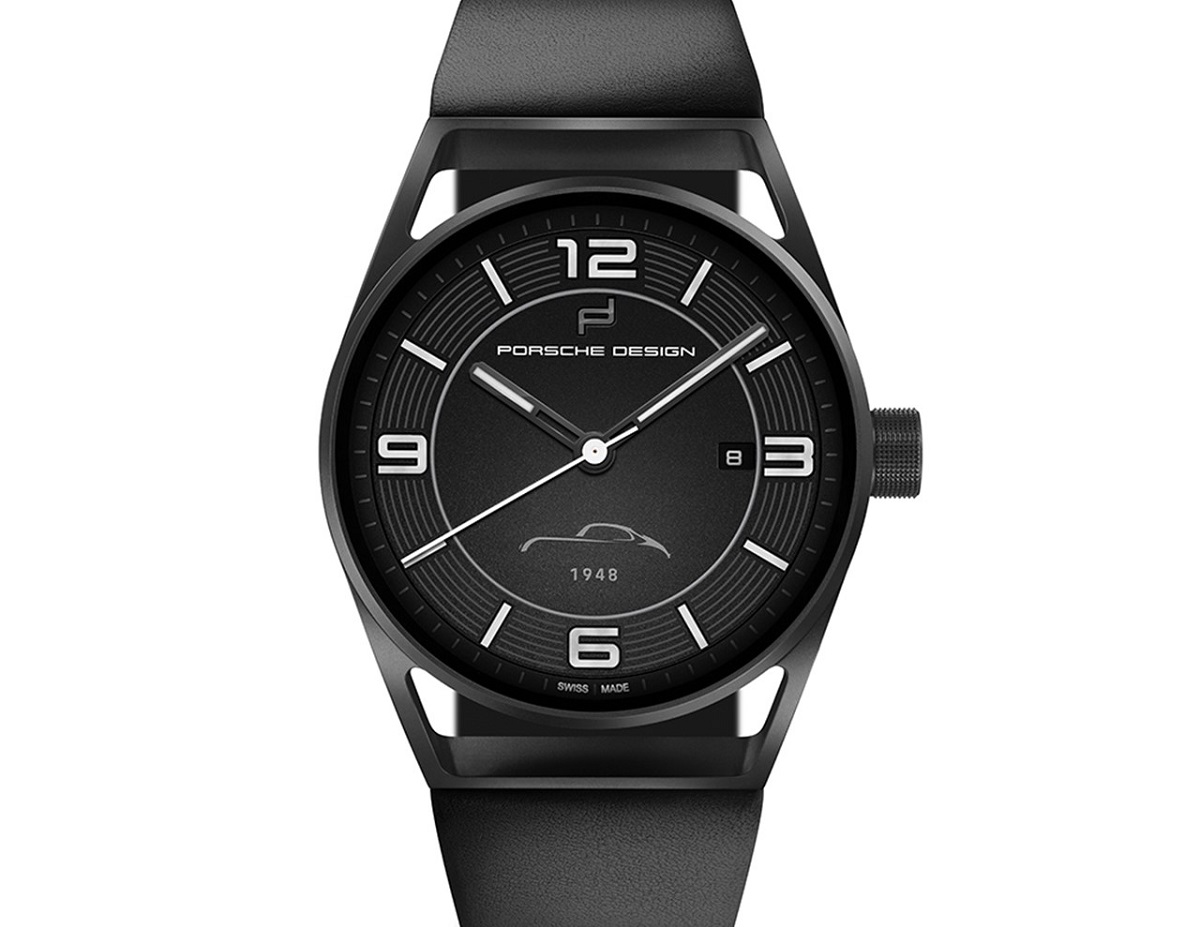 This month, luxury automotive giant Porsche celebrates 70 years of manufacturing prestigious sports cars. A lesser known fact about Porsche is that in 1972 Ferdinand Alexander Porsche started Porsche Design; a branch of Porsche dedicated to the design principles of its father brand in other fields of mechanical and non-mechanical areas like sunglasses, electronics, and watches. To celebrate the 70th Anniversary of Porsche, Porsche Design has released the 1919 Datetimer 70Y Sports Car Limited Edition Watch, making it the 13th addition to Porsche Design’s 1919 Collection. The watch takes design cues from the dashboard of the Porsche 356 – the predecessor of the 911. 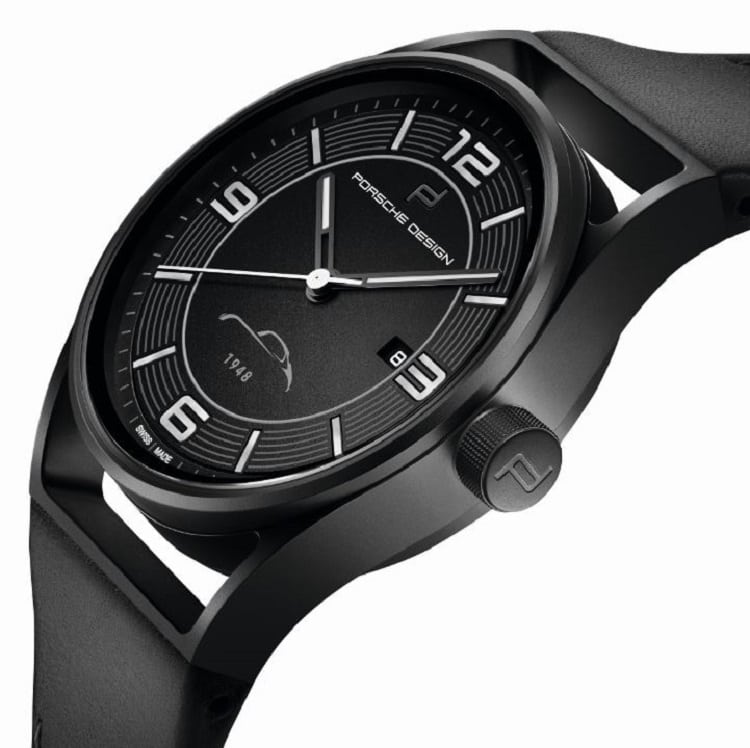 Let’s start with the case. Measuring in at 42mm x 11.9mm, the watch features a sapphire crystal and the titanium case is entirely covered with a “Titanium-Carbide Coating,” giving the watch a matte black finish – something I wouldn’t typically like in most cases, but find fitting for this design. Since the watch is a date/time only model, it features a single crown that I feel, at least in the renders, is a bit larger than it needs to be. The elongated hollowed lugs are hands-down my favorite aspect of Porsche Design watches. They make their watches easily identified and light as a feather. With the matte coating, the watch almost looks futuristic and tactical – something that feels like a step away from the 1940s dashboard influence it claims to be looking to.

I suppose the influence from the Porsche 356 is more apparent in the dial. The high contrast white-on-black color scheme makes this watch superbly legible, if not a little bland to me (though I guess this could be interpreted as functional). The date window at 3 o’clock matches the black dial and that’s something I need to commend Porsche Design for, as it’s not always the case with watches at this price point. Above 6 o’clock is a motif of the Porsche 356 and the year ‘1948.’ Keeping the ceramic hour markers together are grey contrast lines that were features of the car’s gauges, and one of the few features that give this watch character. When paired with the white handset and indices the dial is charming, but also aggressive. 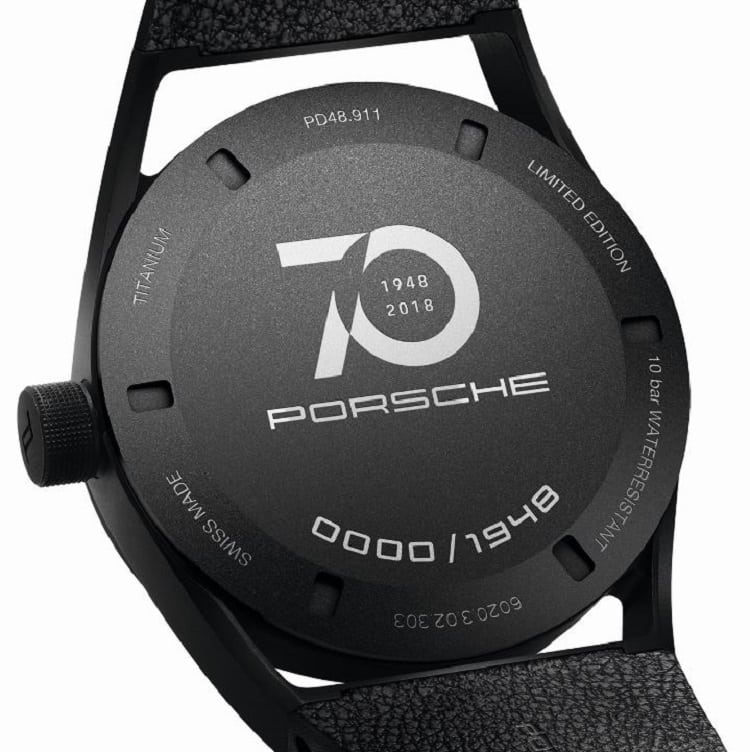 Moving on to the movement, let me first say, that what’s actually inside the watch was vague at best based on the marketing materials. This is one of my biggest pet peeves in the watch industry. Porsche Design touts that this is a “high quality automatic Swiss movement” that utilizes the Porsche Design Icon Rotor, though you can’t see it because it has a solid caseback. It wasn’t until the watch was added to the website that you could learn it was utilizing a Sellita SW200-1, a fairly standard off-the-shelf movement and nothing that needed to be suppressed in the initial press release. I do think that Porsche missed the opportunity to allow the movement to be seen, especially if the the rotor is customized. Instead the caseback features a commemorative motif and the limited edition number. Additionally, the Datetimer 70Y is water resistant up to 100m and comes on an integrated black leather strap that’s supposedly the same high quality leather Porsche uses for their seats. 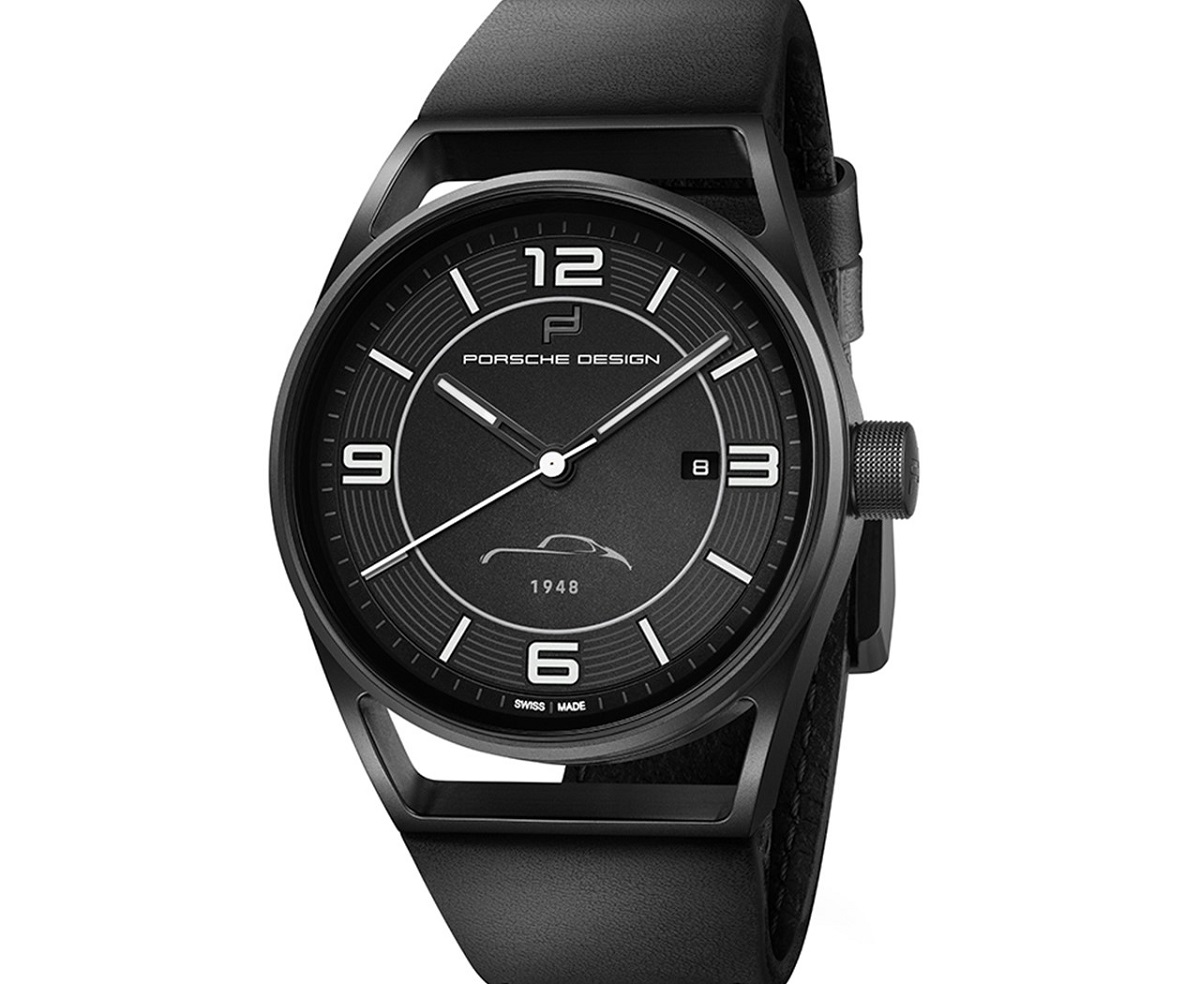 Are there things I would have changed to liven up the watch? Yes. Marketing jargon I would have addressed? Absolutely. Although I don’t own a Porsche, am not a die-hard enthusiast of the brand (though certainly appreciate the quality), or a collector of Porsche products of any kind, I can see the appeal. Don’t get me wrong, the watch is attractive but a very safe release for Porsche, and for an Anniversary release I’m a bit disappointed in the lack of “Oomph” that this watch has in the overall 1919 Collection. If you’re a fan of high-contrast, low frills, “performance” watches, then this watch is for you. If you’re familiar with the Porsche 356, then I am imagining some head-scratching on the overall influence it has on this watch. If you’re just perusing Porsche Design’s 1919 Collection, it’s easy to lose this Datetimer 70Y among the other similar designs.

The Porsche Design 1919 Datetimer 70Y Sports Car Limited Edition Watch will be limited to 1,948 pieces for the year of the brand’s inception. There will be custom packaging with a limited edition Porsche 356 model and a price tag of $3,248. porsche-design.us