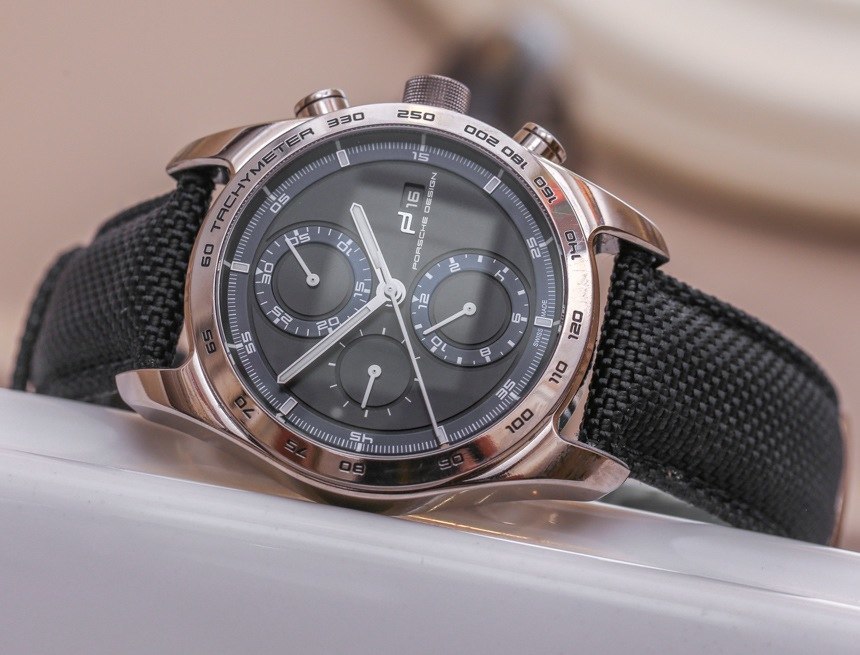 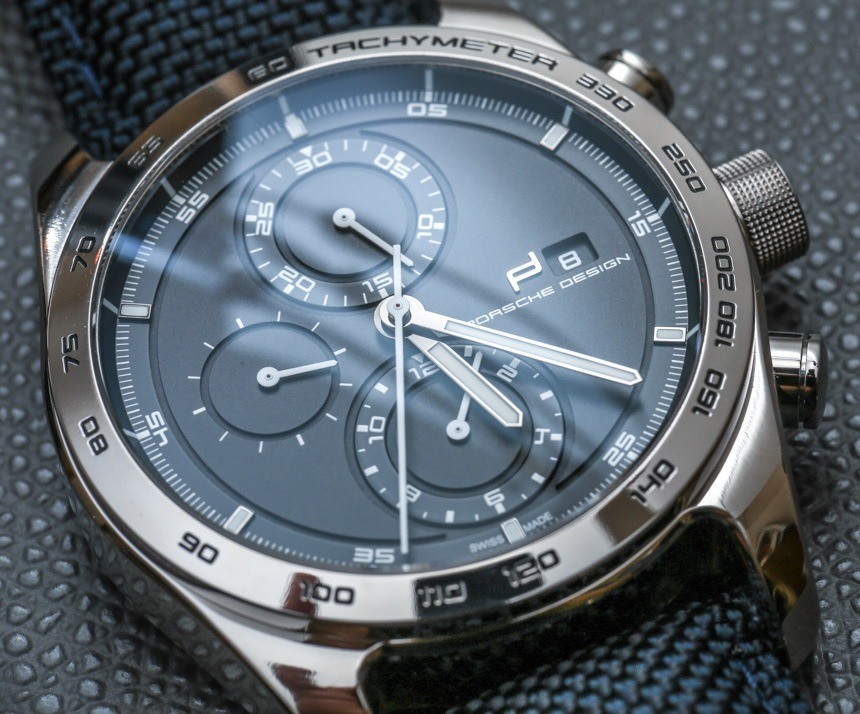 I’ve been a fan of Porsche Design watches probably ever since I was a fan of watches to begin with. In addition to the brand’s historic dedication to the “tool watch,” I’ve always been very sympathetic to what Porsche Design attempts to do when combining form and function into a singular attractive product. Not all Porsche Design watches of the past have been to my liking, but I am generally quite keen on their products, as I find the firm unique given that they are undeniably about fashion, but never lose focus on the important matter of utility. With that said, let’s take a look at the new Porsche Design Chronotimer Series 1 watch. 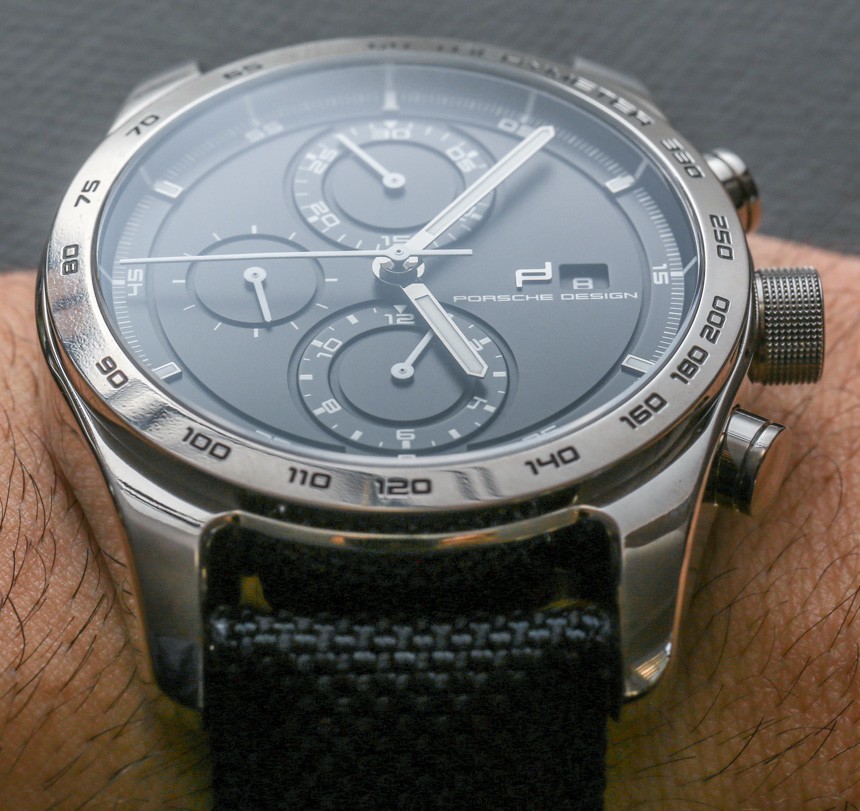 While all the watches in the collection are similar with the same case and movement, there are numerous differences in each including materials, straps, case finishes, and even dials. While all of the Chronotimer watches are in titanium (with the exception of some models having 18k gold bezels), the fact that they are finished differently makes them very different looking. Matte black is a common look for any Porsche Design watch, but this particular model comes in a high-polished titanium case which I rather enjoy. Pay careful attention to the various Porsche Design Chronotimer Series 1 watches to see how they are different. There are about 8-10 or so versions at this point. 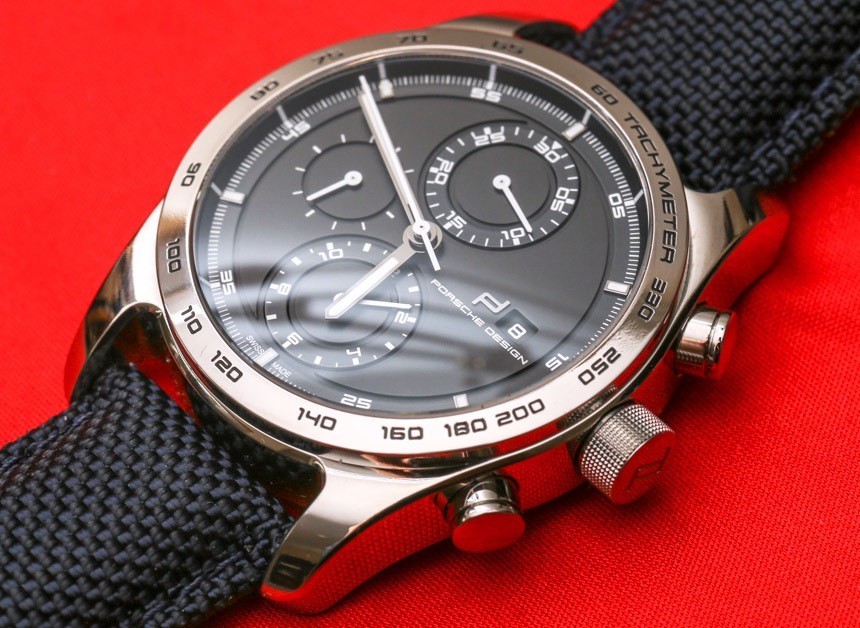 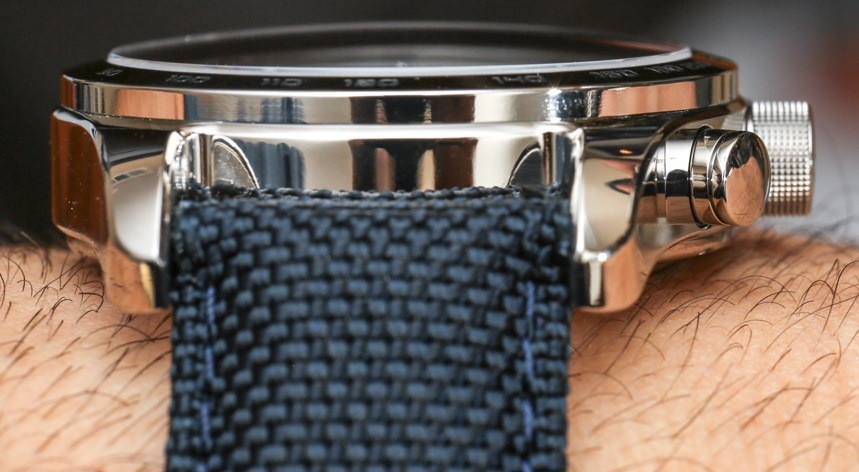 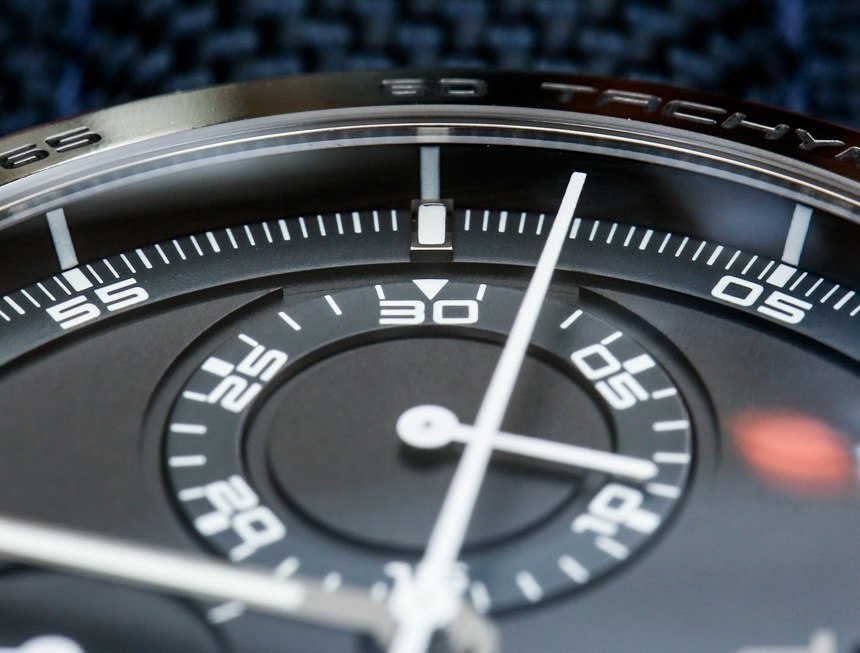 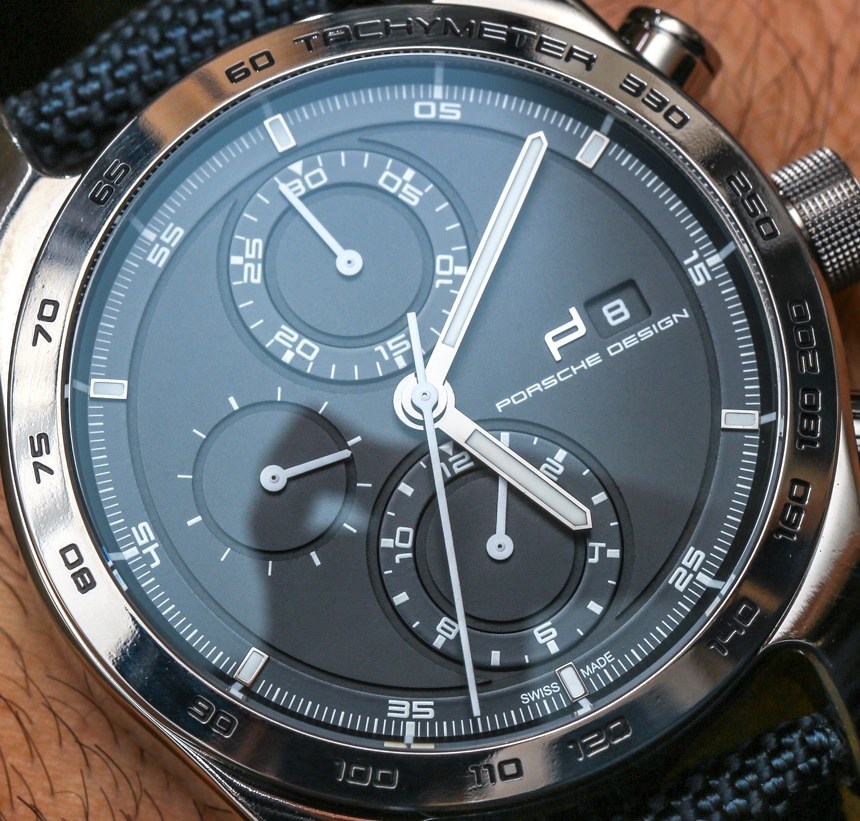 As a “first attempt,” the Porsche Design Chronotimer Series 1 watches are quite nice, even though the design hasn’t been to everyone’s taste. The quality is good, and the polishing on the lightweight titanium (which is hard to get mirrored) is very nice. Porsche Design didn’t appear to cut any serious corners, and the resulting watches feel like something that easily deserve to be within the brand’s larger legacy of timepieces. 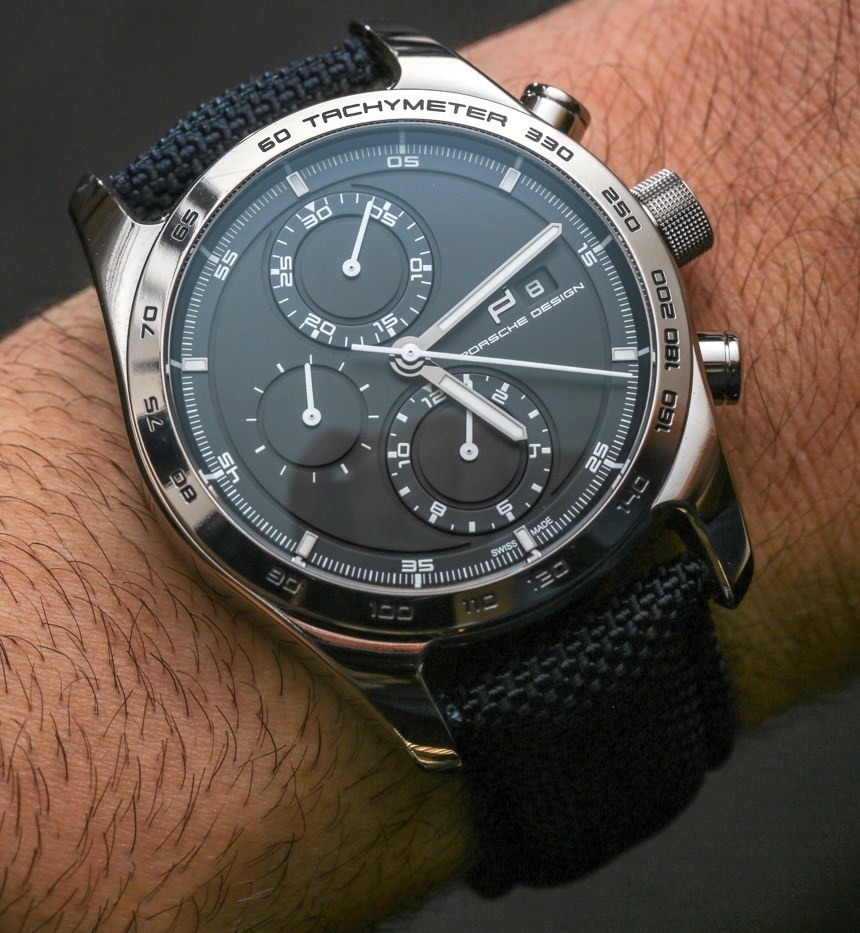 What people have said the most which is negative about the Porsche Design Chronotimer Series 1 collection is that it is a bit bland and perhaps uninspired. I can see how people might feel this way, but in person, the watches look a lot better than in marketing pictures, and those who prefer masculine minimalism will really enjoy what the watches are all about. Universal in their intended the appeal, what we are still talking about is still a very Germanic product. 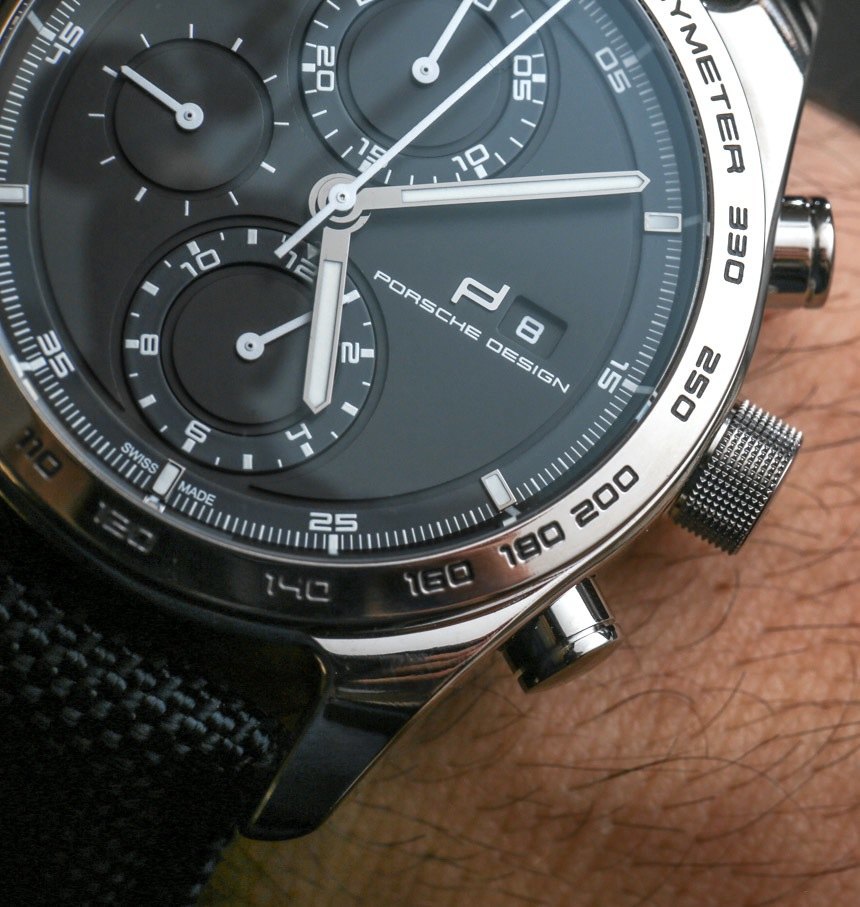 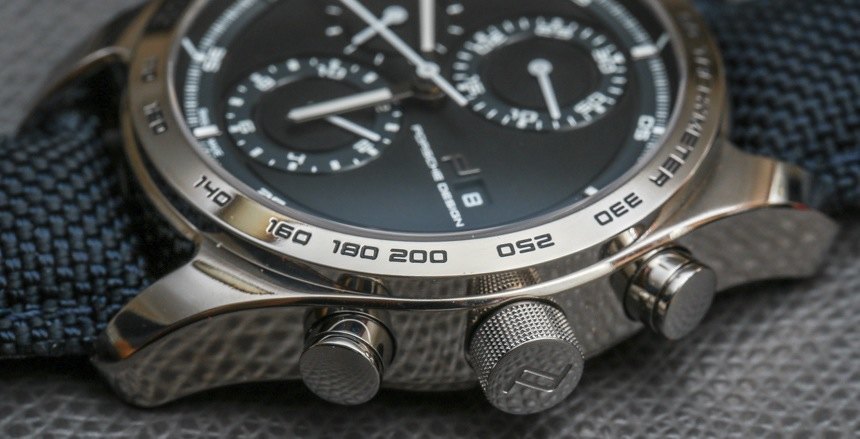 The highly minimalist case design is about showing off the necessary angles and features but making it as clean as possible. There is an art to this, and for what it is worth, I think Porsche Design got it right. The 42mm-wide titanium case has road lugs and a thick profile, so it sits handsomely and prominently on the wrist but, at the end of the day, isn’t huge. A 42mm case is a good size for me, so I really appreciate how the watch fits on the wrist, even though it feels a bit on the chunky side. Part of that is intentional, as I believe the designers wanted the case to have a real “monumental” feel that is fresh but quickly recalls the brand’s legacy of designs from over the years since the early 1970s. 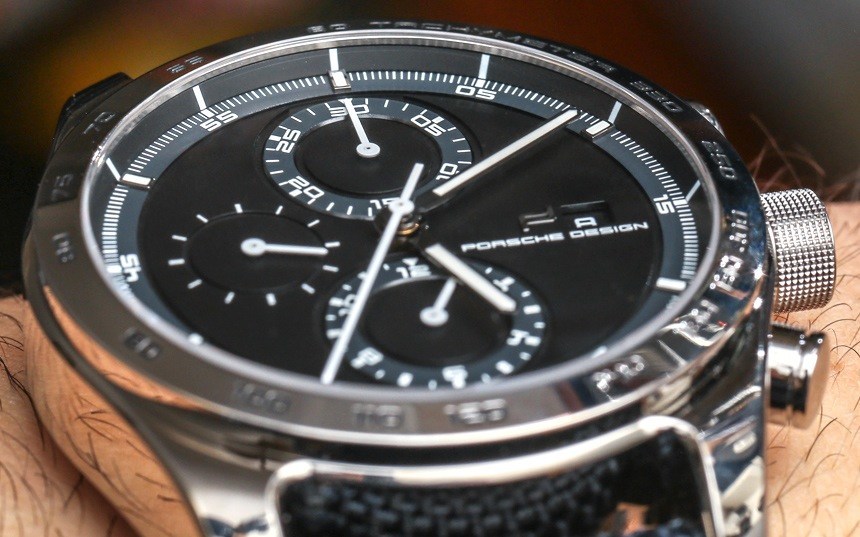 Even if the Porsche Design Chronotimer Series 1 case seems simple at first, welcome details abound. There is a small indent under the crown which helps you pull it out (something I never would have thought to mention until I found instances on other watches were this feature was sorely missed), comfortable pushers (and crown) to operate, a welcome curve of the lugs, and an overall smooth feel when you run your fingers over it. All that I would have asked for in addition is more water resistance, since 50 meters feels scant. I consider all Porsche Design watches sport watches, and they need to fully operate as such. 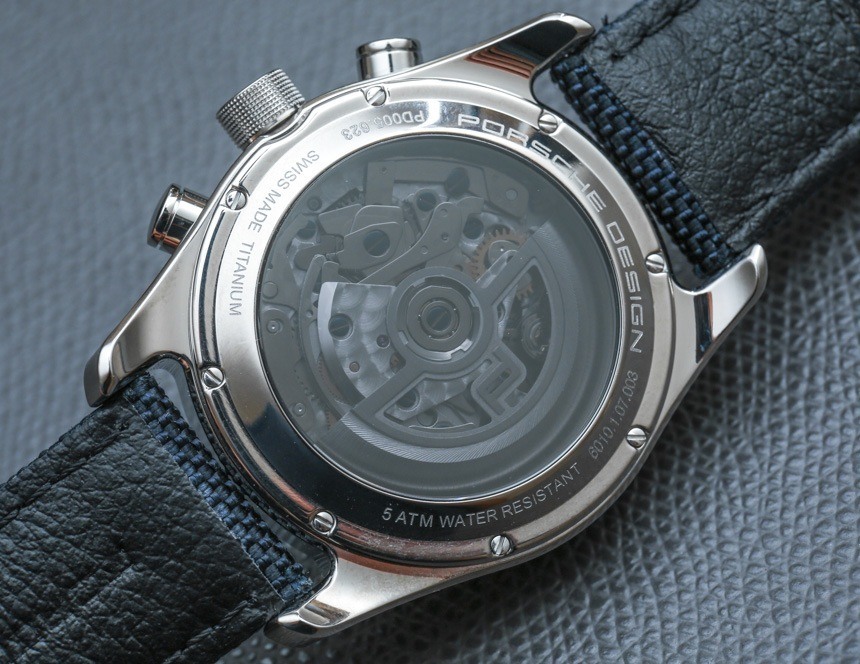 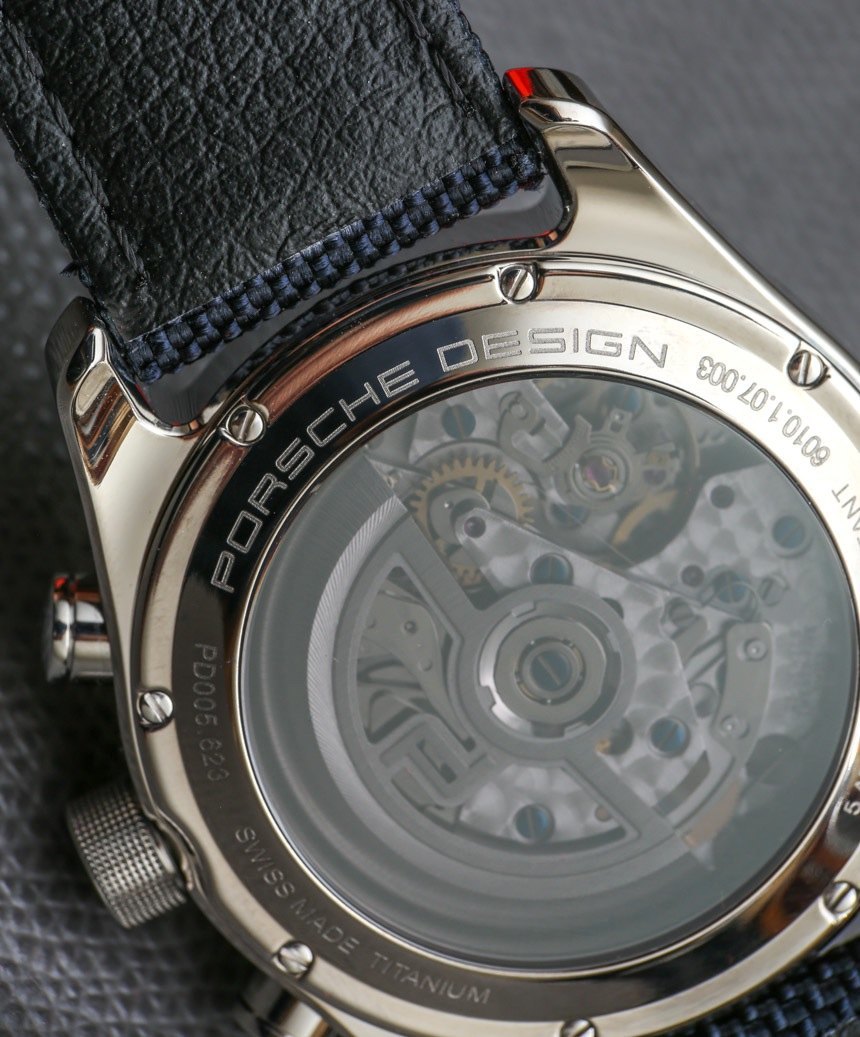 One of the more interesting design features is the dark smoked sapphire crystal over the movement on the rear of the case. Not sure why it is darkened like that, and while it does look cool, it also detracts from one’s ability to see the movement as well. Speaking of the movement, Porsche Design once again goes with a high-grade version of the good ol’ Swiss ETA Valjoux 7750 automatic chronograph. A solid workhorse, this movement works well but, of course, it is easy to claim as being less than unique. I guess that is true, but given that I have almost never had an issue with a 7750, I really don’t see any issue in using them unless a brand is charging far too much for it. 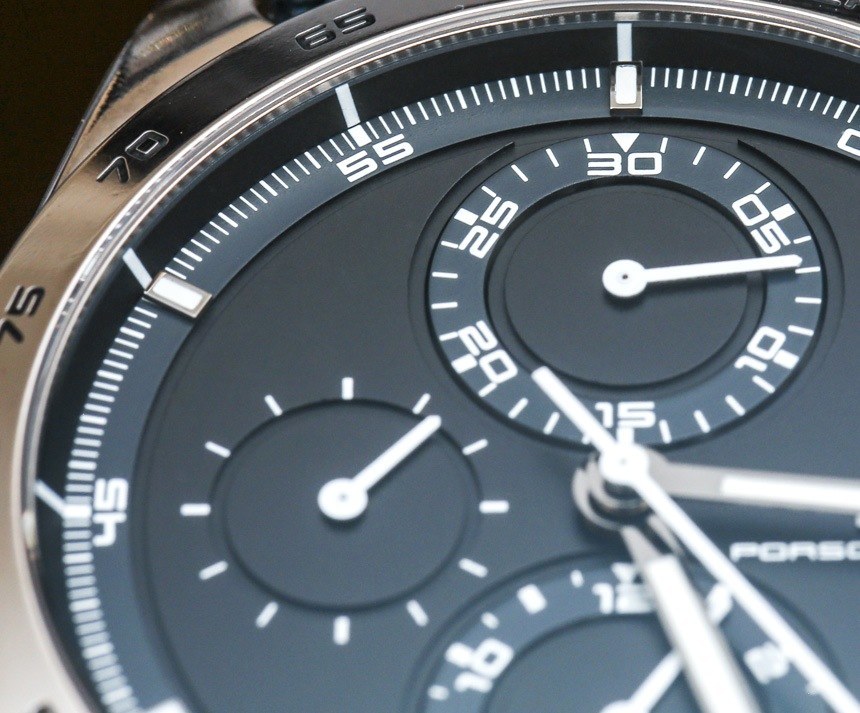 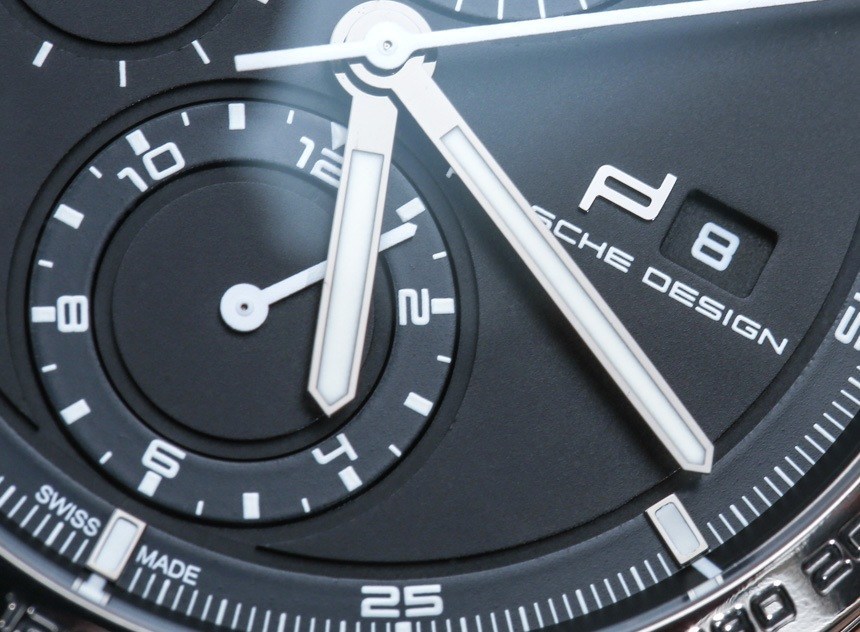 Where Porsche Design really sold me on the Porsche Design Chronotimer Series 1 was the dials. You’ll notice that there are a few dial versions available. The Timepiece No. 1 limited edition (linked to above) probably has my favorite dial with its simple clean looks, but this Deep Blue’s dial isn’t bad either. Other versions of the Porsche Design Chronotimer Series 1 have some Arabic numerals on the dial as well, so there is certainly enough variety to go around, in addition to the various small color changes that Porsche Design used for these models. I should mention that while there is luminant on the dial, it exists just on the hands and some hour markers. I would have preferred a fully lumed dial, meaning even the chronograph hands having lume. 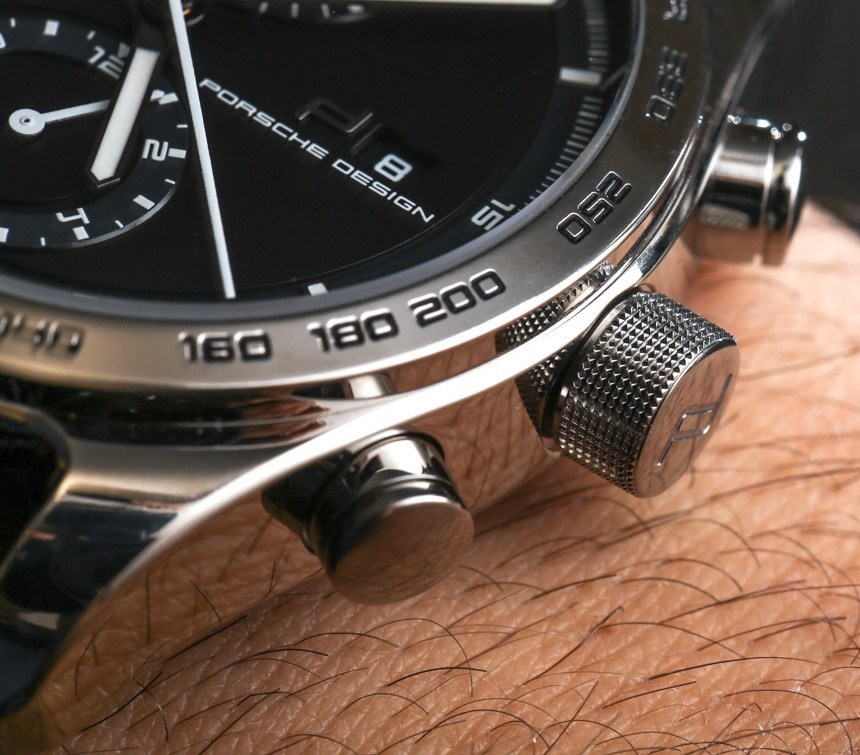 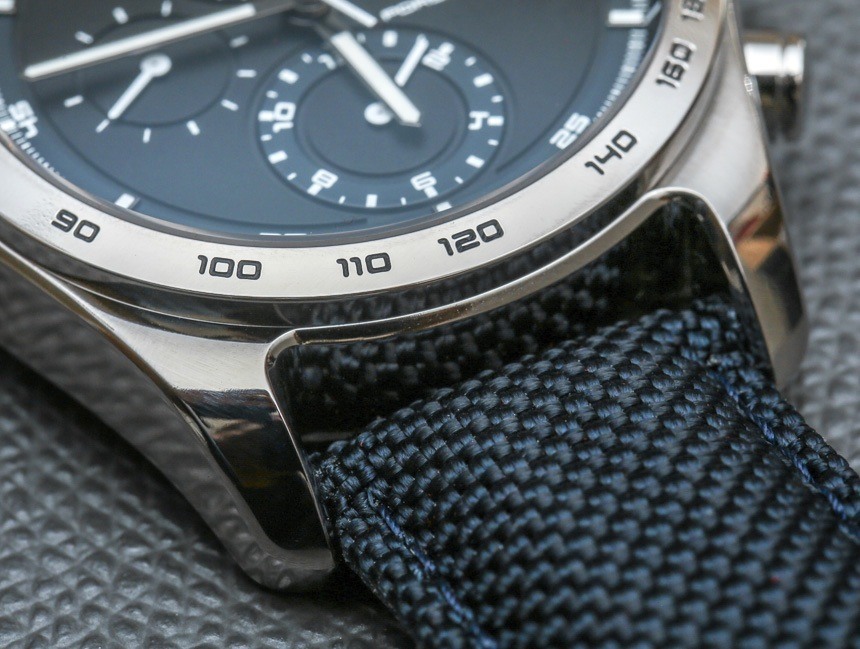 One of the most important distinctive features about this reference 6010.1.07.003.07.2 Deep Blue model is that it is the only current version of the Porsche Design Chronotimer Series 1 with a monochromatic dial – and that is sometimes I really like. Actually, if you look at marketing images of the watch, the dial appears to be black, white, and blue. That may technically be true, but for all intents and purposes, the dial appears to be black and white. It isn’t that I don’t appreciate a hint of color (such as red) in a sports watch like this, but just not all the time. Between the blue strap, polished titanium case, and black & white dial, I just feel that the watch has enough colors as it is.