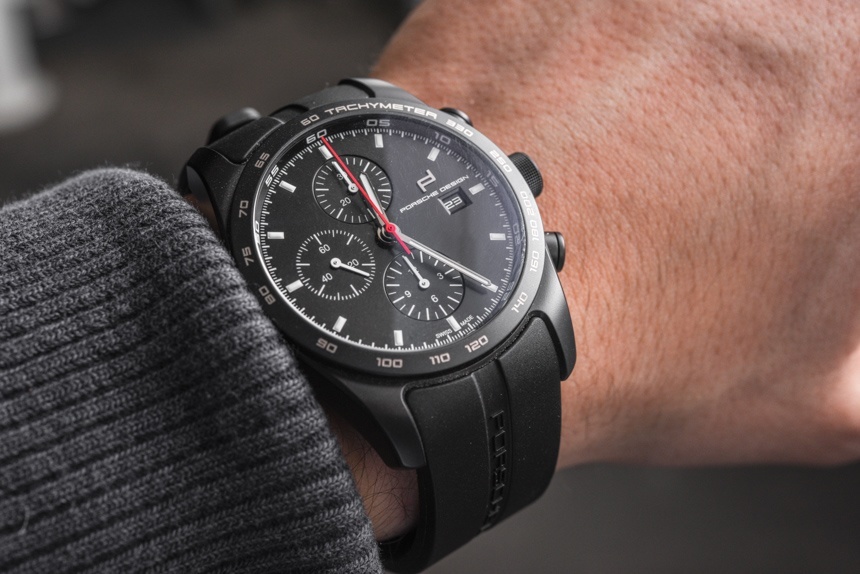 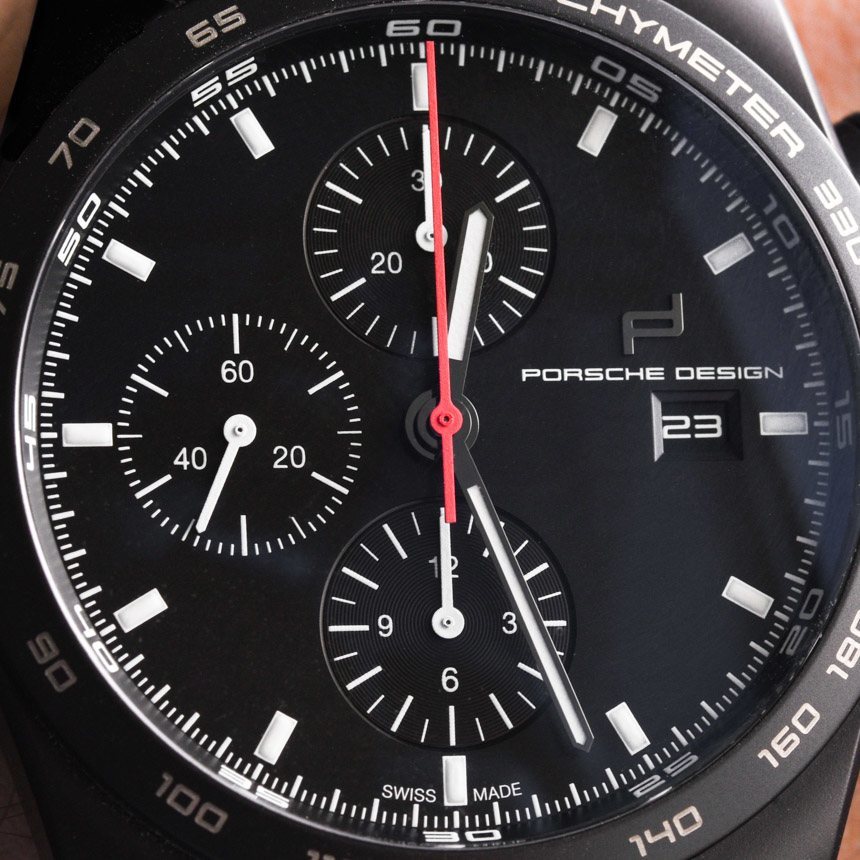 To explain the reasoning behind that unusual name, we have to briefly discuss the interesting way Porsche Design used to operate. For the past four decades, the company had 15 to 20 year-long contracts with watch manufacturers – notably (after working for a few years with Orfina), with IWC between 1977 and 1997, and with Eterna between 1997 and 2012. When that collaboration with Eterna ended, Porsche Design decided to follow its own route and not go into another 15-20 year long licensing agreement with an external manufacturer. 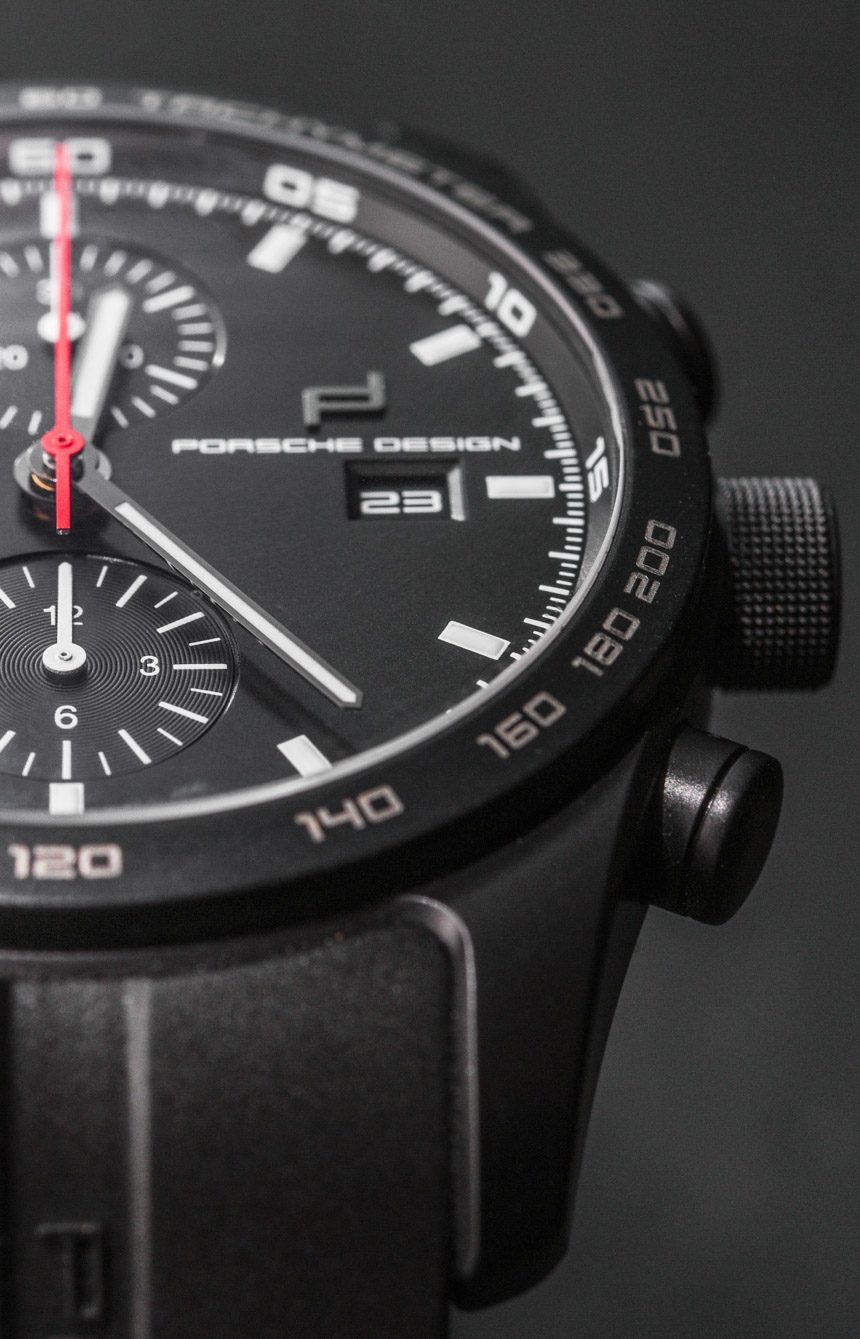 Instead – and here comes the interesting bit – they will work with external suppliers whom they will provide with manufacturing solutions, so that the supplied parts are exactly to Porsche Design’s requirements. In a sense, that is no news, as Porsche Design has always been just that: a designer of watches and not a manufacturer of them – which makes sense, given the stupendously large investment required to start producing high-quality timepieces in volume. What Porsche Design did was provide its own expertise in creating unique designs – and, of course, bring in the hugely valuable Porsche name – while a major watch manufacturer would take care of the rest. What is new, in my understanding, however, is that now they will not only provide the designs but also some manufacturing capabilities to their third party suppliers. This should primarily concern the making of cases, bracelets, and dials. 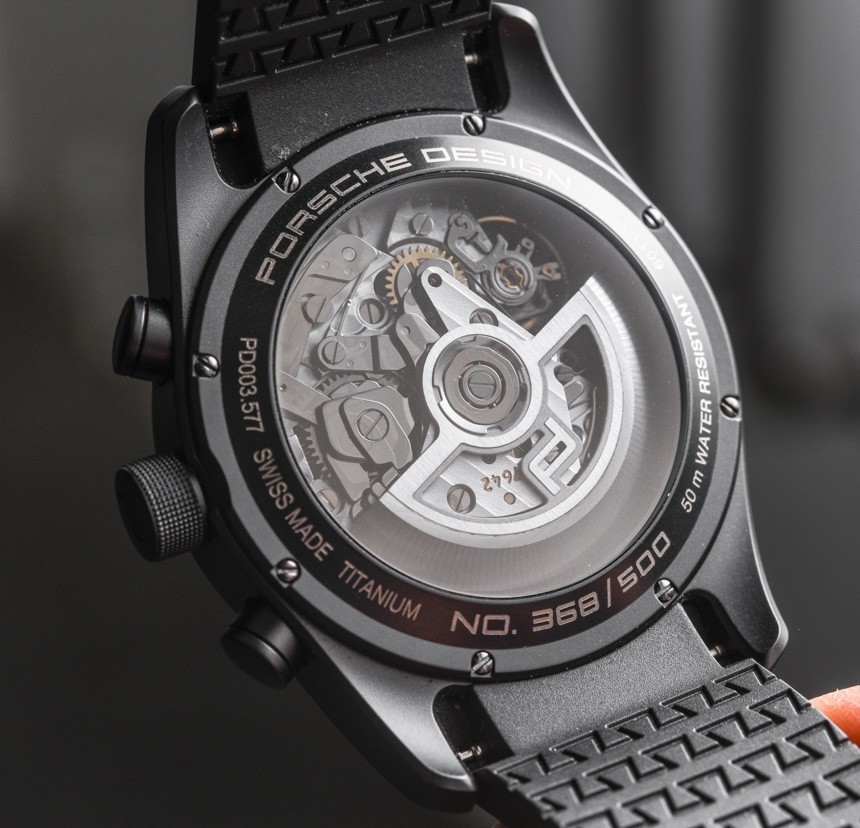 In practice, the Porsche Design Timepiece No.1 – and a number of prototypes for upcoming pieces that are under strict embargo for the time being – that I saw reflected this approach. Sometimes, what happens when brands hardly produce anything themselves is that the end result suffers: major components often have an off-the-shelf look (and/or feel) to them. That is, fortunately, not at the case when it comes to the Porsche Design Timepiece No.1 – and again, the 5-6 prototypes that I had the chance to see. 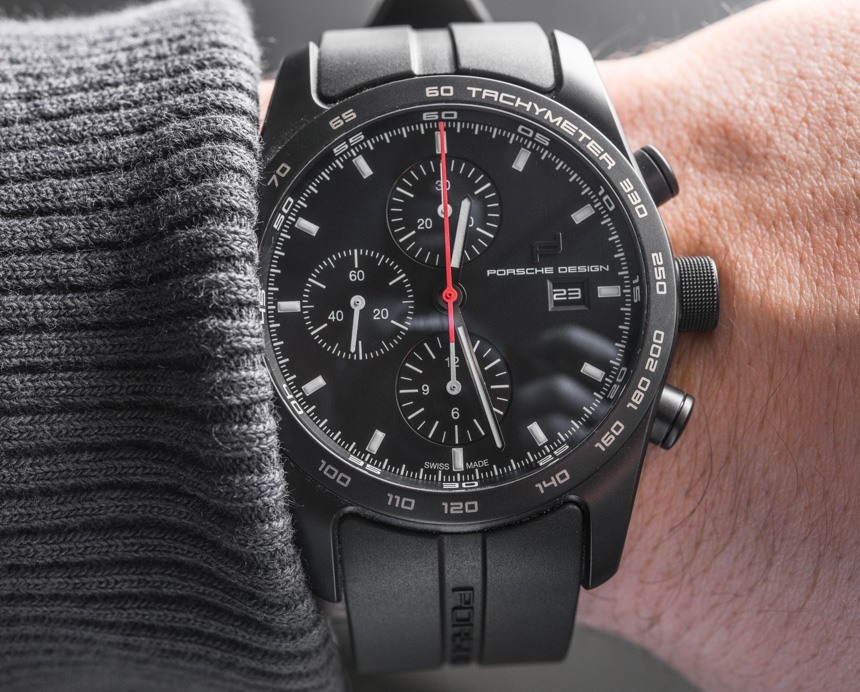 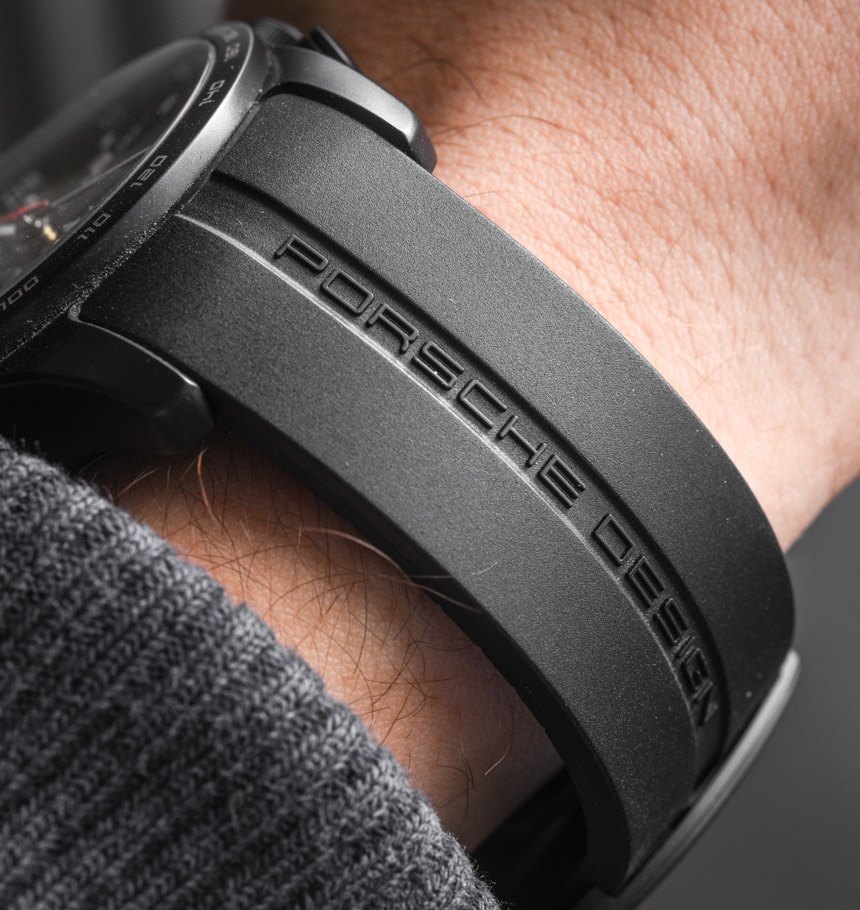 Although a more minimalistic, clean look is a trademark for Porsche Design, there is room for unique details to be found on the watches – and if anything, I feel it has to be a responsibility of the present management of the brand to keep Porsche Design’s unique looks alive as opposed to allowing it to become a bland blend of off-the-shelf parts. The Porsche Design Timepiece No.1 is available with a 42mm-wide titanium case, sporting a black PVD coating. Given that the brand’s first ever watch – from 1972 – was, in fact, the first black coated production timepiece, it must have come as natural to “(re-)debut” with a black watch. 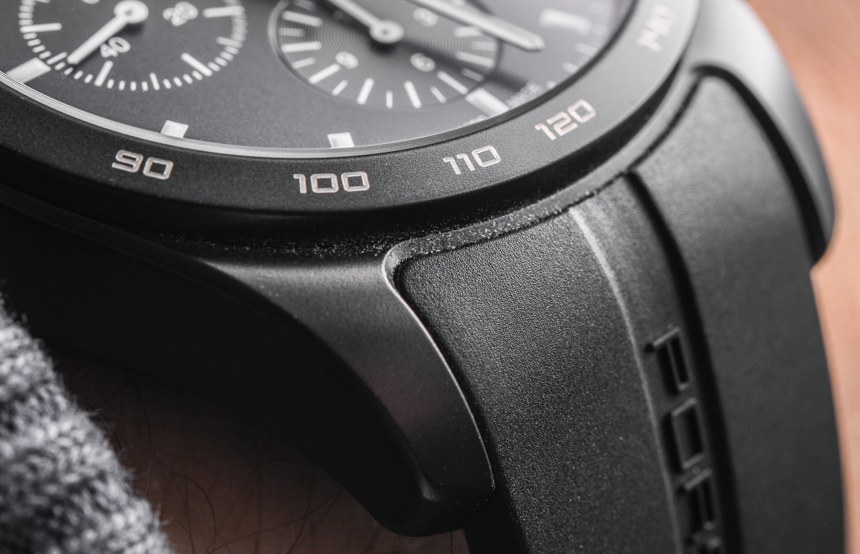 The bead-blasted, PVD-coated surface of the case is highly unusual and perhaps is the best match for the brand. The pushers and crown are also coated black and are rather large in size – a luxury that is made possible by the somewhat more restrained 42 millimeter diameter of the case. The blasted surface of the exterior has a matte but ever-so-slightly textured look to it, while the bezel features a slightly recessed Tachymeter scale with gold colored fonts. Matched to the case is a supple rubber strap with what appears to be absolutely seamless integration – a nice touch, and perhaps something that would give away an upcoming bracelet option from the brand. 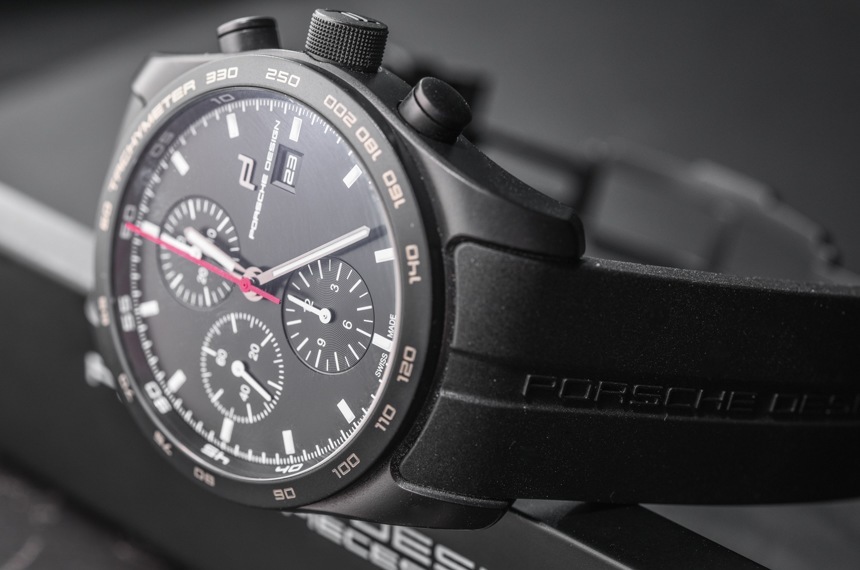 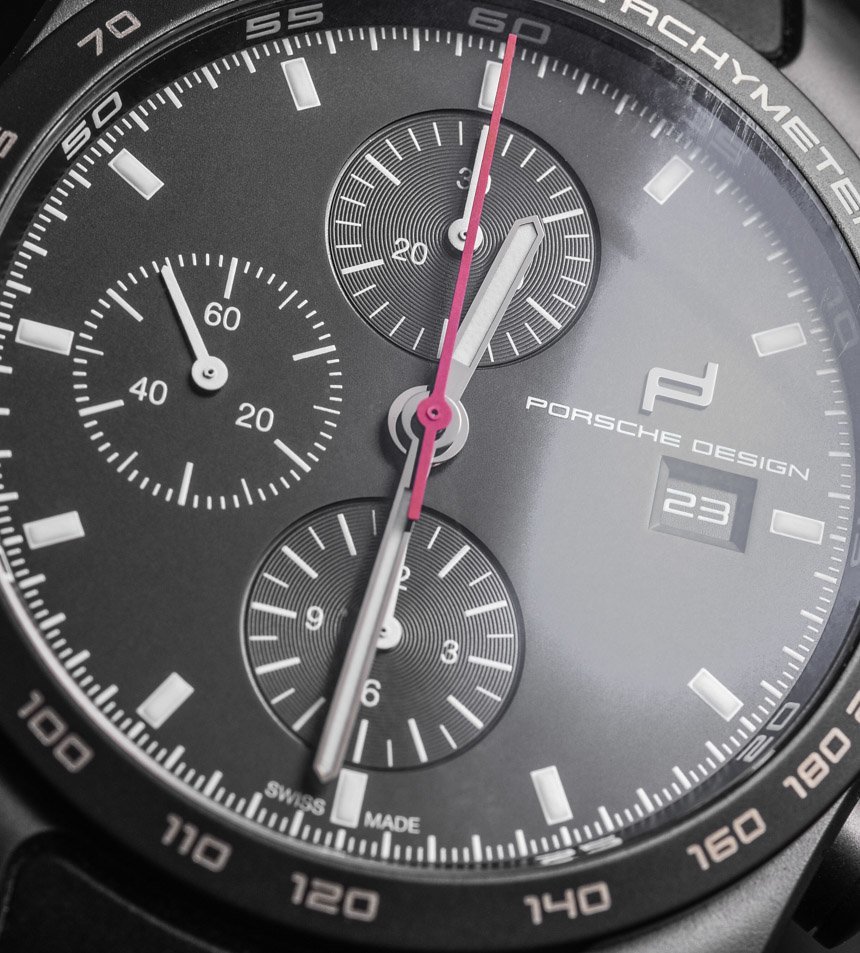 The gold theme stops right there, as the black dial remains rather plain – which is not necessarily a bad thing – with no immediately noticeable texturing and restrained design elements. One detail that I generally look for when it comes to chronographs is the color of the hands: I feel it enhances legibility and highlights the purpose of the feature when all three hands (seconds, minutes and hours) of the function are in the same color – in this case, that would have been red. Instead, some circular texturing has been applied to the 12 and 6 hour sub-dials of the chronograph, which indicates that the designers at Porsche Design did consider separating the stopwatch function’s indications but decided to paint only the chronograph seconds hand red and leave all others white. 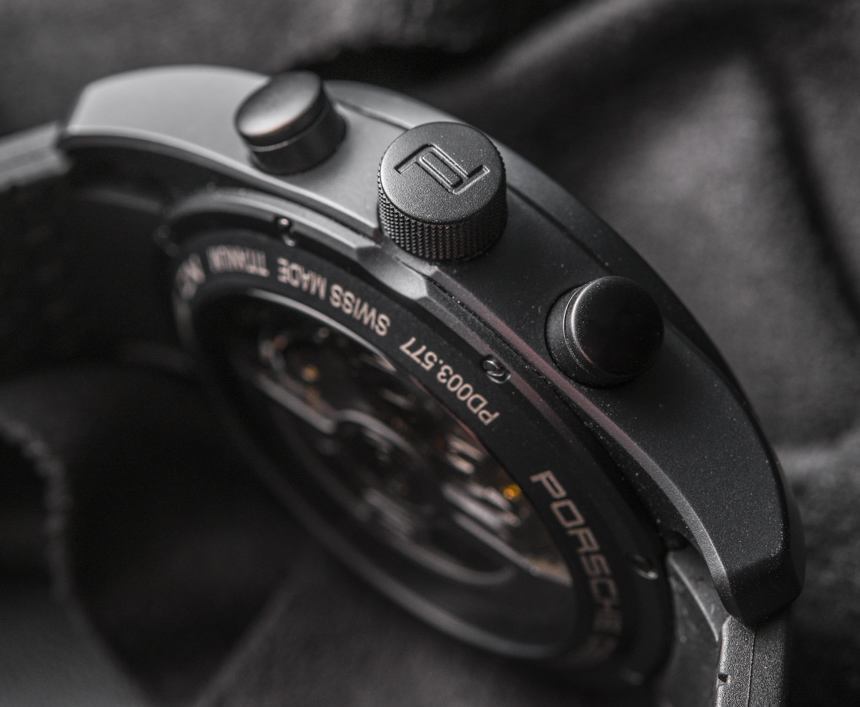 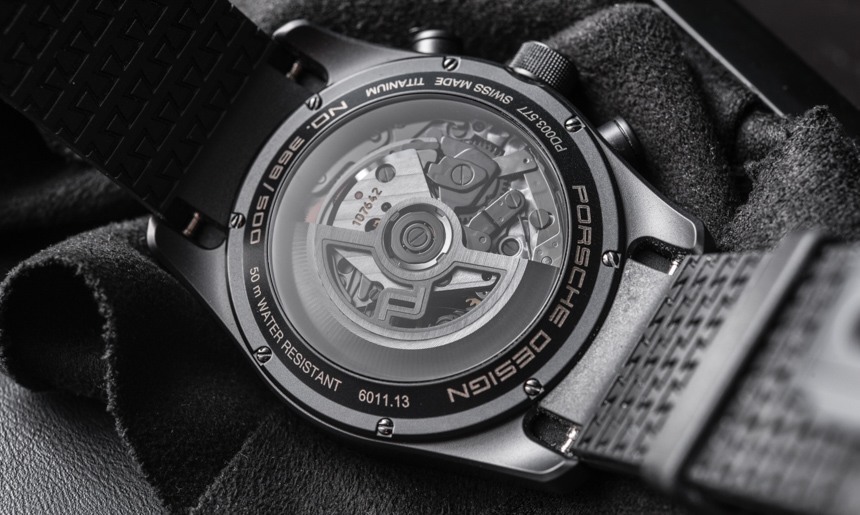 The see-through caseback gives away an ETA 7750 movement with a custom rotor – the king of modern workhorse chronograph calibers. With a past working relationship with Eterna, it would be interesting to see if Porsche Design would start equipping its watches with Eterna’s new Caliber 39 (discussed in great detail here), as I feel the fly-back chronograph version of the Cal.39 would be a perfect match for the brand. A lesser known fact is that one of the key engineers and developers of the Cal.39, also then-CEO of Eterna before the Chinese take-over, Patrick Kury is now with Porsche Design. Whether that will help or in fact set back Porsche Design’s use of the Caliber 39 is something we’ll see in the future. 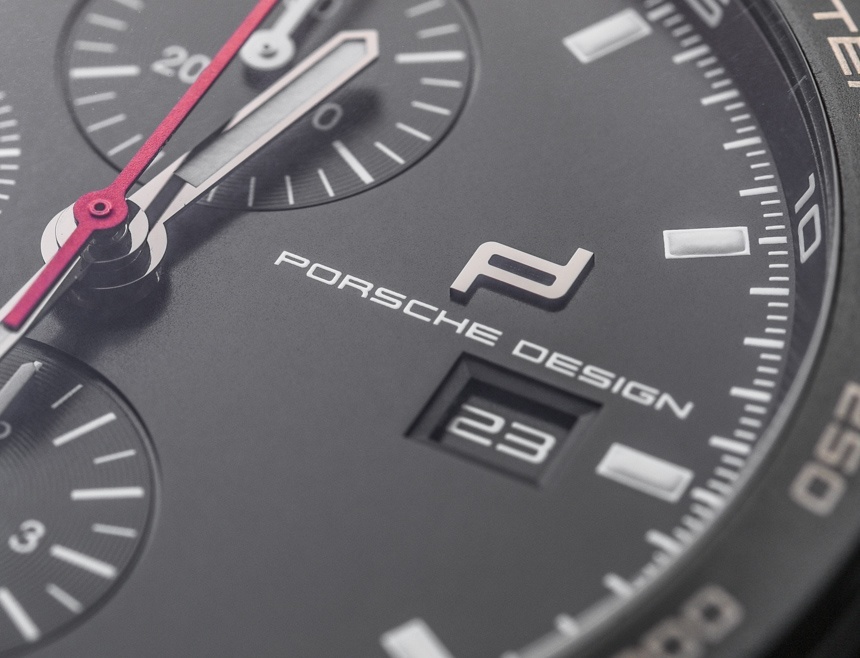 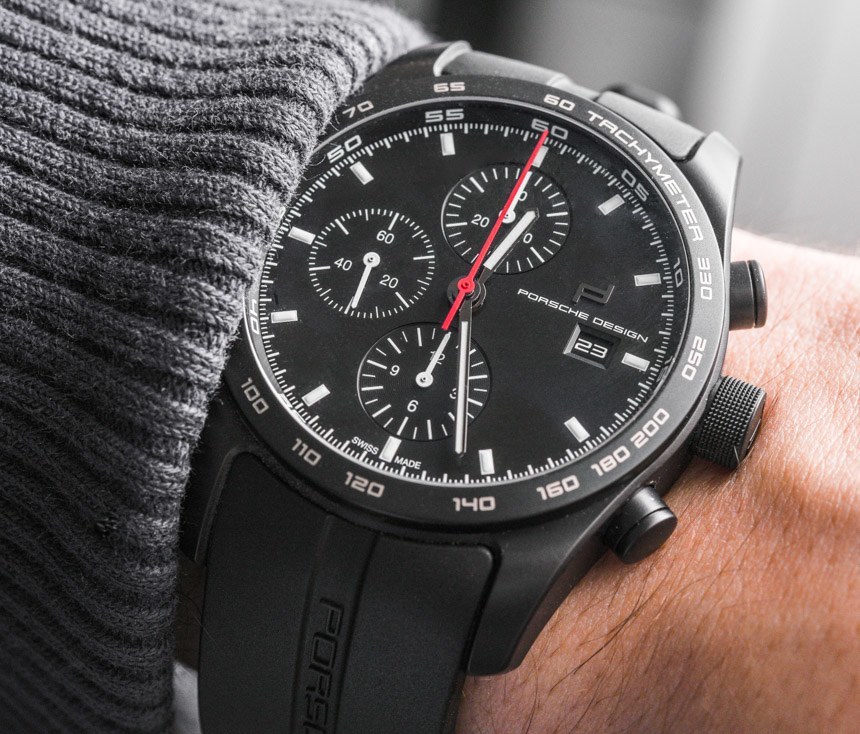 Overall, the Porsche Design Timepiece No.1 is interesting not necessarily because of its looks – which, again, are unique enough to carry on the Porsche Design DNA – but because it marks a very new beginning for the company. Having loved some of the retro-inspired designs (like this P’6540, hands-on here) as much as the funkier, more daring ones (such as the stunning P’6780 Diver, review here), I am excited to see what the future holds for the company that now, at last, is free to set its own path. The Porsche Design Timepiece No.1 is priced at $7,550. porsche-design.com