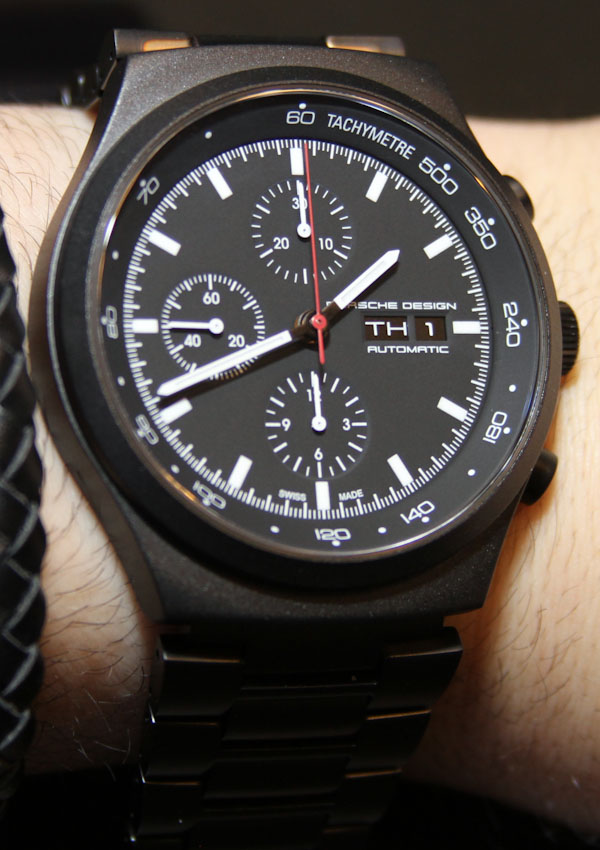 Porsche Design completes what I believe is a trilogy of “Heritage” watches celebrating the brand’s history by recreating in a modern skin some of the brand’s most iconic pieces. For 2012 it is the P’6540 that gets a new limited edition piece. Previous years saw the limited edition Porsche Design P’6520 and P’6530 watches. The P’6540 Heritage Chronograph evokes a design that originally came out 40 years ago. This is almost surprising given how modern the watch looked even then. The piece it references was called the Chronograph 1, and was the very first Porsche Design watch that coincided with brand’s launch in 1972.

From the clean dial to the lugless case, everything about the piece was modern. It was also one of the very first watches to have a black coated metal case I believe. Though back then, the metal coating was not exactly as great as it is today, and was said to have a tendency to wear off. The Heritage versions of the classic pieces are not direct analogs. They are larger and constructed using modern materials and techniques. 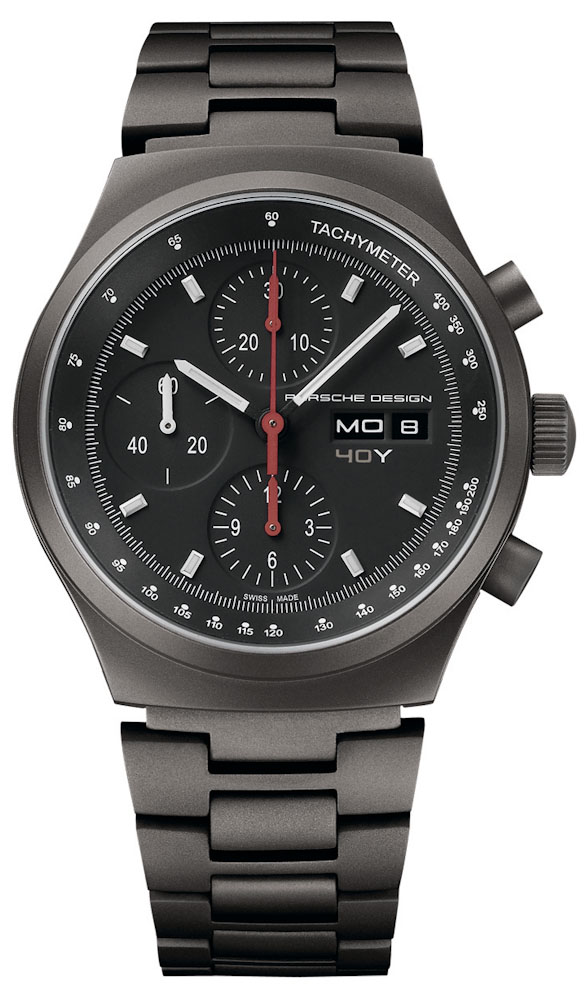 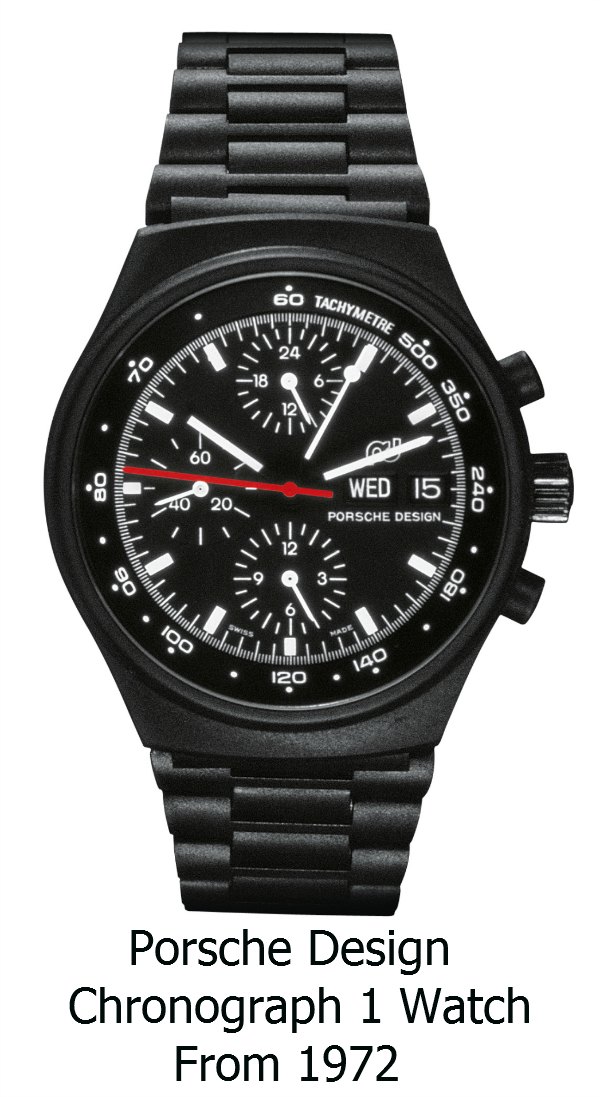 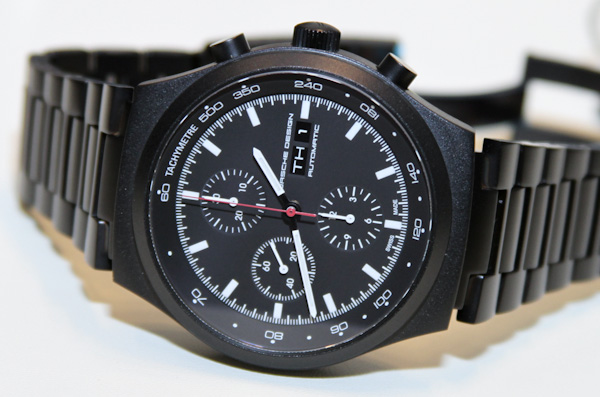 At Baselworld 2012 I got to check out an early version of the new P’6540 Heritage Chronograph. You’ll note that Porsche Design made a lot of dial changes between the prototype and the final version shown in the marketing photographs I have included. While the prototype I checked out is more like the original, I think the final version is the best looking. The original Chronograph 1 used a Lemania chronograph movement and not the ETA Valjoux 7750 used in the modern version. This required a slightly different design for the prototype model, but it lacked a bit of sexiness. The final version cleans up the dial and makes it a lot more elegant, in addition to adding some “nice watch” elements.

You’ll notice that Porsche Design recessed the subsidiary dials a bit and added applied hour markers. They also minimalized the markers in the subsidiary seconds dial and added red chronograph hands. All this changes the look of the dial sure, but honestly makes for a nicer watch in 2012. The original feels a lot like a tool watch and isn’t complete looking without the Lemania movement in a modern rendition. Thus, some updates needed to be made. Last, Porsche Design added a “40Y” label on the dial indicating that this is a 40th anniversary model. 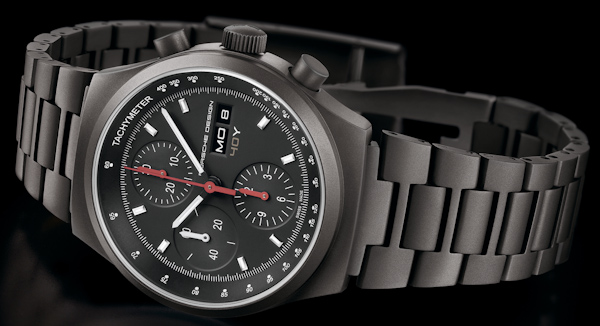 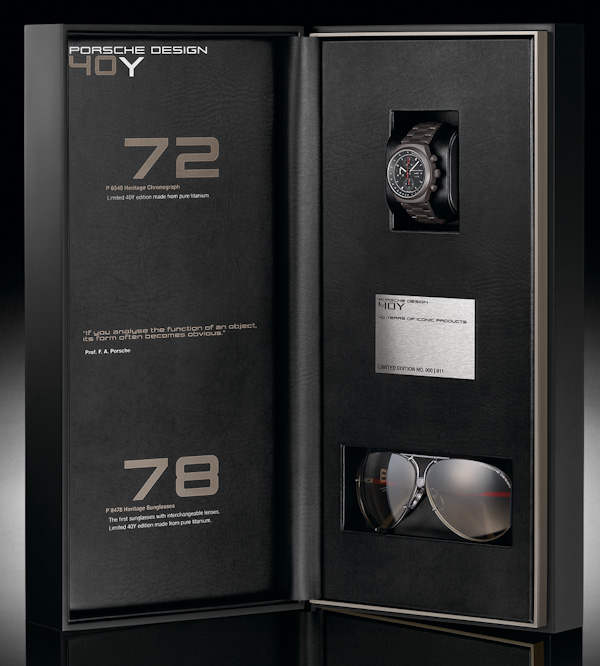 The P’6540 Heritage Chronograph (ref. 6540.10.41.0271) watch is 40.5mm wide in a bead-blasted titanium case with a blackish PVD coating. Not sure if the final version will be deep black or dark gray. AR coated sapphire crystal is over the dial and there is 100 meters of water resistance. The bracelet will be matching titanium, and is a modern take on the original. The links are a bit thicker on the modern bracelet, but it certainly carries the tone of the original from the 1970s. Like I said, inside the watch is a Swiss ETA Valjoux 7750 automatic chronograph movement with a special Porsche Design rotor. 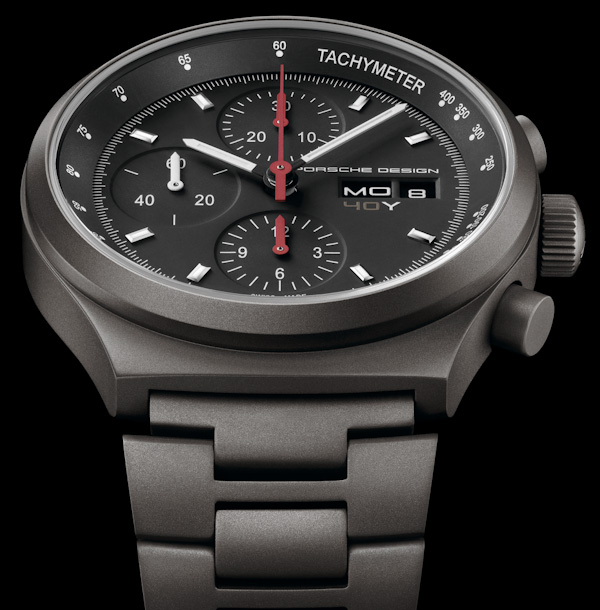 The P’6540 Heritage Chronograph will be limited to 911 pieces and is overall a pretty cool watch. It is still very masculine, and the “function and form” design philosophy of the original makes more sense than ever today. Porsche Design has created a special collector’s box set for the watch that includes a pair of P’8478 aviator sunglasses also based on the design of Porsche Design sunglasses from the 1970s. Pretty cool stuff. Price is $7,440.