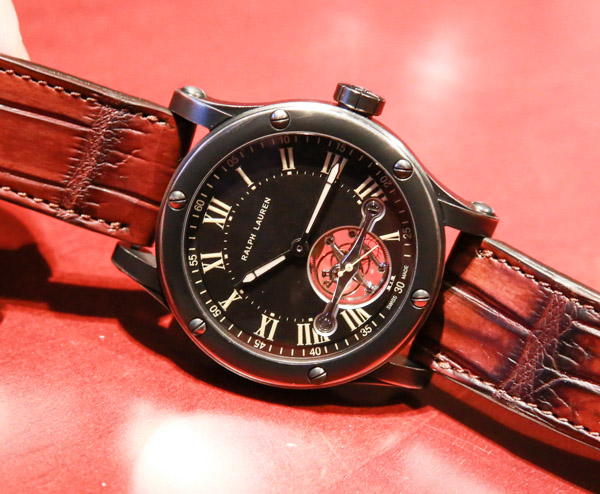 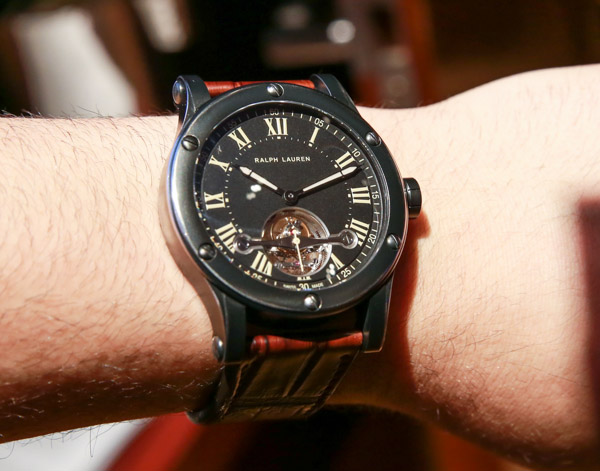 In the Ralph Lauren Safari watch collection, comes the RL67 Tourbillon (RLR0220704), a fashionable luxury watch for a major fashion brand continuing to assert themselves in the luxury watch market. The notion of a “Safari Tourbillon” is an ironic concept borne out of emotion rather than practicality. It isn’t about anyone needing this watch, but more about the personality it implies. Maybe it is like Land Rover which started as a more or less “safari truck” and is now a plaything of rappers and rich soccer moms. So is there a future in luxtopia for a safari watch? That really isn’t up to me to decide as I am not in the demographic of customers who spend $50,000 or more in timepiece purchases. To be fair, I prefer other pieces in the gunmetal (style metal) clad Safari watches in Ralph Lauren’s high-end watch range. For many watch collectors, the Safari Tourbillon may not hit a sweet spot, but for others who see the tourbillon itself as a tangible symbol of status, I think there is room for a piece such as this.

At $55,000, the Ralph Lauren RL67 Tourbillon is arguably well-priced given that most tourbillon-based watches from the watch motherland are $70,000 and over. Though, Swiss tourbillon watches priced as low as $30,000 aren’t unheard of. This particular piece has a movement produced by La Fabrique du Temps in Geneva, a respected third-party high-end movement maker. Ralph Lauren – through their partnership with Richemont – has never been about creating their own movements, but rather borrowing talent from existing high-end houses such as Piaget, IWC, and Jaeger-LeCoultre. 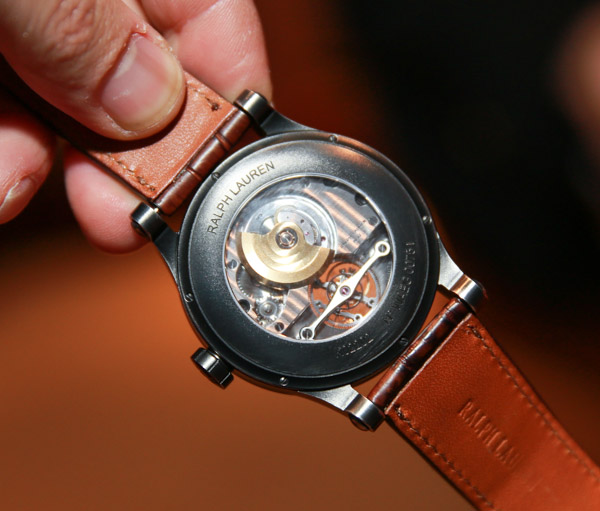 At 45mm (44.8mm) wide, the steel watch wears like a champion. The case is still technically part of Ralph Lauren’s Sporting collection, but that name seems to have been removed in favor of “Safari” here. It isn’t actually gunmetal in the traditional sense, but rather finished to look like gunmetal, which in a sense actually makes it looks better. A few years after it launched, the case and its bezel screws still have a solid handsome look to them that is very much in line with Ralph Lauren’s personal aesthetic of vintage sport performance – with a hint of “aged by activity.”