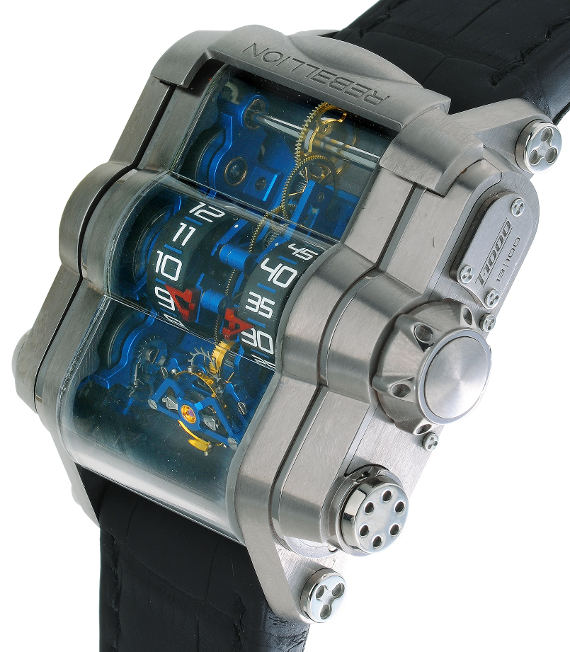 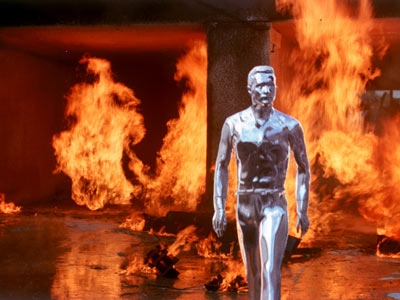 Rebellion ups the power reserve ante with REB T-1000 manually wound mechanical movement in the watch with the same name (minus “REB”). Through six barrels the movement stores 1000 hours of power reserve. What I want to know is how long do you need to wind the watch, for it to go from totally unwound to fully wound? Mechanically, the movement isn’t super complex. It has been specially designed to be symmetrical, which is interesting. All the “guts” are squeezed in the middle, and the balance wheel has been exposed in a unique way. It reminds me of a flattened Corum Golden Bridge movement. The real cool part of the movement is the six mainspring barrels that contain all the power, and are connected via the chain transmission. Time of course it told on the two moving cylinders. There is also said to be a power reserve indicator. An interesting exercise in mechanics and design from Rebellion. In titanium and $105,000. 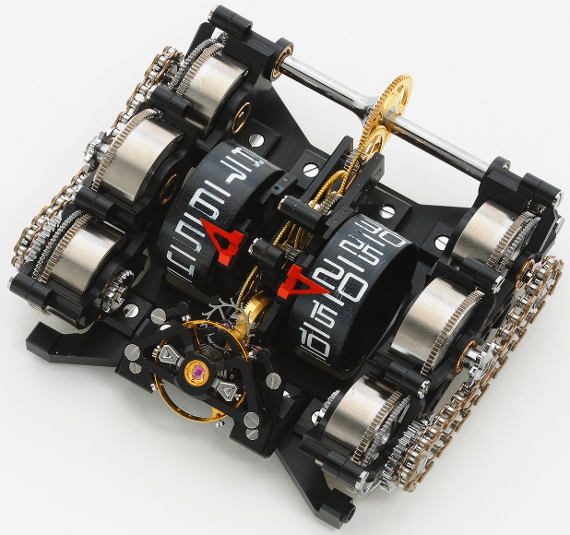