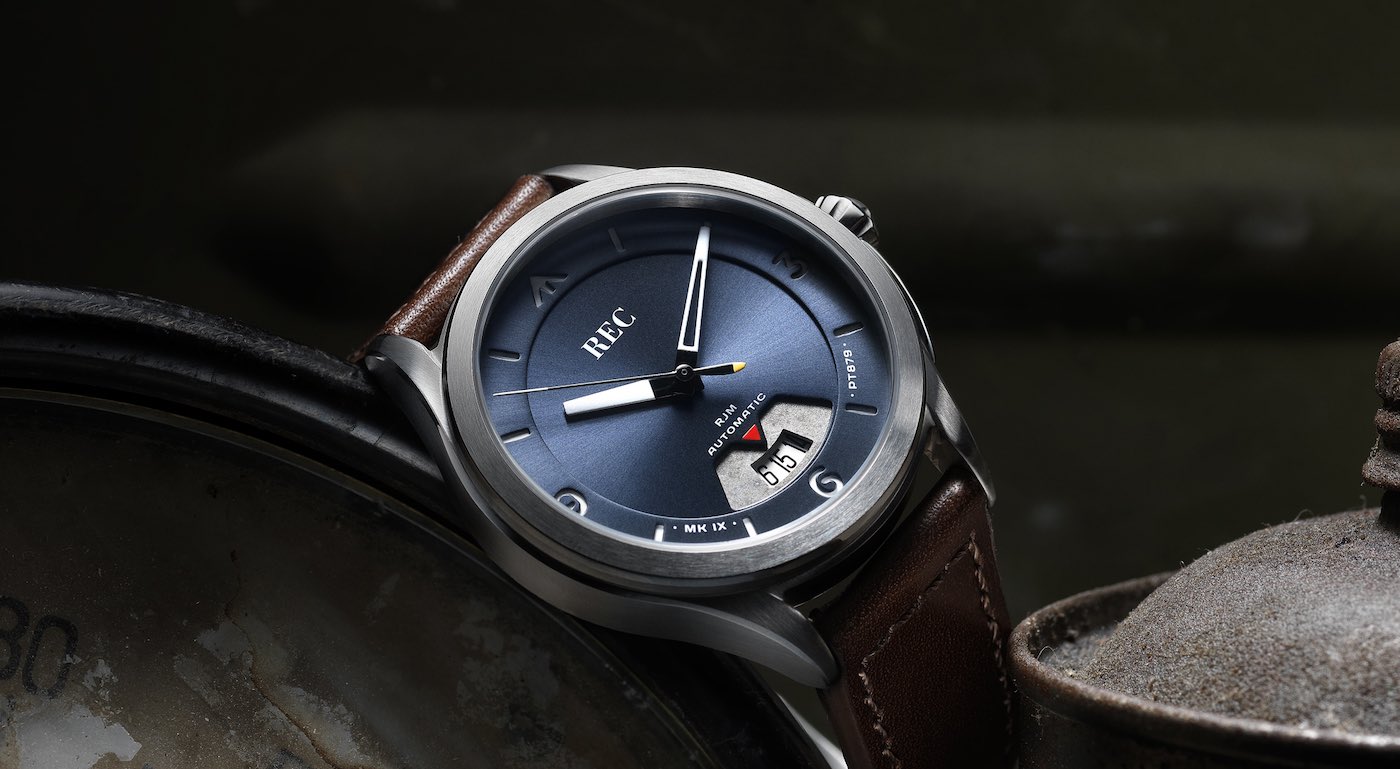 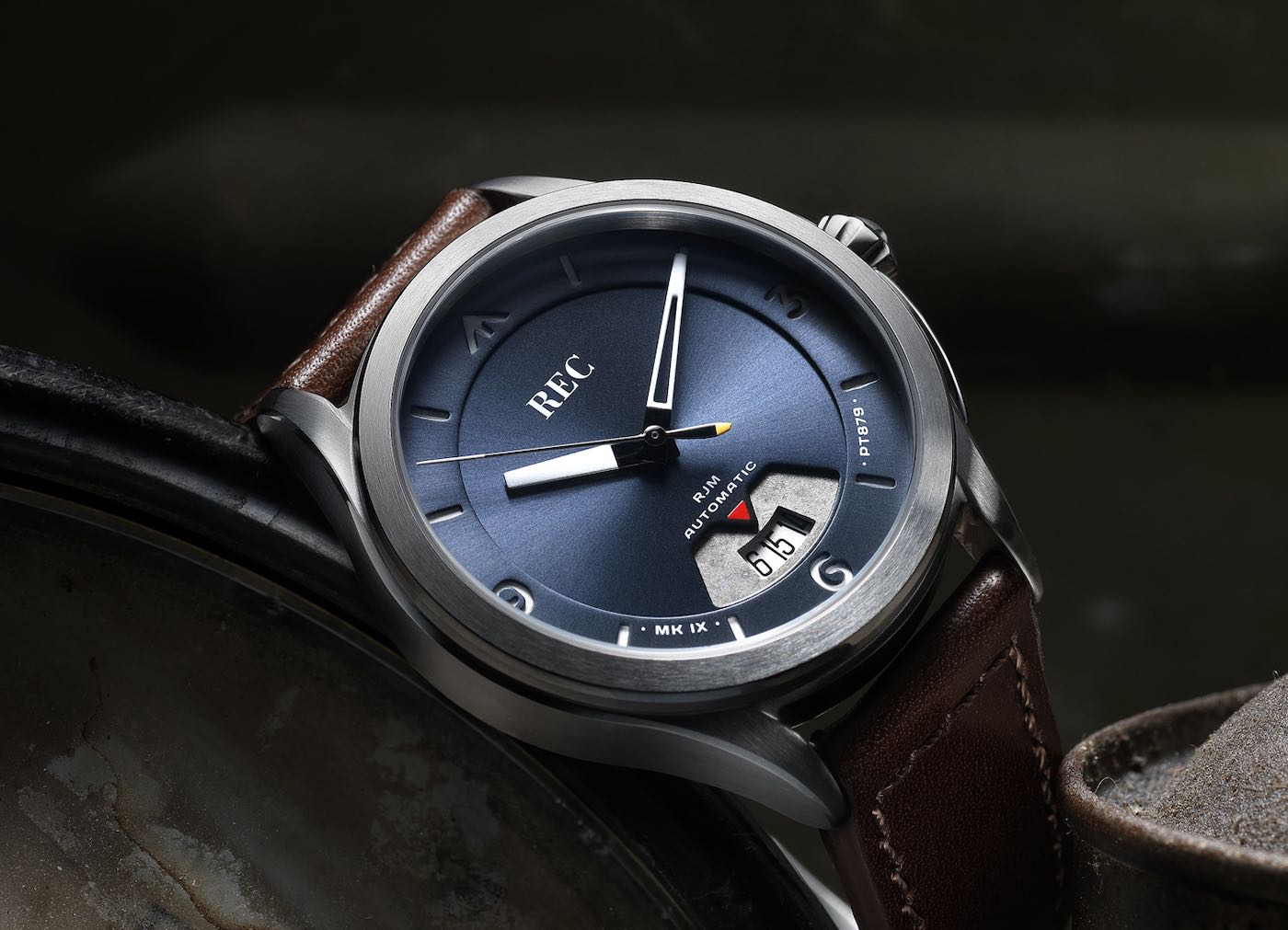 Whenever a press release opens with the tale of Spitfire crashing into the Russian tundra during a dogfight, you find your interest piqued and your expectations of what is to follow suddenly raised. That was the experience I enjoyed yesterday when I opened the presentation pack for the REC RJM 04 Bluebird Limited Edition watch. This watch has a backstory like few others and, quite refreshingly for a piece whose design could have played a muted second fiddle to the material’s origin yarn, turns in a handsome performance on the wrist. 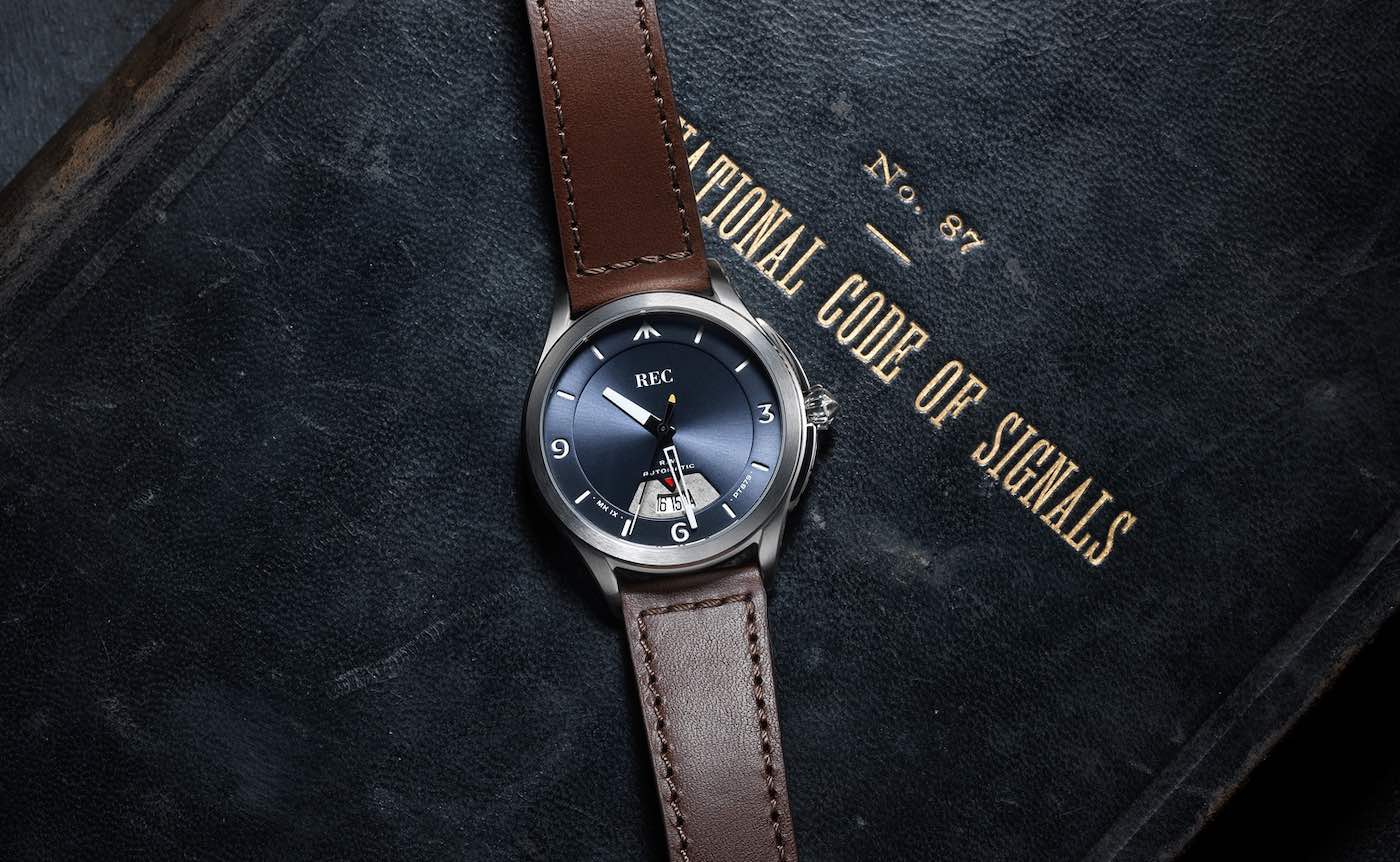 REC previously released three models using metal recovered from the crashed PT879 (otherwise known as the “Russian” Spit). With just a little bit of metal left from the tip of the left-wing, a further project was conceived. Thus the REC RJM 04 Bluebird came to life with its aluminum date surround, set between 7 and 5 o’clock on a blue sunray dial. 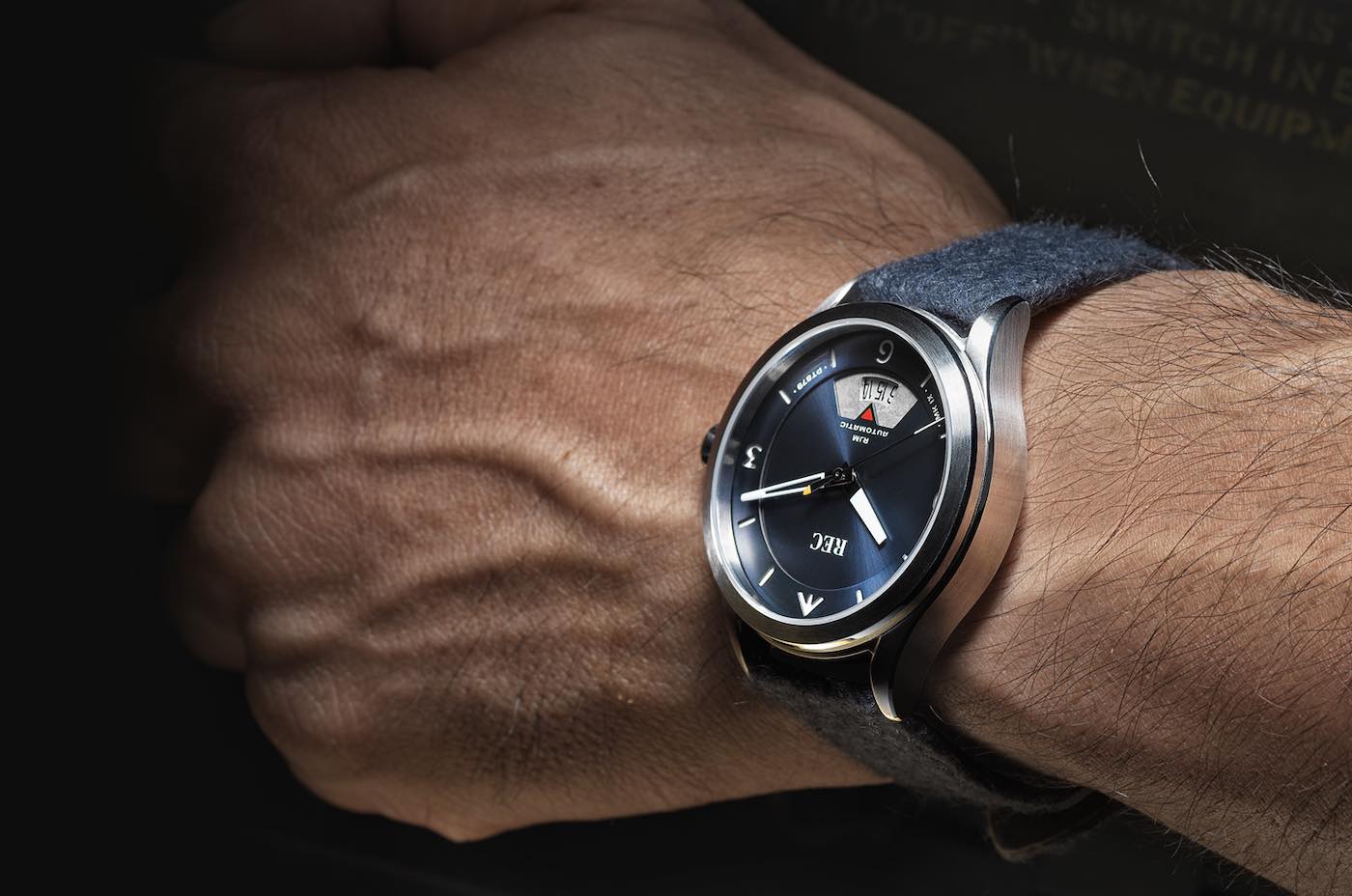 That shade of blue is inspired by the uniforms worn by RAF servicemen and women and is a fitting tribute to their sacrifice, and a fine release to mark the end of RJM’s run. Yes, this timepiece is the fourth and, quite sadly, final RJM watch. Given the concept was limited by the scarcity of the material needed to give the watches their unique character, the days were always numbered for this series, but it has, in total, been a fine run and a job well done. 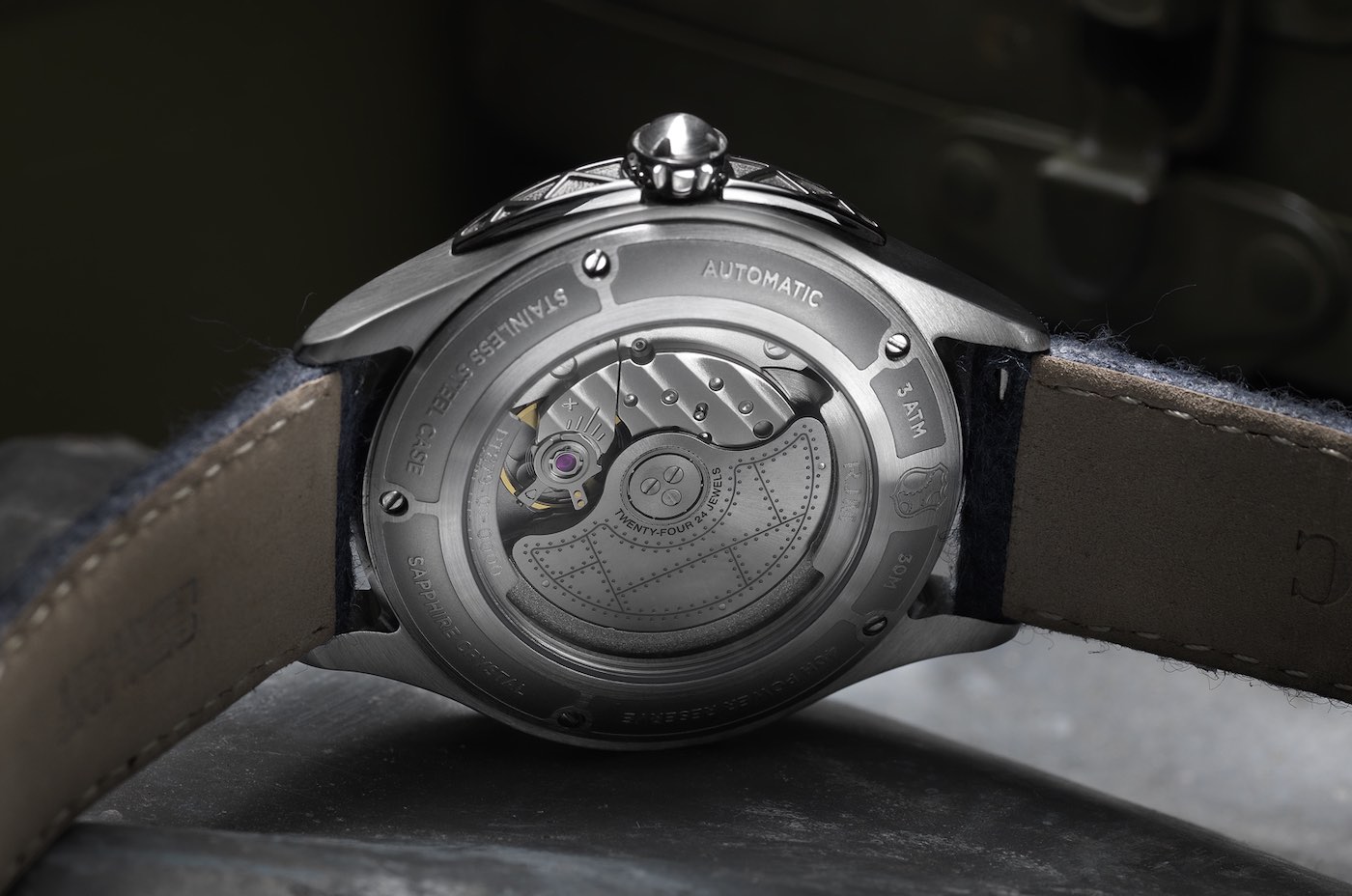 The case shape is inspired by the military watches of WWII but has been enlarged to suit modern tastes. The 316L stainless steel case measures 40mm across and is fitted with the self-winding Miyota 9015 movement. The prominent crown guard takes its form from the elliptical wing shape and wing structure of the Spitfire. The yellow-tipped, propellor-shaped counterpoise of the seconds hand is a real treat, and the kind of detail collectors of military timepieces are likely to appreciate. 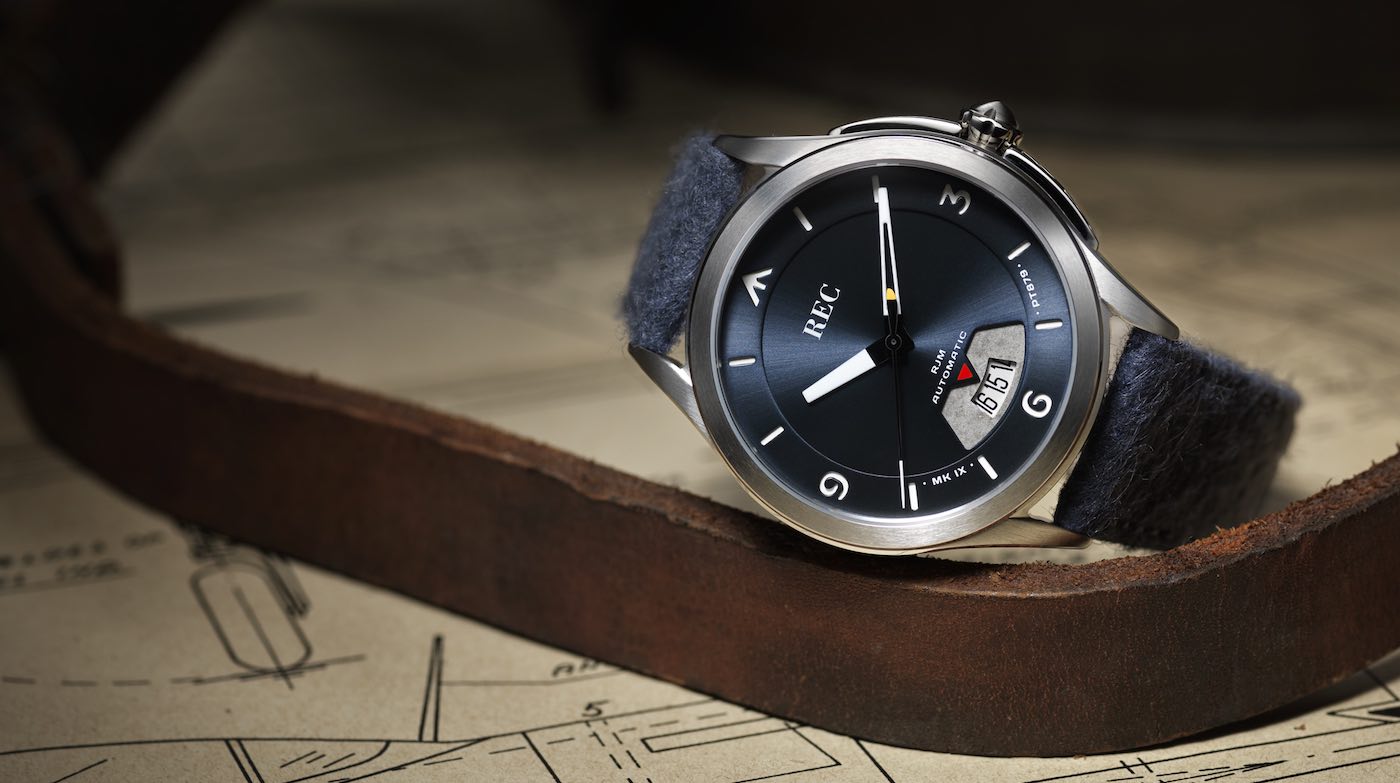 And the brand is winding down on a high. The REC RJM 04 Bluebird is a neatly designed package that utilizes a range of smart design decisions to provide a high degree of functionality at a surprisingly accessible price. The hands are excellently designed, providing superb legibility at day or night. The skeletonization of the minute hand means the hour hand can be seen and read at all times, even when the hands overlap (an often overlooked aspect of hand design). The sandwich dial ensures greater lume homogeny than pad-printed lume and is a more affordable option that applied luminous indices of the same glow strength. 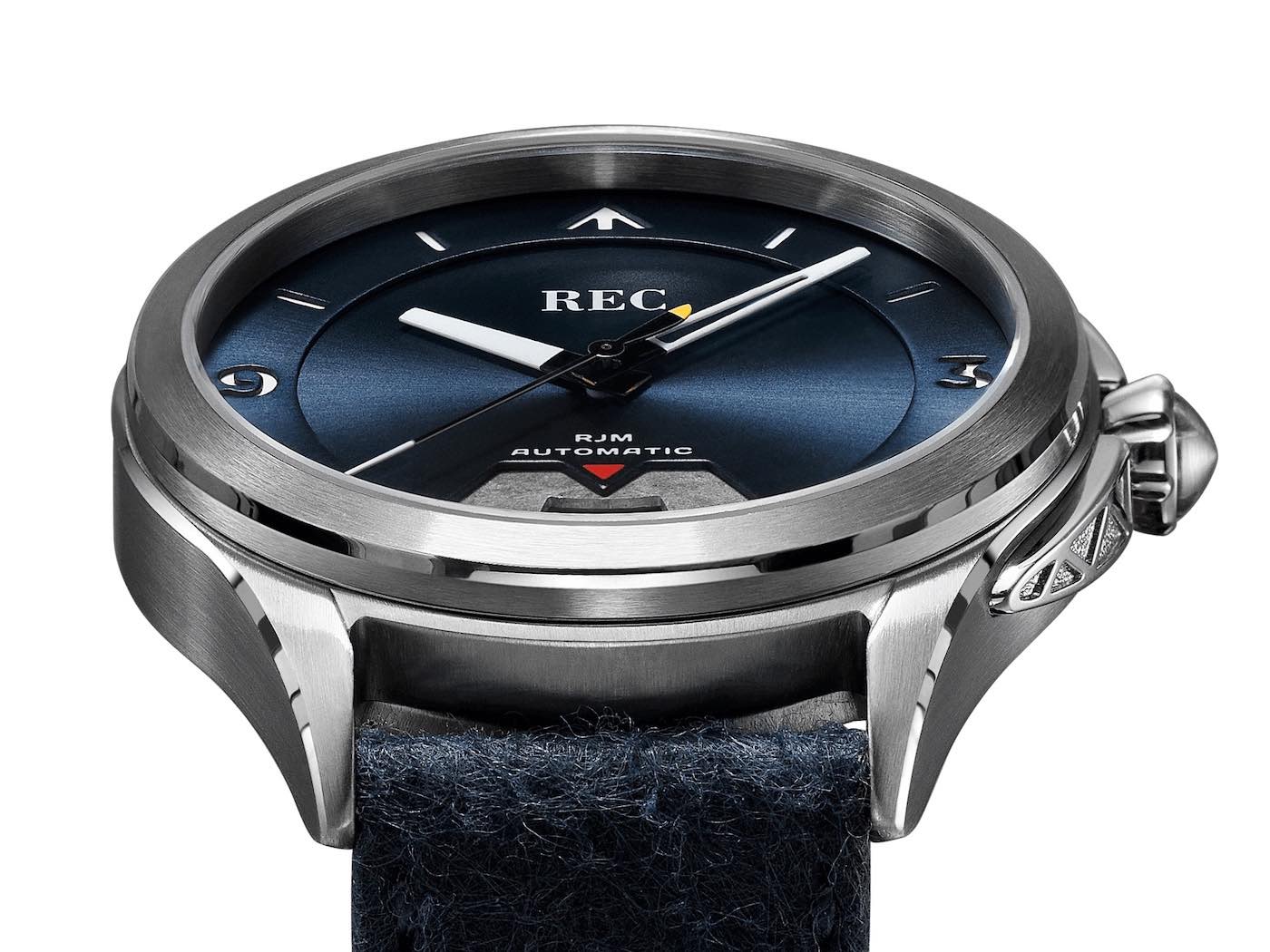 For fans of military aviation history, there is one further treat in store. Part of the profits from the RJM 04 Bluebird will be put towards the continued restoration of the crashed donor Mark IX Spitfire aircraft, the PT879, to get it airborne once more.The REC RJM 04 Bluebird is limited to 334 pieces and will retail for $1,295. Learn more at recwatches.com.