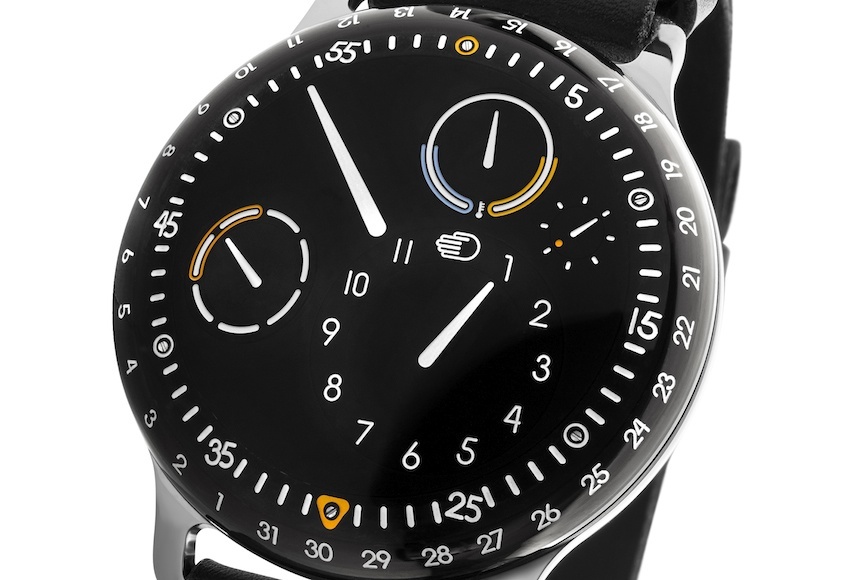 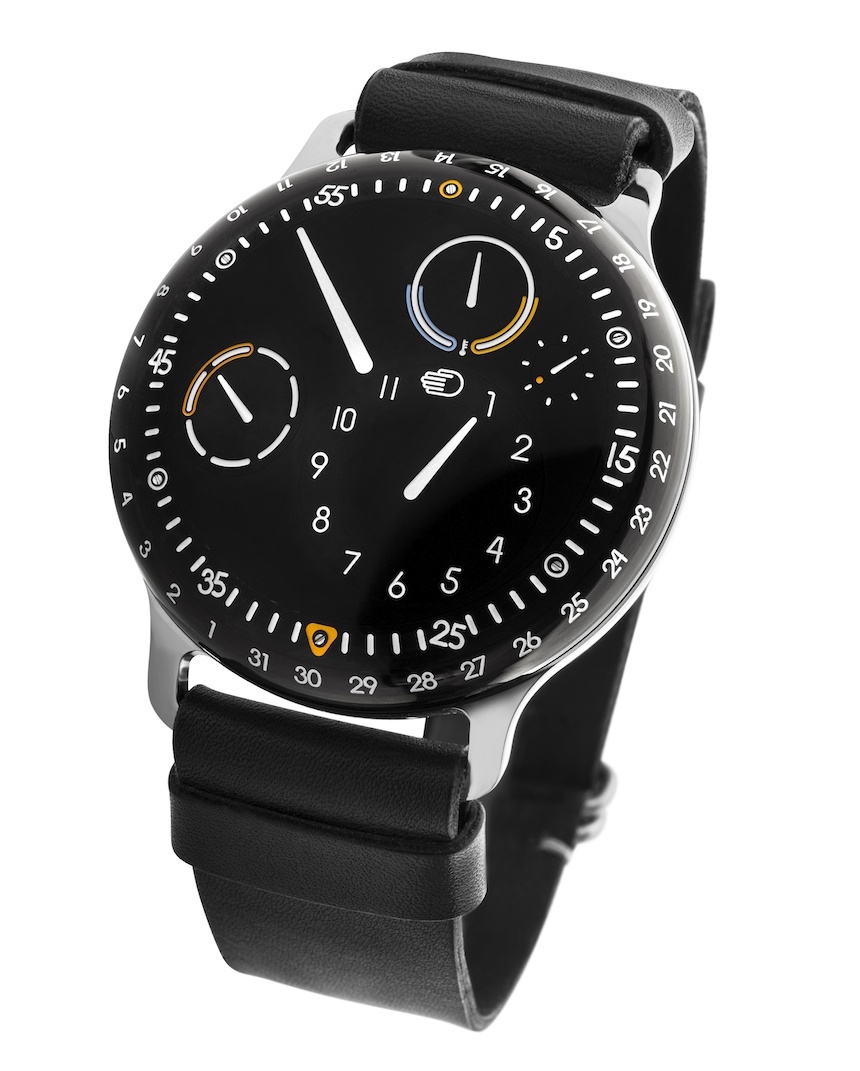 While the meaning of unique is so watered down that it challenges “in-house” for sheer over-use, I have trouble thinking of a more appropriate way to describe Ressence watches. I would be surprised if anyone reading this wasn’t aware, at least visually, of their Ressence Type 1 and Type 3 models which, in living up to the brand’s tag line, have evolved “beyond hands.” Announced just ahead of Baselworld 2015, Ressence has reworked their Type 3 model to include a temperature gauge to monitor the oil that fills the upper case element.

Much like the original Ressence Type 3, the new Type 3 is 44mm x 15mm in size with a three-part case that is essentially two sapphire domes mounted to a titanium spine. The spine also forms the lugs and can be had in matte or polished finish, each with a DLC coating. Thanks to an extensive use of titanium, the total weight of the new Ressence Type 3 is just 75g, mounted on a leather strap with a matching titanium buckle.

The magic of the Ressence Type 3 design relies on the cooperation between the upper and lower (front and back) sapphire domes. The upper segment is the oil-filled dial and displays, which is made possible by the Ressence Orbital Convex System, or ROCS. The dial is convex, and thus, the sub-dials have to be perfectly rendered to operate within the main dial element while appearing to share its curvature.

This top sapphire dome is filled with 35.2ml of oil, which gives the impression of zero depth between the inside of the crystal and the dial. This visual punch is not fully communicated by photos, but it looks entirely unreal in person and finalizes the visual effect of a very clever overall design. 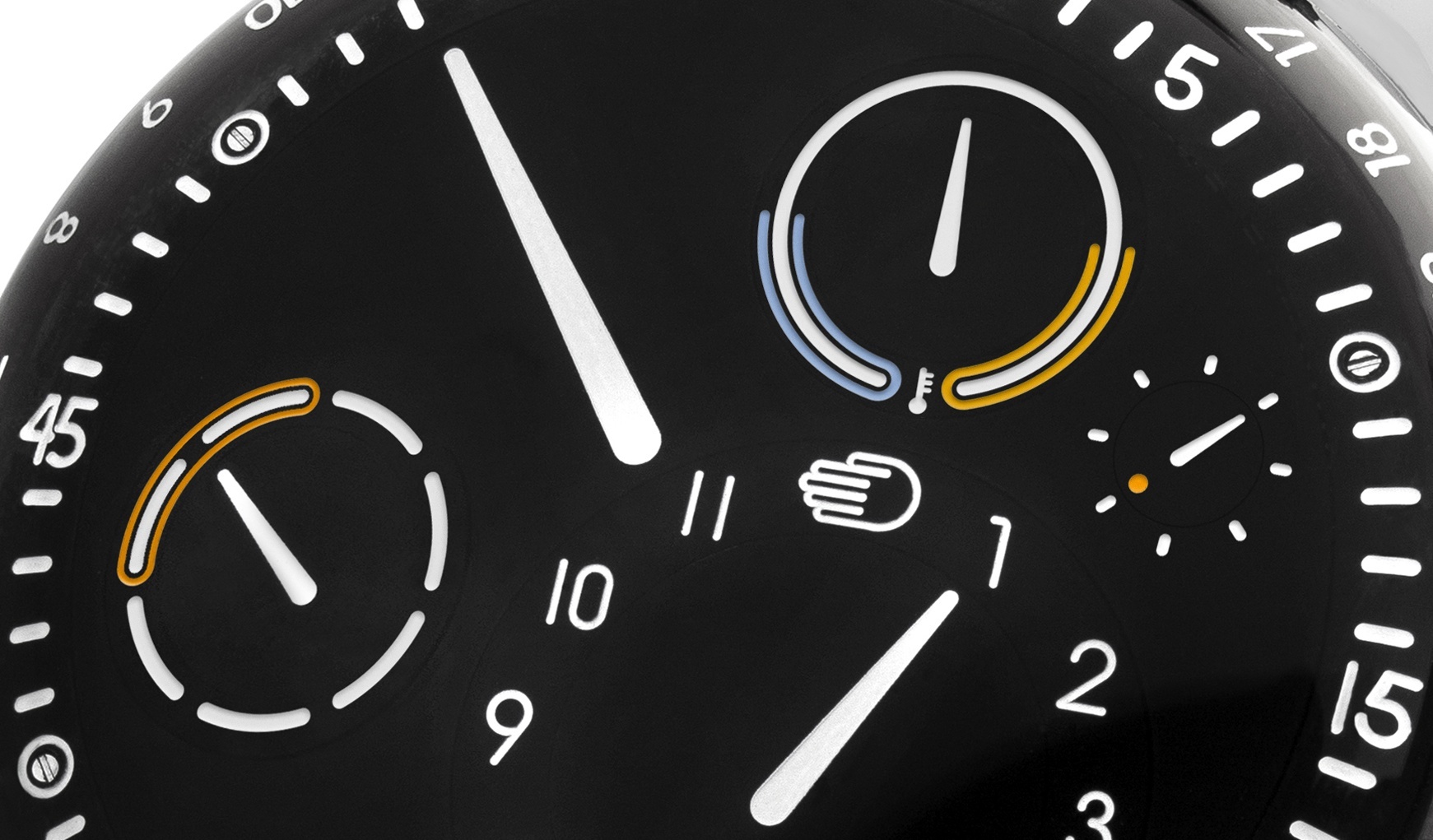 The ROCS is a mechanical system that converts the the capabilities of a traditional watch movement into what we see on the dial of the Ressence Type 3, all without a physical connection to the movement itself. As a whole, the new Ressence Type 3 uses the ROCS3.2, a 4 Hertz automatic movement with 36 hours of power reserve, 77 jewels, 44 gears and 347 components.

The bulk of what we know to be the traditional movement is actually in the lower segment of the case. The upper and lower segments, while mounted into the central spine, are actually “connected” via a network of magnets that allow the movement to interface with the dial system, despite it being sealed off and filled with oil. 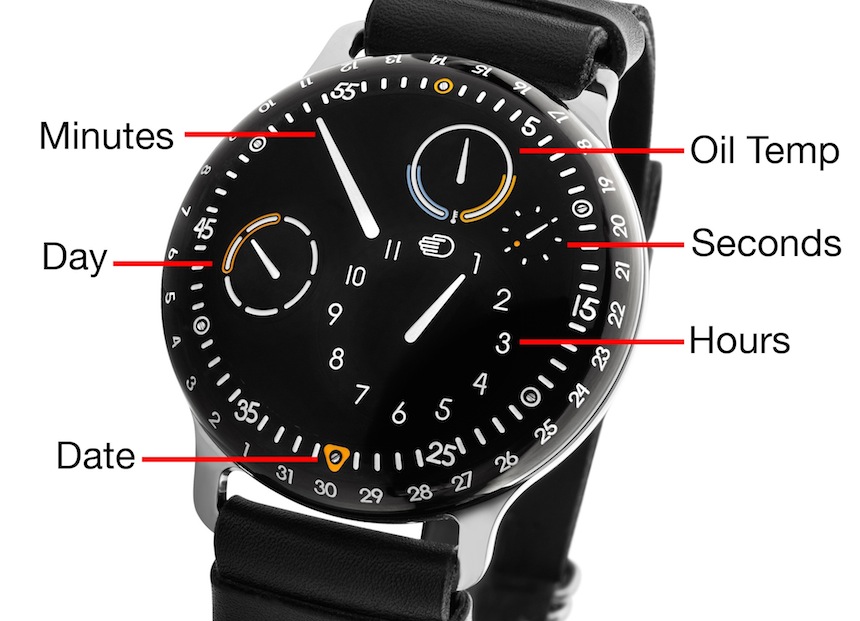 Winding and setting are done without a crown and instead rely on the rotating sapphire case back for control over the movement. Once set, the new Type 3 offers hours, minutes, seconds, day, date, and oil temperature and, while the dial may appear rather busy, once you know what to look for, it’s surprisingly easy to read.

The rationale behind the addition of the oil temperature gauge is that oil is very susceptible to temperature fluctuation, which can cause expansion (heat) or contraction (less heat). The Ressence Type 3 uses seven specialized bellows to facilitate the oil’s reaction to external temperature. Now, for the new Ressence Type 3, Ressence added a mechanical thermal gauge to indicate the optimal running temperature for the oil. The 0.5 millimeter bi-metal spiral is mounted 0.1 mm under the discs to capture the slightest temperature changes inside the oil, which can range from -5 C to 55 C (23F to 131F).

I grit my teeth whenever my brain tells my fingers to type “unique,” but I feel that while the new Ressence Type 3 is iterative, Ressence as a whole is about as unique as one can be within the watch making game. If there’s a rule book, they haven’t seen it. As always, terms like “unique” are not exactly bylines for affordability, making the new Ressence Type 3 a rather unique way of spending $42,200. ressence.eu