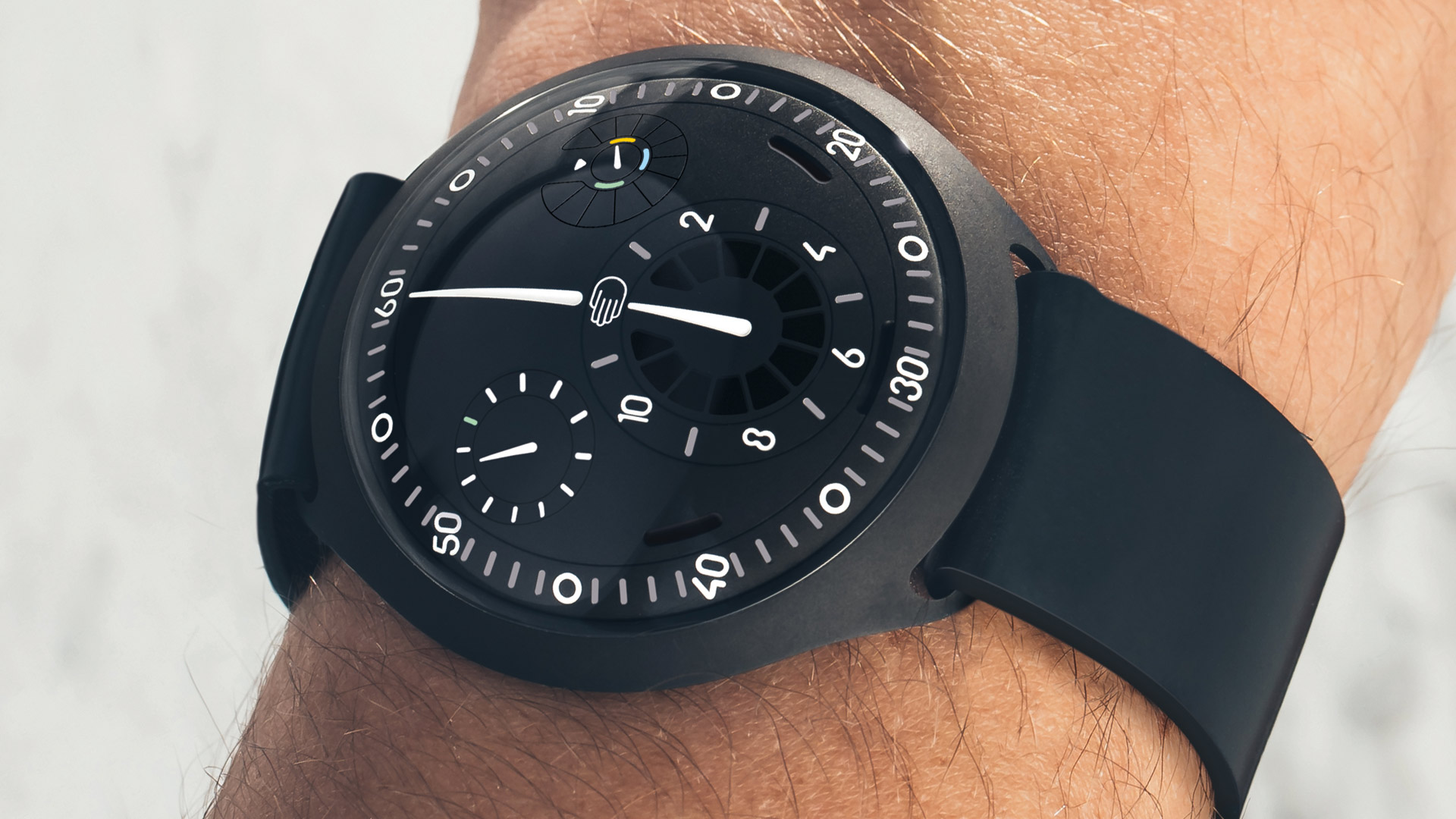 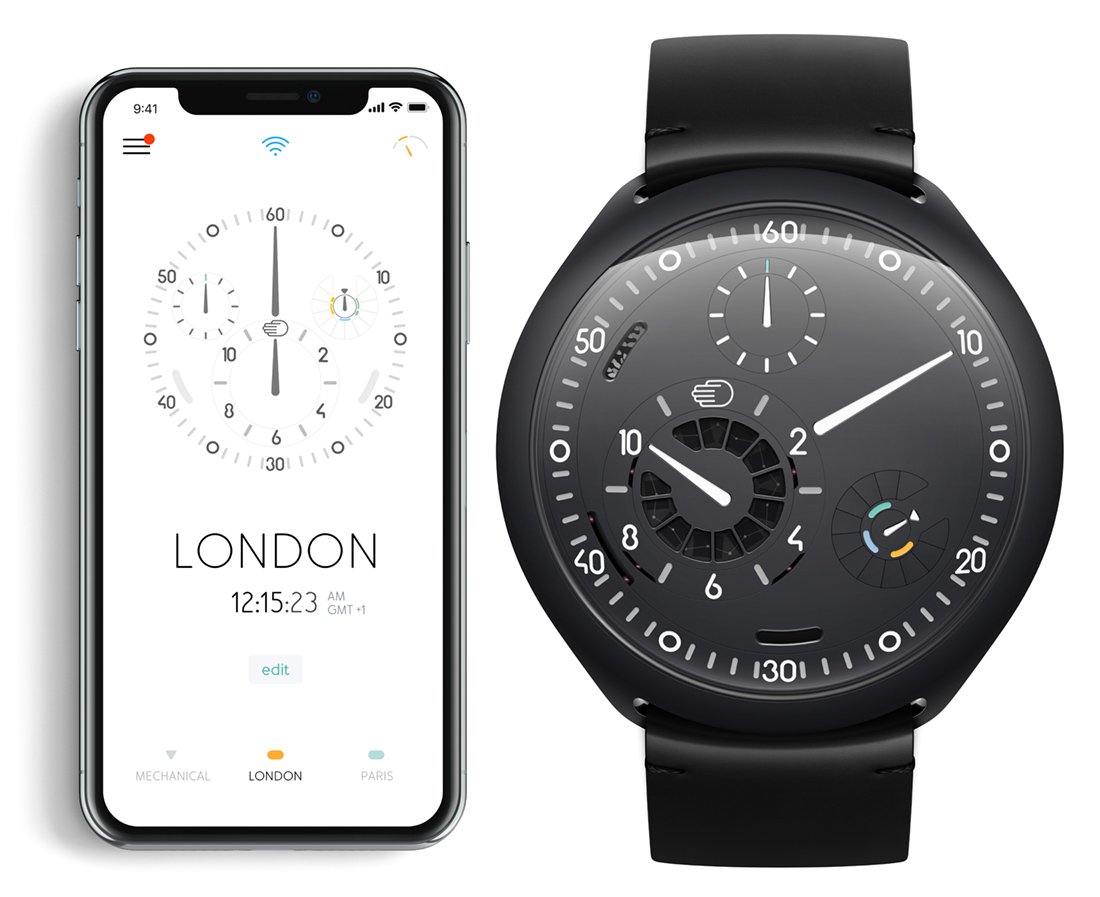 This year for SIHH, Ressence has announced the release of the Ressence Type 2 watch with its “e-Crown.” This release is something that the team at aBlogtoWatch has been long anticipating; Ariel first reported on the development of the e-Crown back in January going as far as to say that he felt that this release was going to be one of the most talked about watches of the year. 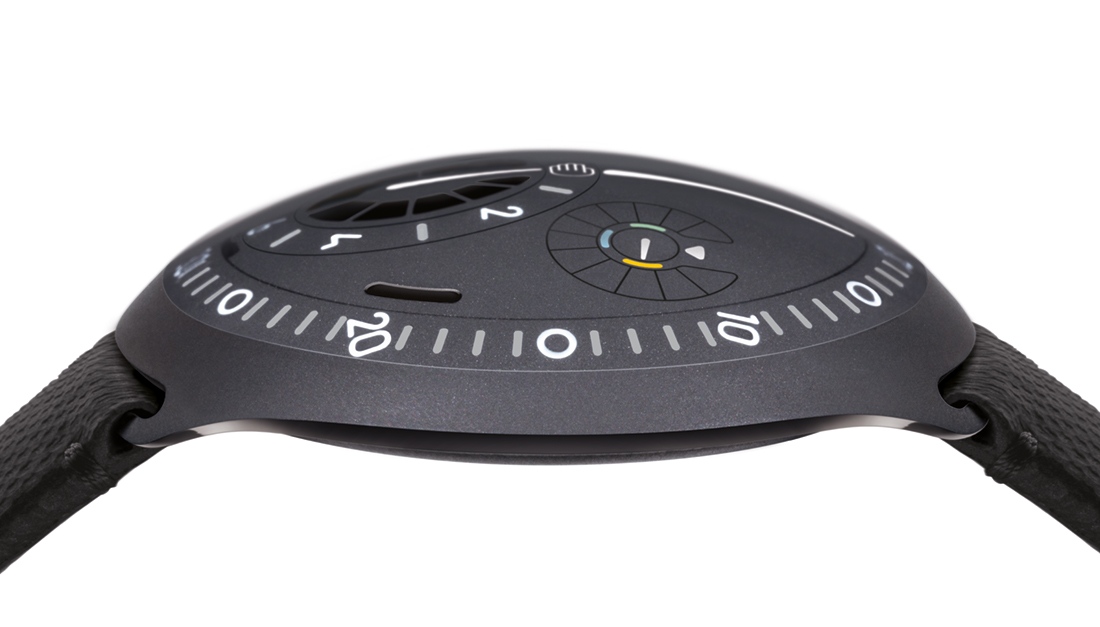 No stranger to doing something completely and entirely unique, the e-Crown module developed by Ressence changes the way you interact with your mechanical timepiece. In brief, the e-Crown is a Bluetooth enabled electronic module that sits between the mechanical movement and the Ressence Orbital Convex System (ROCS). What the e-Crown does is automatically sets and adjusts the time of the watch as needed or dictated by the user. You’re able to first set the time manually via the level on the case back, and afterward, you just double tap the crystal and the e-Crown registers the time and maintains it. Ressence states that even after three months of inactivity you can merely pick the watch up, rap it twice on the crystal, and it will pick up where it left off – that’s remarkable. You are also able to manually adjust the watch from the accompanying smartphone app the e-Crown’s Bluetooth linking capabilities. 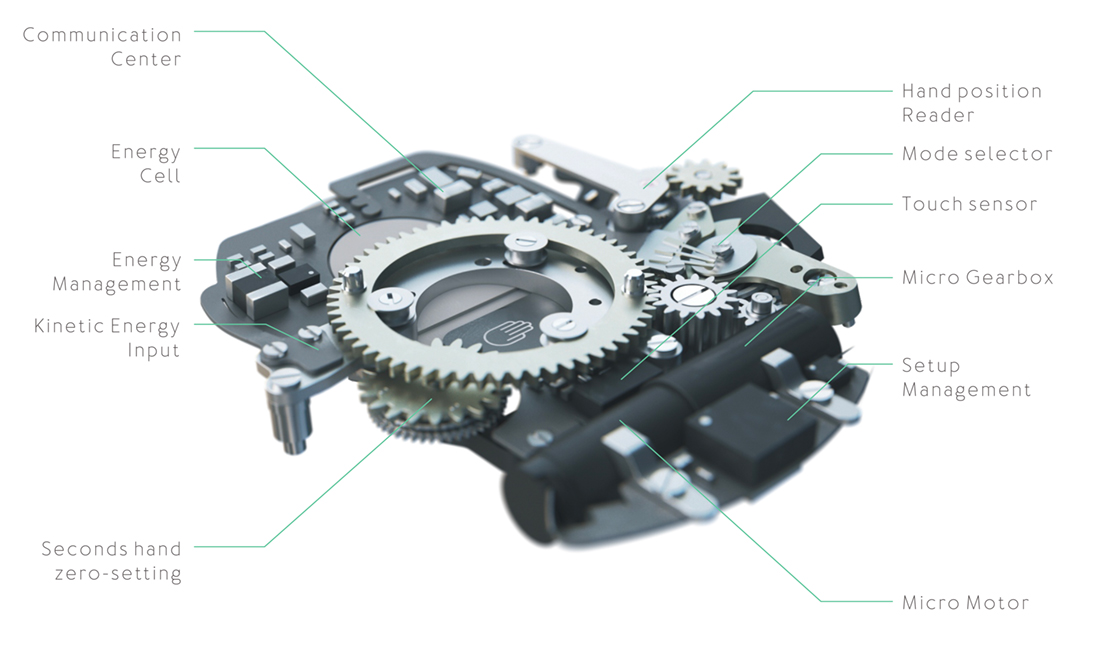 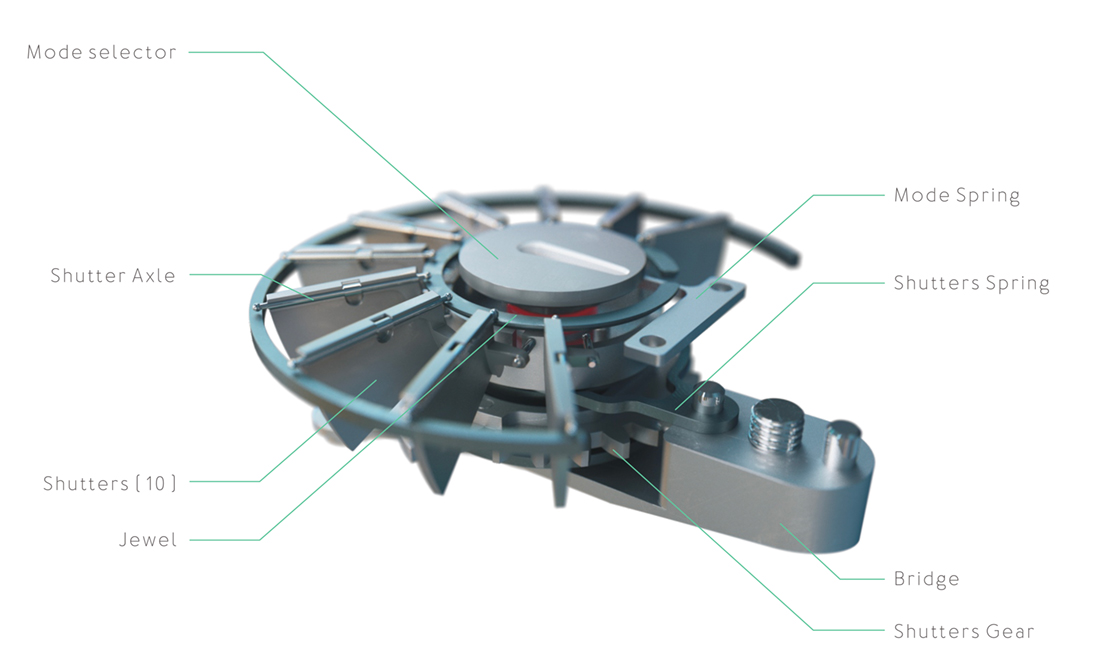 Another important aspect to the incorporation of an electronic crown into a mechanical watch is the question of power. The e-Crown’s energy comes from the photovoltaic panels hidden underneath small shutters across the dial. These shutters will open automatically when the charge gets low, or the can be actuated manually from the app. 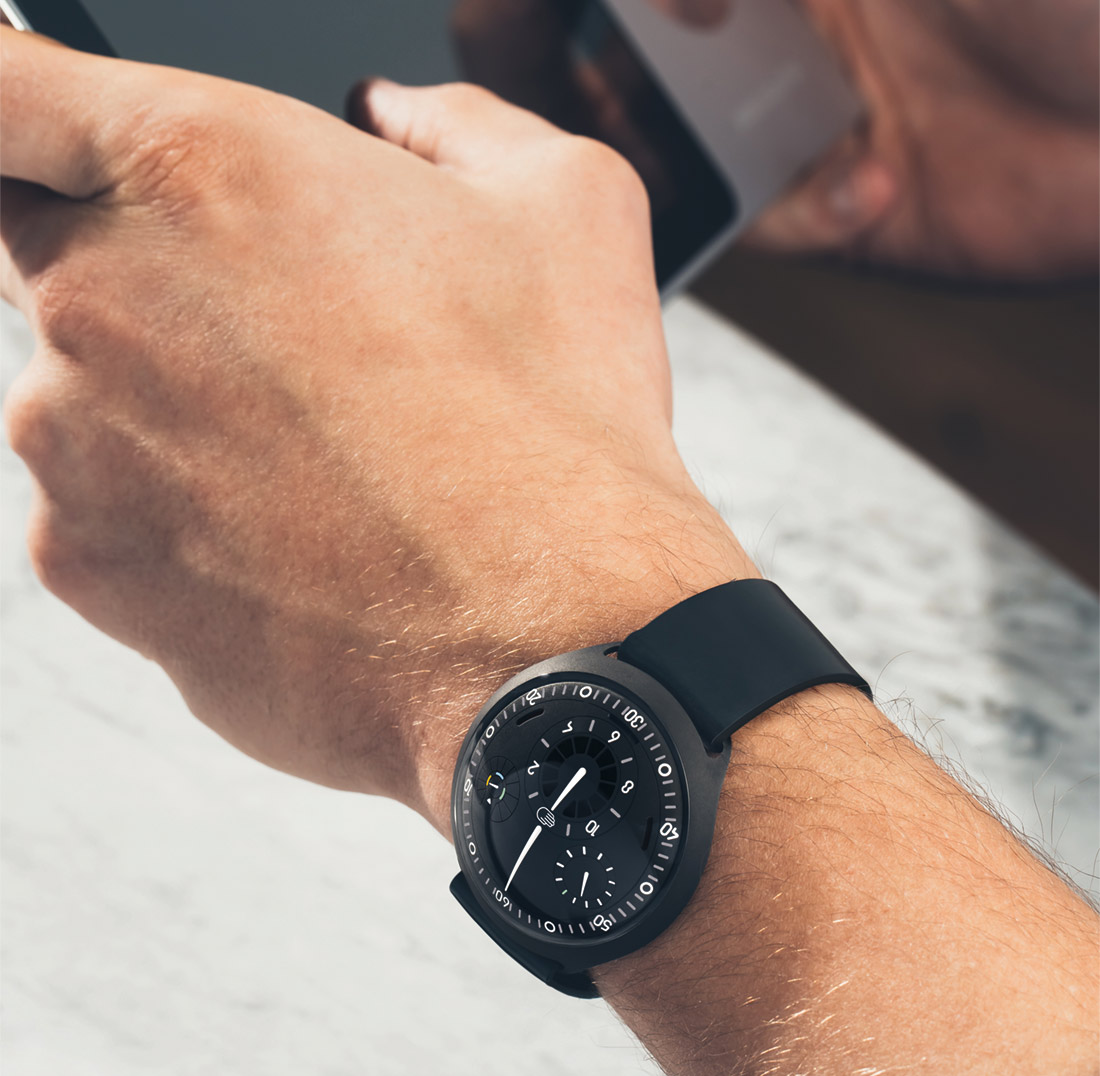 The Ressence Type 2 comes in a 45mm Titanium/PVD case that’s roughly 12mm thick. The watch itself is water resistant to 1 ATM, but does feature engraved “indications” that are filled with Grade-A Super-LumiNova; I take this to mean that the “hands” are engraved into the titanium dial, which if true should lend itself to a very cool three-dimensional look. All of this is nestled cozily under a double-domed sapphire crystal. An interesting technical element about the Ressence “ROCS 2” movement is that the whole thing is driven by the minute axle of an ETA 2892/A. 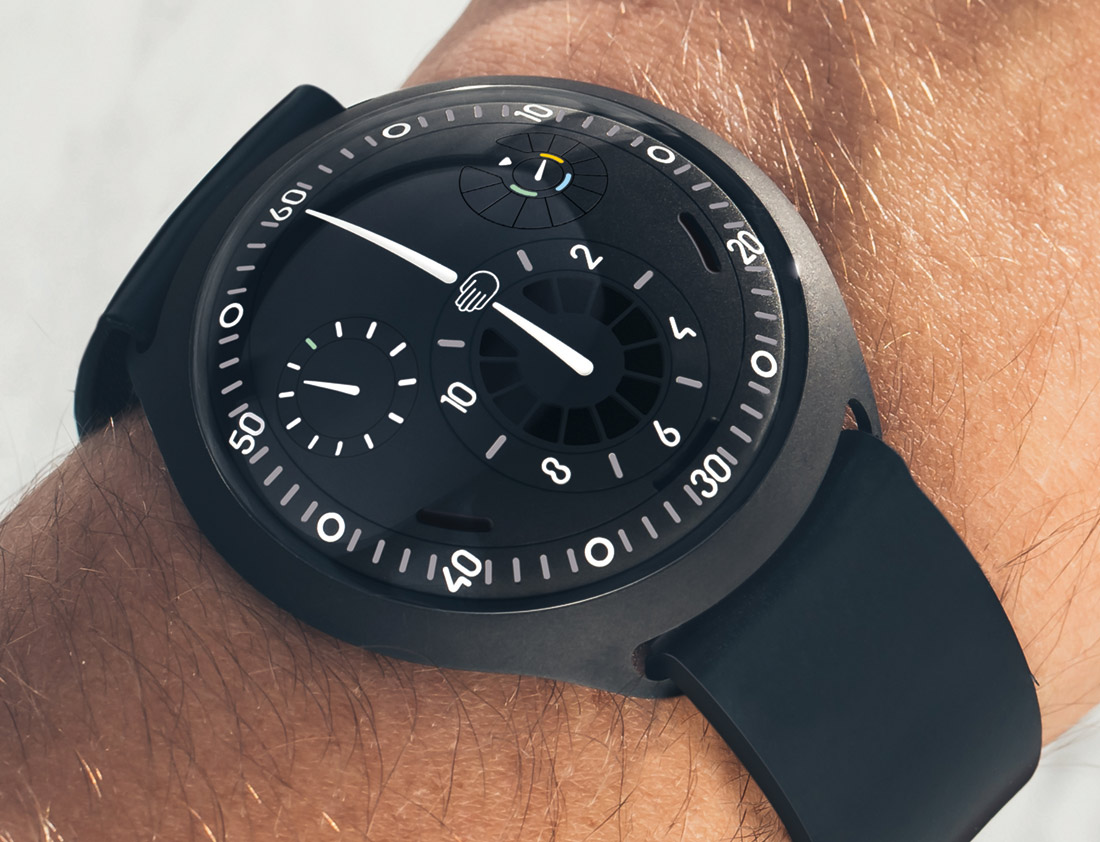 To distill all of this down, I find it remarkable that Ressence is able to step back and look at time-keeping, “in the round,” and ask the critical questions about what could be done better. It’s an important distinction to make that they’re not simply looking for something that they can do differently, but rather, better. The e-Crown itself is an innovative take on a wearer’s interaction with their timepiece that has remained relatively unchanged for the last 150 years and ultimately allows us to trust our mechanical timepieces accuracy in the same way that we might our phones. The Ressence Type 2 with e-Crown will be available in two different dial colors: Anthracite as the Type-2A and grey as the Type-2G. Both of these watches will be priced in USD at $48,800. For additional information and details, please check ressencewatches.com