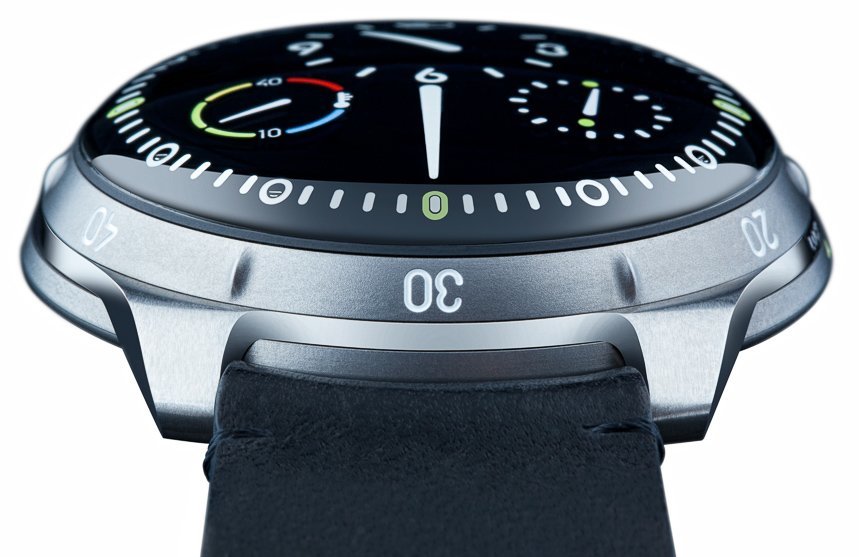 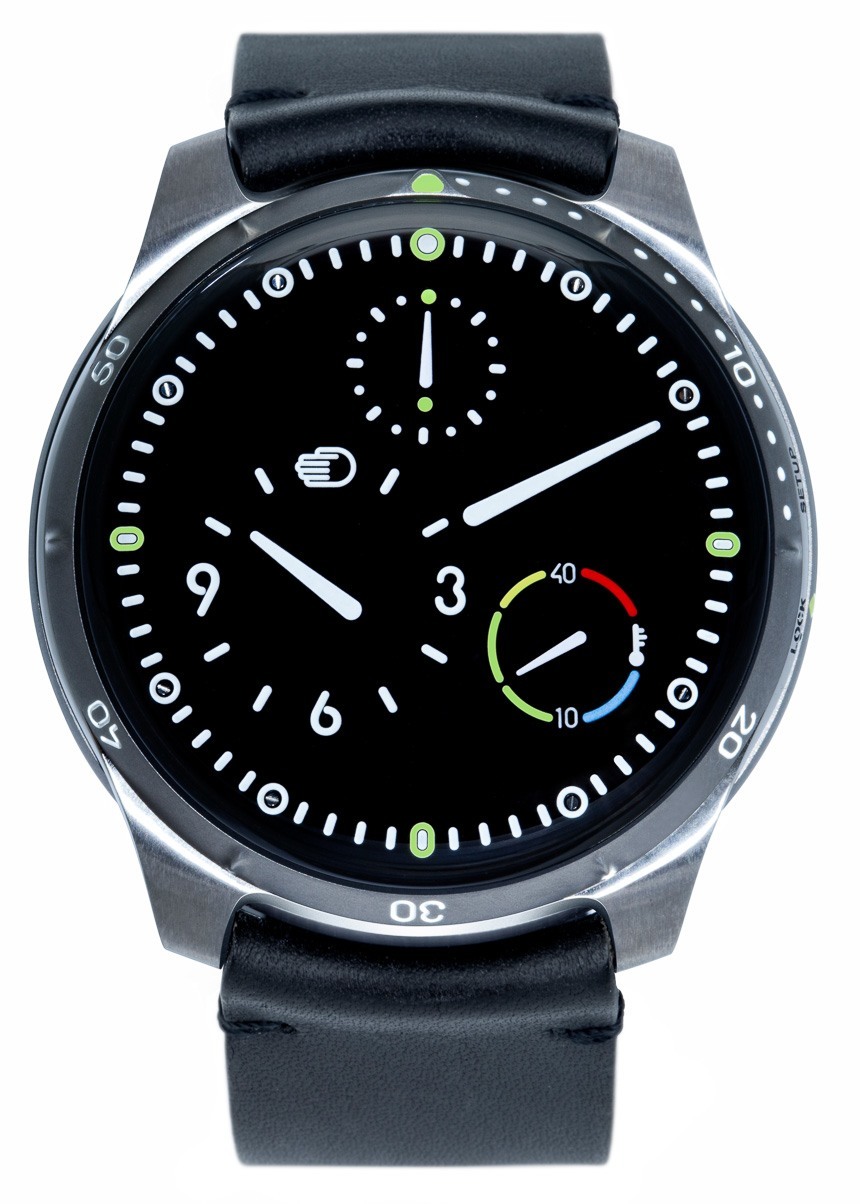 One of my favorite modern mechanical watchmakers Ressence today debuts their first dive watch with the Ressence Type 5. Based in Belgium and started by the truly passionate and innovative Benoit Mintiens, the Ressence concept is about creating an ultra-chic timepiece case filled with oil to create the illusion that it is one solid dial with almost invisible connections between the parts. You need to see these Ressence watches in person to truly understand how cool they look, but the concept also lends itself well to incredible legibility in most lighting conditions.

Oil-filled cases and wonderful legibility also happen to lend themselves well to extreme dive watches. Some of the coolest oil-filled watches around, such as the Bell & Ross Hydromax and similar models from Sinn, offer incredible depth-resistance because the lack of air in the case means that they cannot be as easily compressed. Watch fans who are lucky enough to have watches like that also notice how creating an oil-filled dial lends itself well to fantastic legibility.

Now, while the Ressence Type 5 doesn’t offer “extreme” water resistance, it is mechanical. This is in contrast to those Bell & Ross and Sinn models I mentioned above which are electronic quartz movement-based timepieces. Having oil inside of a mechanical movement isn’t exactly a super idea. For this reason, Ressence watches are more interesting, and of course, the heavily modified base Swiss ETA movements are secluded in protective chambers. So consider the Ressence Type 5 to be perhaps the first mechanical oil-filled watch suitable for underwater exploration. 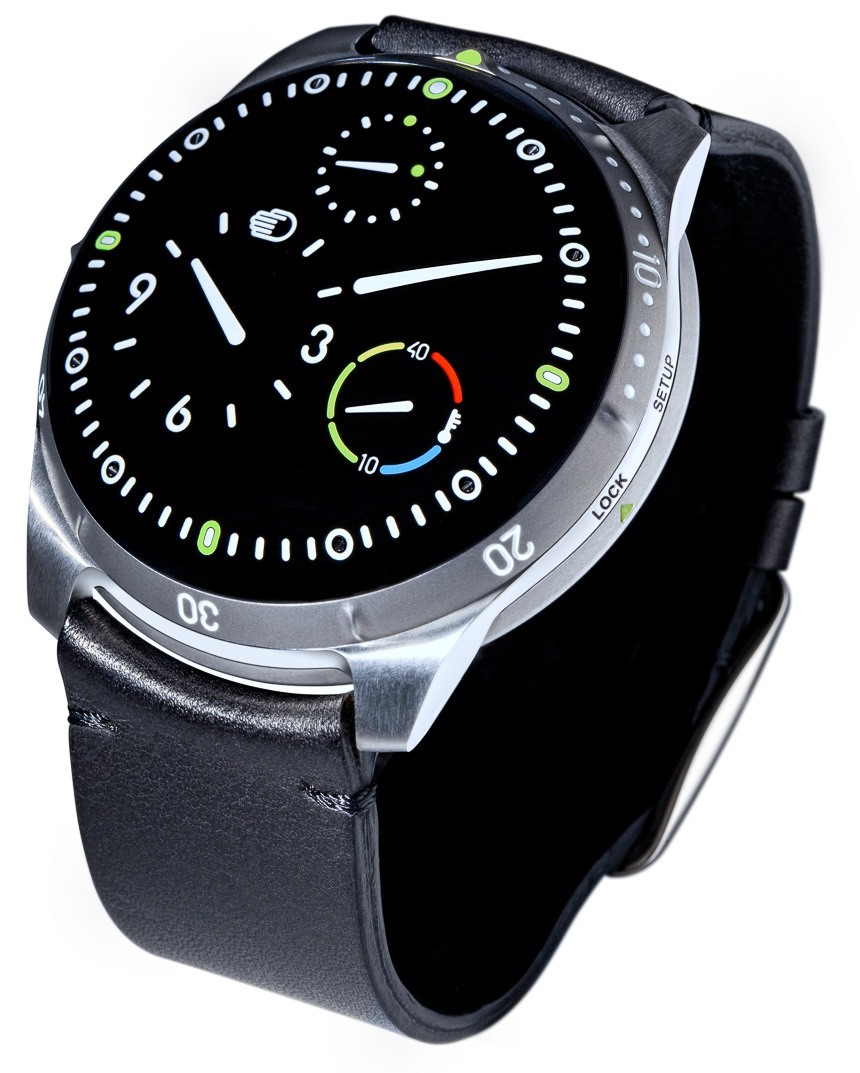 Inspired by the shape of sea turtles, the Ressence Type 5 diver is water resistant to 100 meters. This makes it totally suitable for recreational diving and, according to the brand, the Ressence Type 5 meets ISO 6425 standards in regard to being durable and useful enough for particular “extreme” conditions. While it is true that the Ressence Type 5 isn’t meant for extremely deep diving, it is the first timepiece of its kind and remains nicely sized without bulking up the case in order to protect it against water pressure. 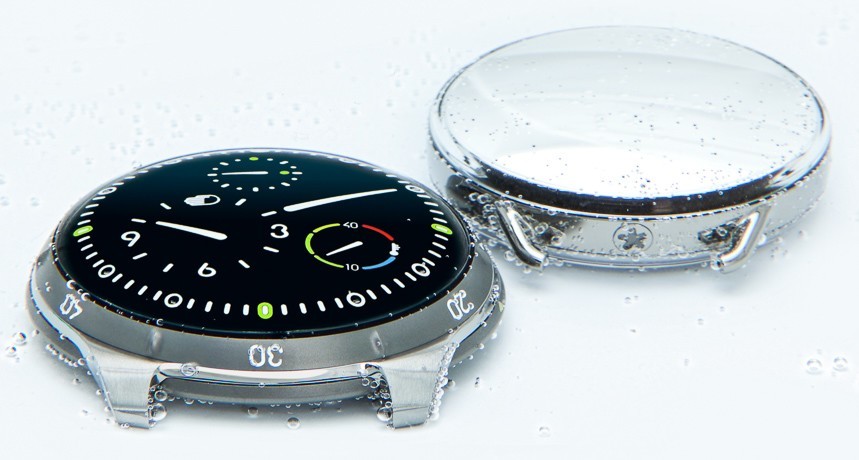 Sized at 46mm wide and 15.5mm thick, the Ressence Type 5 is produced from mostly sapphire crystal along with titanium – and if it is anything like most other Ressence watches, it is extremely nimble and light on the wrist. Ressence fills the case with 37.5ml of oil, and the watch has a unique bellows system that allows it to handle the changing volume of the oil. One issue Ressence encountered early on, and has since solved in the Ressence Type 3 watch, was that oil changes volume depending on its temperature. One of the gauges on the dial of the Ressence Type 5 is an oil temperature indicator that allows the wearer to have an understanding of how the temperate can fluctuate. A very unique system of seven small bellows increase or decrease in size based on how much the oil volume causes them to compress. This allows the Ressence Type 5 watch to handle such temperature changes and not have the case burst or get damaged.

The Ressence Type 5 and other Ressence cases do not have traditional crowns. Rather, the case itself is turned in order to manually wind or set the time. The movement inside the watch is an automatic, which, of course, helps the Ressence Type 5 to be very convenient to wear. This all seems simple from the outside but involves a series of unique systems developed by Ressence, which is part of their in-house magic that allows them to be both unique, and not particularly inexpensive. The basic system is called “ROCS” (Ressence Orbital Convex System) which is about both the type of display as well as how the movement and case are assembled and designed. The top part of the case is what is filled with oil while the back part of the case is dry and where the movement is.

How are these two sections connected? Small magnets, actually. The movement chamber is hermetically sealed, according to Ressence, which prevents any of the dial oil from seeping into the movement. Thus special magnets are used as the transmission system which allows the movement to both power the dial and for the user to adjust the time. This latter system is known as “RCLS” (Ressence Compression Lock System) which incorporates both the magnetic transmission as well as the system for setting the time. 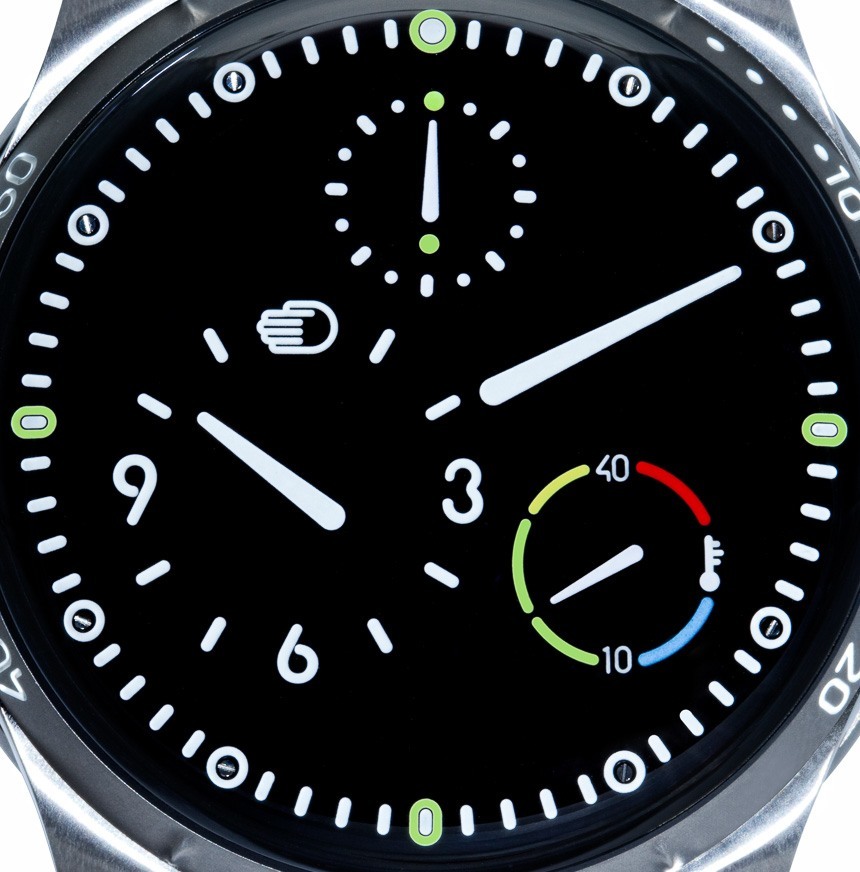 While it has been heavily modified in-house, the movement of the Ressence Type 5 (known as the caliber ROCS 5, for obvious reasons) begins life as a base Swiss ETA 2824-2 automatic. In its modified state, the 4Hz frequency movement still has 36 hours of power reserve (impressive, given the new power demands) and, of course, is a self-winding automatic. The indicators on the dial are the time with separated hours, minutes, and seconds, along with the oil temperature gauge.

Both the Ressence Type 5 case (the metal parts) and the dial are produced from type 5 titanium. I like the new style of lugs which are more compact and should make for a better fit on the wrist. Attached to the case is a black Barenia leather strap (which I am assuming is water resistant as well) with a matching titanium buckle. 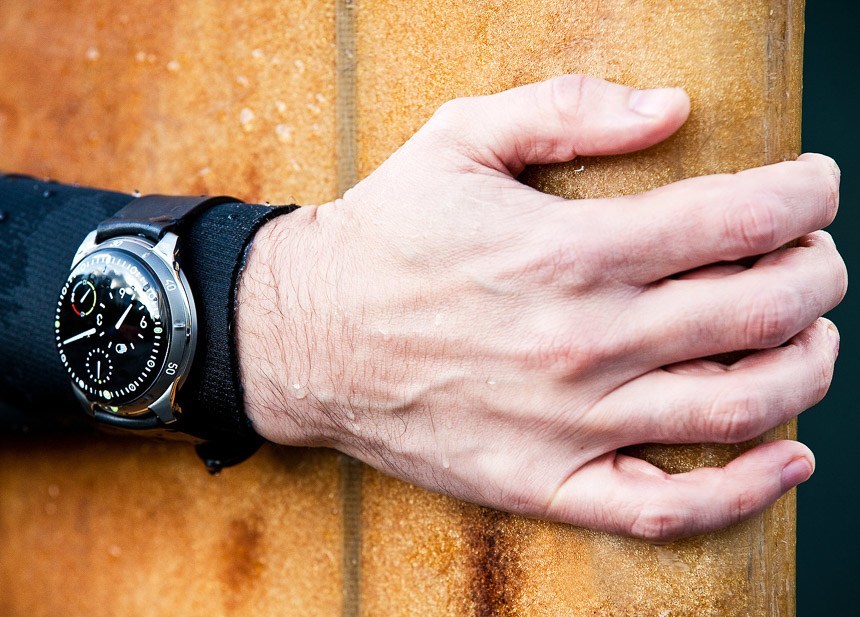 As a dive watch enthusiast, this is probably my favorite Ressence watch to date. About a year ago, Benoit teased me by saying that “my next watch will be your favorite,” and he was spot on knowing my tastes. Perhaps, in the strictest of senses, the Ressence Type 5 isn’t a serious commercial dive watch, but it can put up with the majority of recreational swimming, snorkeling, and diving without a problem. Endlessly cool and extremely beautiful, this should yet again be a “must-have” watch when it becomes commercially available in 2016. Like other Ressence watches, it sure isn’t cheap, with a retail price of $35,800. ressencewatches.com