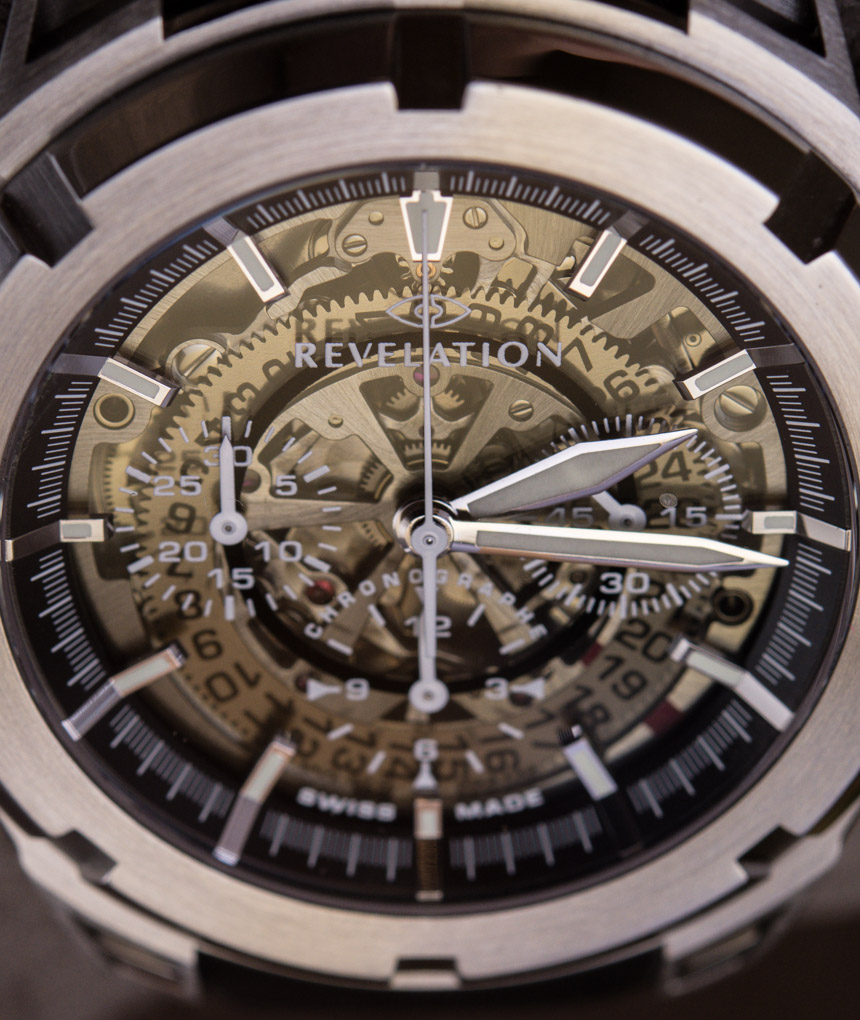 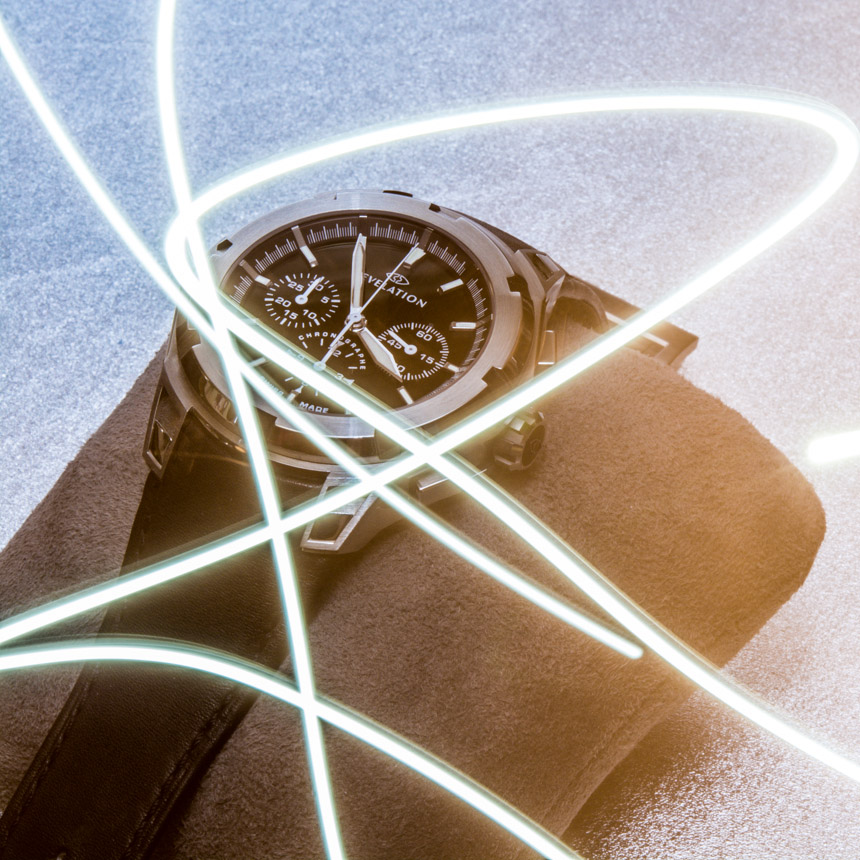 I was motivated to do some photographic experimenting. The image was taken as is, with the only “photoshopping” being some brightness and color correction

Staying with first impressions, I had learned that everything I mentioned above was true not just for me, but for most others as well. Literally everyone, from relatives and friends to fellow watch enthusiasts who could handle the watch and personally see what it did were just blown away by it. When going out this watch spent as much time being handed around the table as it did on my wrist, with people showing the exact same reactions as I must have shown when I first looked at it: I saw them trying to dive head-first into the dial while duly rotating the bezel, all in an effort to figure out just what exactly is going on.

Despite – or perhaps owing to – this general and striking success, I wondered just how long this “magic” would last; whether as time passed I would remain so fond of the watch and the concept behind it. I had the watch for about five weeks, and that could have given me plenty of time to get used to it – but I didn’t. Even weeks into wearing it I still found myself stuck at a red light, looking at it and playing around with the revelation system. I concluded that perhaps the fact that it is entirely mechanical has something to do with that – for me it just did not fade like, say, most electronic gadgets do. 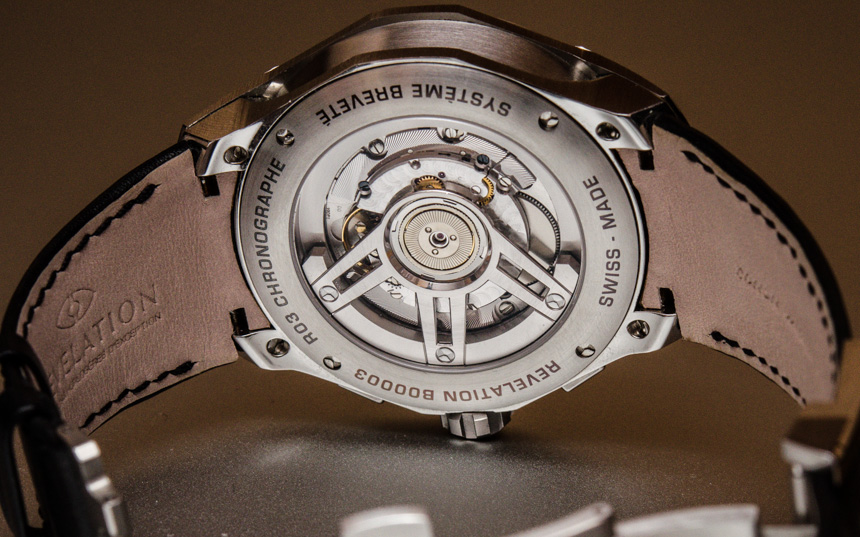 Beyond the clever dial, there is a lot more going on about the R03: it wants to be a complete package even if the dial is excluded from the equation. To back up such ambitious aspirations it offers a rather uniquely crafted case, a non-proprietary, albeit considerably modified modular movement, and some fine details that do imply a keen eye for details. To begin with, the watch and all its components are entirely Swiss made. Its movement is a base ETA 2892, with a Dubois Depraz chronograph module on top, a combination that has been used in a large number of fine, more high-end chronographs. There is a reason why this setup is now even more appropriate than an integrated chronograph, say a 7750 or similar. See, chrono modules are installed on the dial side of the base movements, hence when the dial is “open” it actually makes the more interesting chronograph module visible. By contrast, most non-modular chronograph watches tend not to offer much eye-candy on the dial side, as the mechanism is situated on the caseback’s side of the movement. With the R03 the result is sort of the contrary: through the sapphire caseback a seemingly usual automatic movement can be observed, spiced up with a more unique rotor made and hand-finished by Revelation. On the dial side however, several bridges and gears, as well as the entire date disc is visible through the transparent dial.

It has to be noted, that the chronograph module has been modified specially for use in this watch, creating a more unusual and consequently more elaborate looking chrono module. This includes modifications such as skeletonization that were performed on some of the components for enhanced aesthetics, as well as some changes that were necessary to enable the movement to accept the double-dial system. Concerning some more practical issues, it performed with acceptable rate results, although the pushers did require considerable force to start, stop and reset the chronograph. One thing I missed is the “jumping” counters that are seen on many integrated movements: as with the modular system, both the 30-minute and the 12-hour counters advance continuously, instead of jumping from one marking to the other. It is also the module that carries the date disc, a function that can be read only when the dial is made transparent. The entire date disc is visible, which truly enhances the already complex aesthetics, but also takes some getting used to, as the actual date is marked by a small strip of red between the 4 and 5 o’clock positions. 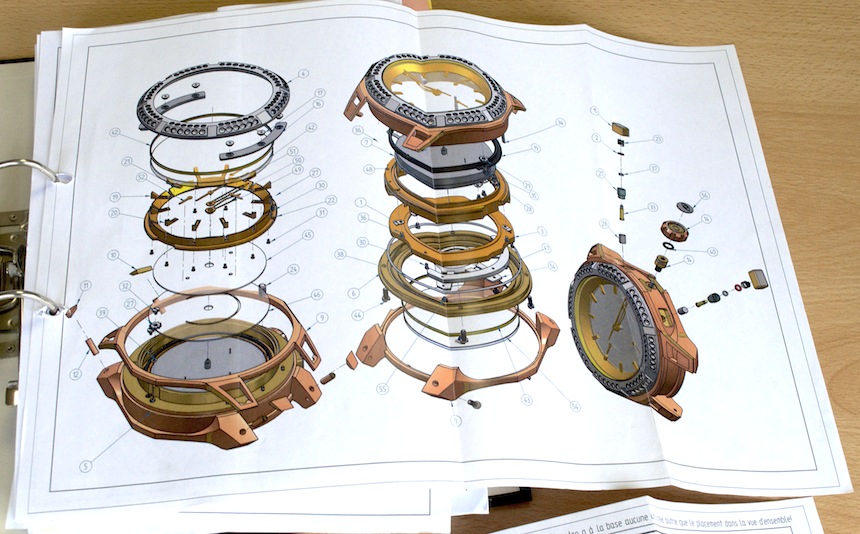 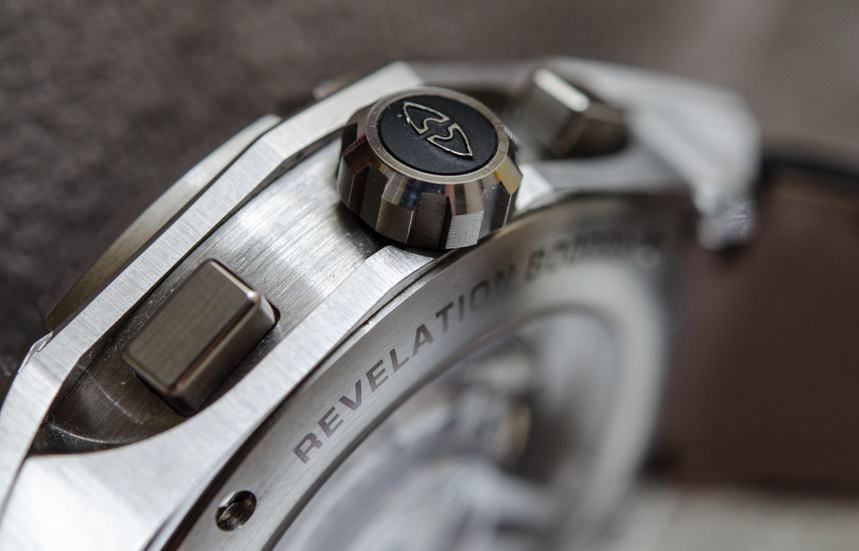 Housed in a 45mm wide and 14mm thick case, the R03 is a rather large watch, even for a sports chronograph. The version reviewed here is in stainless steel, although it is also available in titanium, which was much lighter and equipped with a flyback chronograph, and also in pink gold, which matched the more contemporary design surprisingly well. Since I have way-too-small wrists, the watch wore a bit too large for me, although I was told 42mm versions are to be announced in the near future. The case was exceptionally well made, and having visited the workshop where they are manufactured that comes as no surprise. Christian Gros and his team are a favored choice for the production of specially designed cases with limited production runs, and as such, they have worked for Harry Winston, Van Cleef & Arpels, Urwerk, and others.

The case contains more than 50 different kinds of components as shown on the exploded view, making for a very complex and equally modern design. Numerous layers, angles and negative spaces lend all Revelation watches a 21st century look that matches the high-tech nature of the brand much more harmoniously than something more traditional ever could. The design of the case performs well at hiding the “piggybacked” nature of the movement, meaning that the pushers and the crown are not on the same level. And while that is something that can be fairly disturbing, in case of the R03 it becomes noticeable only after some close examination. An arguably risky part of the case’s design is its lug structure, something that necessitates the use of seamlessly integrated straps. Having said that, the leather strap’s integration was perfectly executed, as the soft and strongly tapered leather strap closely followed the sharp lines of the lugs and the curvature of the case. Finally, its double-folding clasp was nicely executed and held the watch securely against my wrist, although I feel it could possibly use some smaller pushers on its sides. 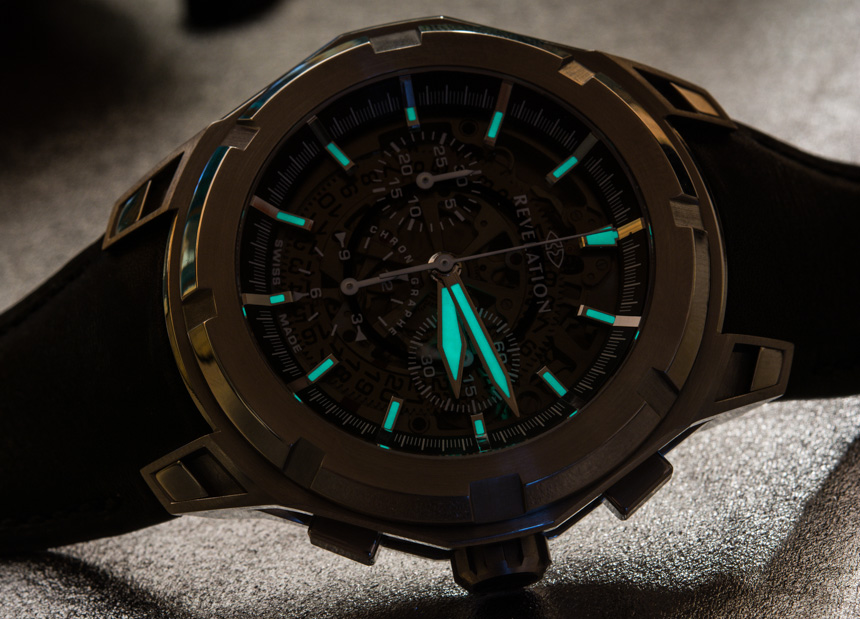 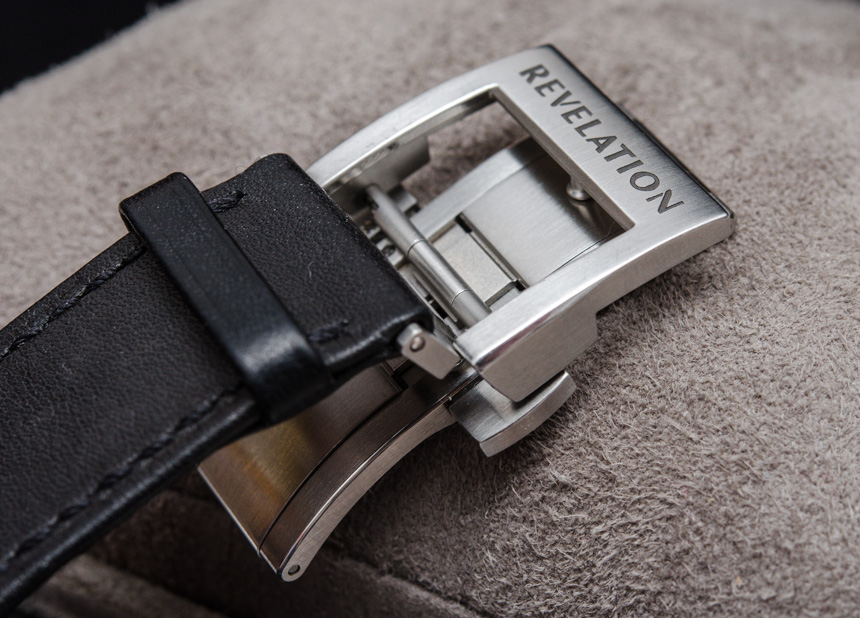 In summary, the R03 could be a strong competitor in the heavy league of high-end sports chronographs even without its proprietary dial technology. With its transparent position it offers a more high-tech look that manages to remain legible owing to the properly sized hands and indexes, all well characterized by their reflective outlines. By contrast, the black dial lends a more restrained look to the piece and allows the nicely crafted case to be at the center of attention. Having it with me for a few weeks, the R03 stirred up the waters wherever I went, and I feel it has the potential to do that not just in smaller circles, but in its market segment as well.

It is a surprisingly high-quality and nicely detailed offering from a young brand. I expect Revelation to further develop its trademark technology, despite the fact that it already is a very impressive solution to spicing up the somewhat generic recipe of sports chronographs. The R03 is available in stainless steel ($16,700), titanium ($19,900) and rose gold ($27,700). revelation-watches.com

Necessary Data
>Brand: Revelation
>Model: R03
>Price as reviewed: $16,700
>Size: 45mm
>Would reviewer personally wear it: Yes, especially a scaled down version around 42 mm
>Friend we’d recommend it to first: The one who is looking for a new high-end sports chronograph, but wants something with a more unique twist
>Best characteristic of watch: Despite its amazing dial it manages to be a desirable watch, where finer details are not overshadowed by the main feature
>Worst characteristic of watch: It’s a hefty piece with matching weight – would consider going with the titanium version instead