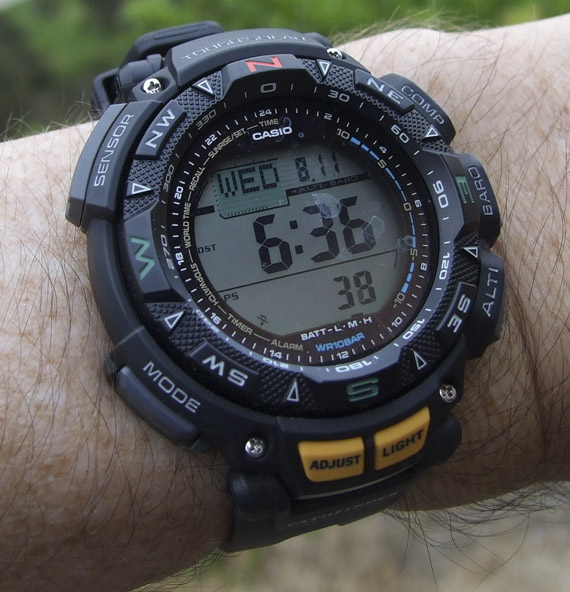 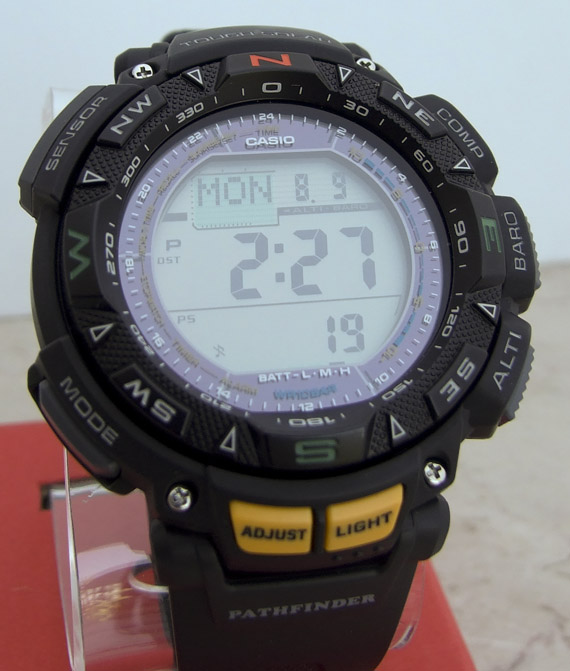 Somehow, I think that the watch designers at Casio enjoy their jobs.

I’ve never met or spoken to one, but from seeing a succession of Casios over the years, and the relentless way that they keep improving, every single time, I have to think that they like what they do. Case-in-point today: the new PAG-240-1 Pathfinder. Casio has done a lot of Pathfinders over the years, and every single time the come up with new features, killer prices and manage to improve the user interface in small ways to boot.

This Pathfinder is mid-line for Casio, lacking only the radio-set functionality of the more expensive versions. It still has solar power (which I consider an essential feature for an outdoor watch), alarms, countdown timer, world time, altimeter, barometer, compass, altimeter, thermometer, trend graphs and an EL backlight. The case is 50.7mm across at the widest point, 15.5mm thick and 65g on the plastic strap.

There’s also a leather strap, model PAG-240B-2, and bracelet, model PAG-240T-7. As with most Pathfinders, it’s water resistant to 100m (vs 200m for G-Shocks) and quite comfortable to wear. I tried this one out for an hour of ultimate frisbee, and it was great: easy to read at a glance, and seemingly weightless even when tired.

The other new feature of the PAG-240 is the dual-layer LCD, what Casio is calling ‘duplex.’ Above the normal dial is one of radial segments, which Casio uses for several features. Obviously, it’s used to show the compass major axes: 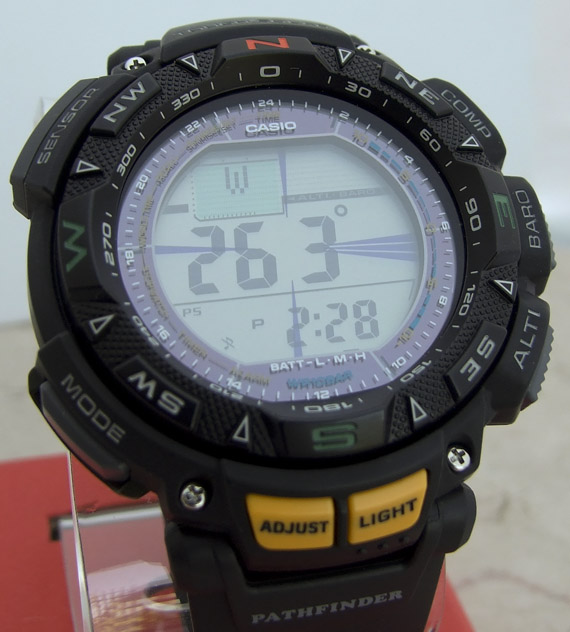 Here is where I admire the ingenuity of the Casio engineers: They reused the second layer to show mode, and for several of the modes it adds features at a glance. Here’s world time mode, not the 24h scale on the edge of the glass: 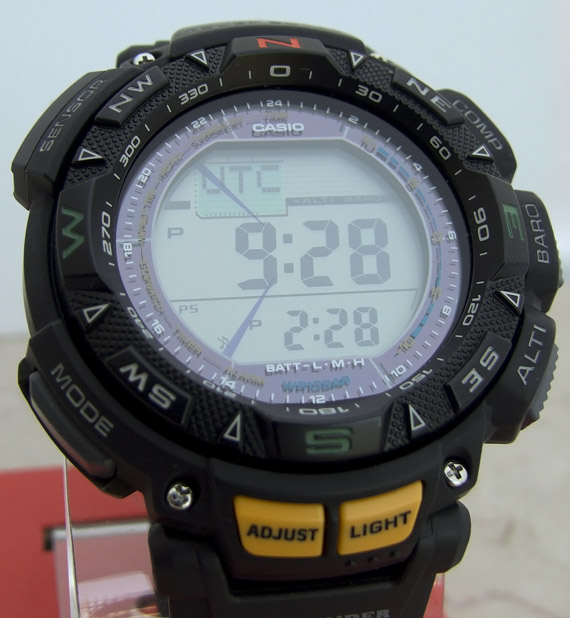 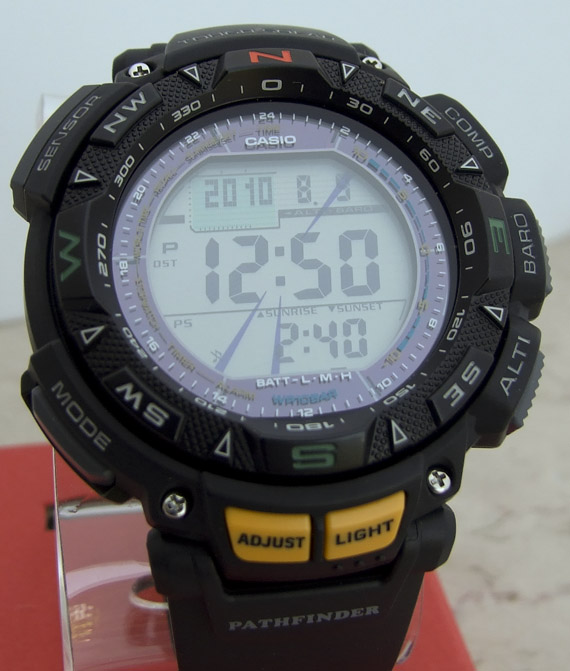 Sunrise/set is a new feature too, I think, and quite useful for outdoors types.

Other things to note: Bidirectional compass bezel, the usual excellent Casio buttons that work even when gloved, and the remarkable fact that the second LCD layer doesn’t reduce display contrast noticeably, a feat all by itself. You can set the green area to show year (picture above), day of the week or a small trend graph of barometer readings. 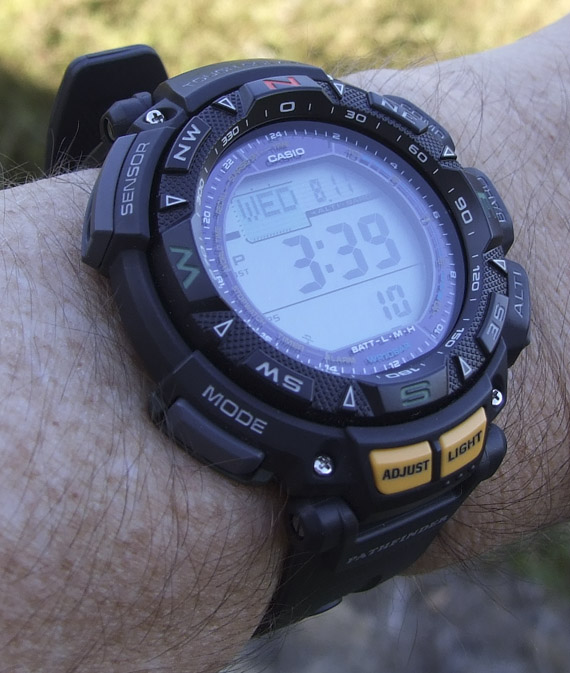 Overall, with a list price of $250, this is another killer value. I don’t find the lack of radio synchronization to be a big deal, but if you do there’s lots of Pathfinders to choose from. It’s a big, geeky, feature-laden watch and can go straight from cubicle to hiking trail at the end of the week. I think owners of previous models will like the addition of the duplex LCD and its added usability. my.casio.com