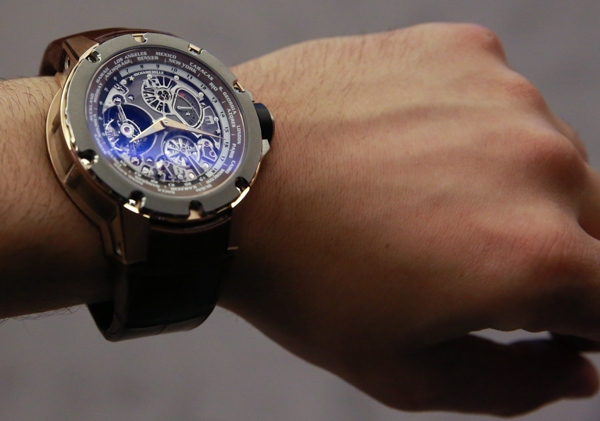 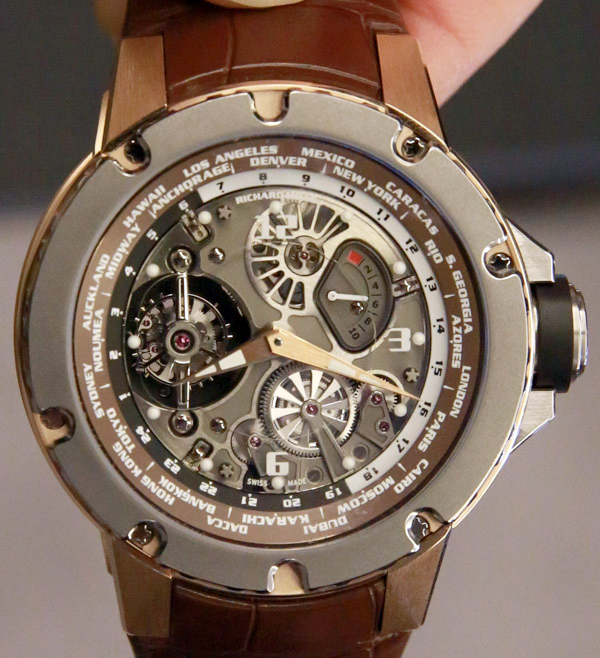 Not one to let SIHH’s spotlight simply pass them by, Richard Mille announced a limited edition model called the RM 58-01 Tourbillon World Timer Jean Todt Limited Edition. That rather long name suggests a lot about the watch but may leave some people asking – who is Jean Todt? Jean Todt is the current President of the Fédération Internationale de l’Automobile (FIA) and has been a notable figure in international professional motorsport for many years. Mr. Todt does a lot of traveling throughout the year so Richard Mille thought it would be nice to design him a watch that could simplify the timezone issue as much as possible. 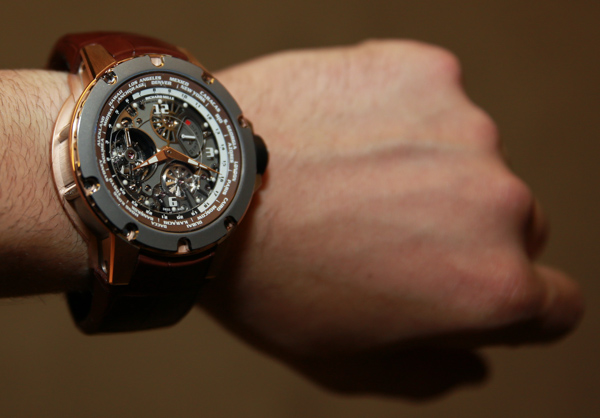 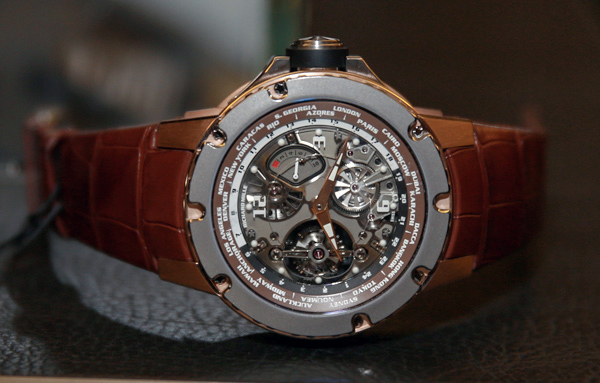 The RM 58-01 is just that watch. Featuring a new tourbillon-equipped caliber, the 58-01 features a rotatable unidirectional bezel that is connected to the movement so the user just simply rotates the bezel until the city of their current timezone is listed at 12 o’clock. The watch handles both the setting of the hands and the alignment of an additional chapter marking will help to display the time in all other timezones, actively referenced against your locally defined city. All without removing the watch from your wrist. In addition to this simple (to use) and innovative world time complication, the RM 58-01 has hours and minutes (no seconds) as well as a power reserve indicator and a 3Hz tourbillon at nine o’clock. The hand wound RM58-01 caliber features a titanium base plate and bridge construction, dual barrels allowing for a ten day power reserve (massive for a tourbillon equipped watch), and a total of 26 jewels, many of which are viewable via its semi-skeletonized design. 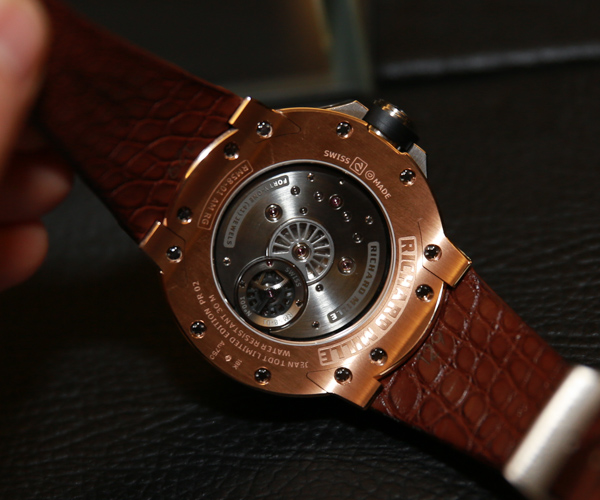 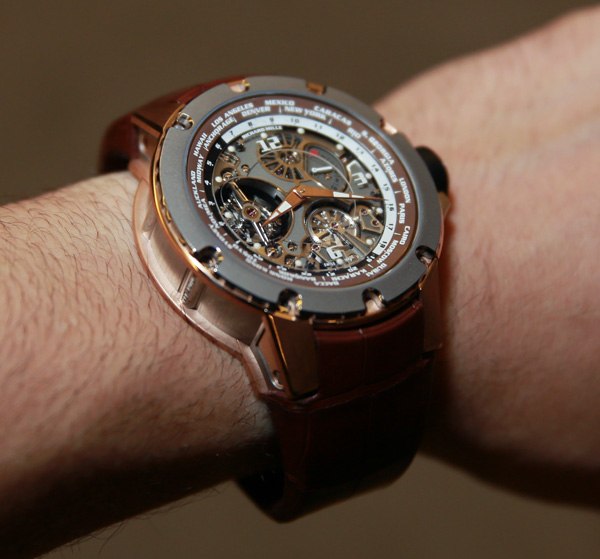 I think that the mixed metals and finishes work really well for this design. The gold tone of the case compliments the brown coloring of the world time bezel while the warm titanium of the bezel matches the movement design and suggests that the two are linked for a greater purpose. For most of us, a Richard Mille, especially a limited edition Richard Mille, is more of a marvel than a real physical product. Their prices are just as extreme as their watches look and the technology behind their designs have been proven in some of the most demanding of applications. Though I cannot speak from personal experience, I have to imagine that having any RM on your wrist makes for a pretty good day. You can balk at the price, the considerable case dimensions, or the extreme complexity found in their designs, but you have to admit that Richard Mille is one of the wild ones and seldom fails at raising the collective heart rate of all watchnerds as they announce new timepieces. A Richard Mille isn’t about practically, accessibility or value, it’s about technology, innovation and design and no one balances those elements more successfully than Richard Mille. 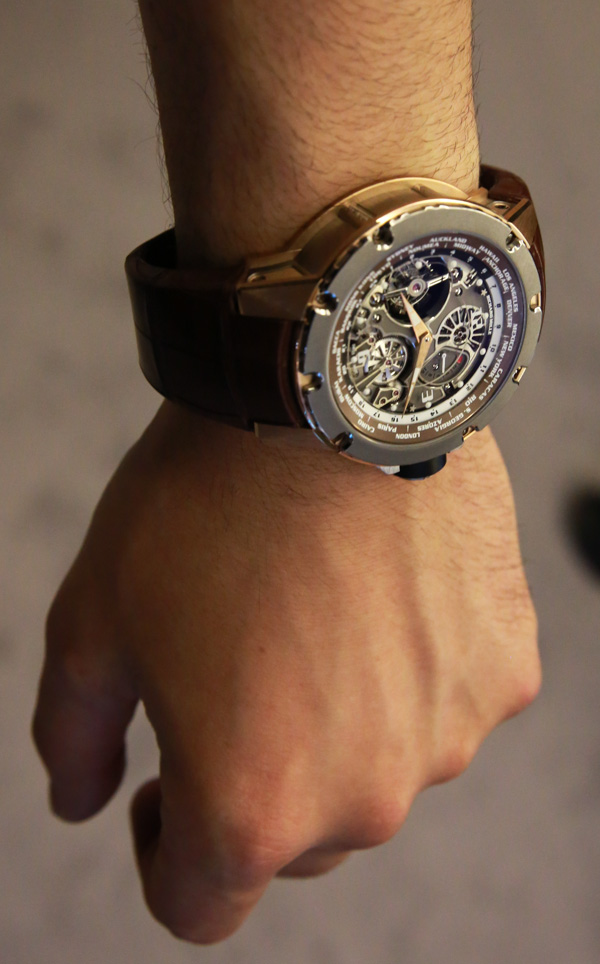 The case shape will be familiar to RM fans and has been fashioned from a mix of beautifully finished titanium and red gold. Measuring a massive 50 mm by 15.35 mm, Mr. Todt had better have a huge wrist to give the 58-01 a proper home. With anti-reflective sapphire crystals front and back, owners will have a clear view of the beautiful movement, remaining power reserve, and the mesmerizing motion of the tourbillon. 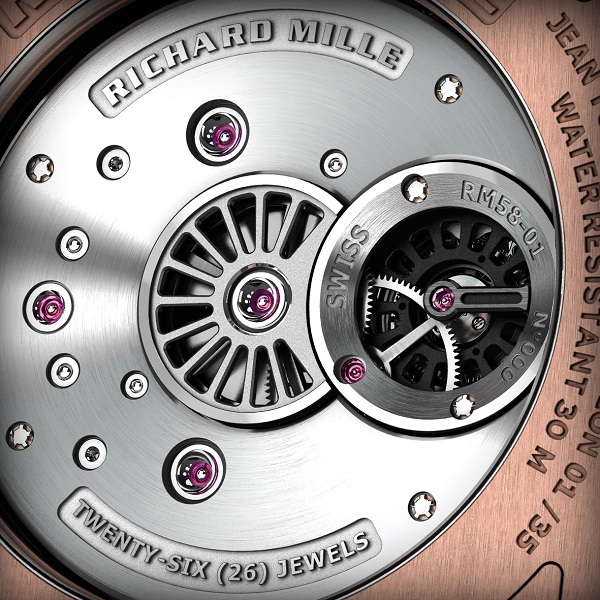 Richard Mille is producing just 35 examples of the RM 58-01 and they will carry a stratospheric price tag of $620,000 USD. Impressively, the profits made by the sale of the 58-01 will be split between two of Jean Todt’s preferred charities, the Global Campaign for Road Safety and the ICM Brain and Spine Institute. True world timers are an interesting complication because, unlike a GMT hand, they offer a display of the time in ALL timezones at once and it seems that Richard Mille has provided that functionality but simplified the configuration as much as possible and without the use of a crown or pusher. We like the charitable angle and the innovative way in which the world time complication can be easily configured on the fly. Does this watch need a tourbillon? Nope. Would it be less of a Limited Edition Richard Mille without it? Yes. richardmille.com