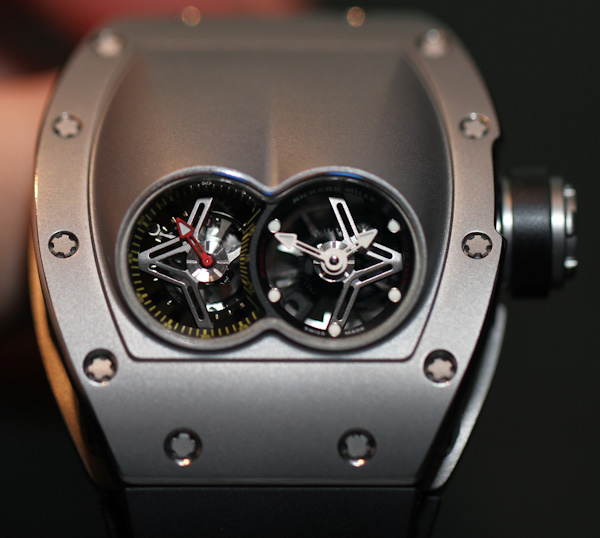 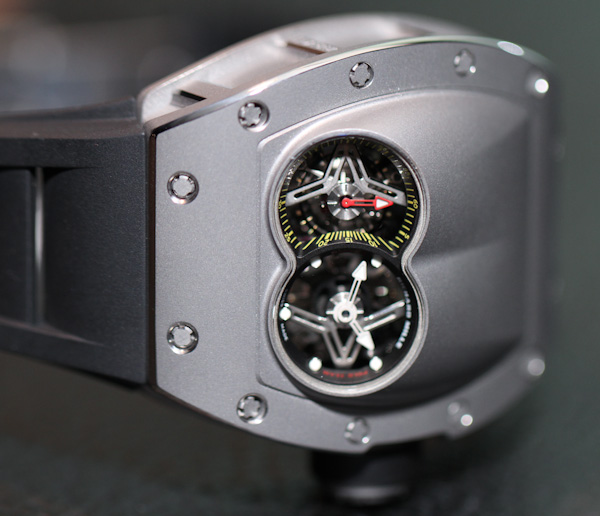 Richard Mille follows in Jaeger-LeCoultre’s footsteps (sort of ) by creating a watch specially designed to be worn while playing polo. Jaeger-LeCoultre did this over 80 years ago with the Reverso, and now Richard Mille has the RM 053. While the Reverso was about flipping around the case to protect the crystal from shock, the RM 053 is about minimizing the dial (vulnerable area) while angling it towards the wearer like a driver’s watch. Why anyone needs to wear a watch while playing polo is still a huge mystery to me. That does explain why the RM 053 will be part of a very limited edition of just 15 pieces. 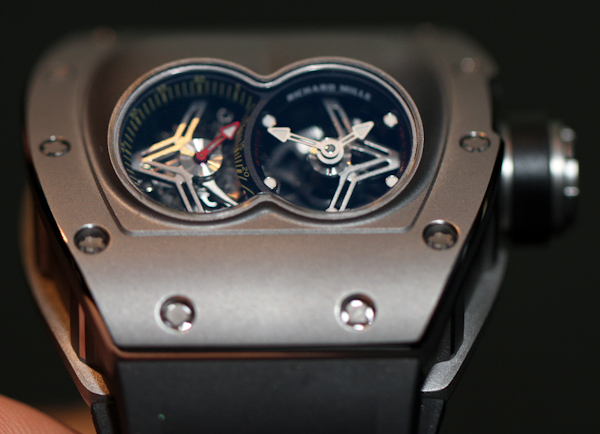 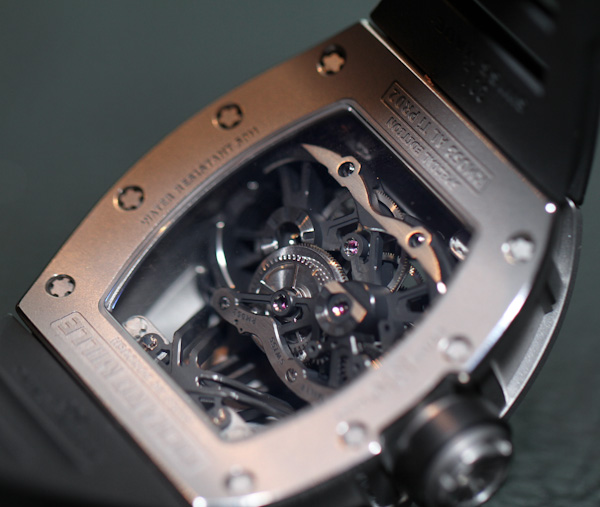 The coolest part of the watch is easily the RM053 movement. It is inclined to a 30 degree angle and looks as such when seen through the rear sapphire caseback window. You’ve never quite seen a movement that looks like this. The tourbillon is visible through the dial to the left under the seconds hand. Not too easy to see, but it is there. The movement is manually wound and has 48 hours of power reserve.

Reading the watch is done via the hour and minute hands on the right dial and the seconds on the left. The deep view into the movement is nice, but the legibility could have been improved if the Richard Mille included a full set of hour markers, not just some of them. For their size, the hands are rather easy to see, and both the hands and hour markers have applied lume. If anything saves this watch it is the view into the movement. 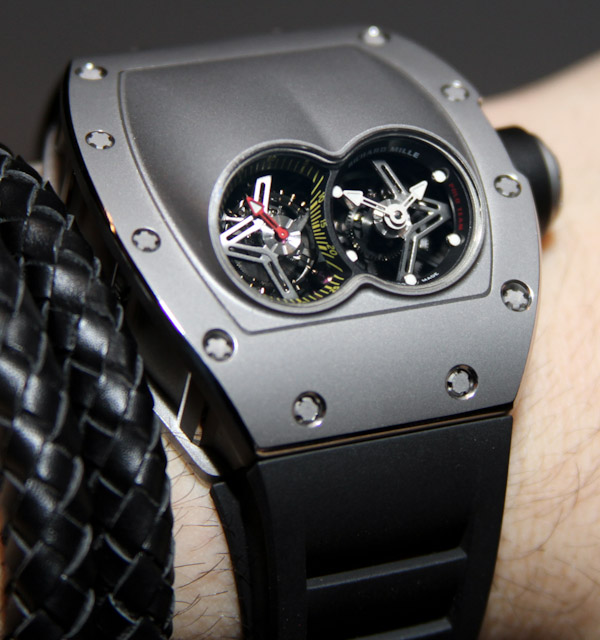 Those familiar with Richard Mille know of their pledge to put tourbillons in activities where they do not belong. Here, the case of the RM 053 is said to be rather shock resistant, but I personally wouldn’t want to test it on my dime. The case is 50mm tall by 42.70mm wide and 20mm thick. For having such a small viewing area this is still a lot of watch. Of course, you need to make it clear you are wearing a Richard Mille right?

Then there is the matter of the design. Each of the dials flows out of the case with two arches behind them. The result is what looks like cleavage on the case. Either chest or rear cleavage – you decide for yourself. If the crack isn’t enough to make you smile, the beady eye style dials should. This watch even looks like the head of a funny little robot that I really want to make my own. This is easily one of the strangest Richard Mille watches around and there will only be 15 of them.