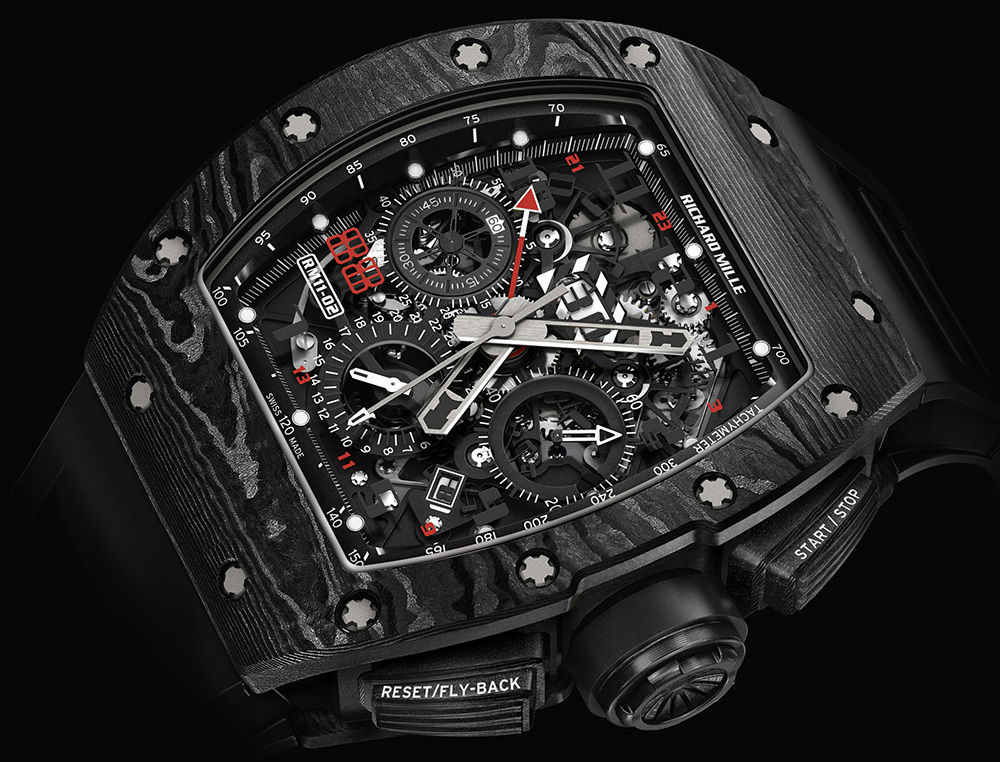 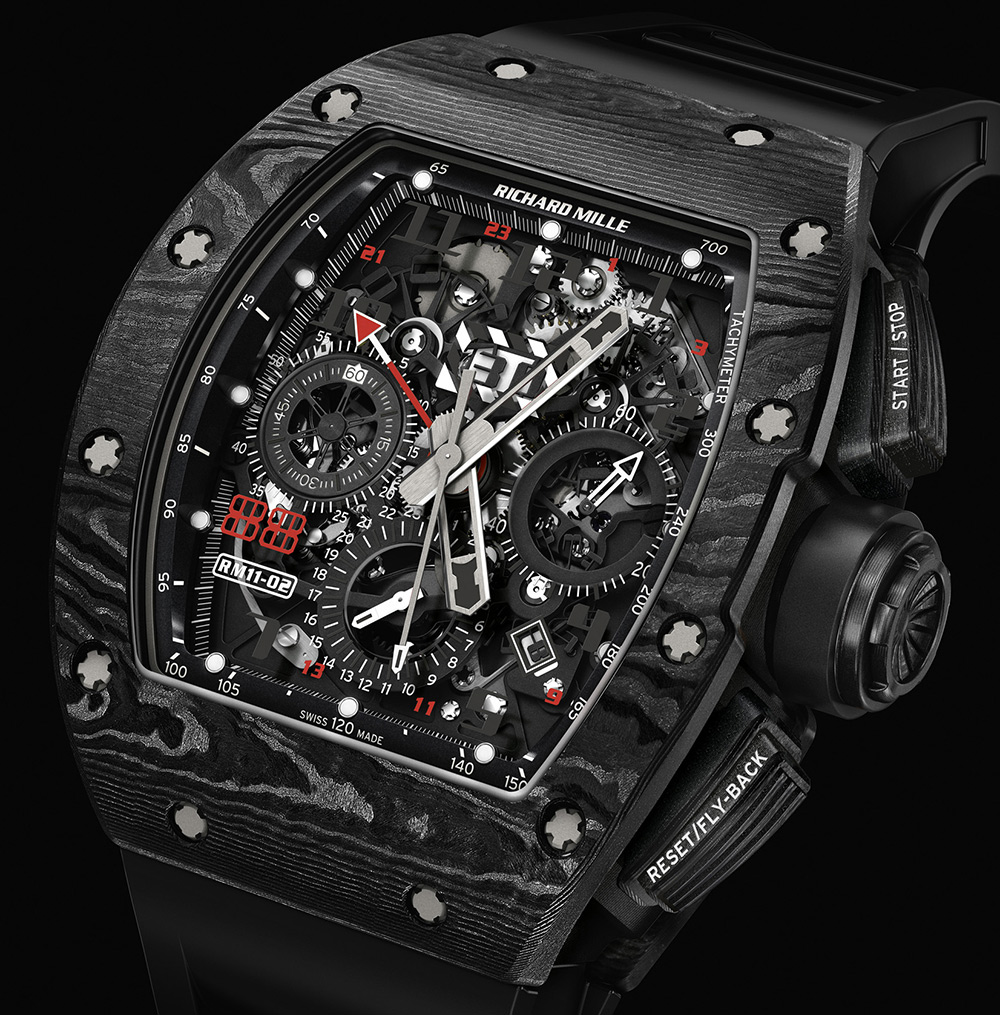 The Richard Mille RM 11-02 Automatic Flyblack Chronograph Dual Time Zone Jet Black Limited Edition watch is a black DLC piece touted by the brand as being a “traveler’s most useful, comfortable and stealth companion.” While it’s unexpected to call any Richard Mille piece “stealthy,” it probably is a bit less loud than the typical bold pieces from the brand since you’re working with something that’s mostly black. As for the traveling, having a flyback chronograph, annual calendar, 60-minute countdown timer, and GMT function tracked by a dedicated red hand on the dial and set by a black carbon pusher at 9 o’clock, among other features is probably overkill. Still, in a limited edition of 88 pieces, this watch is sure to draw interest once it’s available exclusively in the Americas. 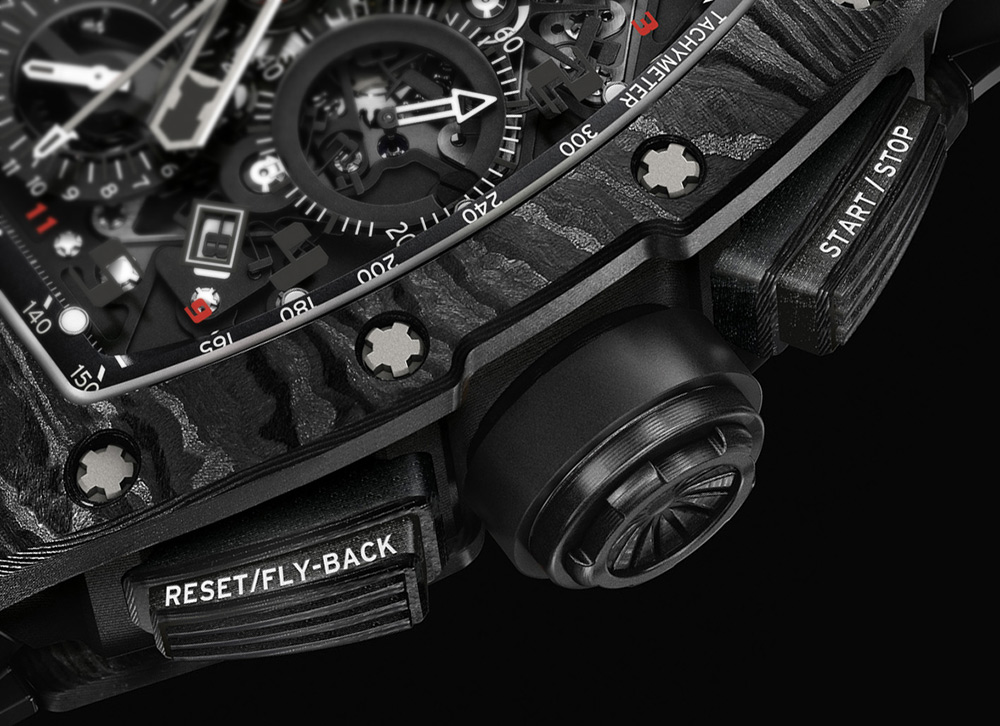 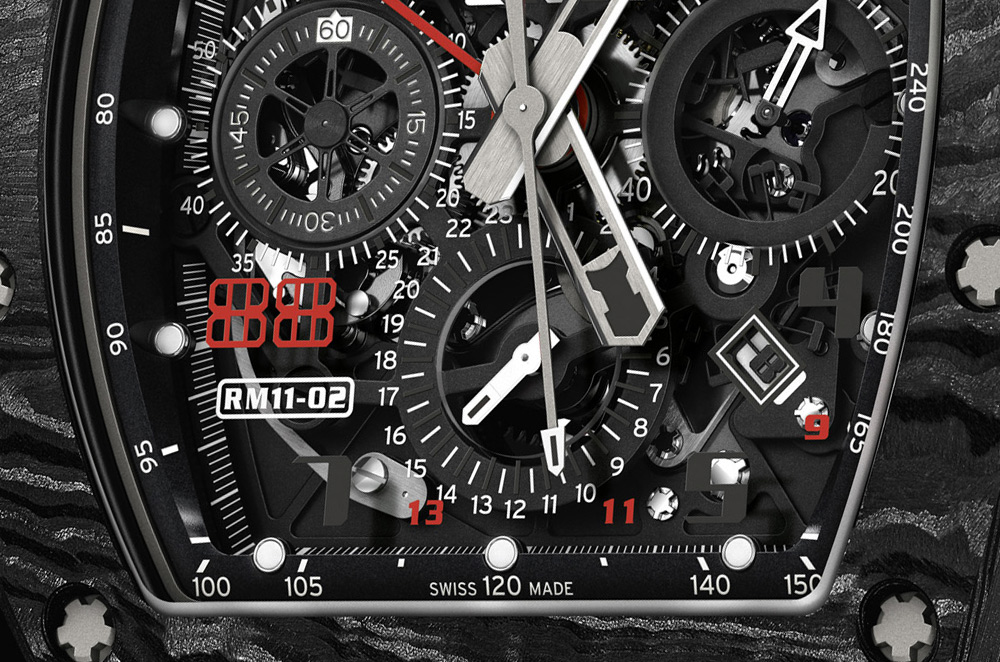 The Richard Mille RM 11-02 Automatic Flyblack Chronograph Dual Time Zone Jet Black watch is powered by the skeletonized PVD-treated titanium RMAC2 automatic movement, which has a 50-hour power reserve. The case is sized at 50.0mm lug to lug, 42.7mm wide, and 16.2mm thick and is in the recognizable tonneau case shape made of NTPT (North Thin Ply Technology) carbon. It comes on a black rubber strap with a black DLC (Diamond-like Coating) titanium clasp. 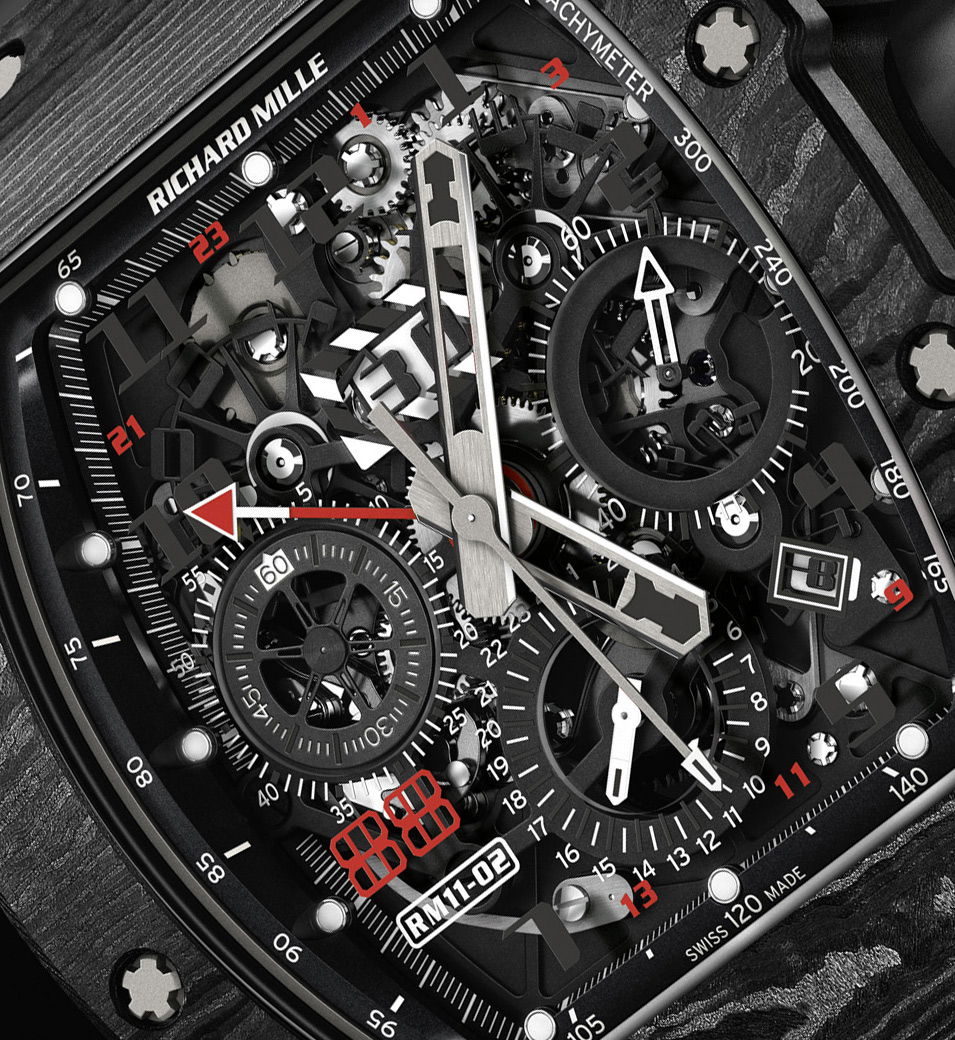 Personally, I find that the darker coloring overall of this Richard Mille 11-02 Jet Black allows the detail of the NTPT case to really shine. On other Richard Mille models using the NTPT, red straps or larger patches of red on the crown or dial have drawn the eye away from the interesting patterning that the case material creates. It also prevents the dial from becoming too overwhelming. While it is a very crowded dial, the features of it are there for inspection when desired, rather than jumping out at you and demanding attention. A dial to be drawn into rather than distracted by. 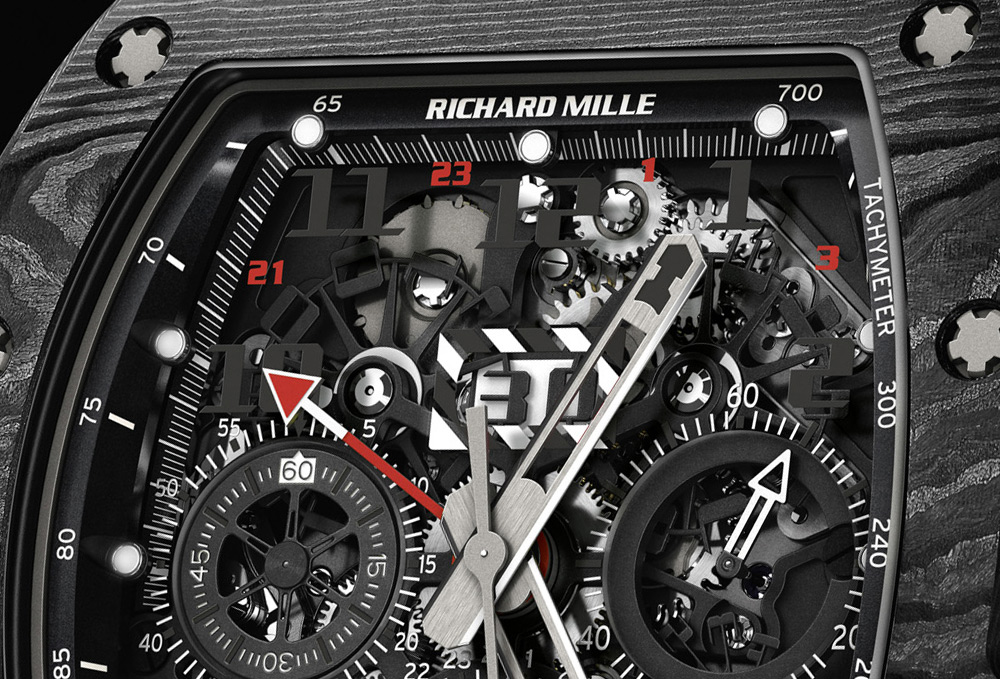 As was noted in David Bredan’s piece on the Richard Mille RM 011 Felipe Massa Black Night NTPT Carbon, a wonderful thing about Richard Mille is that the prices are dictated by the cost to develop the watch, rather than by an internal pricing committee or marketing hype, so you’re sure to be getting something pretty special. The Richard Mille RM 11-02 Automatic Flyblack Chronograph Dual Time Zone Jet Black Limited Edition is limited to 88 pieces, as is noted on the dial. It recently made its public debut in Mexico City at the opening of the SIAR (Salón Internacional Alta Relojería) and will be available in the beginning of November at authorized Richard Mille retailers in the Americas for $180,000. richardmille.com