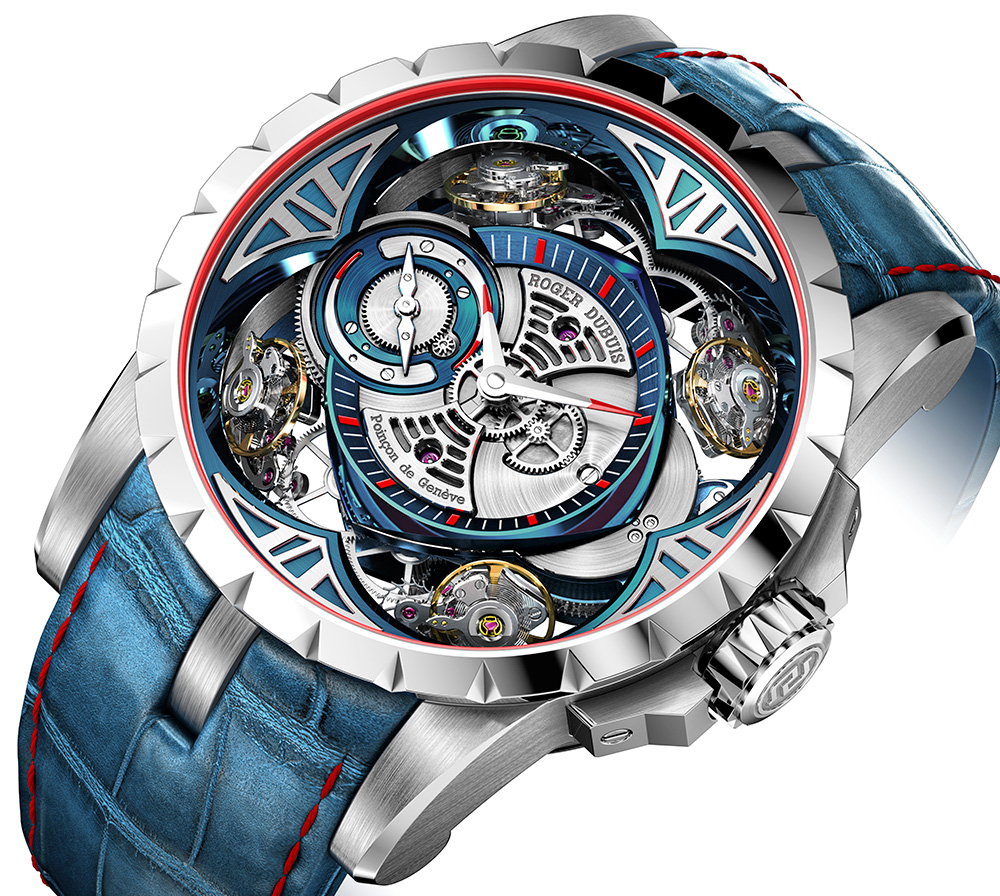 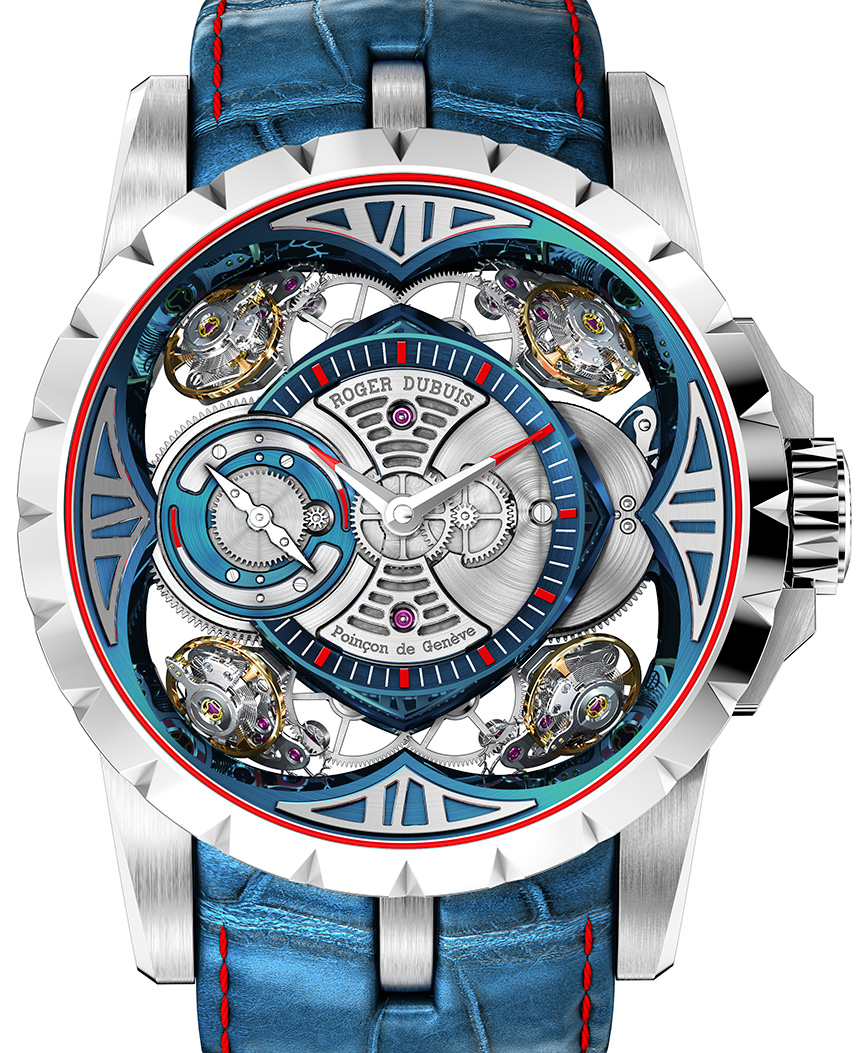 Let’s be honest, subtlety isn’t one of Roger Dubuis’ strong suits. The brand is more recognized for its avant-garde and often outrageous designs and inventions. In 2013, it stunned the watchmaking world with the eye-catching Excalibur Quatuor watch (hands-on here). And now, Roger Dubuis is at it again with its new Quatour Cobalt MicroMelt watch, which happens to be the first watch in the world to be made out of a high-performance alloy called cobalt chrome. 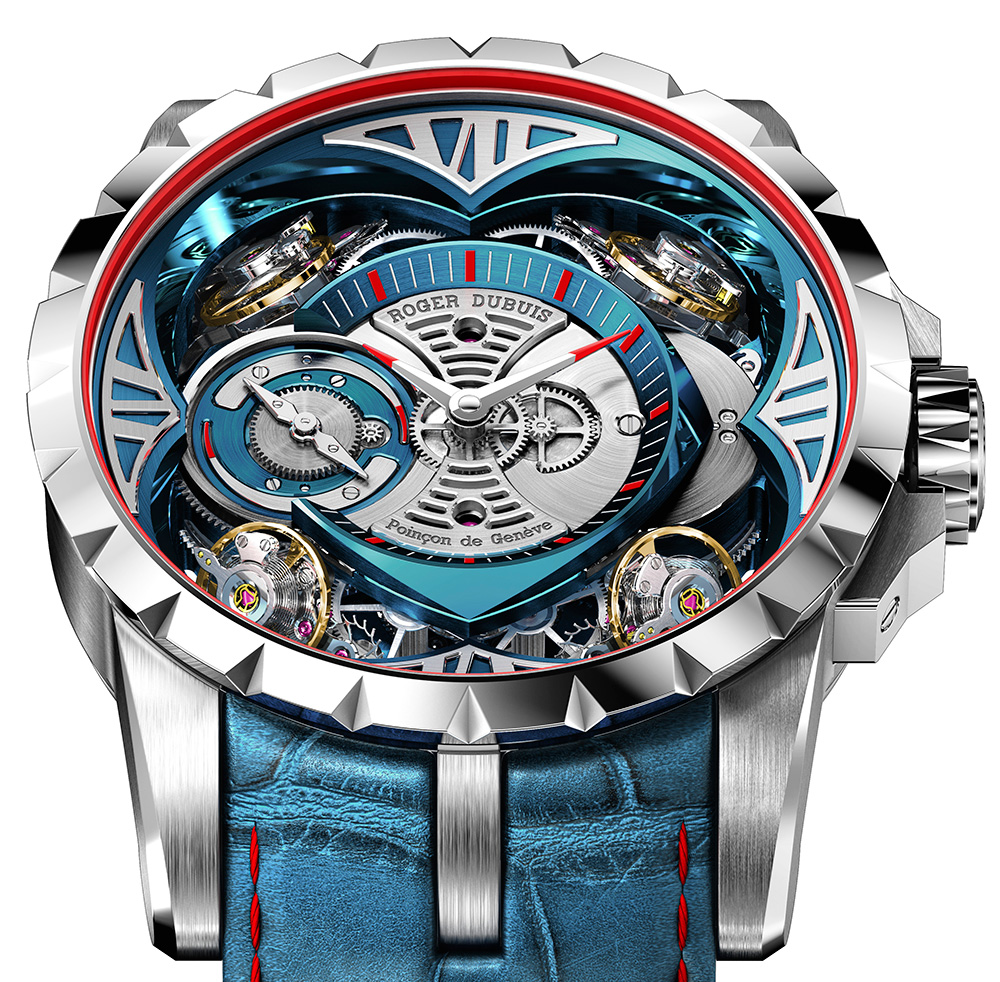 In case you’ve forgotten, the Quatuor is so-called because it was the first watch in the world to have four balances – all in the name negating the harmful effects that gravity has on timekeeping. In addition, in another world-first, there was also a limited edition of the Quatuor that has a case made out of silicon. It is, therefore, fitting that Roger Dubuis has done it again by being the first watch to use cobalt chrome. 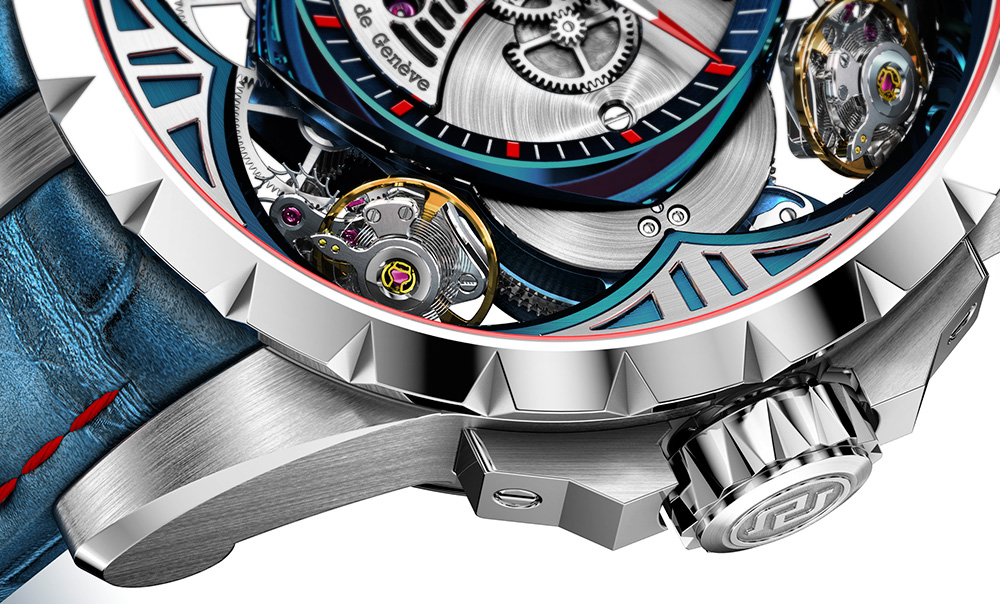 Cobalt chrome is an alloy with a very high specific strength and biocompatibility, and it is used widely in the medical and aeronautical industries to make turbines, artificial knee and hip joints, and even dental crowns. 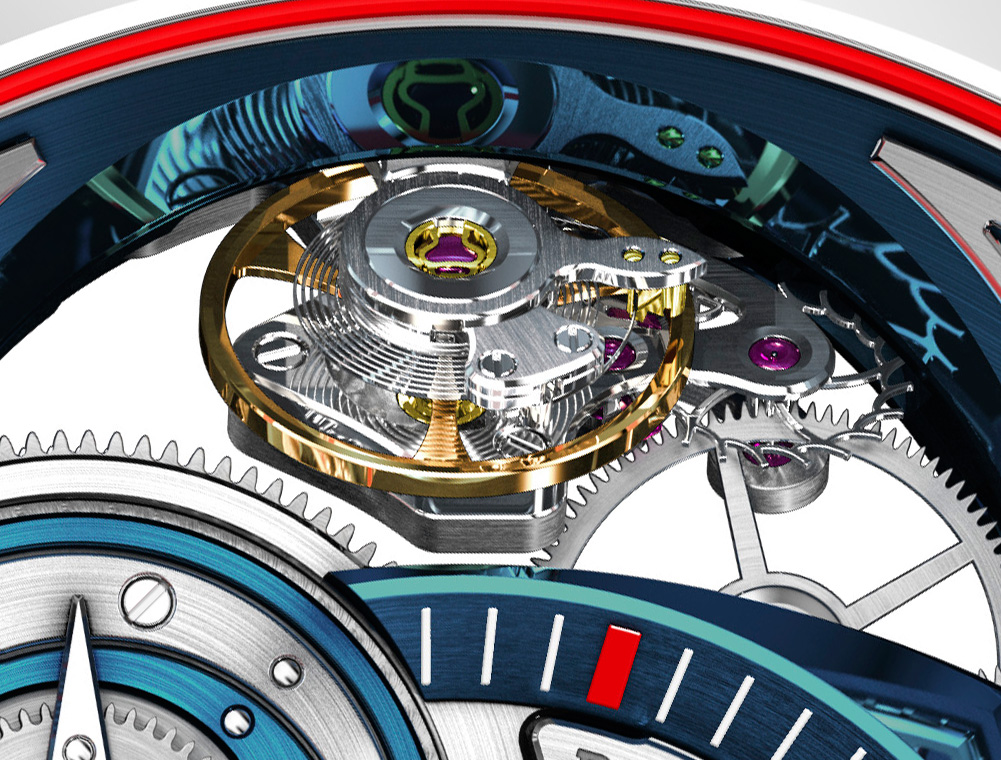 According to Roger Dubuis, the cobalt chrome case of the Roger Dubuis Excalibur Quatuor Cobalt MicroMelt watch is produced using an exclusive process called MicroMelt. This involves a long list of processes that include melting and atomizing the alloy into a fine powder before being blended and poured into canisters where they are sealed and pressed to produce highly dense hot-rolled bars. The MicroMelt process ensures that the resultant product is uniform in its density, which translates to higher strength. High strength aside, the use of this unique alloy also means that the Roger Dubuis Excalibur Quatuor Cobalt MicroMelt watch has a sheen that is unlike any stainless steel or titanium case watch. 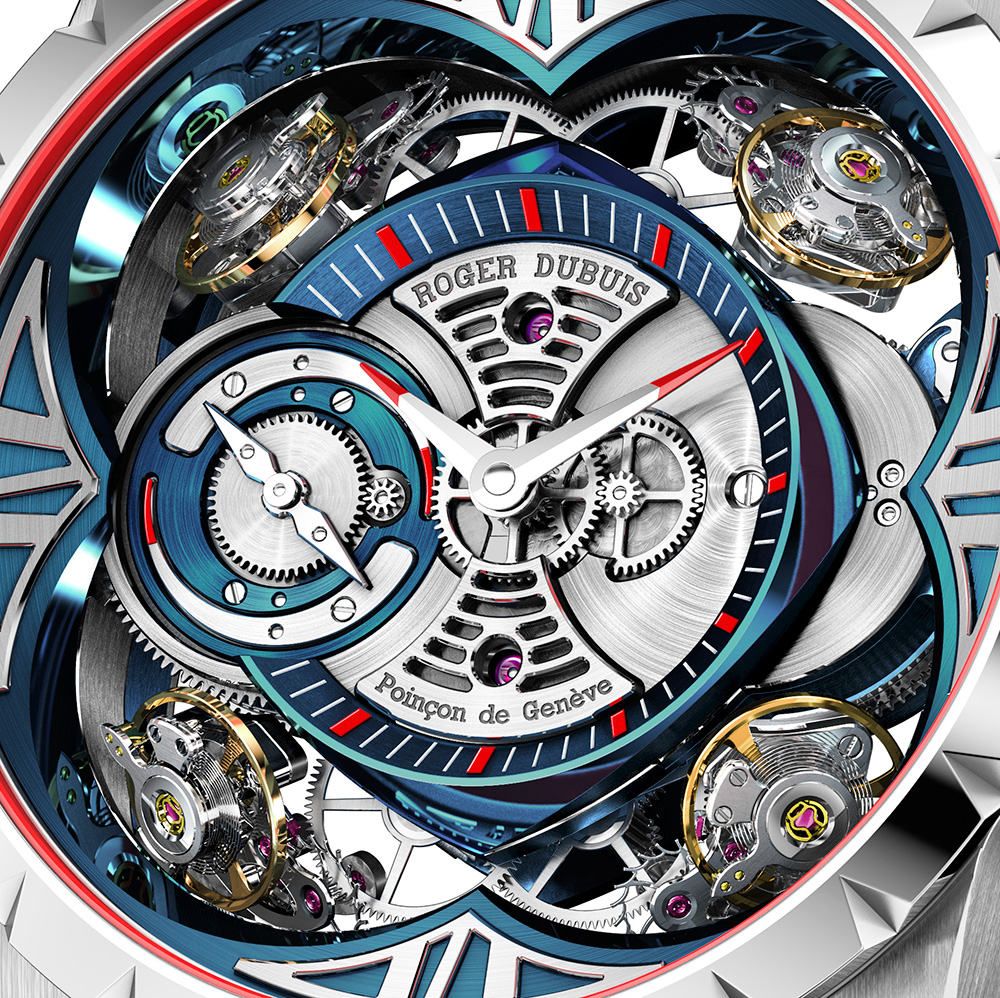 Inside, the Roger Dubuis Excalibur Quatuor Cobalt MicroMelt watch is powered by the same hand-wound RD101 Quatuor movement with 590 components. All Roger Dubuis movements are certified with the Geneva Seal – and we visited their manufacture to learn exactly what that entails here. With 40 hours of power reserve, the four balances beat with a combined frequency of 16Hz or 115,200vph and are linked by five differentials to average out the rate. In theory, this should cancel out the effects that gravity has on each balance. It is a visually arresting movement, but more notably, people who have handled the watch in the flesh all say that because of its four balances, it makes a unique sound unlike any other watch. 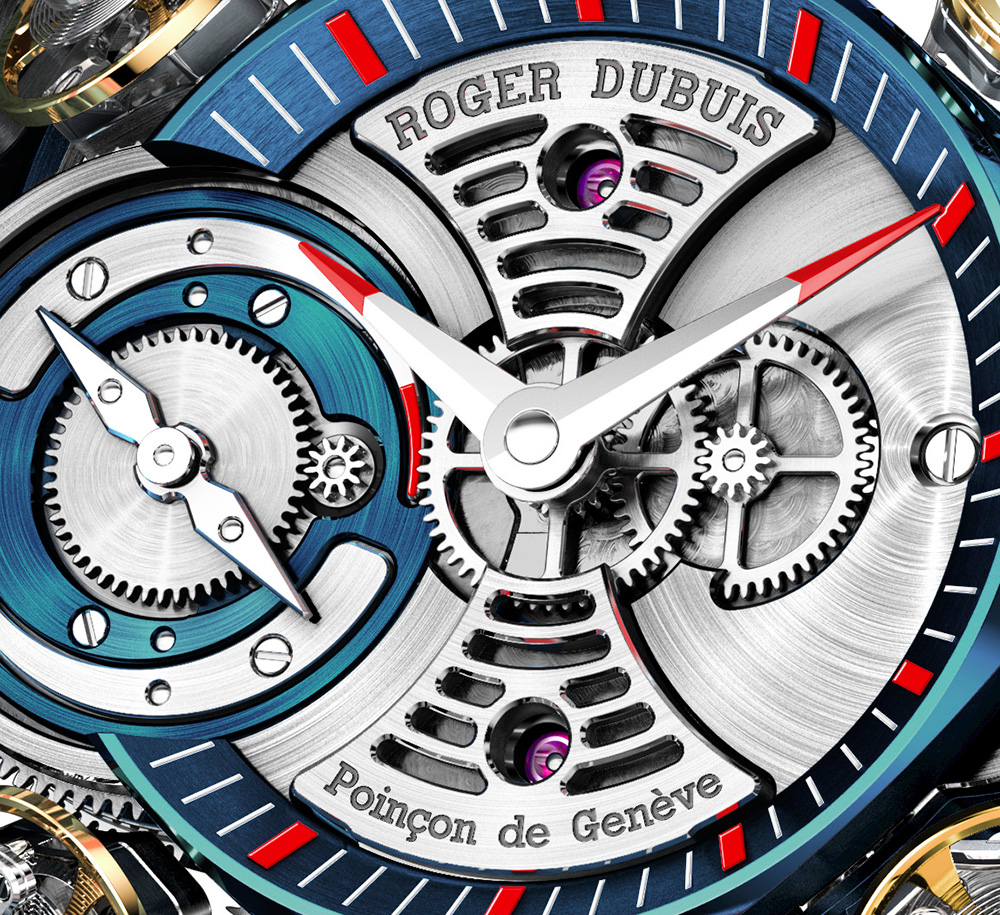 To complement the unique look of the 48mm-wide, 18.38mm-thick cobalt chrome case (water-resistant to 50m), the RD101 movement in the Excalibur Quatuor Cobalt MicroMelt watch has unique blue PVD coated plate and bridges. The dial and flange have been coated with blue PVD as well, and the main dial itself also has a red and white printed minute track and rhodium plated index. The alligator strap also comes in blue and has red stitches to match. The folding clasp, however, isn’t made of cobalt chrome. Instead, it is made out of Grade 5 titanium. In any case, it all makes for a very striking watch.

The Roger Dubuis Excalibur Quatuor Cobalt MicroMelt watch is priced at 390,000CHF and will be limited to just 8 pieces. rogerdubuis.com