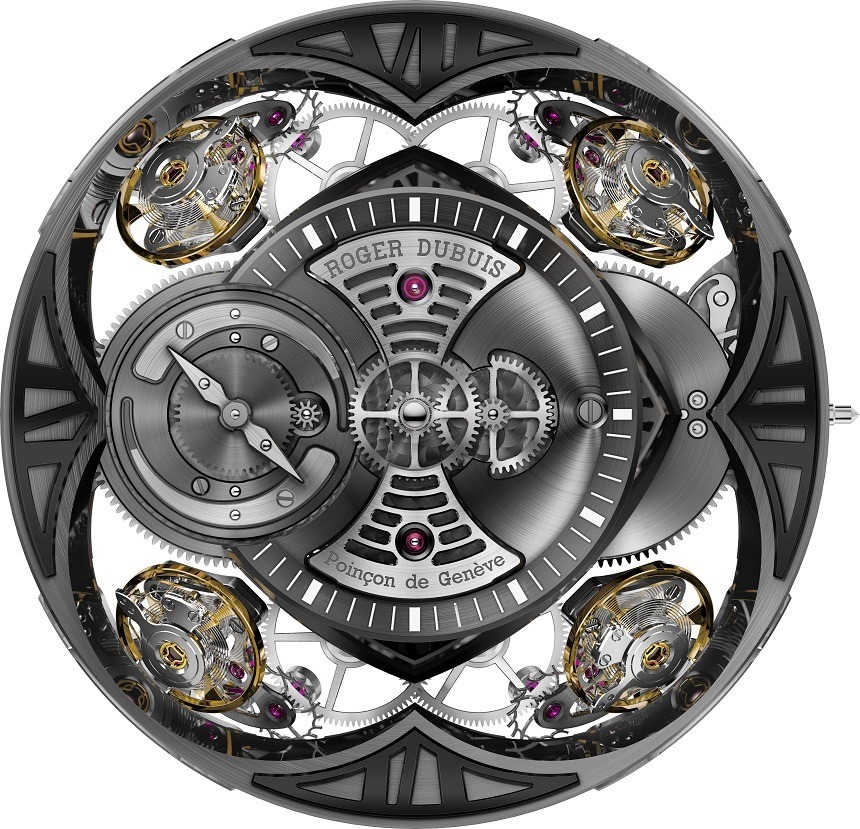 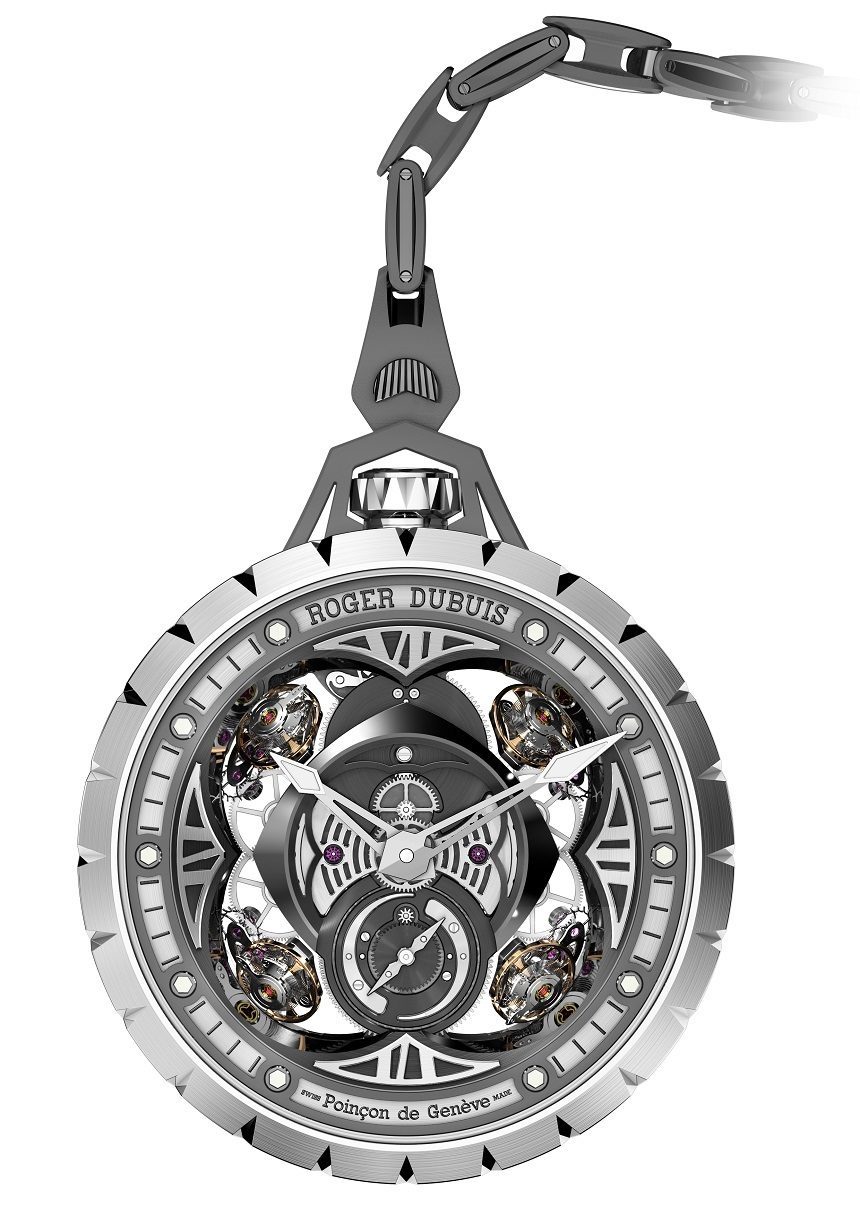 It is very unusual to look at a piece of such undeniable quality as the Roger Dubuis Excalibur Spider Pocket Time Instrument and find a number of more critical points sooner than anything else – but I guess this example is one that I will remember as proof that first impressions can be misleading… With the release of the Roger Dubuis Excalibur Spider Pocket Time Instrument, this Geneva-based manufacture has actually stepped up their game. At SIHH 2013, Roger Dubuis released the Quatuor (hands-on here), a watch with a weird name and a weirder (and amazing) movement: and so, in the past, it may have been arguable to suggest that Roger Dubuis was a hair more concerned with the aesthetic than the technical, but with such a halo-piece, the manufacture has proven beyond doubt that technical whimsies are very much a source of interest. 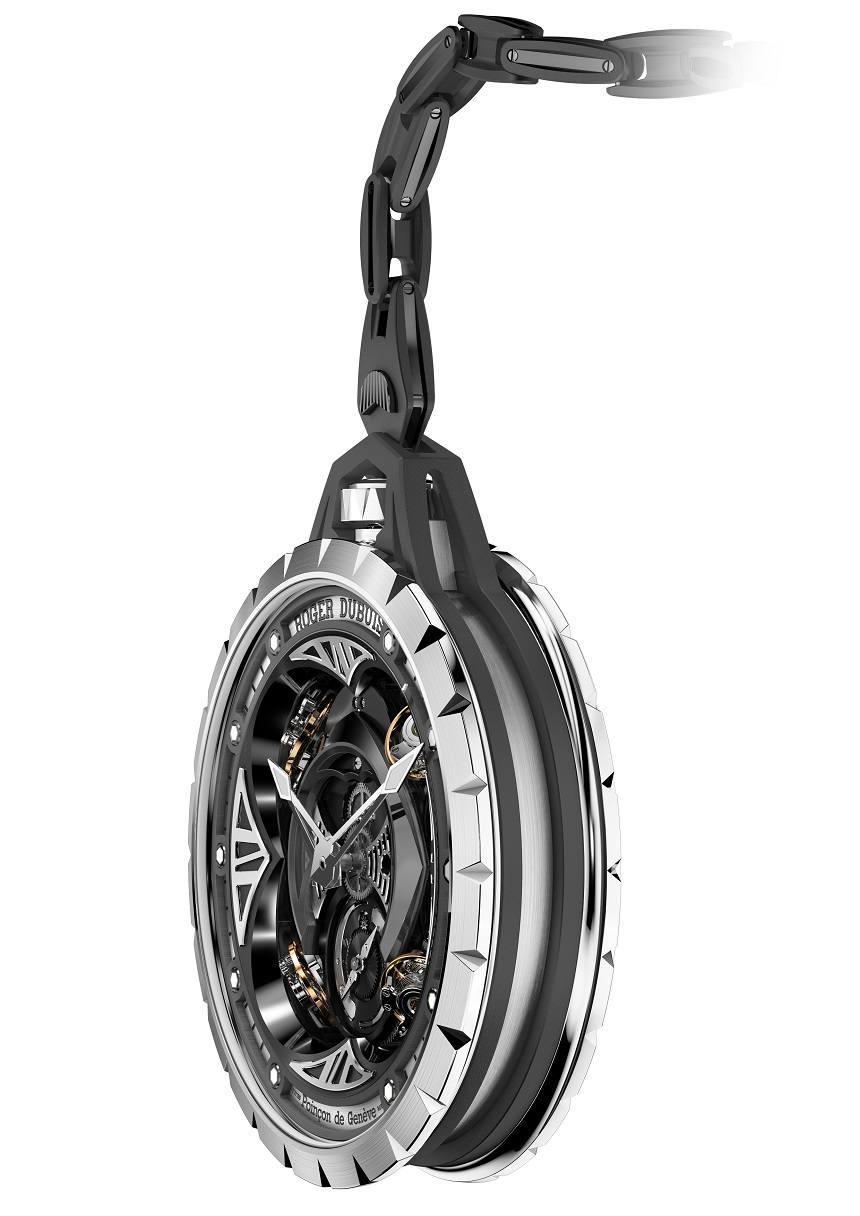 And why am I so sure? Because four balance wheels is just excessive in a way that is rare to see even from some of the most ambitious of high-end Swiss watch brands. It’s not uncommon to find horological experts who dismiss the tourbillon’s true ability to eliminate gravitational error but still regard it as an interesting and worthwhile addition to a calibre. It may well be nothing more than a technical exercise, but would it be unfair to say watchmaking in a wider context is anything more than that? Labouring under that assumption, Roger Dubuis has produced a pocket watch calibre with four separate balance wheels, based on the movement inside the Quatuor. Four. Together, these balance wheels and the rest of the 590 components that constitute this watch do their utmost to minimise the effects of movement, gravity, molecular inconsistency.

I would never criticise endeavour for endeavour’s sake. I would never scoff at the manual achievements of the Roger Dubuis watchmakers. But I did wonder if this iteration of the war on gravity is as cool as it thinks it is. I wondered thus because I thought it was crass on first look. I thought it may have extolled a “bigger is better,” or “more is merrier” attitude – just keep throwing balance wheels at gravity and it will stop being a nuisance. But then, I remembered what watchmaking is trying to prove, and it changed my mind. It’s not about how good something actually is; it’s all about how much we can do in the face of the impossible. It’s about effort and ingenuity, about style and functionality in harmony, about the impossible made possible. 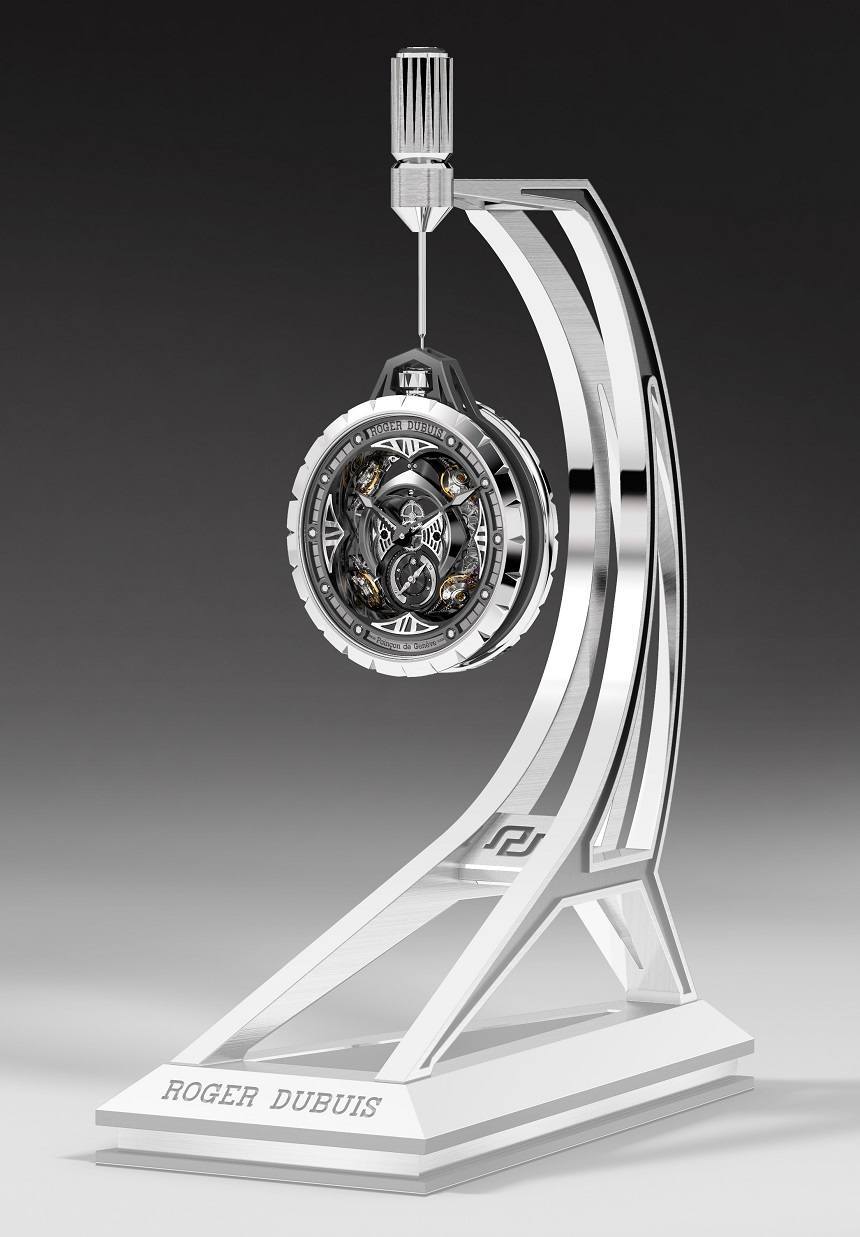 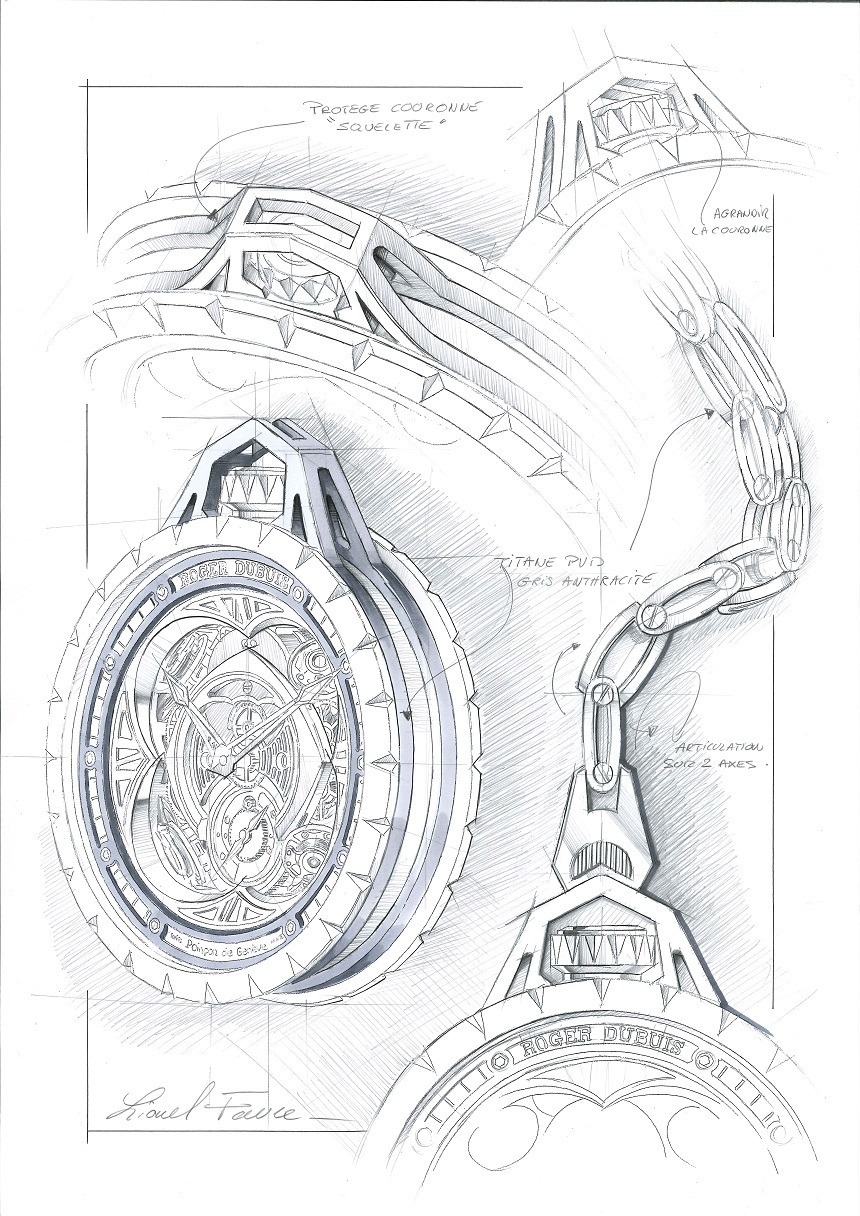 Interestingly, the hour markers are represented by a very strange, somewhat curtailed font at twelve, three, six, and nine o’clock. The numbers are depicted in Roman Numerals, but chopped-off at the waist, meaning the 12 and nine are particularly obscure. The cut-off point means they are indistinguishable from the “V” that represents “five” in every way but their angle. I’m not a huge fan of the style, but it does lend a bit of symmetry to the dial-edging, which is tasteful in its shape and frames the focus of the movement – the four independent balance wheels – nicely. You may baulk at the price tag of $468,500, but does it really matter? It’s not something most of us could own, but it is an item of beauty and arguably even more so of technical excellence. It is an example of horological art because of the laudable folly undertaken by its creators. Is it bizarre? Yes. Is it brilliant? I think so. rogerdubuis.com