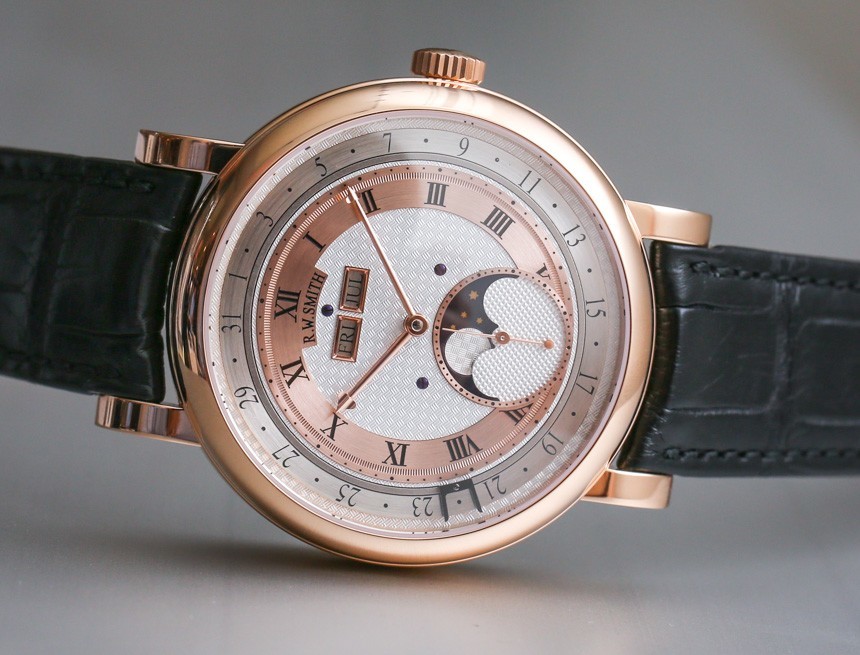 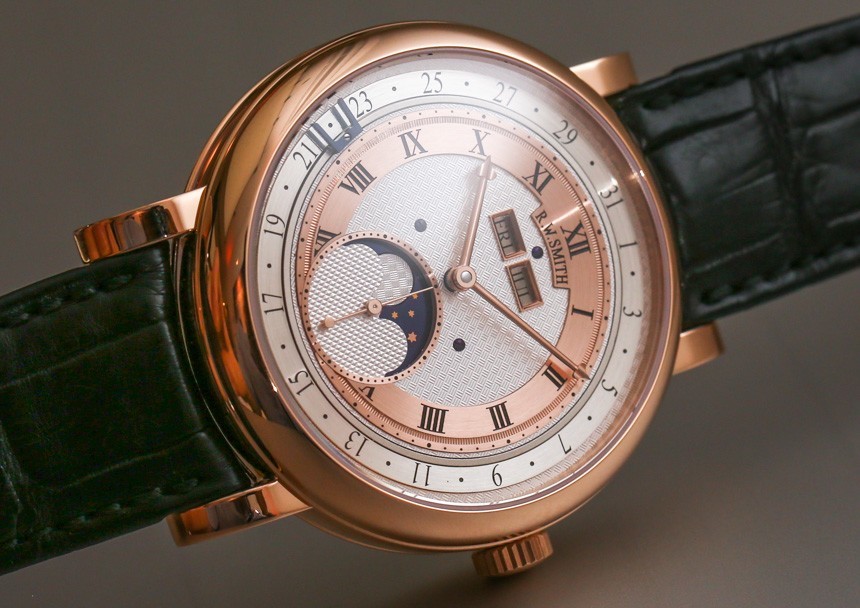 At SalonQP 2015, Isle of Man-based independent watch maker Roger Smith debuted four new watches – sort of. These new timepieces are considered to be his “first series of watches,” meaning that they won’t all be one-off pieces. Smith began producing watches back in 2001 and, according to him, has only produced 80 watches during those 15 years. That should speak to the intense time and effort required to make timepieces by hand, the old-fashioned way. At the show, I was able to take a look at the upcoming Series 1, Series 2, Series 3, and this Roger Smith Series 4 Triple Calendar Moonphase watch.

So what exactly made it a preview (more so than normal)? Well, none of the watches had movements in them. I asked Roger when we might be able to see this Roger Smith Series 4 Triple Calendar Moonphase watch in “working” condition, and the response was something like “probably a couple years.” Sort of shocked, and sort of not, the answer was a reminder of the reality that is Roger Smith’s work which sees him as a mostly one-man operation hand-making not only his watch movements, but also the cases, dials, and hands. 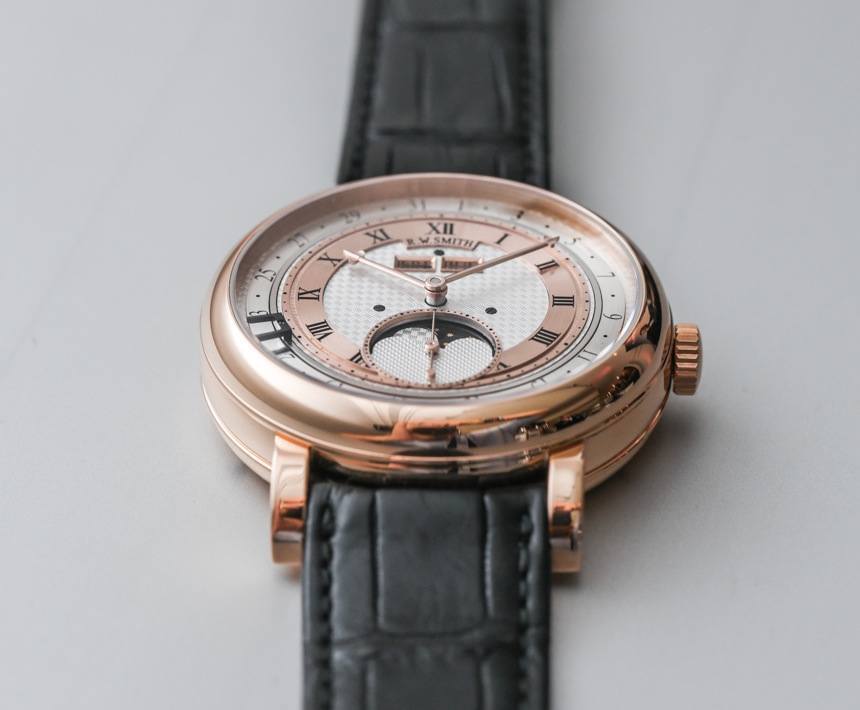 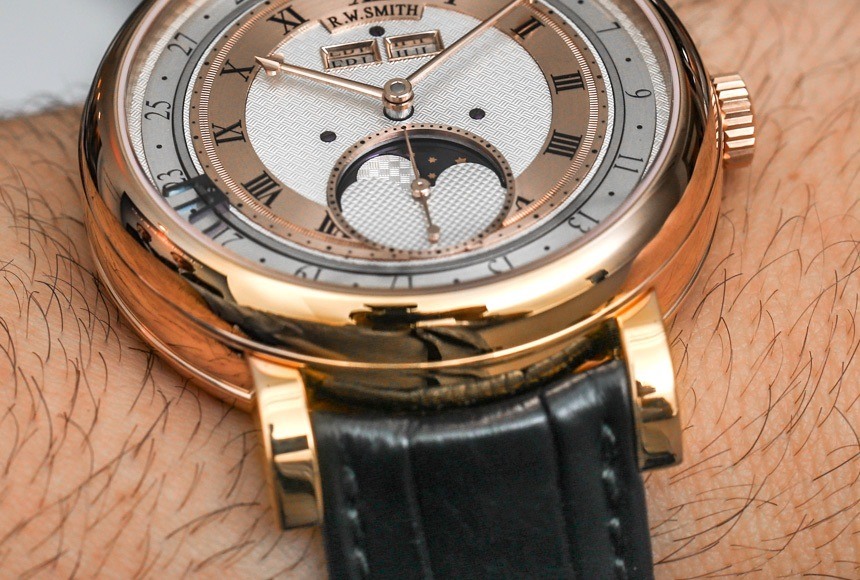 The preview of these four new (admittedly stunning) models is good news for Roger Smith fans, since people like him always need to offer a delicate balance between producing watches clients have ordered and dreaming up (as well as designing) new products. The Roger Smith Series 4 Triple Calendar Moonphase watch is the most complicated of the new group and showcases so much of what Roger Smith is fondly known for. 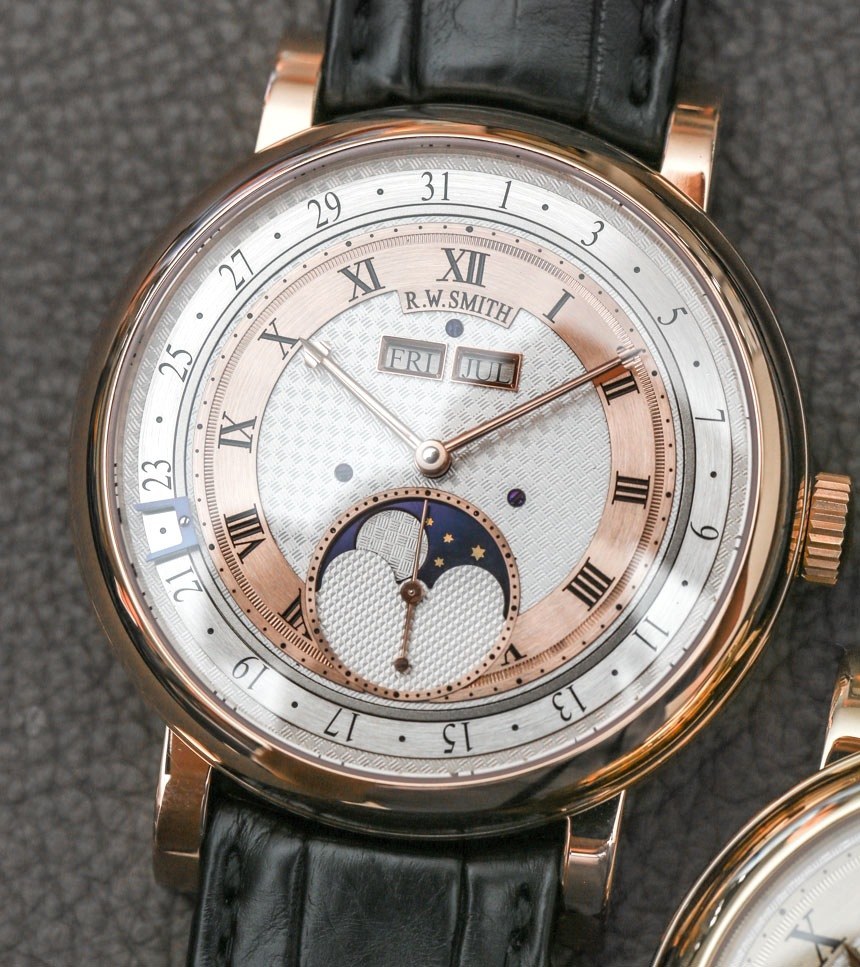 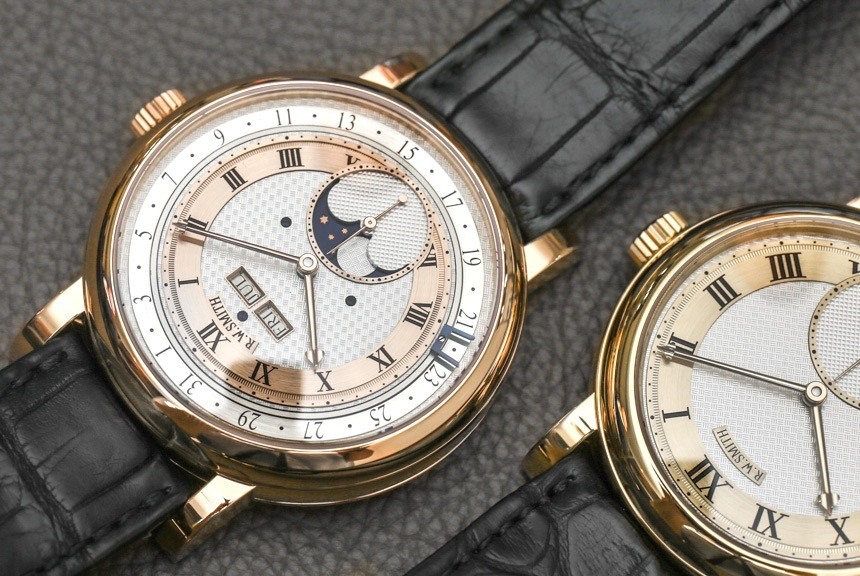 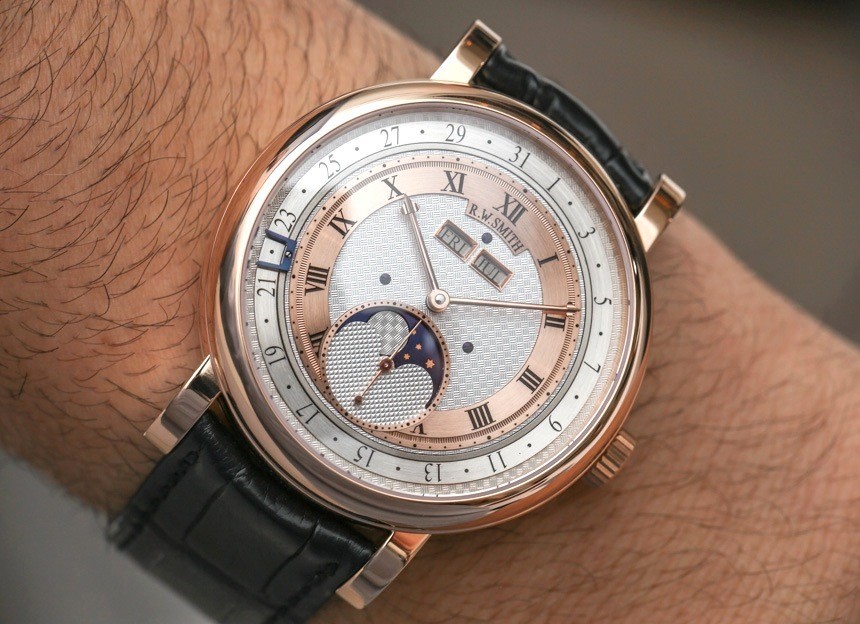 In the Roger Smith Series 4 Triple Calendar Moonphase and some other new Roger Smith watches, a slightly updated version of the co-axial escapement will be integrated into the watches. Improvements in the design allow for overall performance enhancements for a mechanism that is itself an obvious upgrade over the Swiss lever-style escapement found in the vast majority of other mechanical watches today. 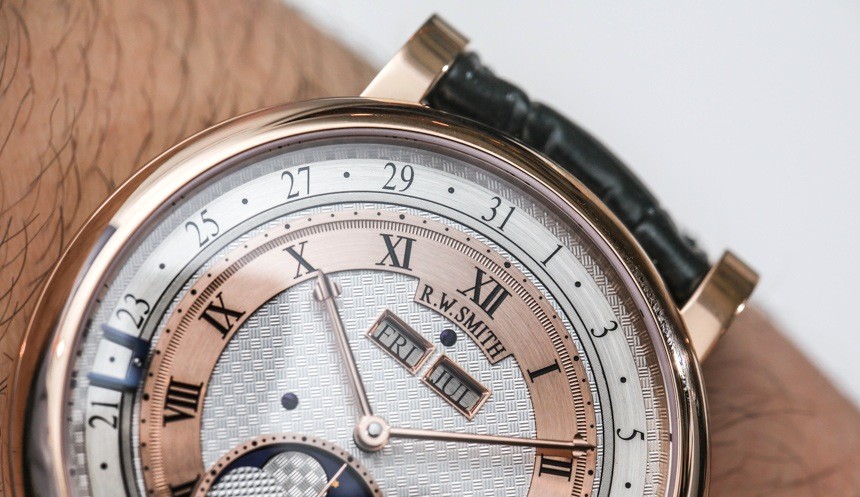 Overall improvements in a co-axial escapement more or less translate into more accuracy over time, longer intervals between serving, and less performance degradation over time as the next service interval nears. The newest generation of co-axial escapement wheels from Roger Smith (which apparently are a nightmare to produce due to the tolerances) also feature a one-piece construction which I believe is distinct from the original George Daniels designs. This further simplifies (and thus improves) the concept in watches. While thematically the same, it is interesting to see how visually and mechanically the co-axial escapement that will be produced by Roger Smith today has evolved from the originals produced by George Daniels several decades ago. 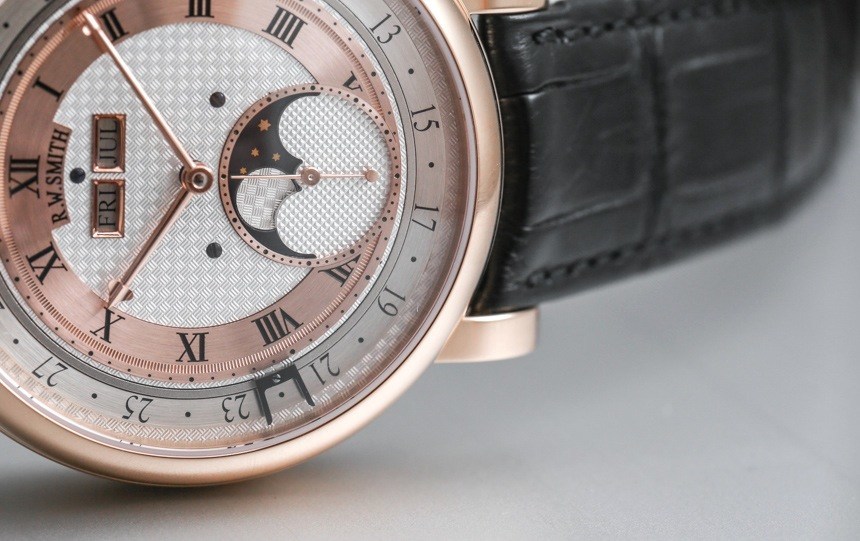 I suppose it will take a few years before we can talk more about the movement inside of the Roger Smith Series 4 Triple Calendar Moonphase timepiece, but until then, we more or less know what it is going to be like. The manually-wound co-axial escapement movement will feature time with subsidiary seconds, along with a moonphase indicator and triple calendar with windows for the day and month, along with a peripheral indicator for the date.