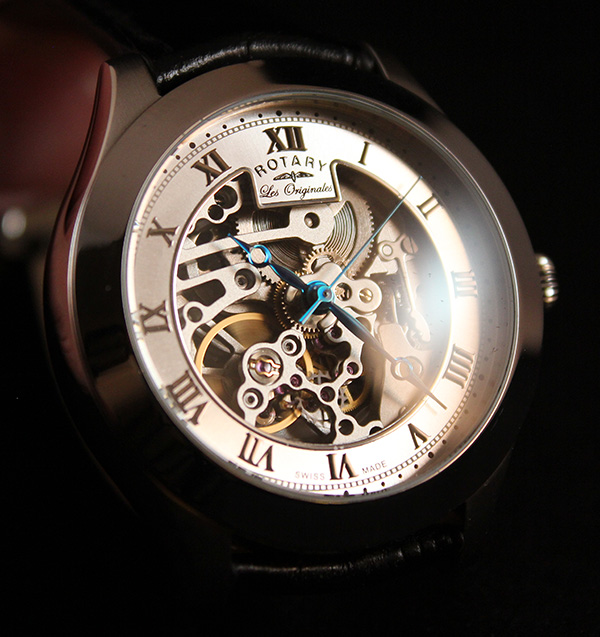 With the Jura, Rotary has created a line of skeleton watches which are classically styled and handsome, yet don’t overreach. Lower-priced skeleton watches are often horological traps set by fashion brands to ensnare budding watch enthusiasts under the false pretense of tradition and historical significance. What Rotary has done, is to proudly display the movement sans superfluous machine decoration. The Rotary name isn’t well known in the US but this privately-owned Swiss company is headquartered in London with the UK being its largest market. Rotary isn’t exactly forthcoming about the origin of their materials and movements but prices would suggest that the “Swiss Made” markings might not be as up-front as the designation would imply (e.g. the movement ain’t no ETA we’ve ever seen).

The Jura model range features a largely unobstructed view of the movement save for the silver chapter ring containing roman numeral hour markers along with the brand name and winged wheel logo.  There is a slight brushed star-burst texture which contrasts nicely with the polished hour markers. Blue-colored pomme-style hands mark the time and are legible enough with adequate light but can blend in otherwise. Skeleton watches aren’t exactly known for their legibility and the lack of lume anywhere, typical for a watch of this style, further emphasizes this point. 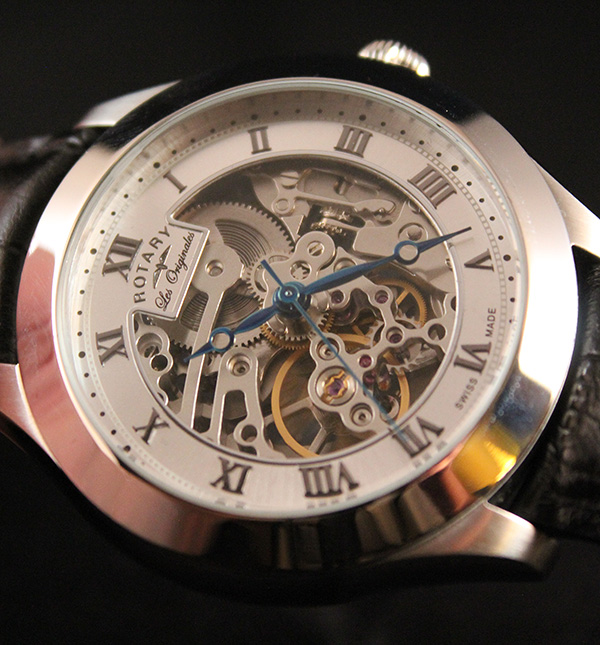 The rounded 42mm stainless case is highly polished and looks slightly larger due to a substantial sloped bezel. The sapphire crystal is only slightly domed but the overall rounded shape of the case causes it to appear far more curved than it actually is. A diminutive crown is partially recessed into the case causing it to be extremely difficult to pull out into the time setting position. It is still easy to grasp for winding and you’ll definitely want to keep up on that should the Jura see little wrist time. Keeping it on a winder could help with this as well. A snap-on sapphire display back offers an additional view of the movement. 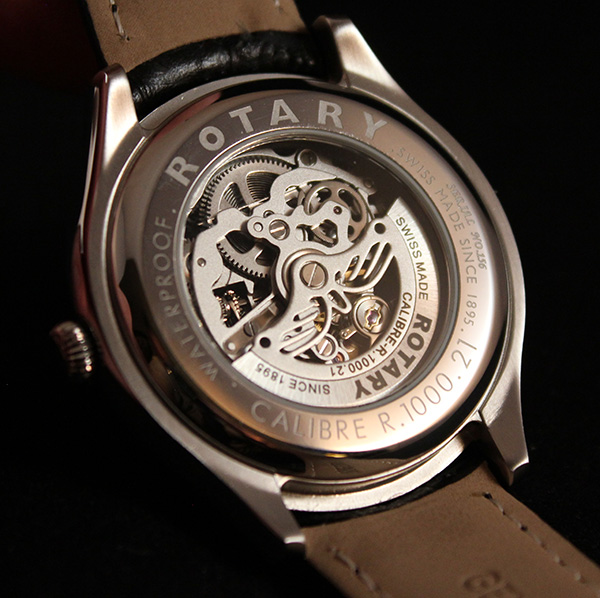 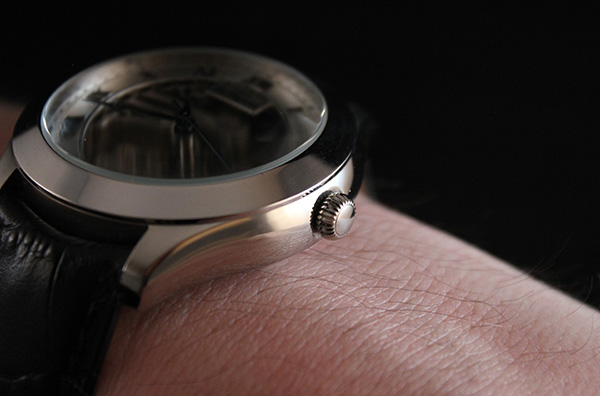 The centerpiece for the Rotary Jura is the Calibre R.1000.21. Rotary claims this to be their first ever proprietary movement. It is obviously skeletonized but this automatic movement also features a hacking function and can be manually wound. The bridges of the movement are thicker than you would typically find on a skeleton movement in this price range. This not only adds more depth and visual interest but also helps the movement to appear more robust. However, my favorite part of the Jura’s movement is the plain matte finish. That might initially sound a bit odd but let me state my case. There are few things more breathtaking upon close inspection than a meticulously finished skeleton movement hand decorated by masters of their craft. What makes those so amazing to behold also places them well out of the financial reach of most buyers. More affordable models often attempt to mimic the look poorly through rough machine finishing and confusing decorative scroll work. They occasionally look impressive from a (great) distance but never fool anyone up close. Rotary wisely chose to eschew such cheap tricks in favor of a simple and clean execution. The signed rotor also features a stylized “winged” window which helps viewing from the back. An embossed leather strap holds the Jura comfortably on the wrist. The strap ends are formed with the same radius as the case resulting in very little gap between them. Although the stainless buckle is signed with the Rotary logo, it does look thick and blocky compared to the entirely rounded case. While I appreciate the customization, a buckle with softer edges would have been preferred. 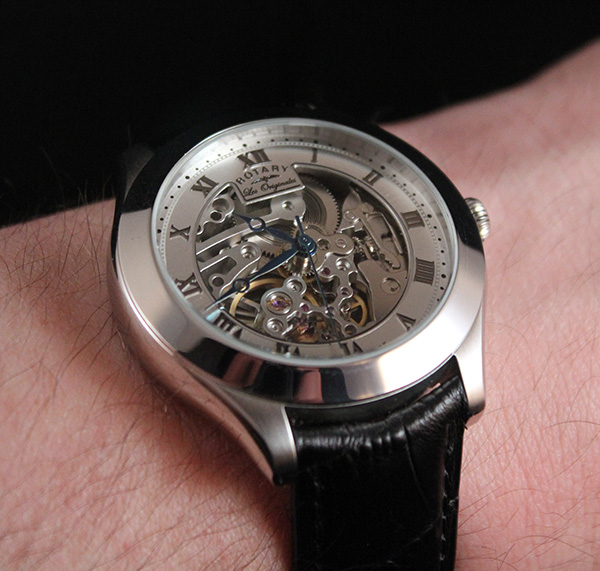 With the Jura, Rotary pulled together a classically styled skeleton watch with modern proportions and thankfully skipped cheap decorative tricks. Stylistically, it’s nothing new but Rotary did a good job with the look they were going for. It might not impress seasoned veterans or those with more expensive tastes but could easily capture the imagination of someone just starting out on their watch collection journey. The Jura skeleton watch by Rotary is available exclusively at Ernest Jones for £395. rotarywatches.com