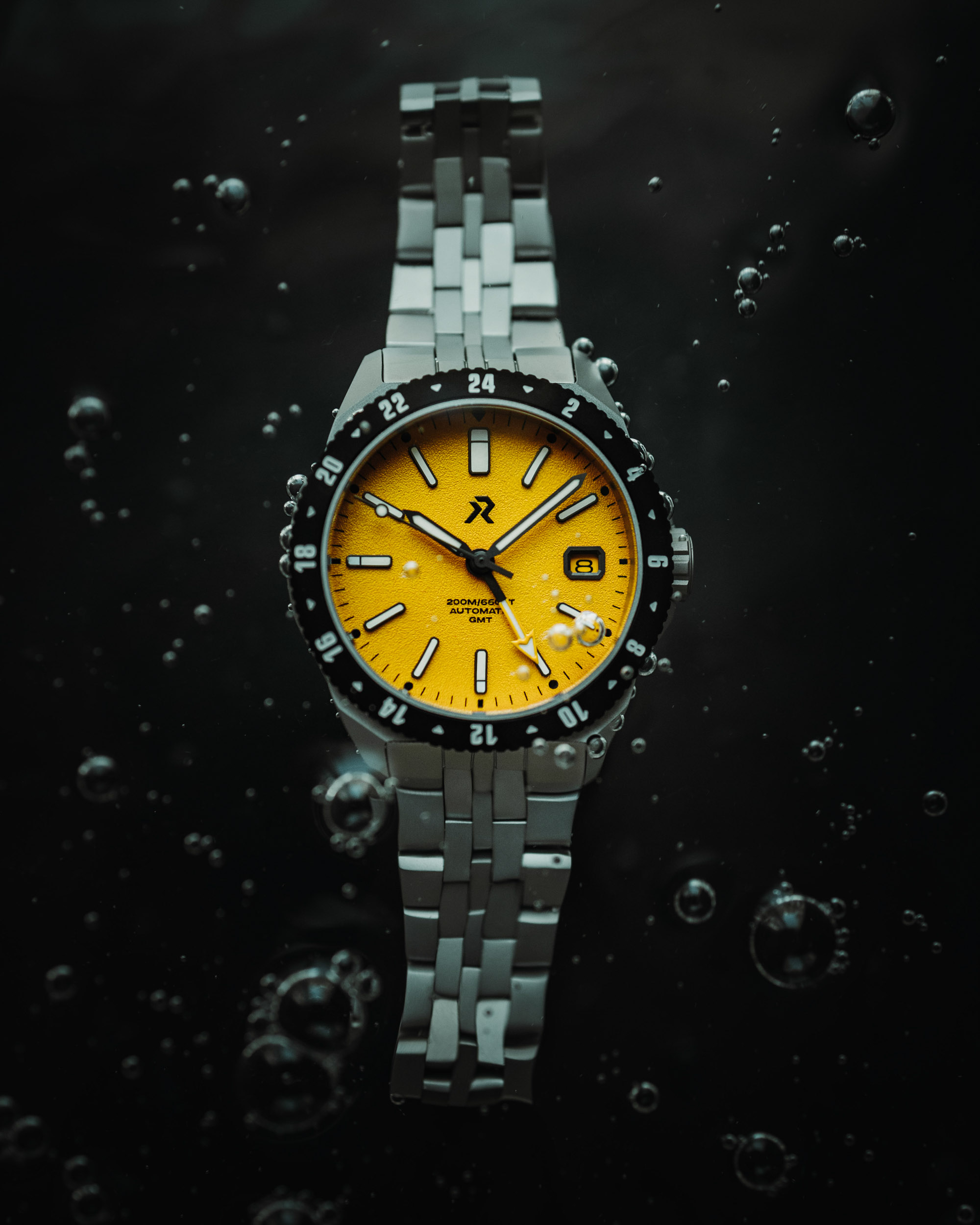 Back when the Seiko 5 GMT was first announced, arguably the bigger news than even the new watches themselves was the fact that there was soon going to be a Seiko GMT movement available to all of the various small-scale independent brands that wanted to create their own multi-time zone mechanical travel watches. As the new NH34 GMT movement makes its way into the hands of the microbrands, we are starting to see some serious value-packed GMT watches pop up for sale, and the latest offering to enter the space is the RZE Ascentus GMT, which takes the core case design of the brand’s popular Endeavor dive watch and expands upon it with GMT functionality, a date display, and an all-new bracelet design. 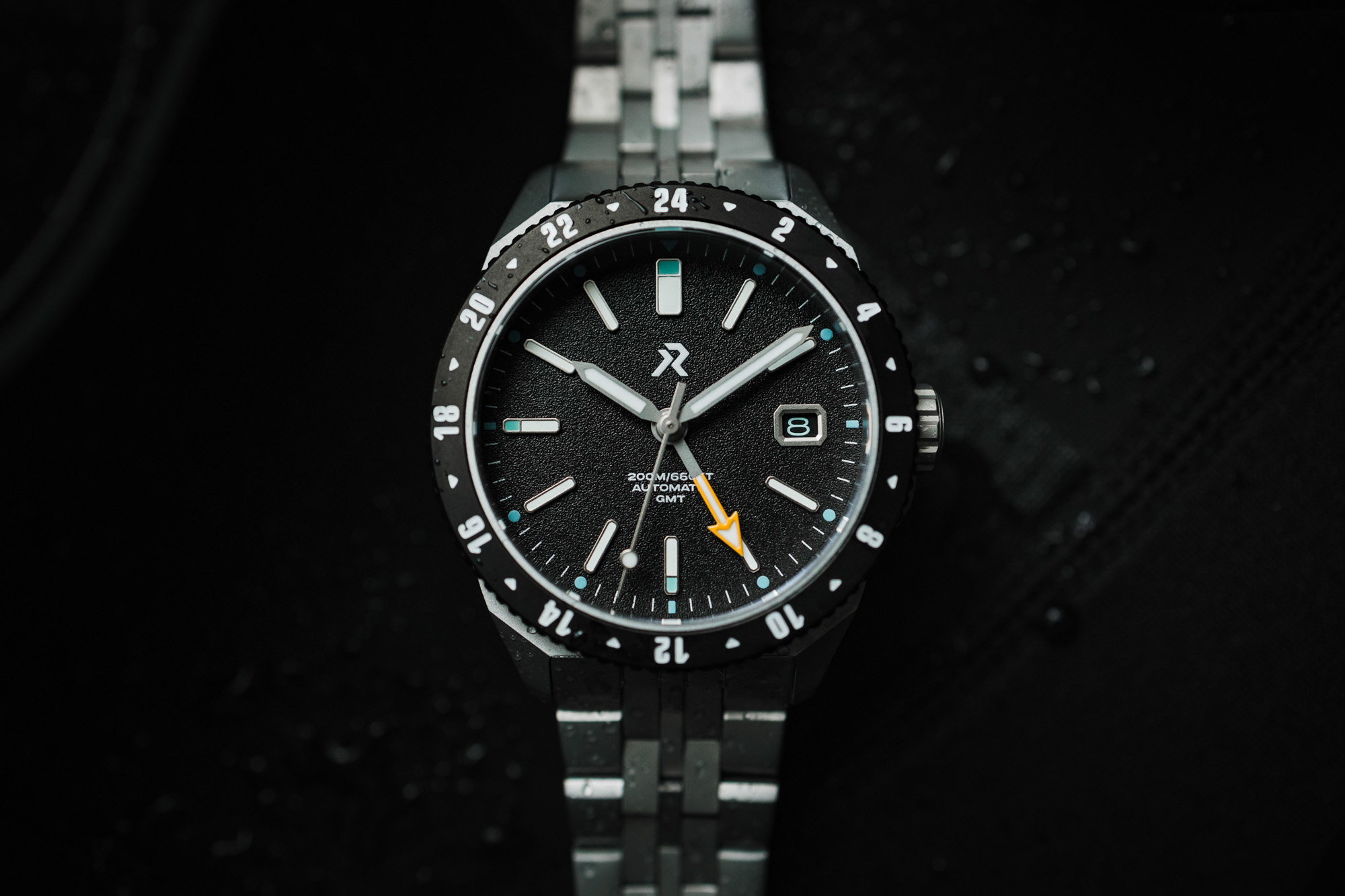 I recently chose to feature the RZE Endeavour as one of the watches in my column Actually Affordable, and for those who are not familiar with the model, the Endeavour is a full-titanium dive watch with 200 meters of water resistance and a full titanium bracelet, all covered in a highly scratch-resistant surface coating and priced at under $500. All things considered, the RZE Endeavor represents a highly compelling value proposition in a world where the average Seiko Prospex diver is continuously starting to march its way toward the thousand-dollar price point. That said, for those who like the overall look of the Endeavour but are instead in the market for a GMT watch rather than a diver, the new RZE Ascentus GMT offers much of the same core qualities as its dive watch sibling but with the added functionality of Seiko’s new GMT movement. 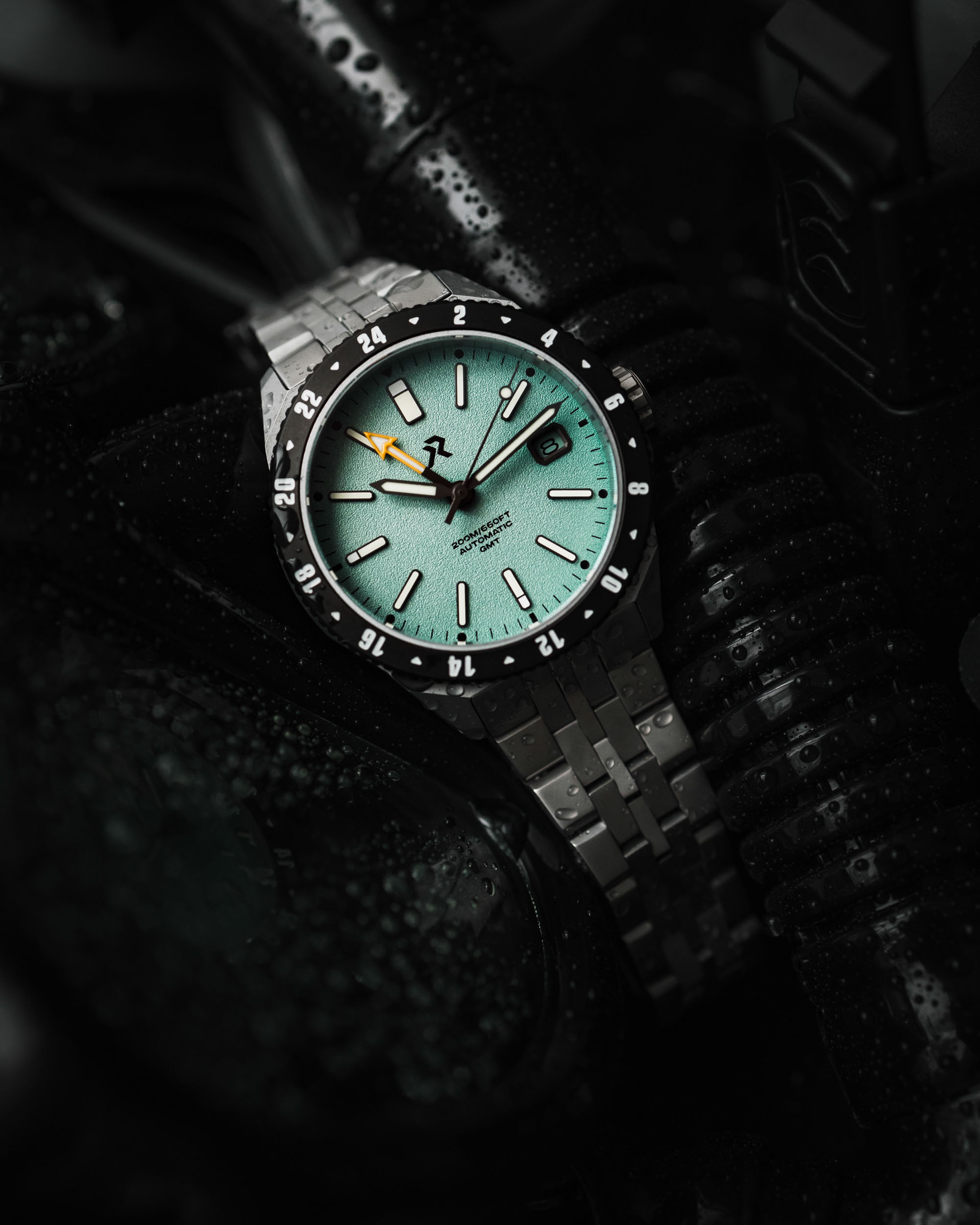 The grade 2 titanium case of the new RZE Ascentus GMT largely follows the same core design of the Endeavor dive watch, and it measures 40mm in diameter by 13mm-thick, with an overall lug-to-lug distance of 46mm. Just like its diver sibling, a flat sapphire crystal with an anti-reflective coating on the underside surface protects the dial, while a solid screw-down titanium caseback works together with a signed screw-down winding crown to help provide users with a fairly generous 200 meters of water resistance. However, while the Endeavour dive watch features a plain titanium bezel with a 60-minute elapsed time scale engraved upon it, the RZE Ascentus GMT is fitted with a black DLC finished bezel with a blue-glowing luminous 24 scale that works in conjunction with its GMT hand to display an additional timezone. The bezel motion is listed as being of the uni-directional 120-click variety, and while I personally would have preferred to see a bi-directional motion to better correspond with its GMT functionality, the fact that the bezel moves in a 120-click motion means that it can easily be set between values to track additional time zones that operate on a partial hour offset. 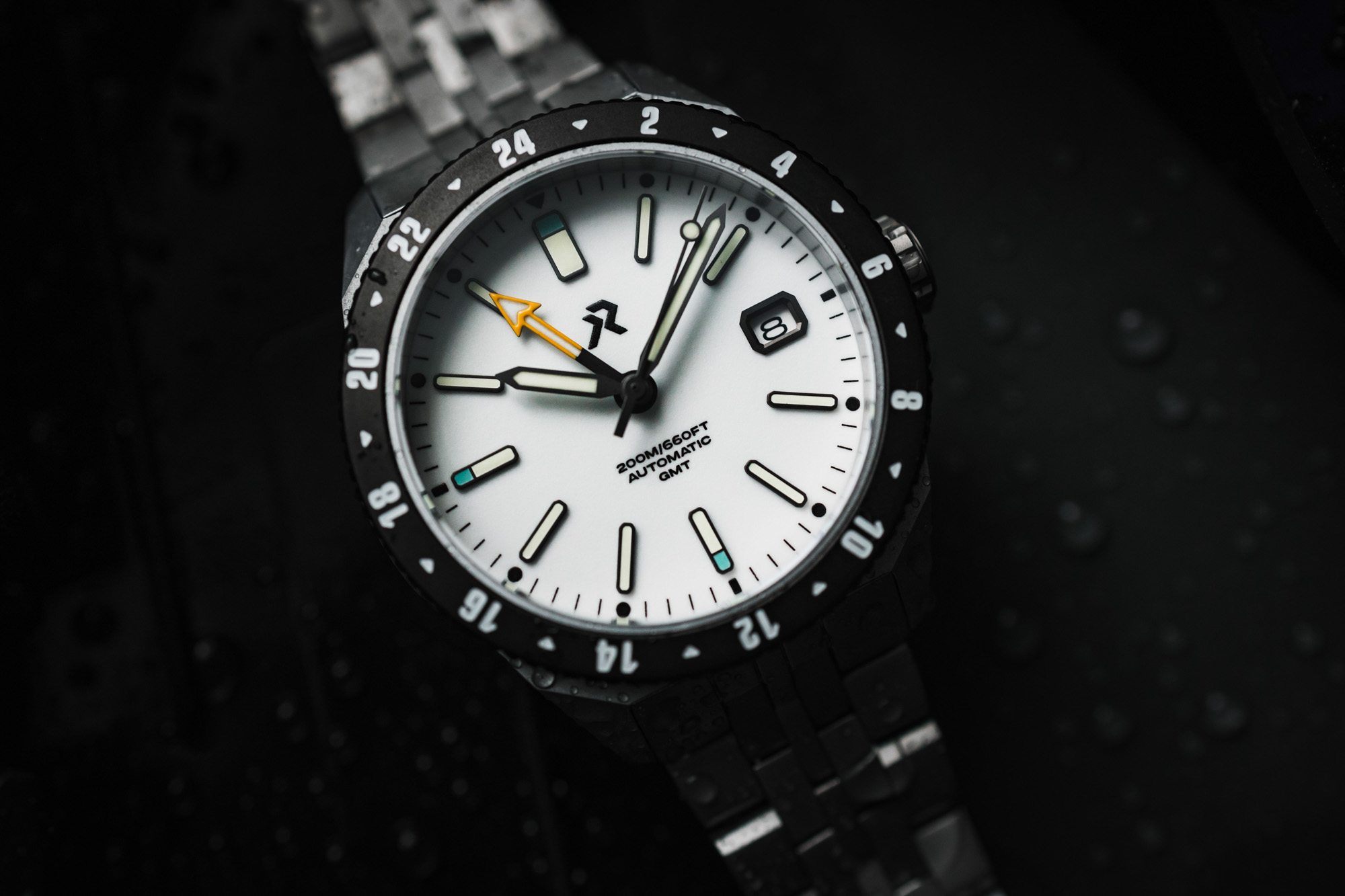 The dial of the RZE Ascentus GMT follows much of the same core design as what can be found on the Endeavour dive watch, except for the fact that it now features a date window at the 3 o’clock location with a calendar disc that is color-matched to the surface of the dial. Additionally, the “GMT” designation has now been added below the word “Automatic” on the lower half to denote the watch’s multi-time zone capabilities. The pointed baton-style handset is also carried over from the Endeavour series, although joining the trio is a fourth arrow-shaped 24-hour hand, which is finished bright orange and is somewhat reminiscent of the style of GMT-hand found on the current generation of the Rolex Explorer II. The two-color lume is also carried over from the Endeavour dive watch on most models, with green glowing hands and hour markers paired with blow glowing accents on the cardinal points, along with a blue glowing GMT hand and matching blue-emission lume for the 24-hour scale on the bezel. 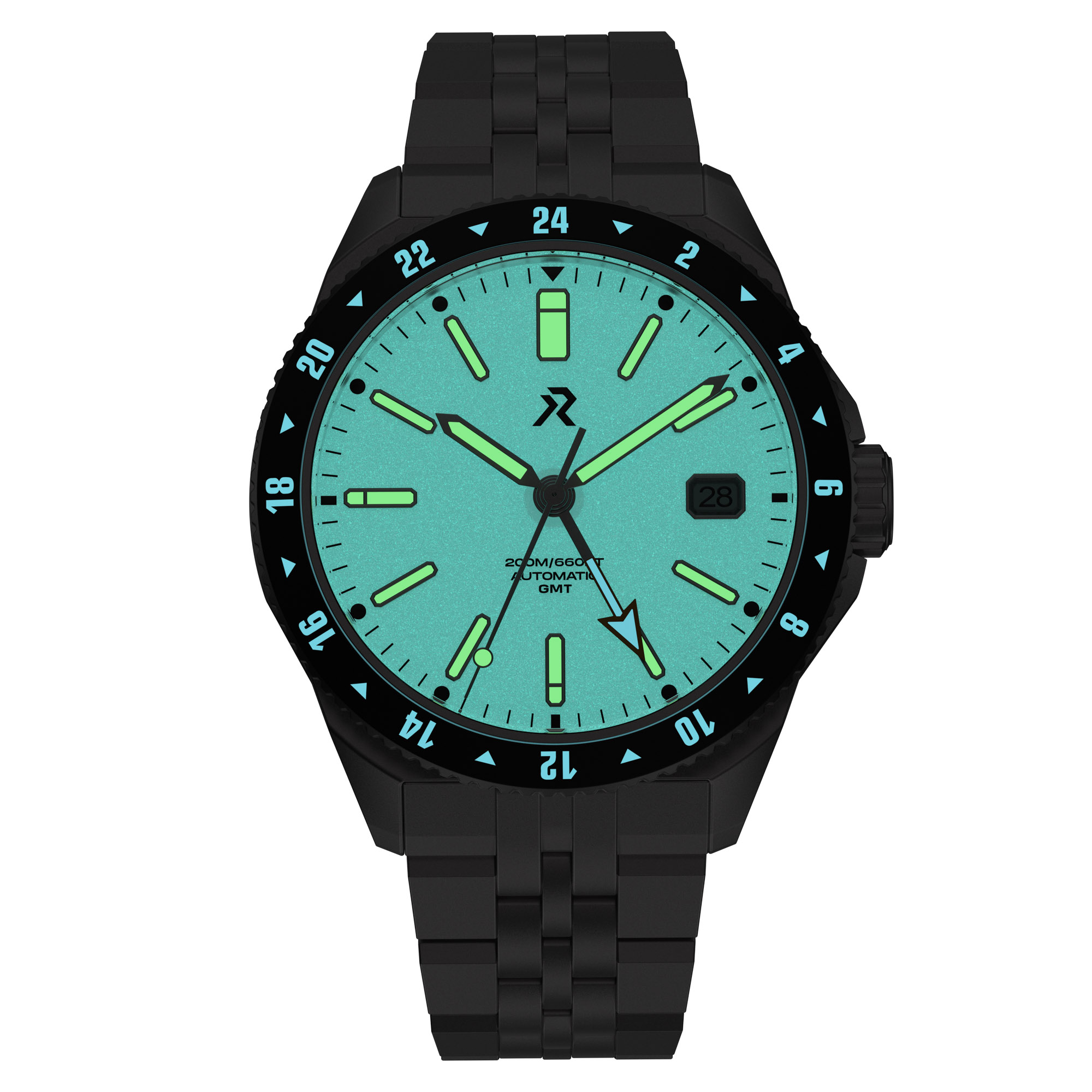 At the time of launch, dial colors for the RZE Ascentus GMT include black, white, blue, and yellow, although all of the watches receive a black DLC-coated bezel regardless of the specific dial color fitted to them. Additionally, all four variations are also fitted with the brand’s new Hex-Link bracelet, which features a more refined five-link design compared to the H-link style bracelet that is fitted to the Endeavour. Each piece of the Hex-Link bracelet is individually stamped and drilled before being milled to shape and pinned together, and this allows it to have a greater degree of overall flexibility. The design of the new Hex-Link bracelet could best be described as an angular and flatted version of the Jubilee, and while it remains fairly utilitarian in its overall appearance, it does offer a slightly more elevated aesthetic compared to what can be found on the Endeavour dive watch, and this is entirely fitting for a timepiece intended for international travel rather than scuba diving. Like all of RZE’s watches, the entirety of the case and bracelet of the new Ascentus GMT is finished in the brand’s proprietary UltraHex coating, which increases the surface hardness of the metal up to 1,200 Hv and gives the matte sandblasted surfaces a noticeably lighter color compared to the dark gray tones traditionally associated with titanium. 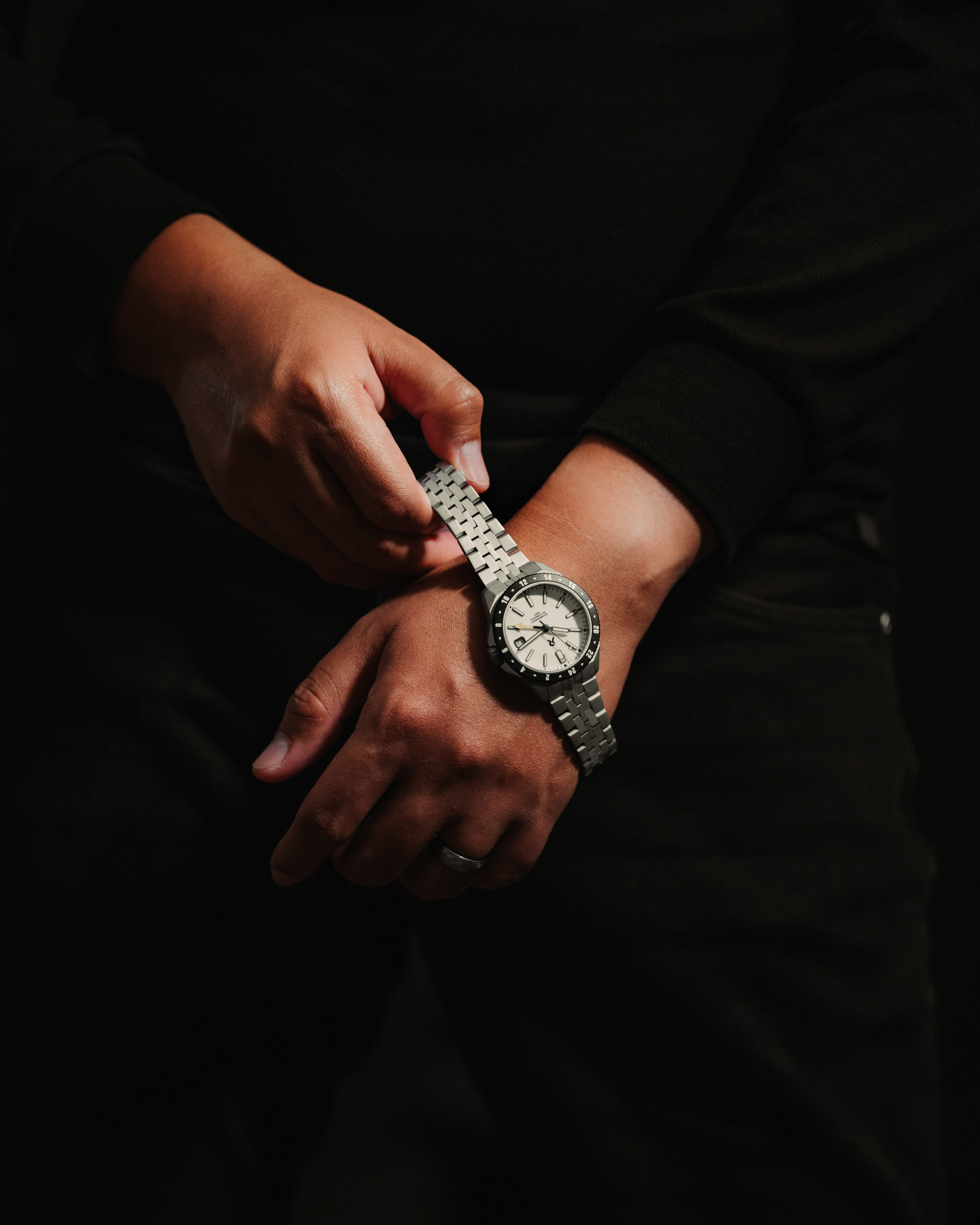 Powering the RZE Ascentus GMT is the Seiko NH34 automatic movement, which is the exact same as the Caliber 4R34 used to power Seiko’s own entry-level GMT watches. The NH34 designation is essentially the alternate name of the movement when it is sold to third-party brands to fit inside non-Seiko watches, and it offers all of the same specifications and performance metrics, such as an operating frequency of 21,600vph (3 Hz) and a power reserve of approximately 41 hours. The functionality of the movement is similar to what you will find on other office/caller-style GMT watches, and the secondary crown position will either advance the calendar display or 24-hour hand depending on the direction that the crown is rotated. Additionally, just like all of Seiko’s more modern mechanical movements, the NH34 offers the conveniences of hacking, hand-winding, and the ability to be easily repaired or serviced by nearly any qualified watchmaker in the entire world. 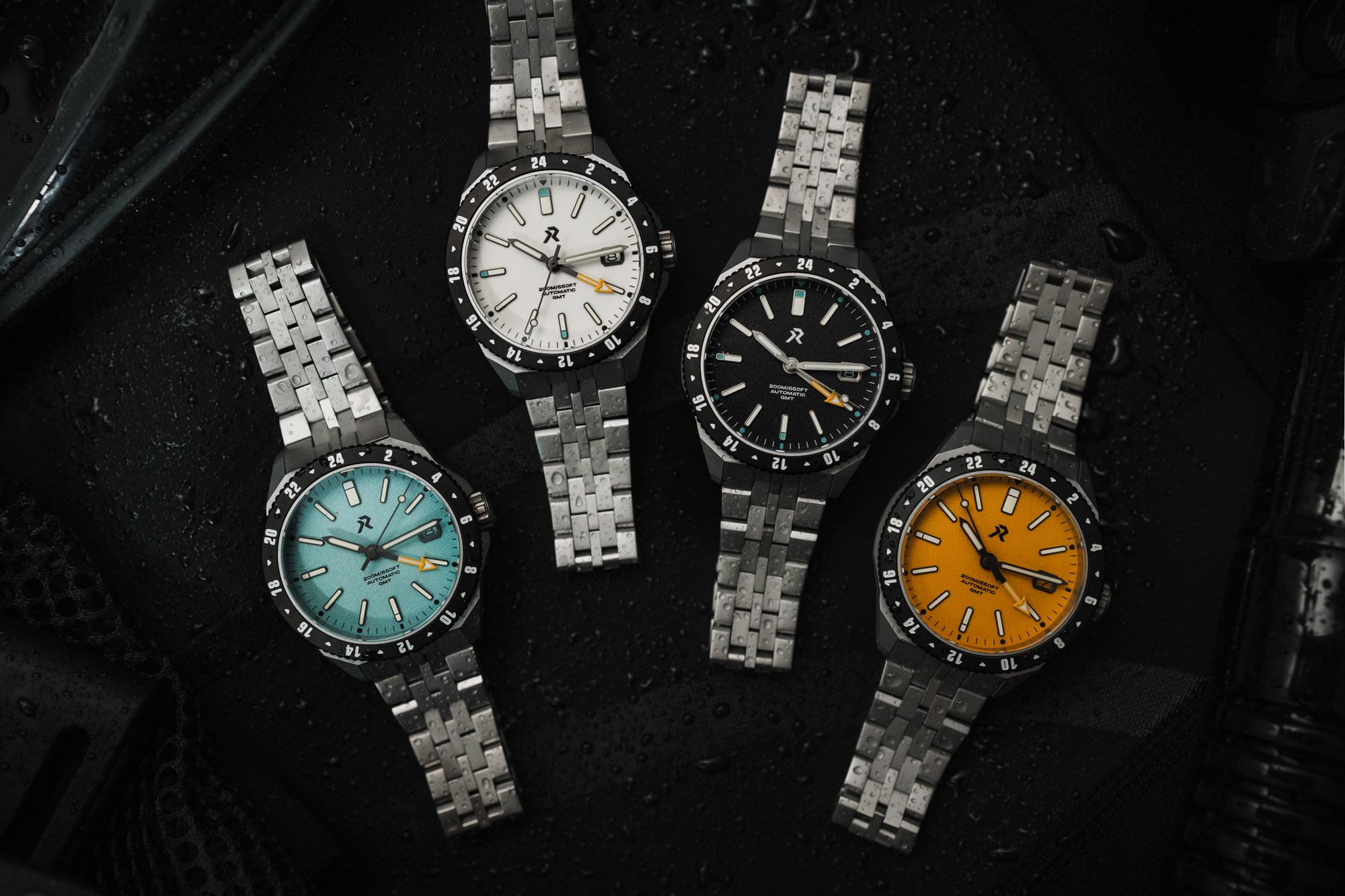 With an official retail price of $549 USD, the RZE Ascentus GMT represents just a $50 premium compared to the Endeavour dive watch, and this also makes it only about $75 more expensive than the Seiko 5 GMT, which isn’t made from titanium and lacks both a sapphire crystal and a screw-down crown. Even if it weren’t made from titanium, the RZE Ascentus GMT would still be a fairly compelling option among the various affordable mechanical GMT watches currently available, and when you consider that you are also getting a watch and bracelet made of surface-hardened titanium, plus the functionality of Seiko’s new mechanical GMT movement, it’s hard to deny that the Ascentus GMT brings a lot to the table at a price point that remains firmly on the affordable end of the spectrum. Pre-orders start now, and regular sales begin on November 15th, 2022, with delivery scheduled for the end of that same month. For more information, please visit the brand’s website.